Knossos or Cnossus, ancient city of Crete (Kríti), on the north side of the island, some 5 km (some 3 mi) from the coast, near the modern city of Iráklion. In the 2nd millennium BC Knossos was a center of the highly developed Aegean civilization of the Bronze Age. 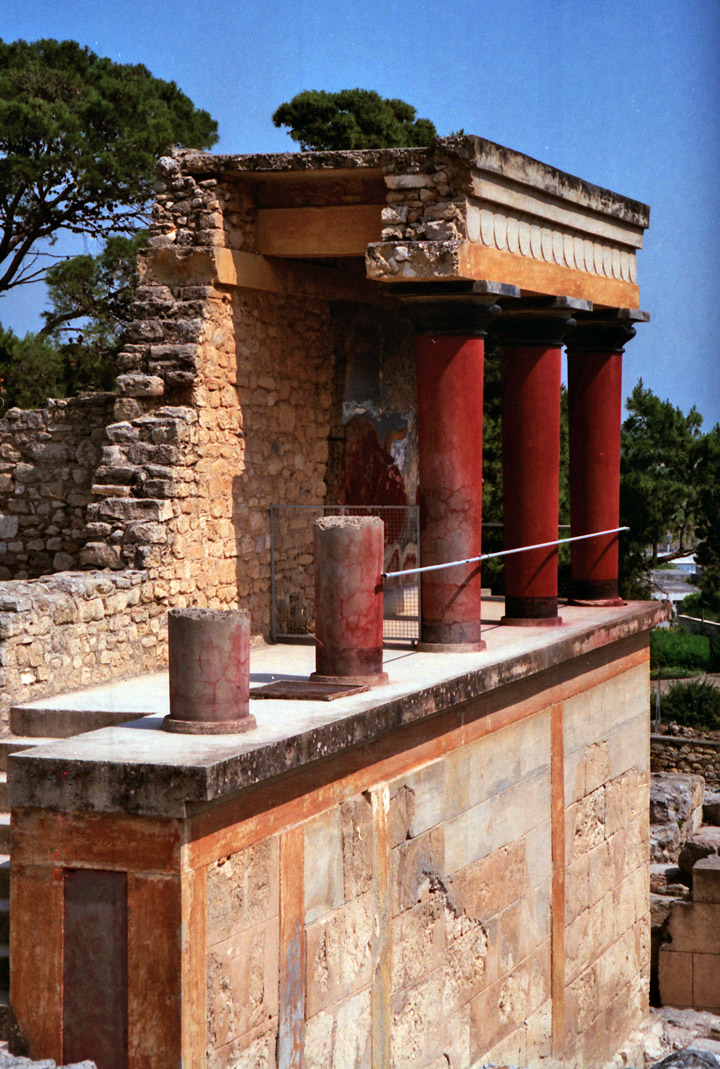 The city is frequently mentioned in Greek mythology; the Dictaean cave, legendary home of the infant Greek god Zeus, is nearby, and the labyrinth, home of the monster known as the Minotaur, is within the palace of King Minos. The prehistoric culture of Crete is known as Minoan, from Minos, the name of several legendary kings of Knossos. 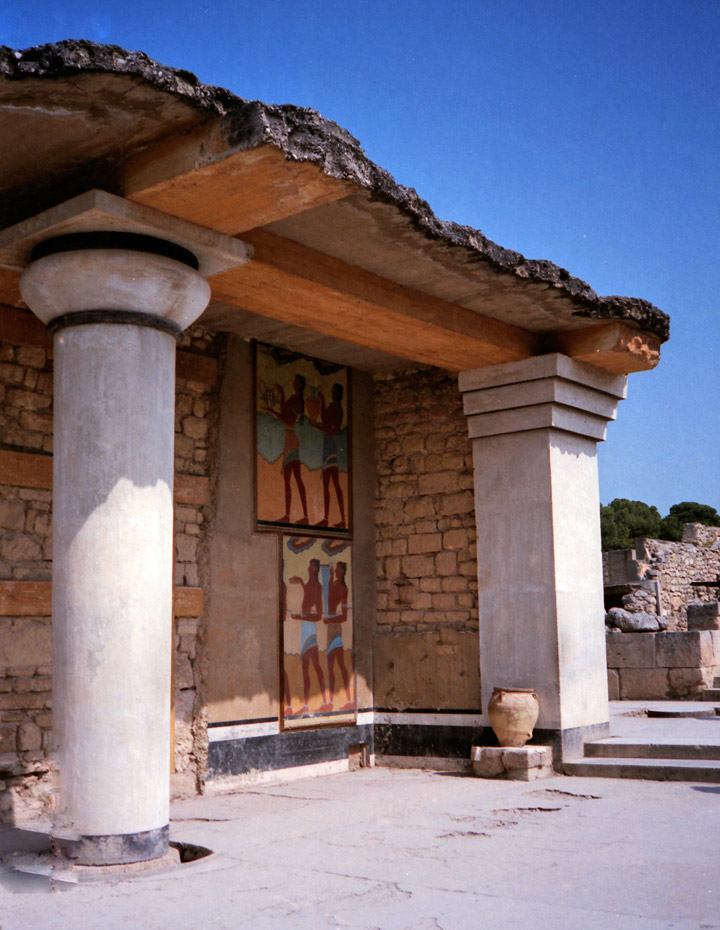 The city was founded before 3000BC. After about 1000BC it was dominated by the Dorians and about the 3rd century BC it became a Roman colony. In modern times the city has been the site of extensive archaeological investigations, the first of which were made about 1900 by the British archaeologist Sir Arthur Evans. 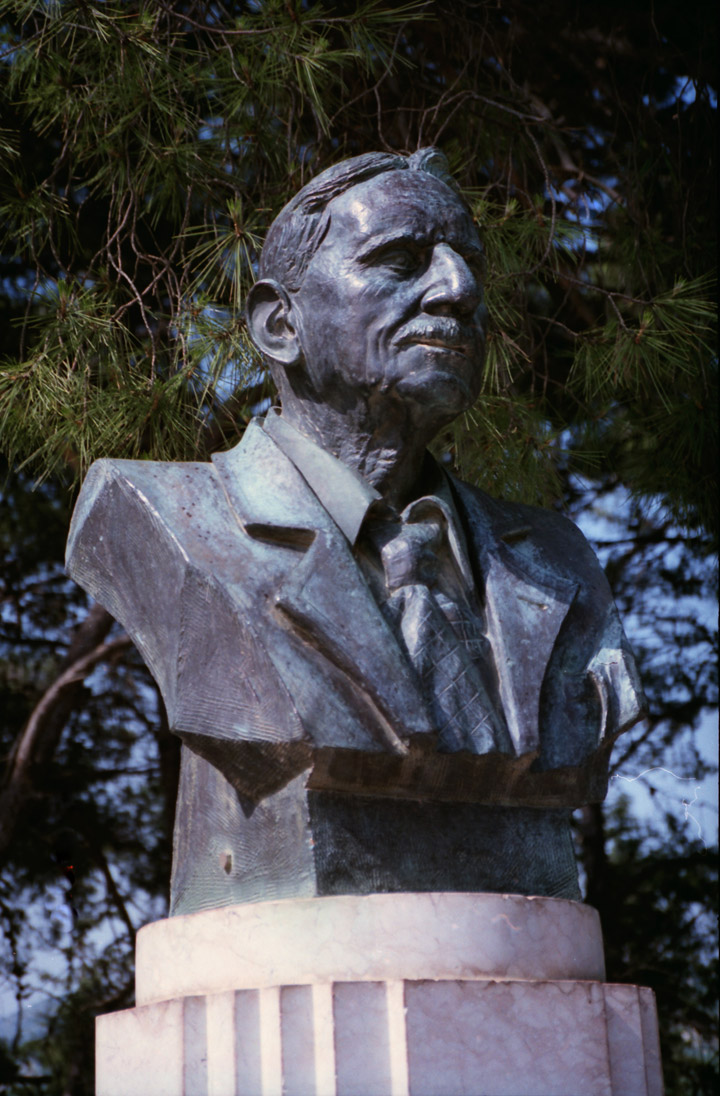 Evans excavated the royal palace, the greatest of a series of magnificent buildings. Knossos's decline dates from the destruction of the palace shortly after 1400BC. 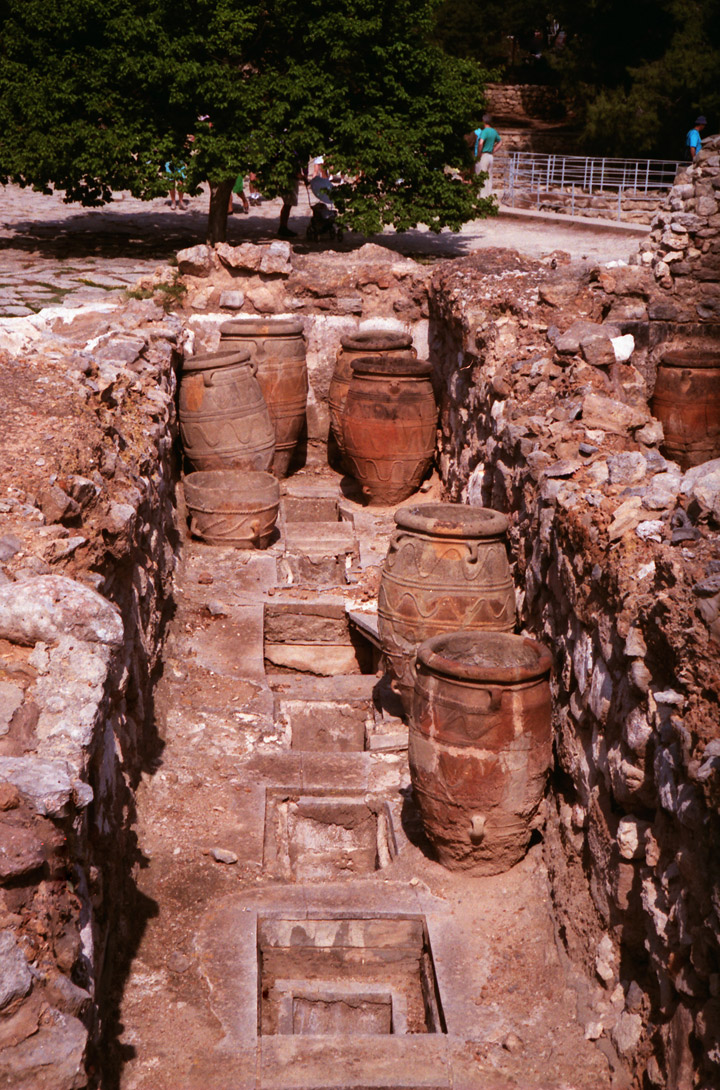 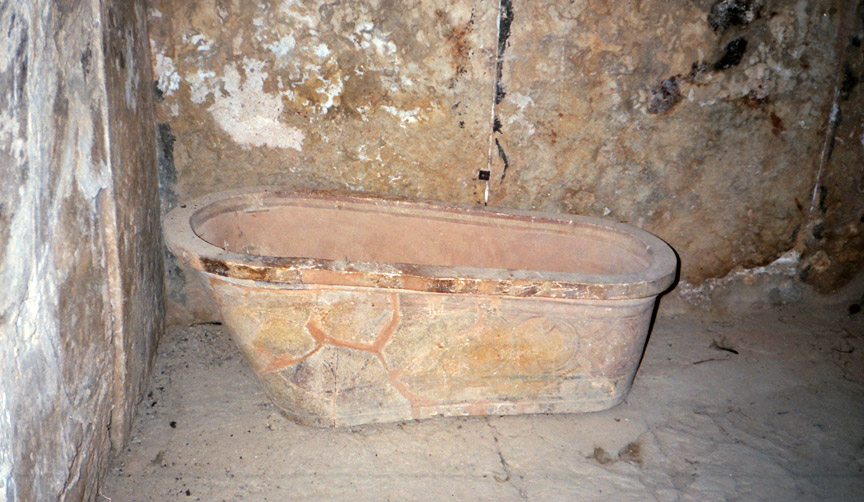 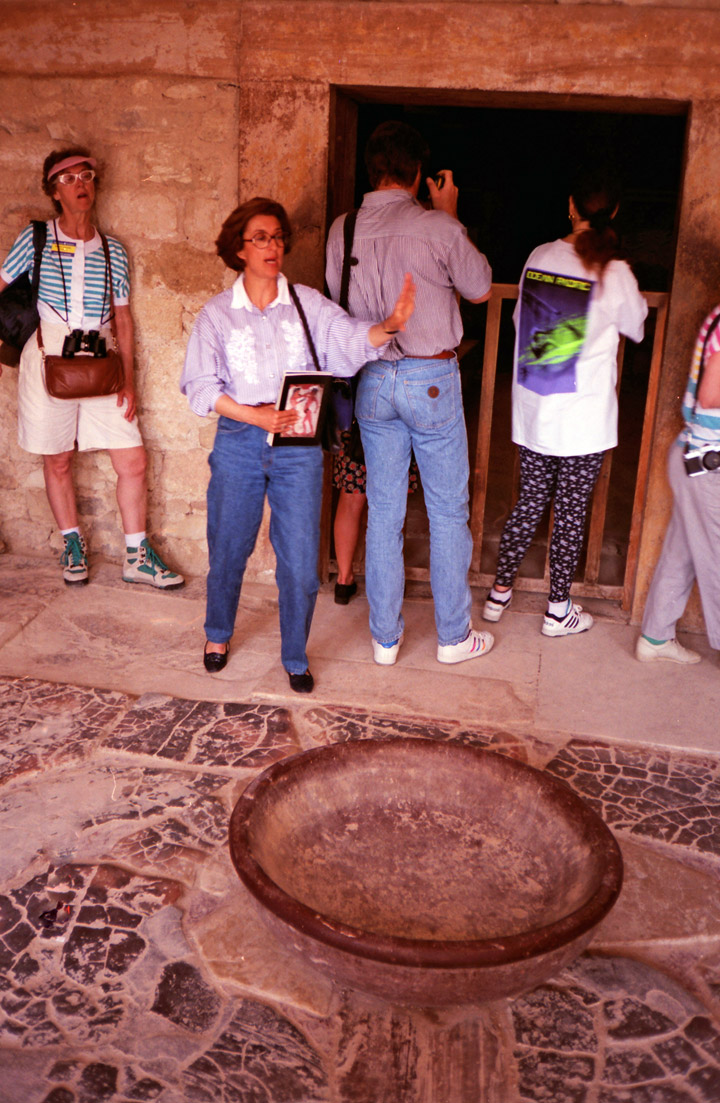 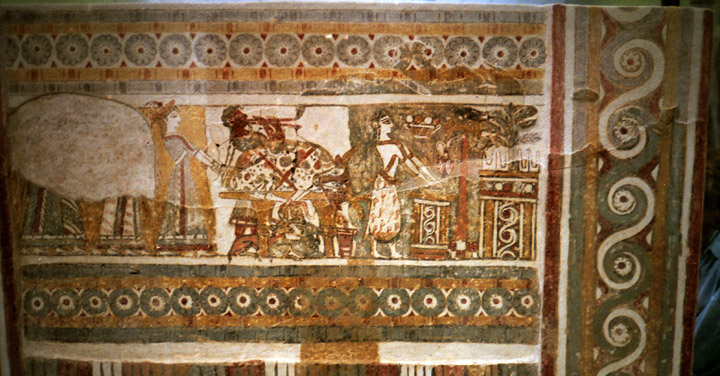 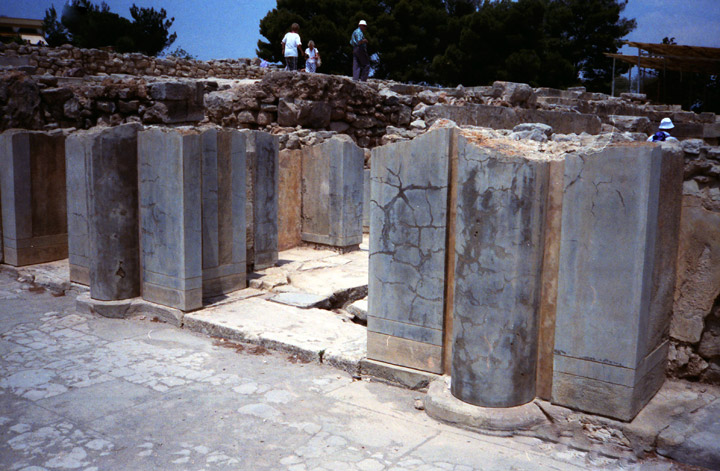 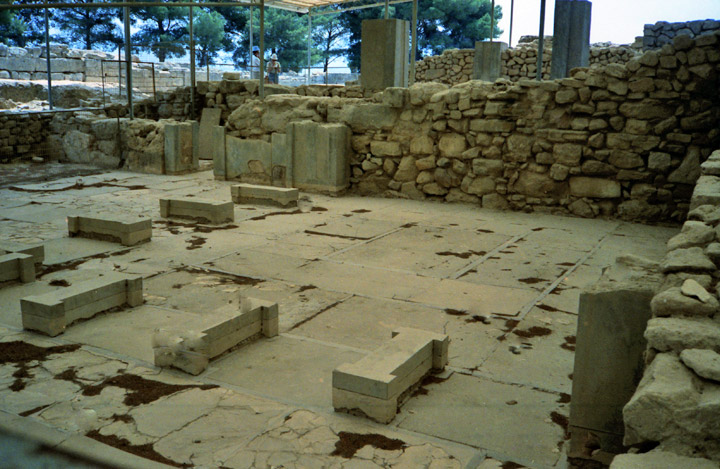 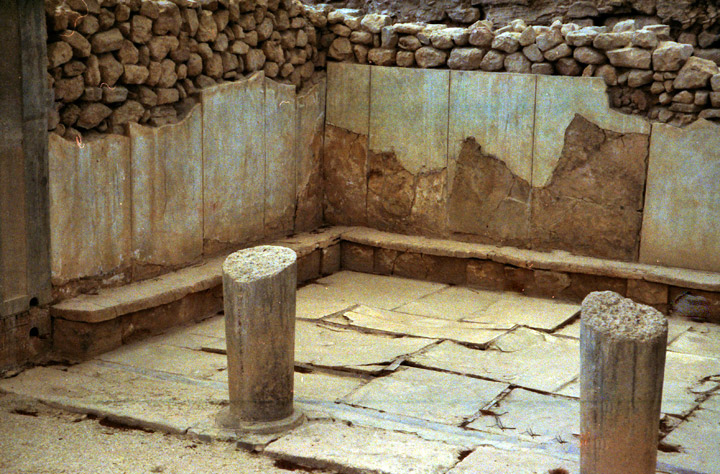 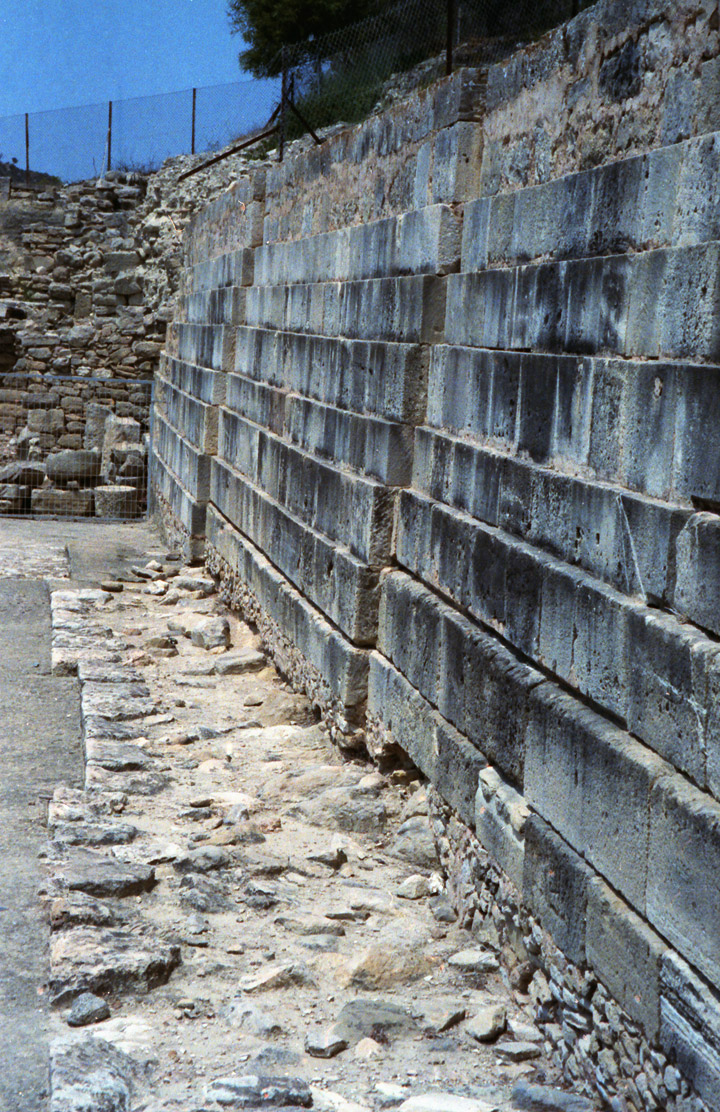 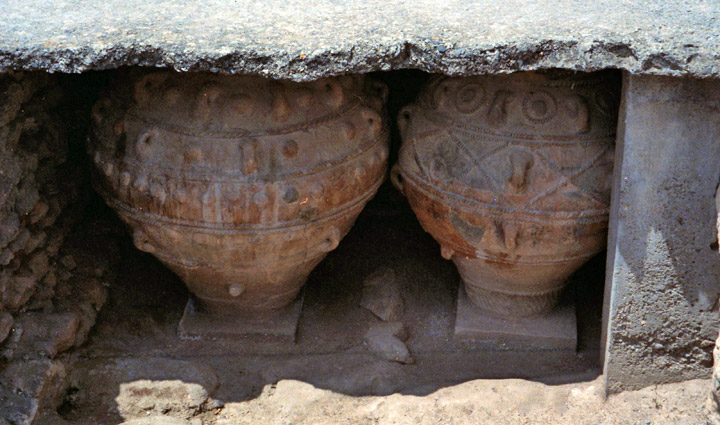 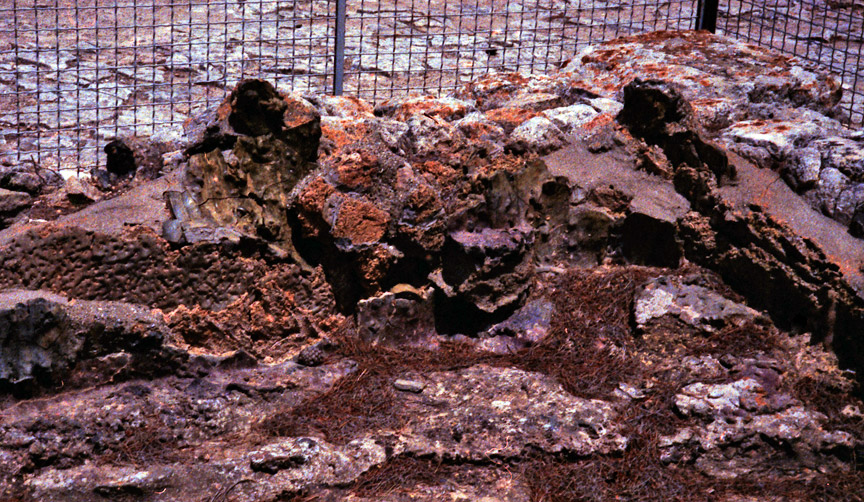 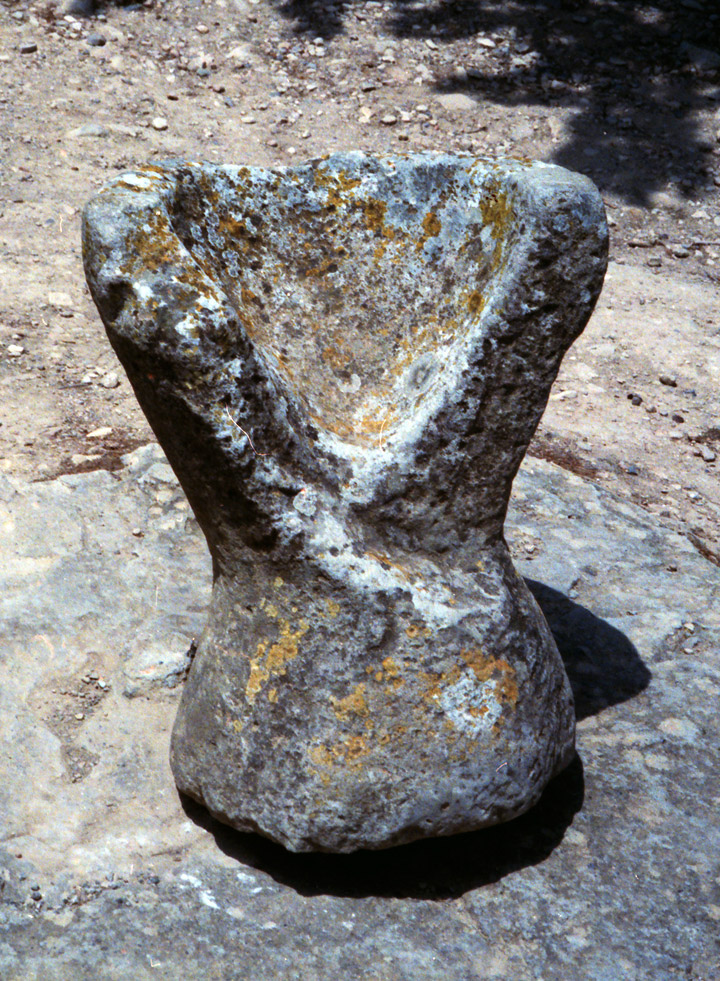 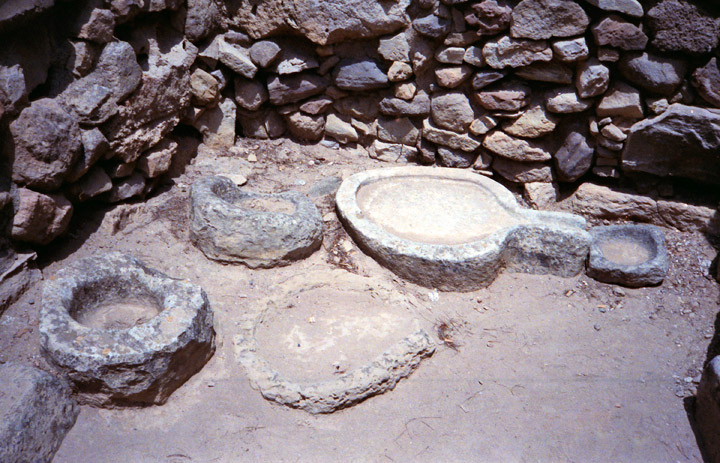 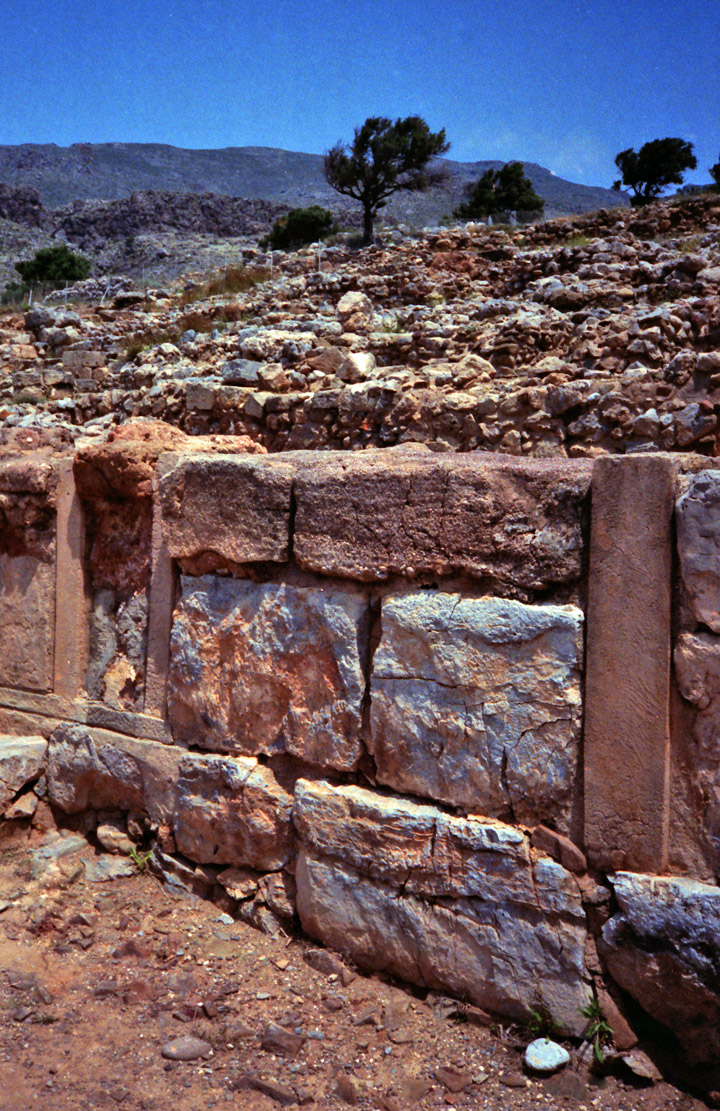 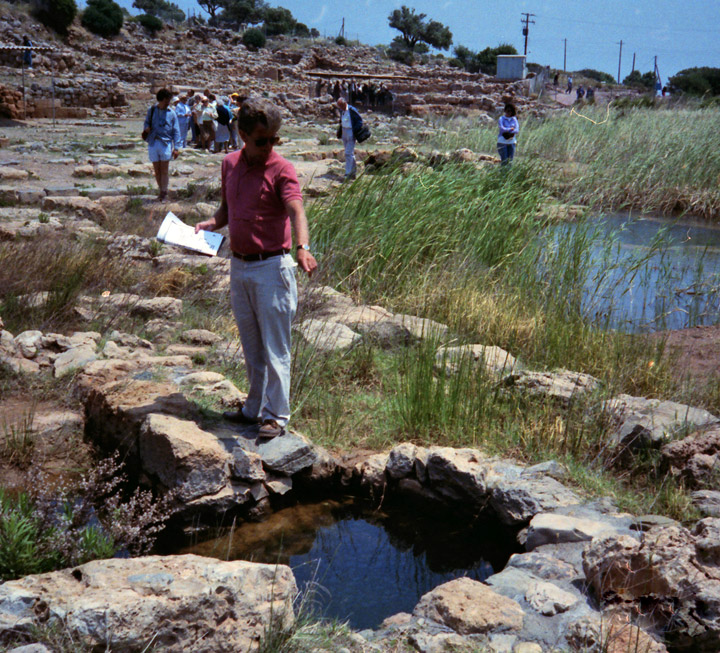 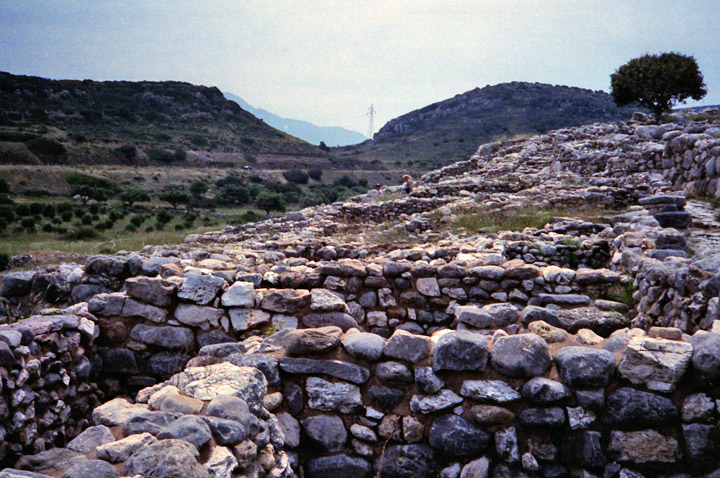 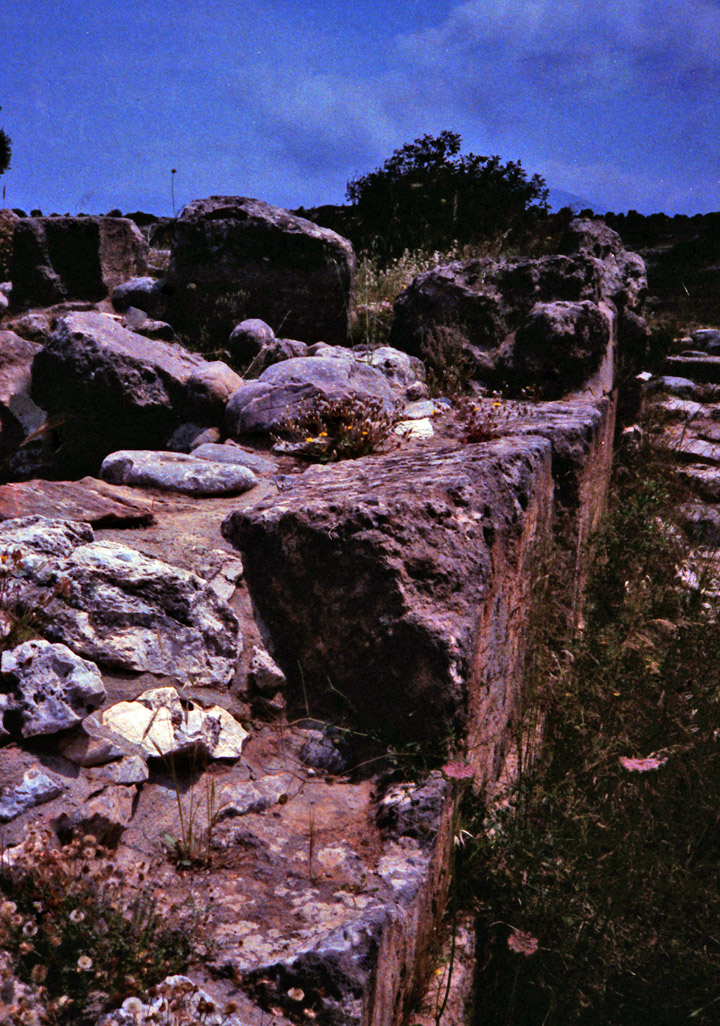 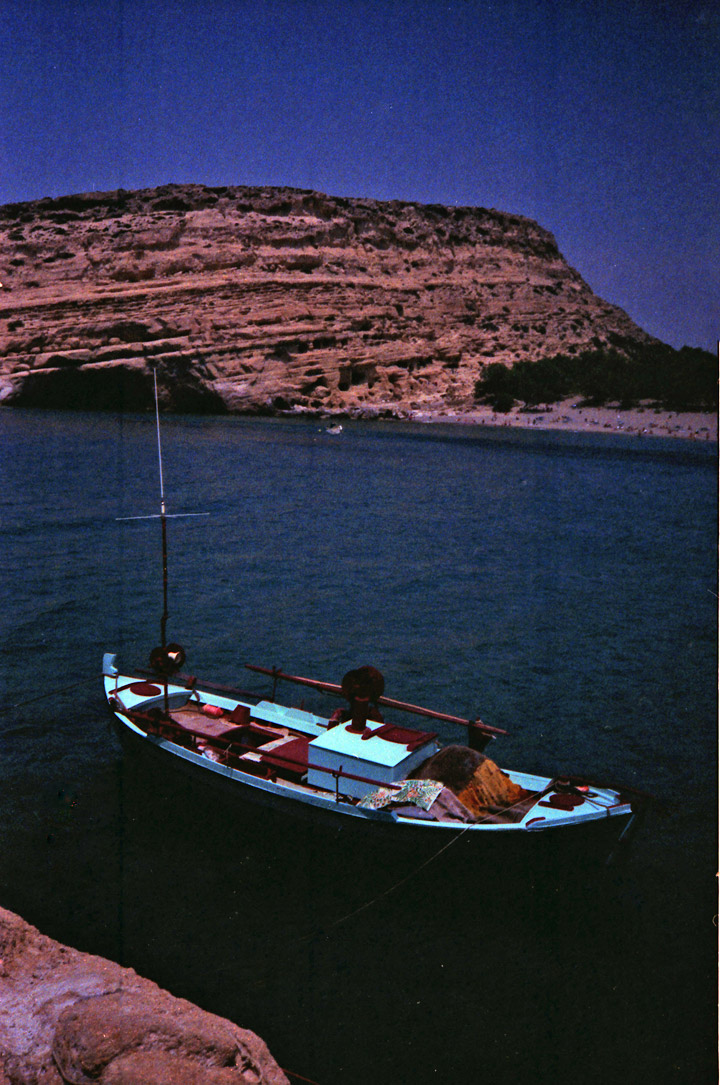 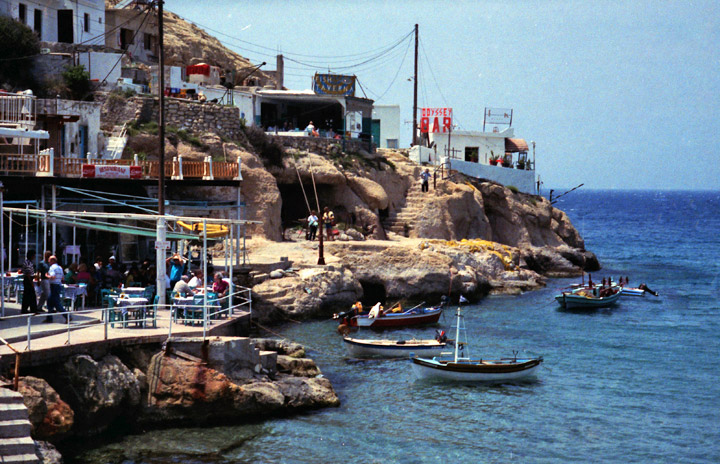 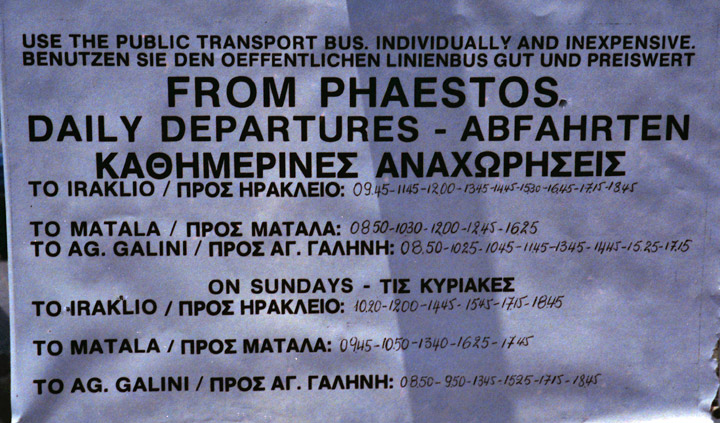 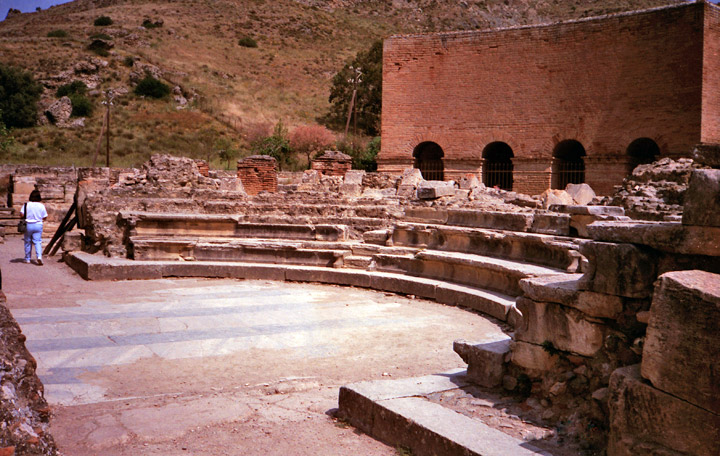 Gortyn or Gortyna (Greek: Γόρτυνα, Γόρτυς, or Γόρτυν) is an archaeological site on the Mediterranean island of Crete, 45 km away from the modern capital Heraklion. Gortyn, the Roman capital of Crete, was first inhabited around 3000 BC, and was a flourishing Minoan town between 1600-1100 BC. 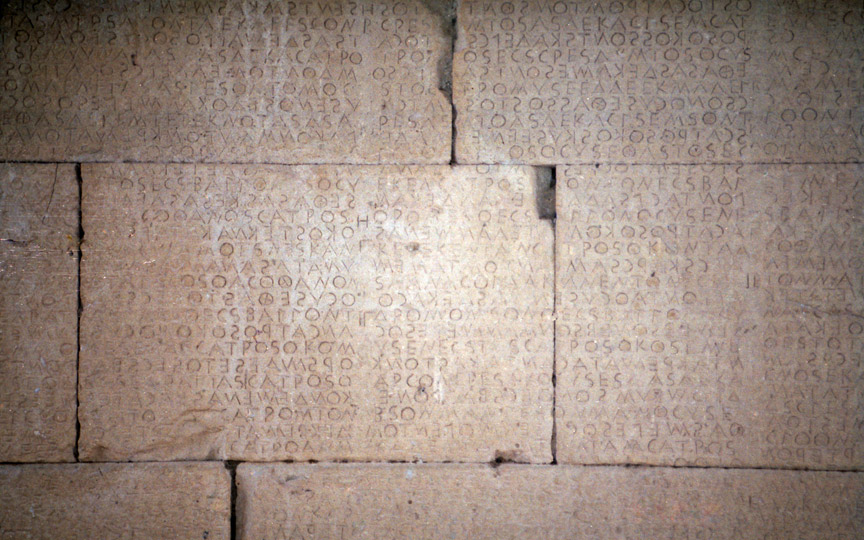 Inheritance regulations, fragment of the 11th column of the Law Code of Gortyn 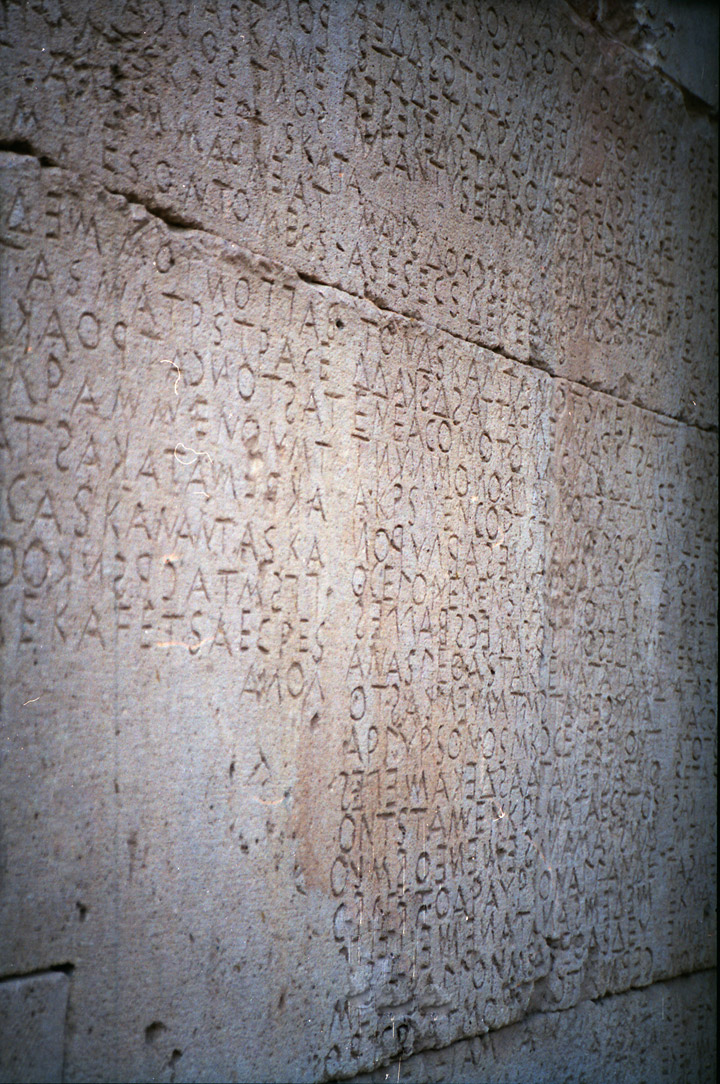 Among archaeologists, ancient historians, and classicists Gortyn is known today primarily because of the 1884 discovery of the Gortyn Code which is both the oldest and most complete known example of a code of ancient Greek law. The code was discovered on the site of a structure built by the Roman emperor Trajan, the Odeon, which for the second time, reused stones from an inscription-bearing wall that also had been incorporated into the foundation of an earlier, Hellenistic structure. Although portions of the inscriptions have been placed in museums such as the Louvre in Paris, a modern structure at the site of the mostly ruined Odeon now houses many of the stones bearing the famous law code. 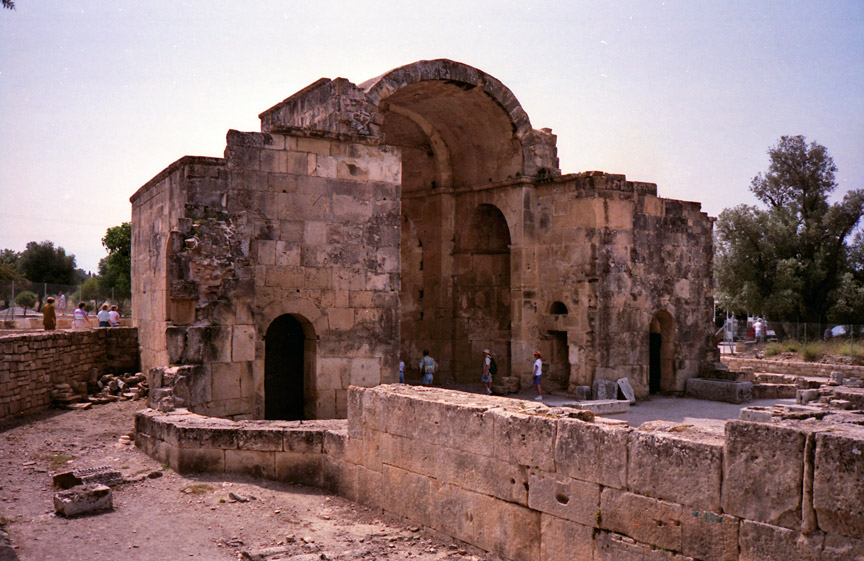 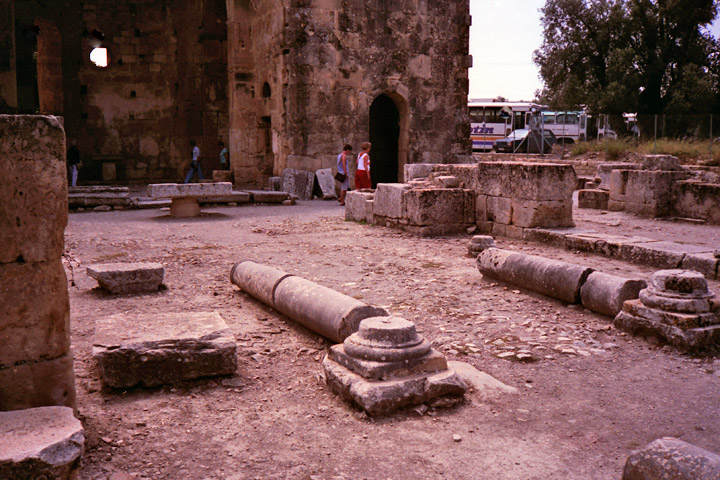 One of the first Christian temples was built here and the remains of an important Christian cathedral of Crete can still be seen today.
This cathedral, is dedicated to St. Titus the first Bishop of Crete, was erected in the 6th century AD. 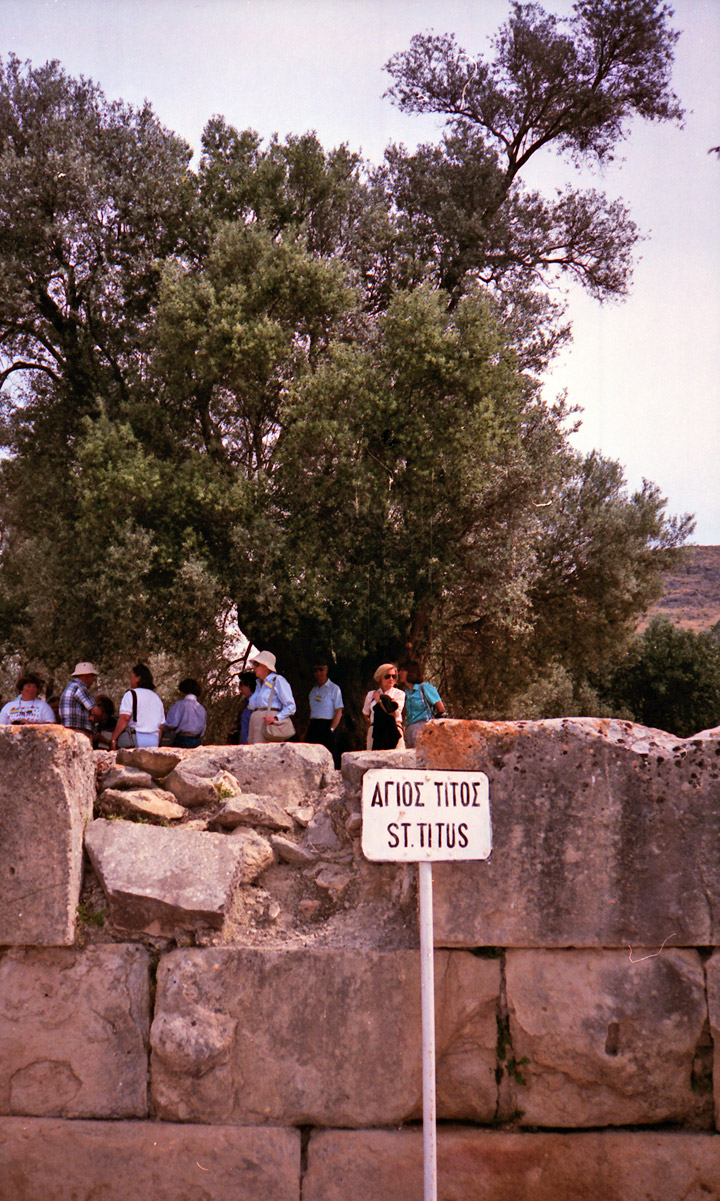 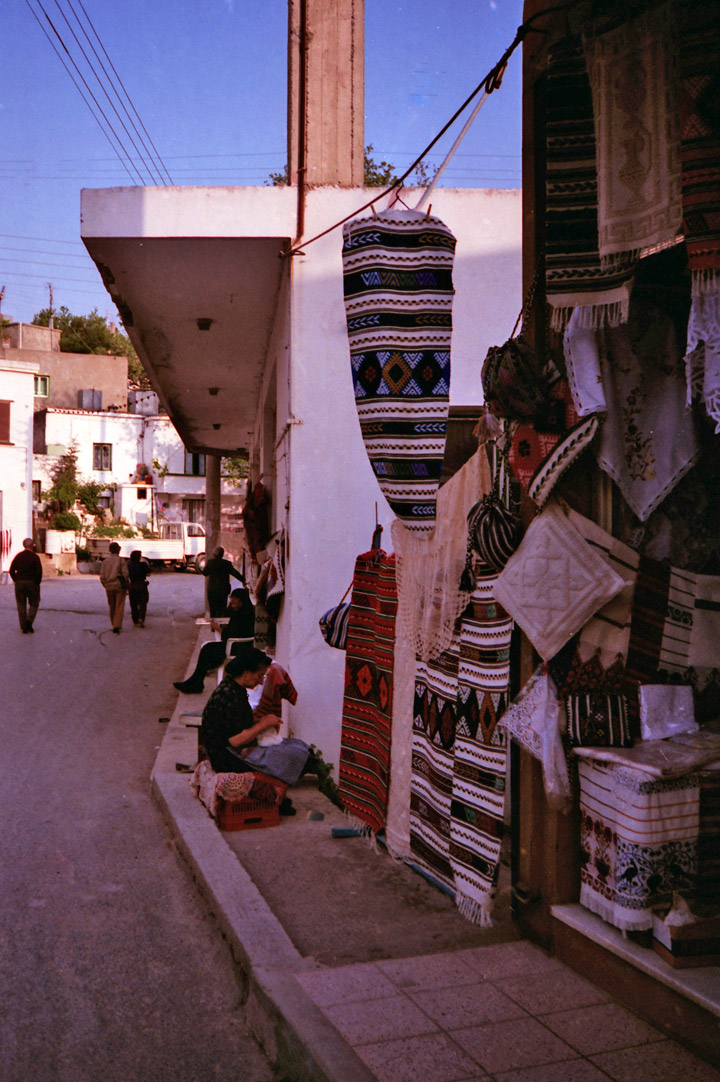 Photos of life in Crete