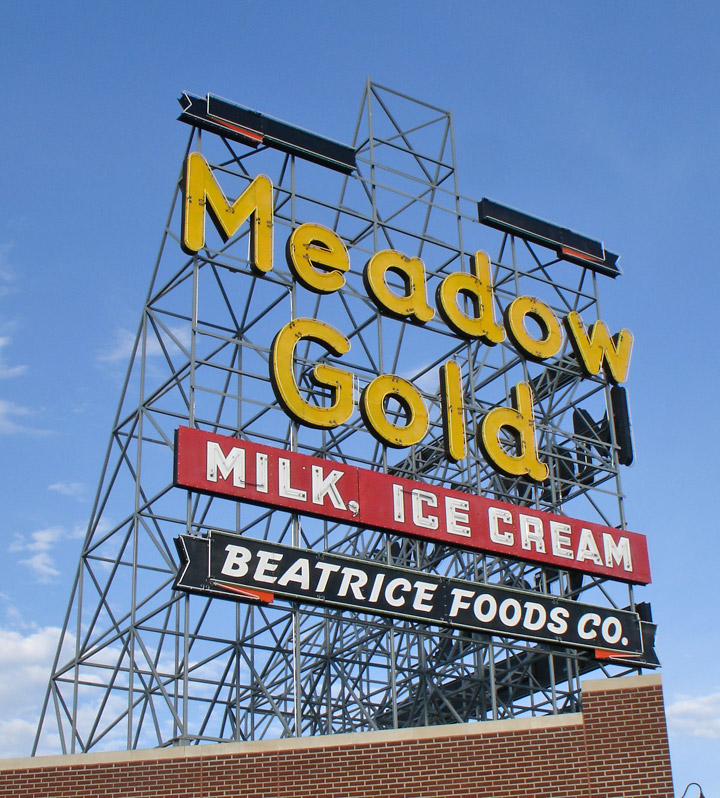 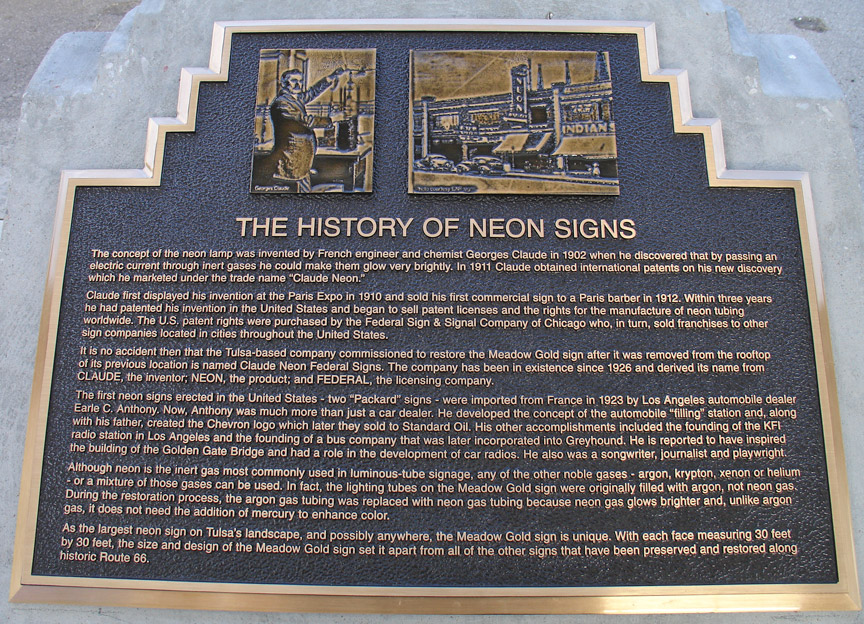 The Meadow Gold brand was once the property of Beatrice Food Company. Through a complex series of corporate mergers, acquisitions, sell-offs and bankruptcies, the brand that was once a popular provider of milk and ice cream for the mid-western consumer market slipped into obscurity.

During the post World War II years, Beatrice Foods and Meadow Gold enjoyed market dominance throughout the heartland. Evidence of this was the large sign looming over the intersection of 11th Street and Lewis Avenue (aka: Route 66, “The Mother Road”). And there it stood from the mid 1940s until 2004 when the building was sold and scheduled for demolition. In the nick of time the new owner, Tulsan Chris Nichols, was persuaded to gift the new sign to the city. Consequently, the sign and its support structure were carefully disassembled and stored away. 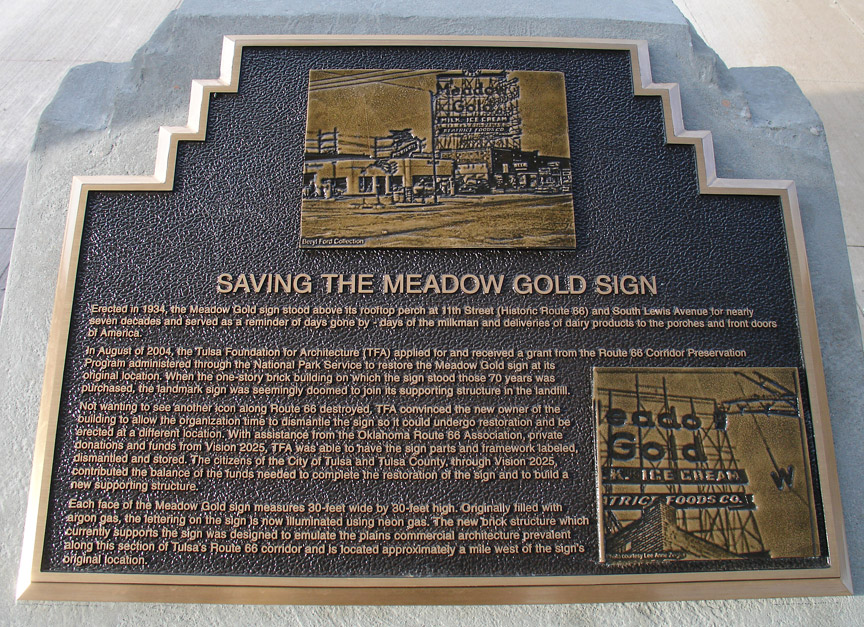 All this would not have happened were it not for Lee Anne Zeigler, executive director of Tulsa Foundation for Architecture (TFA), a group whose mission is to preserve and restore Tulsa’s historic structures. The group had its eye on the sign for some time and even procured a federal grant through the Route 66 Corridor Preservation Program of the National Parks Service to partially fund the sign’s salvation. Additional funding came from private donor checks in increments from $5 to $1,000. As a member of the Route 66 Design Committee of Vision 2025, Zeigler was able to secure additional funding and support for the sign. With funding in place the sign was handed off to CNF Signs to begin the arduous task of restoration. 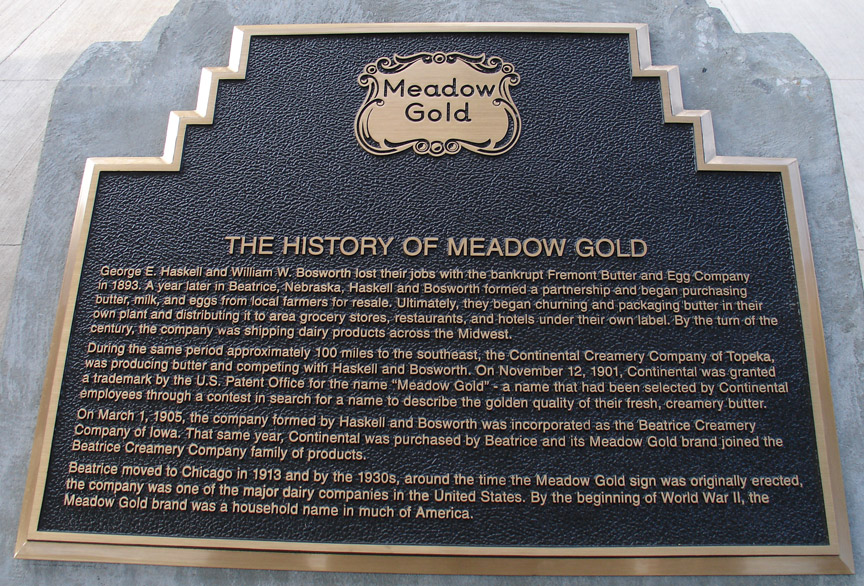 The sign couldn’t have fallen into more capable hands than CNF Sign’s old signs restoration designate, Tony Record whose real title is fabrication supervisor. Record headed up the sign company’s team of craftsmen who restored the vintage Atlas Life sign and the Circle Cinema marquee, both Tulsa landmarks in their own right. 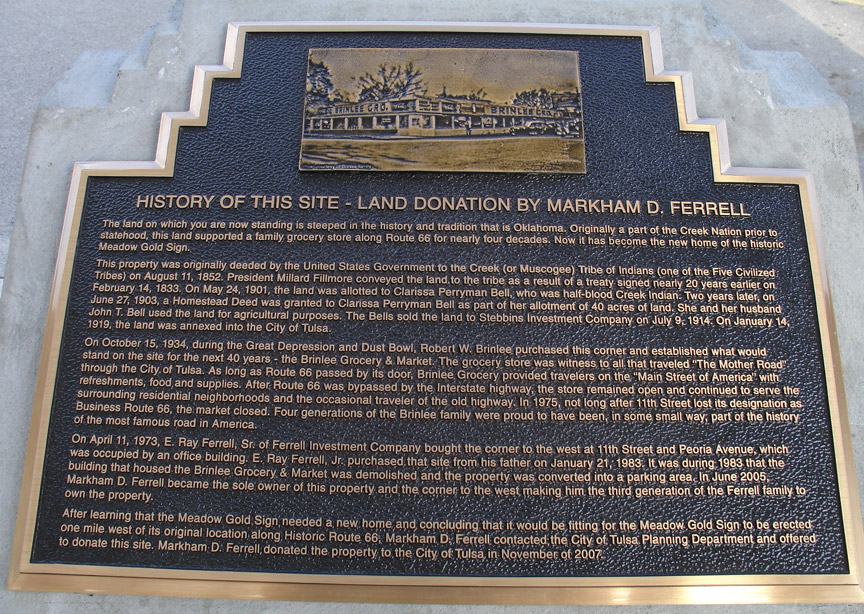 The goal is to structurally restore the sign to its original state while retaining its vintage look and feel. The sign’s insides had long served as home for pigeons and their associated acidic droppings that eat through the corrosion resistant aluminized steel sheets used to make sign boxes and channels. As much as possible of the old portions of the sign boxes will be saved and patched up with similar metals and riveted together to restore structural integrity. The porcelain sign faces will be carefully buffed back to their original luster and all the neon tubing and fixtures will be replaced. 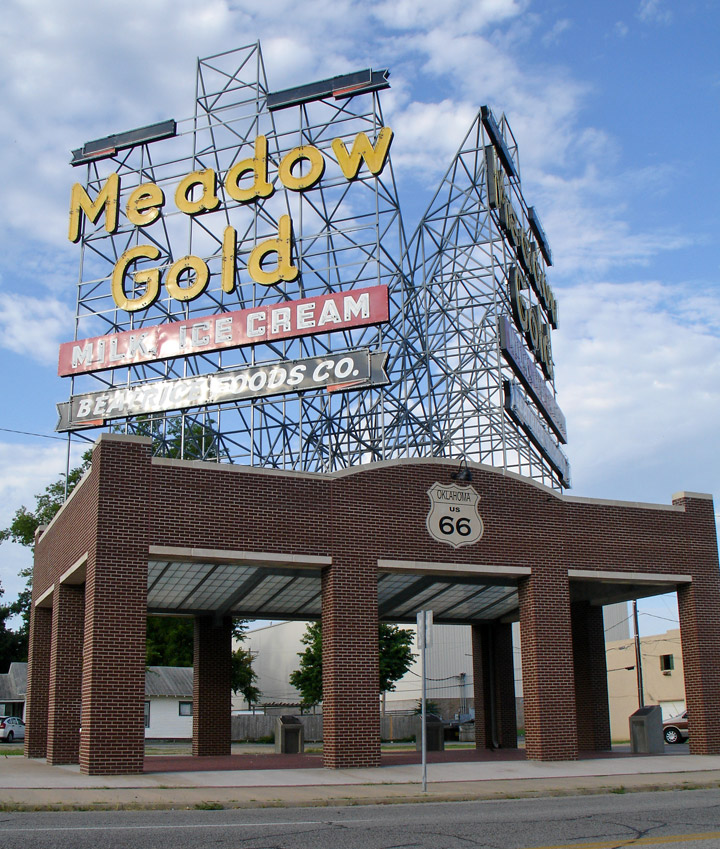 “This is a beauty and when we get through with it people will enjoy it for years to come. We really love this kind of project,” says Record. 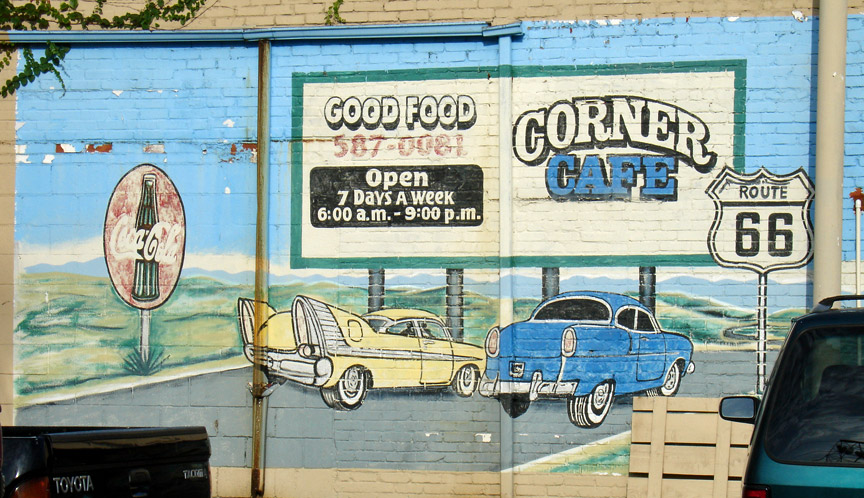 According to Ziegler “It’s all been very gratifying. Each step along the way Tulsans and Tulsa companies have stepped up to provide whatever was needed to make this happen. It has taken many hours of human resources plus capital, patience, negotiations and perseverance, but that is what it takes to save something like this for posterity. It’s simply too easy to discard or trash something of this historic value. Hopefully we’ve contributed to Tulsa’s growing momentum to preserve its past, ”Instead of ending up in a landfill, a Tulsa treasure has been saved thanks to the concerted efforts of a team of dedicated people committed to preserving another piece of the city’s past." Because of their efforts, the Beatrice Food/Meadow Gold sign will once again occupy a place of honor along Tulsa’s Route 66 corridor. It is located near the intersection of 11th Street and Peoria Avenue just one mile west of its original home on a site that has been donated by another generous Tulsan and owner of the property at the 11th and Peoria location.