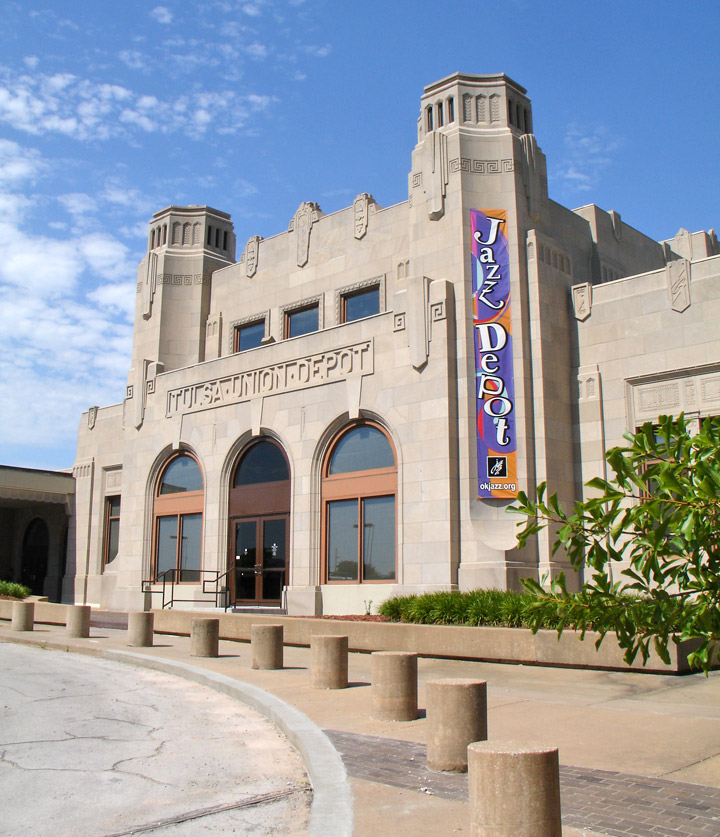 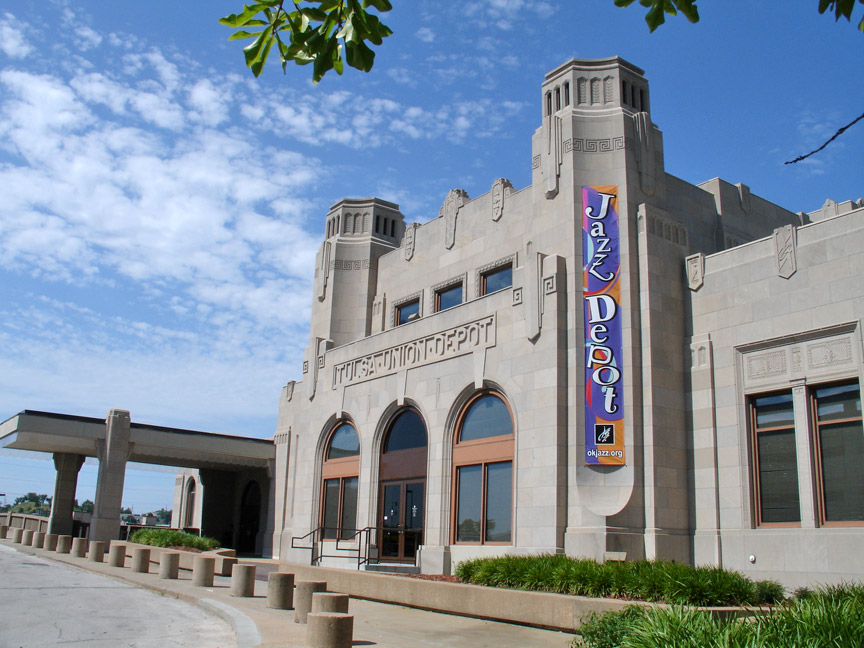 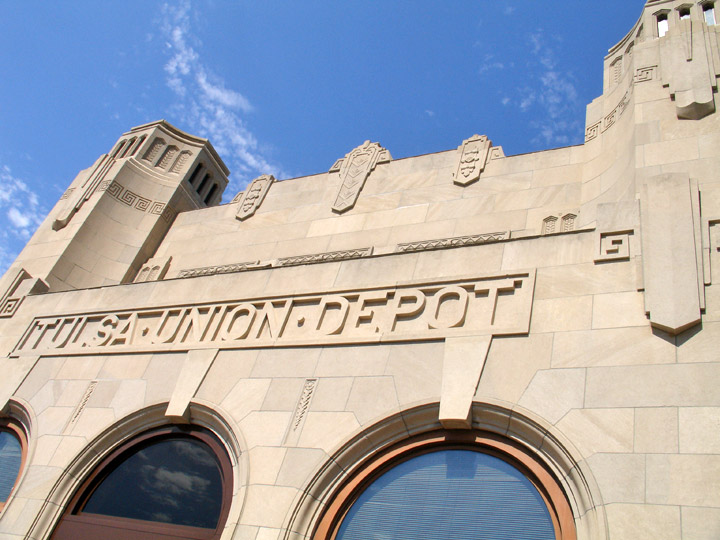 This variegated Bedford stone depot, designed by R. C. Stephens, was completed in 1931. The exterior of this impressive example of Art Deco Architecture reveals the inspiration of machinery as a theme for geometric designs. The desire for machine-like geometric clarity evident in this building became something of a mania in the 1930s. The Depot serviced as many as thirty-six trains a day in its prime. However, rail travel diminished as the years rolled by and need for the Depot’s services decreased. It ceased operation in 1967. 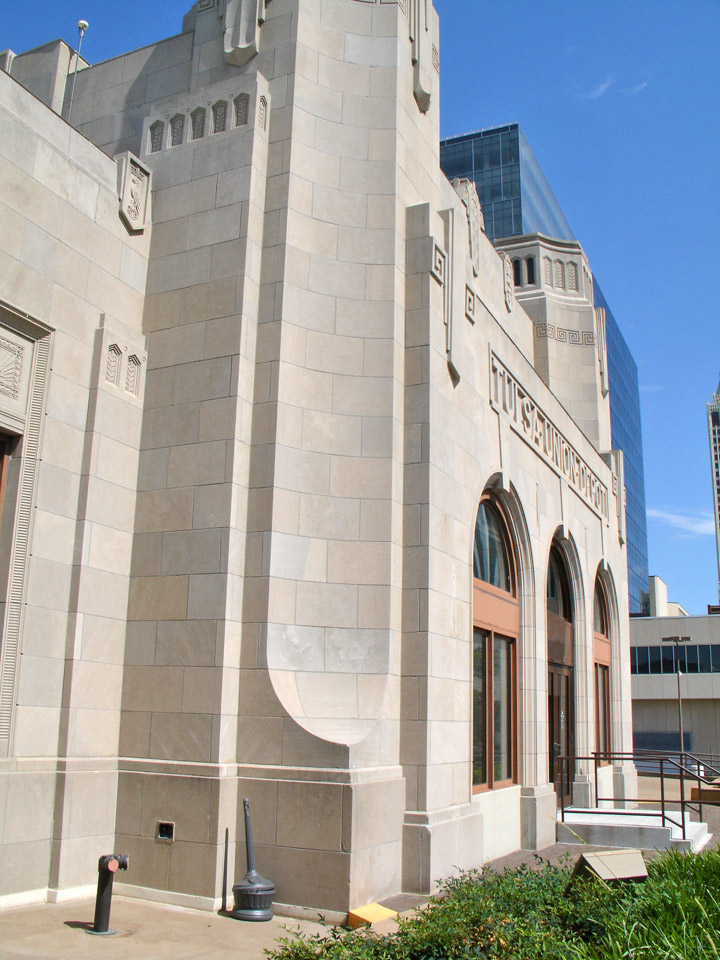 The Depot stood vacant and neglected for years. Then, in 1983, the deteriorating structure, including the caved-in roof, was restored and adapted for contemporary uses. The original interior was skillfully preserved and integrated into office space. The walls, moldings and medallions on the ceiling were restored to their original colors. 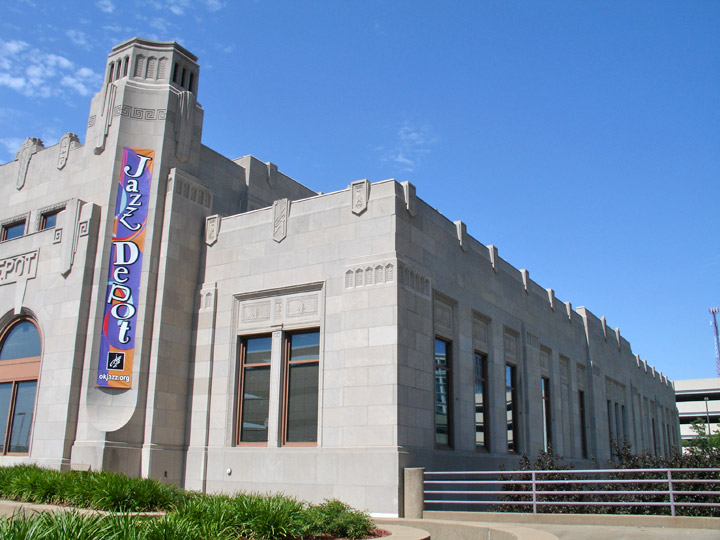 The renovation of this building was an important milestone in preservation in Tulsa. It demonstrated how successfully such historic buildings could be rehabilitated and utilized. Building further on this concept of adaptive reuse, the Depot was rehabilitated in 2007 to become the home of the Oklahoma Jazz Hall of Fame, complete with gallery and performance space.

the short description was prepared by the Tulsa Preservation Commission 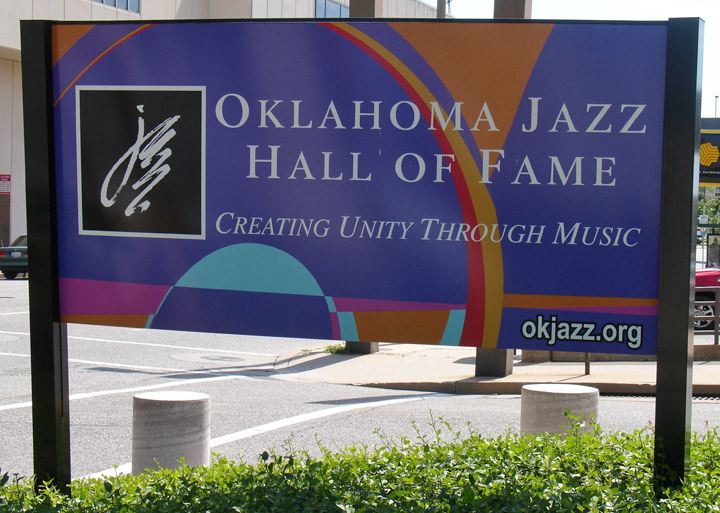 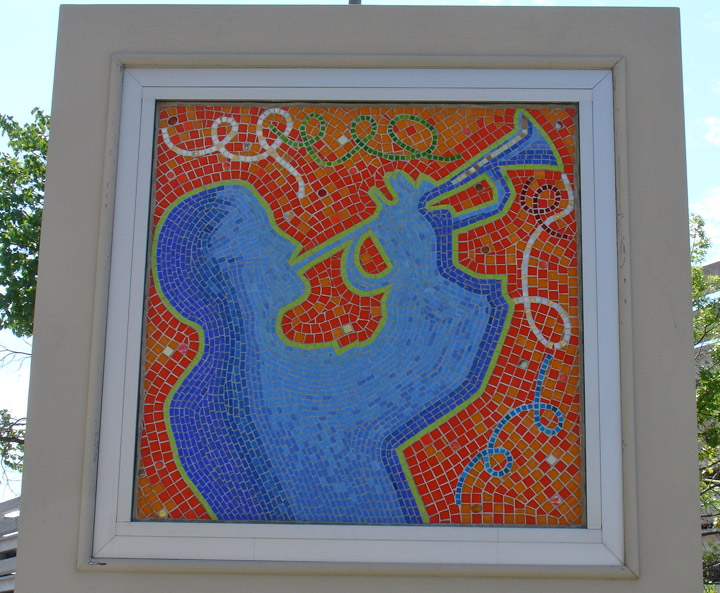 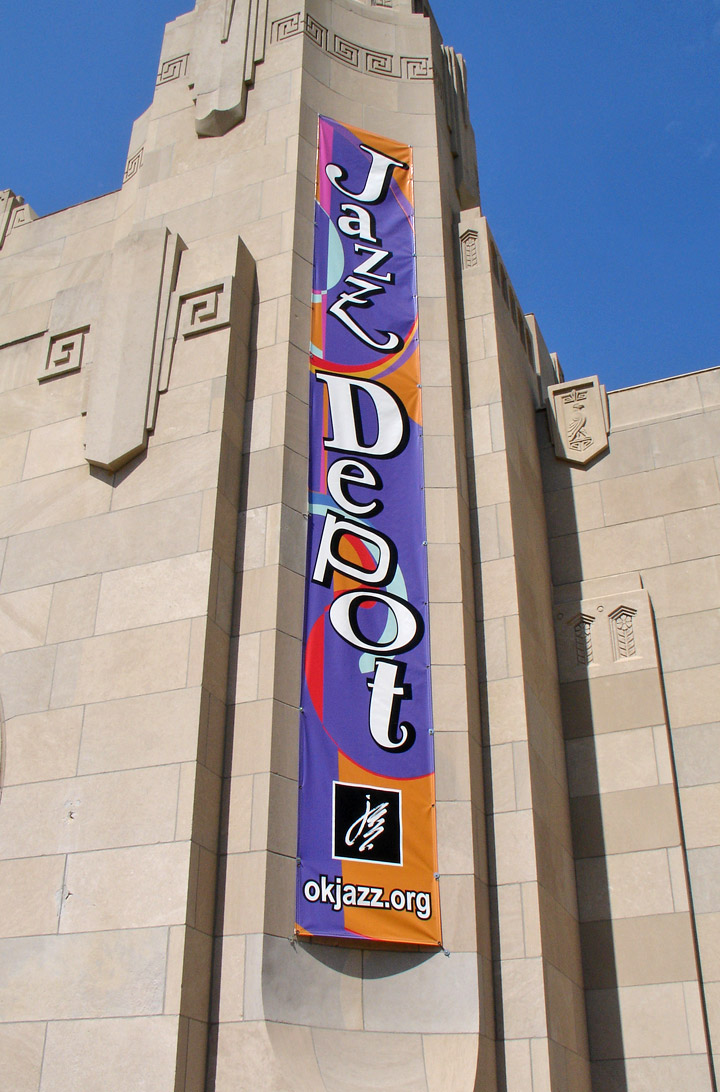 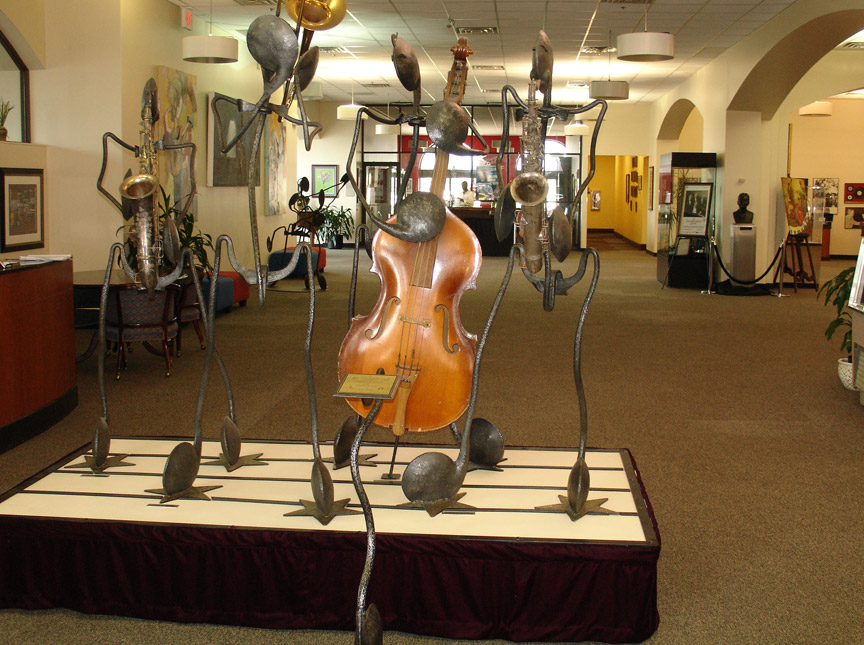 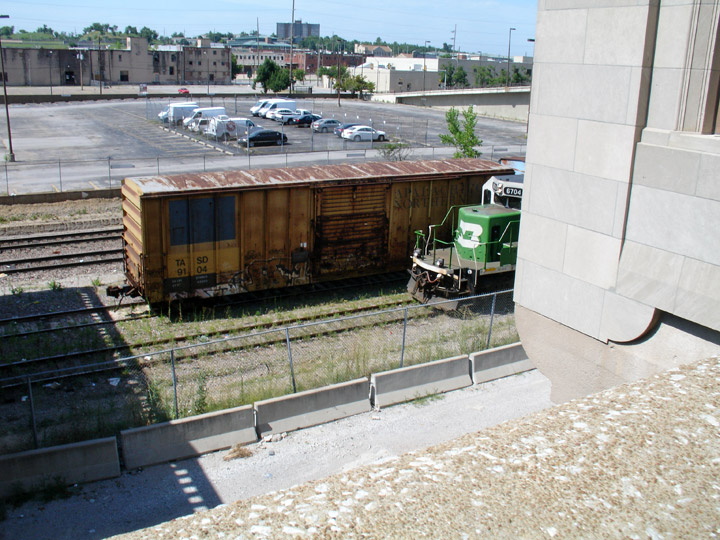 where the trains ran 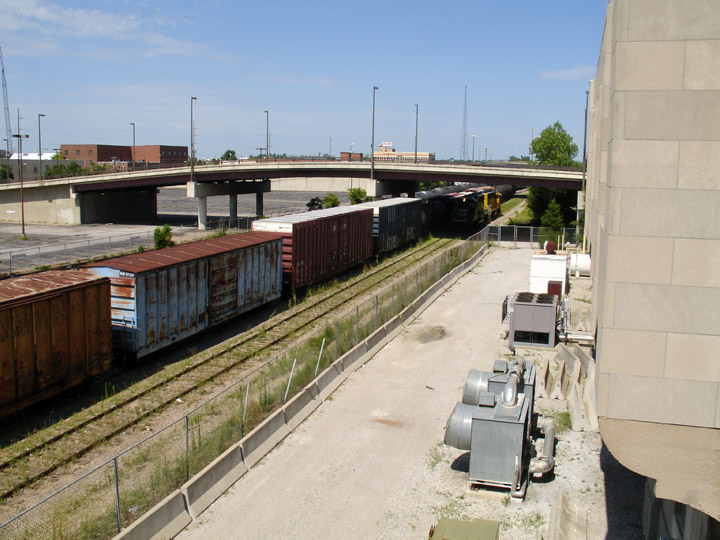 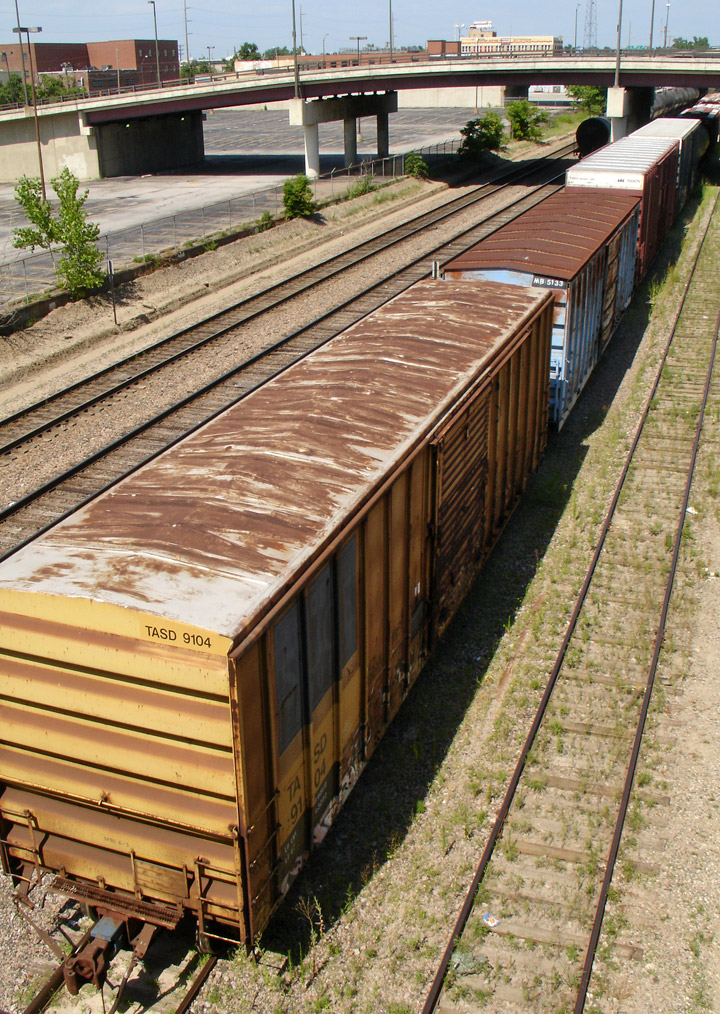 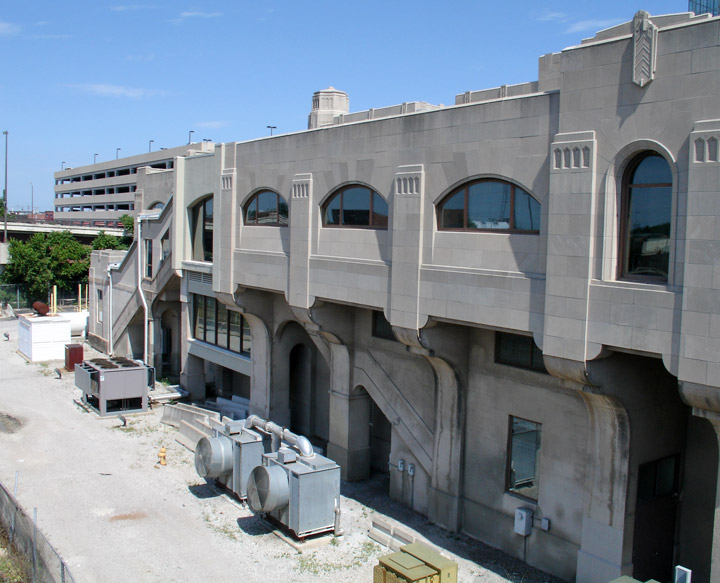 where the passengers boarded the trains 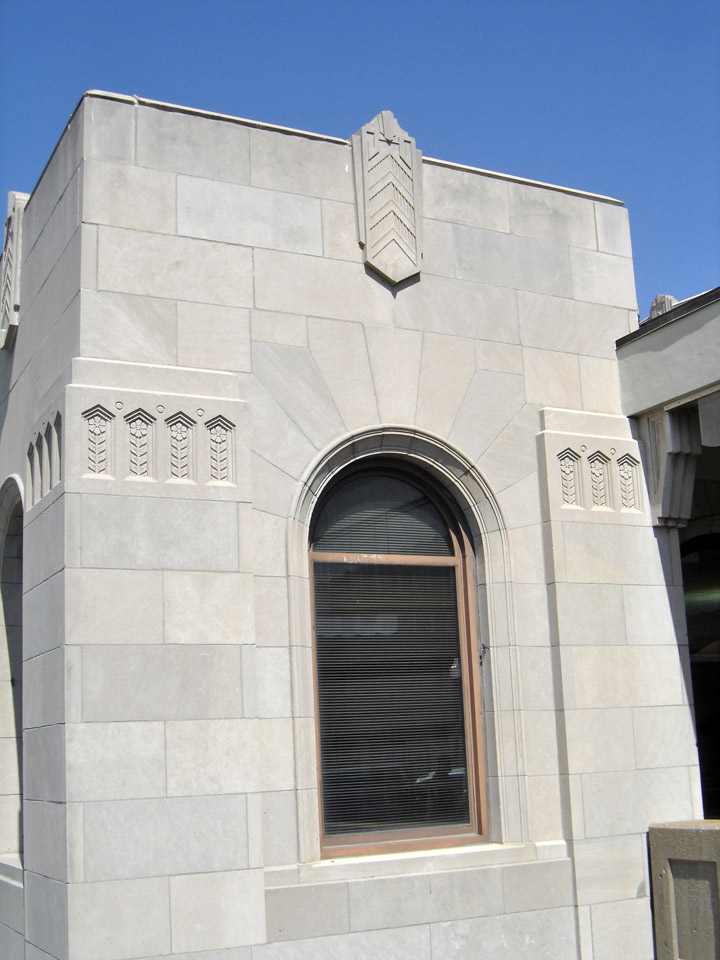 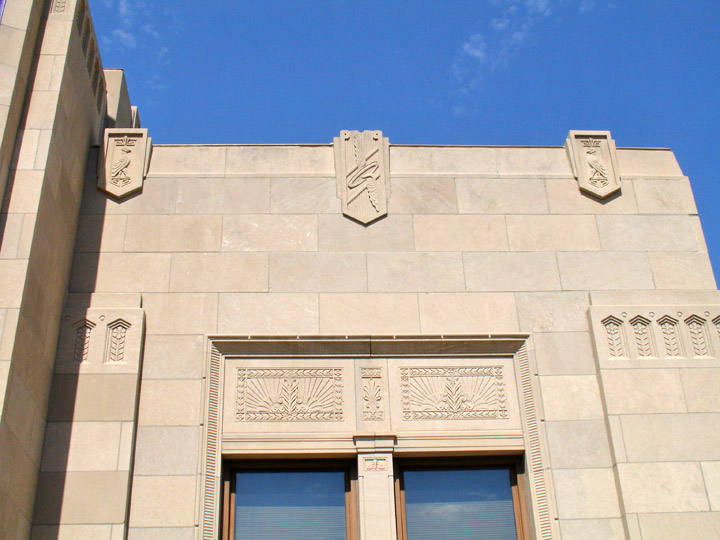 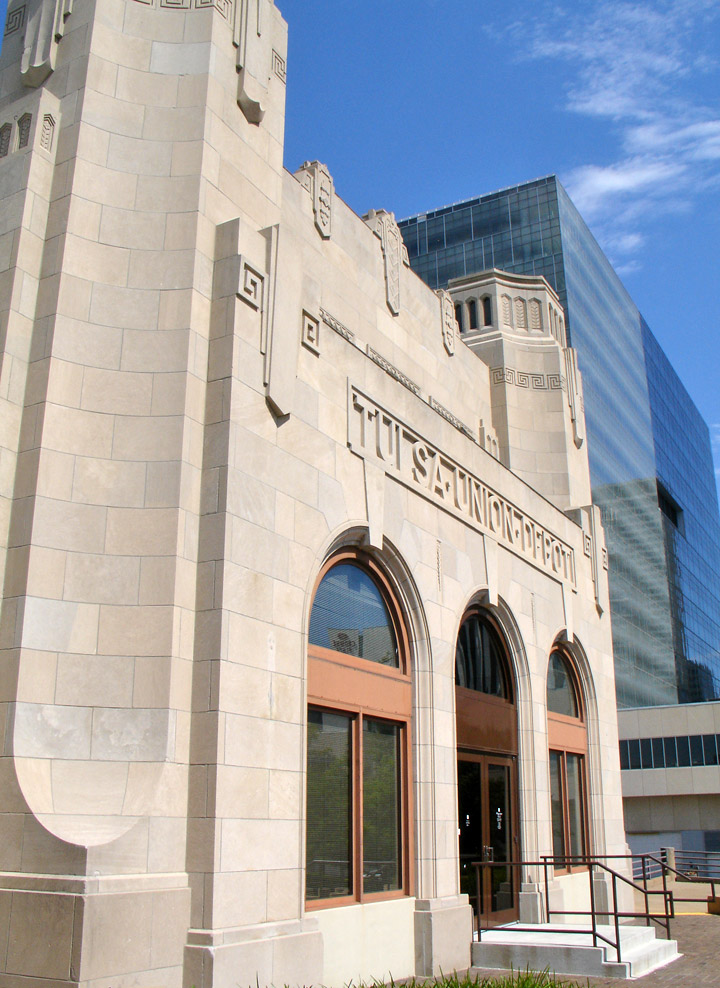 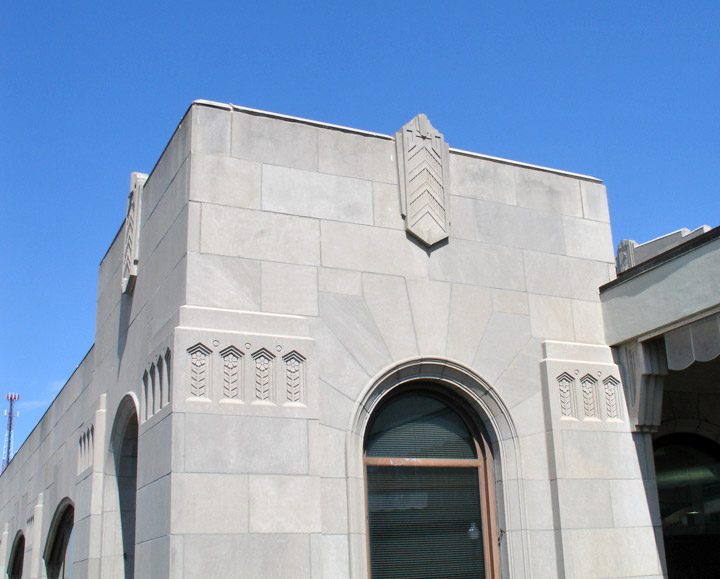 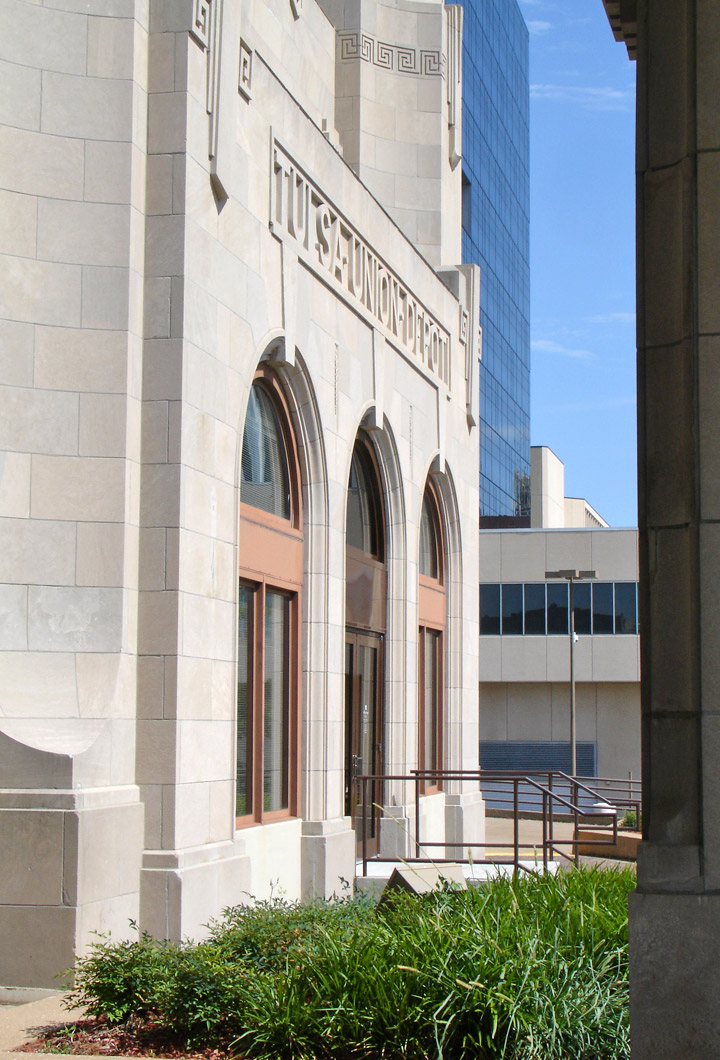 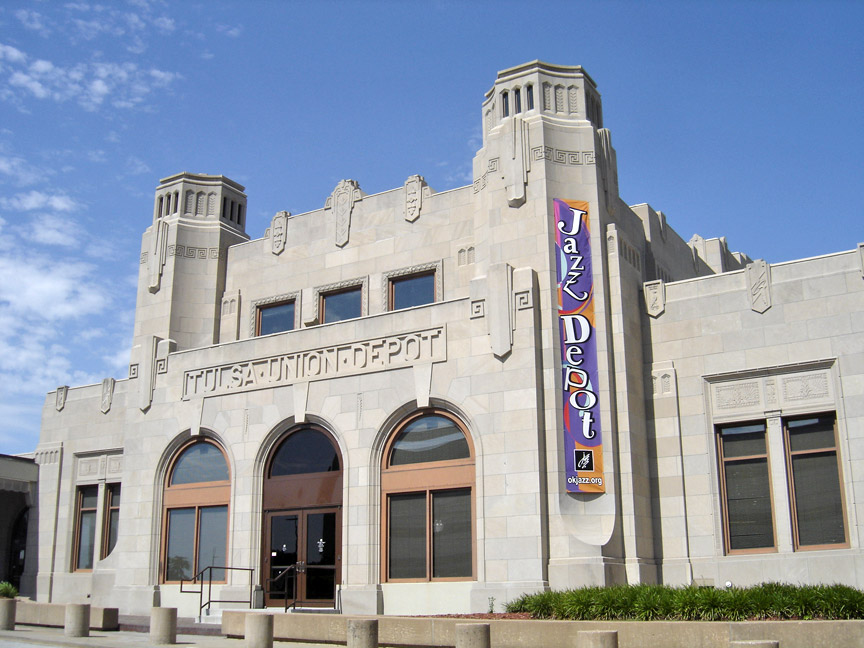