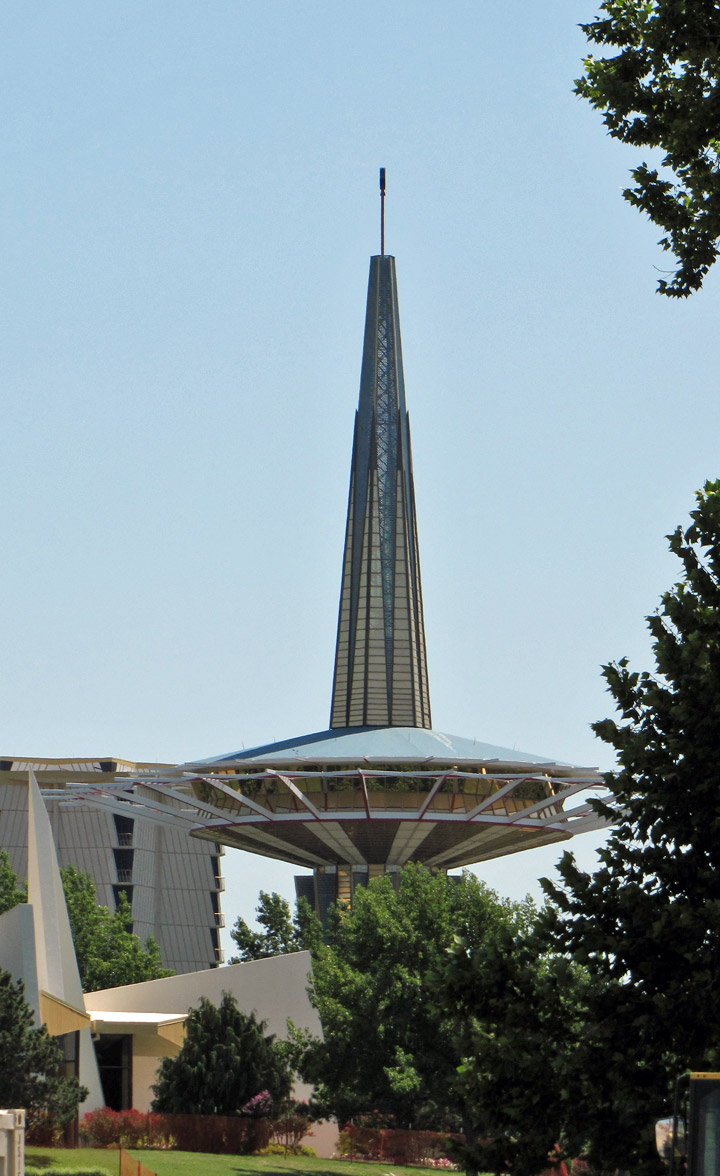 The Prayer Tower is a late Googie design-influenced tower located on the campus of Oral Roberts University in Tulsa, Oklahoma. The 200 ft (60.9 m) glass and steel structure opened in 1967. An enclosed observation deck gives a 360° view of the surrounding area and enables a self-guided visual tour of the ORU campus. A visitor center on the ground floor has a gift shop along with showings of a 20-minute multimedia presentation on the history of the university and a 36-minute, faith-oriented presentation about the life of Oral Roberts. The landscaped Ralph L. Reece Memorial Gardens surround the tower base. 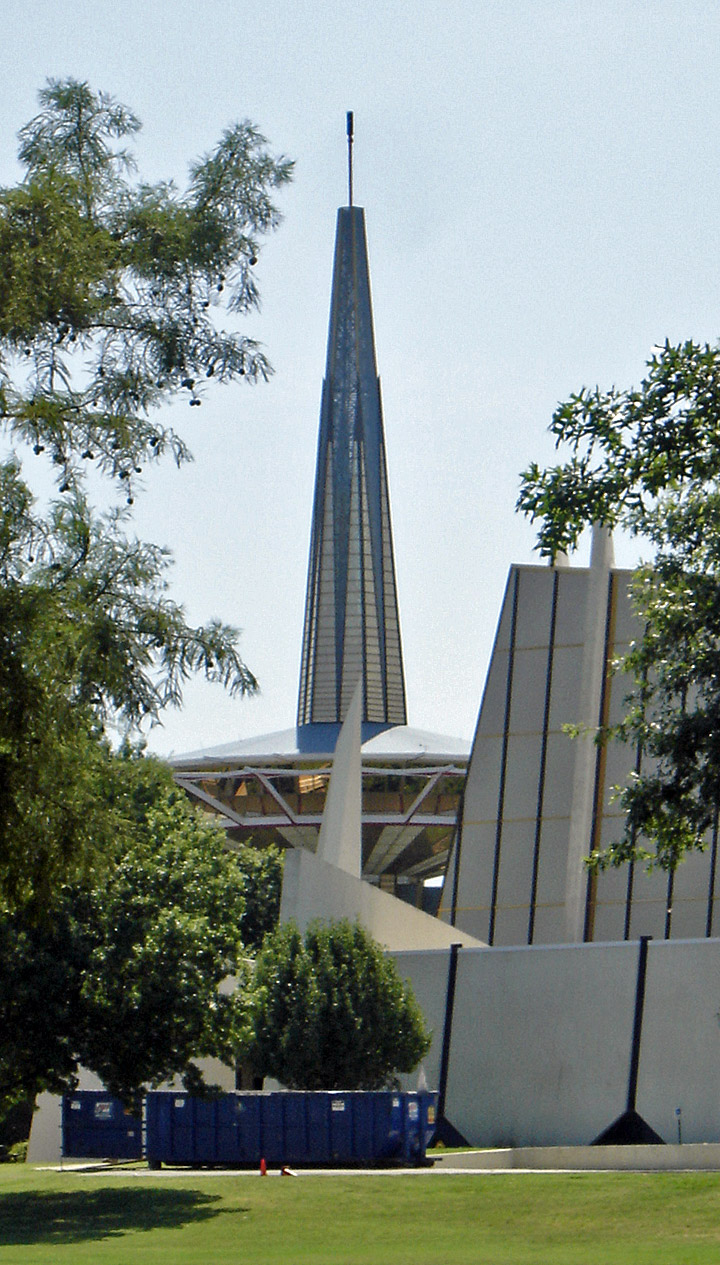 ORU is a charismatic Christian university. According to school publicity the tower's form is laden with Christian symbolism. The Prayer Tower is located at the center of campus to symbolize prayer's utmost importance. The disc and spindle design more or less takes on the look of a cross from any horizontal bearing. The tower's "upward spiral" is intended to mirror one's relationship with God. The latticework which surrounds the observation deck is reportedly built in part from standard white PVC pipe (with the original specification markings still somewhat visible) and is meant as a semi-literal representation of the crown of thorns worn by Jesus on the cross, with red coloring for the blood Christ shed in death. The tower's peak features an eternal flame representing baptism of the Holy Spirit. 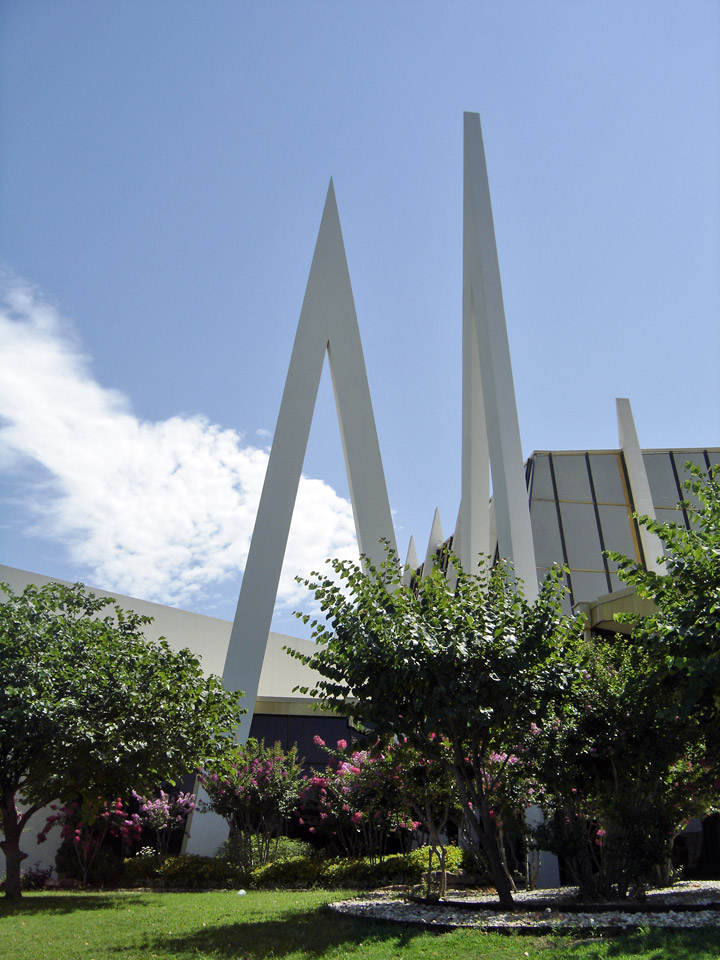 A 24-hour-a-day group (the Abundant Life Prayer Group) prays with people via telephone in a room on the observation deck. The tower is a popular local tourist attraction. 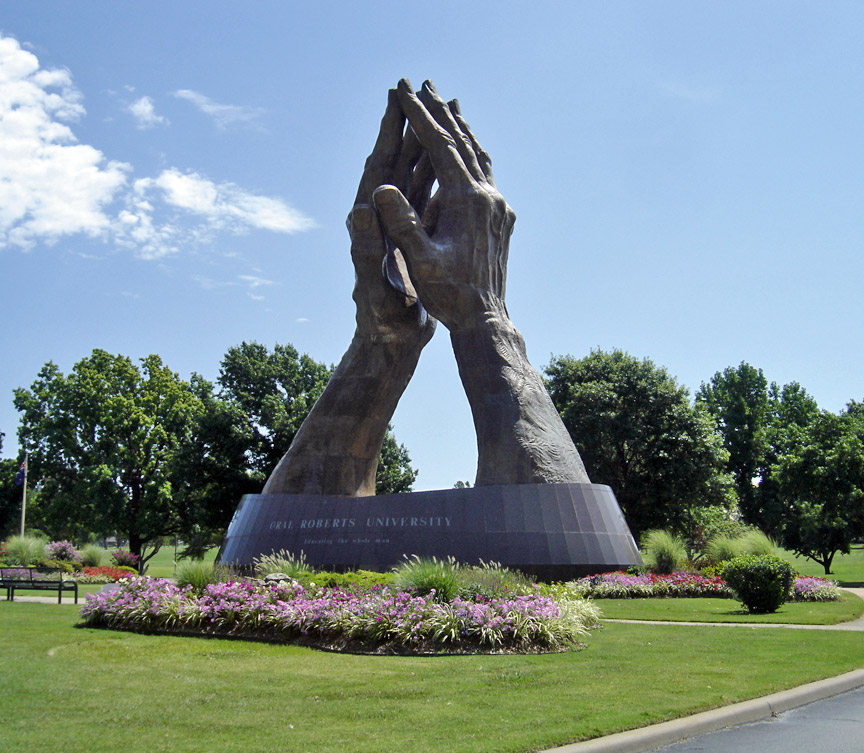 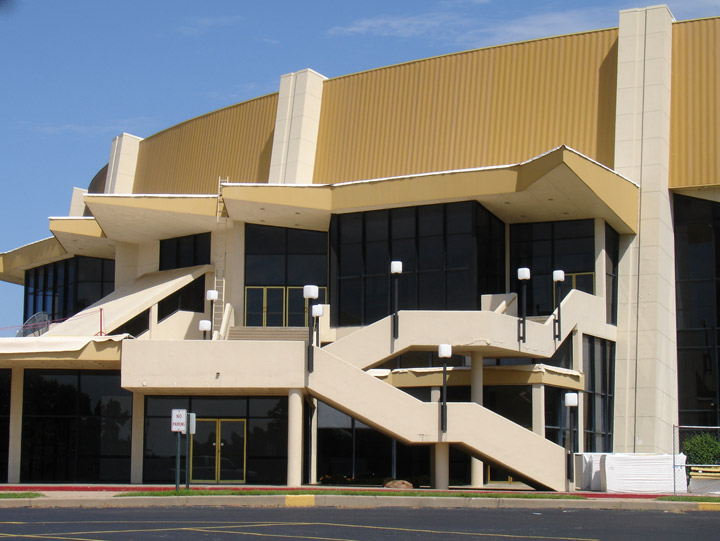 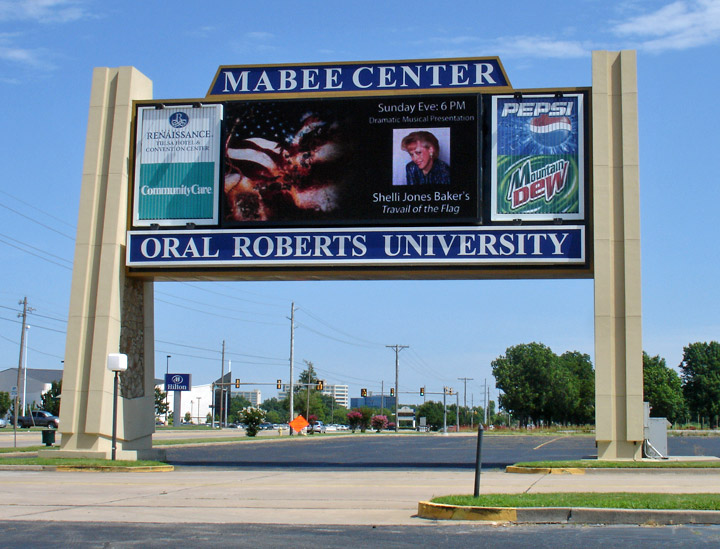 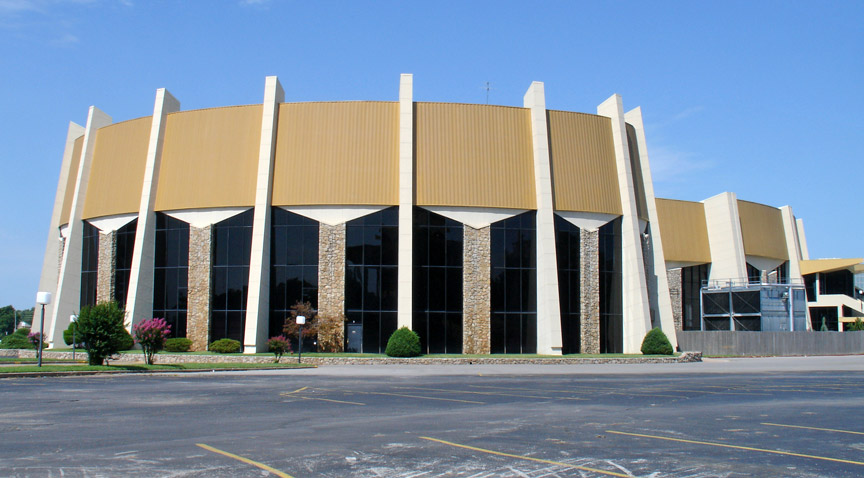 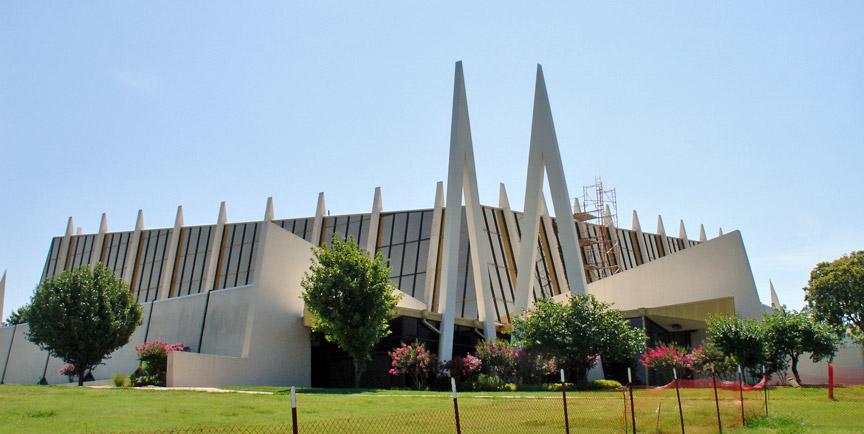 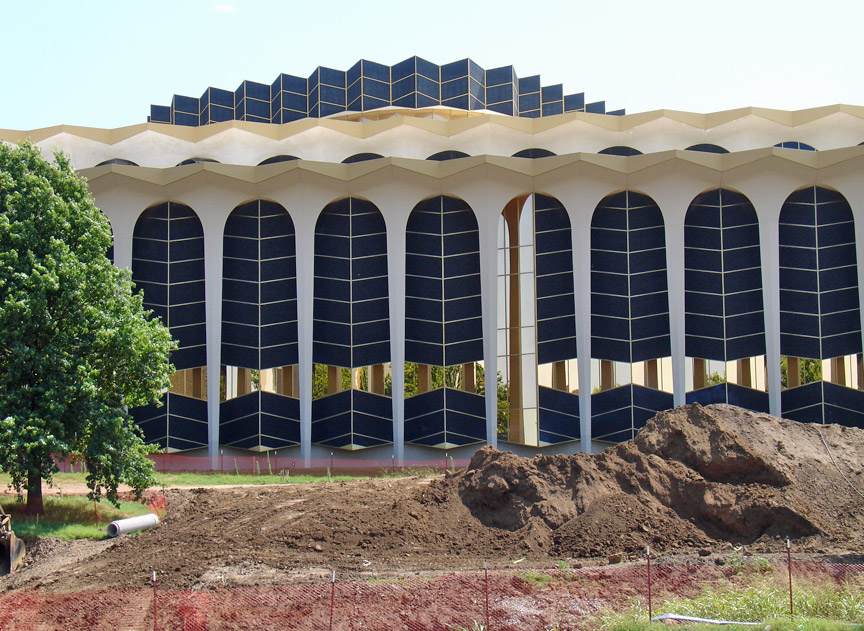 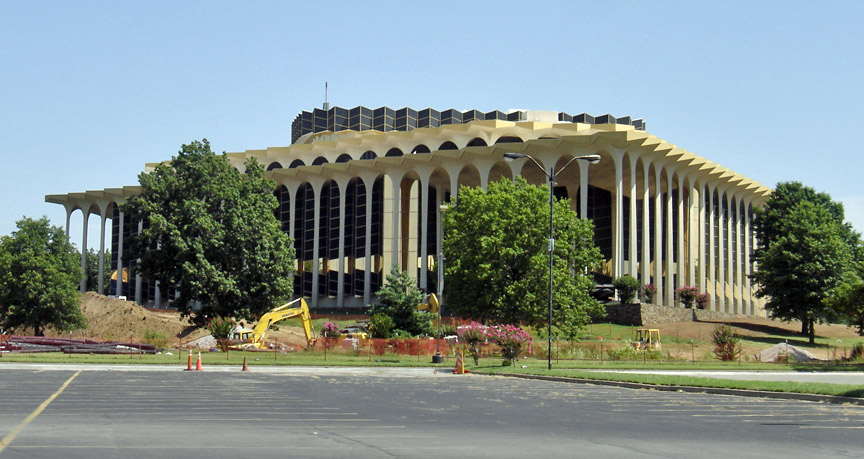 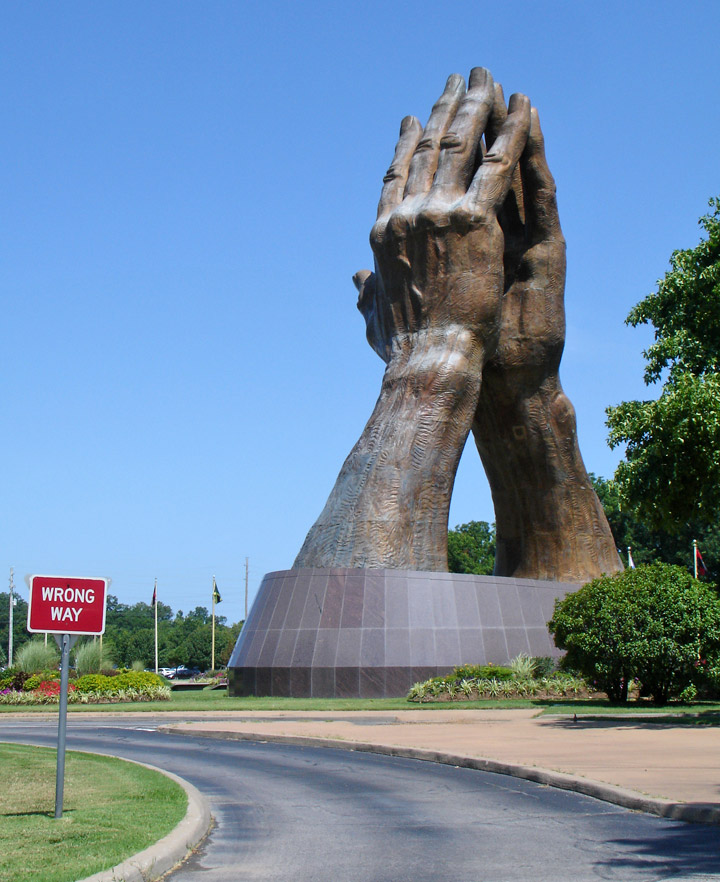