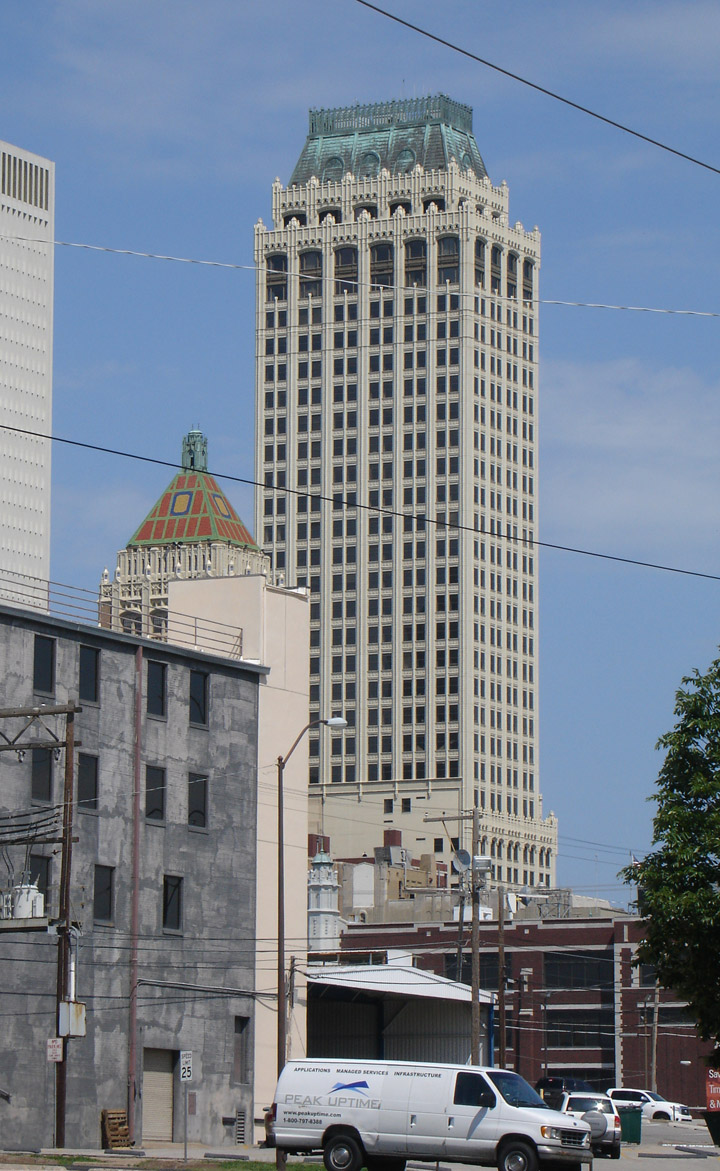 The Mid-Continent Tower is a skyscraper located at 401 South Boston Avenue in downtown Tulsa, Oklahoma. At 156 meters (513 ft) in height, it is the fourth-tallest building in Tulsa and in Oklahoma. Faced with bright white terra cotta and crowned with a distinctive copper roof, it is one of the city's most recognizable buildings. 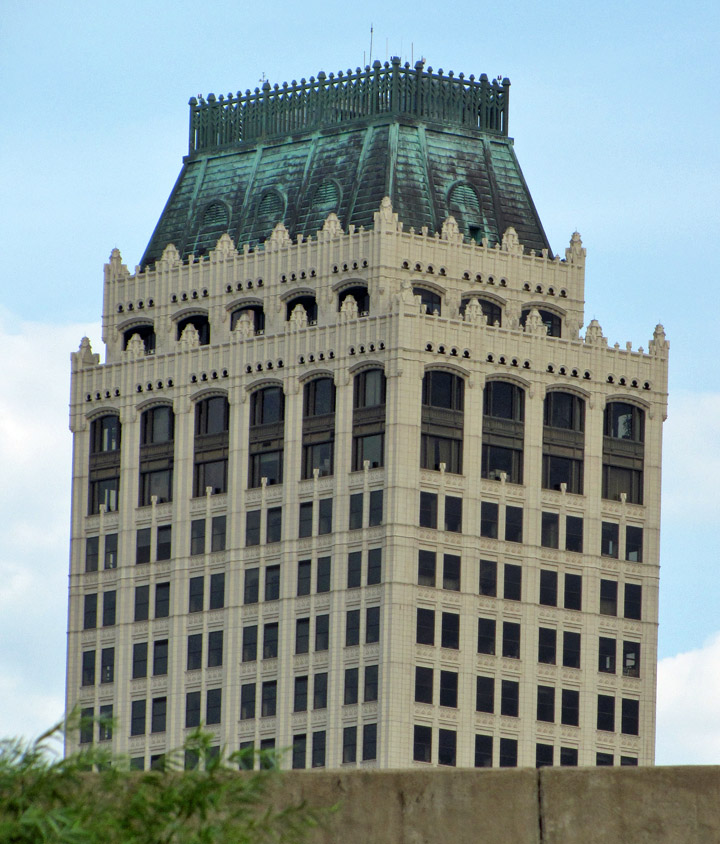 The Mid-Continent Tower started out as the Cosden Building built for oil baron Joshua Cosden in 1918, at sixteen-stories it was Tulsa's first skyscraper. The Cosden Building was built on the site of the first Tulsa Schoolhouse, which was established as a mission in 1885 on Creek Indian land. The building was restored in 1980, and in 1984 a new 20-story tower was cantilevered over it, bringing the total number of floors to 36. The tower appears to rest on the Cosden Building, but it is actually supported by an addition built onto the east side of the older structure. The entire project was designed to resemble the style of the Cosden Building as closely as possible, giving the impression of a unified whole even though the two sections of the building were constructed 66 years apart. The Cosden Building was listed on the National Register of Historic Places in 1979. 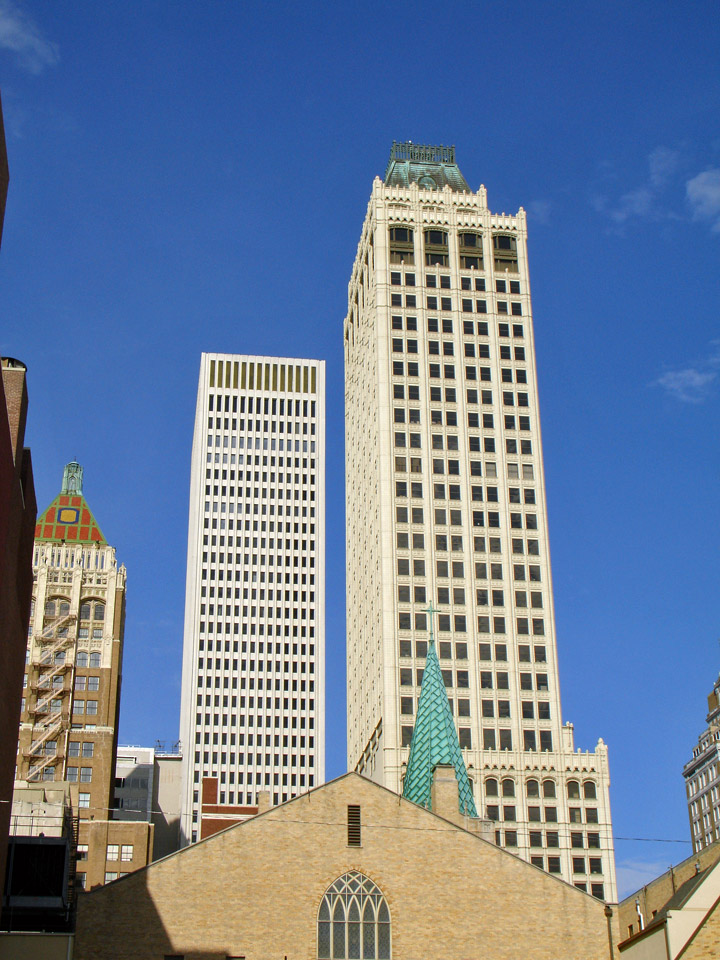 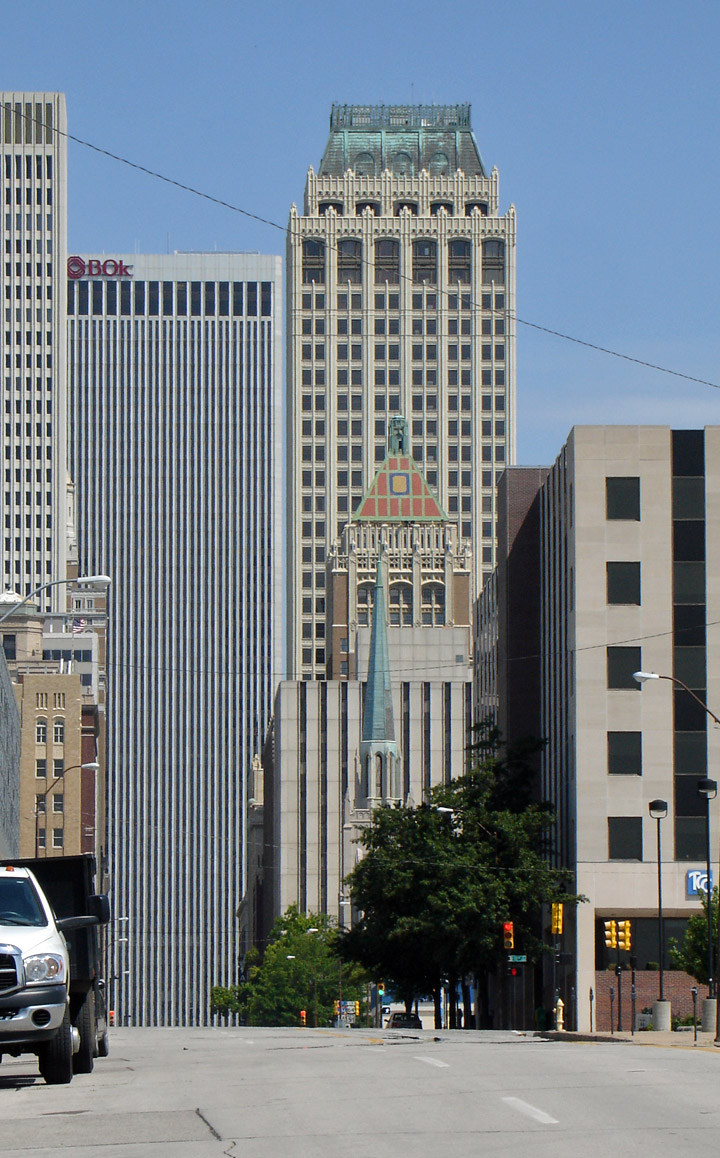