The British Royal Navy's repair facility
during the Georgian period 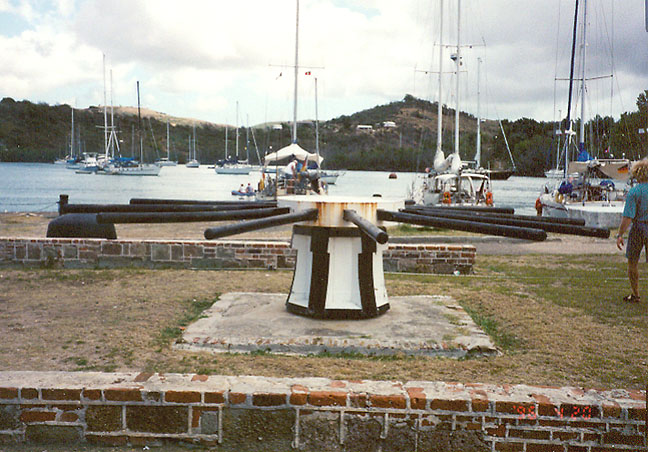 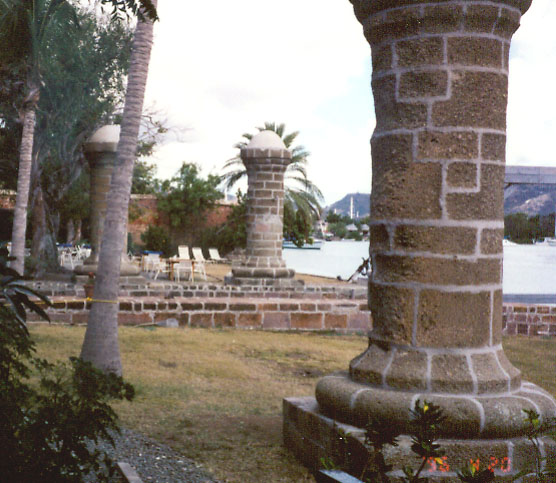 the boat house and sail loft 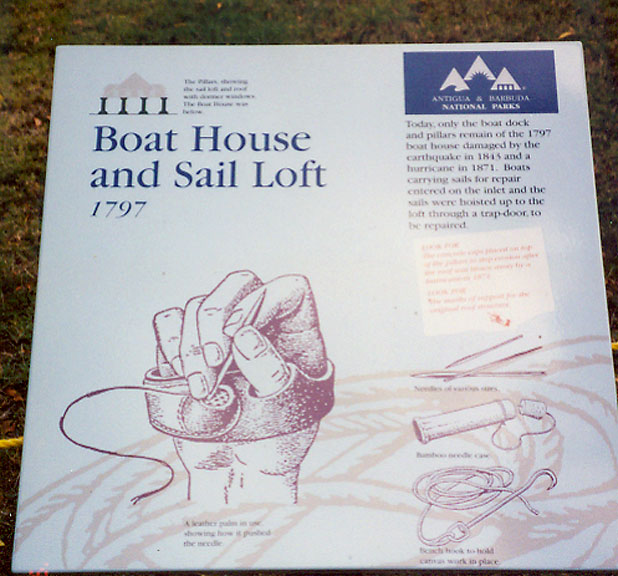 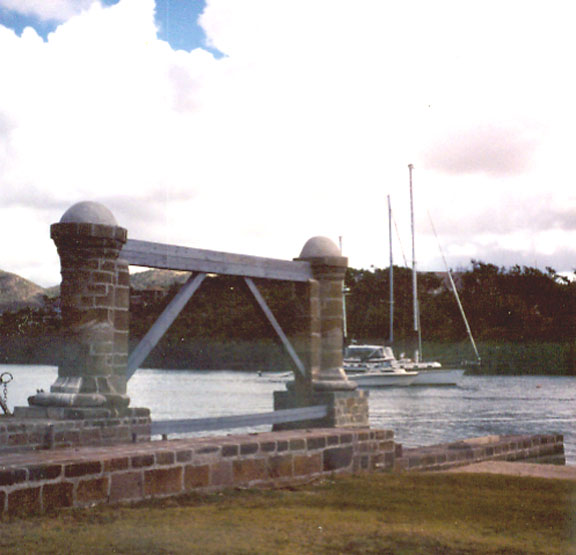 pillars of the sail loft

The city also is a tourist center. Points of interest include the Court House (1747), the remains of Fort James (1703), Saint John's Anglican Cathedral (1834), and picturesque houses and alleys. Settled in 1632 by English colonists from Saint Kitts, Saint John's grew after 1663 when more colonists arrived from England. 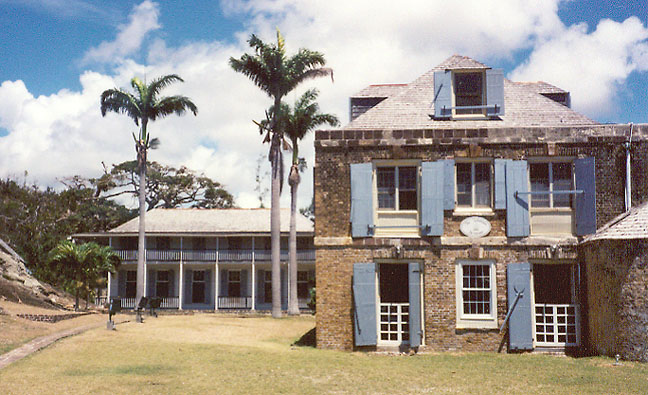 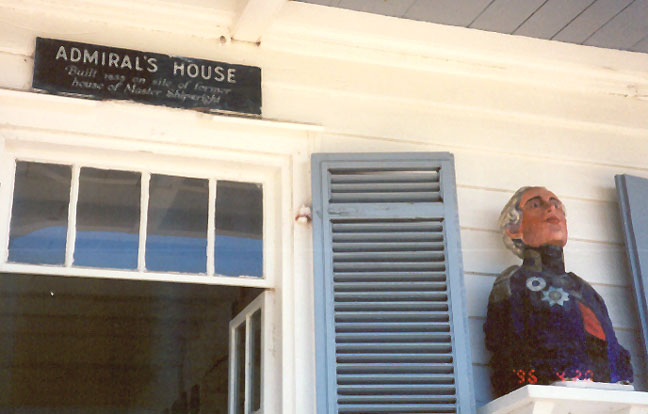 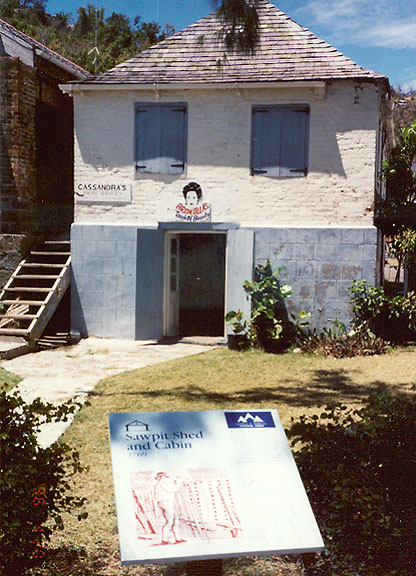 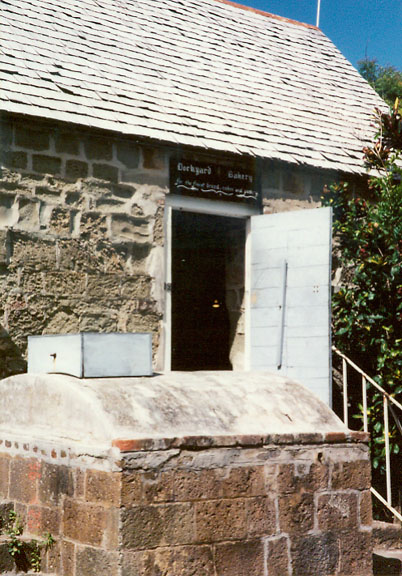 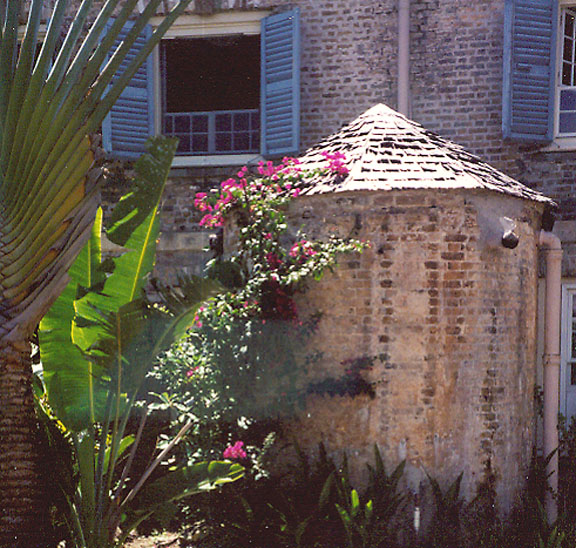 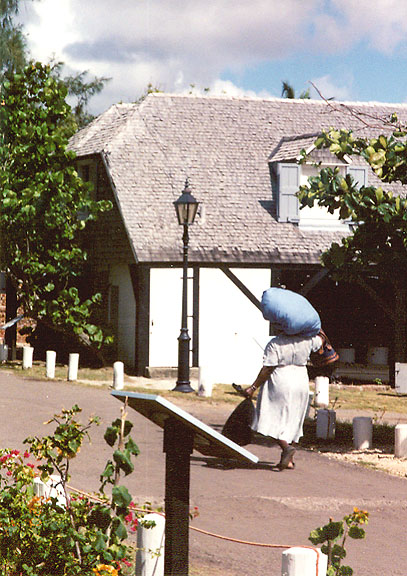 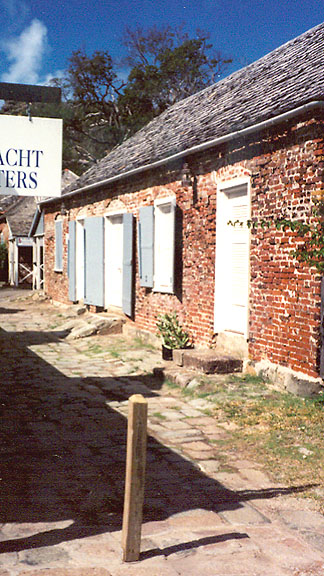 It was the West Indies headquarters of the Royal Navy in the 18th century; Coolidge Field, east of the city, was used by the United States during World War II (1939-1945). In 1981 Saint John's became the capital of the newly independent state of Antigua and Barbuda. Population (1990 estimate) 23,000. 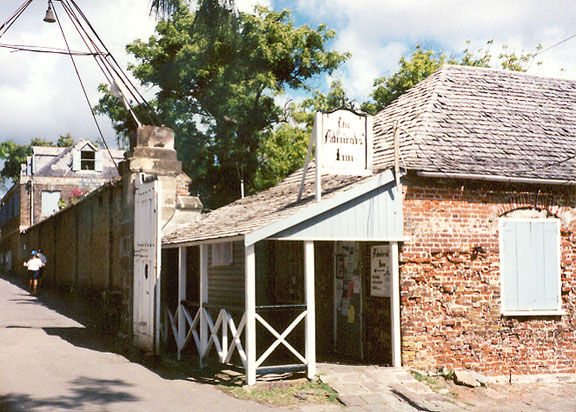 one of the buildings is used as the Admiral's Inn 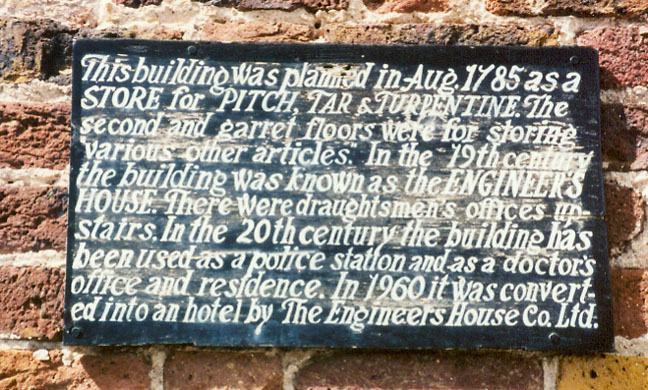 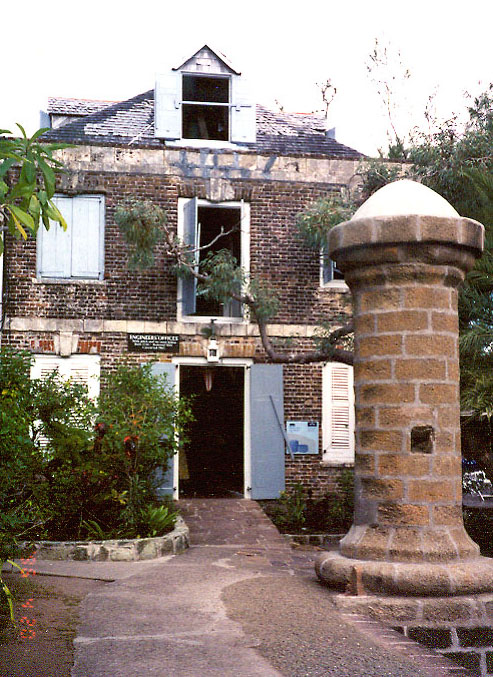 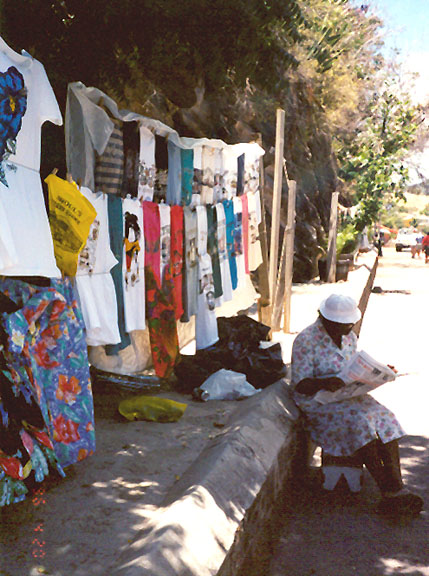 outside can purchase T shirts 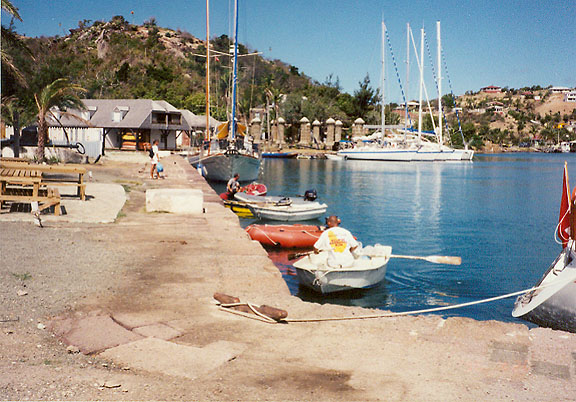 the harbor as it looks today 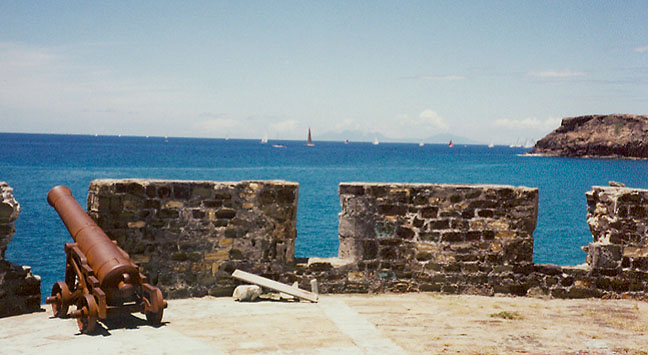 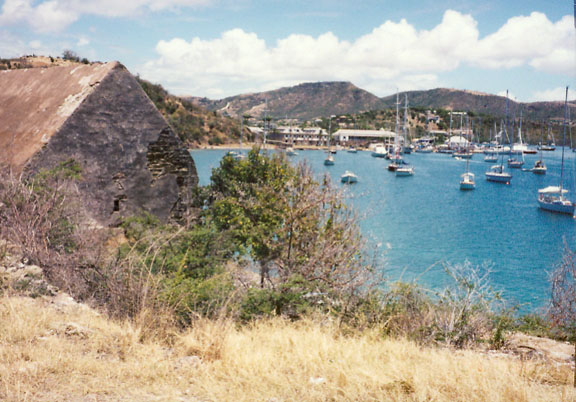 the harbor as seen from the fort

the view to sea and the other islands