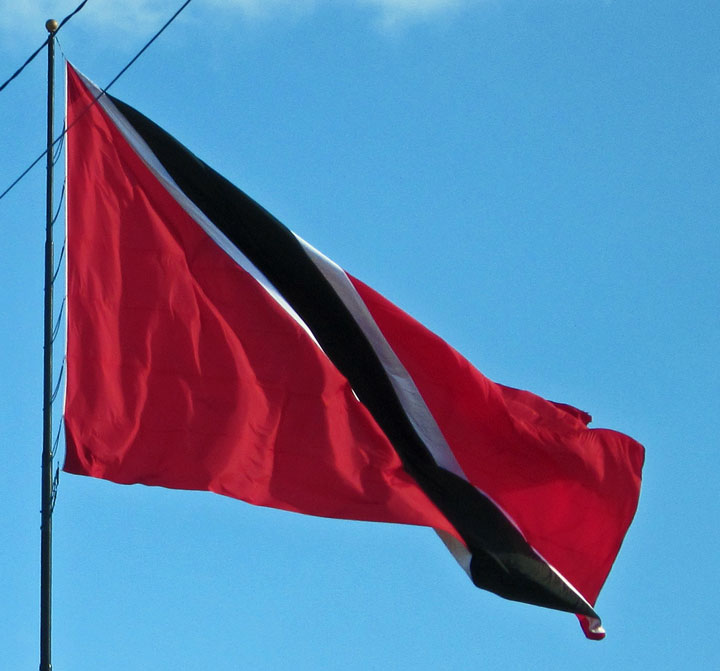 The country covers an area 5,128 square kilometres (1,980 sq mi) and consists of two main islands, Trinidad and Tobago, and numerous smaller landforms. Trinidad is the larger and more populous of the main islands, comprising about 94% of the total area and 96% of the total population of the country. The nation lies outside the hurricane belt. 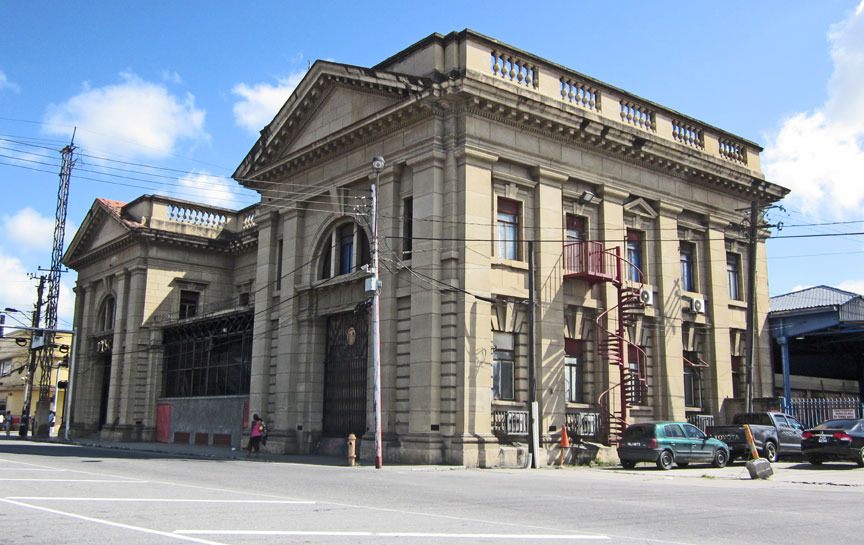 The island of Trinidad was a Spanish colony from the arrival of Christopher Columbus in 1498 to the capitulation of the Spanish Governor, Don José Maria Chacón, on the arrival of a British fleet of 18 warships on 18 February 1797. During the same period, the island of Tobago changed hands between Spanish, British, French, Dutch and Courlander colonizers. Trinidad and Tobago was ceded to Britain in 1802 under the Treaty of Amiens. The country obtained independence in 1962, becoming a republic in 1976. Unlike most of the English-speaking Caribbean, Trinidad and Tobago's economy is primarily industrial, with an emphasis on petroleum and petrochemicals. 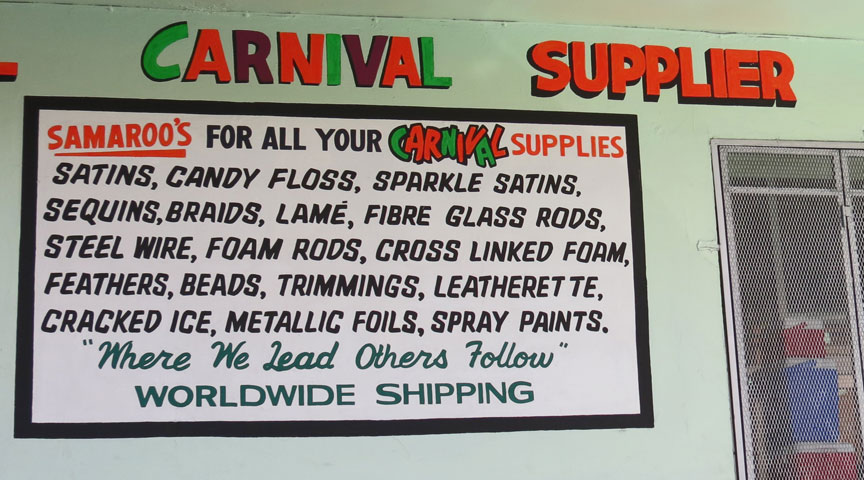 all supplies necessary to celebrate Carnival


Trinidad and Tobago is known for its Carnival and is the birthplace of steelpan, calypso, soca, Carnival, and limbo. 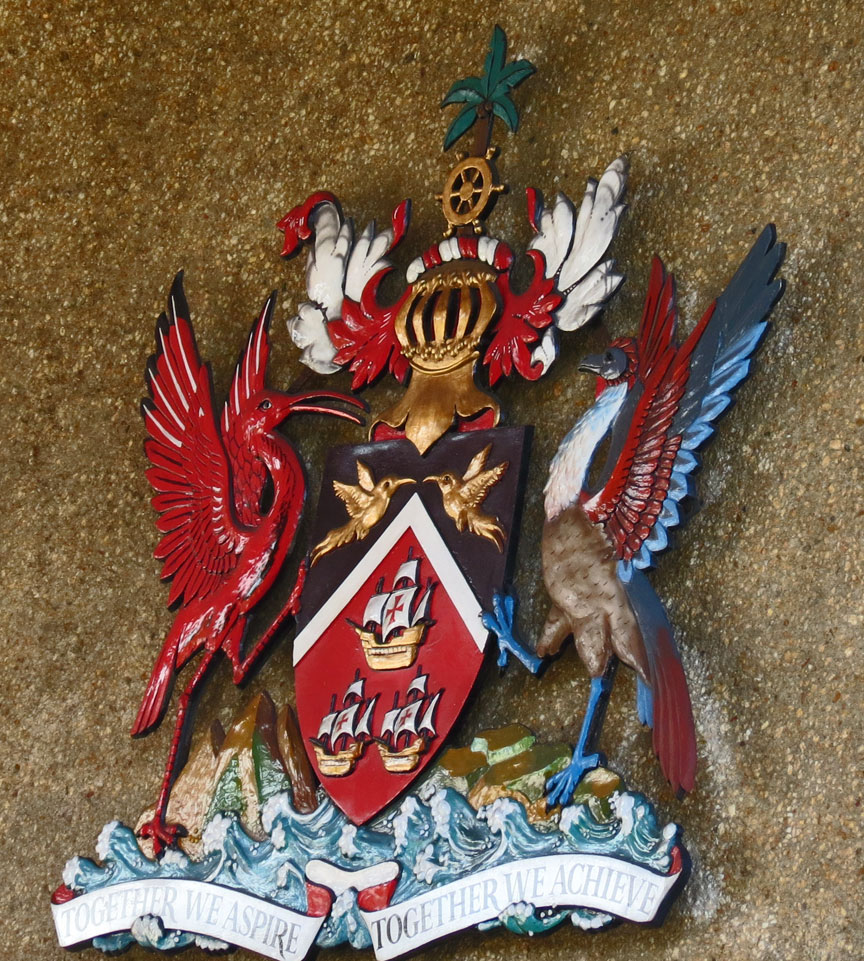 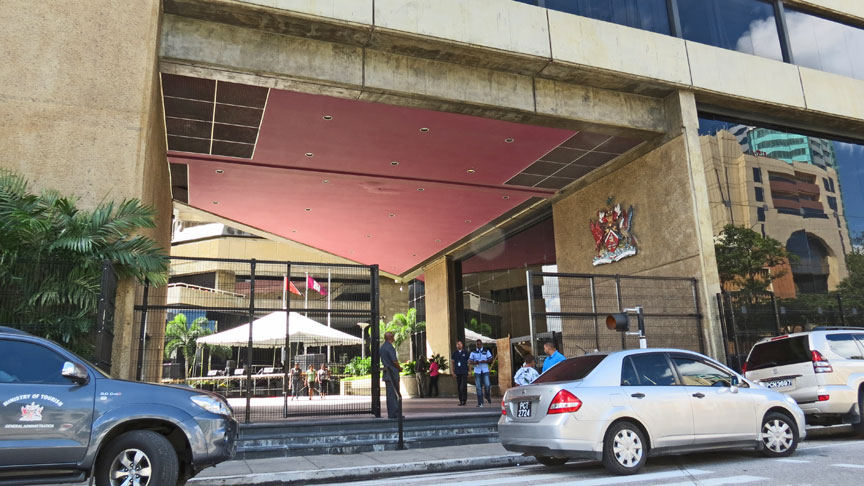 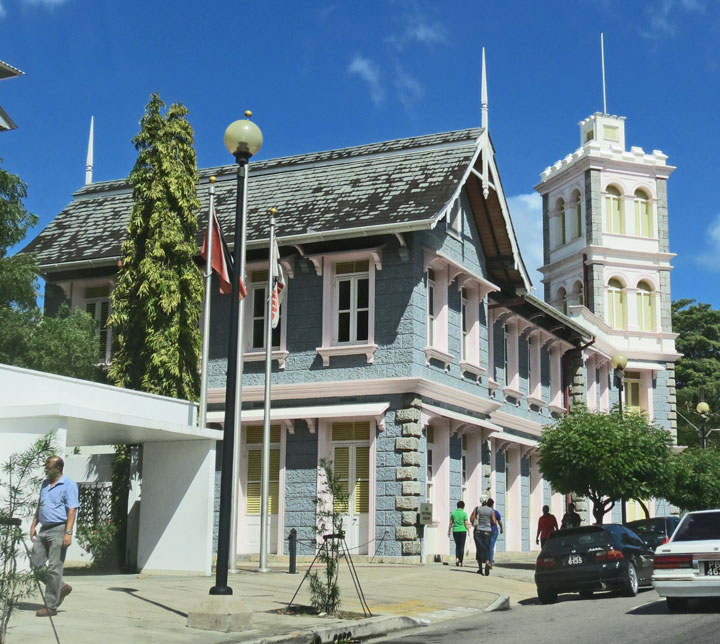 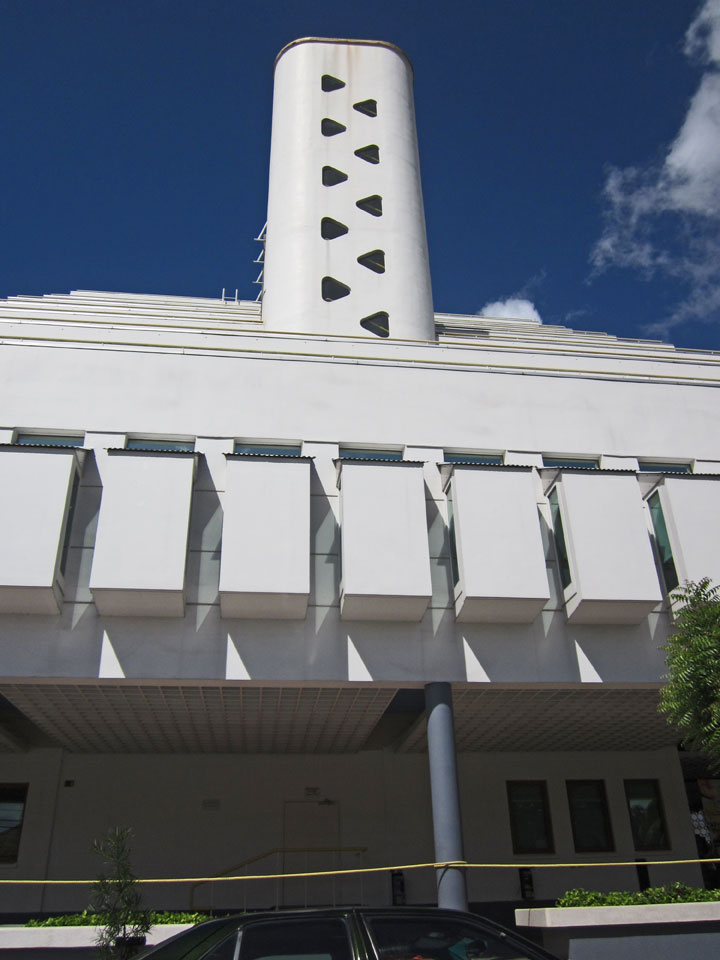 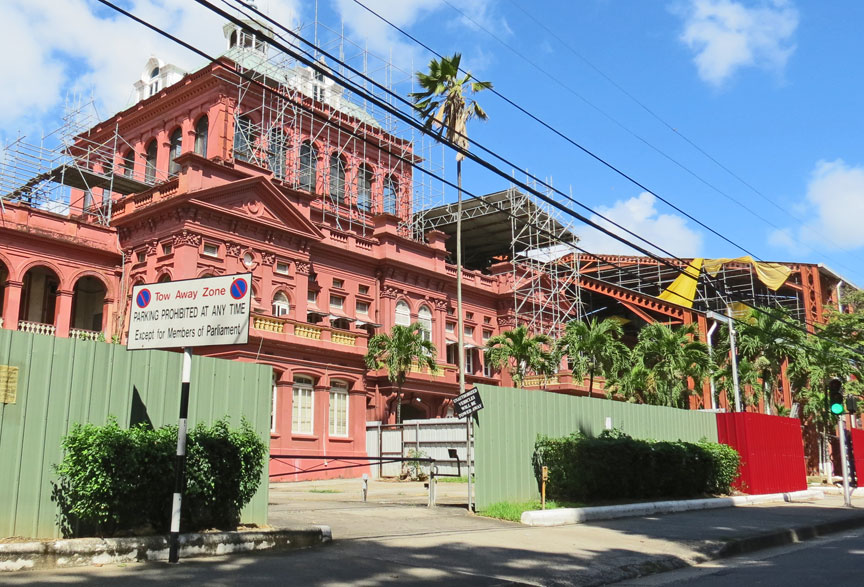 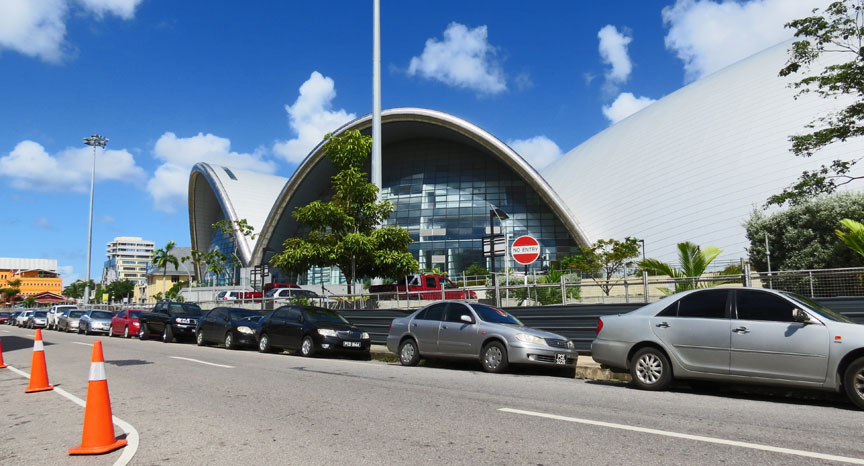 Port of Spain National Academy for the Performing Arts 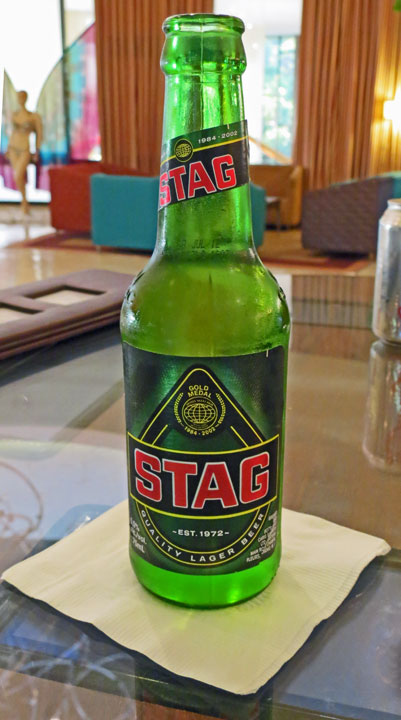 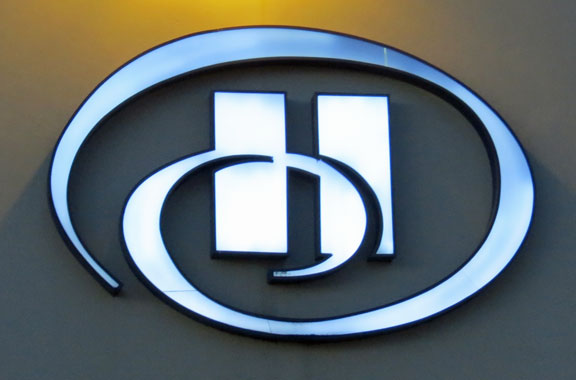 Photos from the Island of Tobago 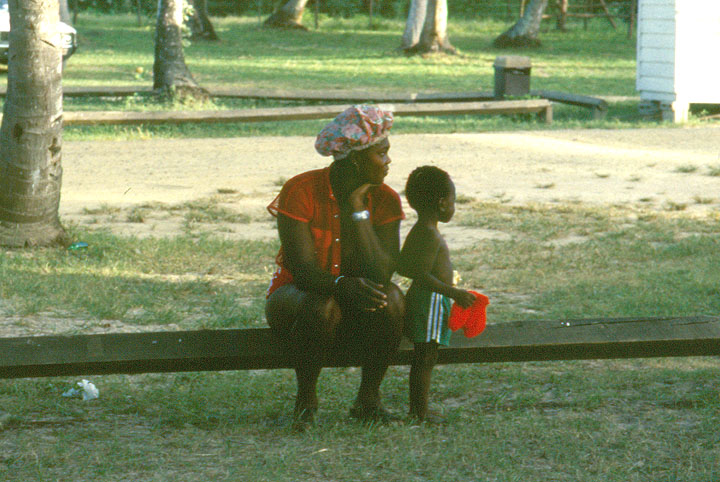 Columbus reported seeing Tobago on the distant horizon in 1498, naming it Bellaforma, but did not land on the island. The present name of Tobago is thought to be a corruption of its old name, "Tobaco". 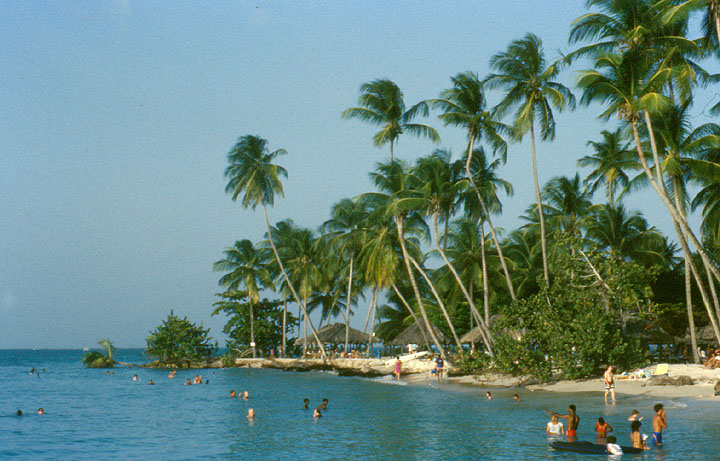 The Dutch and the Courlanders (people from the small duchy of Courland and Semigallia in modern-day Latvia) established themselves in Tobago in the 16th and 17th centuries and produced tobacco and cotton. Over the centuries, Tobago changed hands between Spanish, British, French, Dutch and Courlander colonizers. Britain consolidated its hold on both islands during the Napoleonic Wars, and they were combined into the colony of Trinidad and Tobago in 1889. 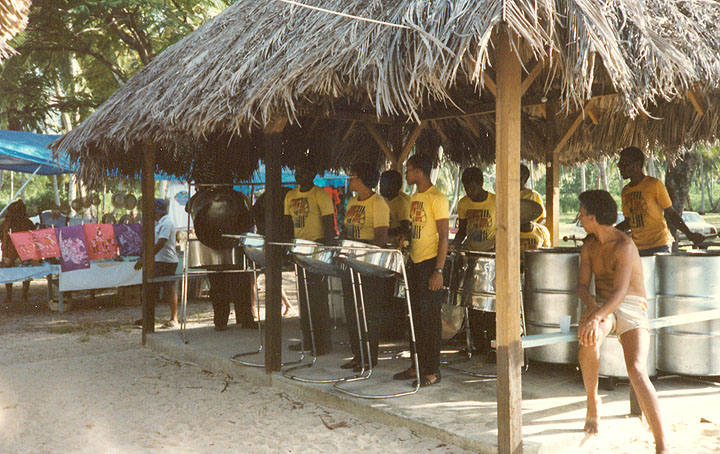 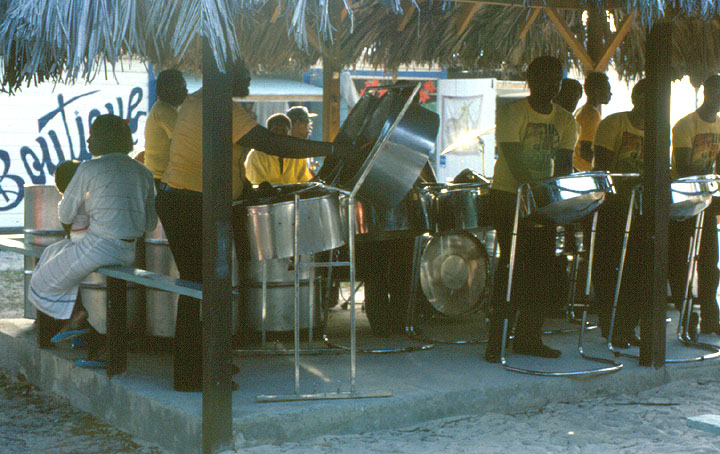 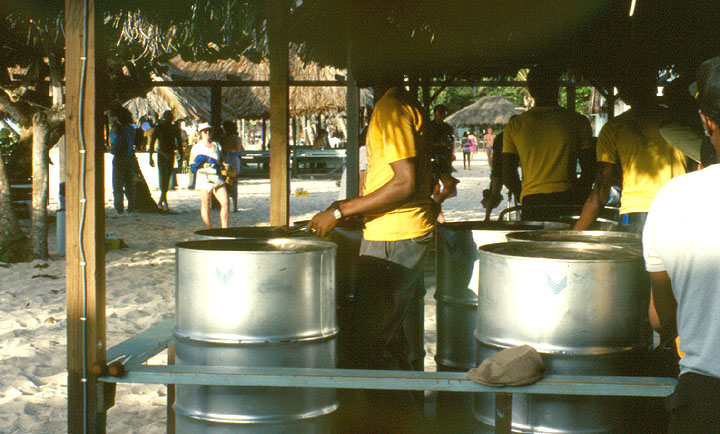 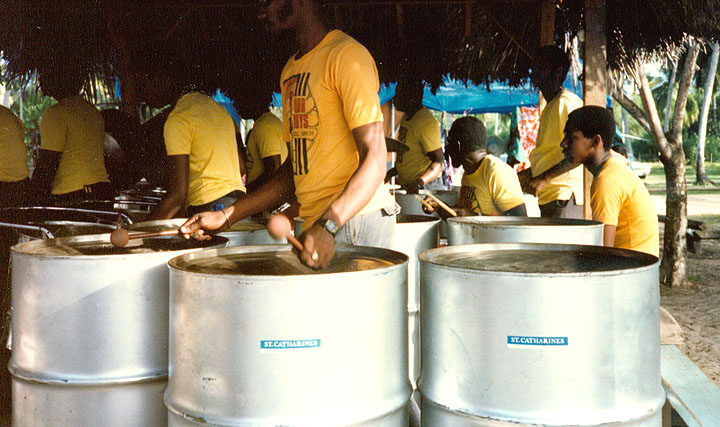 As a result of these colonial struggles, Amerindian, Spanish, French and English place names are all common in the country. African slaves and Chinese, Indian, and free African indentured laborers, as well as Portuguese from Madeira, arrived to supply labour in the nineteenth and early twentieth century. Emigration from Barbados and the other Lesser Antilles, Venezuela, Syria, and Lebanon also impacted on the ethnic make-up of the country. 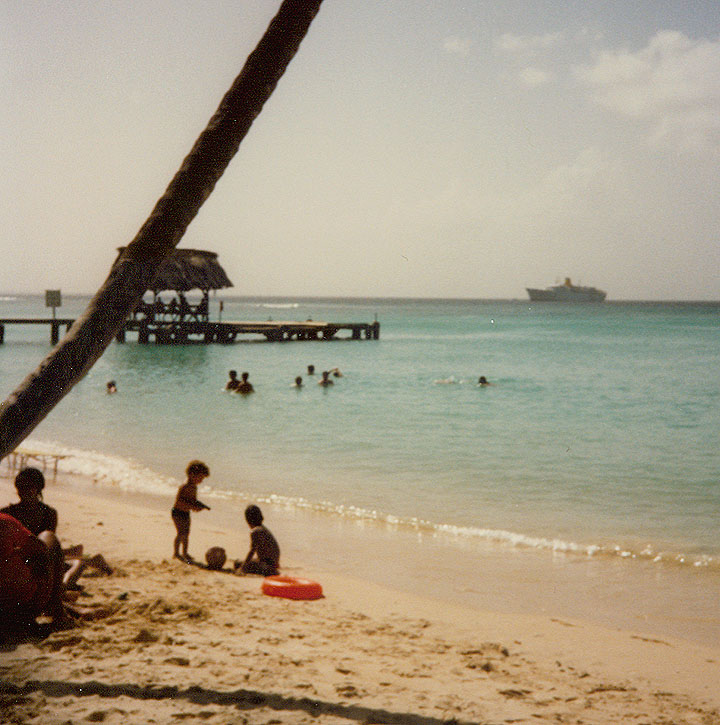 enjoying the beach
(cruise ship waiting our return in the background)