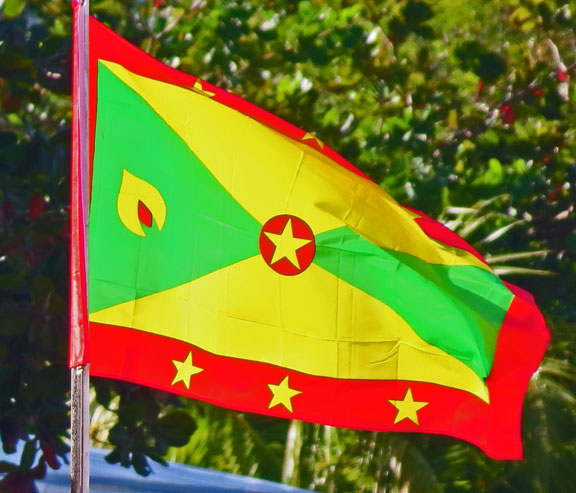 Grenada is an island country and Commonwealth Realm consisting of the island of Grenada and six smaller islands at the southern end of the Grenadines in the southeastern Caribbean Sea. Grenada is located northwest of Trinidad and Tobago, northeast of Venezuela, and southwest of Saint Vincent and the Grenadines. 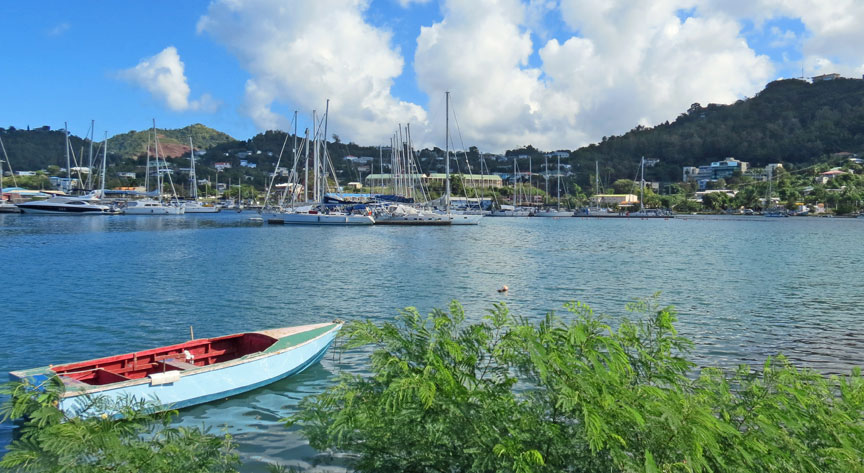 Grenada is also known as the "Island of Spice" due to the production of nutmeg and mace crops of which Grenada is one of the world's largest exporters. Its size is 344 square kilometers (133 sq mi), with an estimated population of 110,000. Its capital is St. George's. The national bird of Grenada is the critically endangered Grenada Dove. 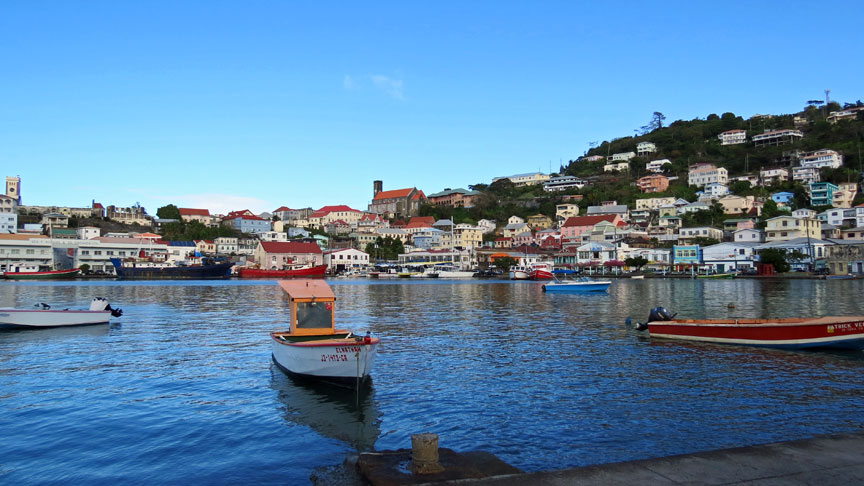 Grenada was first sighted by Europeans in 1498 during the 3rd voyage of Columbus to the new world. At the time the indigenous Island Caribs (Kalinago) who lived there called it Camahogne. The Spaniards did not permanently settle on Camahogne. The English failed in their attempt at settlement in 1609. 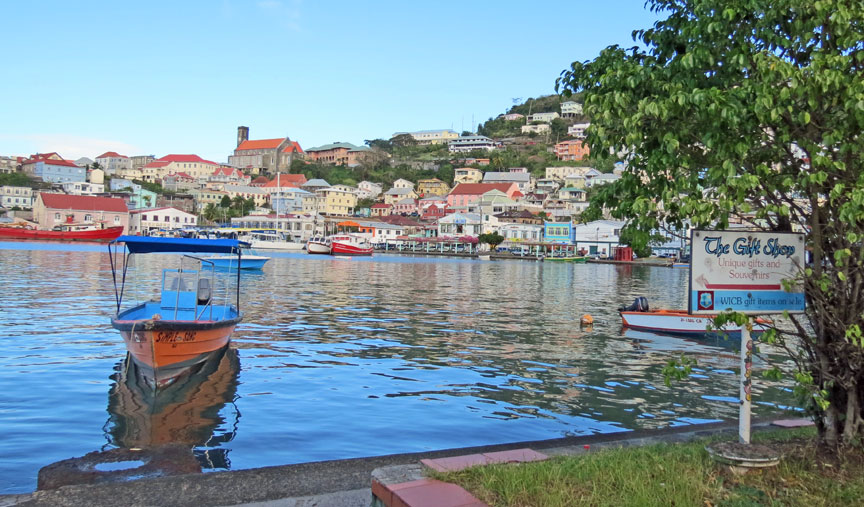 On March 17, 1649 a French expedition of 203 men from Martinique, led by Jacques du Parquet founded a permanent settlement on Grenada. Within months this led to conflict with the local islanders which lasted until 1654 when the Island was completely subjugated by the French. Those indigineous islanders who survived either left for neighbouring islands or retreated to remoter parts of Grenada where they were marginalised – the last distinct communities disappeared during the eighteenth century. Warfare did continue during the seventeenth century between the French on Grenada and the Caribs of present day Dominica and St. Vincent and the Grenadines. The French named the new French colony La Grenade and the economy was initially based on sugar and indigo. The French established a capital known as Fort Royal (later St. George). To shelter from hurricanes the French navy would often take refuge in the capital's natural harbor, as no nearby French islands had a natural harbor to compare with that of Fort Royal. The British captured Grenada during the Seven Years' War in 1762. 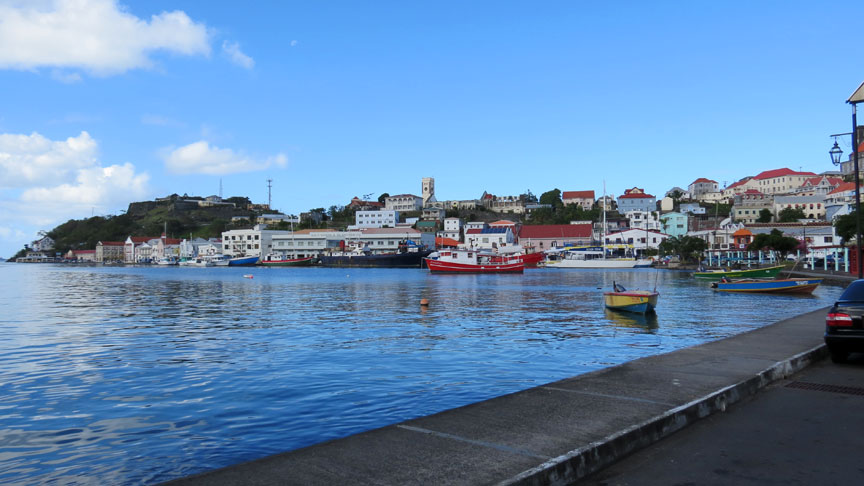 Grenada was formally ceded to Britain by the Treaty of Paris in 1763. The French re-captured the island during the American War of Independence, after Comte d'Estaing won the bloody land and naval Battle of Grenada in July 1779. However the island was restored to Britain with the Treaty of Versailles in 1783. Britain was hard pressed to overcome a pro-French revolt in 1795–1796 led by Julien Fedon. Nutmeg was introduced to Grenada in 1843 when a merchant ship called in on its way to England from the East Indies. The ship had a small quantity of nutmeg trees on board which they left in Grenada and this was the beginning of Grenada's nutmeg industry that now supplies nearly forty percent of the world's annual crop. In 1877 Grenada was made a Crown Colony. Theophilus A. Marryshow founded the Representative Government Association (RGA) in 1917 to agitate for a new and participative constitutional dispensation for the Grenadian people. Partly as a result of Marryshow`s lobbying the Wood Commission of 1921–1922 concluded that Grenada was ready for constitutional reform in the form of a 'modified' Crown Colony government. This modification granted Grenadians from 1925 the right to elect 5 of the 15 members of the Legislative Council, on a restricted property franchise enabling the wealthiest 4% of adult Grenadians to vote. 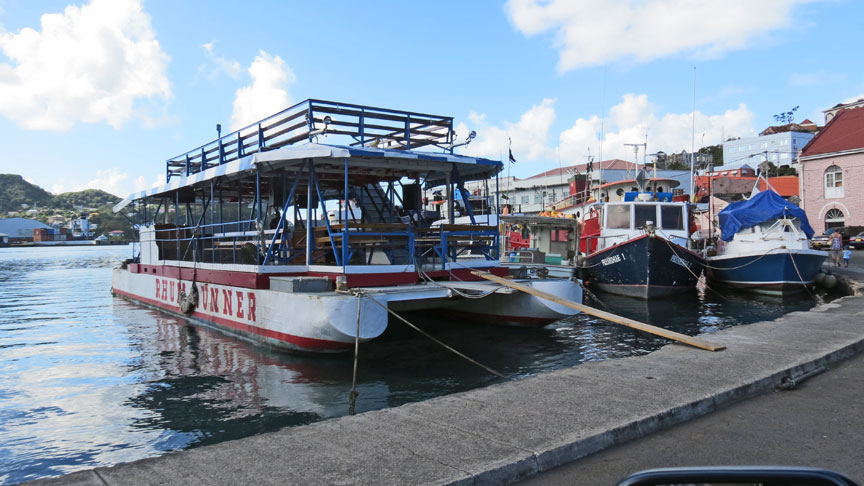 In 1950 Eric Gairy founded the Grenada United Labour Party, initially as a trades union, which led the 1951 general strike for better working conditions, this sparked great unrest – so many buildings were set ablaze that the disturbances became known as the 'red sky' days – and the British authorities had to call in military reinforcements to help regain control of the situation. On October 10, 1951 Grenada held its first general elections on the basis of universal adult suffrage - Eric Gairy's Grenada United Labour Party won 6 of the 8 seats contested. From 1958 to 1962 Grenada was part of the Federation of the West Indies. 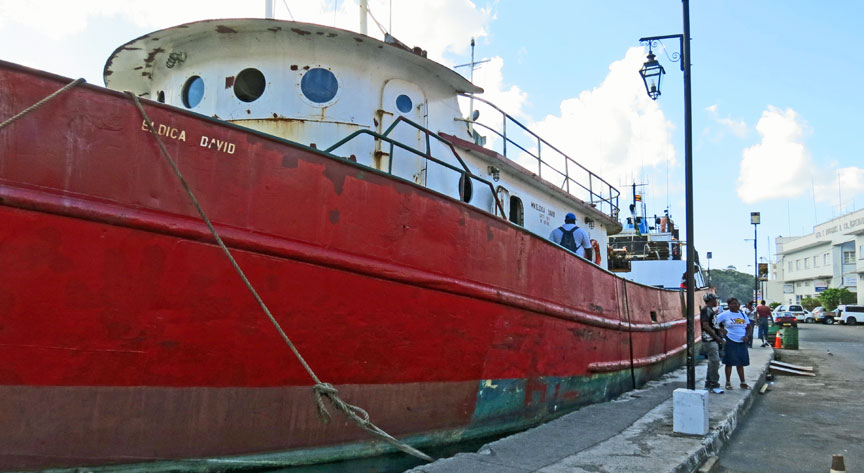 On March 3, 1967 Grenada was granted full autonomy over its internal affairs as an Associated State. Herbert Blaize was the first Premier of the Associated State of Grenada fom March to August 1967. Eric Gairy served as Premier from August 1967 until February 1974. 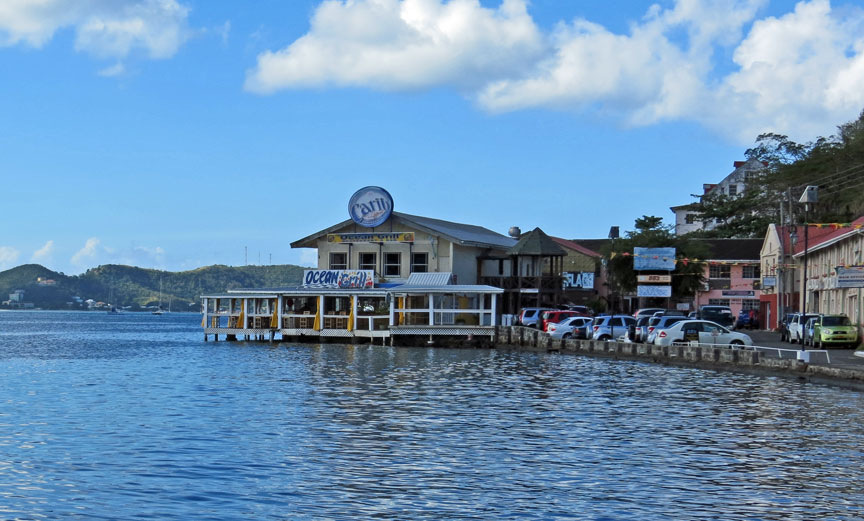 Independence was granted in 1974 under the leadership of the then Premier, Sir Eric Matthew Gairy, who became the first Prime Minister of Grenada. 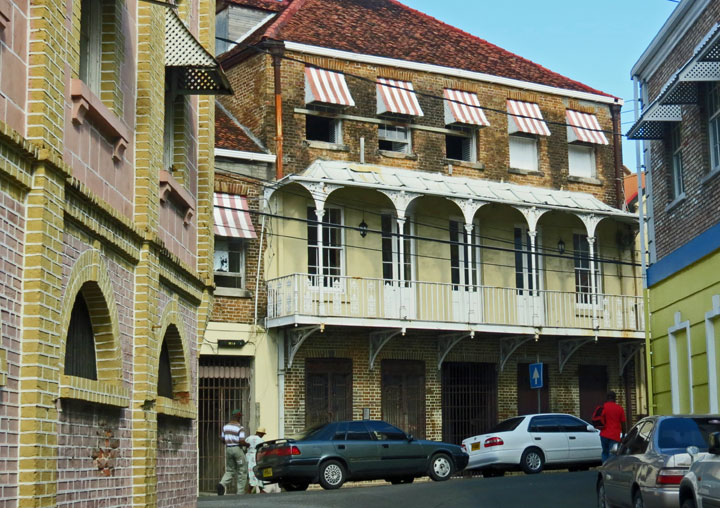 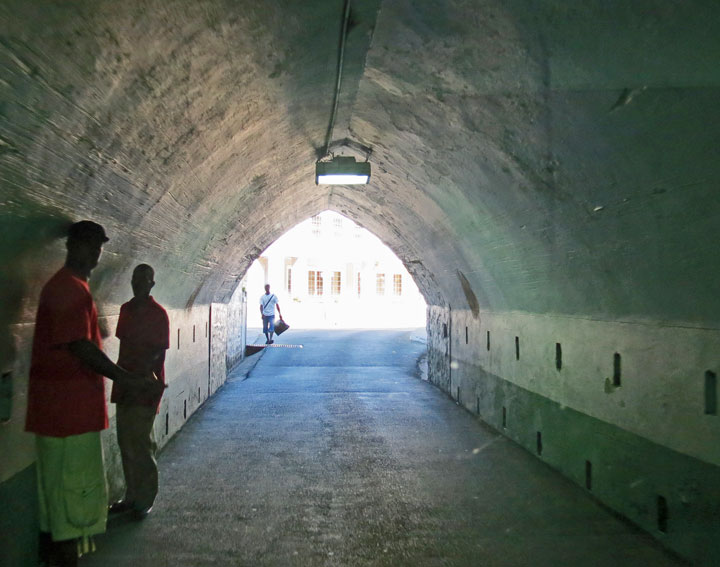 The constitution was suspended and Bishop's "People's Revolutionary Government" ruled subsequently by decree. Cuban doctors, teachers, and technicians were invited in to help develop health, literacy, and agriculture over the next few years. Agrarian reforms started by the Gairy government were continued and greatly expanded under the revolutionary government of Maurice Bishop.

Some years later a dispute developed between Bishop and certain high-ranking members of the NJM. Though Bishop cooperated with Cuba and the USSR on various trade and foreign policy issues, he sought to maintain a "non-aligned" status. Bishop had been taking his time making Grenada wholly socialist, encouraging private-sector development in an attempt to make the island a popular tourist destination. Hardline Marxist party members, including Communist Deputy Prime Minister Bernard Coard, deemed Bishop insufficiently revolutionary and demanded that he either step down or enter into a power-sharing arrangement. 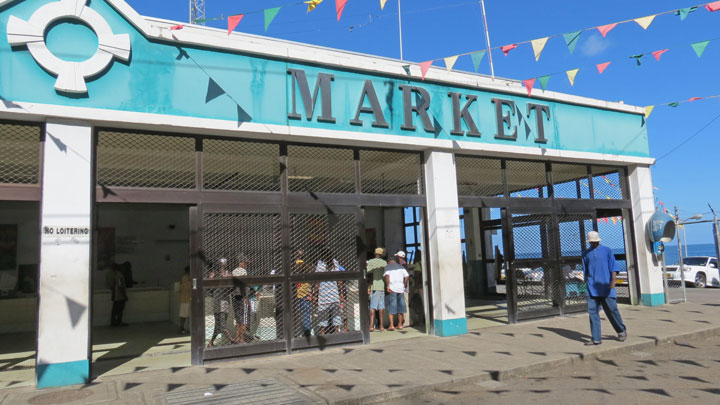 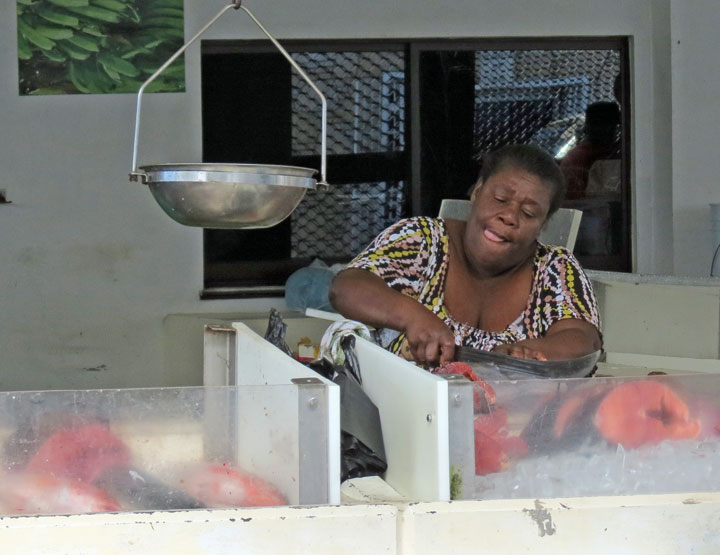 On October 19, 1983, Bernard Coard and his wife Phyllis, backed by the Grenadian Army, led a coup against the government of Maurice Bishop and placed Bishop under house arrest. These actions led to street demonstrations in various parts of the island. Bishop had enough support from the population that he was eventually freed after a demonstration in the capital. When Bishop attempted to resume power, he was captured and executed by soldiers along with seven others, including government cabinet ministers. The Coard regime then put the island under martial law. 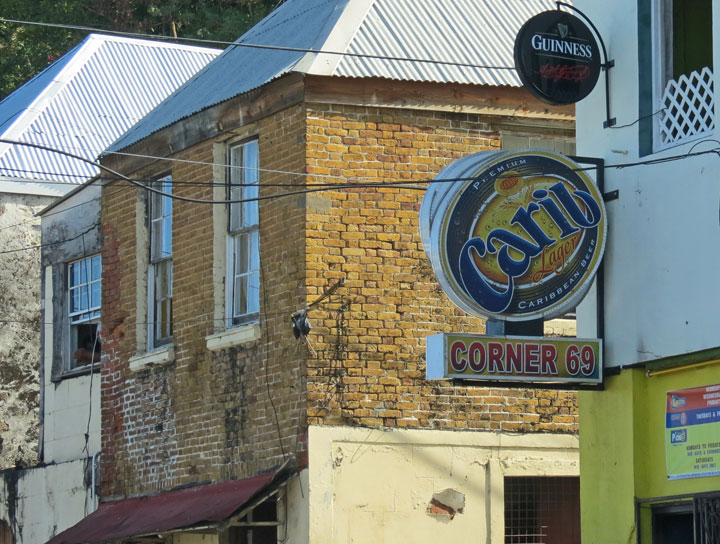 After the execution of Bishop, the People's Revolutionary Army formed a military government with General Hudson Austin as chairman. The army declared a four-day total curfew, during which (it said) anyone leaving their home without approval would be shot on sight. 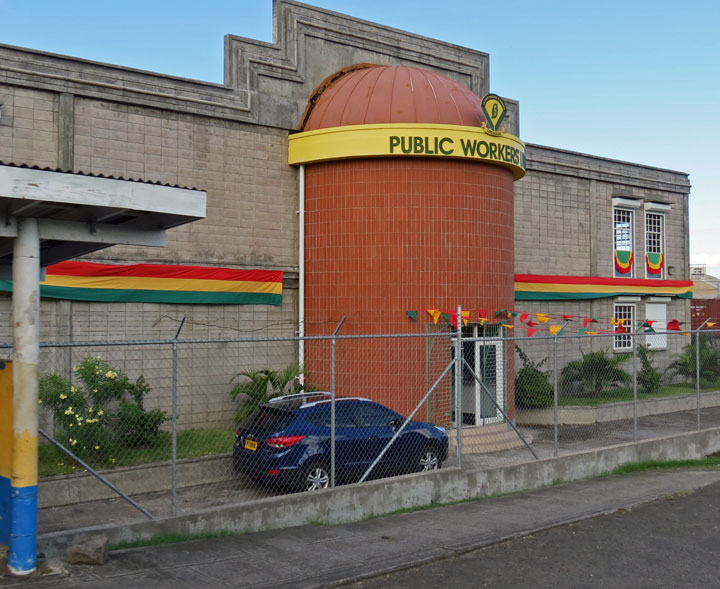 The overthrow of a moderate government by one which was strongly pro-communist worried U.S. President Ronald Reagan. Particularly concerning was the presence of Cuban construction workers and military personnel who were building a 10,000-foot (3,000 m) airstrip on Grenada. Bishop had stated the purpose of the airstrip was to allow commercial jets to land, but U.S. military analysts argued that the only reason for constructing such a long and reinforced runway was so that it could be used by heavy military transport planes. The contractors, American and European companies, and the EEC, which provided partial funding, all claimed the airstrip did not have military capabilities. Reagan was worried that Cuba – under the direction of the Soviet Union – would use Grenada as a refueling stop for Cuban and Soviet airplanes loaded with weapons destined for Central American communist insurgents.

On October 25 combined forces from the United States and from the Regional Security System (RSS) based in Barbados invaded Grenada in an operation codenamed Operation Urgent Fury. The U.S. stated this was done at the behest of Dame Eugenia Charles, of Dominica. While the Governor-General, Sir Paul Scoon, later stated that he had also requested the invasion, it was highly criticised by head of state HM Queen Elizabeth II and the governments of Britain, Trinidad and Tobago and Canada. The United Nations General Assembly condemned it as "a flagrant violation of international law" by a vote of 108 in favor to 9, with 27 abstentions. The United Nations Security Council considered a similar resolution, which failed to pass when vetoed by the United States. 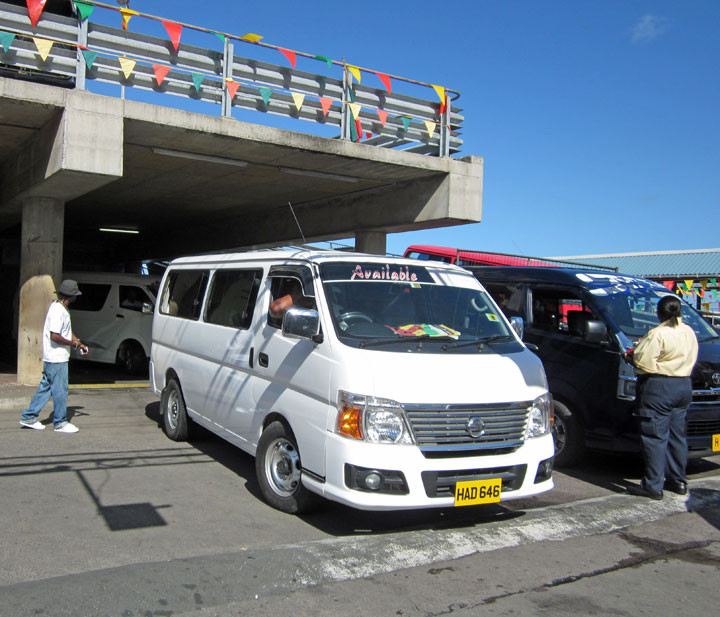 After the invasion of the island nation, the pre-revolutionary Grenadian constitution came into operation once again. Eighteen members of the PRG and the PRA (army) were arrested after the invasion on charges related to the murder of Maurice Bishop and seven others. The eighteen included the top political leadership of Grenada at the time of the execution as well as the entire military chain of command directly responsible for the operation that led to the executions. Fourteen were sentenced to death, one was found not guilty and three were sentenced to forty-five years in prison. The death sentences were eventually commuted to terms of imprisonment. Those in prison have become known as the Grenada 17. 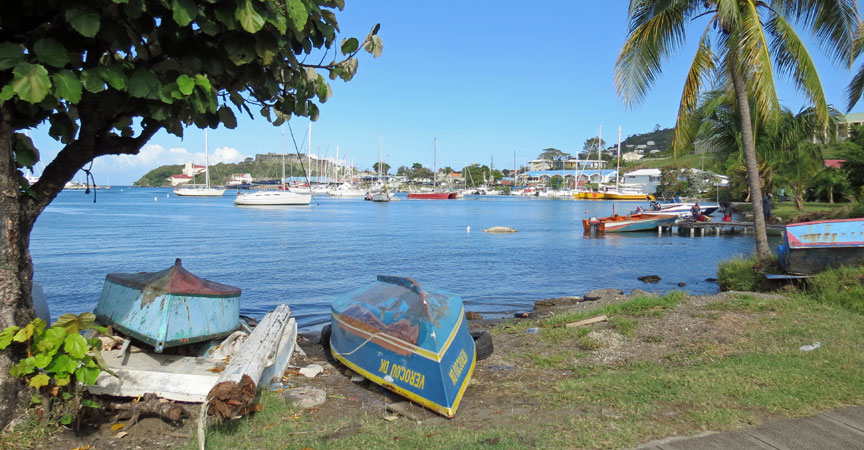 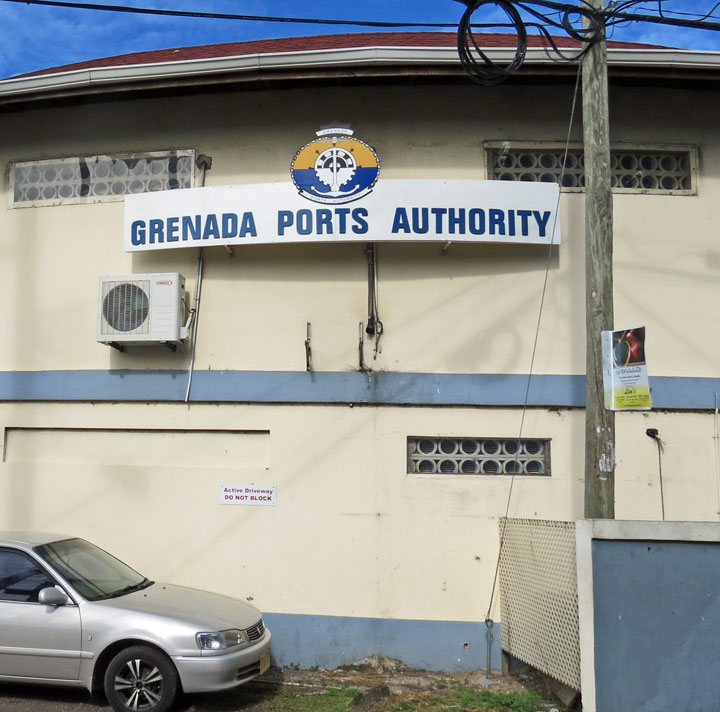 In 2000–2002, much of the controversy of the late 1970s and early 1980s was once again brought into the public consciousness with the opening of the truth and reconciliation commission. The commission was chaired by a Roman Catholic priest, Father Mark Haynes, and was tasked with uncovering injustices arising from the PRA, Bishop’s regime, and before. It held a number of hearings around the country. Brother Robert Fanovich, head of Presentation Brothers’ College (PBC) in St. George’s tasked some of his senior students with conducting a research project into the era and specifically into the fact that Maurice Bishop’s body was never discovered. See Maurice Paterson's book, published before this event, called Big Sky Little Bullet. Paterson also uncovered that there was still a lot of resentment in Grenadian society resulting from the era, and a feeling that there were many injustices still unaddressed. 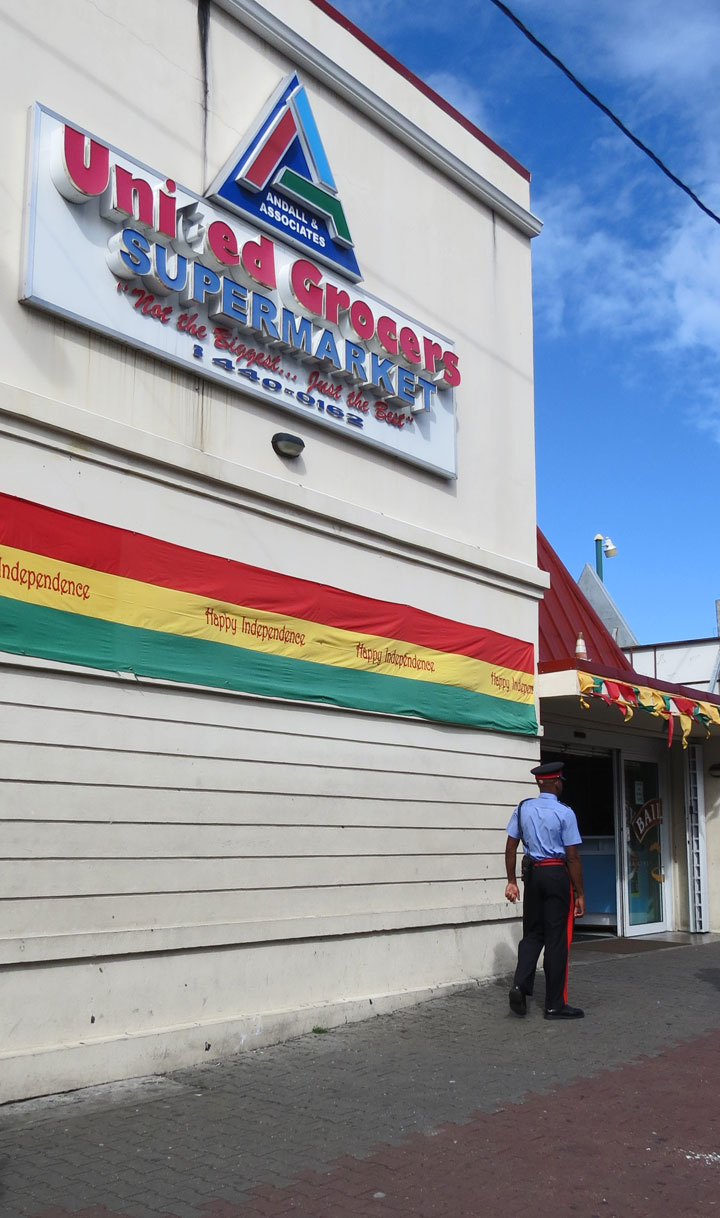 In 2004, after being hurricane-free for forty-nine years, the island was directly hit by Hurricane Ivan (September 7). Ivan struck as a Category 3 hurricane and caused 90 percent of the homes to be damaged or destroyed. The following year, 2005, Hurricane Emily (July 14), a Category 1 hurricane at the time, struck the northern part of the island with 80-knot (150 km/h; 92 mph) winds, causing an estimated USD $110 million (EC$ 297 million) worth of damage. This was much less damage than Ivan had caused.[citation needed] Grenada recovered due to both domestic labor and financing from the world at large, and the work done by the New National Party Administration of Dr. Keith Mitchell and his team. By December 2005, 96% of all hotel rooms were to be open for business and to have been upgraded in facilities and strengthened to an improved building code.[citation needed] The agricultural industry and in particular the nutmeg industry suffered serious losses, but that event has begun changes in crop management and it is hoped that as new nutmeg trees gradually mature, the industry will return to its pre-Ivan position as a major supplier in the Western world.

In April 2007, Grenada jointly hosted (along with several other Caribbean nations) the 2007 Cricket World Cup. The island's then Prime Minister was at the time CARICOM Representative on cricket and was instrumental in having the World Cup Games brought to the region. After Hurricane Ivan, the government of the People's Republic of China (PRC) paid for the new $40 million national stadium, and provided the aid of over 300 laborers to build and repair it. During the opening ceremony, the anthem of the Republic of China (ROC, Taiwan) was accidentally played instead of the PRC's anthem, leading to the firing of top officials. 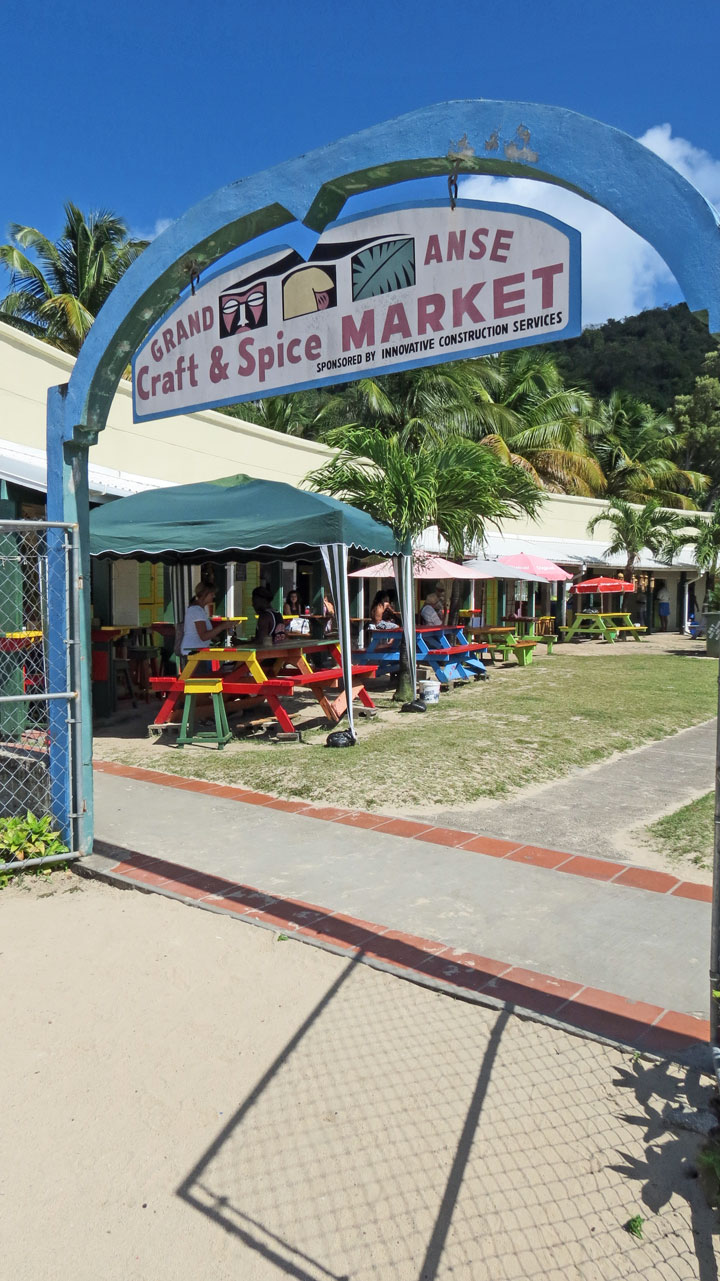 The 2008 election was won by the National Democratic Congress under Tillman Thomas. 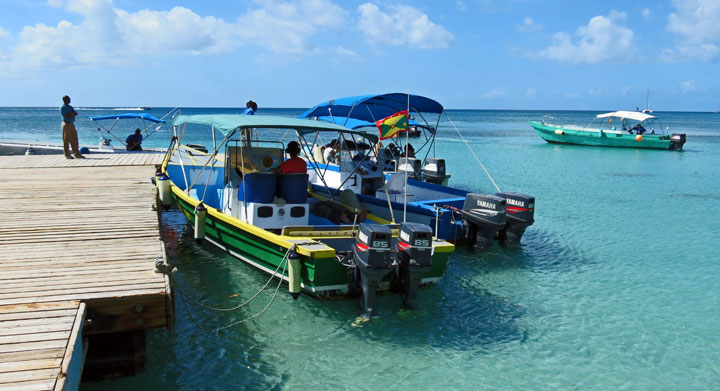 water taxis bringing people to the beach from the Cruise Terminal 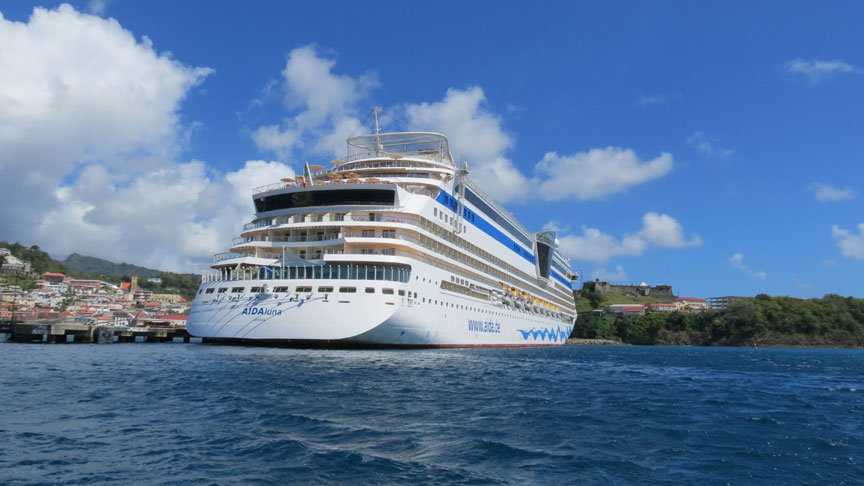 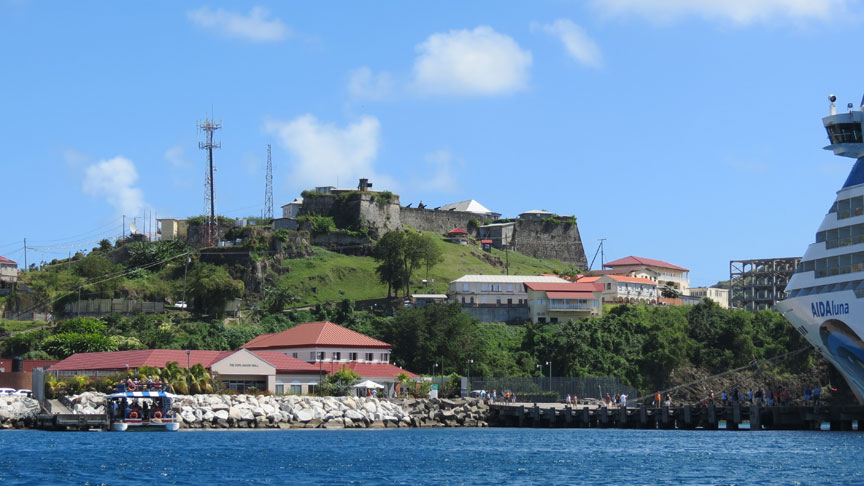 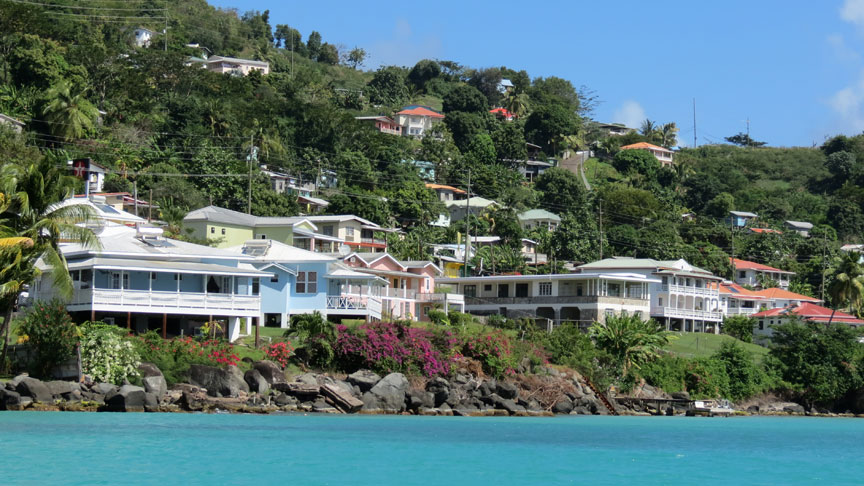 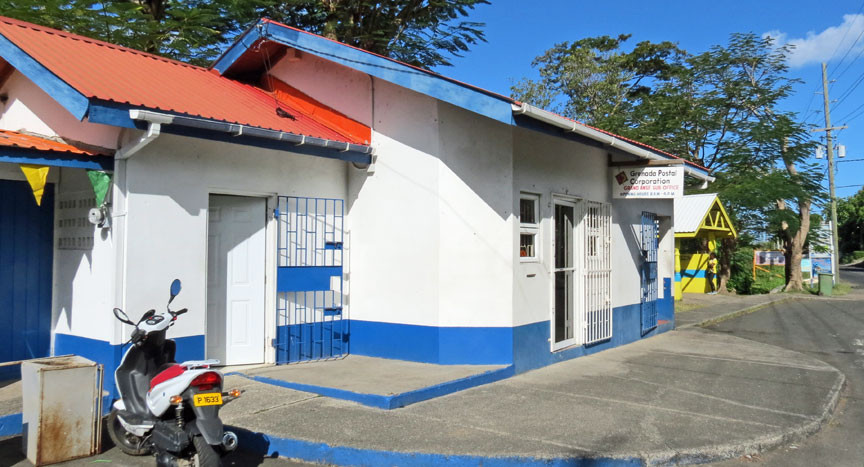 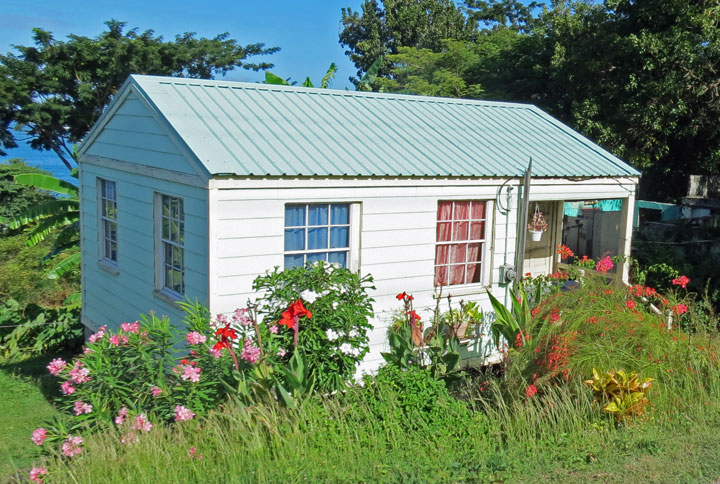 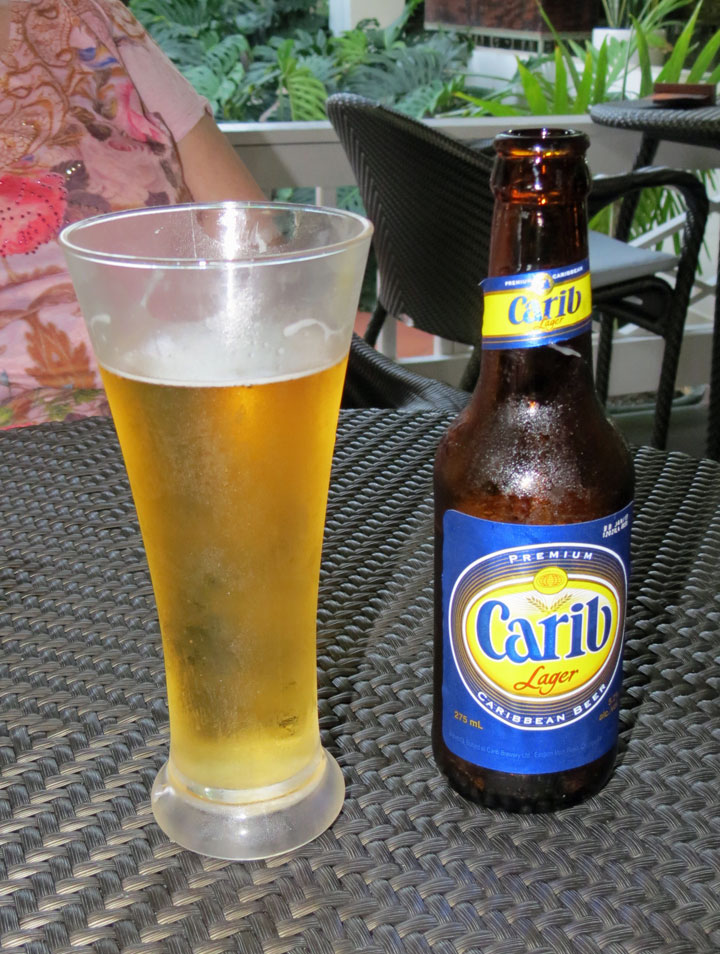