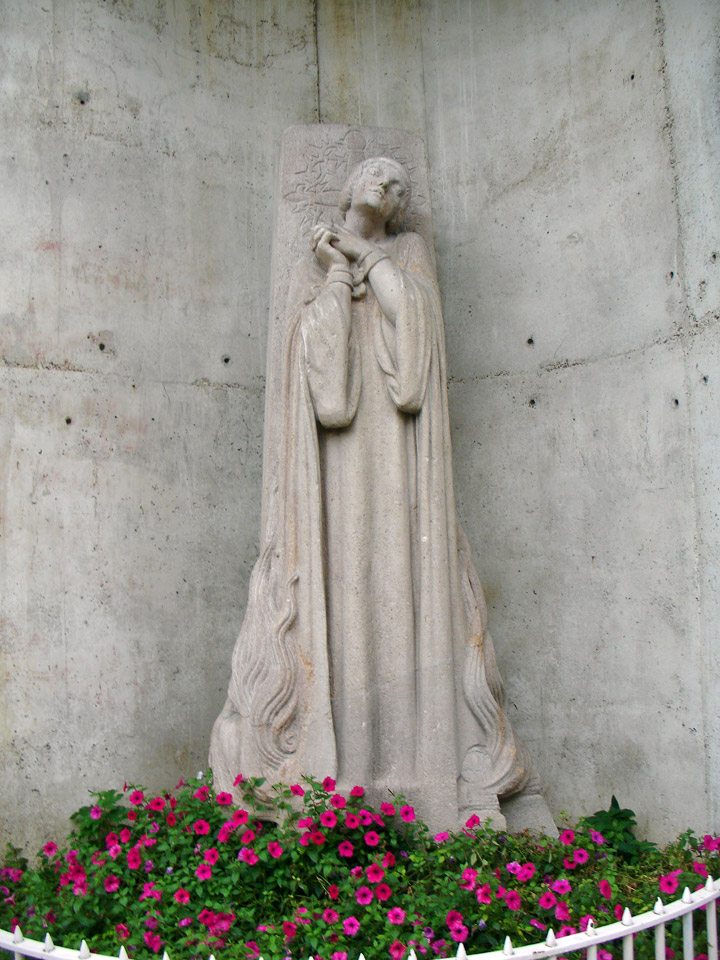 Joan of Arc, Saint, in French, Jeanne d'Arc (1412-1431), called the Maid of Orléans, national heroine and patron saint of France, who united the nation at a critical hour and decisively turned the Hundred Years' War in France's favor. 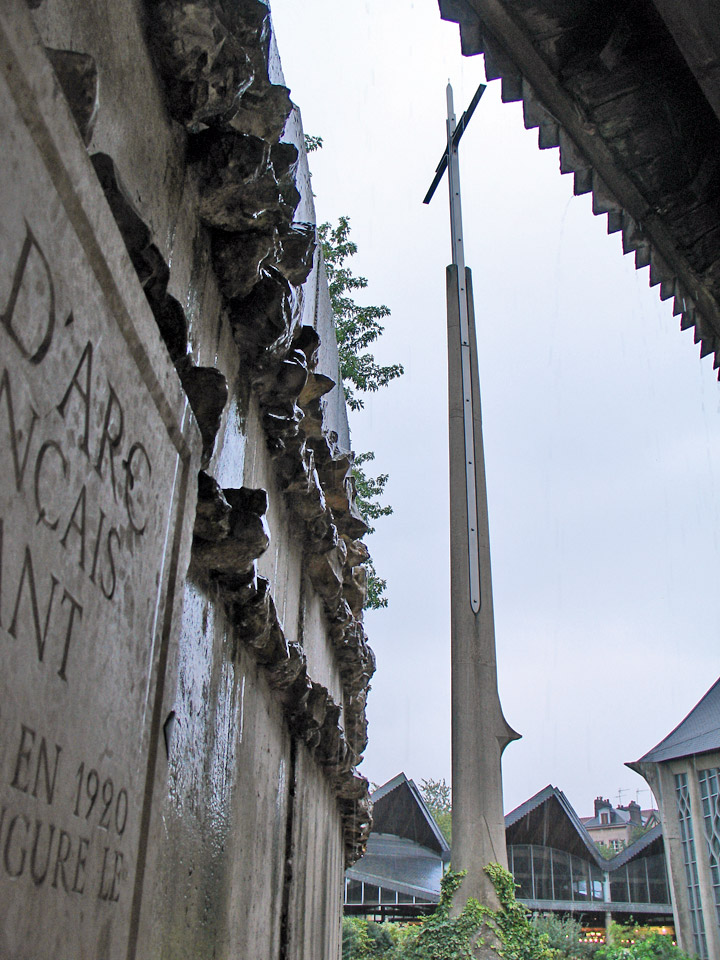 Joan was born of peasant parentage in Domrémy (now Domrémy-la-Pucelle). When she was 13 years old, she believed she heard celestial voices. As they continued, sometimes accompanied by visions, she became convinced that they belonged to St. Michael and to the early martyrs St. Catherine of Alexandria and St. Margaret. Early in 1429, during the Hundred Years' War, when the English were about to capture Orléans, the "voices" exhorted her to help the Dauphin, later Charles VII, king of France. Charles, because of both internal strife and the English claim to the throne of France, had not yet been crowned king. Joan succeeded in convincing him that she had a divine mission to save France. A board of theologians approved her claims, and she was given troops to command. Dressed in armor and carrying a white banner that represented God blessing the French royal emblem, the fleur-de-lis, she led the French to a decisive victory over the English. At the subsequent coronation of the Dauphin in the cathedral at Reims, she was given the place of honor beside the king. 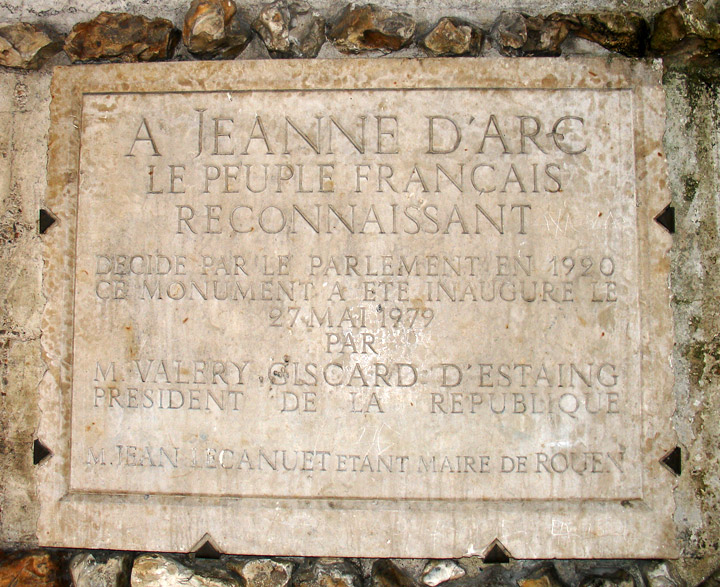 Although Joan had united the French behind Charles and had put an end to English dreams of hegemony over France, Charles opposed any further campaigns against the English. Therefore, it was without royal support that Joan conducted (1430) a military operation against the English at Compiègne, near Paris. She was captured by Bourguignon soldiers, who sold her to their English allies. The English then turned her over to an ecclesiastical court at Rouen to be tried for heresy and sorcery. After 14 months of interrogation, she was accused of wrongdoing in wearing masculine dress and of heresy for believing she was directly responsible to God rather than to the Roman Catholic church. The court condemned her to death, but she penitently confessed her errors, and the sentence was commuted to life imprisonment. Because she resumed masculine dress after returning to jail, she was condemned again-this time by a secular court-and, on May 30, 1431, Joan was burned at the stake in the Old Market Square at Rouen as a relapsed heretic. 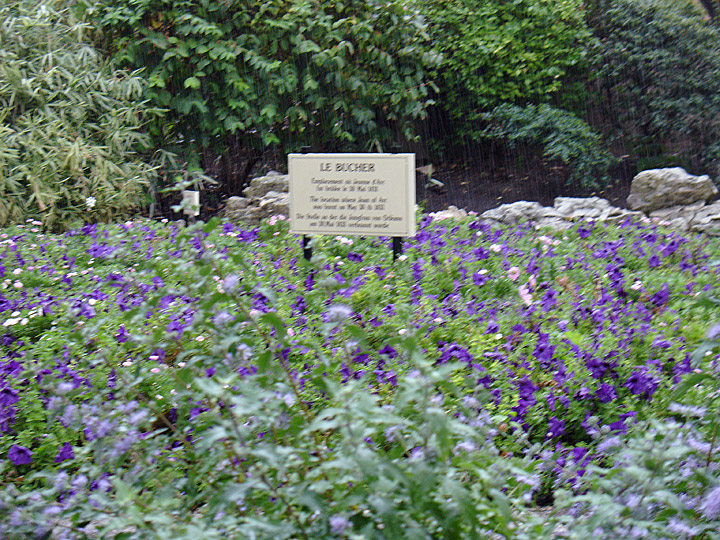 Twenty-five years after her death, the church retried her case, and she was pronounced innocent. In 1920 she was canonized by Pope Benedict XV; her traditional feast day is May 30. 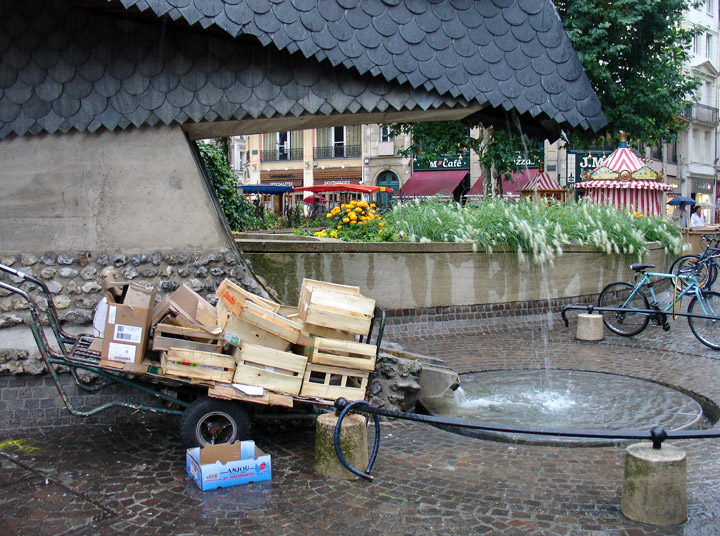 Joan of Arc has been widely depicted in literature and art. Notable examples include the statue by the French sculptor François Rude, in the Luxembourg Museum, Paris, and that by the American sculptor Anna Vaughn Hyatt (also known as Anna Huntington, 1876-1973), on Riverside Drive, New York City. A painting of Joan by the French painter Jules Bastien-Lepageis in the Metropolitan Museum of Art, New York City. She has been the subject of such plays as Die Jungfrau von Orleans (1801) by the German dramatist Friedrich von Schiller; Saint Joan (1923) by the British playwright George Bernard Shaw; and Joan of Lorraine (1946) by the American playwright Maxwell Anderson. The Swiss composer Arthur Honegger wrote of her in his oratorio Joan of Arc at the Stake, which was first performed in 1938. The American writer Mark Twain wrote the biography The Personal Recollections of Joan of Arc (1896); she was the major figure in a notable chapter of the History of England (1754-1762) by the Scottish philosopher David Hume; and the French philosopher Voltaire commemorated her in his narrative poem La pucelle d'Orléans (The Maid of Orléans, 1756). 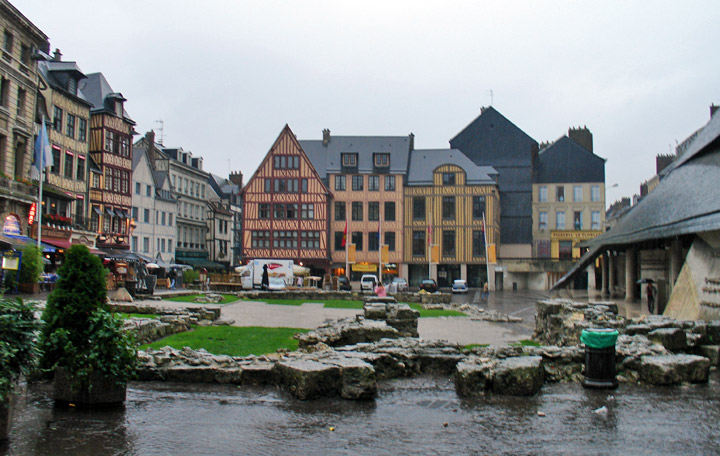 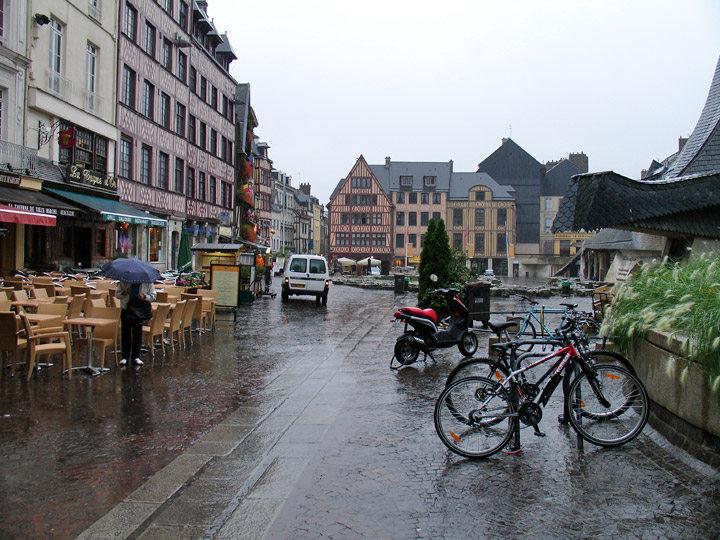 beside the Joan of Arc church 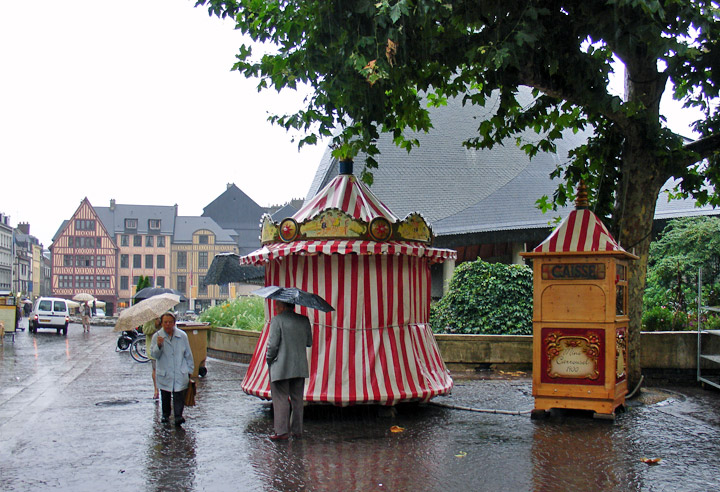 carrousel closed on a rainy day 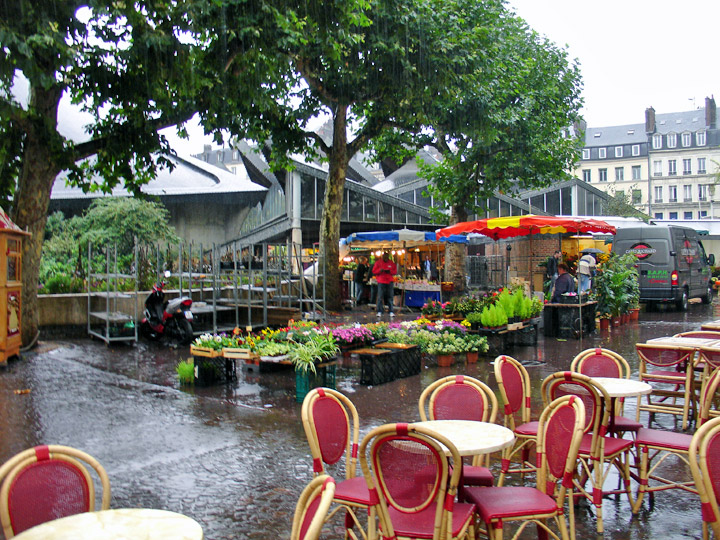 but the flower market is flourishing