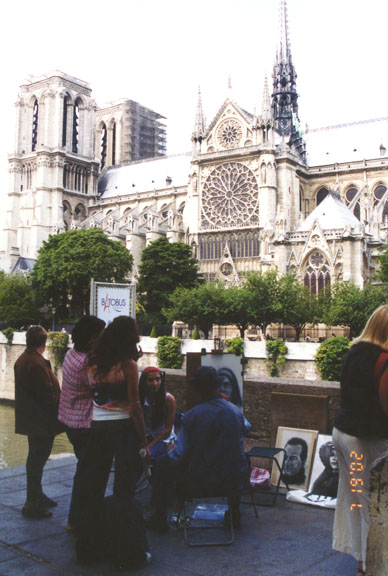 Paris’s monumental architecture, dating from throughout its long history, reflects the city’s political and cultural status. Among the most important older constructions are the Cathedral of Notre Dame, on the Île de la Cité, which was begun in 1163; the nearby Sainte-Chapelle, a magnificent 13th-century Gothic structure; the Louvre, once a royal palace; the Invalides, built as a soldiers’ home by Louis XIV and now housing Napoleon’s tomb; and the Place de la Concorde, laid out in the 18th century. 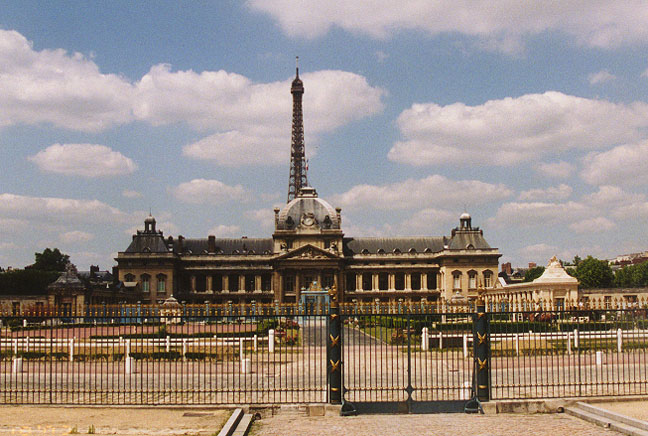 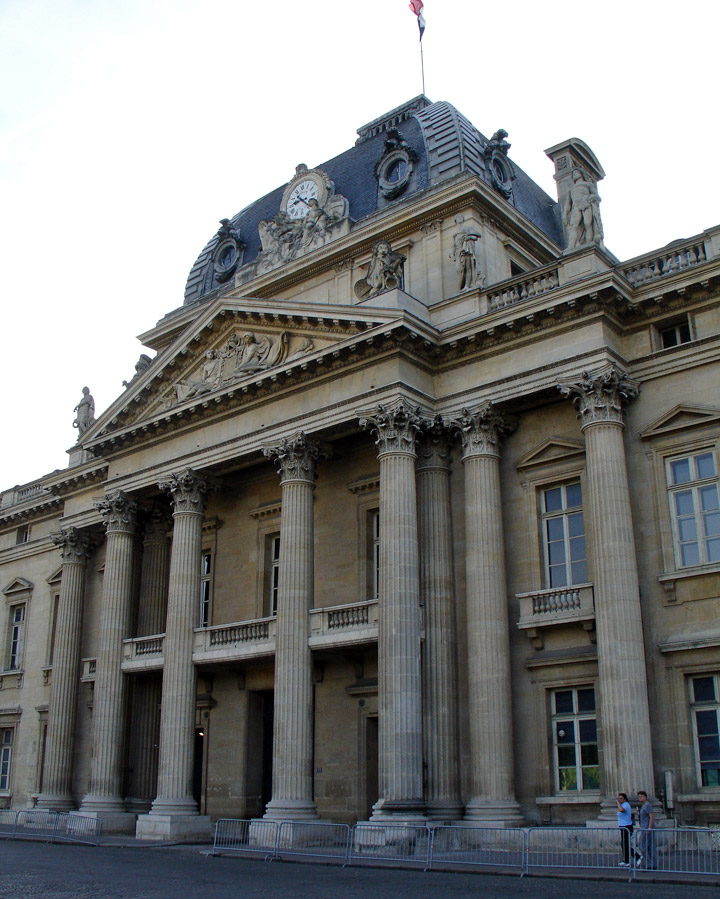 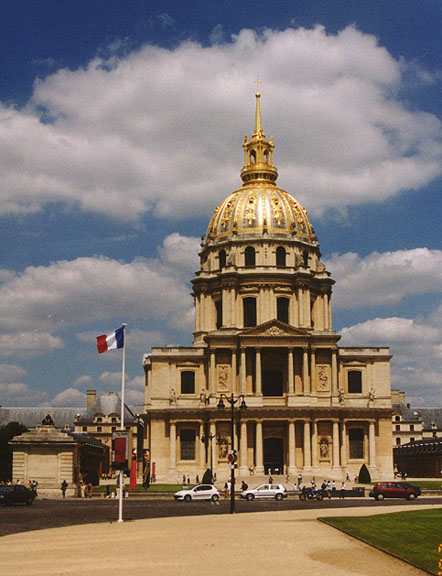 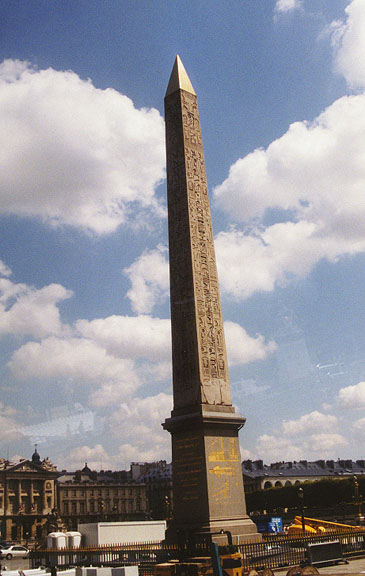 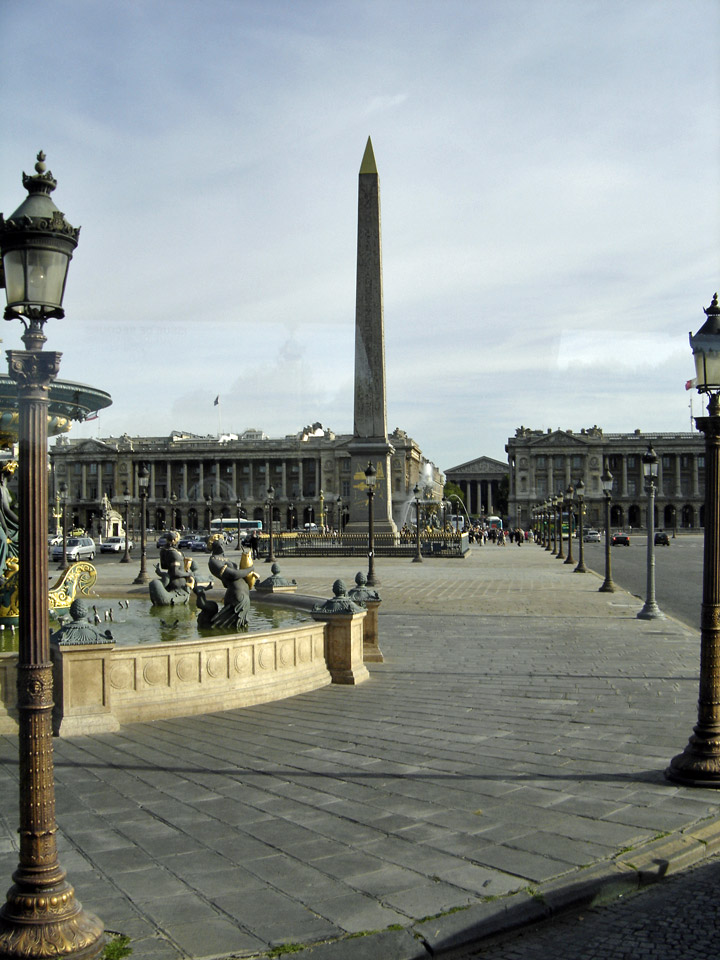 During the mid-19th century Paris was redesigned under the direction of Baron Georges Haussmann, and several grandiose projects were undertaken to emphasize the city’s significance. The Arc de Triomphe, the Opéra, the Place de l’Opéra, the Place de l’Étoile (now Place Charles de Gaulle), and many of the broad avenues with their imposing perspectives date from this time. 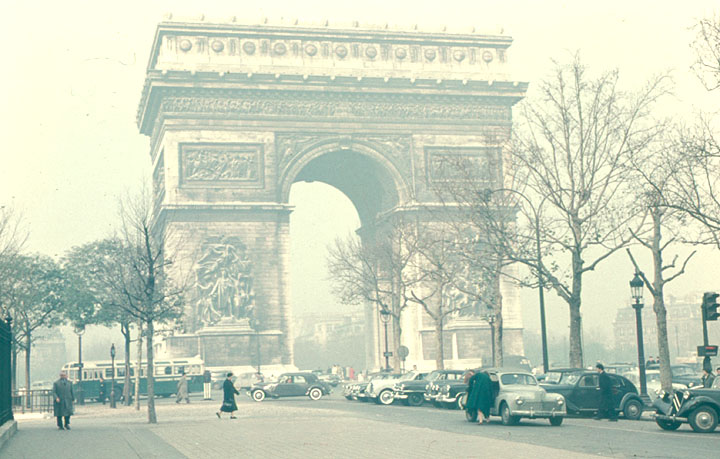 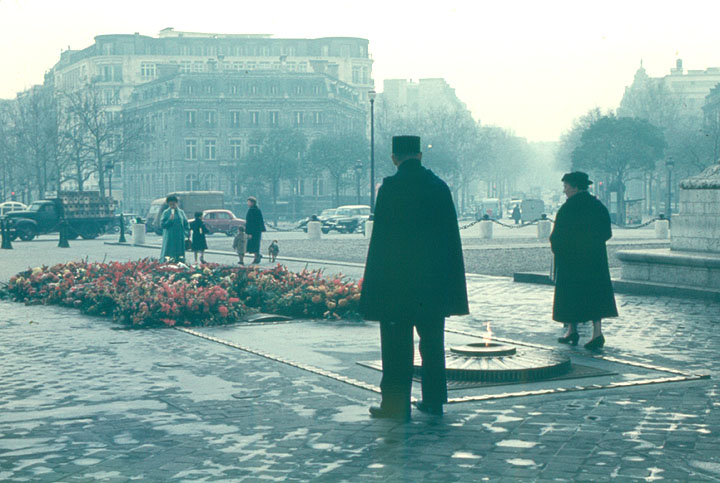 the Eternal flame in the Arc 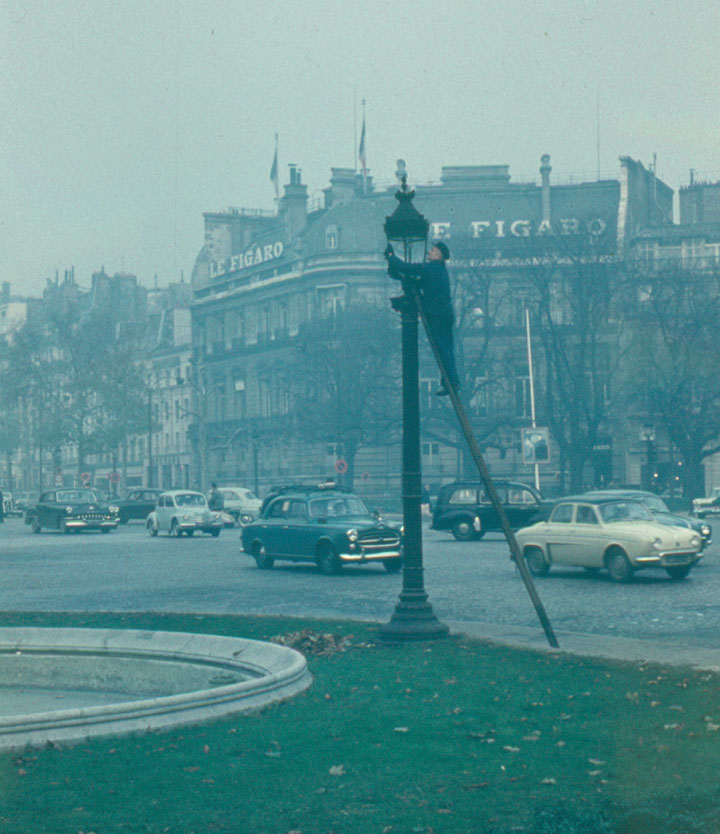 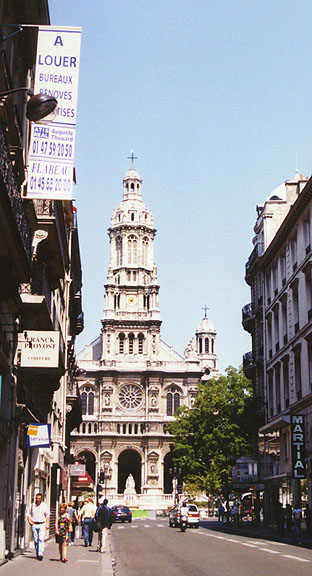 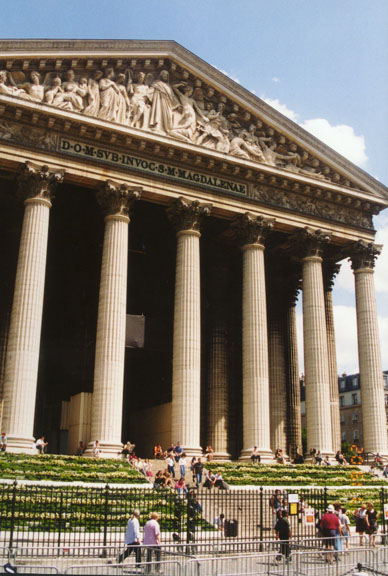 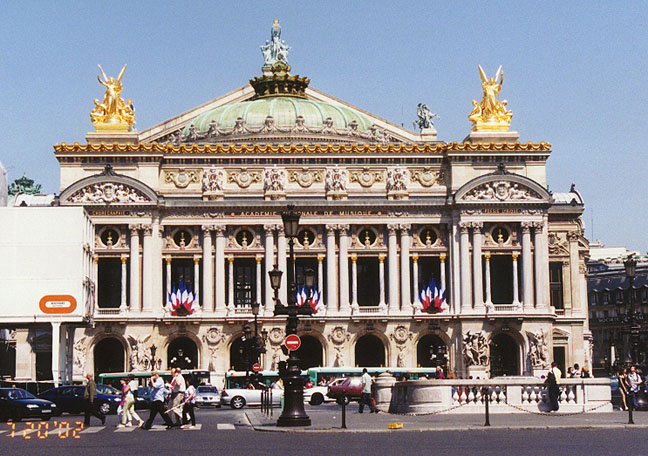 More Photos of the Opera

Toward the end of the century, the Eiffel Tower was built for the Paris World’s Fair of 1889; it is now the city’s most famous symbol. 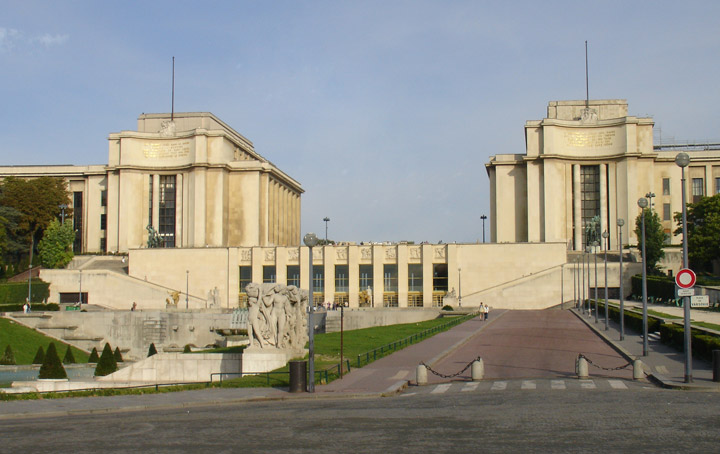 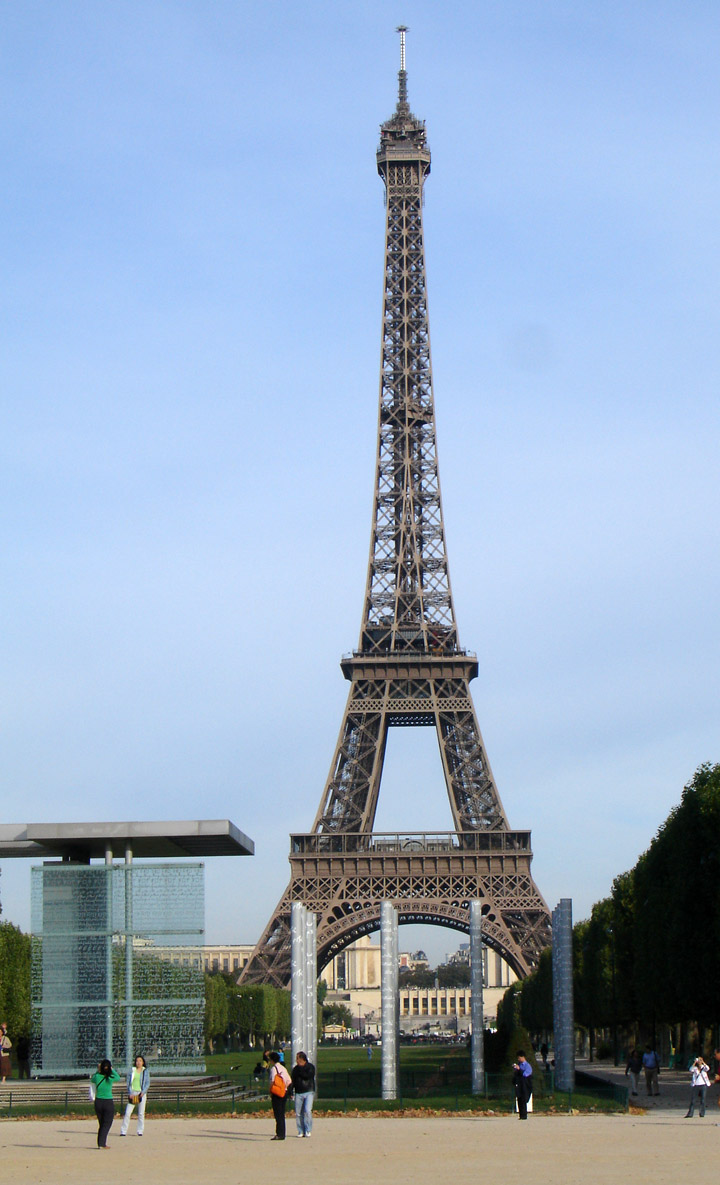 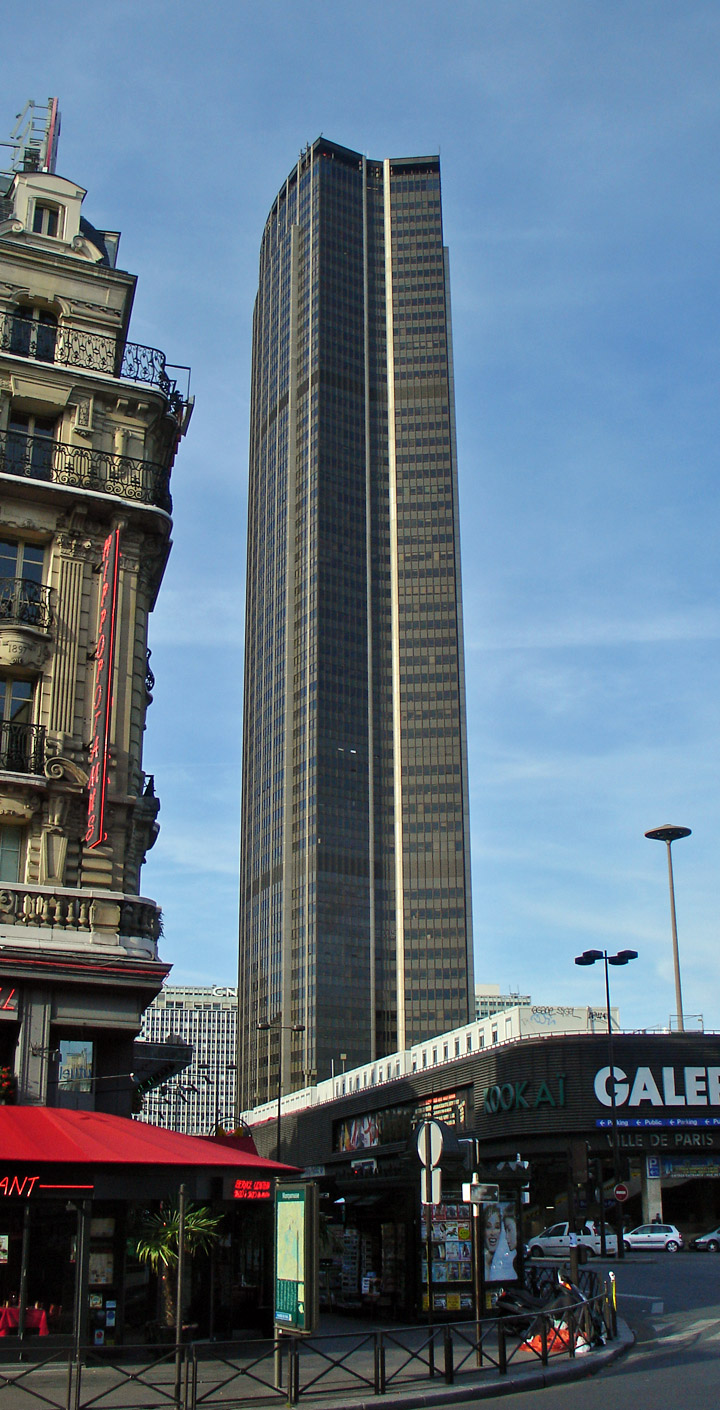 the newer skyscraper in Paris 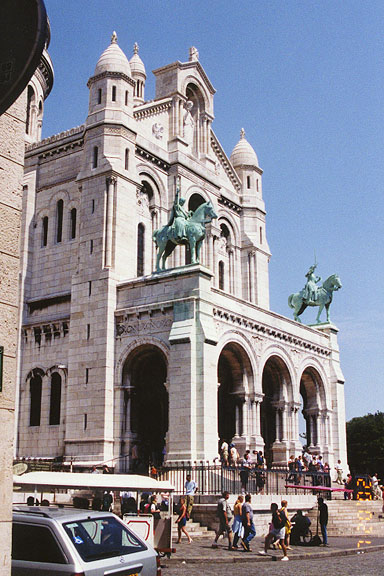 The Basilica of Sacré Coeur, on the summit of Montmartre, was completed in 1910. Other important buildings include the Palais de Chaillot, Palais Royal, Palais de l’Élysée (now the official residence of the president of France), Palais Bourbon (the meeting place of the Chamber of Deputies), the Palais de Justice, and the Pantheon. 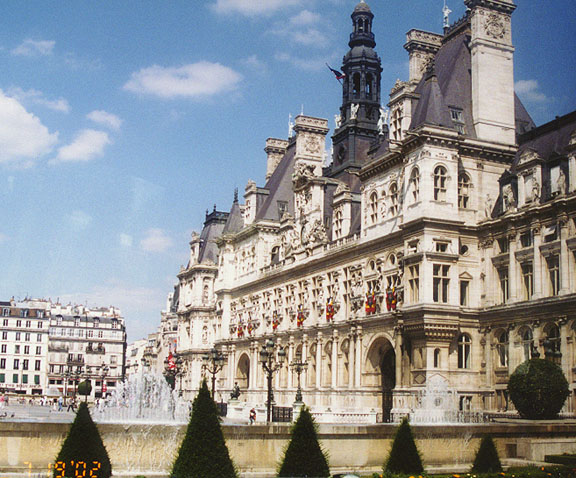 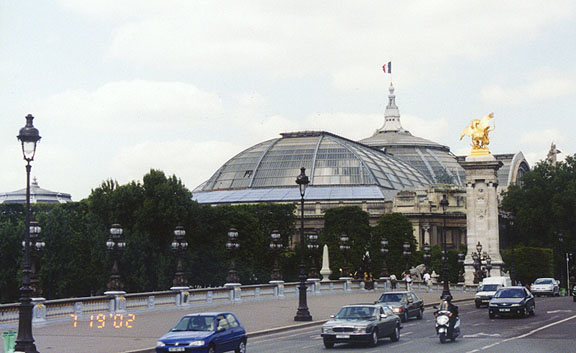 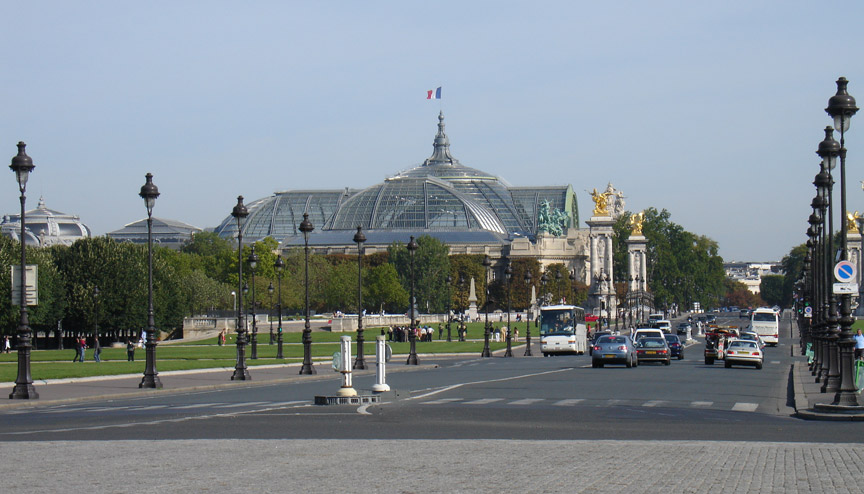 All of the classic monuments of Paris, and indeed the entire city, have a surprisingly clean and fresh look, thanks to the rediscovery and enforcement, in the 1960s, of an old ordinance requiring all buildings to be cleaned periodically. 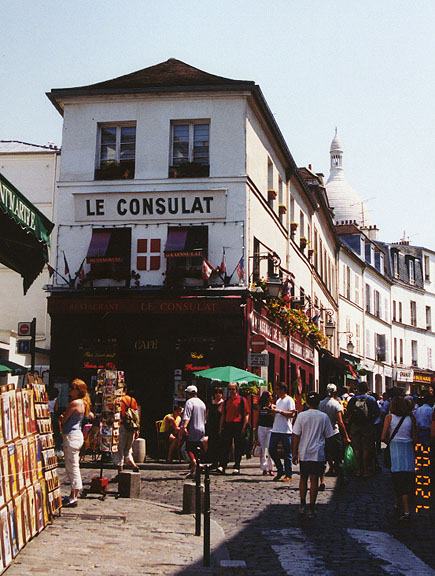 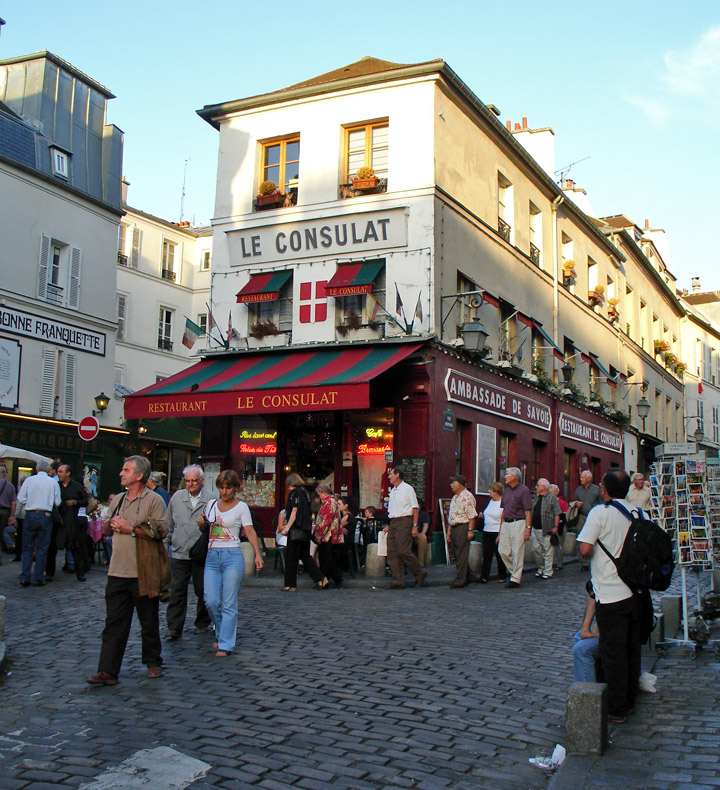 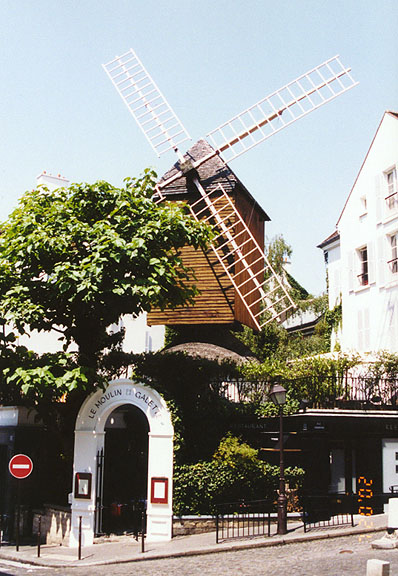 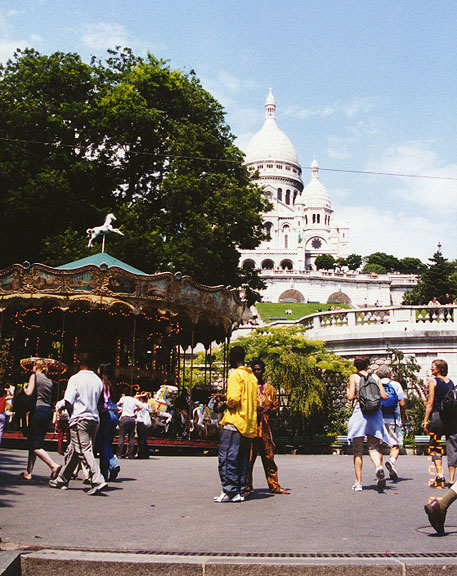 carousel in front of stairs leading to Montmartre and Sacré Coeur 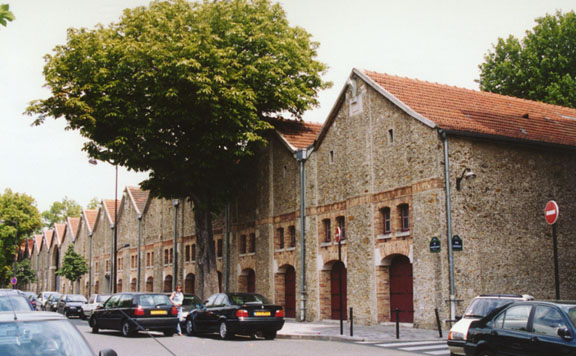 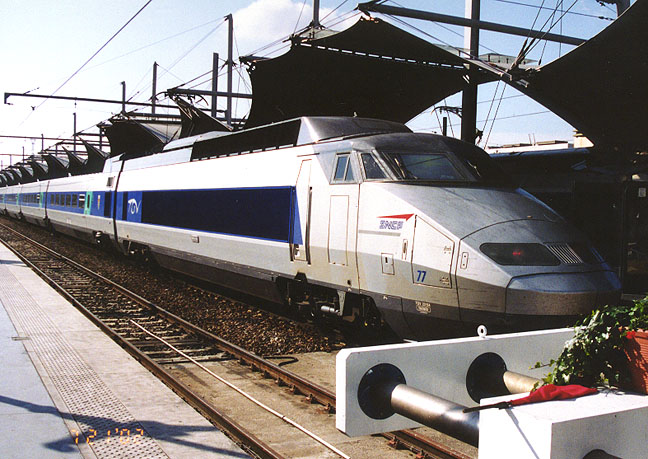 the pride of France, the TGV

the Concorde, part of its past pride

a great leader, honored in Paris