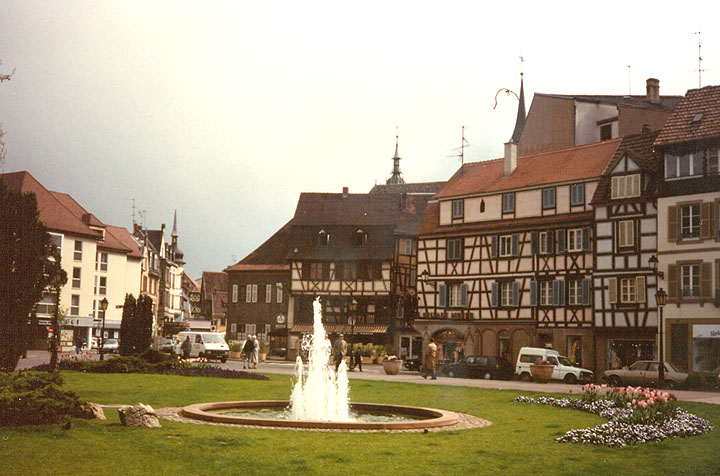 (German Kolmar), city in northeastern France, capital of Haut-Rhin Department, on a plain near the Vosges Mountains, on the Lauch River, in Alsace. It is a port (linked by canal with the nearby Rhine River) and a manufacturing center; products include textiles, machinery, and processed food.

Points of interest are the Church of Saint Martin (13th-15th century), containing the 15th-century painting Madonna of the Rose Arbor, by Martin Schongauer (who lived in the city); the Unterlinden Museum, the holdings of which include the 16th-century Isenheim altarpiece, by the painter Matthias Grünewald; and the home (now a museum) of the sculptor Frédéric-Auguste Bartholdi, who produced Liberty Enlightening the World (the Statue of Liberty) in New York City. 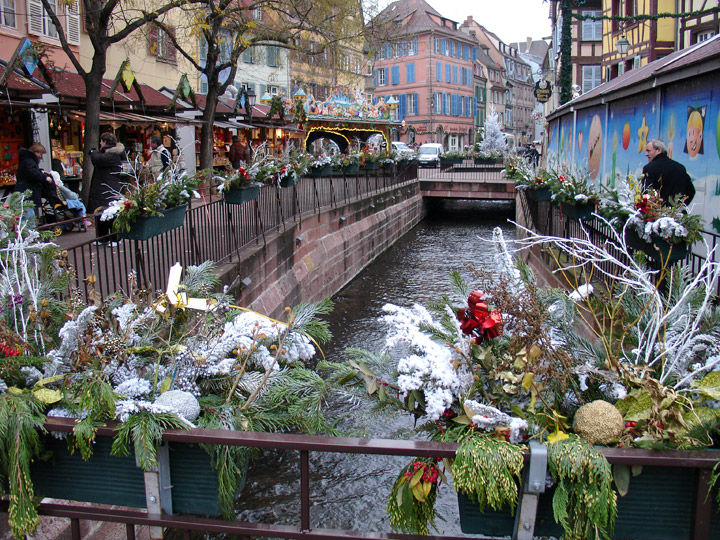 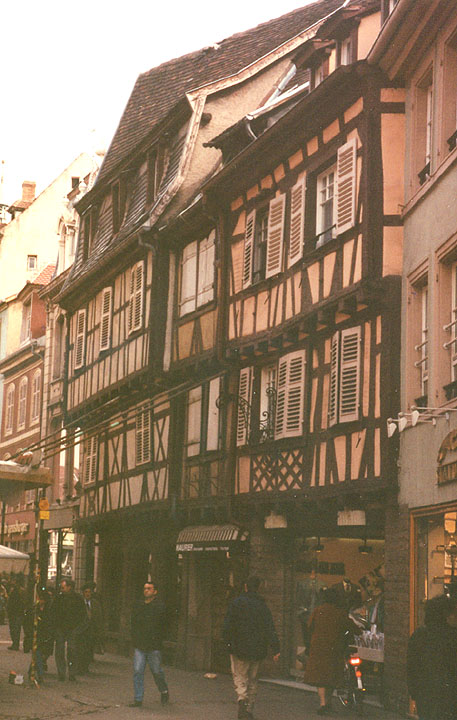 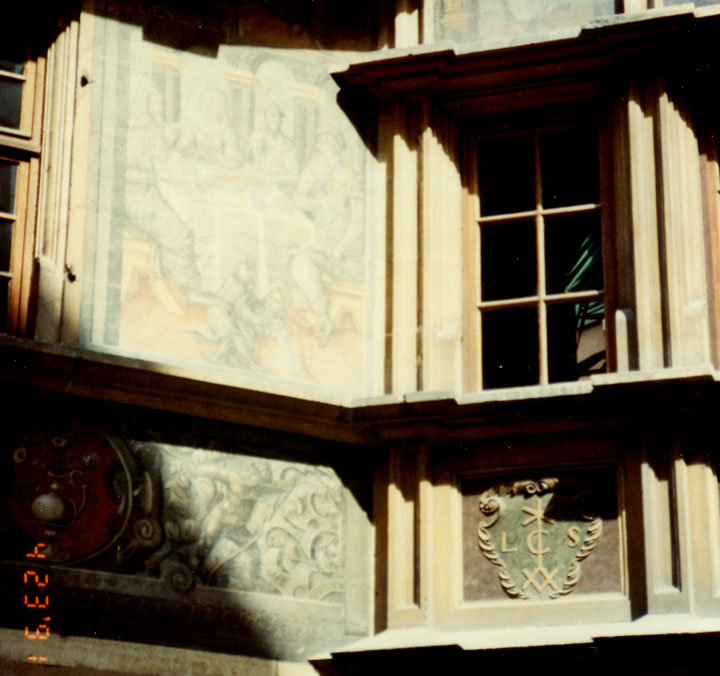 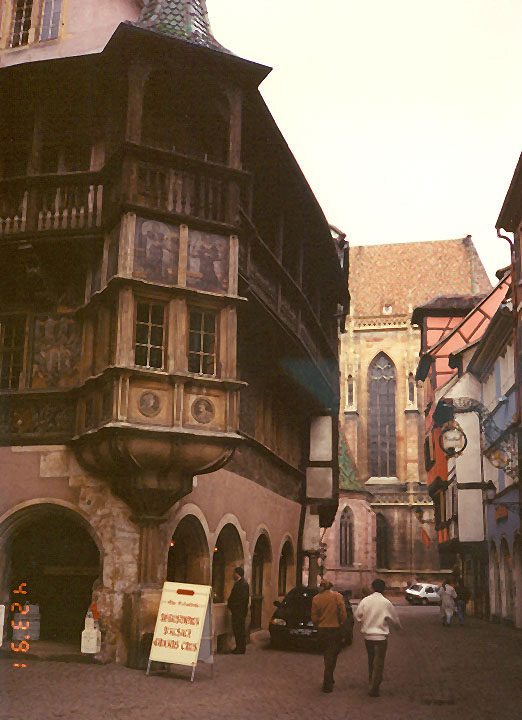 (1834-1904), French sculptor, best known for the creation of the Statue of Liberty, located on Liberty Island in the harbor of New York City.

Bartholdi was born in Colmar in Alsace, France. He received training there and in Paris as an architect. He also studied painting in Paris, and in 1855 he traveled to the Middle East to continue his studies. However, Bartholdi was soon devoting his energy to sculpture. His main interest was monumental sculpture, particularly large-scale pieces glorifying heroic ideas, personalities, and events. His architectural training served him well in sculpting, enabling him to handle successfully some extremely difficult problems of structure and materials.

the museum
(formerly his residence)

Bartholdi’s best-known work, The Statue of Liberty, formally known as Liberty Enlightening the World, was executed by Bartholdi and was produced almost entirely with funds donated by the French. Intended as a monument commemorating the alliance between France and the United States during the American Revolution (1775-1783), the massive statue was hammered on a wooden mold out of 300 separate giant sheets of copper. The United States built the pedestal with funds raised by newspaper publisher Joseph Pulitzer. The statue was first exhibited in Paris, and then it was dismantled, shipped to New York, and reassembled at its present location. Formally dedicated by U.S. president Grover Cleveland on October 28, 1886, the statue soon became a symbol of freedom and opportunity.

Another Bartholdi monument, possibly his greatest tour de force, is the Lion of Belfort, completed in 1880. Located in Belfort, France, the statue is carved out of the red sandstone of a hill towering over the city. The huge statue honors the defense of Belfort in 1870 during the Franco-Prussian War (1870-1871). Other Bartholdi sculptures include a double statue of the French military leader Marquis de Lafayette with former United States president George Washington (1873), located in the Place des États-Unis in Paris, and Lafayette Arriving in America (1875) at Union Square in New York City. 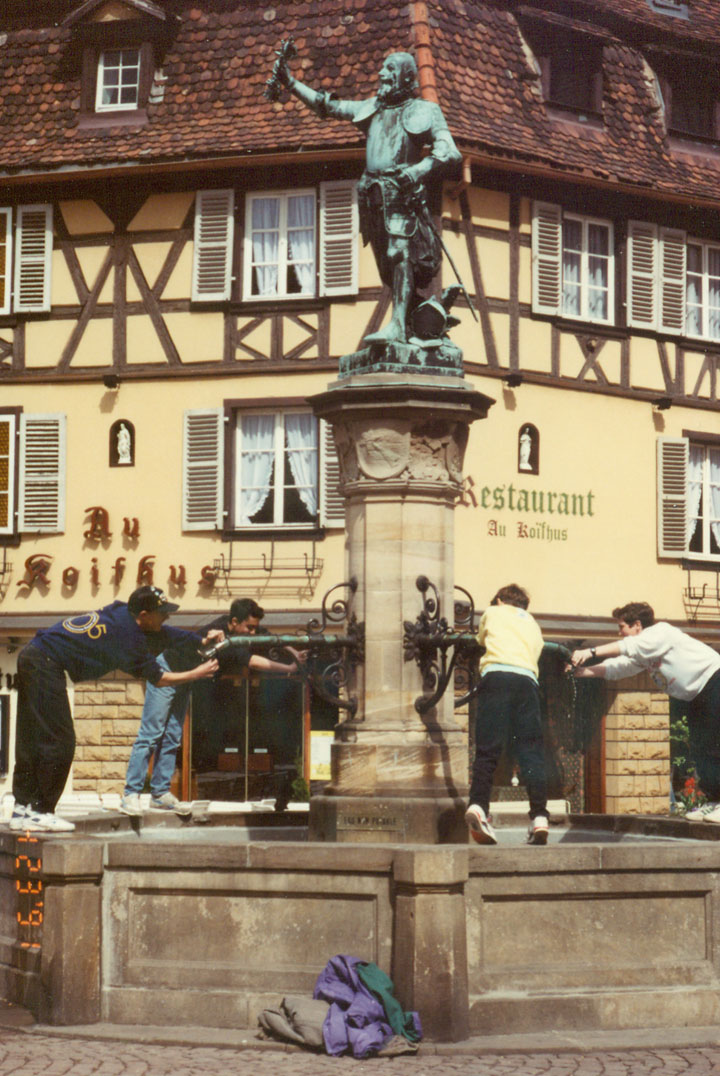 boys trying to hold back the water in the fountain 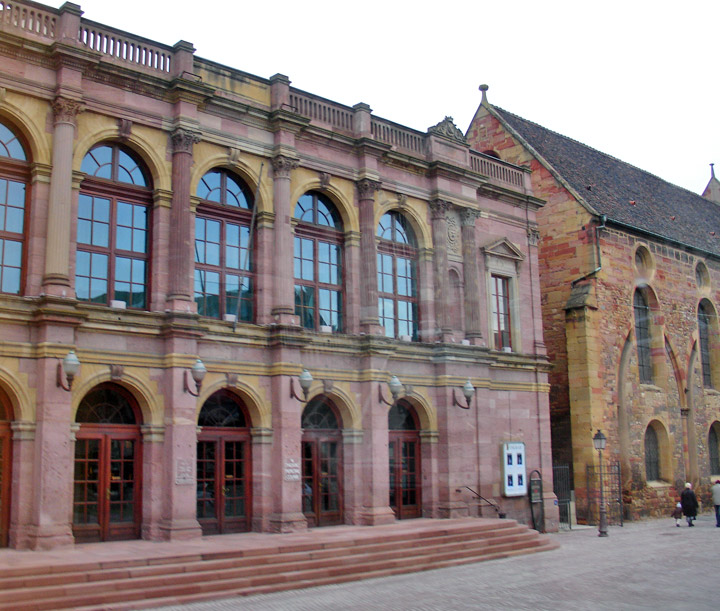