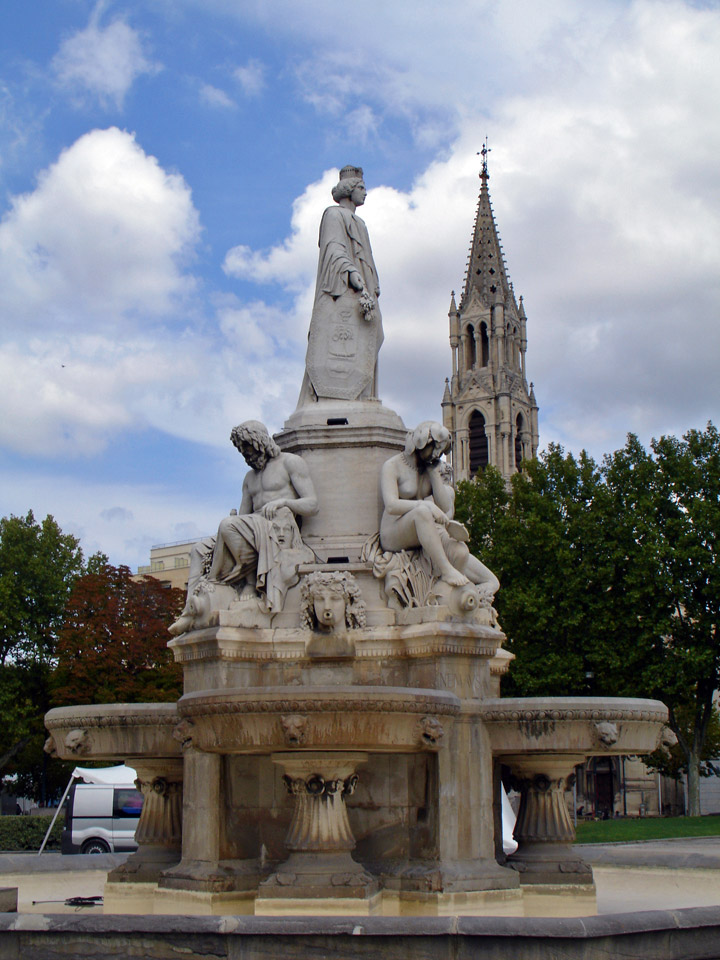 Nîmes, city in southern France, capital of Gard Department, on a plain in the Cévennes Region. It is a farm-trade and manufacturing center; products include textiles, clothing, processed food, brandy, footwear, machinery, and chemicals. The city is known for its many well-preserved Roman structures. These include a large arena (1st century AD), which is still in use; the Maison-Carrée (1st century AD), built in a Greek style as a temple and now housing a museum of Roman sculpture; and a temple of Diana (2nd century AD ). Near the city are the Tour Magne, a tower probably built in the 1st century BC, and the Pont du Gard (late 1st century BC or early 1st century AD ), a famous aqueduct. Also of note are the Cathedral of Saint Castor (begun 11th century) and museums of archaeology, fine art, and local history. 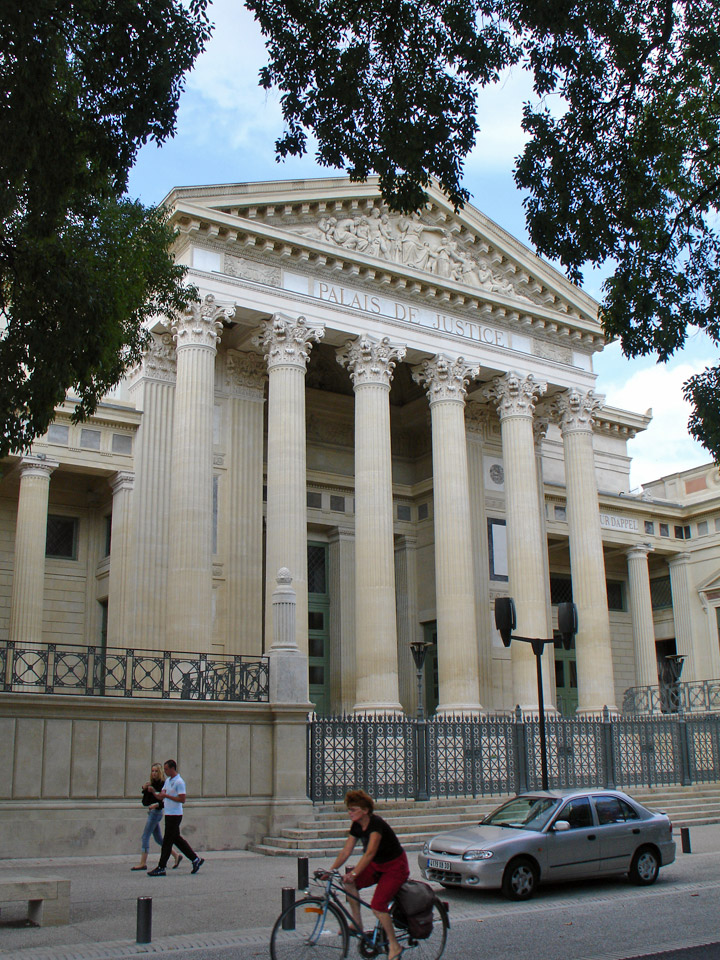 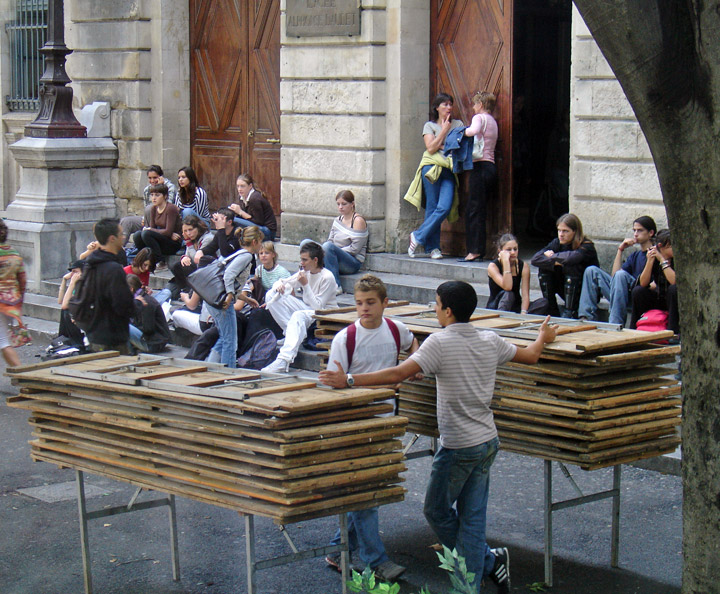 school youths on a break

Once a Gallic settlement, Nîmes was annexed by the Romans in 121 BC and, as Nemausus, became a prosperous cultural and commercial center. Damaged by the Visigoths (see Goths) in the 5th century AD, the city passed to the counts of Toulouse in the 10th century and to the French crown in the 13th century. Nîmes was a stronghold of Protestantism during the Reformation. After a period of decline, it grew as an economic center in the 19th century. Population (1999) 133,424. 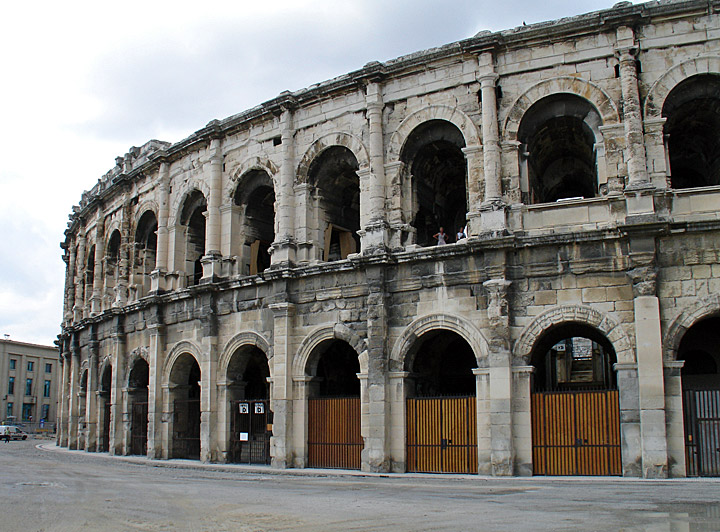 More Photos from the Arena in Nimes 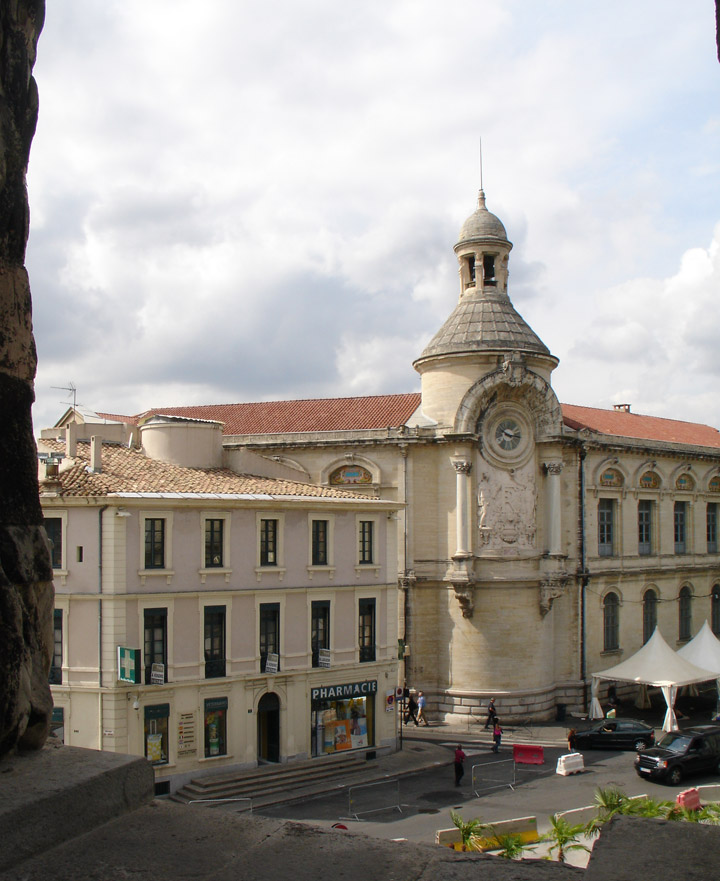 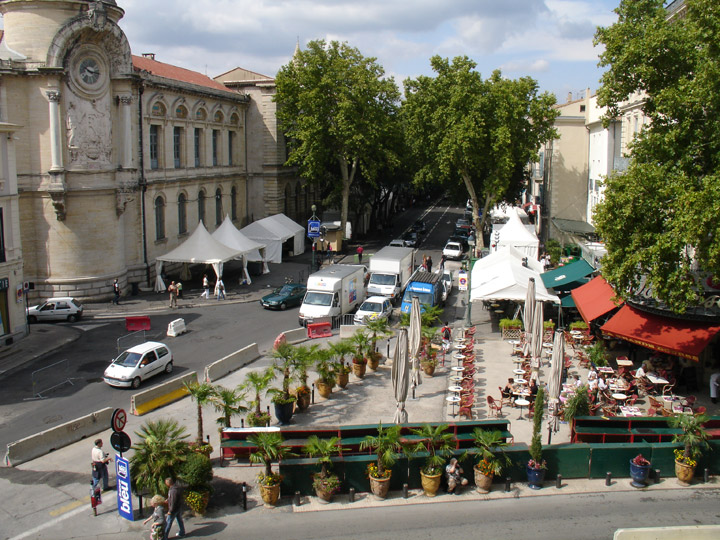 views from the Arena 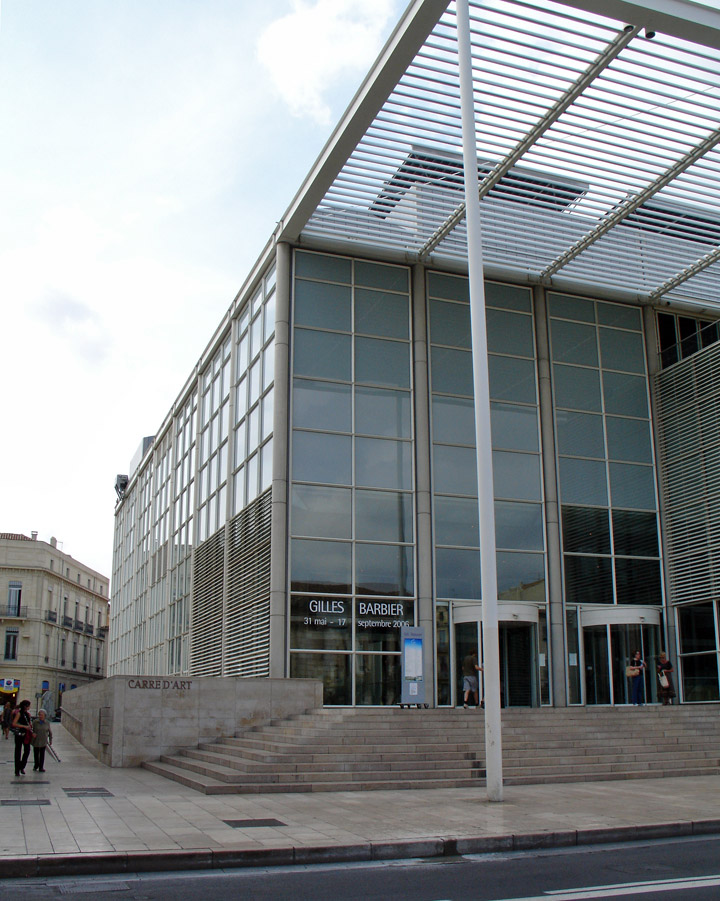 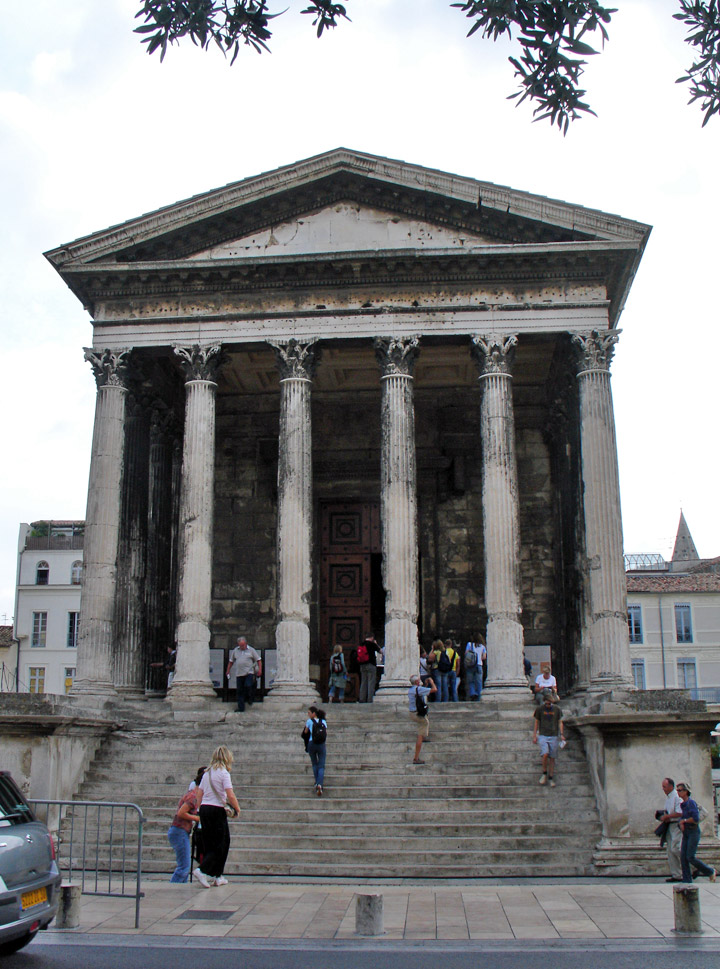 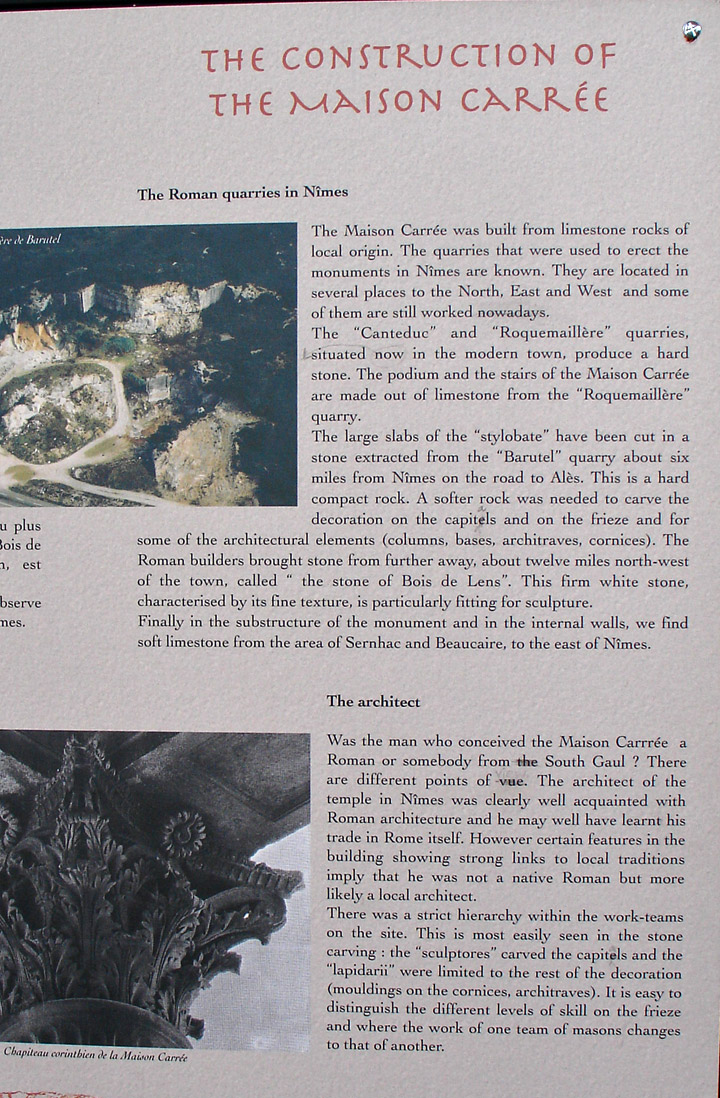 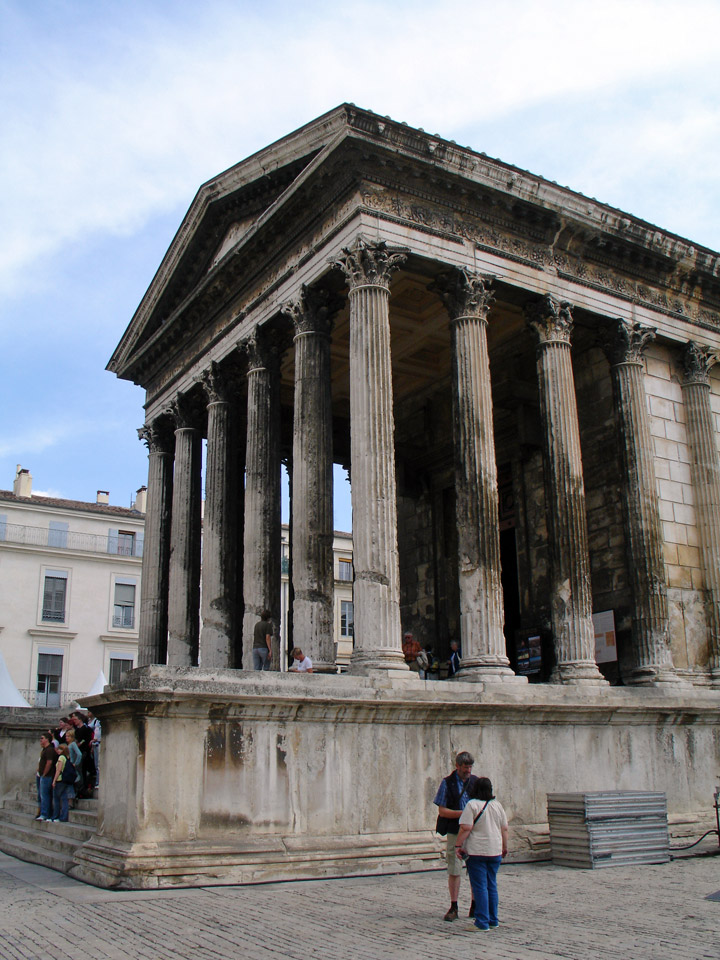 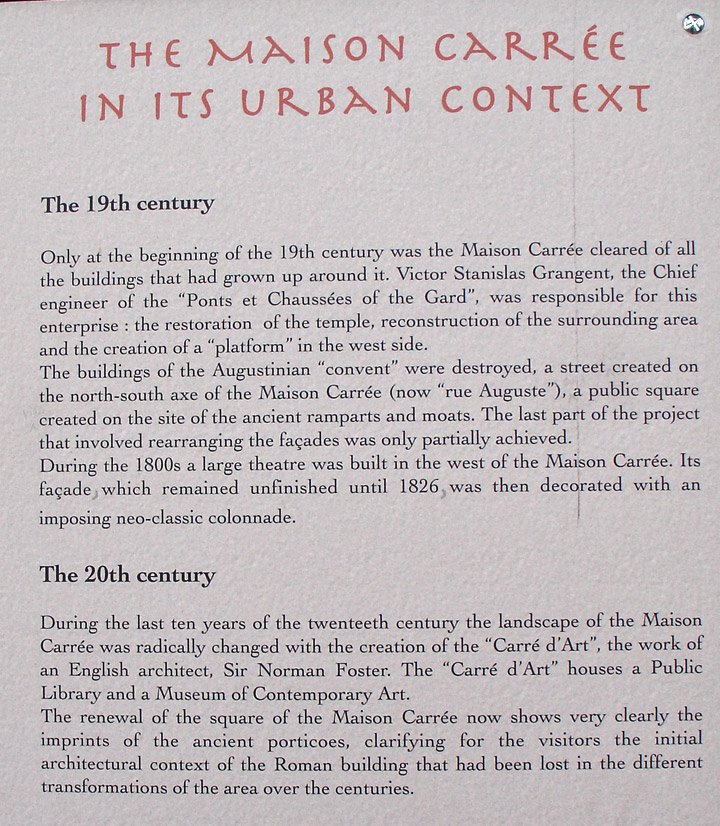 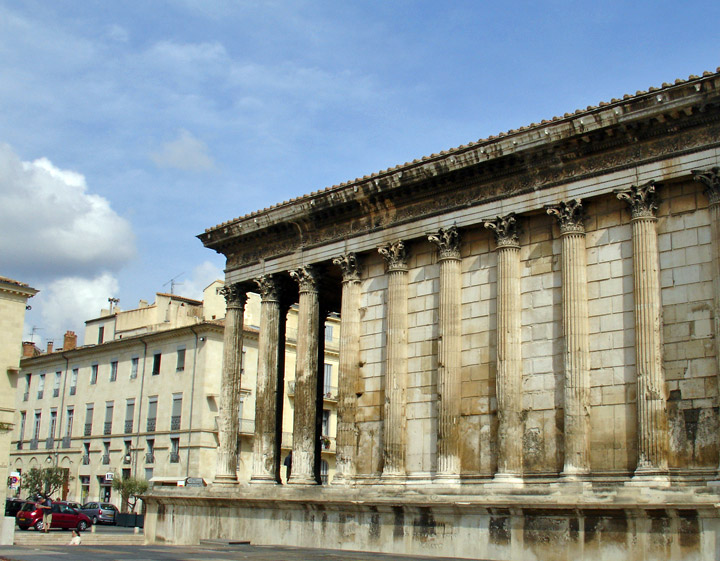 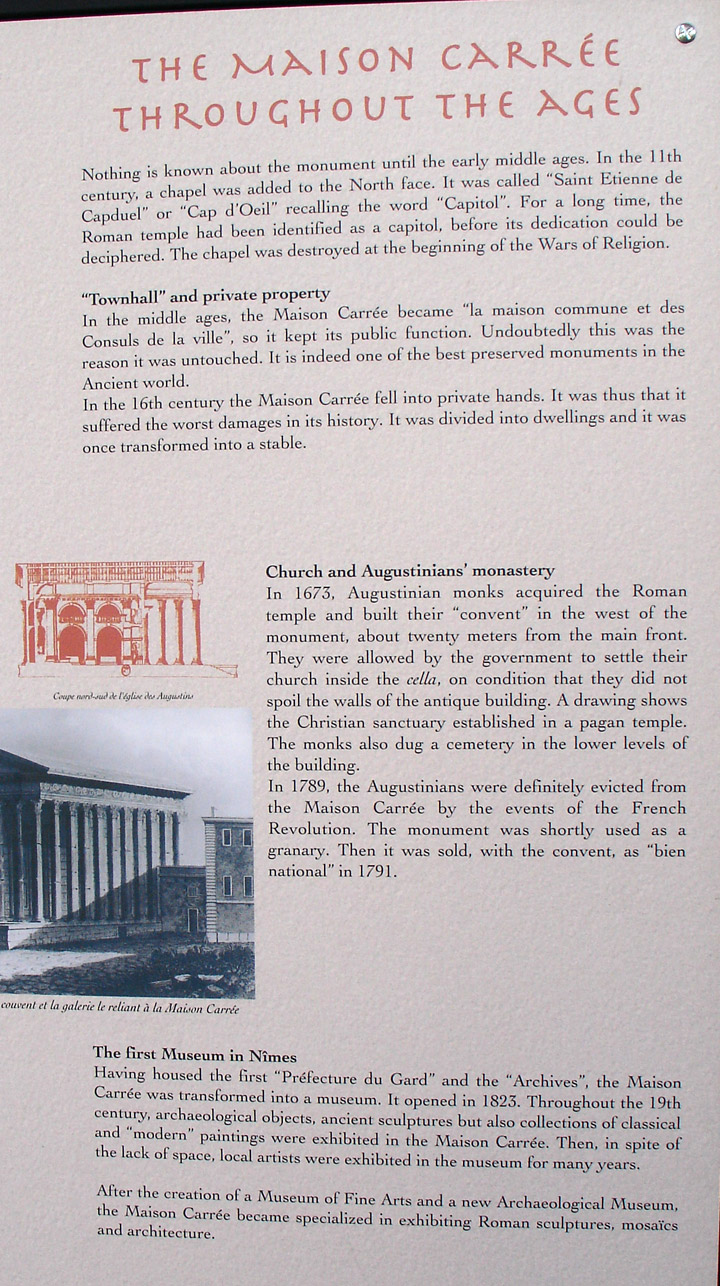 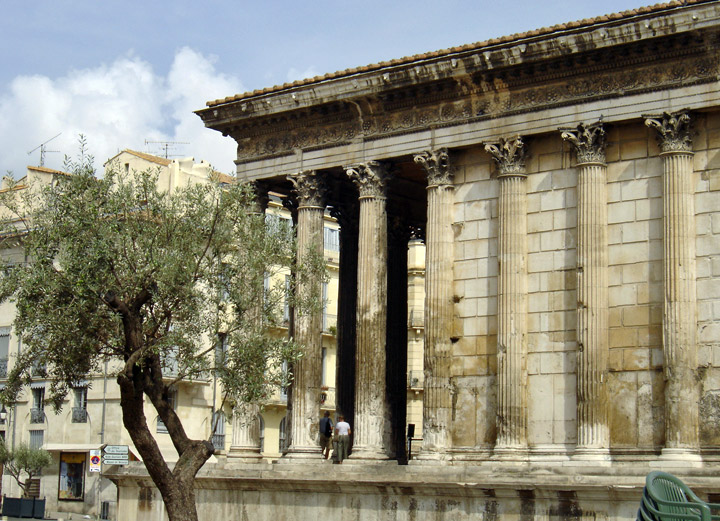 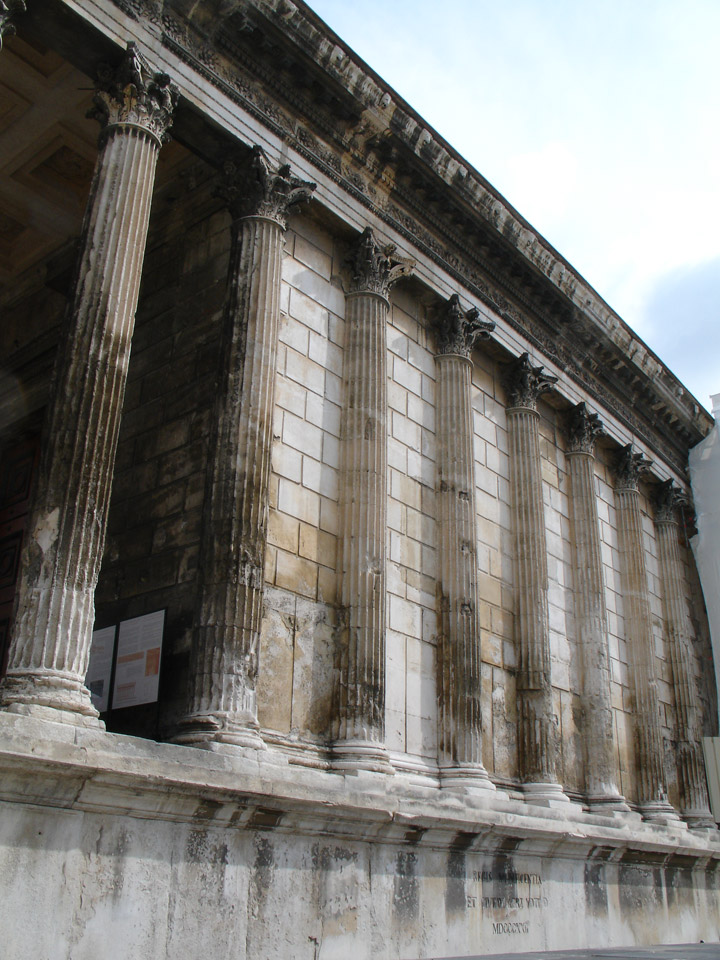 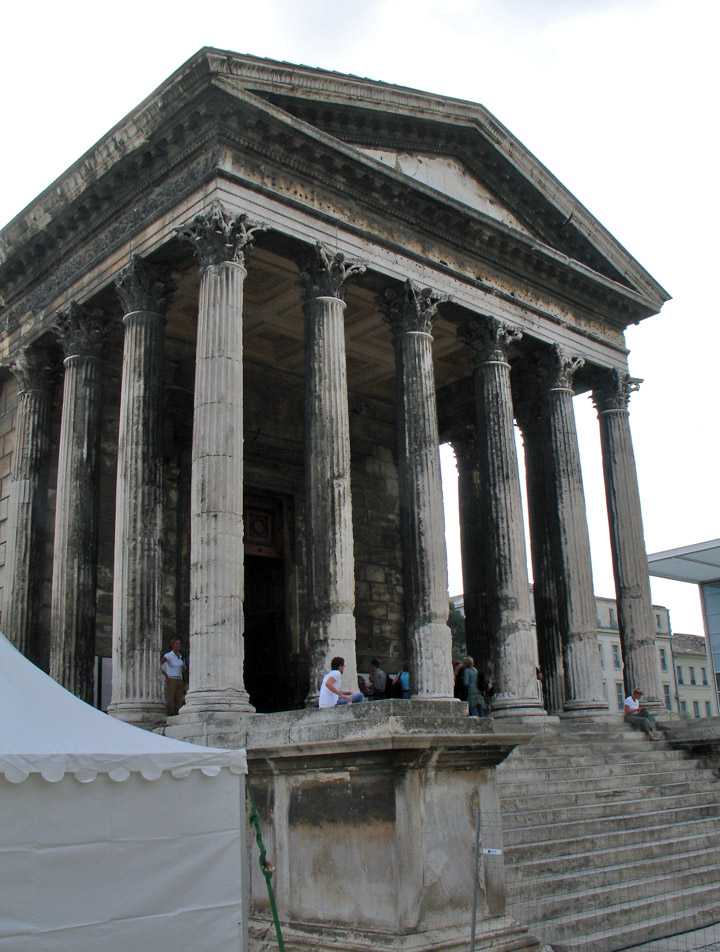 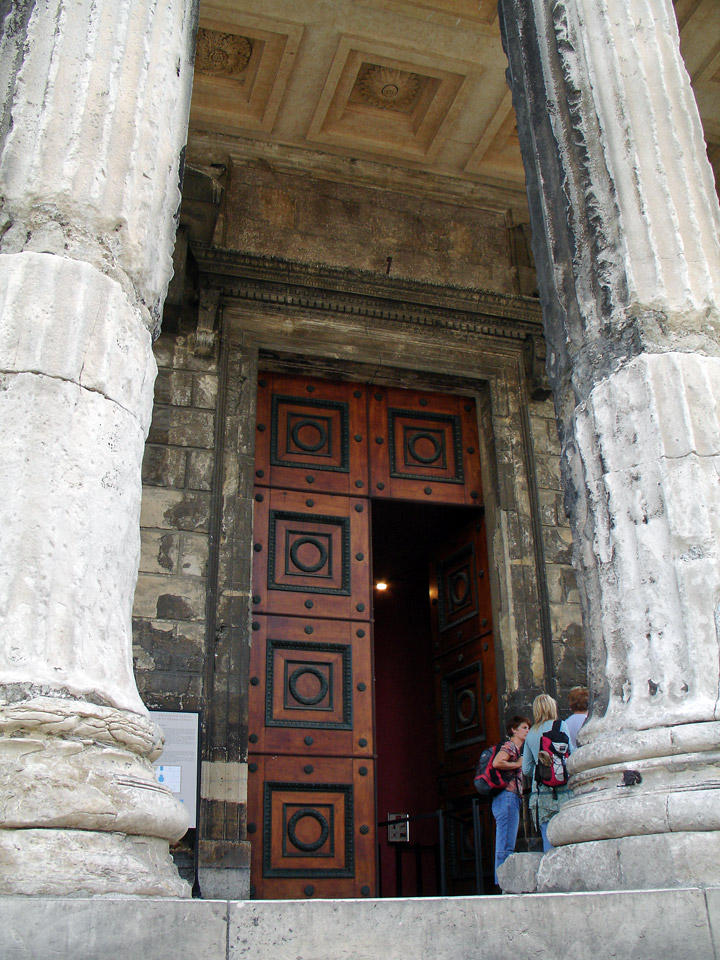 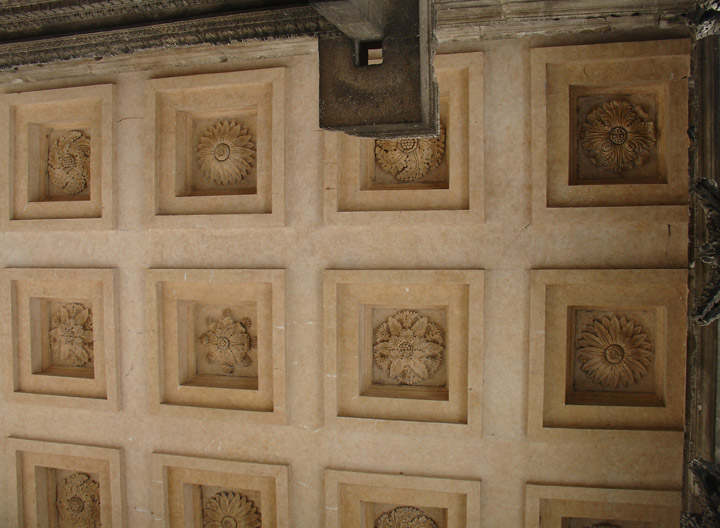 ceiling over the entrance

Link to useful information on Nimes