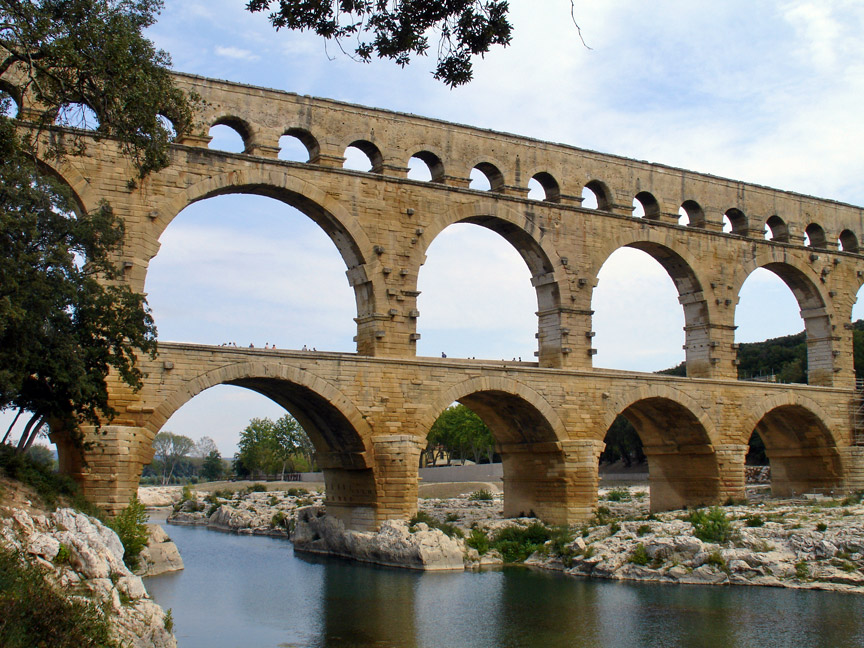 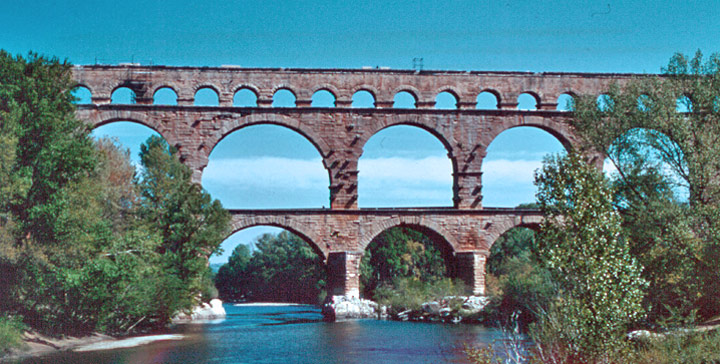 Pont du Gard, Roman aqueduct close to the city of Nîmes, in southern France. Standing just under 49 m (160 ft) above the Gard River, it is the highest of all Roman aqueducts and one of the greatest and best-preserved pieces of Roman architecture in France. The Pont du Gard (French: Bridge of the Gard) was built in the late 1st century BC or the early 1st century AD in order to channel water from a spring 50 km (31 mi) from Nîmes. 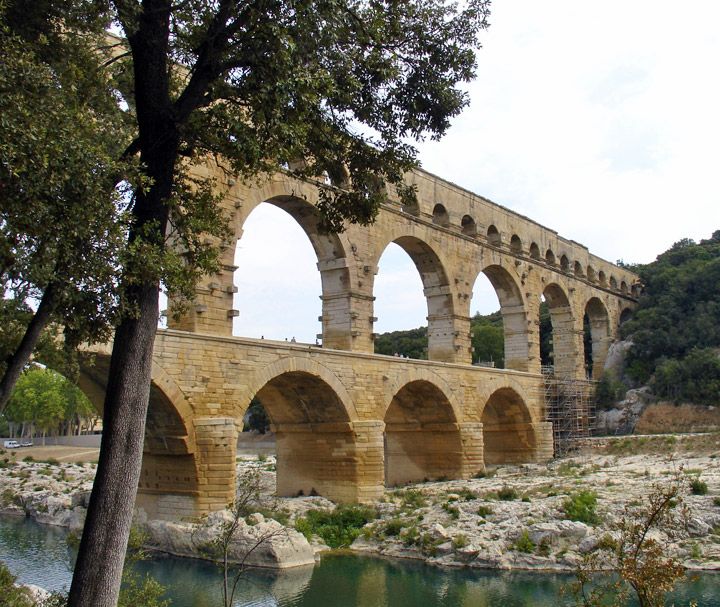 It was constructed of masonry, without the use of mortar, and consists of three tiers of arches. The lowest level (which was broadened in 1747 to accommodate a road bridge) has six wide arches. 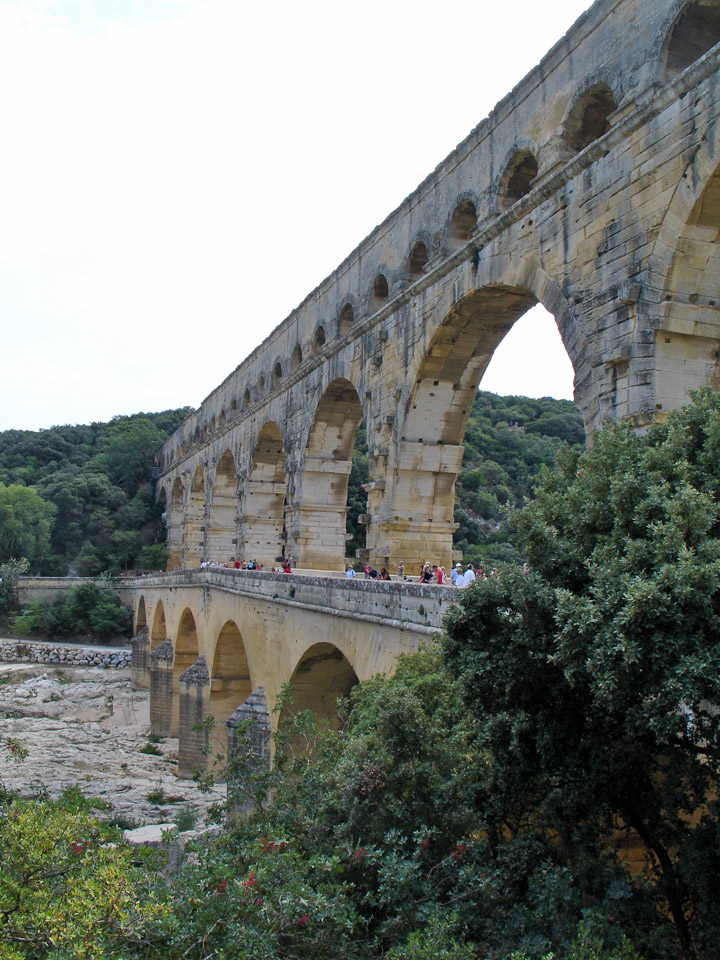 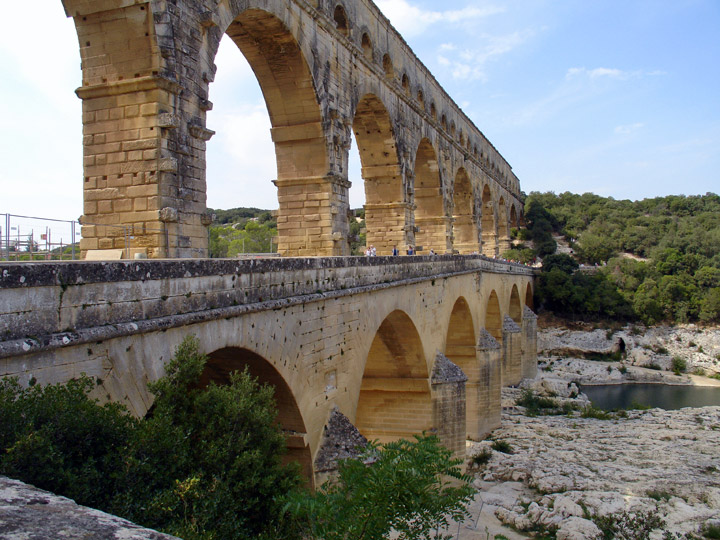 Above this level are 11 arches of similar dimensions, and on the topmost tier, 35 smaller arches that support the covered water channel of the aqueduct itself. The Pont du Gard is part of an impressive system of channels and tunnels constructed on the site by Roman engineers on a gradient of 0.07 centimeters per meter (less than t of an inch per foot). The bridge's having survived intact over a period of some 2000 years attests to the superior engineering and design skills of the ancient Romans. 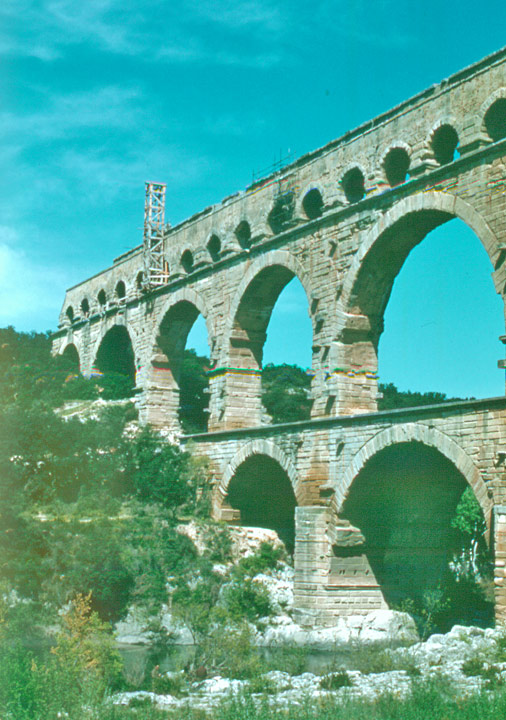 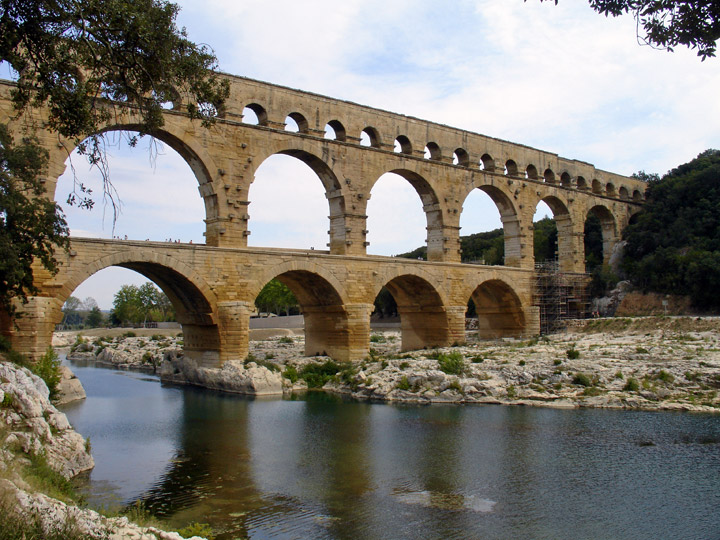 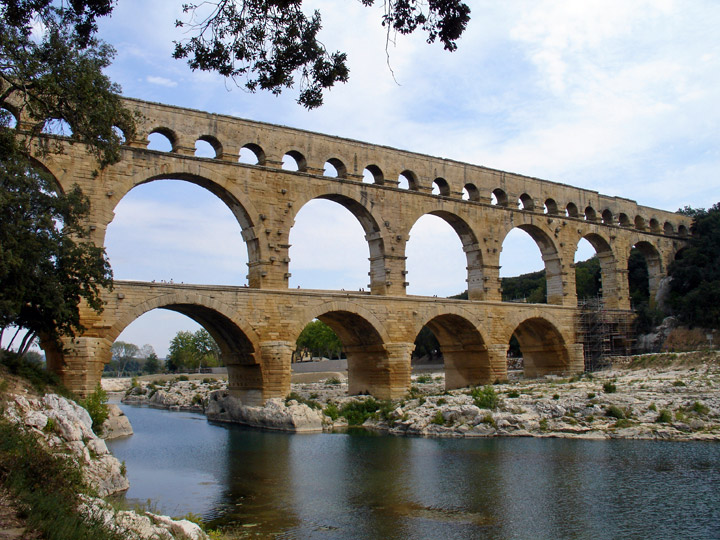 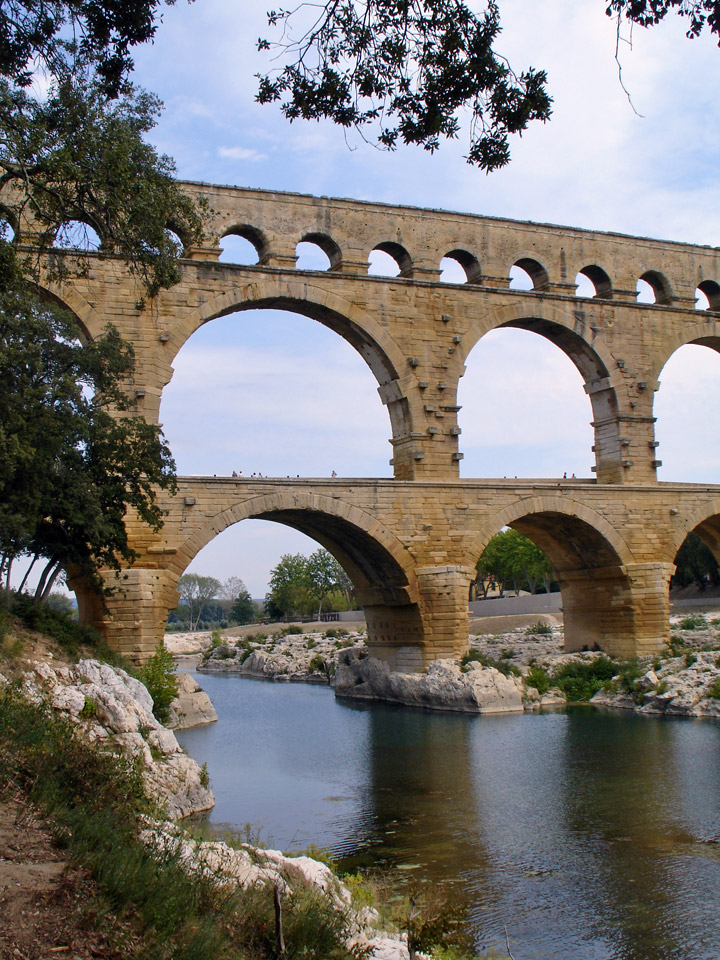 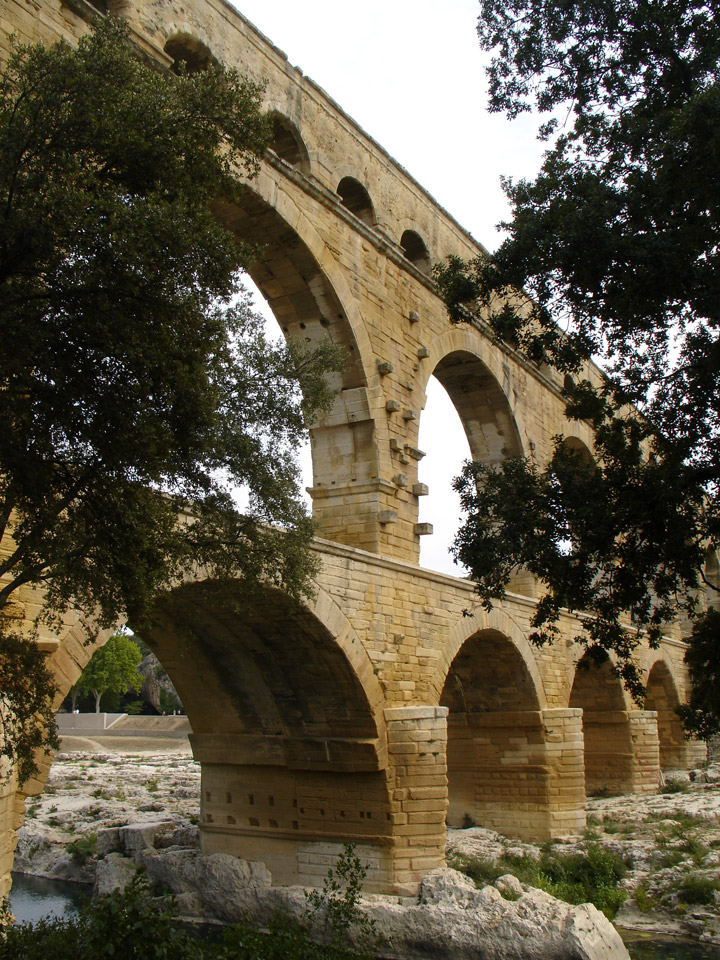 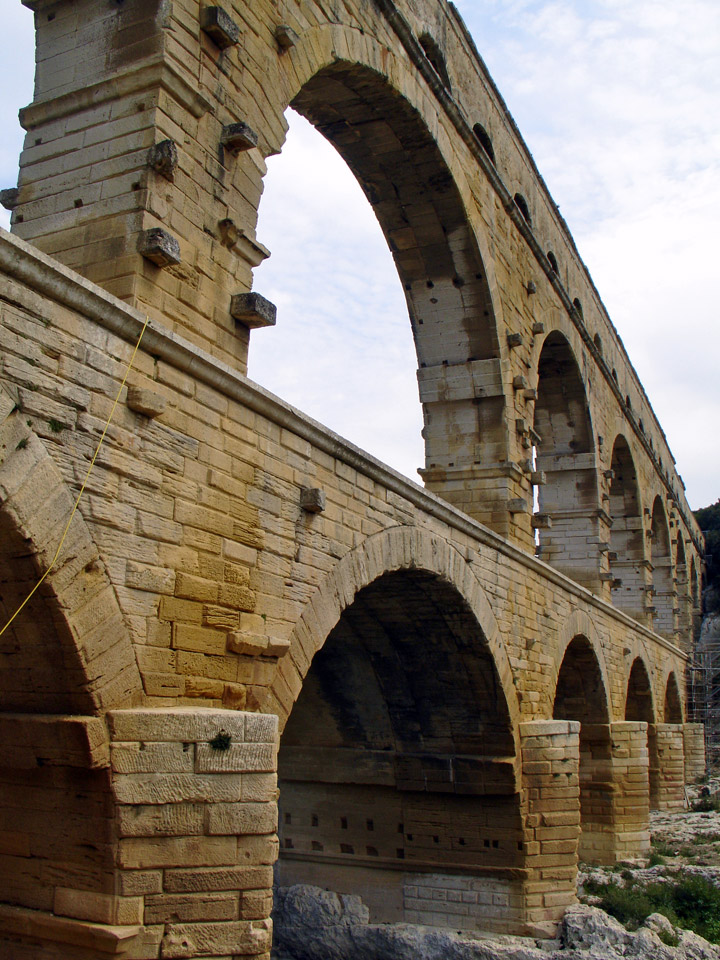 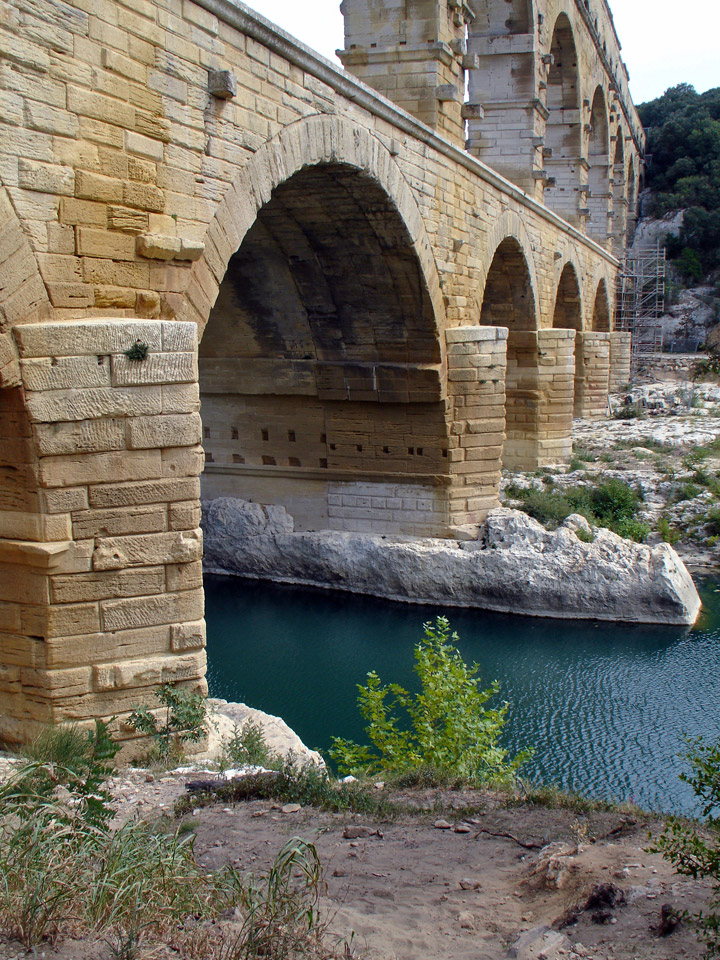 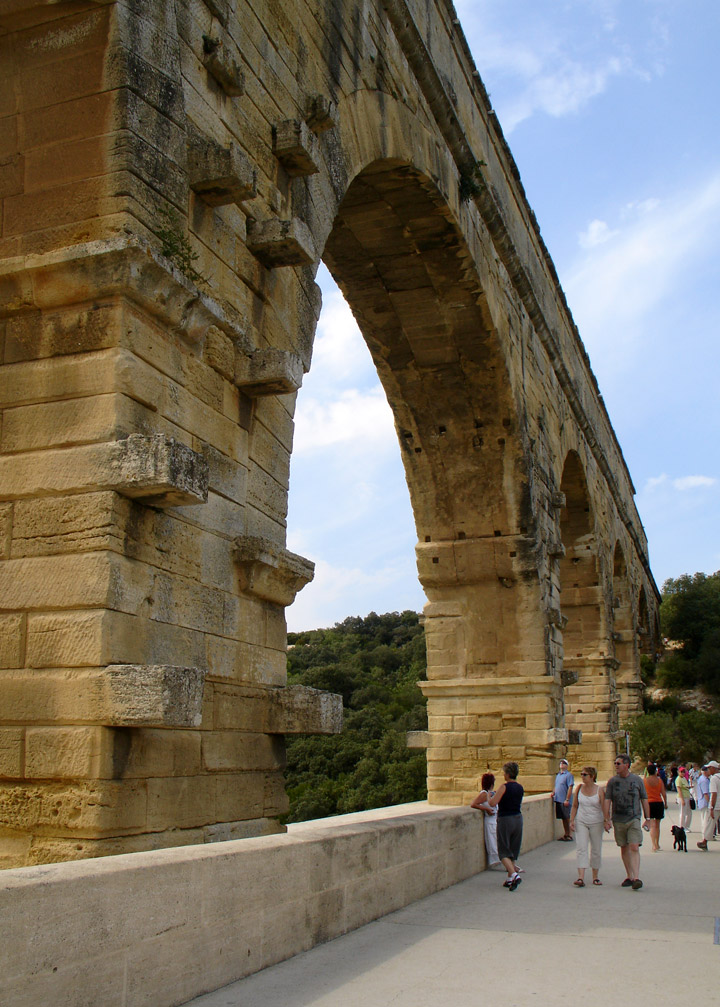 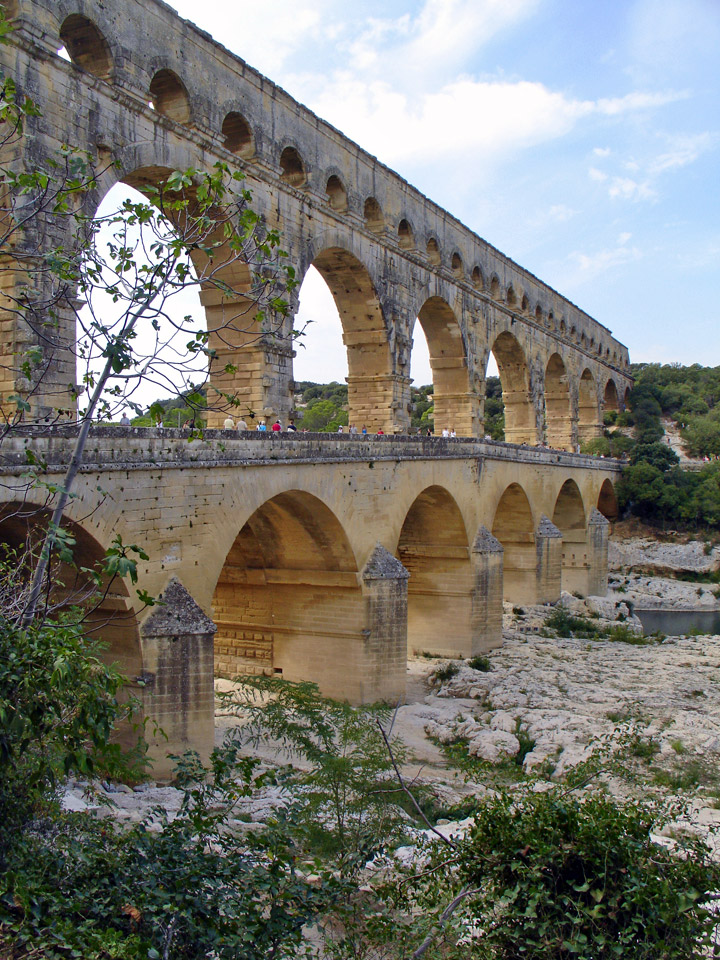 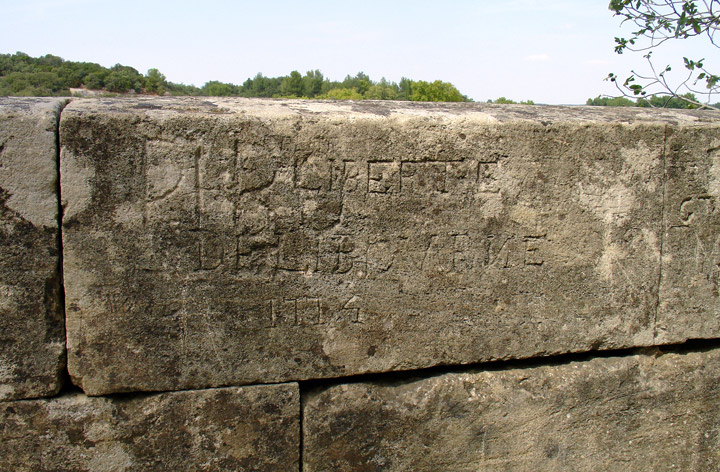 inscription from an early visitor (1774) 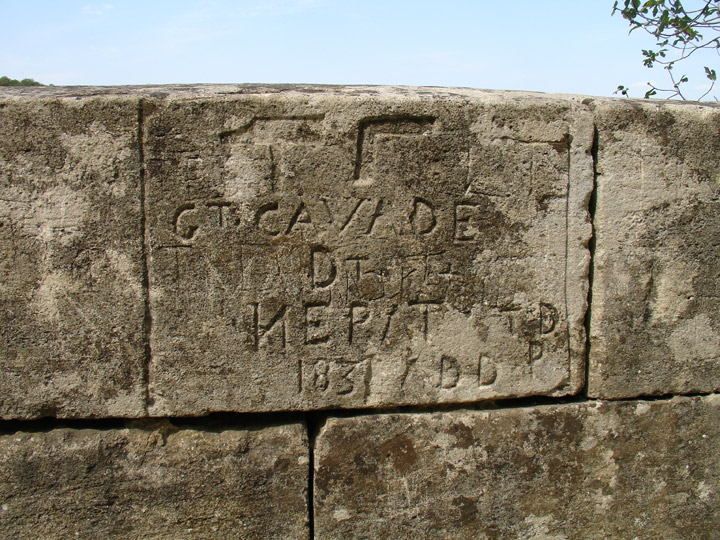 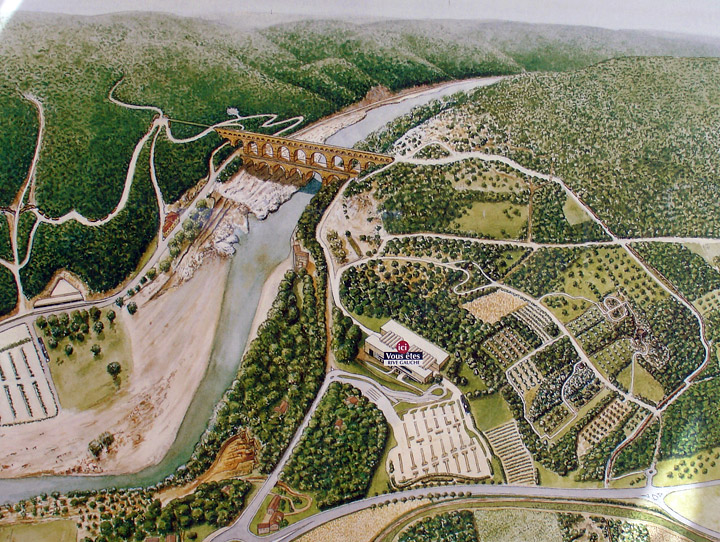 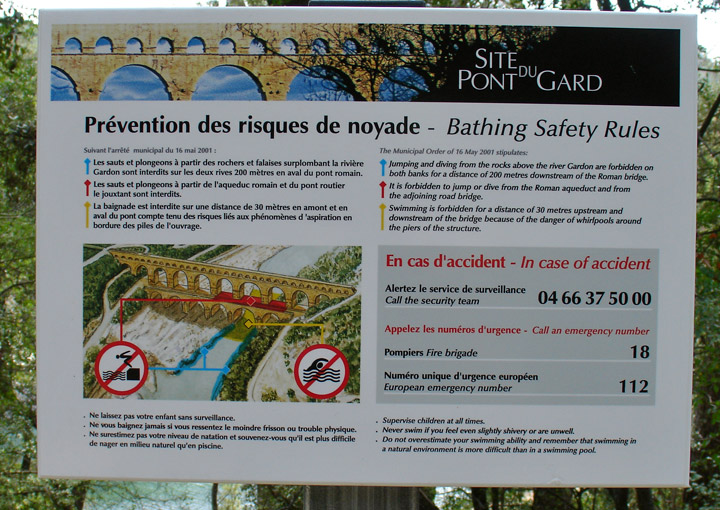 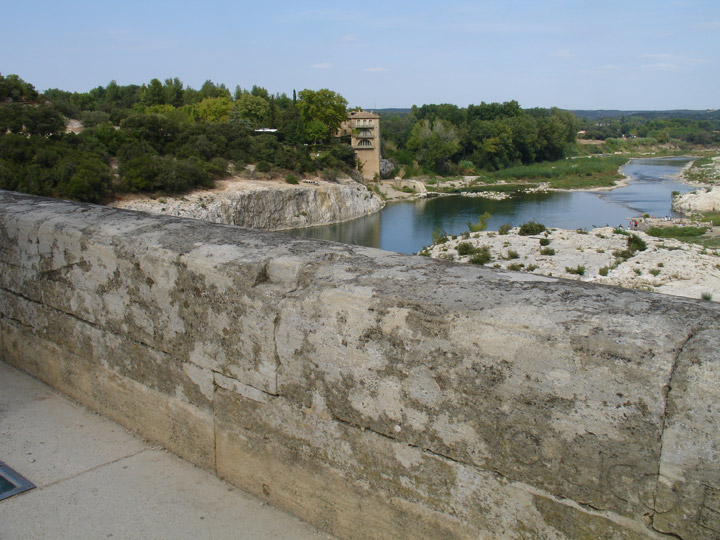 view from the bridge to the guest house 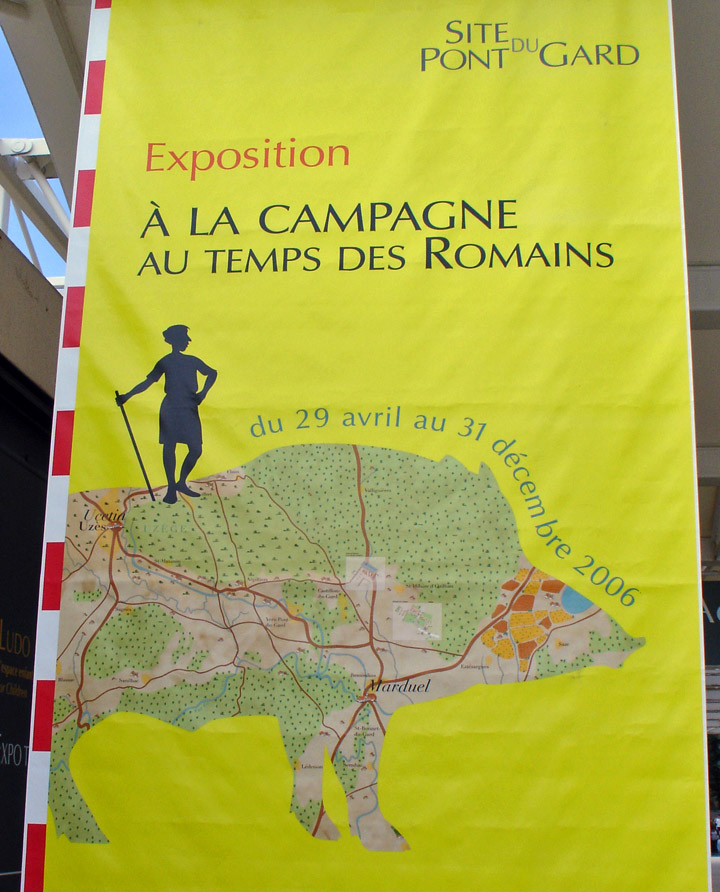 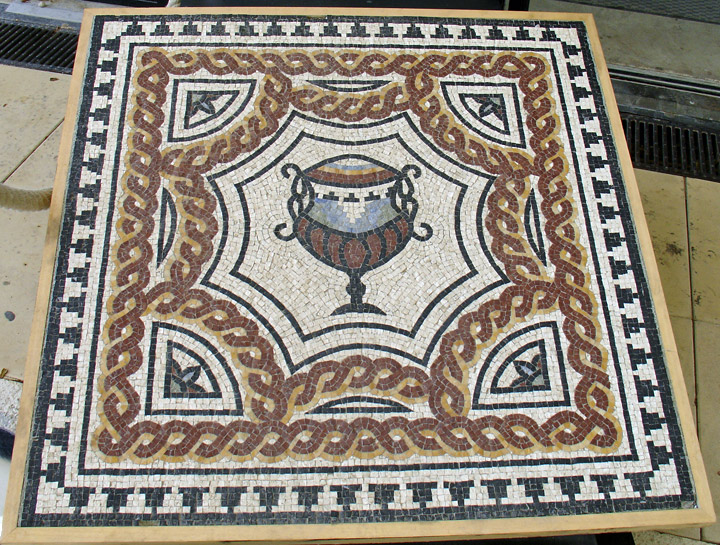 sample of a Roman mosaic