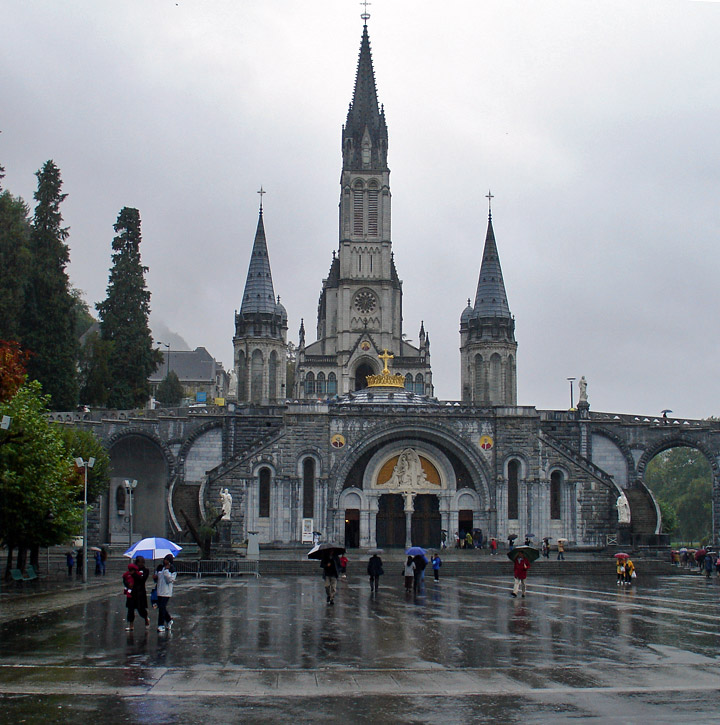 Basilica of the Rosary

Photos of the Basilica interior

Lourdes, town in southwestern France, in Hautes-Pyrénées Department, on the Gave de Pau River, at the base of the Pyrenees. An important fortress town in medieval times, Lourdes is now principally a pilgrimage center. Each year millions visit the grotto where, in 1858, a 14-year-old girl, Bernadette Soubirous (later Saint Bernadette), claimed to have had visions of the Virgin Mary. The waters of an underground spring in the grotto are believed to have miraculous healing powers. A basilica (completed 1876) and a large underground church are at the grotto. Population (1999) 15,203. 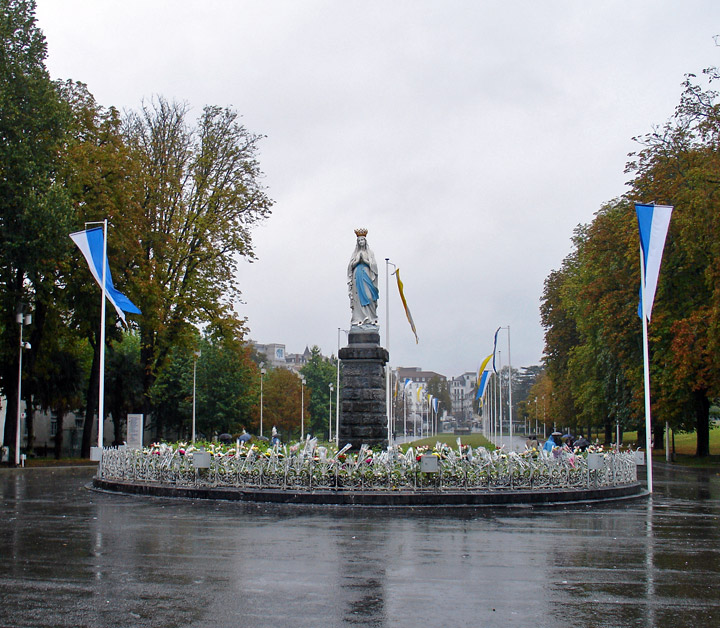 mall in front of the Basilica 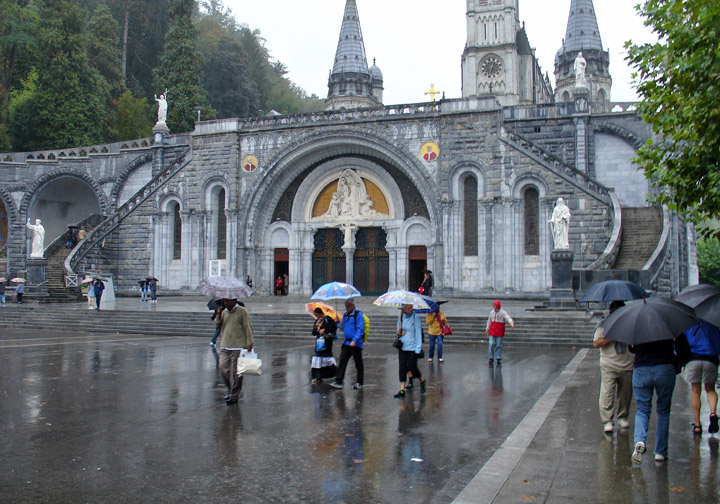 visitors on a rainy day 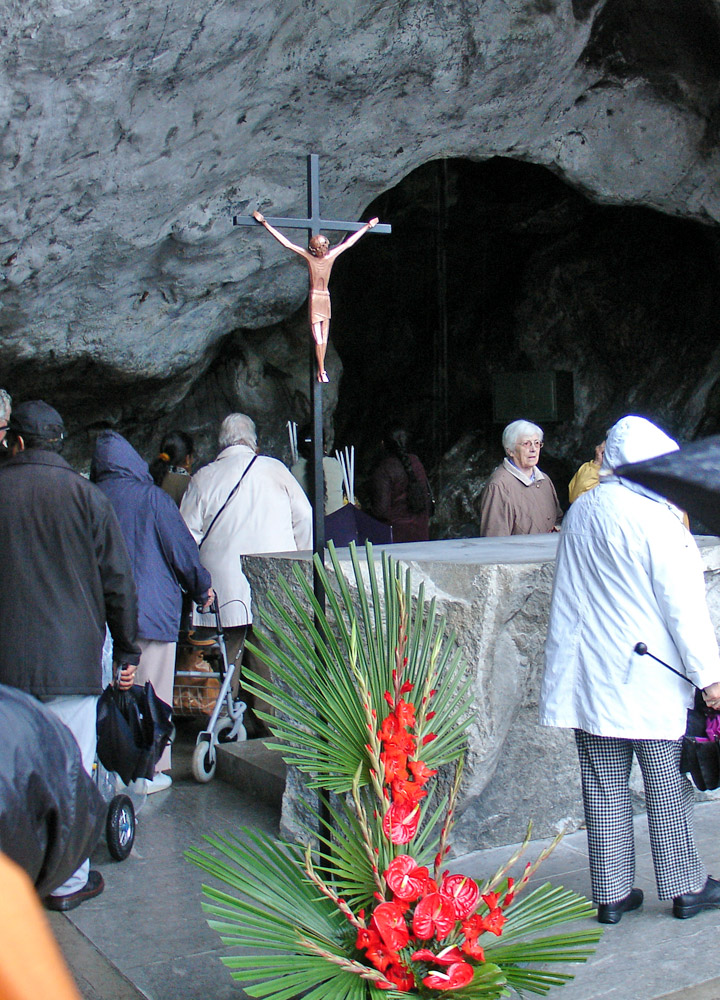 More Photos of the Grotte 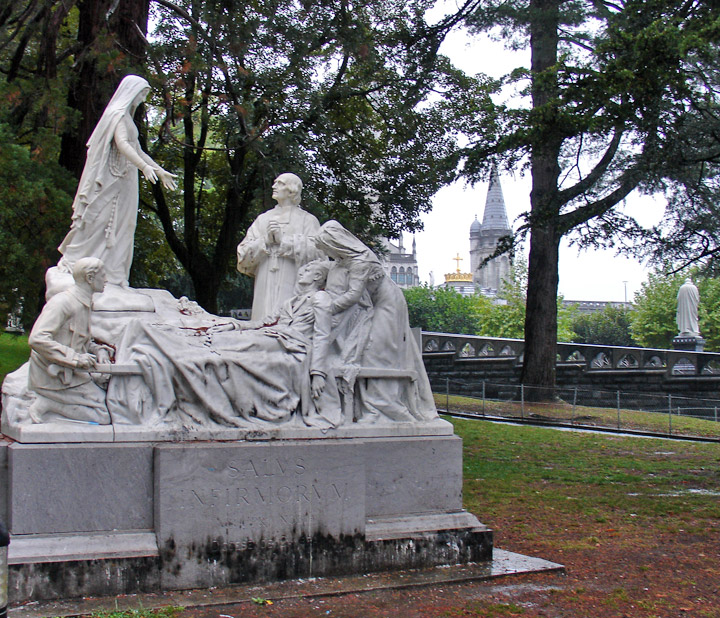 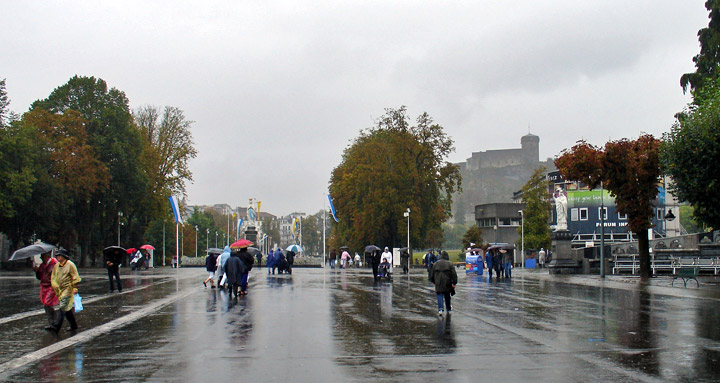 town of Lourdes and its castle in the background