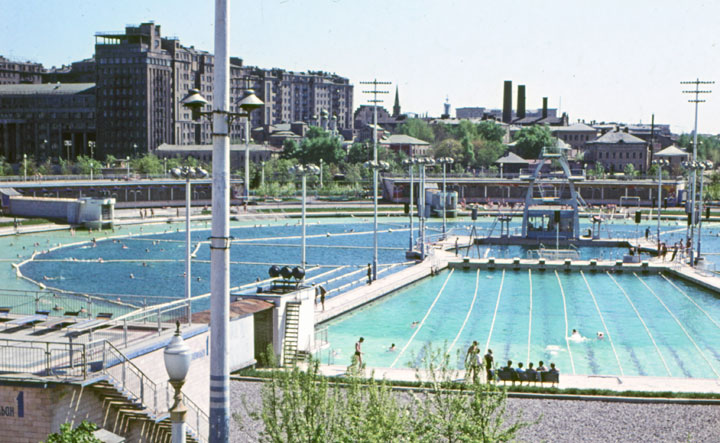 in the English class

In front of the Moscow Hotel
(Red square on the right behind red building,
which in this time period was the Lenin Museum) 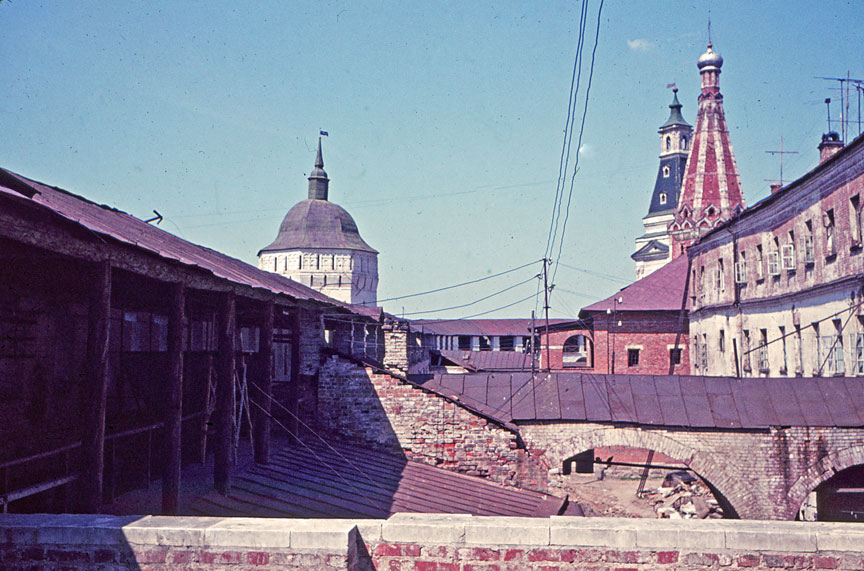 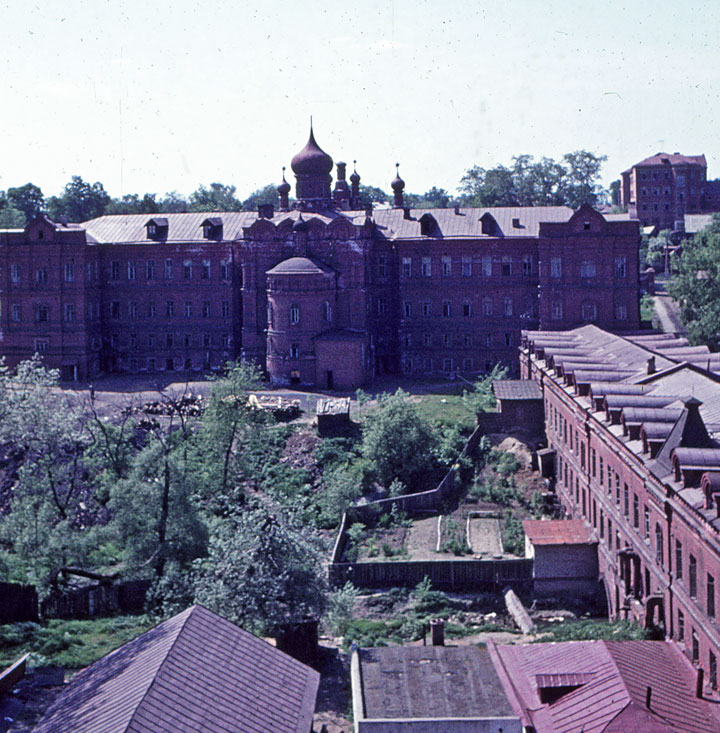 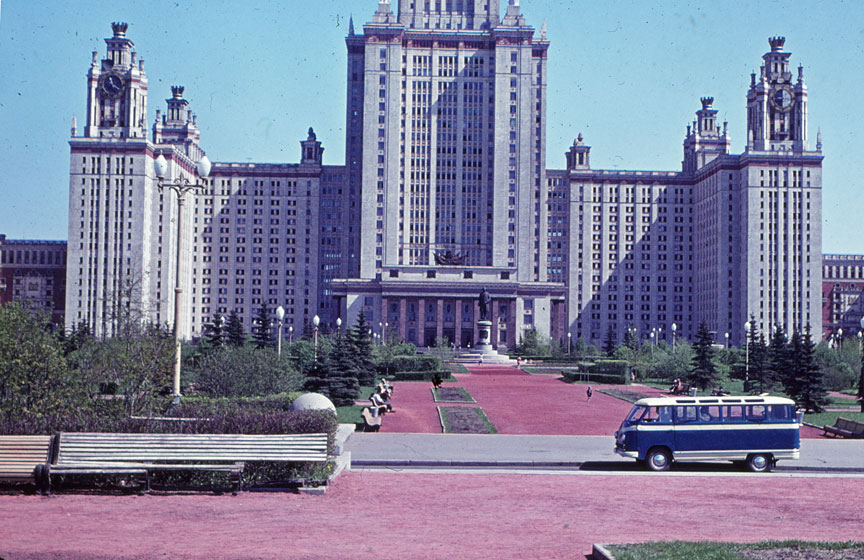 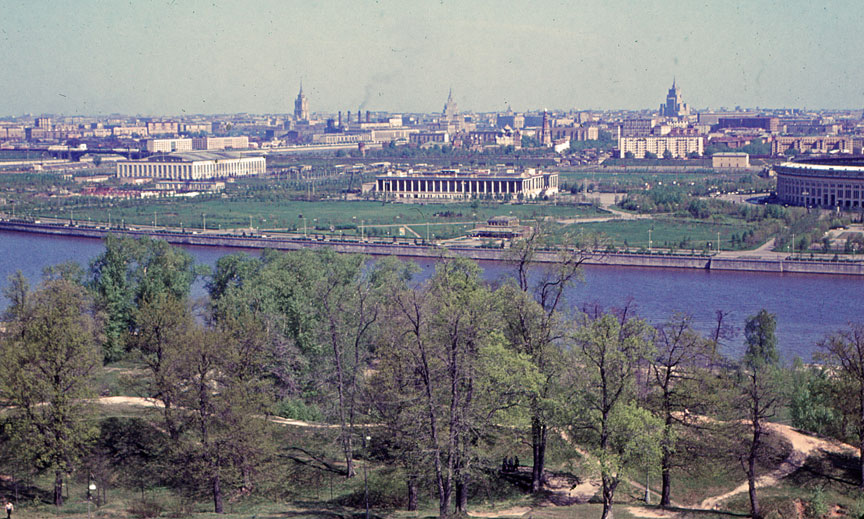 view of Moscow from the University hill 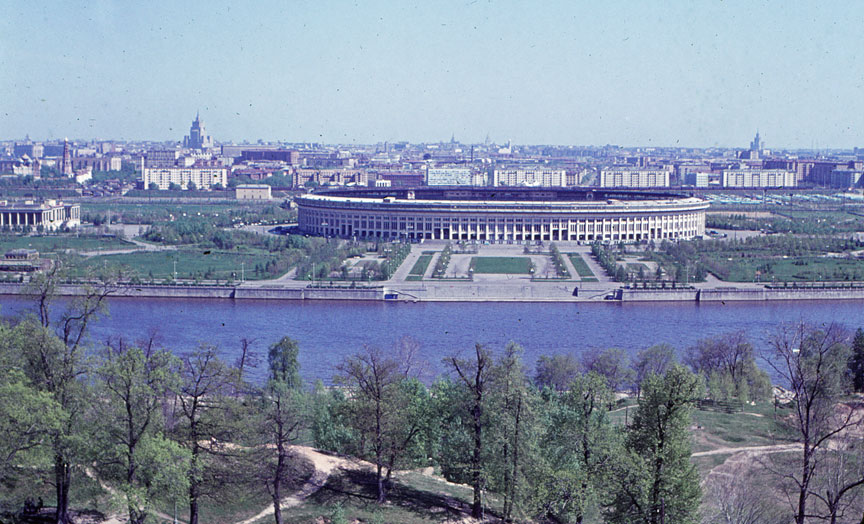 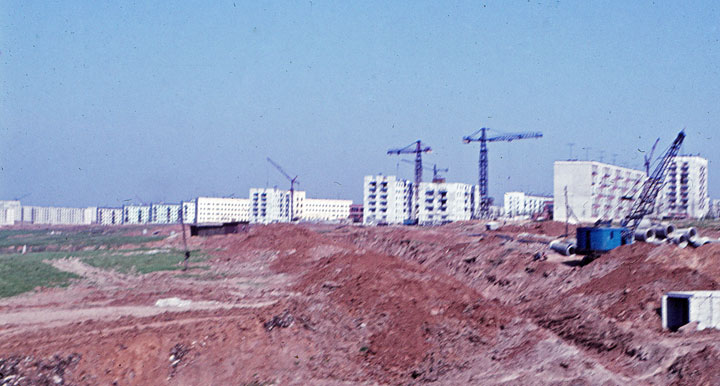 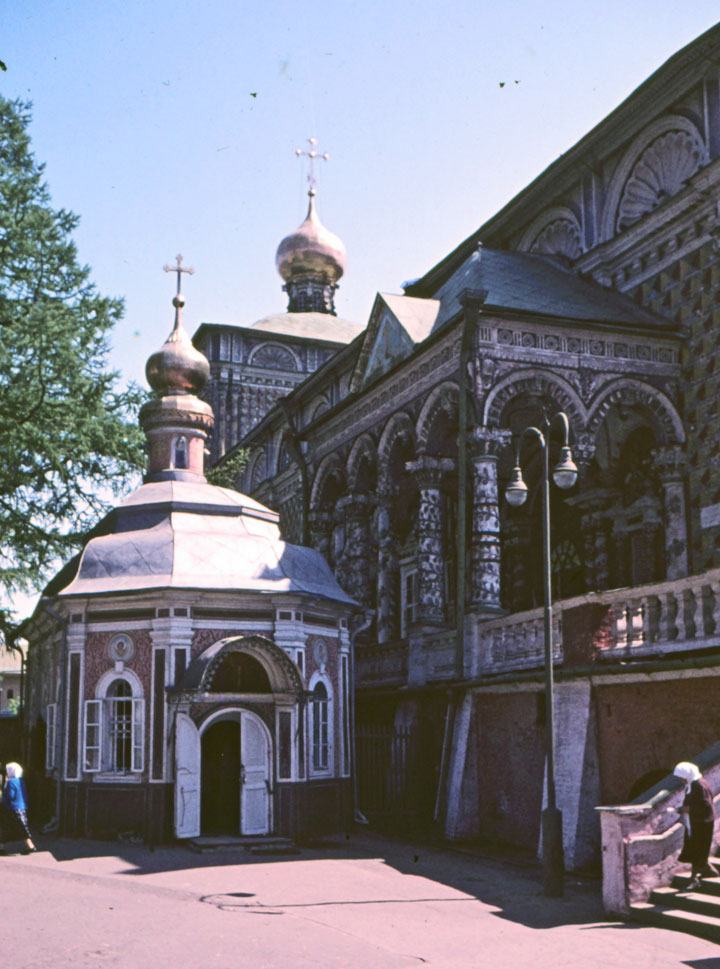 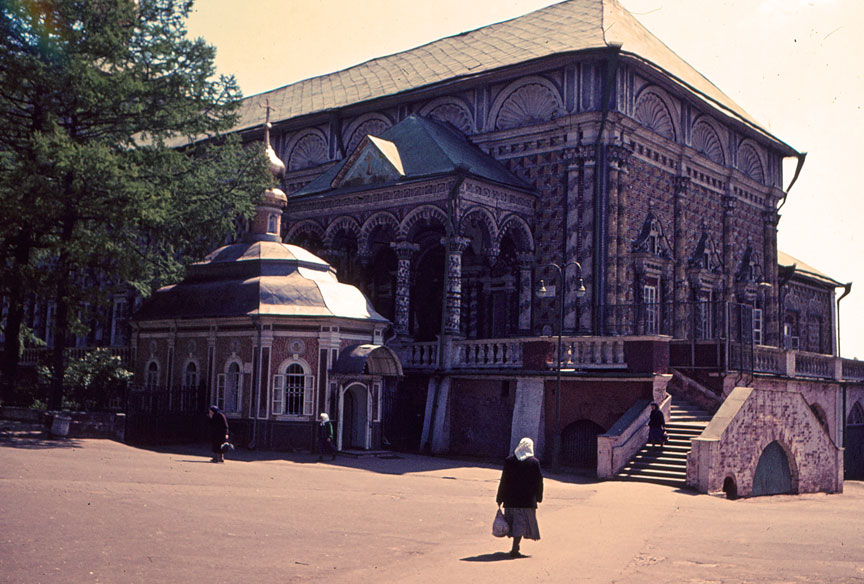 Sergiyev Posad (Russian: Се́ргиев Поса́д) is a city and the administrative center of Sergiyevo-Posadsky District of Moscow Oblast, Russia. It grew up in the 15th century around one of the greatest of Russian monasteries, the Troitse-Sergiyeva (Trinity) Lavra established by St. Sergius of Radonezh. The town became incorporated in 1742. As the town's name, alluding to St. Sergius, had strong religious connotations, the Soviet authorities changed first to just Sergiyev in 1919, and then to Zagorsk in 1930, in memory of the revolutionary Vladimir Zagorsky.

Exhibition of Achievements of the National Economy 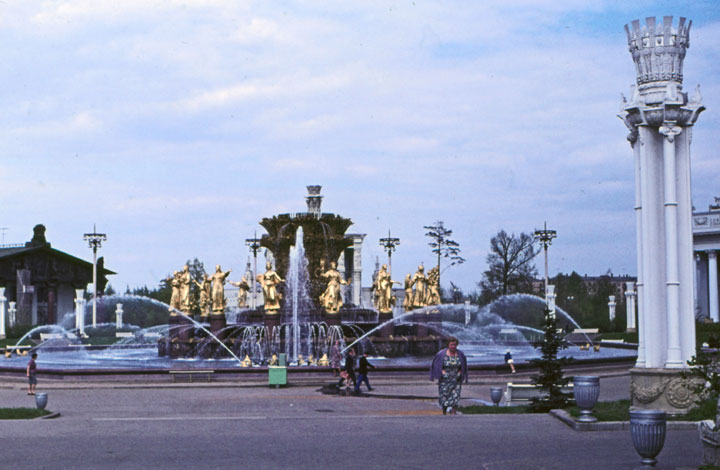 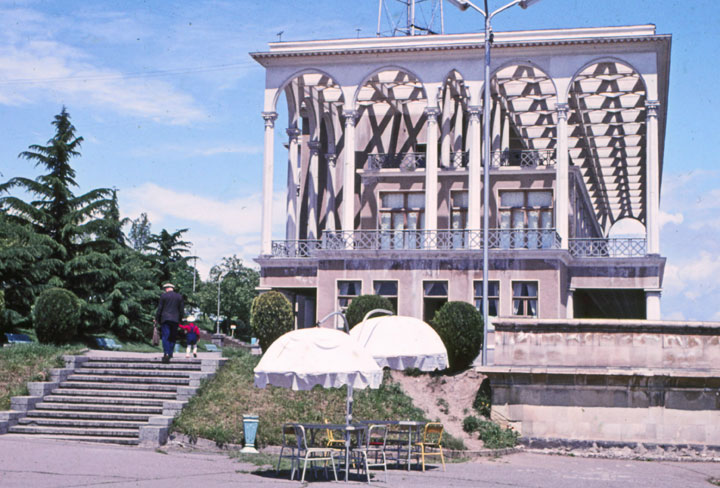 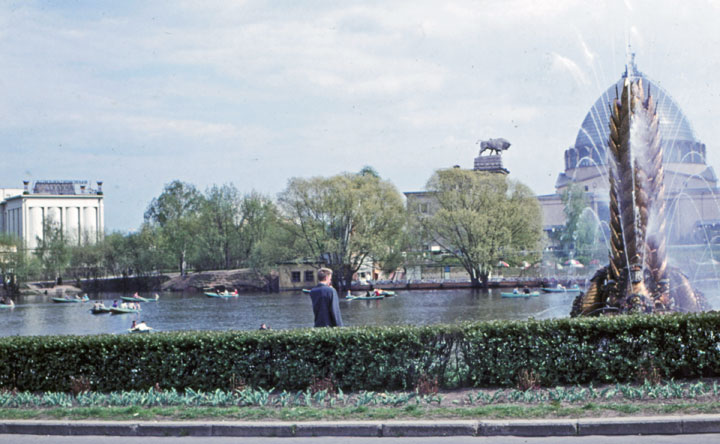 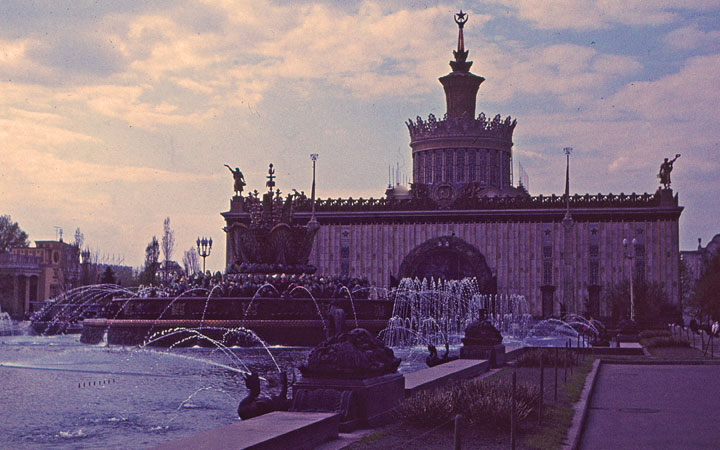