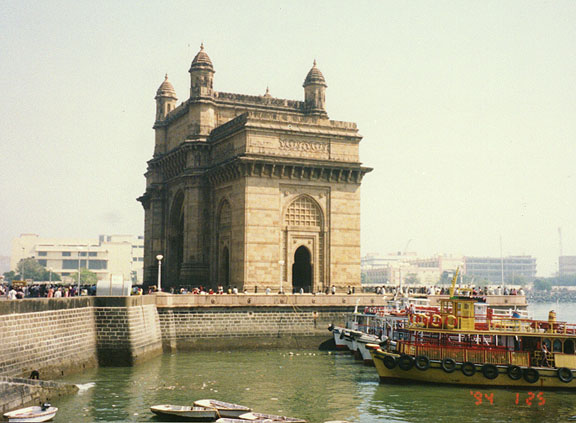 This landmark earned its name "Gateway of India" because it was often the first sight beheld by visitors as they arrived in India by way of India’s busiest port, Mumbai (formerly Bombay).

Mumbai or Bombay, city in western India, capital of Mahârâshtra State and premier port of India, located on the Arabian Sea. Mumbai proper occupies a low-lying area that once consisted of seven islands separated from each other only during high tide. Dredging and reclamation projects, as well as the construction of breakwaters and causeways, have linked the islands into a contiguous stretch of land known as Bombay Island. The city is framed to the east on the mainland by the towering Western Ghats mountain range. Immediately to the north of Bombay Island is Salsette Island. Mumbai, known as Bombay until its name was officially changed in 1995, is the leading financial center of India as well as a major national commercial, transportation, and manufacturing hub. It has one of the world’s largest harbors: a broad, sheltered bay between the city and the mainland. 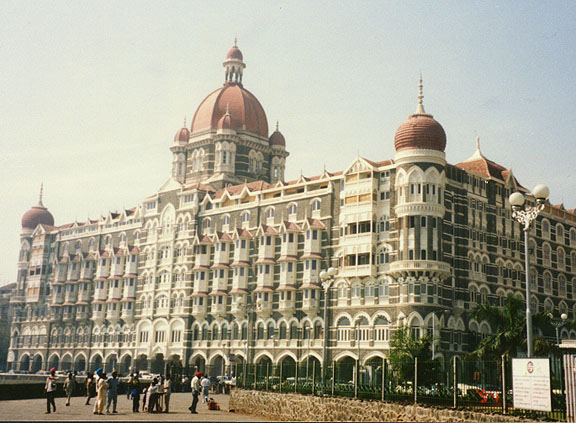 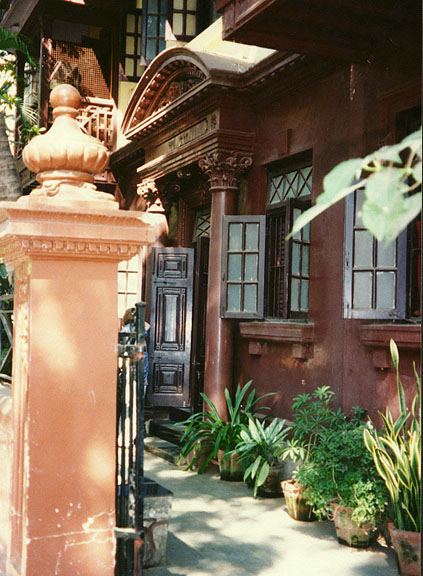 The name Mumbai was developed in reference to a temple of the Hindu goddess Mumba, also known as Parvati, which once stood in the southeastern part of the city. Mumbai’s former name, Bombay, comes from the Portuguese Bom Bahia, meaning "Fair Bay." Both names, which are somewhat similar, have been used for centuries: Bombay was used by the Europeans who first took control of the area in the 1500s and Mumbai by the native Mahârâstrians. 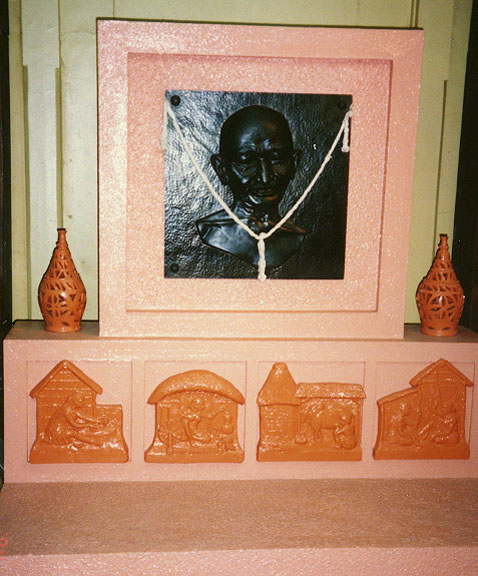 The older part of the city, Mumbai proper, occupies an area of 68 sq km (26 sq mi) south of Mâhîm Creek. This area is the densest part of Mumbai, with the highest concentration of population and commercial and industrial activities. Greater Mumbai, including Salsette Island, covers an area of 438 sq km (169 sq mi). The focal point of Mumbai was once the Fort area in the south central part of the city, where commercial and administrative activities were concentrated. When Salsette Island was made part of Mumbai, residential, industrial, and administrative areas developed there as well. Industries mostly lie in Parel and its surrounding area, between Mâhîm Creek in the north and the Fort area in the south. Slums are abundant north of Mâhîm Creek and around the factories, such as in Parel, Dâdra, and Mâtunga. Nearly 35 percent of Greater Mumbai’s population live in slums, some of which remain submerged in knee-deep water during the four-month period of monsoon rains. 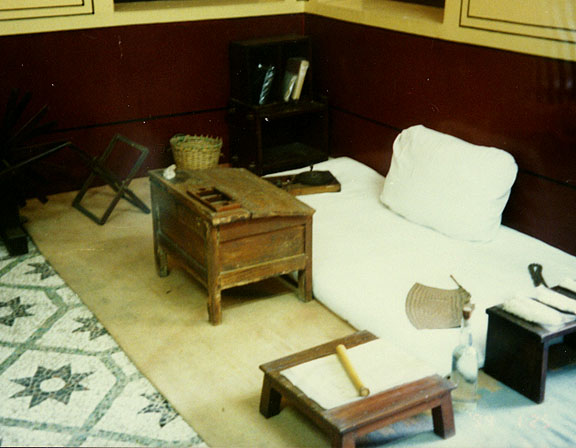 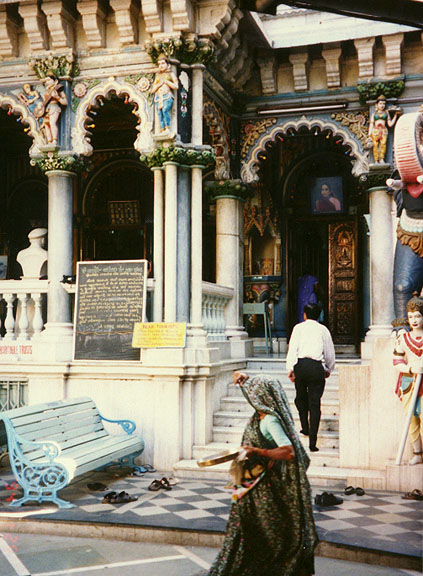 Mumbai’s island location has constrained its ability to spread and grow over a wide area. Consequently, high-rise residential and commercial constructions are emphasized. Dozens of towering skyscrapers have emerged since the 1970s at the Nariman Point area at the southern end of the peninsula. Although the main financial and office locations are still lodged in the Fort area, a southward shift has already begun for office and financial activities. The Bombay Stock Exchange, the largest stock exchange in India, moved to Nariman Point. It was extensively damaged by terrorist bomb blasts in 1993. 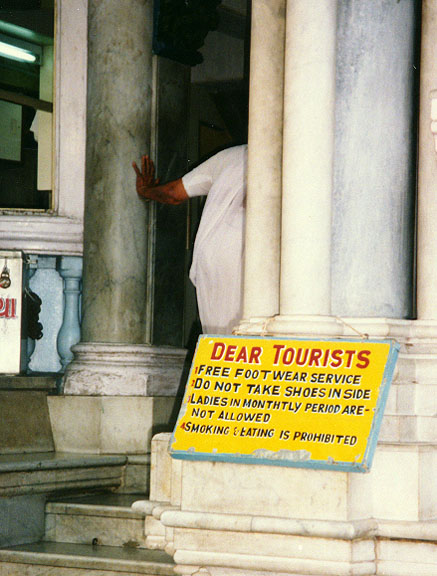 In 1991 Greater Mumbai had a population of 9,925,891. This figure was more than twice the size of the 1961 population. Growth in Mumbai proper has declined since the 1950s because of the already high levels of congestion there. In response, there has been a consistently higher growth of population in the outer ring of the metropolis. Part of the reason for this population growth is migrants. Mumbai attracts a large number of migrants not only from within the state of Mahârâshtra but also from many other parts of India. Often these new migrants are single males. 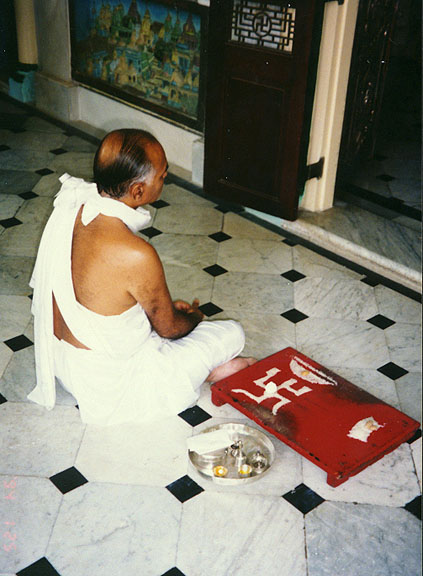 Mumbai is one of the most diversified cities in India. In 1991 Hindus made up 69 percent of the population, Muslims 14 percent, Sikhs 7 percent, Christians 6 percent, Jains 4 percent, and Buddhists 4 percent. Except for Hindus, all other religious groups have a higher percentage share of total population in Mumbai than in India as a whole. Parsis are a small but significant group and have a higher concentration in Mumbai than any other place in the world. Many leading businesspeople, scholars, and philanthropists belong to Mumbai Parsi families. Several different languages are spoken in Greater Mumbai. English is the language of the elite. In 1991 Marathi, the state language of Mahârâshtra, was spoken by 42 percent of the population, Gujarati by 18 percent, Urdu by 11 percent, Hindi by 10 percent, Tamil by 3 percent, Sindhi by 3 percent, and Punjabi by 2 percent. 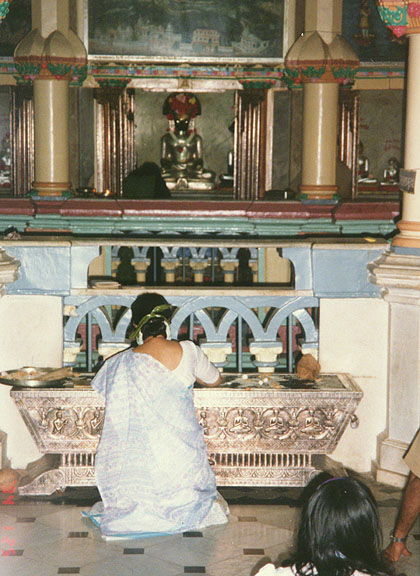 The literacy rate in Greater Mumbai is high compared to other Indian metropolises; about four-fifths of the population was literate in 1991. The University of Mumbai (founded in 1857) has two campuses, one in the old Fort area and a new campus, established in the 1970s, north of Mâhîm Creek in Vidya Nagari. There are several other colleges, including medical colleges, located in Mumbai. Hospitals specializing in cancer treatment receive patients from all over India. Haffkine Institute in Parel specializes in vaccine research. The Prince of Wales Museum is also located in Mumbai and contains valuable art, archaeology, and natural history sections. Mumbai is the birthplace of orchestra conductor Zubin Mehta and English writer and Nobel laureate Rudyard Kipling. It is also the center of movie production in India and aptly nicknamed the "Hollywood of India," or "Bollywood." 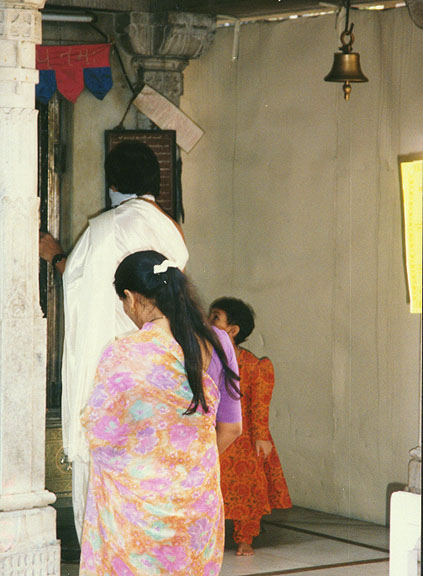 Several factors gave impetus to Mumbai’s industrial and commercial growth during the 19th century. Located in a cotton-growing area, the city benefited from the rise in world cotton prices with the shortage of cotton during the American Civil War (1861-1865). Cotton-textile mills emerged as the main manufacturing activity, and the number of people employed by them increased from 7,000 in the 1860s to 73,000 in 1900. Mumbai also prospered as an international port with the 1869 opening of the Suez Canal, which shortened the shipping route to Europe. Today most of India’s cotton continues to be grown in the Mumbai hinterland on a fertile, lava-based soil known as black cotton soil. Textiles remain the dominant industry, employing more than half the workforce in the early 1990s. Other important products of Mumbai include refined oil, petrochemicals, pharmaceuticals, tobacco, leather, furniture, timber products, ceramics, paper, jewelry, and food. Thirty-eight percent of the workers of Greater Mumbai were engaged in manufacturing activities in 1991, 24 percent were engaged in trade and 22 percent were employed in the service sector, while the remaining 16 percent were employed in household industry, agriculture, and fishing. Eleven percent of India’s manufacturing employment is located in the Mumbai metropolitan area. 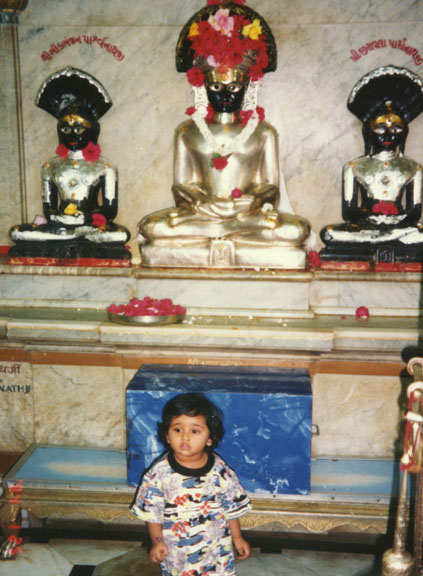 child in front of Tirthankaras 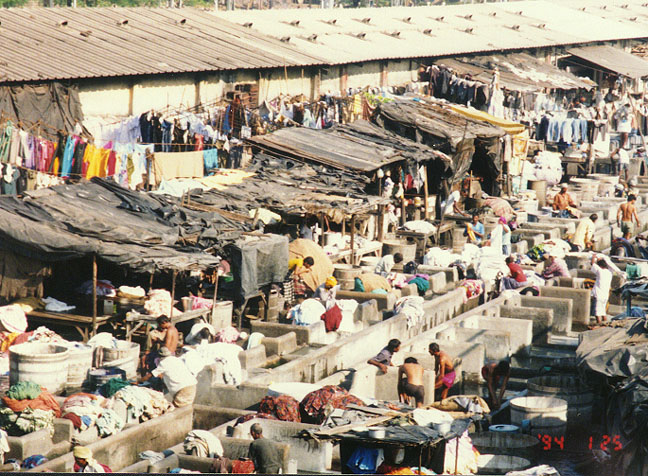 The area that is now Mumbai was originally inhabited by Kolis, a fishing people. It was part of the kingdom of Gujarât from the 1300s until 1534, when Sultan Bahadur Shah of Gujarât ceded the area, then known as Bombay, to the Portuguese. In 1661 the Bombay territory was given to King Charles II of England as part of the wedding dowry for Catherine of Braganza, who was the Portuguese king’s sister. In 1668 King Charles II leased the area to the English East India Company for a small sum of money. Bombay became the capital of the Bombay Presidency, a British-controlled area, in 1687 when the capital was transferred from Surat. By the early 18th century Bombay had become the main British center on the west coast. The British built a fort in Bombay in 1717. A castle lay at the center of the Fort and roads from the castle led outward to three gates: Apollo in the south, Church in the west, and Bazar in the north. Within the Fort, the southern area consisted of planned and open settlements reserved for the English. Parts of the Fort north of Church Street were reserved for the indigenous population, giving that area a high population density. By the middle of the 18th century the Fort area became too congested and settlements moved outside its walls, with the governor moving to Parel in 1750. Much of the Fort area, including the part once reserved for the indigenous population, was gutted in the great fire of 1803. 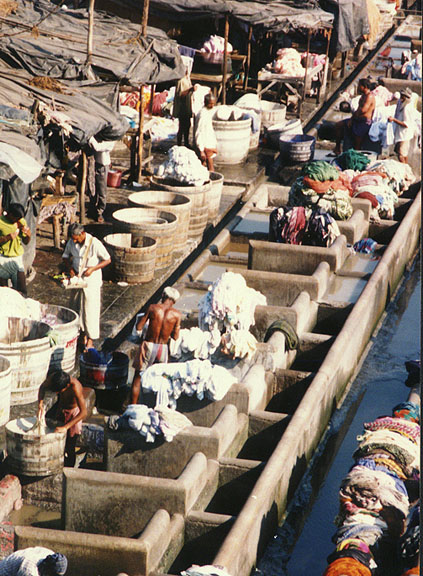 cement tubs for washing the clothing

The Fort walls were torn down as a result of a government recommendation in 1861. However, the city of Bombay continued to grow. In 1860 it received a piped water supply. The Bombay Gas Company was established in 1862. Railroad networks were established by 1864. In 1865 Bombay was officially recognized as a municipality. In 1873 the Port Trust was established, and Princess and Victoria docks were completed in the 1880s. 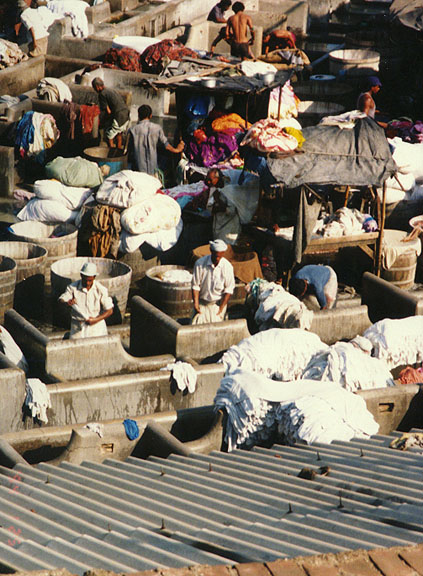 a long day of work

A great plague occurred in 1896 that resulted in increased awareness of sanitary conditions. The Bombay Improvement Trust was formed in 1896 to finance new roads, improve crowded areas, reclaim lands, and help construct sanitary dwellings for the poor. In the early 20th century the city became a focus of Indian nationalism. With Indian independence in 1947, Bombay became the capital of Bombay State. In 1960 Bombay State was dissolved and Mahârâshtra State was created with Bombay as its capital. As Bombay grew in size, the need for organized development grew. In 1975 the state government established the Bombay Metropolitan Regional Development Authority, which prepared a plan proposing new growth centers at New Bombay, Bândra-Kurla, and Kalyân, among other places. Bombay changed its name to Mumbai in 1995.