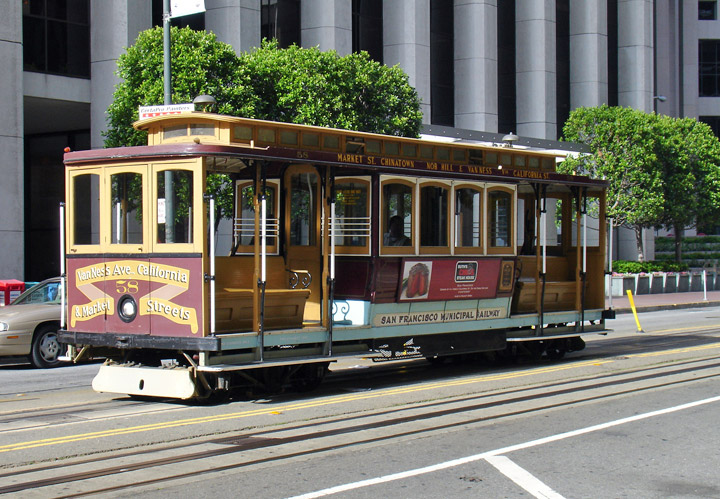 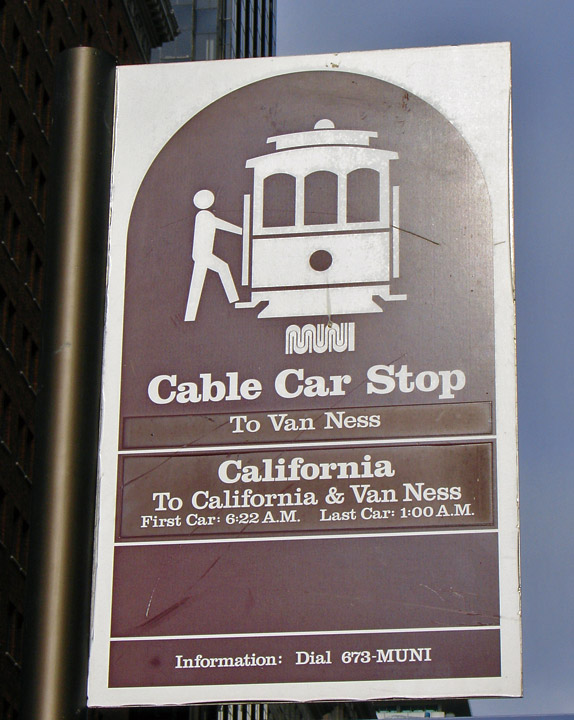 The California Street line runs East-West from the Financial District, through Chinatown, over Nob Hill and stops at Van Ness Avenue. Since all the cars on this line have the same routes, the signs are painted directly on the car. 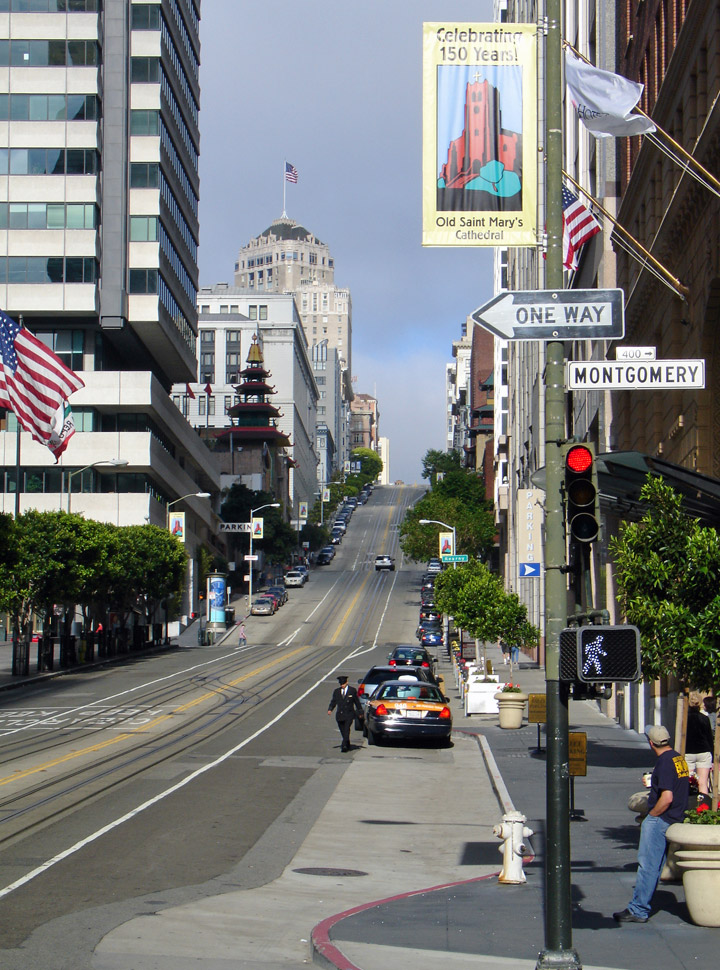 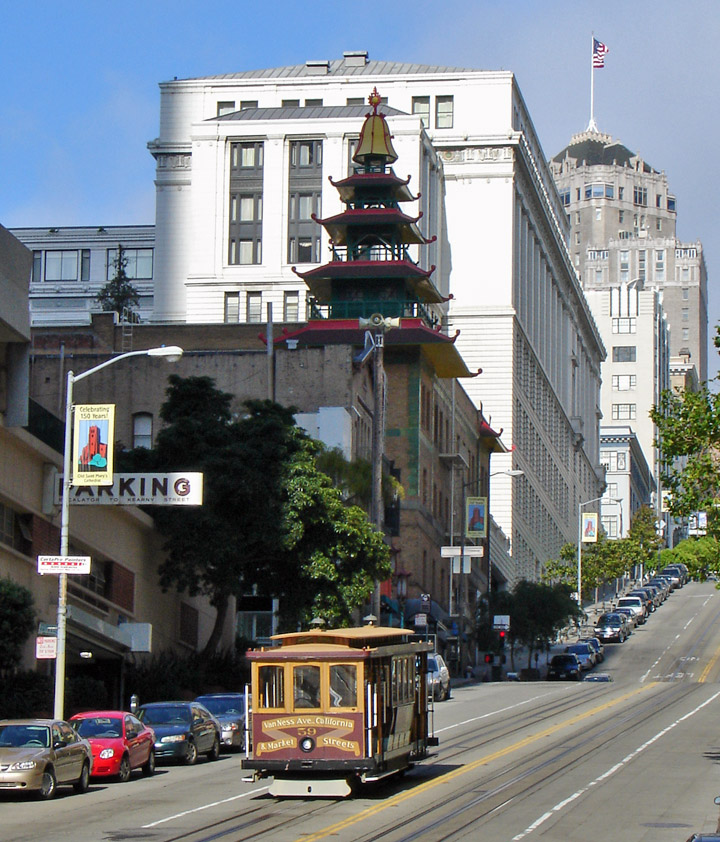 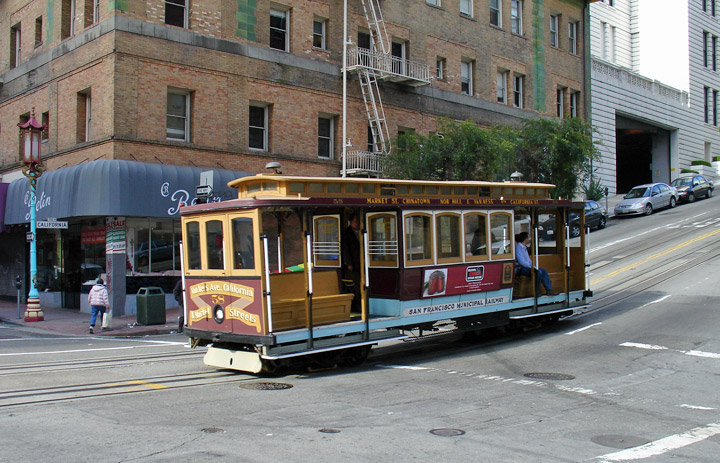 The driving force behind the San Francisco cable car system came from a man who witnessed a horrible accident on a typically damp summer day in 1869. Andrew Smith Hallidie saw the toll slippery grades could extract when a horse- drawn streetcar slid backwards under its heavy load. The steep slope with wet cobblestones and a heavily weighted vehicle combined to drag five horses to their deaths. Although such a sight would stun anyone, Hallidie and his partners had the know-how to do something about the problem. 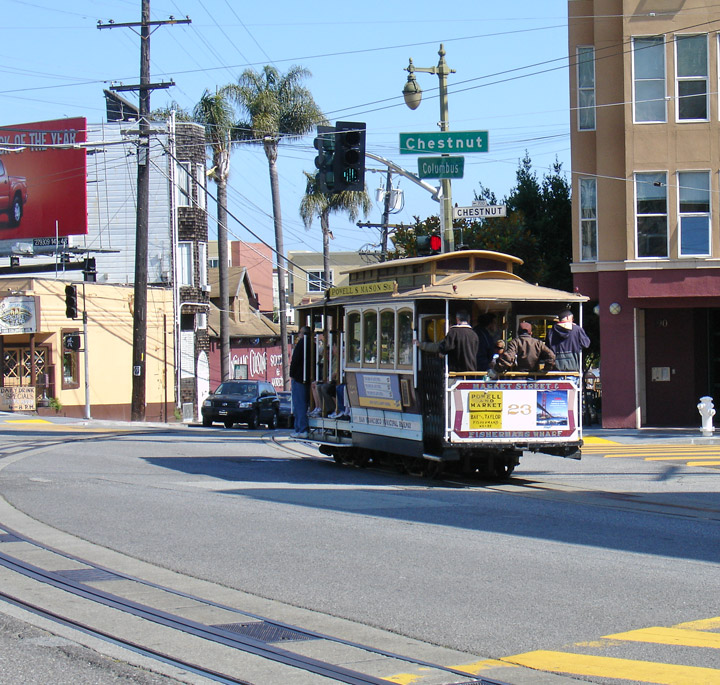 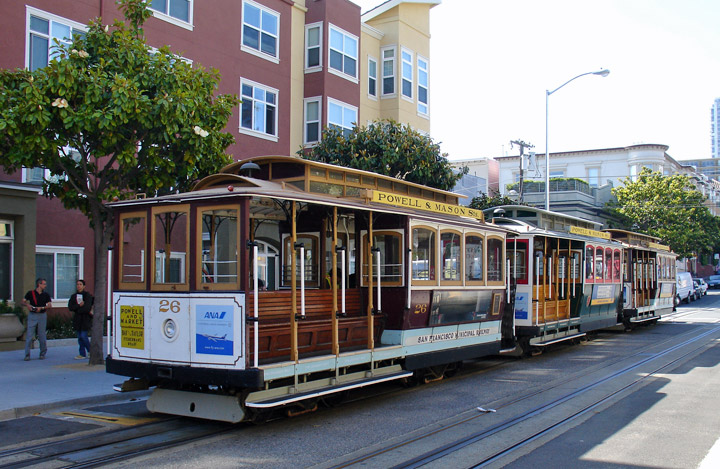 Hallidie had been born in England and moved to the U.S. in 1852. His father filed the first patent in Great Britain for the manufacture of wire- rope. As a young man, Hallidie found uses for this technology in California's Gold Country. He used the wire-rope when designing and building a suspension bridge across Sacramento's American River. He also found another use for the wire-rope when pulling heavy ore cars out of the underground mines on tracks. The technology was in place for pulling cable cars.

The next step bringing Hallidie closer to his fate was moving his wire- rope manufacturing to San Francisco. All that was now needed was seeing the accident for the idea to become full blown-a cable car railway system to deal with San Francisco's fearsome hills. 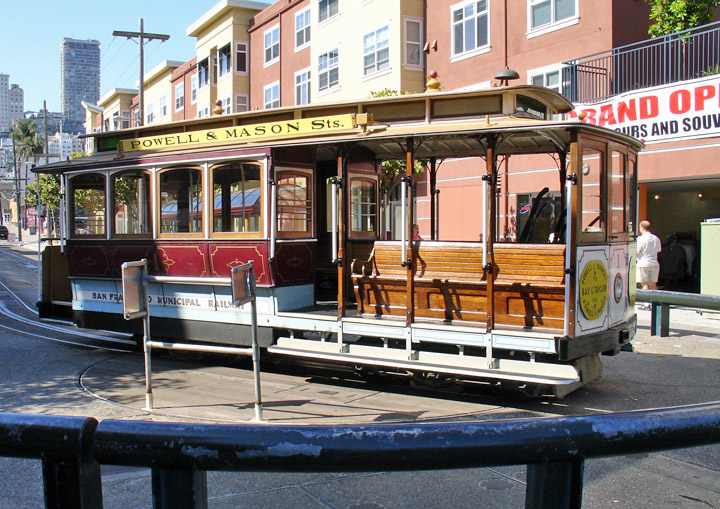 end of this line 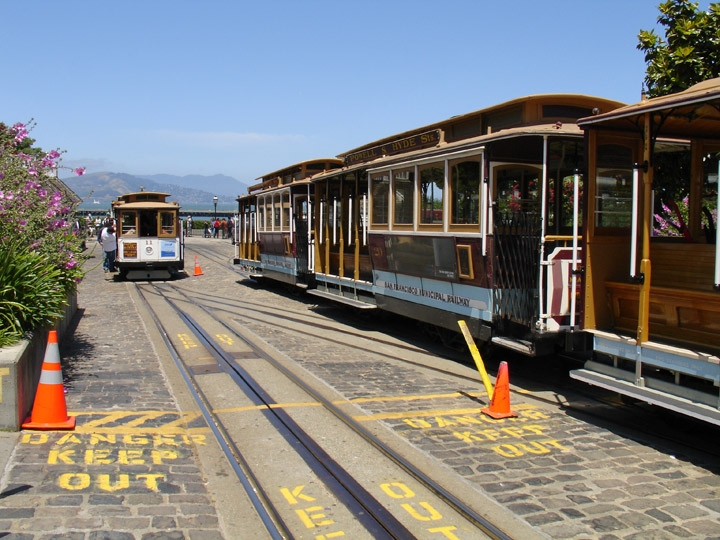 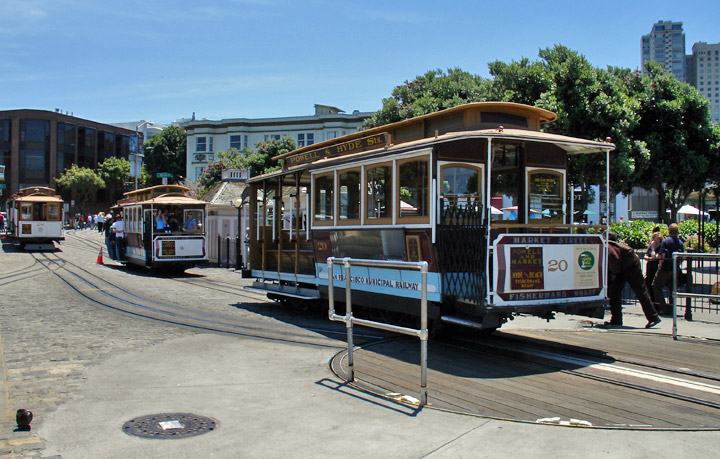 The Powell-Hyde line begins at the Powell Market turntable and runs over Nob and Russian hills before ending at Aquatic Park near Ghiradelli Square. 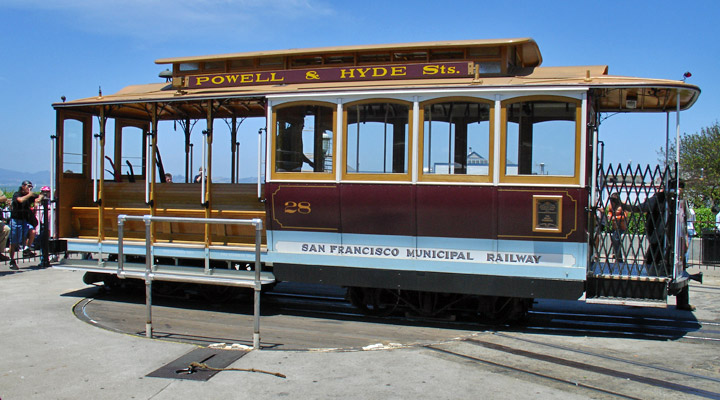 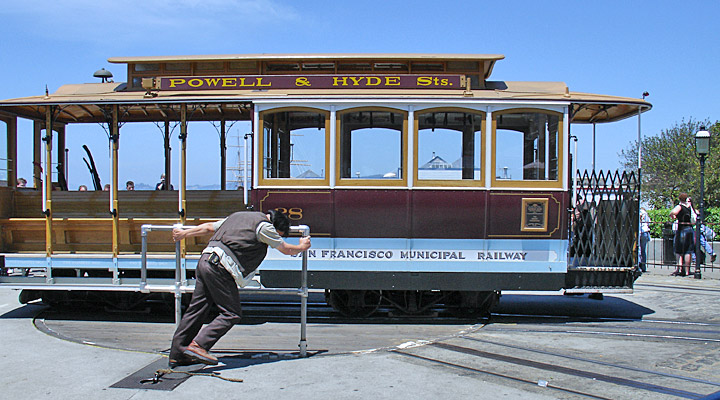 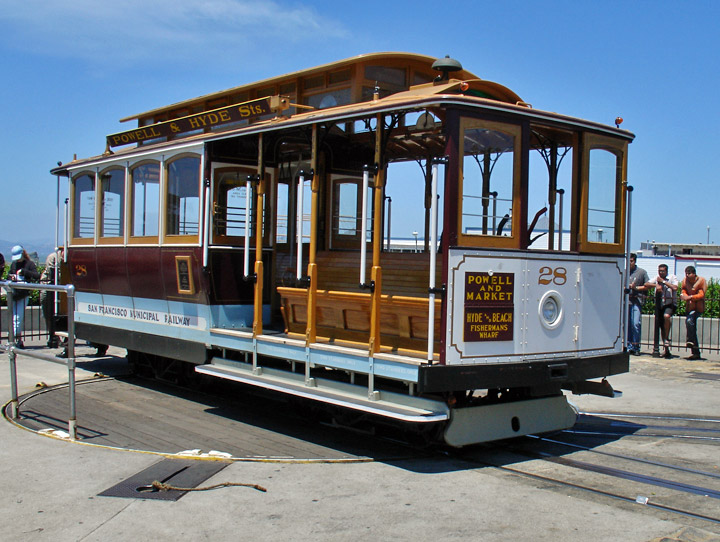 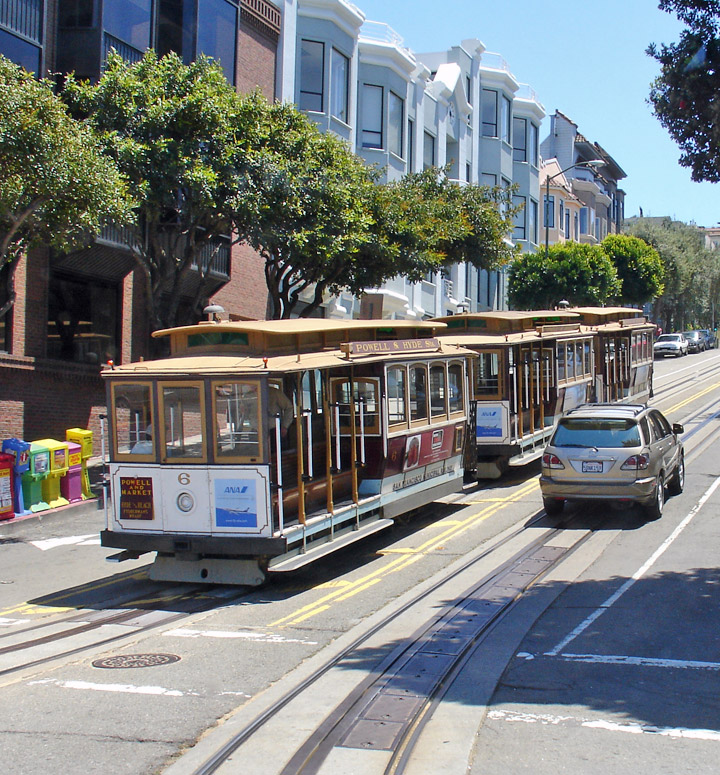 starting in a cable car up the hill 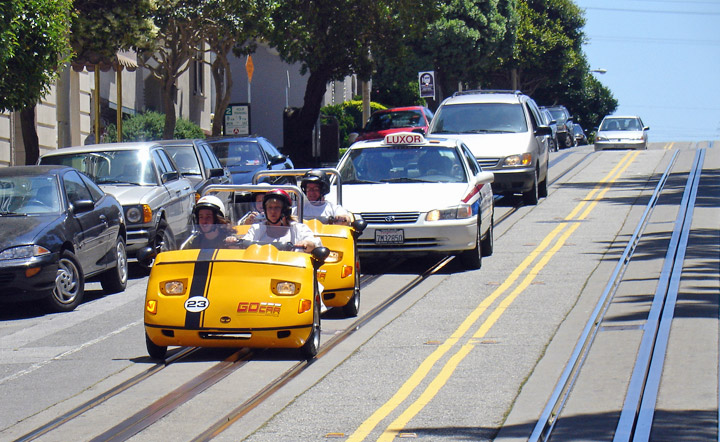 passing some of those small yellow vehicles rented by visitors 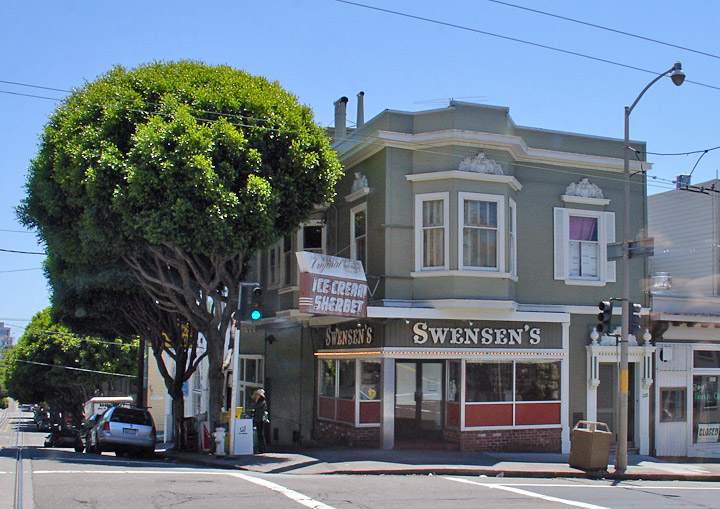 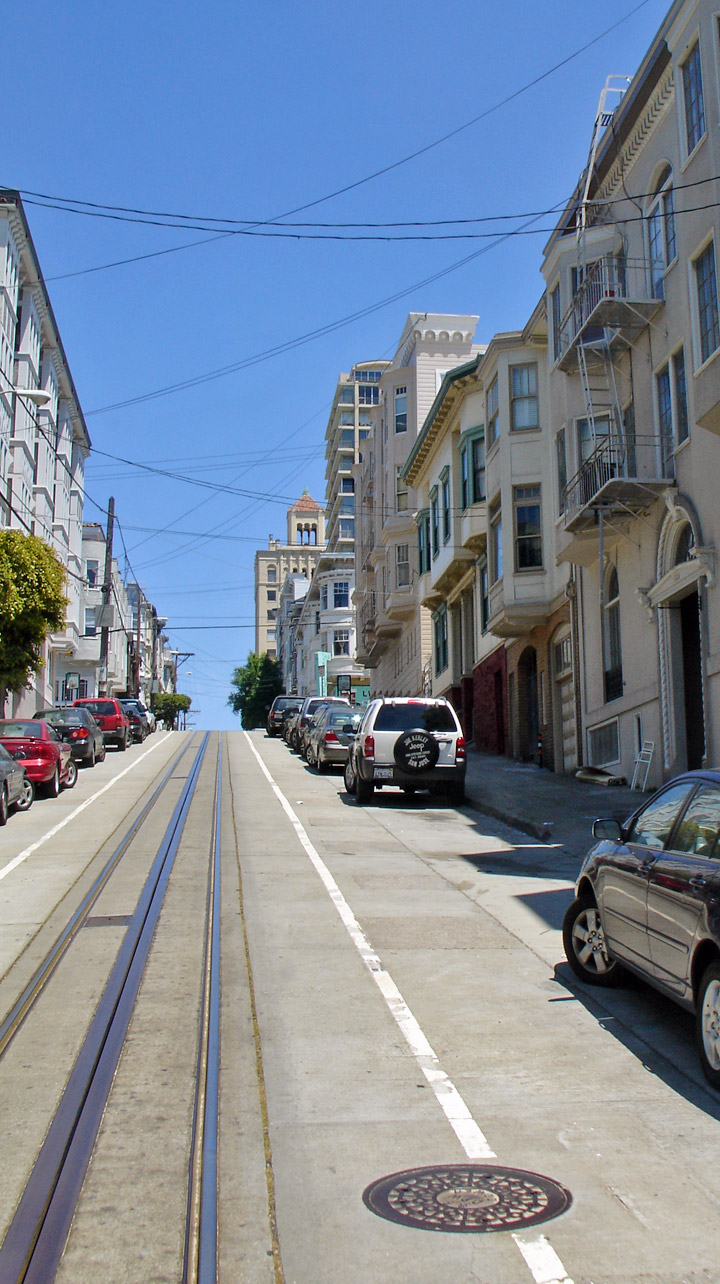 cable pulling the car up the steep street 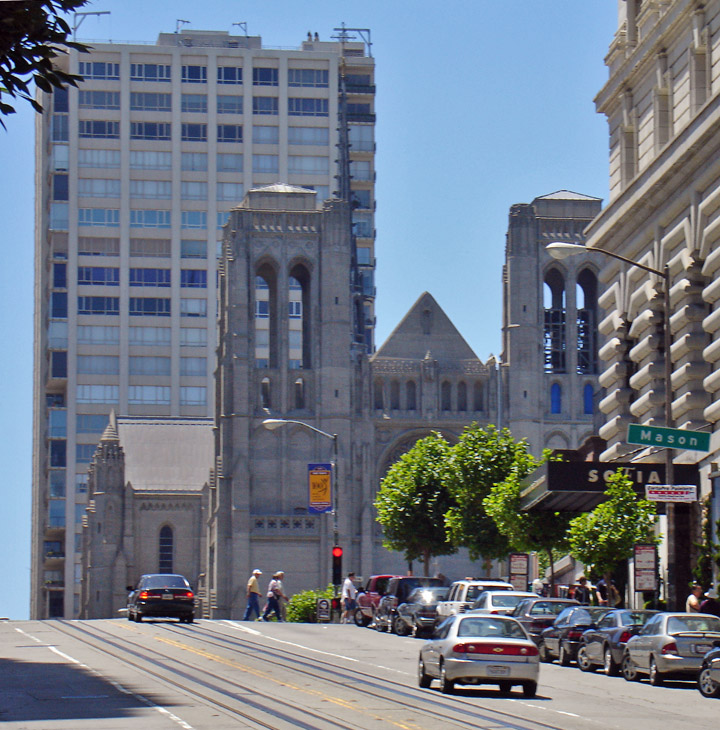 a view of Grace Episcopal Cathedral 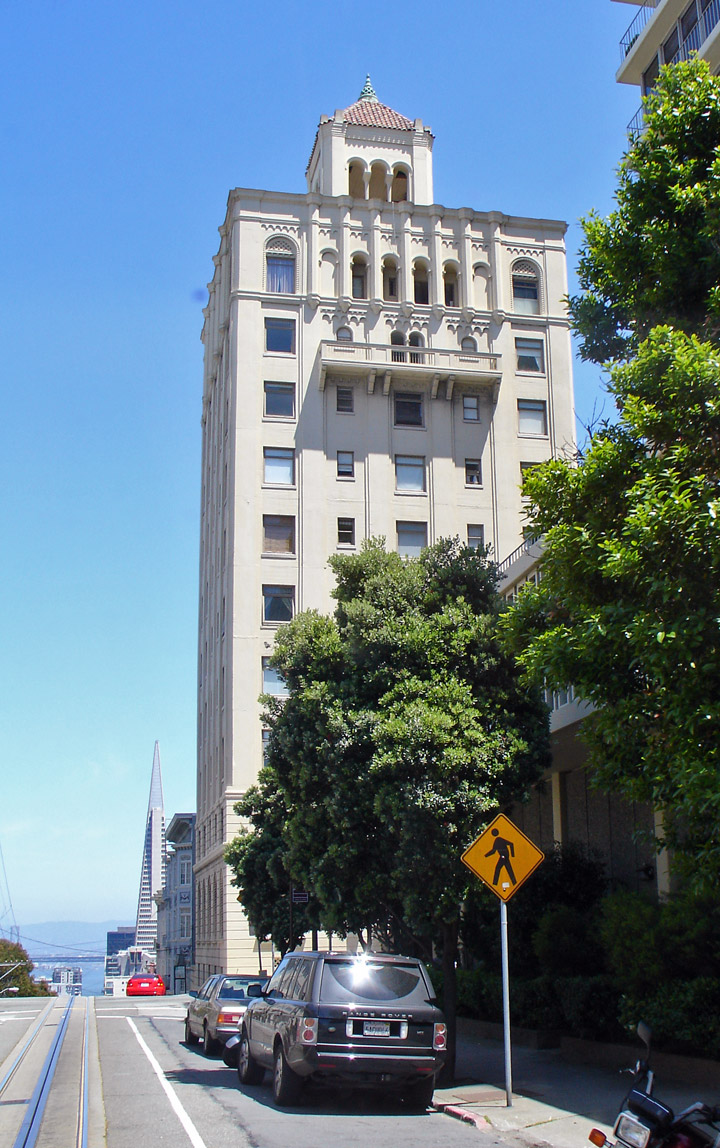 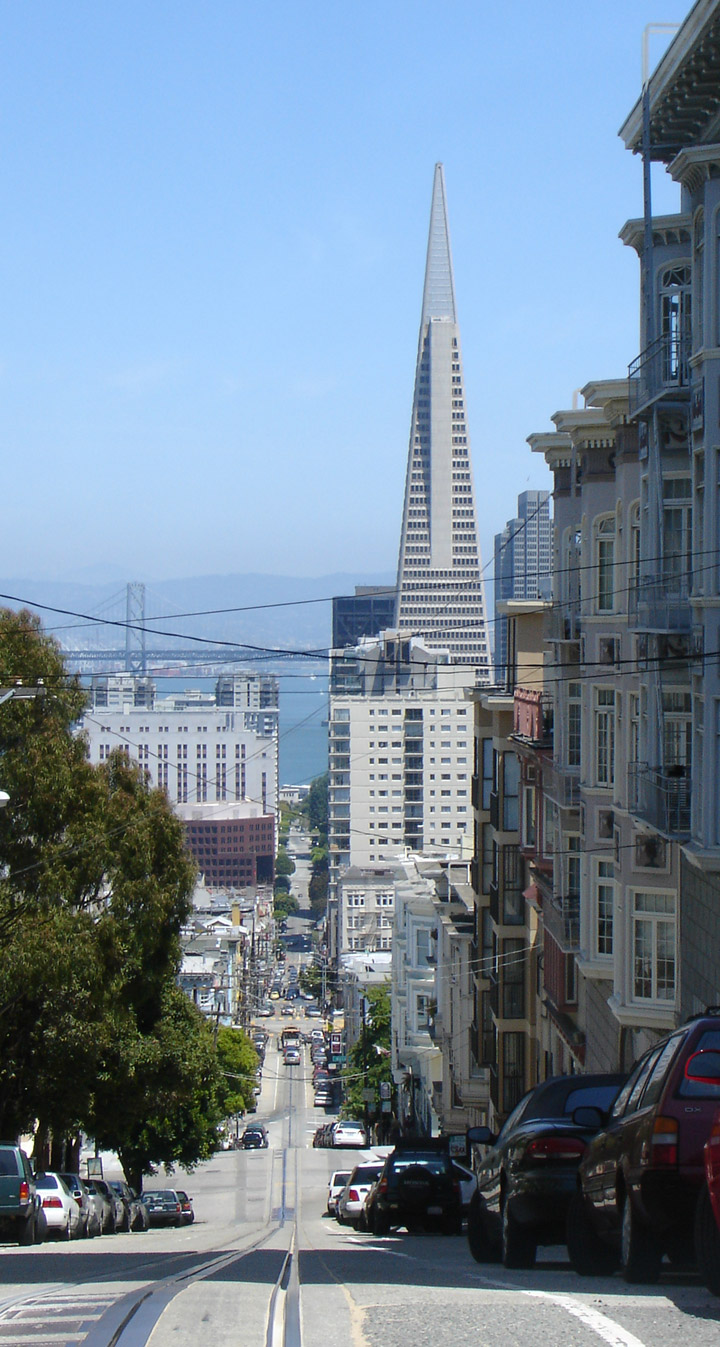 down the steep incline
Transamerica building in the background 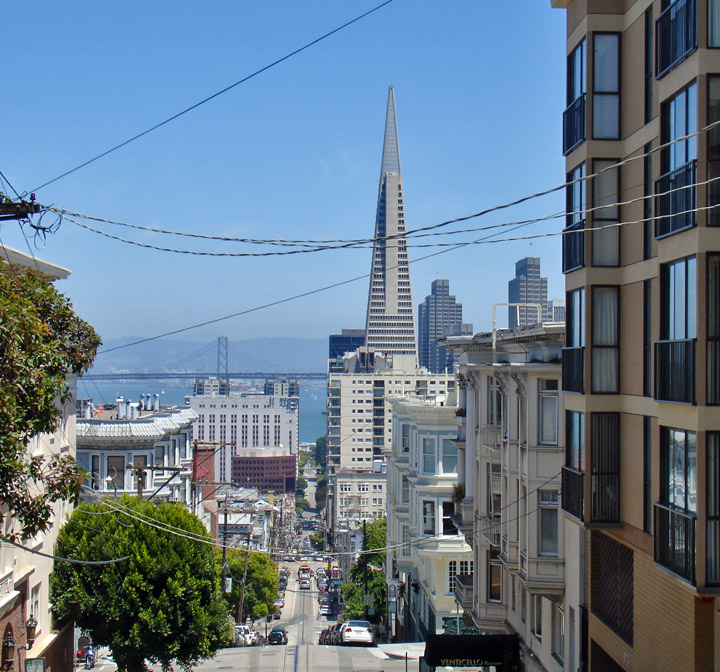 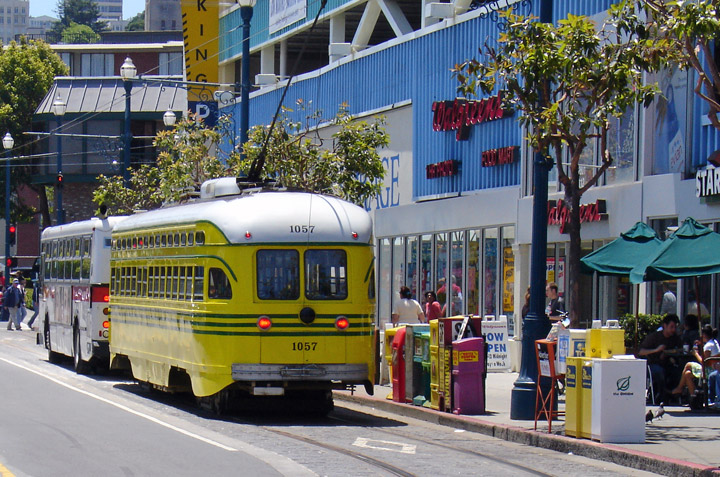 the trolley cars of San Francisco 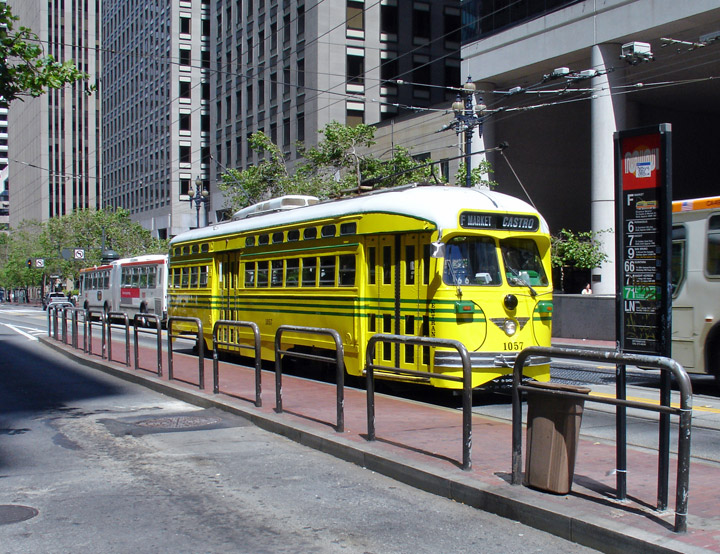 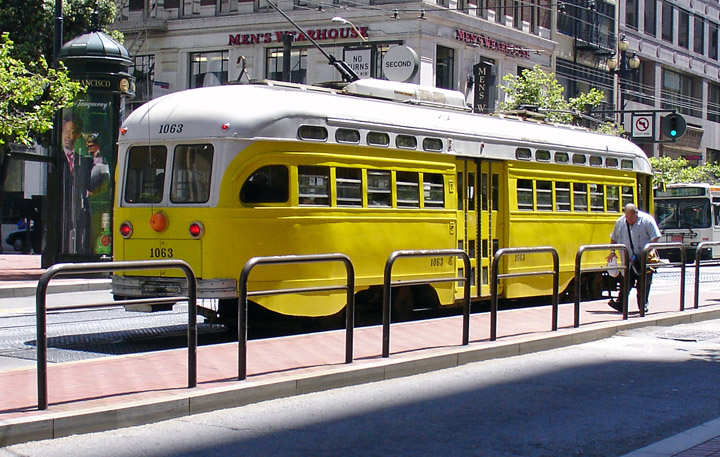 waiting at the intersection