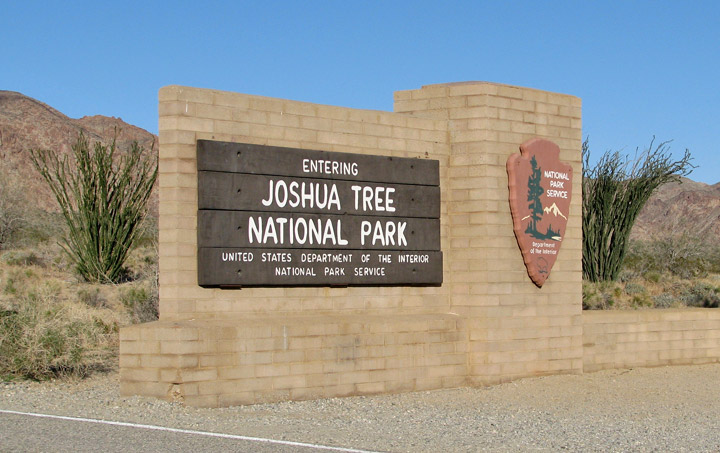 Joshua Tree National Park is located in southeastern California. Declared a U.S. National Park in 1994, it had previously been a U.S. National Monument since 1936. It includes over 1,234 mi² (3,196 km²) of land. A large part of the park is designated to wilderness area; some 914 mi² (2,367 km²). Straddling the San Bernardino County/Riverside County border, the park includes parts of two deserts, each an ecosystem whose characteristics are determined primarily by elevation. Below 3,000 feet (900 m), the Colorado Desert encompasses the eastern part of the park and features natural gardens of creosote bush, ocotillo, and cholla cactus. The Little San Bernardino Mountains run through the southwest edge of the park. 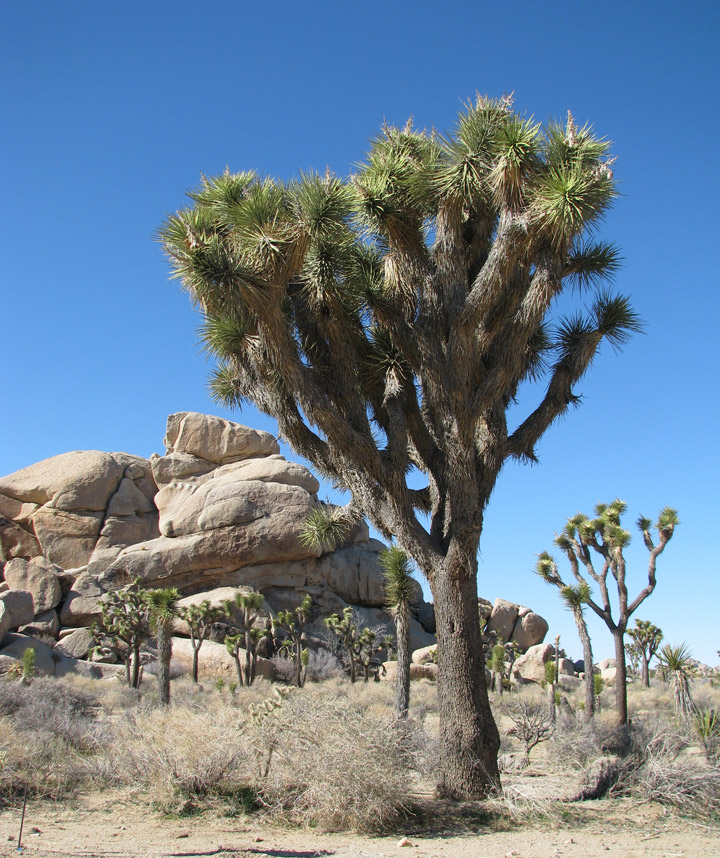 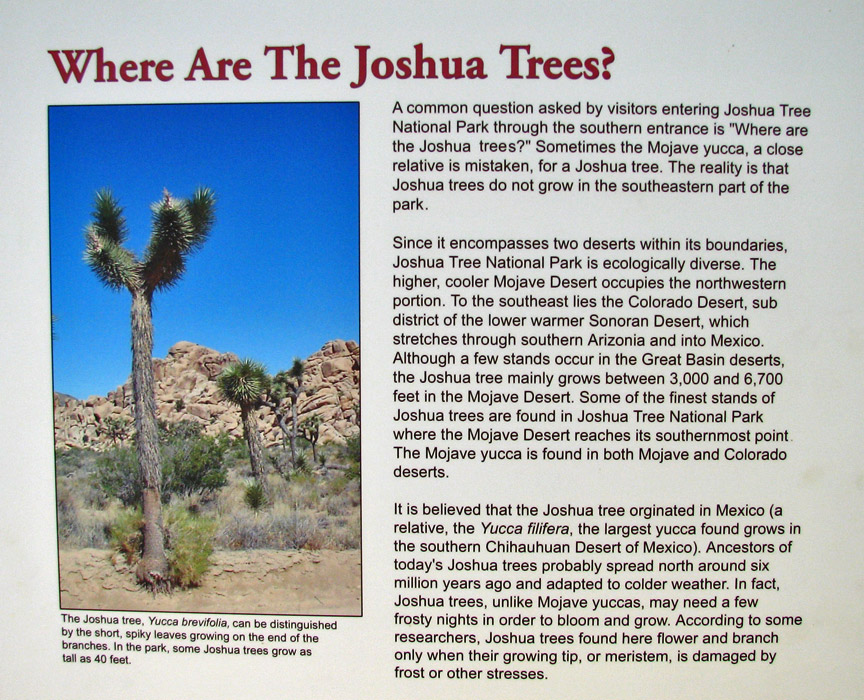 Where Are The Joshua Trees ?

The higher, moister, and slightly cooler Mojave Desert is the special habitat of the Joshua tree (see Yucca brevifolia), from which the park gets its name. In addition to Joshua tree forests, the western part of the park includes some of the most interesting geologic displays found in California's deserts. The dominant geologic features of this landscape are hills of bare rock, usually broken up into loose boulders. These hills are popular amongst rock climbing and scrambling enthusiasts. The flatland between these hills is sparsely forested with Joshua trees. Together with the boulder piles and Skull Rock, the trees make the landscape otherworldly. Five Washingtonia fan palm oases in the park are the few areas where water occurs naturally and wildlife abounds. 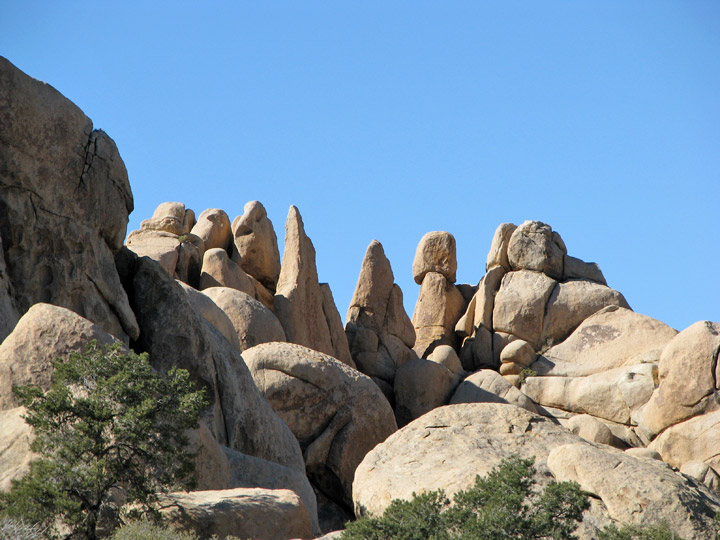 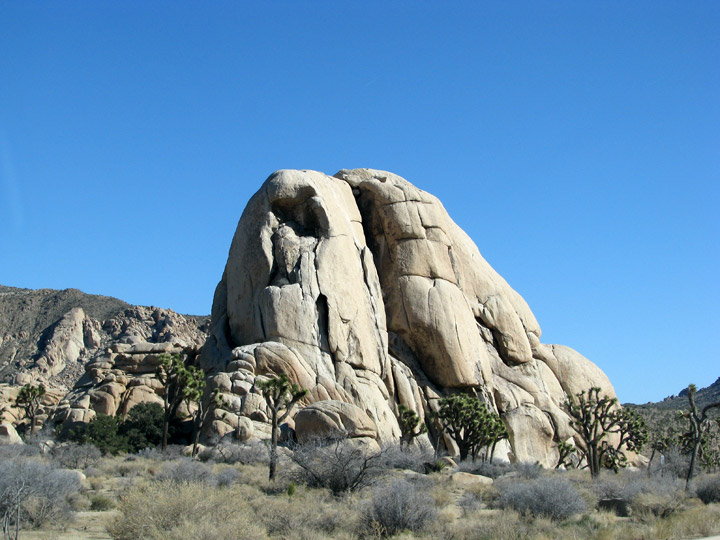 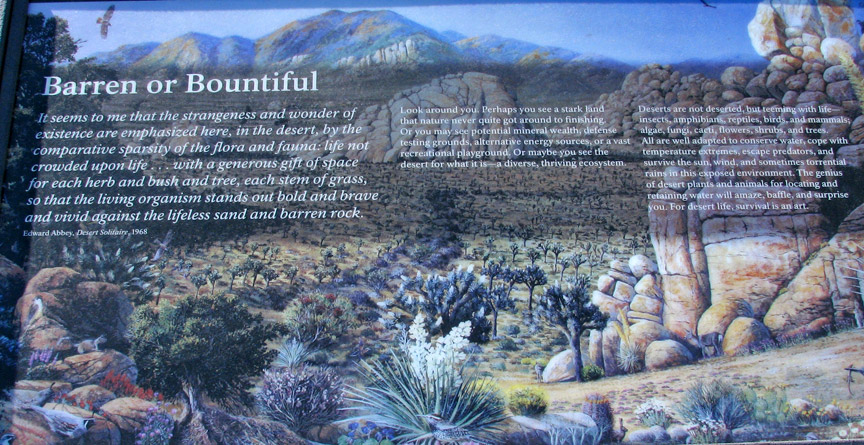 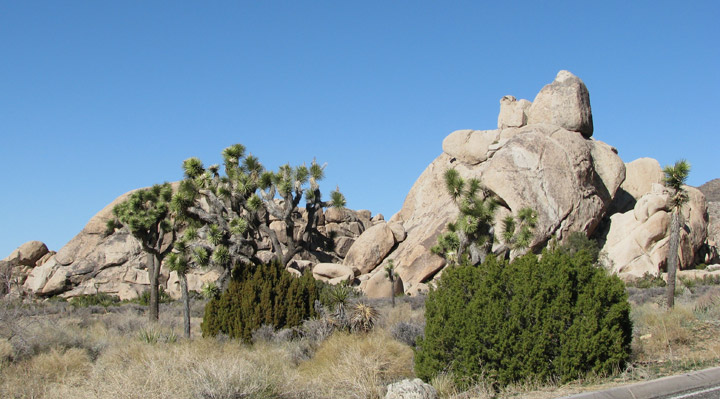 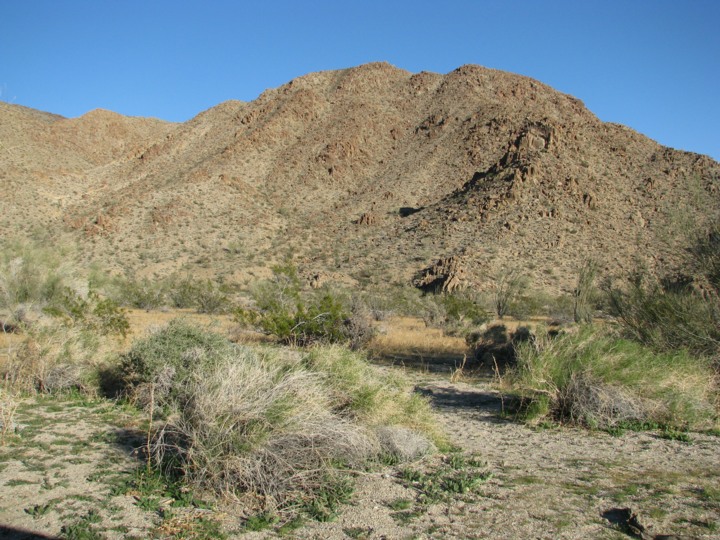 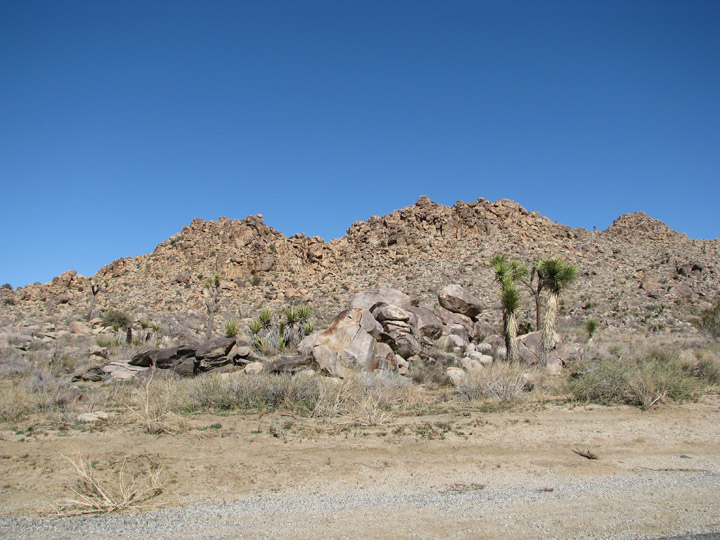 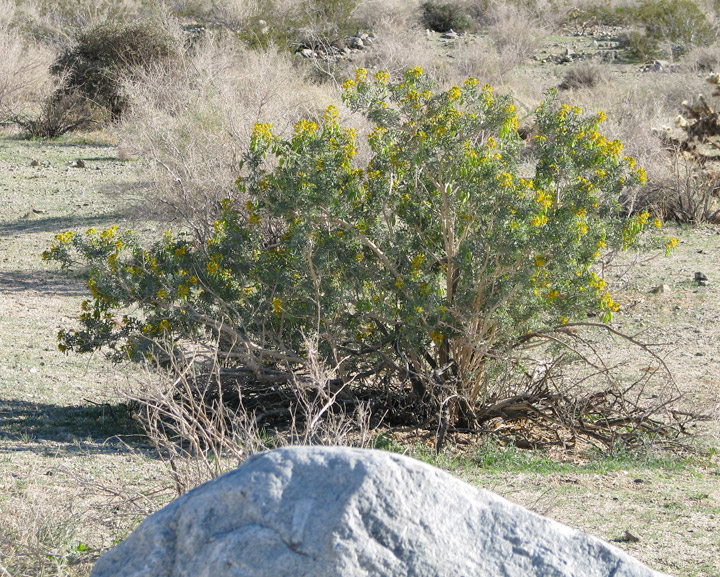 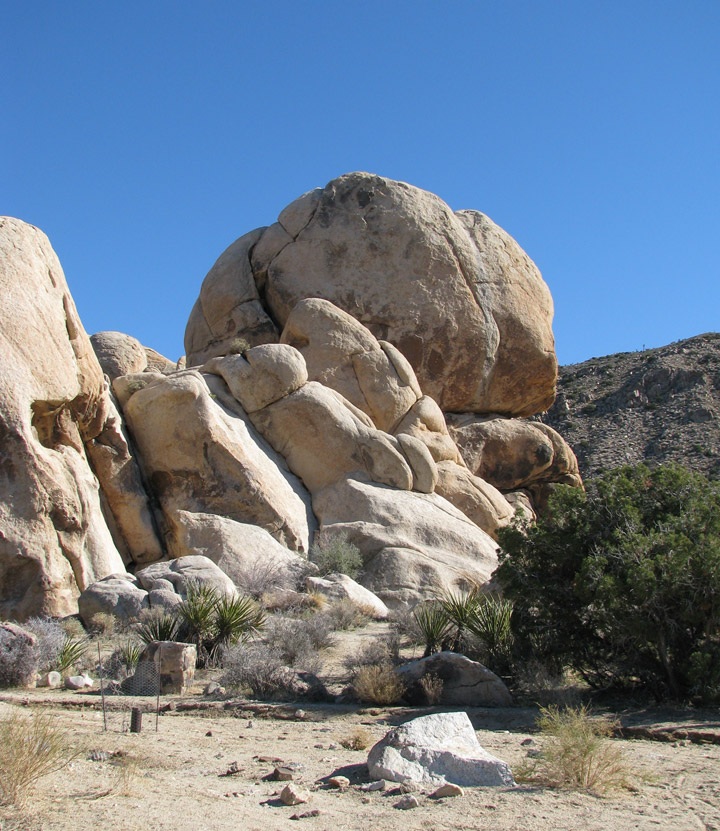 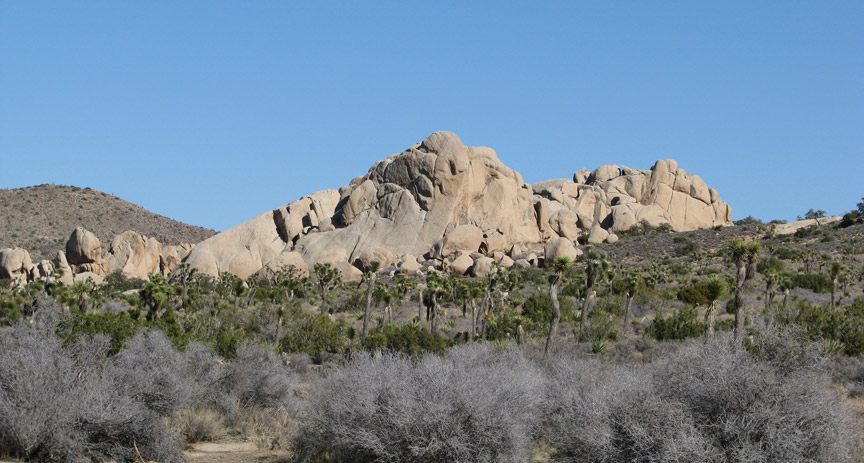 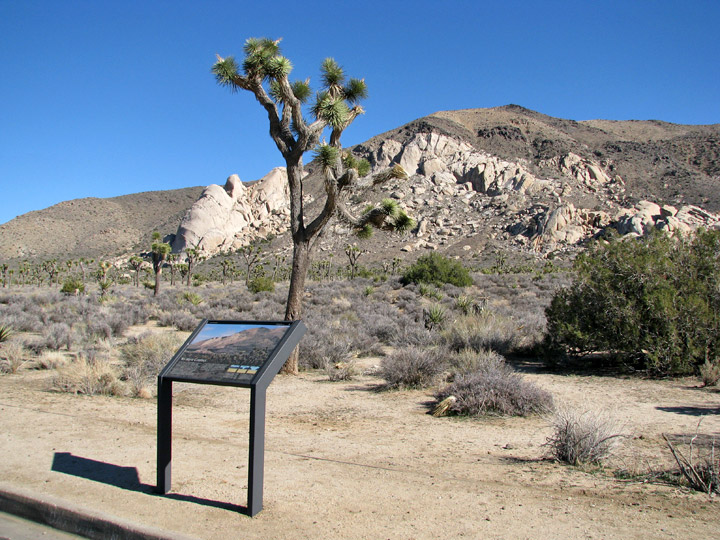 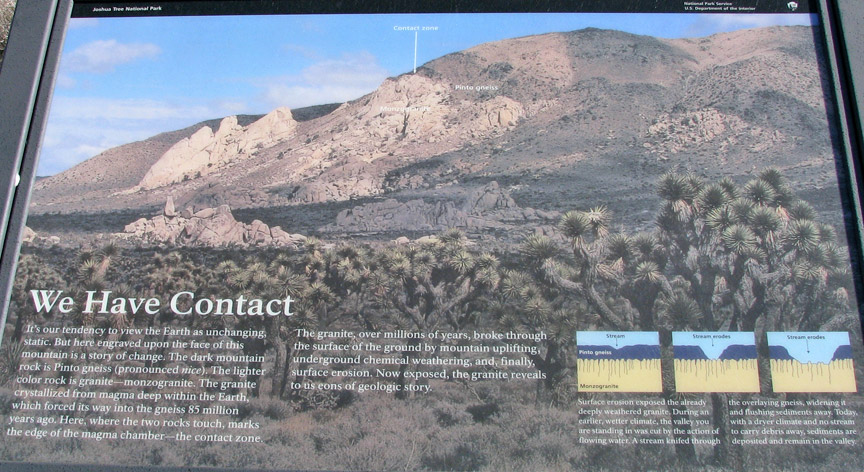 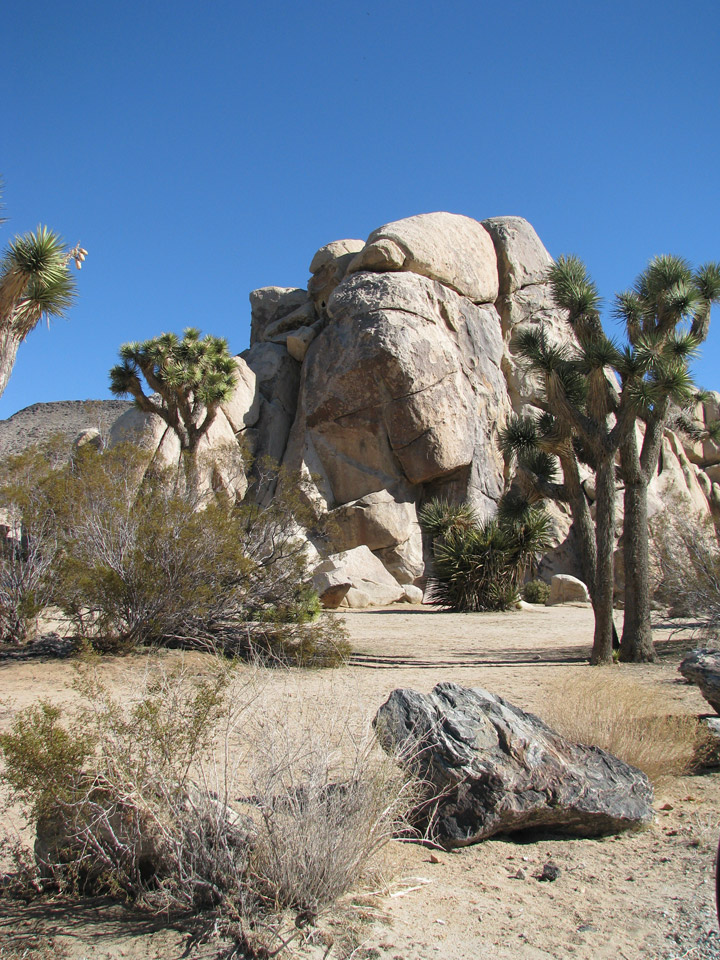 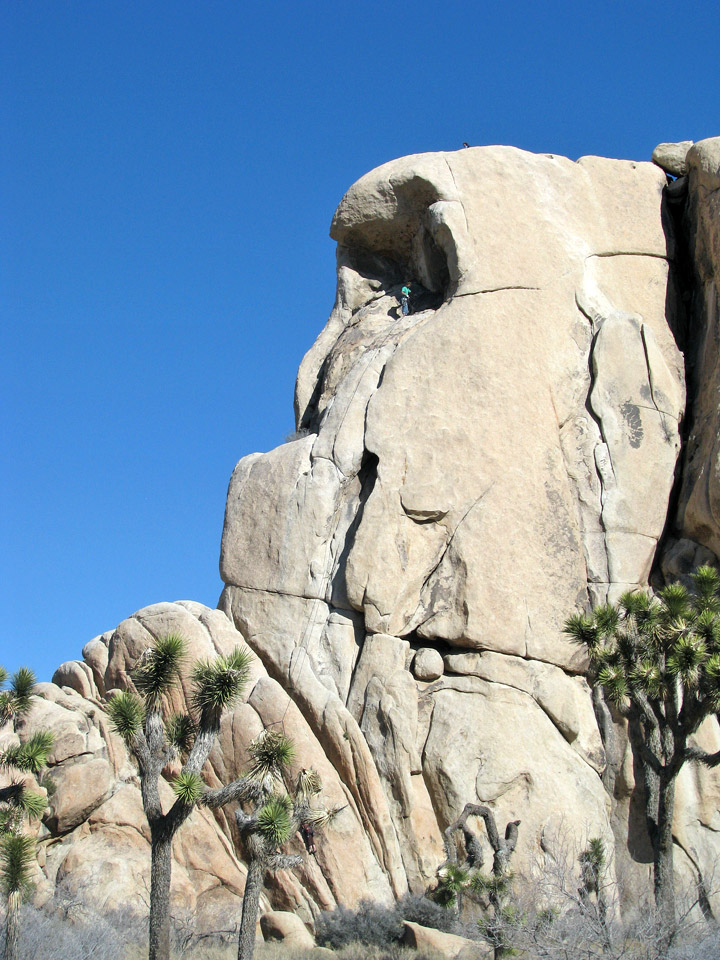 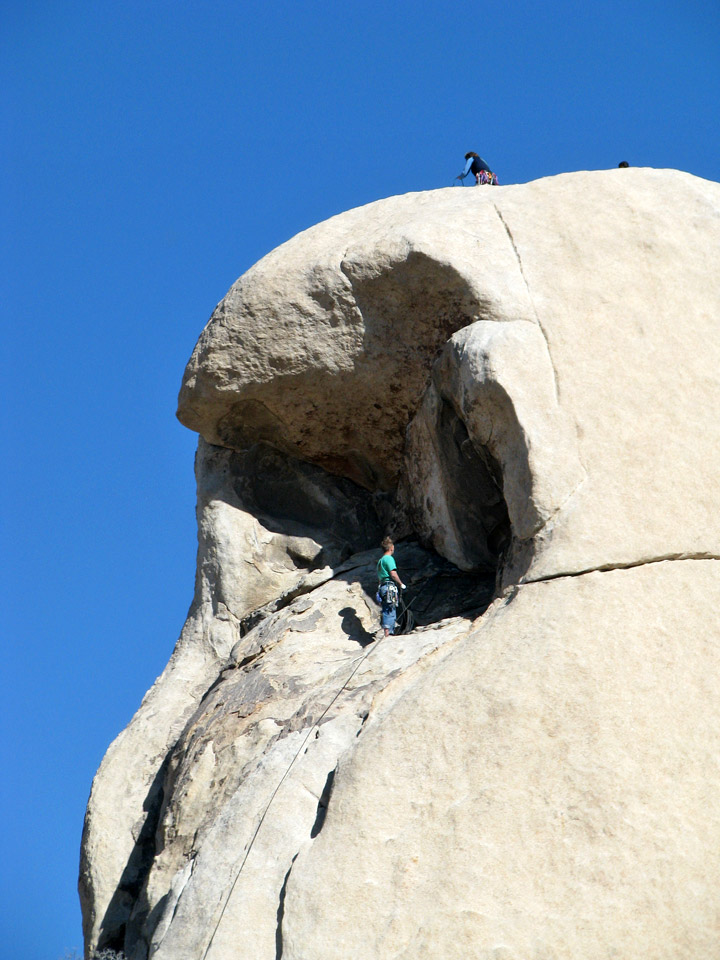 one on top of the rock 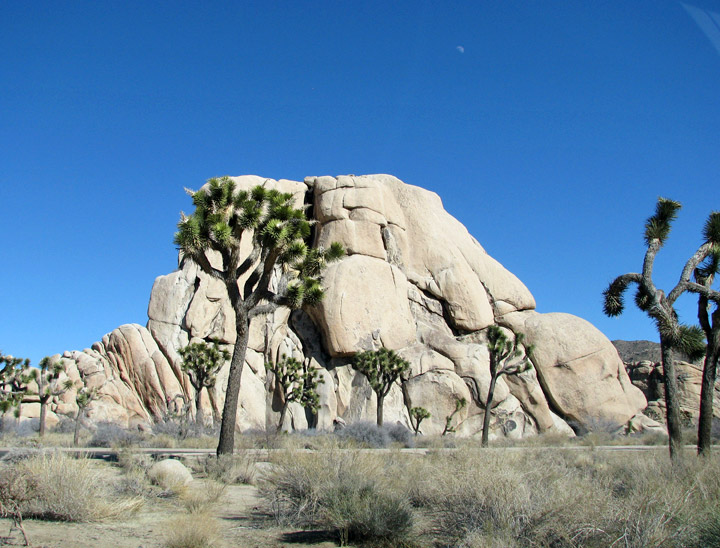 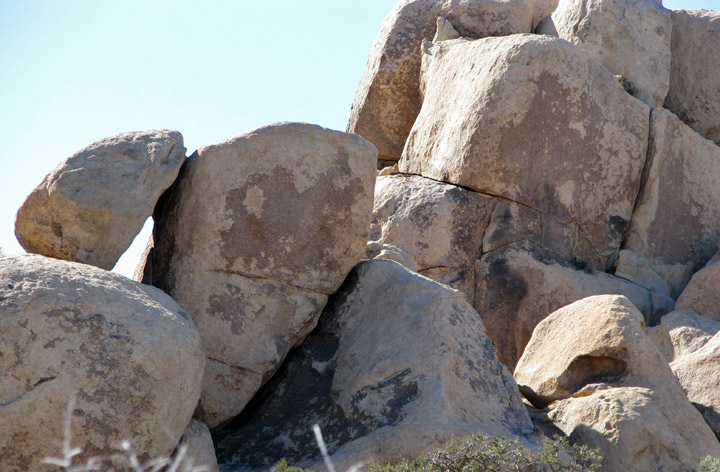 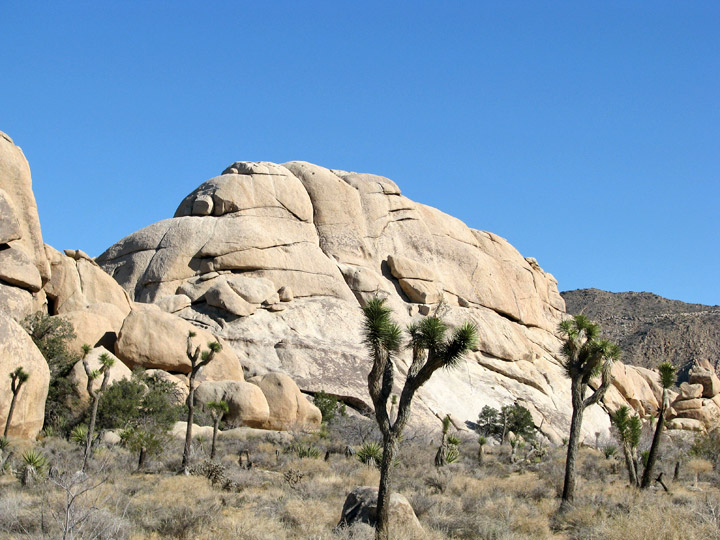 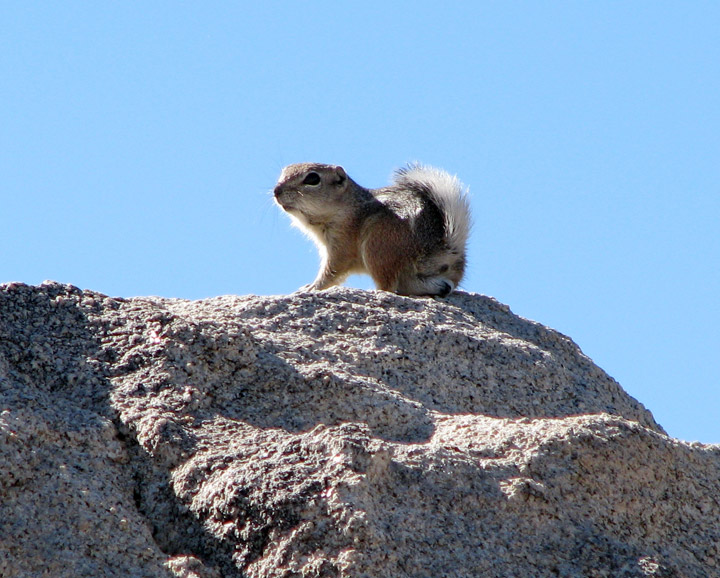 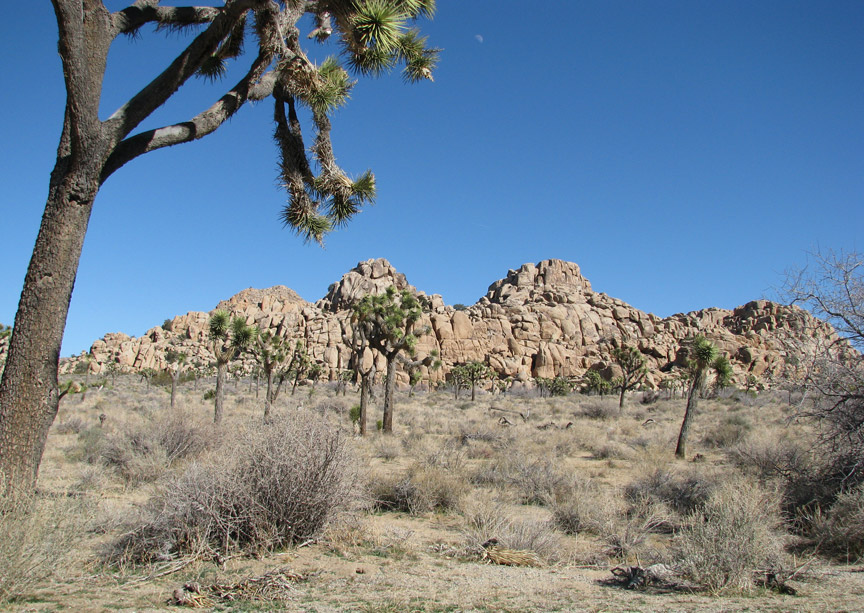 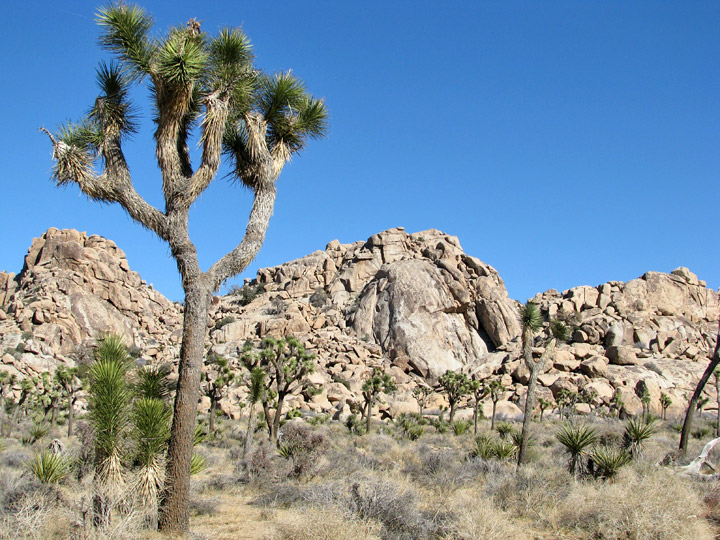 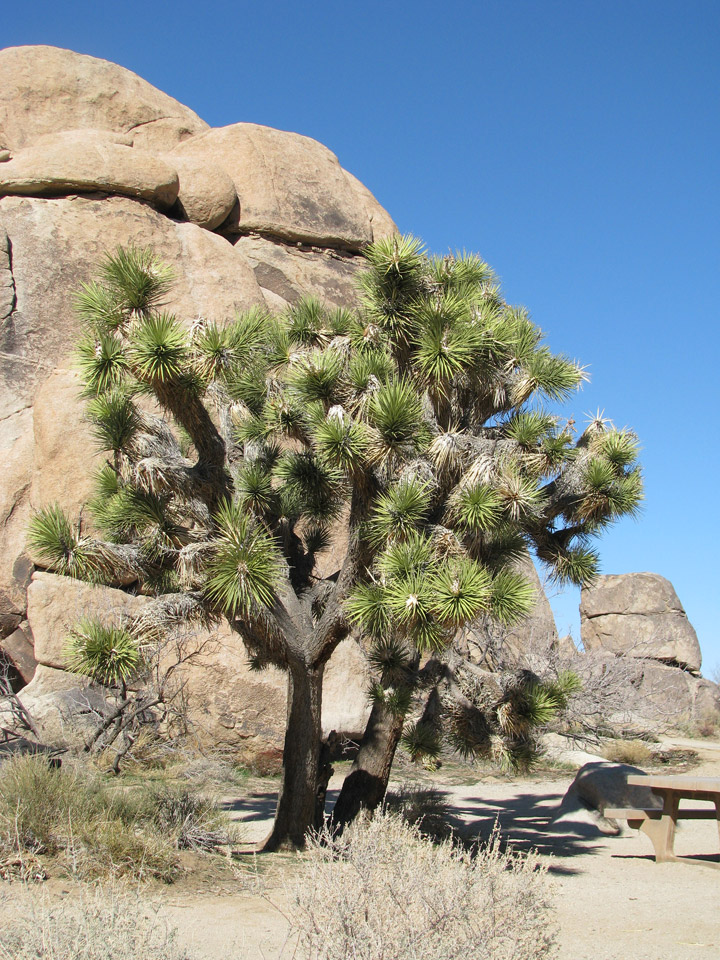 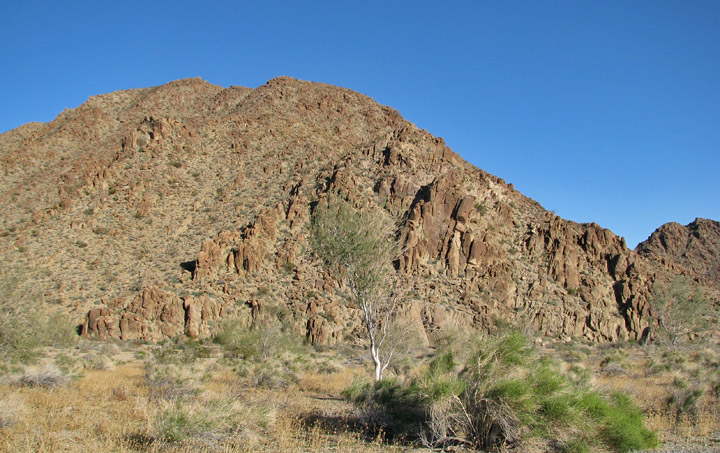 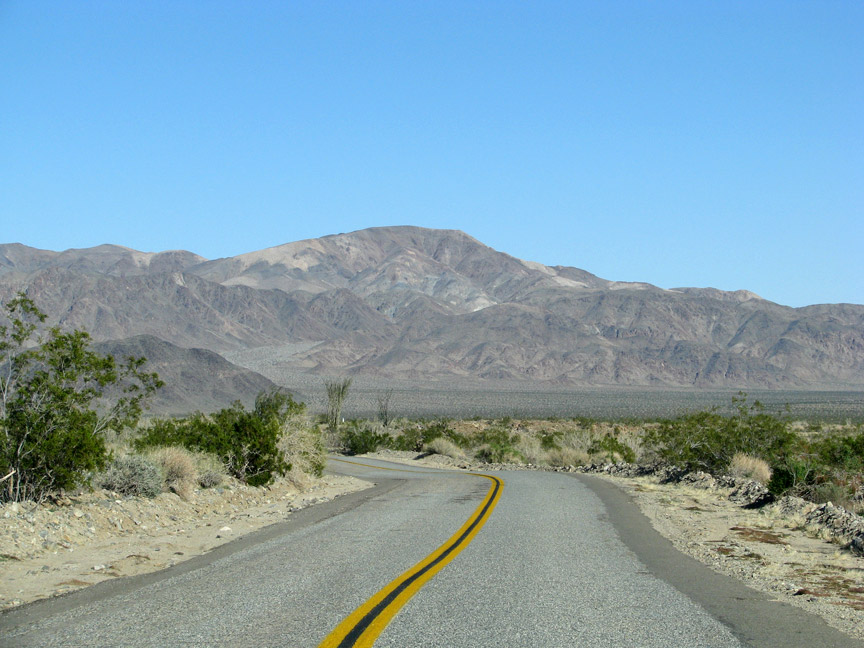 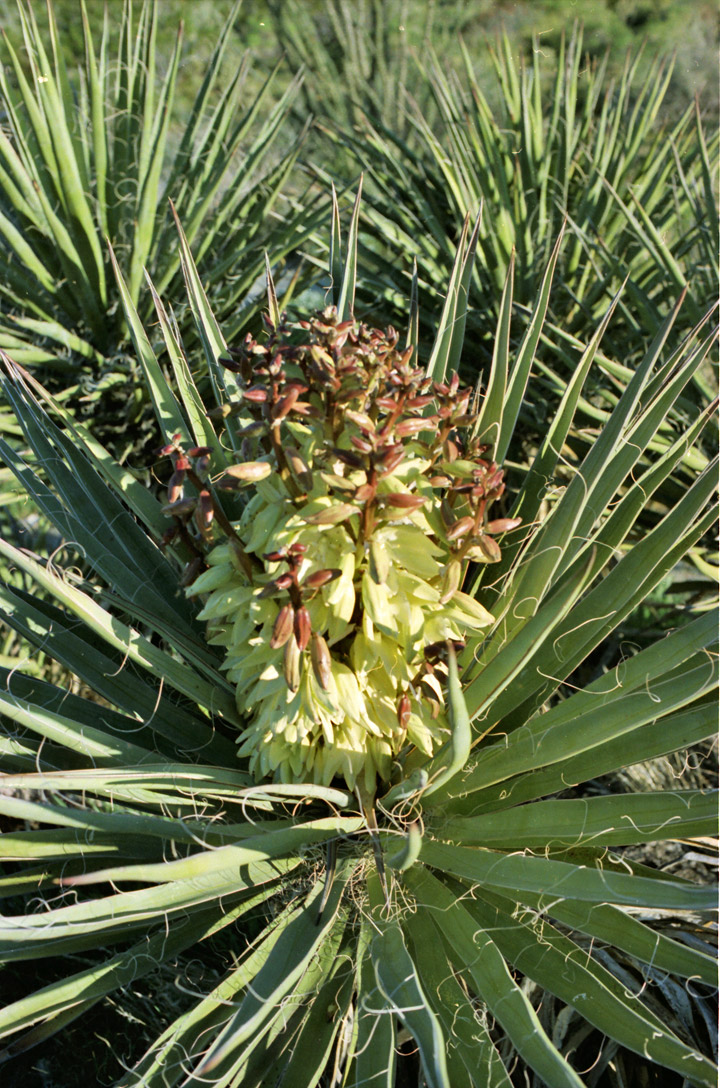 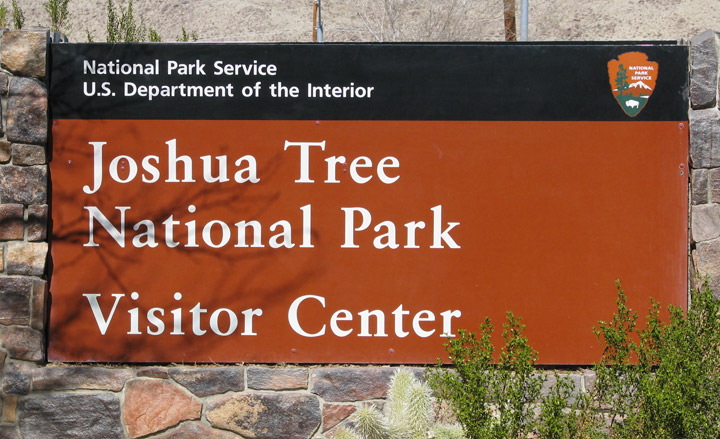