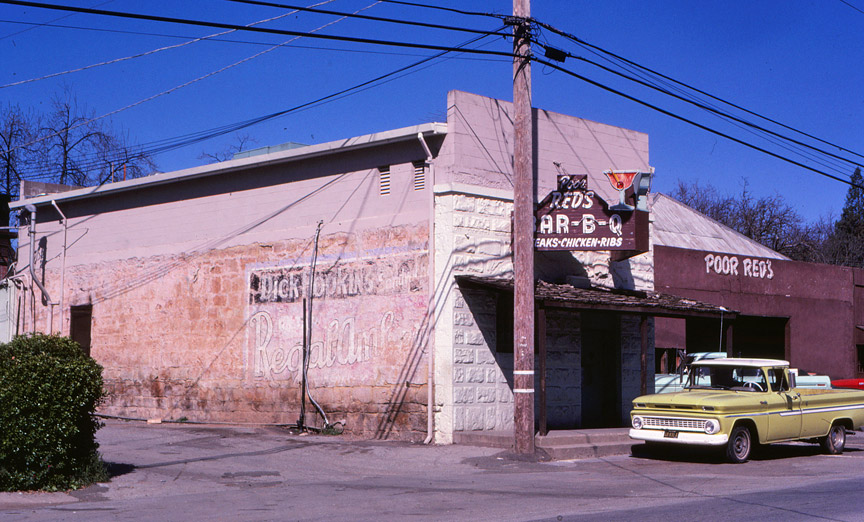 The story of old Hangtown really begins at Coloma, where James Marshall built a sawmill on the South Fork of the American River for his employer John Sutter. On January 24, 1848, Marshall discovered flecks of gold in the tail race of the mill, and when the news spread, the great Gold Rush began. 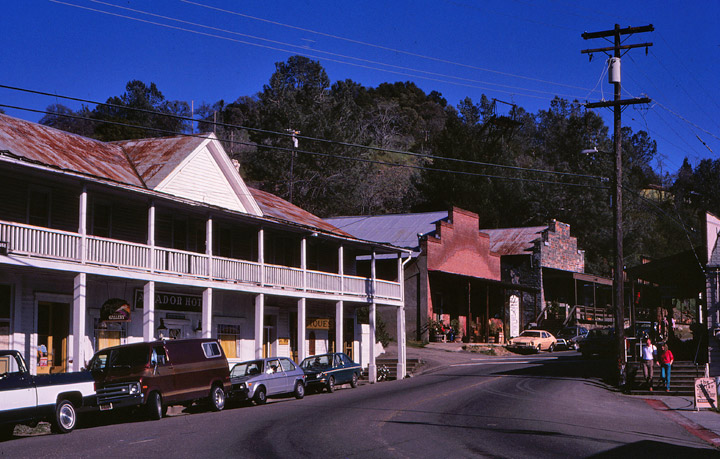 Up ravines and over hills miners and merchants, soldiers and seamen scrambled throughout the area. By the summer of ‘48, more than a thousand men were working the ground at the new camp, which soon placed Coloma as the initial rendezvous for the Argonauts. But not all the newcomers were interested in gathering their share of the plentiful wealth by such back-breaking labor. Murders and robberies became frequent in isolated camps along the American River, and before long, several merchants and miners had lost their poke of gold at knife point. 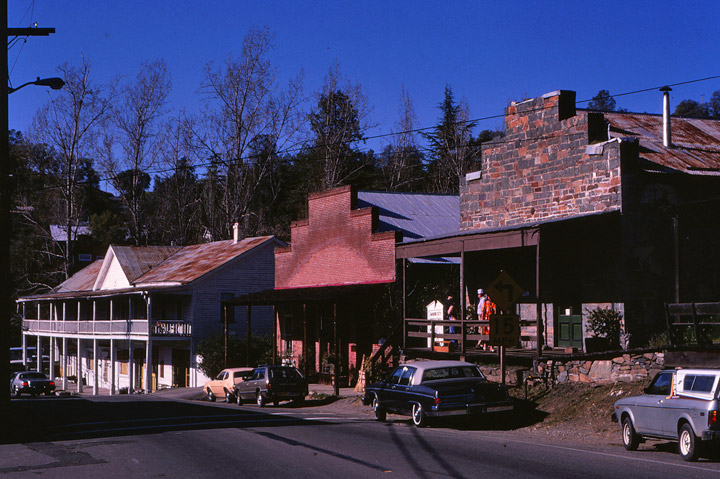 After one such crime early in 1849, an impromptu citizens’ jury met to consider the fate of the three accused. The jury wasted little time reaching a verdict. Then the question was asked, “What shall be done with them?” Someone shouted, “Hang them!” The majority were in agreement. And so it was that the first known hanging in the Mother Lode that was carried out. The site was a giant white oak in the corner of hay yard near the center of town. The word spread quickly and Old Dry Diggins soon became known as Hangtown due to several other hangings. (It was called Dry Diggins because the miners had to cart the dry soil down to the running water to wash out the gold). Today, only the tree stump remains, hidden in the cellar of a bar on Main Street in Placerville named -quite aptly - “The Hangman’s Tree”. 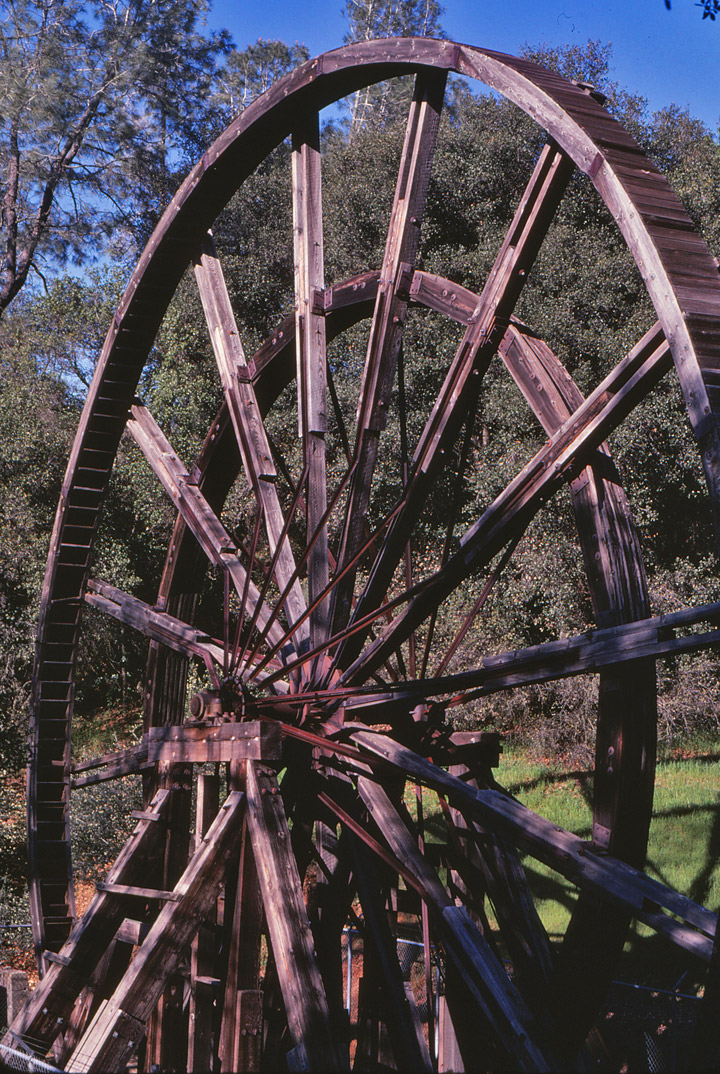 huge water wheel at a gold mine

By 1854, Hangtown had become the third largest town in California, surpassed only by San Francisco and Sacramento. Los Angeles was in 15th place with a mere 541 voters. With the increasing population came a temperance league, a Methodist Episcopal church and agitation for a less morbid name. Placerville had been suggested as early as 1850. It became official when the city was incorporated in 1854. The same year, an election was held to try to wrestle the county seat of government away from Coloma, but Placerville was not the only competitor. Three other communities joined in the running. Among the rivals none could muster enough votes to upset Coloma. 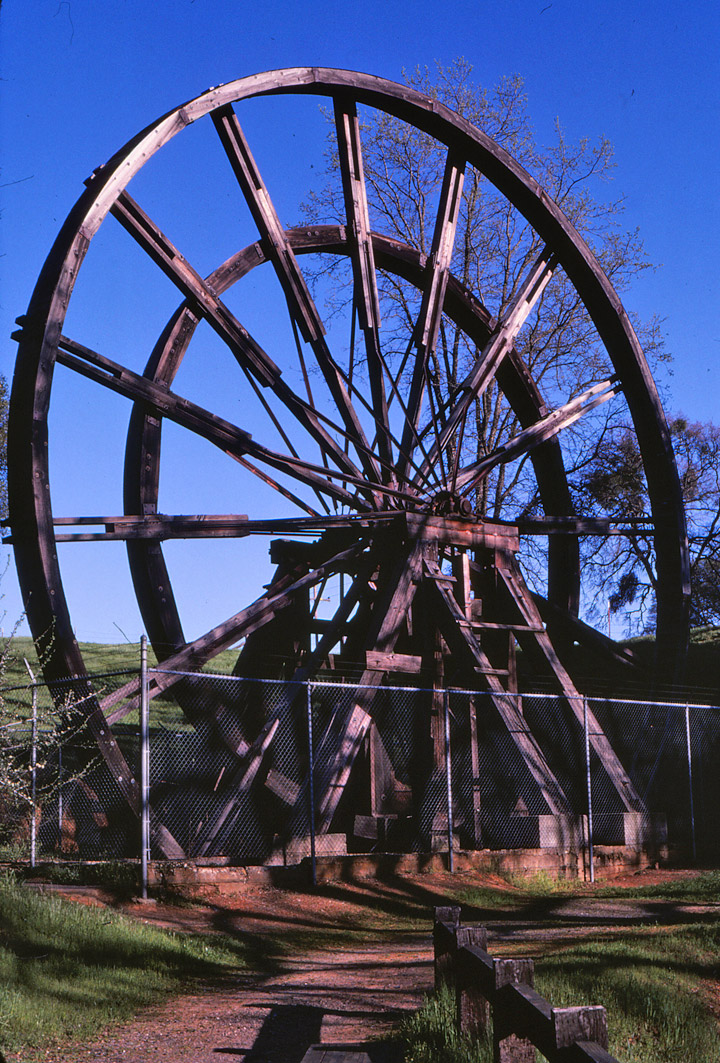 Two years later, Placerville tried again, and this time the contest was limited to just the two towns. Again, the official vote showed Coloma the victor, but a group of indignant Placerville citizens called a meeting to air their suspicions of ballot box stuffing and election fraud. 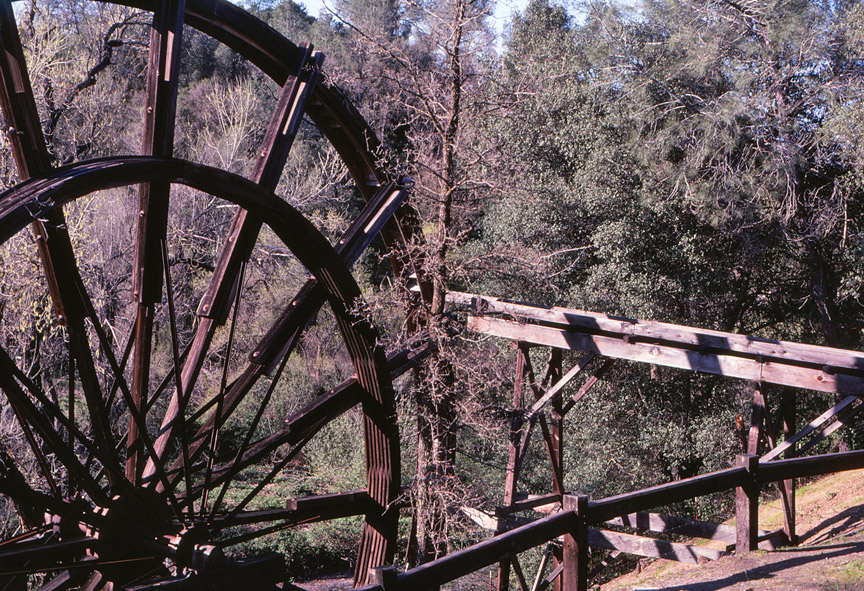 Apparently, the evidence supporting the charges was sufficient to convince the State Legislature to settle the matter once and for all. So, by an act of the Legislature, the county seat was moved to Placerville 1857. 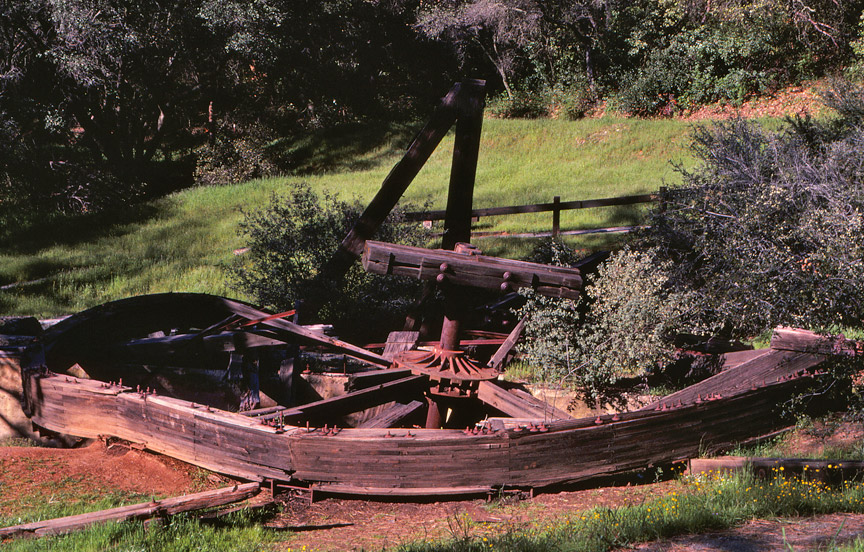 On July 6, 1856, Placerville was nearly destroyed by a fire, and as local mining declined, Placerville gained new life from the Comstock silver strike in Nevada in 1859. Throughout the 1850’s Placerville had been the western terminus for the Overland Trail. The year 1859 saw the new beginning of a massive reverse migration. From 1859 to 1866, the Placerville-Carson Road (later U.S. Highway 50 was built) witnessed the greatest era of freighting and staging by horse-drawn vehicles ever known. Due to dispute with the railroad, the City of Placerville disbanded in 1873 and incorporated again in 1900. 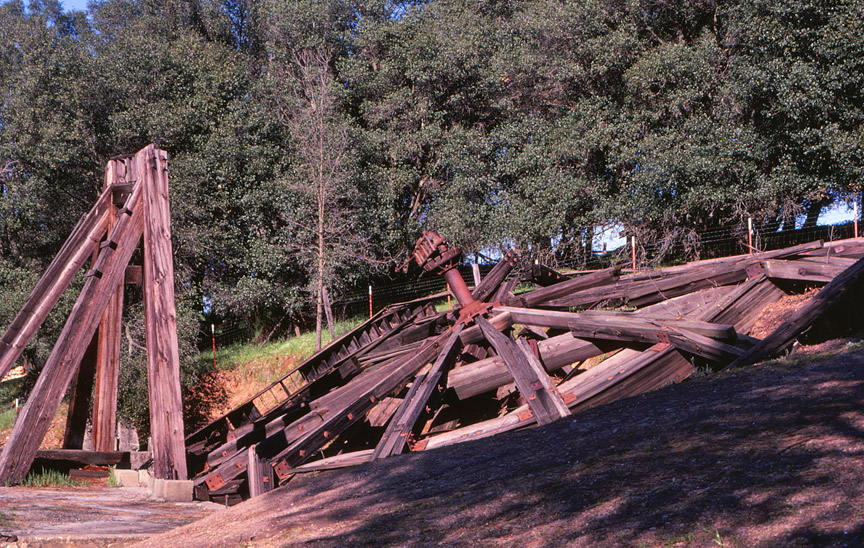 Today Placerville remains the hub of the Mother Lode. The industry has turned from mining to lumber, agriculture, light manufacturing, tourism and recreation and is famous for its vineyards and production of fine wines. Placerville remains the location of the offices of the El Dorado County government, but when the city and its rich history are recalled, it is the colorful name of Hangtown which has endured.