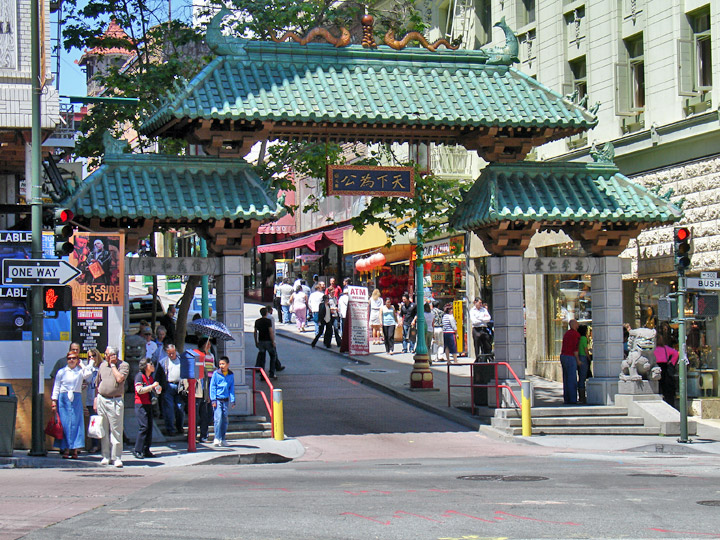 The green and ochre gate, known as the Gateway to Chinatown, opened in 1970.

San Francisco's Chinatown begins at the dragon-crested gate at Grant Avenue and Bush Street,
a gift from the Republic of China in 1969.

San Francisco's Chinatown is one of the largest Chinese communities outside Asia.
Chinatown's many restaurants, food markets, and souvenir stores attract hordes of tourists. 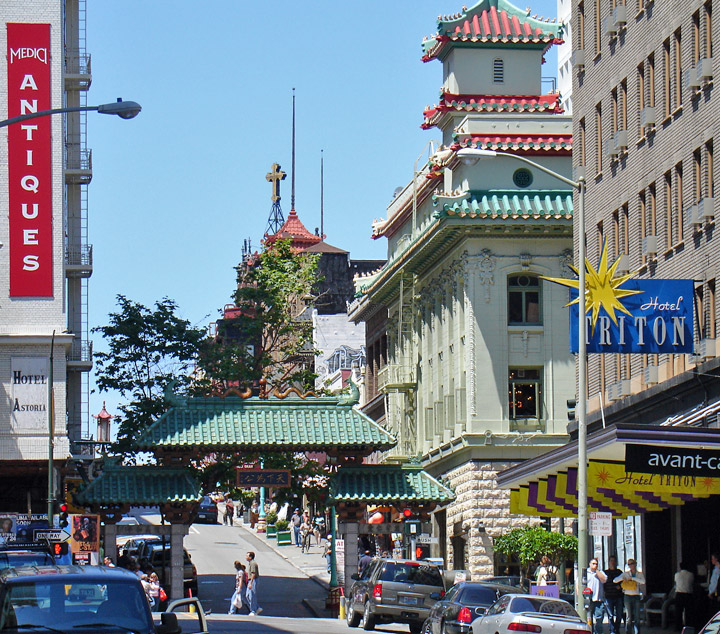 up the hill into Chinatown 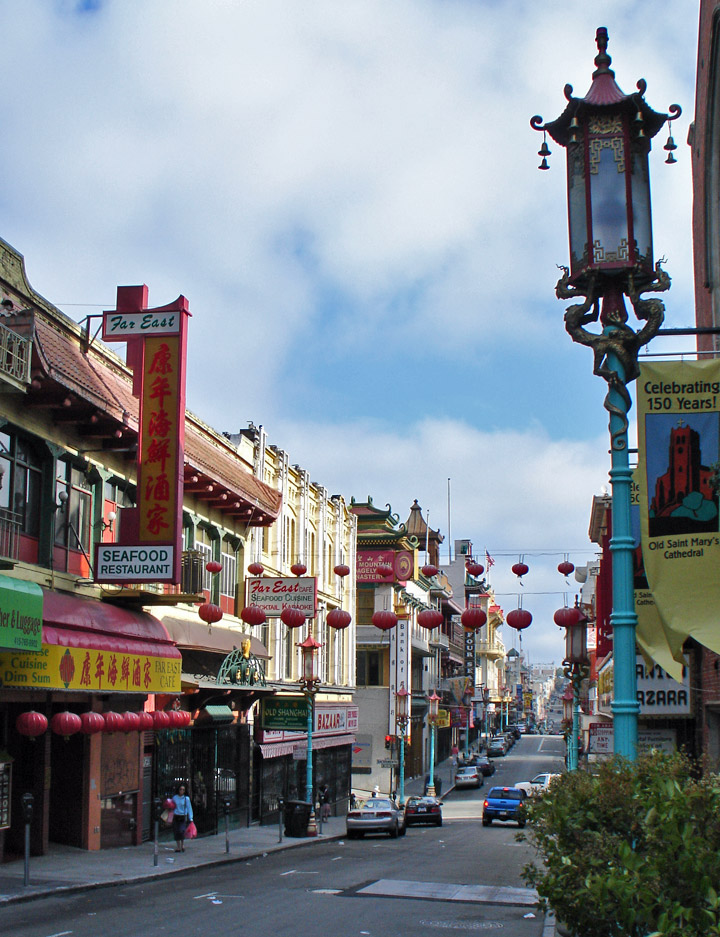 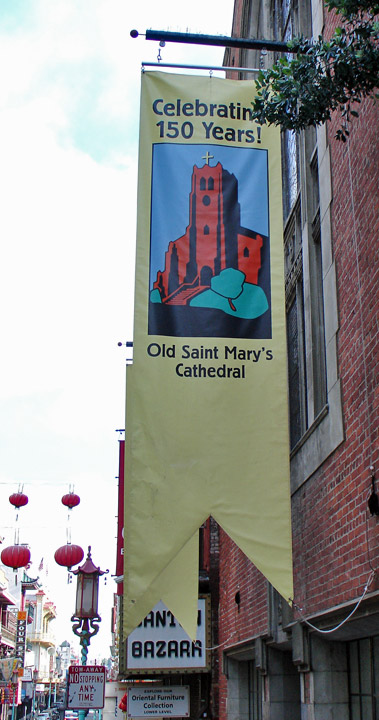 The first building erected as a cathedral in California, Old St. Mary's served the archdiocese of San Francisco in that capacity from 1854 to 1891. Once the city's most prominent building, much of its stone work was quarried and cut in China and its brick brought "around the Horn" in sailing ships. 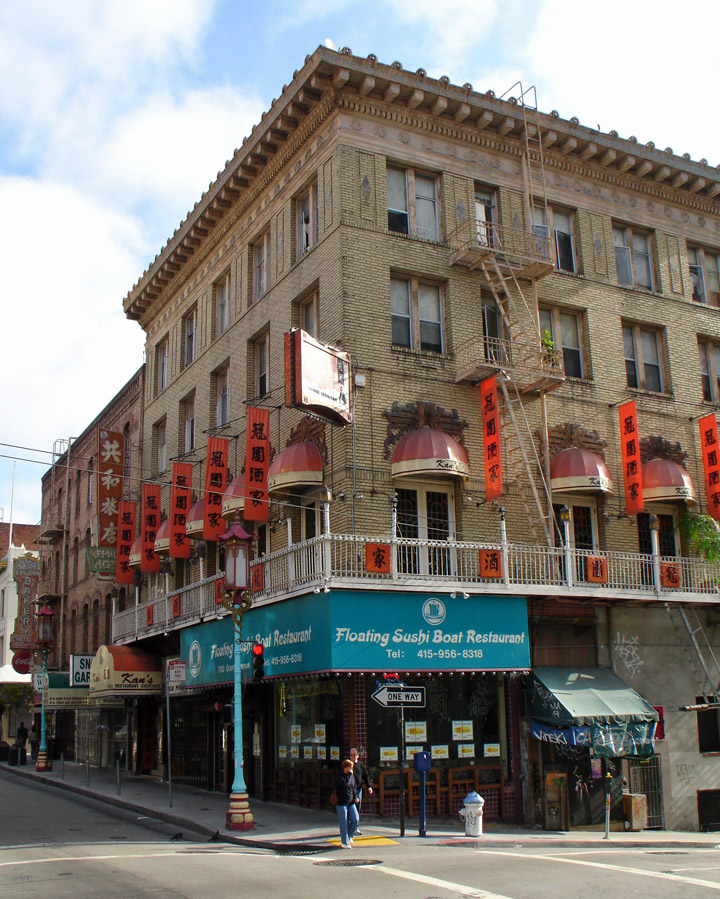 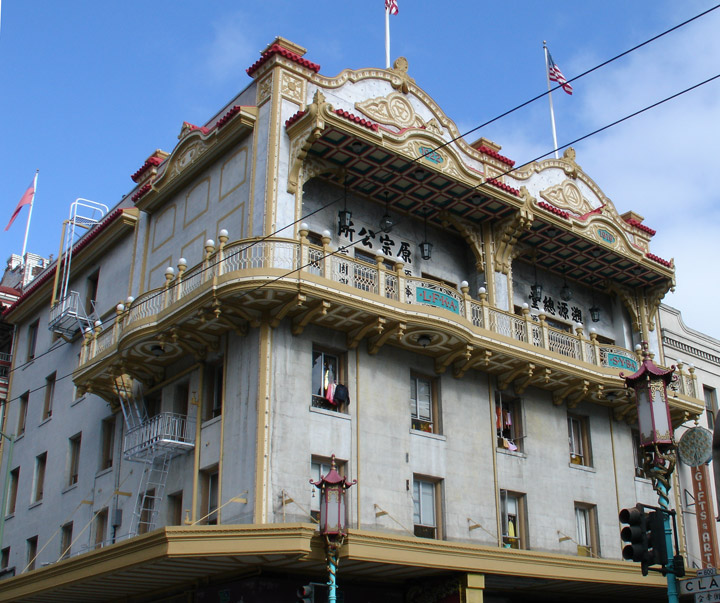 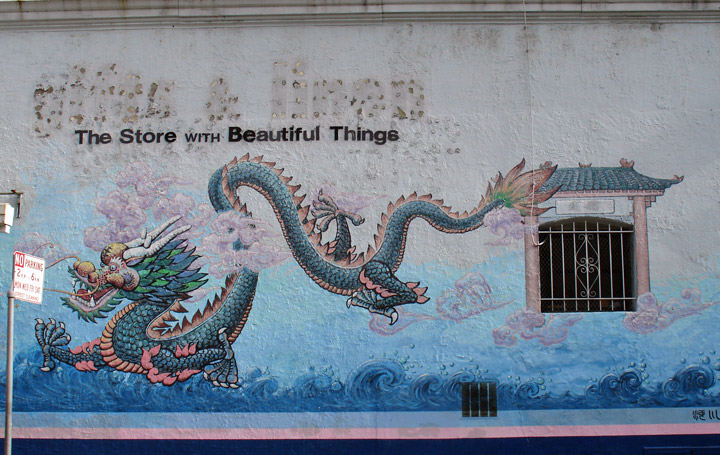 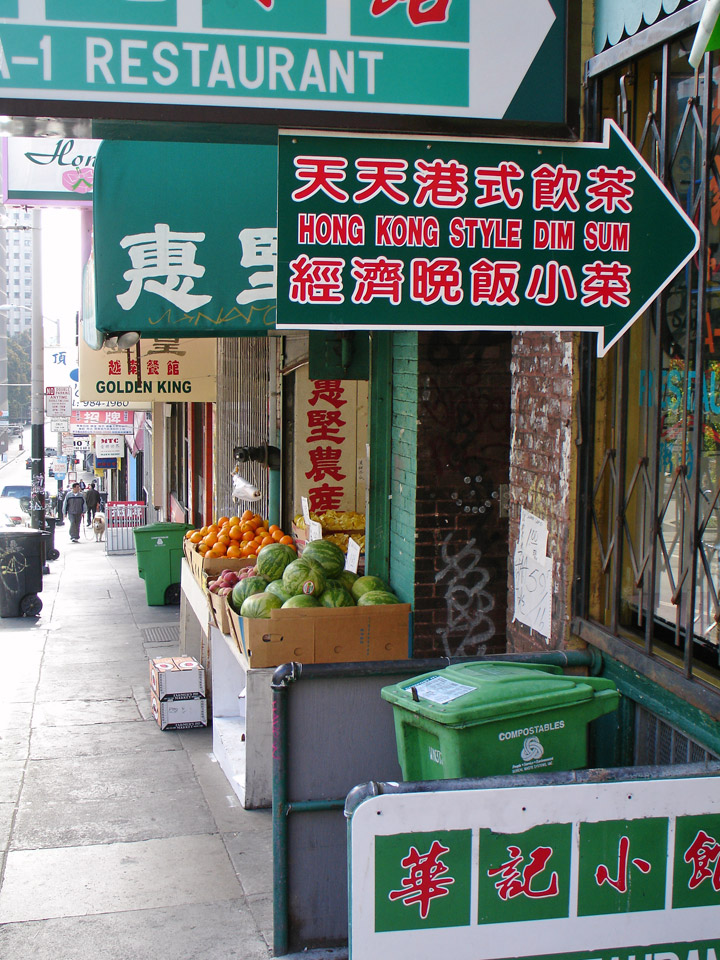 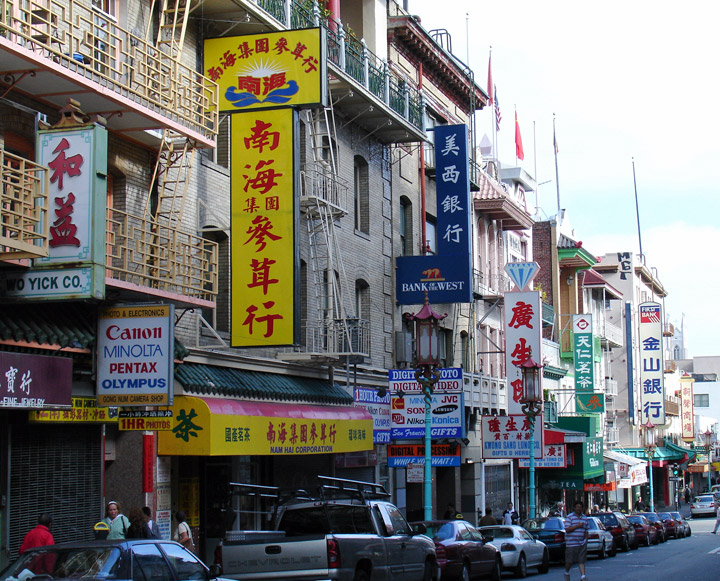 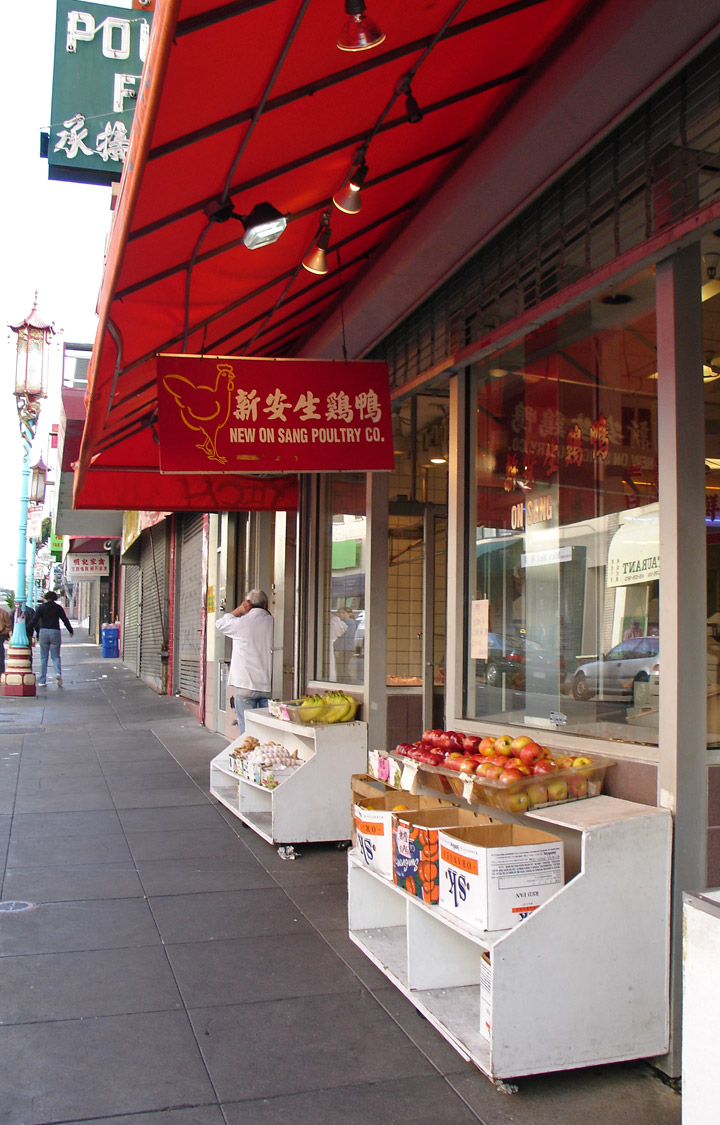 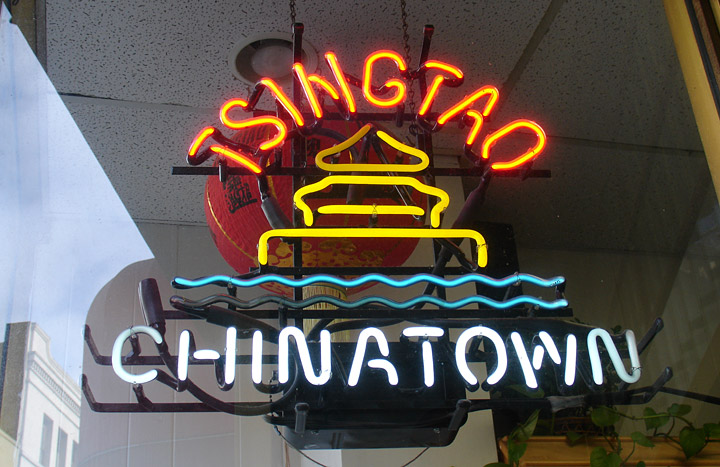 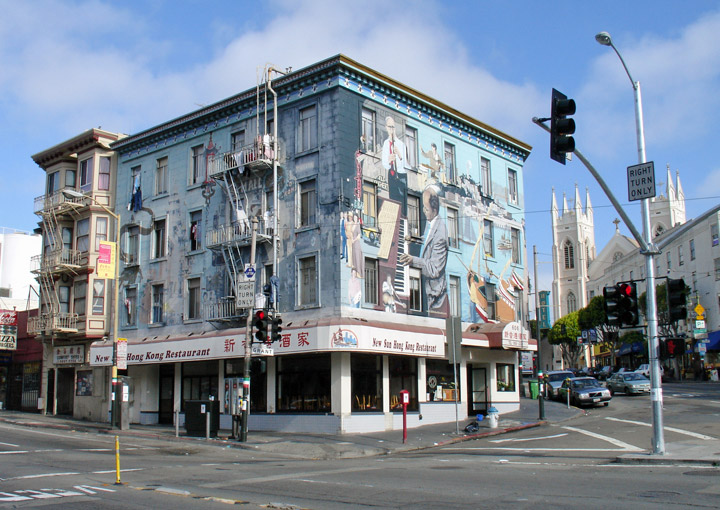 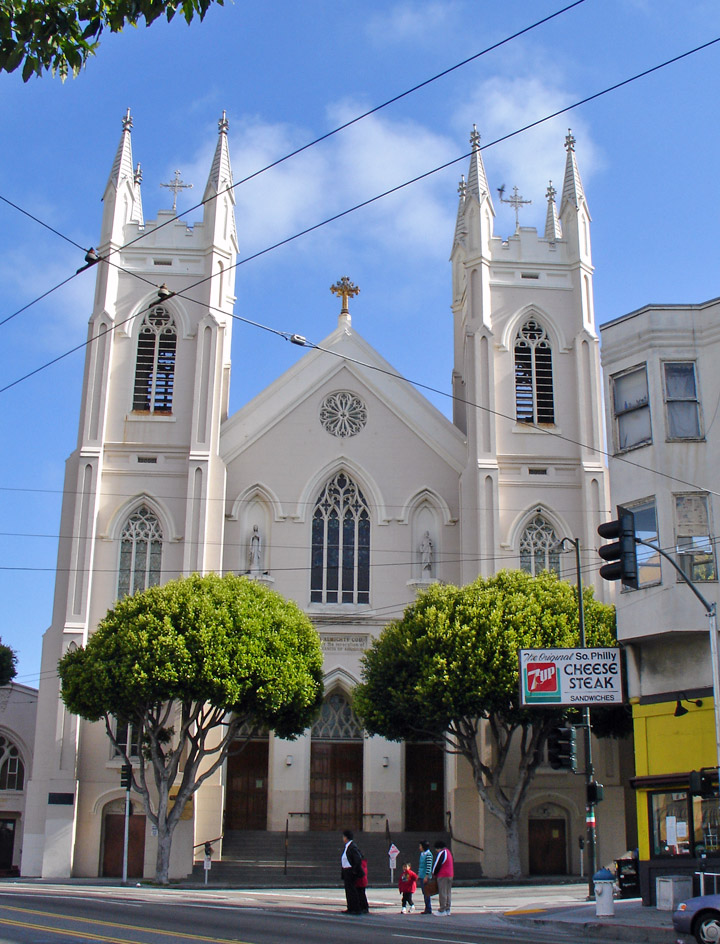 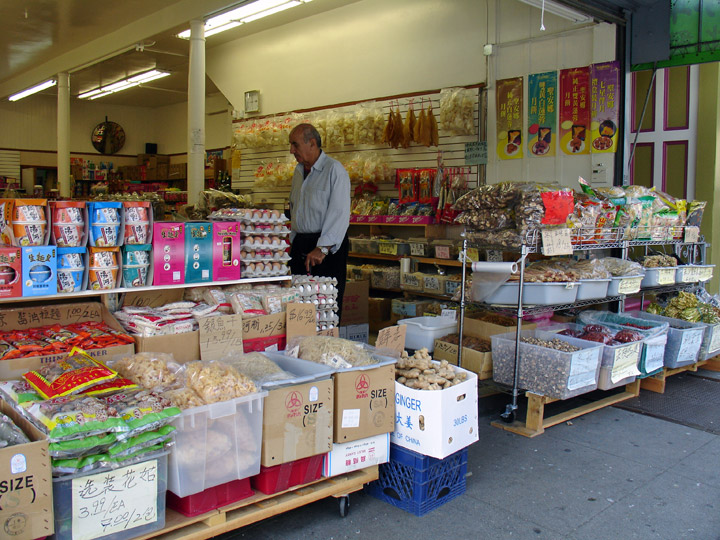 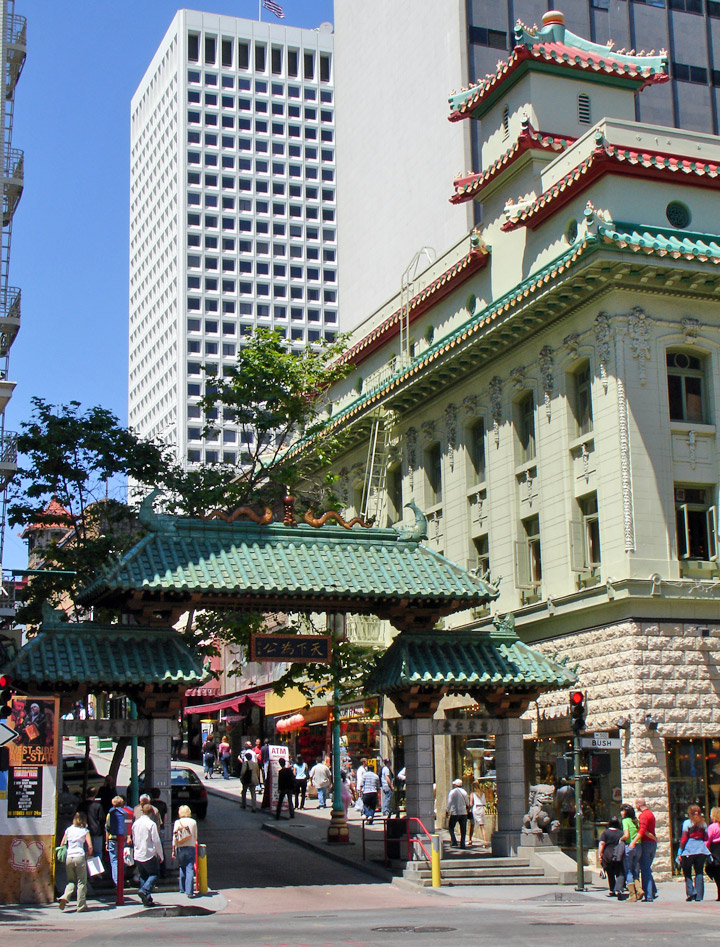 back on Grant Avenue 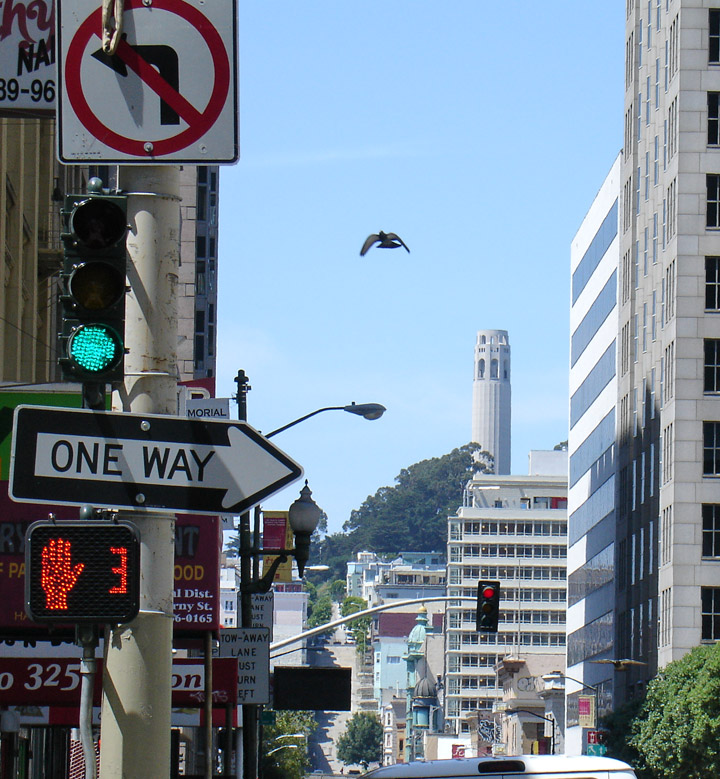 looking toward telegraph hill and the Coit tower