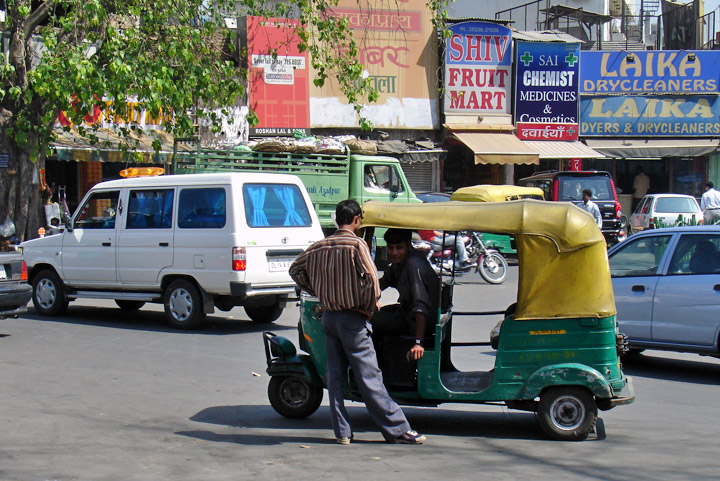 powered by a two-cycle motorcycle engine, made by Bajaj 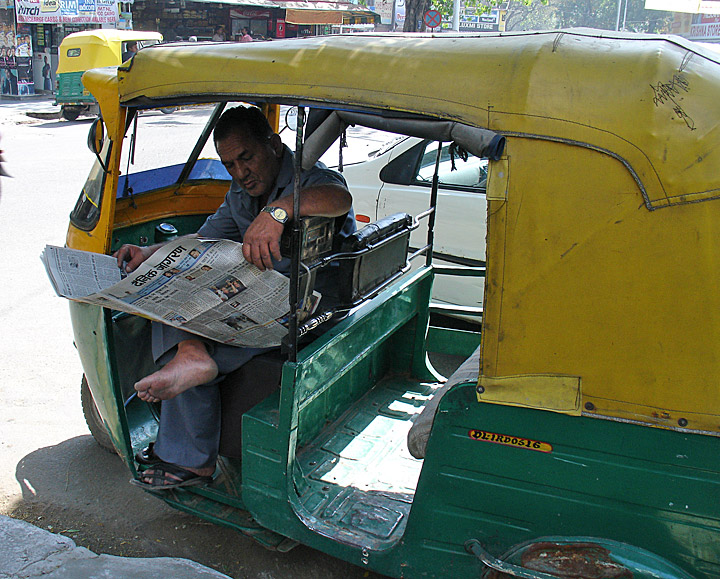 waiting for a rider 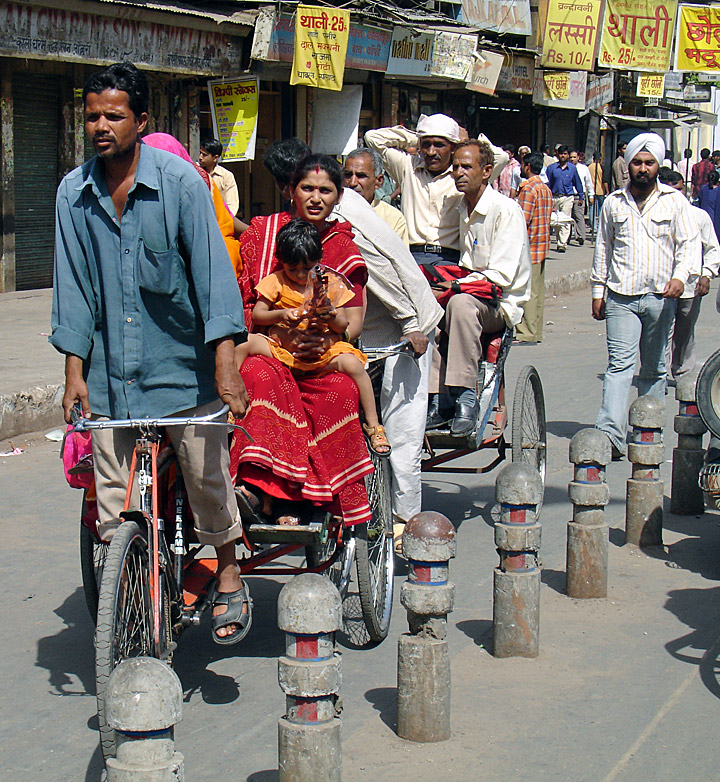 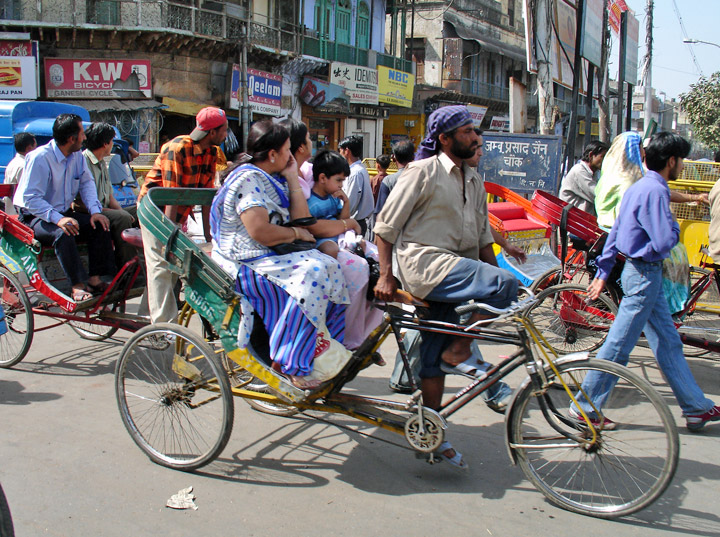 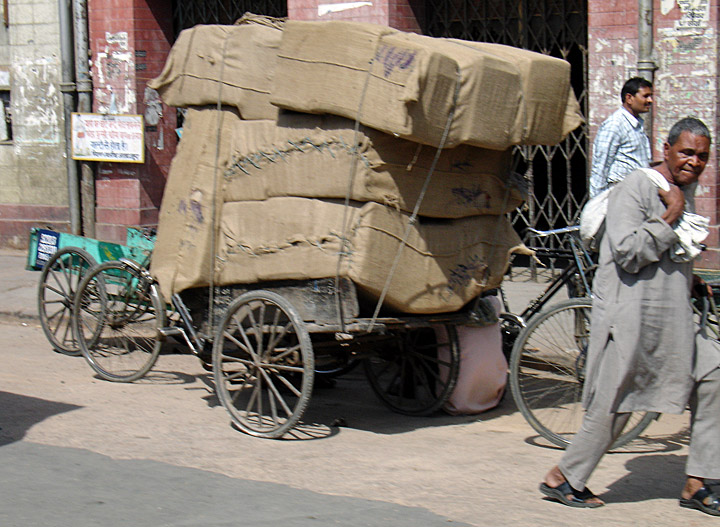 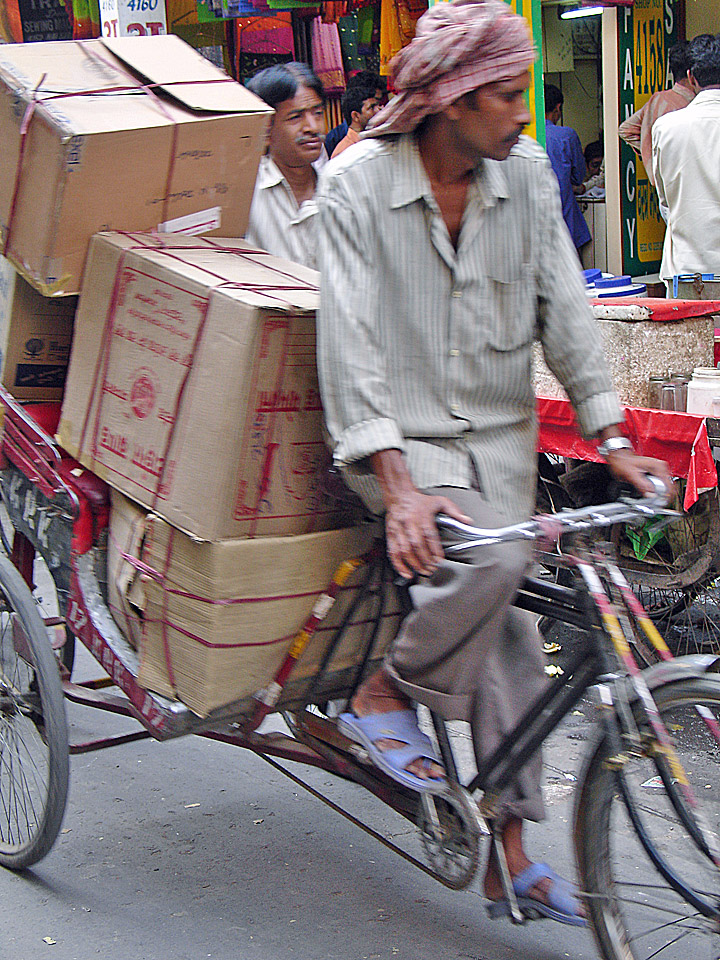 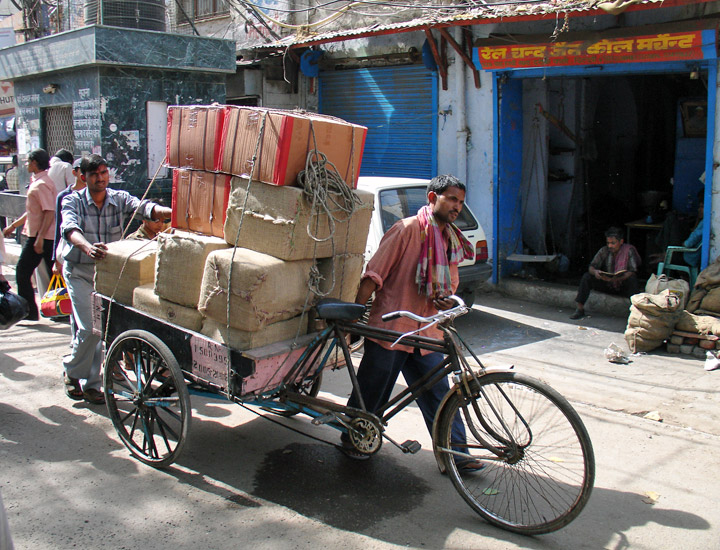 for delivery to shops 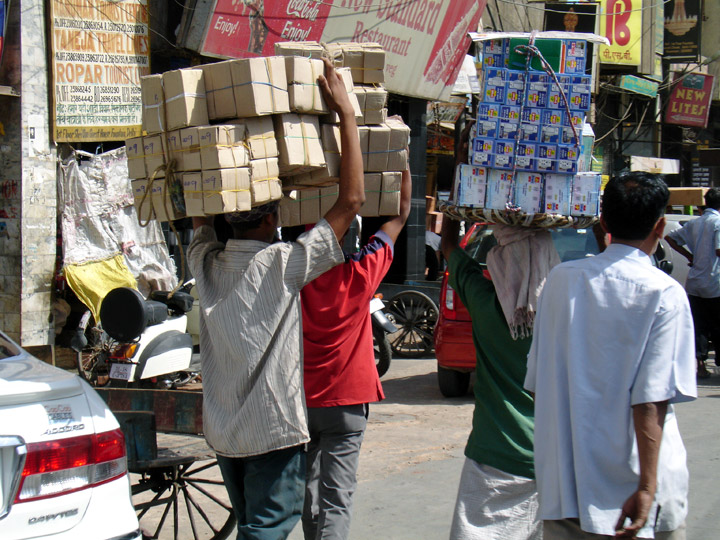 or on the shoulders 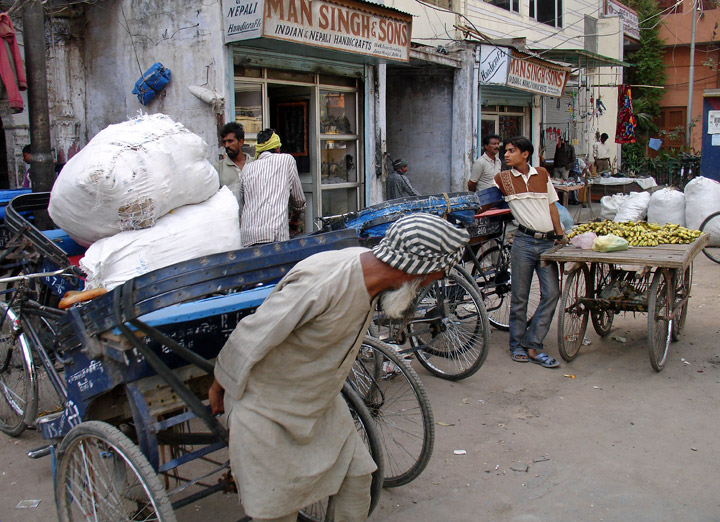 Delhi’s bus system is for thrill-seekers, anthropologists and those with time on their hands. Buses are generally hopelessly crowded and driven by maniacs. Avoid them altogether during rush hours; otherwise, try boarding or leaving at the beginning or end of a route because there’s more chance of a seat and less chance of being trampled to death. There are some seats reserved for women on the left-hand side of the bus.


There are plenty of metered yellow-and-black taxis, but invariably the meters are out of date, not working or the drivers will simply refuse to use them. Negotiate a fare before you set out. Auto-rickshaws are generally faster than taxis on short trips and cost half the price. Negotiate a fare before you board and make sure your will is in order. Six-seater motorcycle rickshaws run fixed routes at fixed prices and are good value during rush hours. Cycle rickshaws are banned from New Delhi itself, but can be handy for traveling around ‘Old’ Delhi.