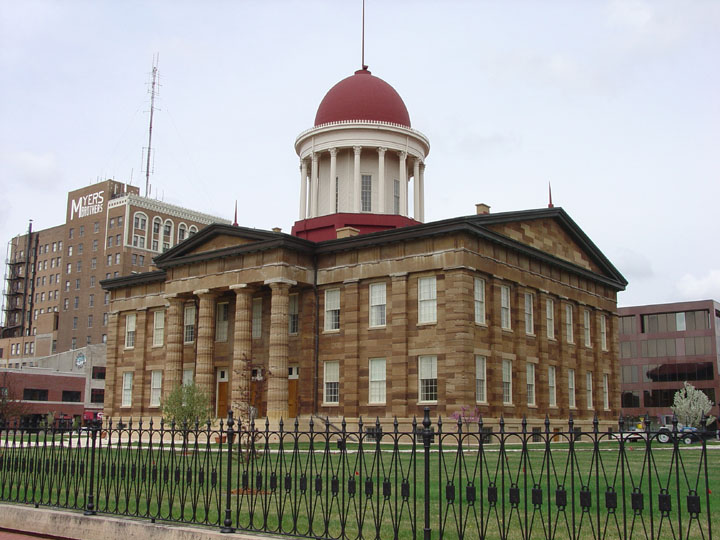 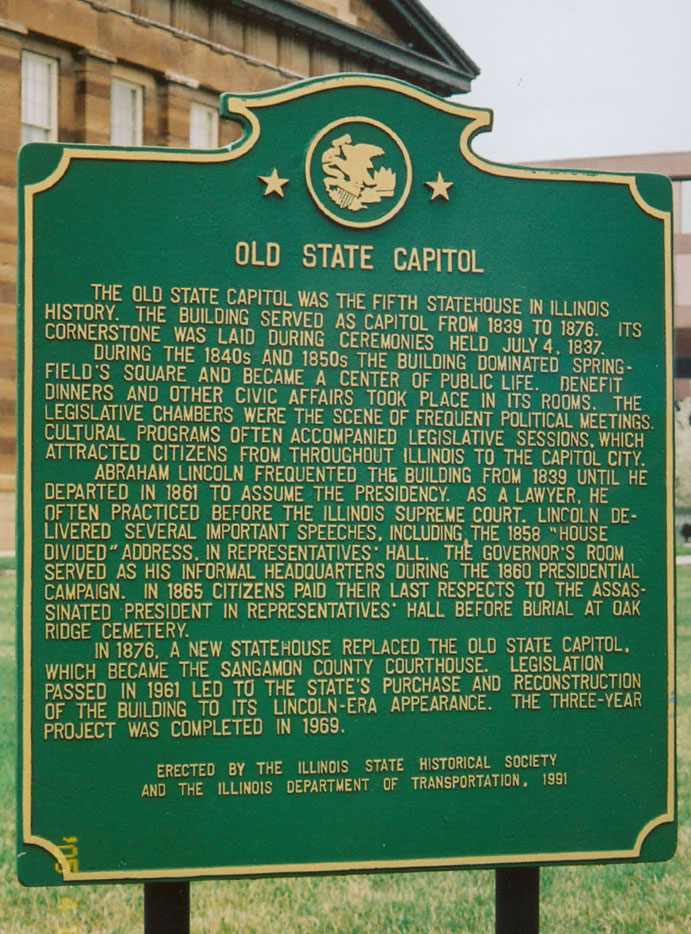 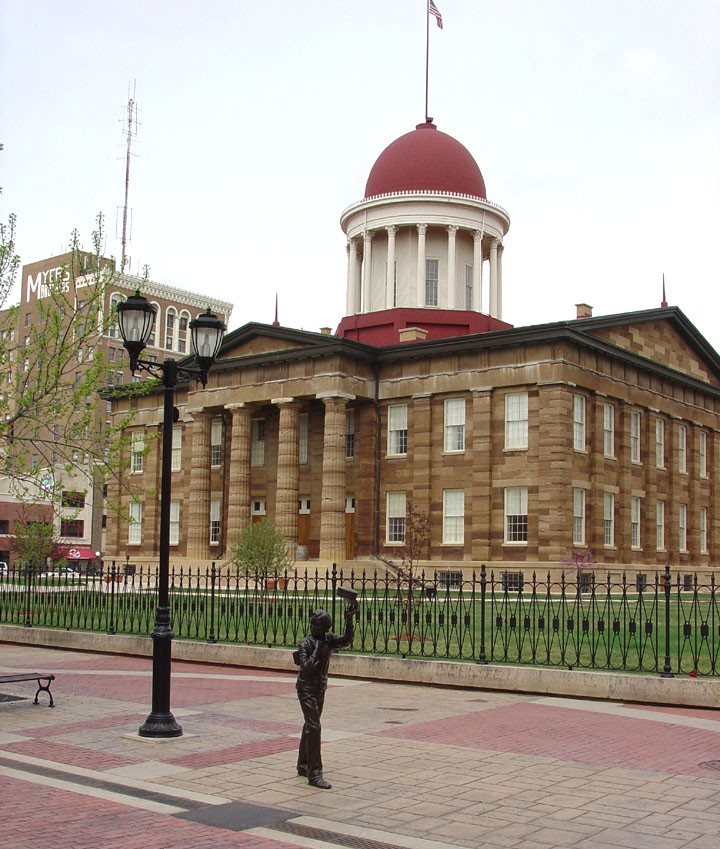 statue of Robert Lincoln in front of Old State Capitol 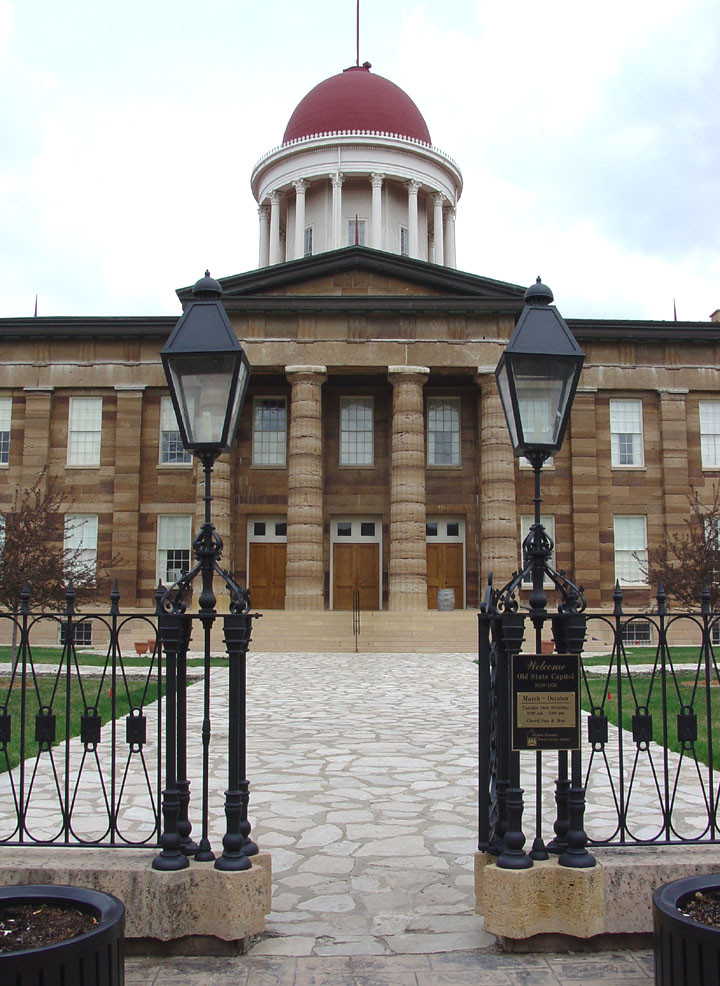 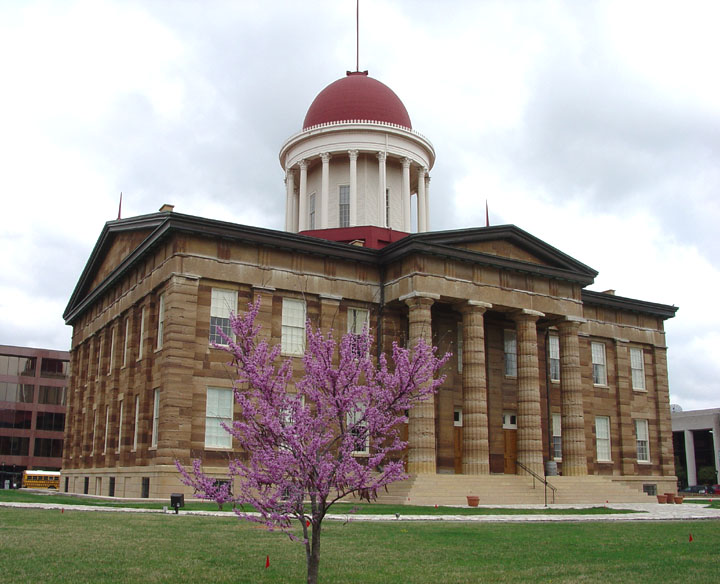 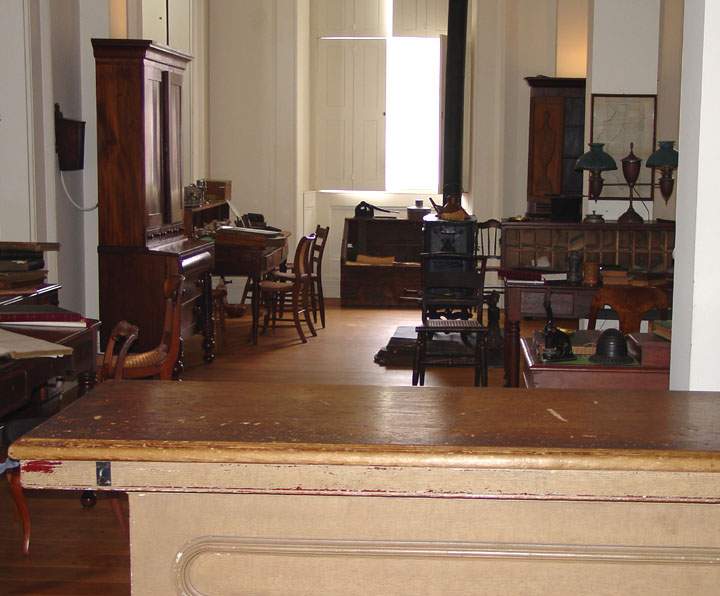 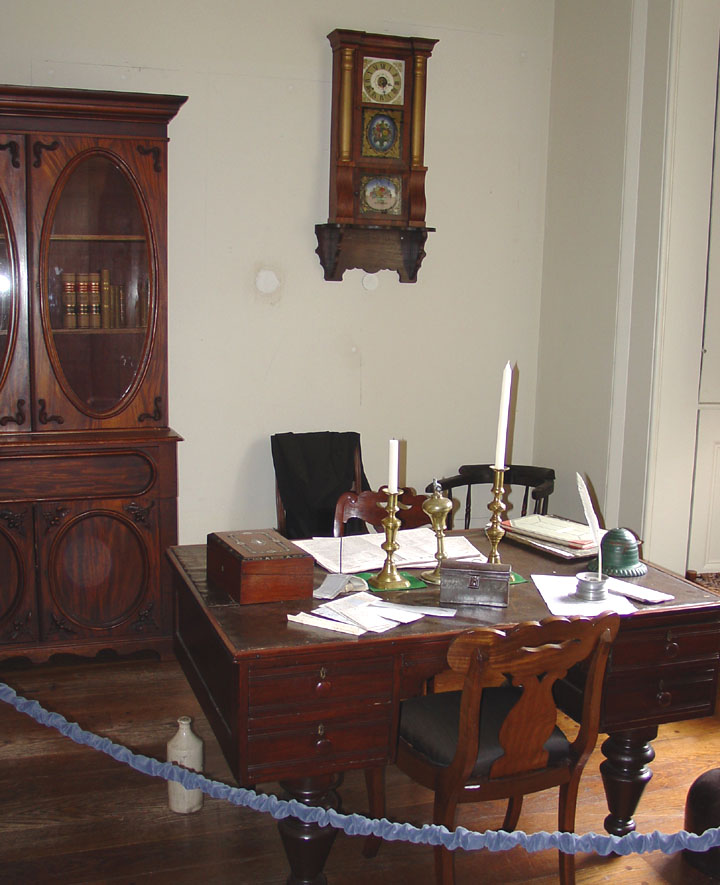 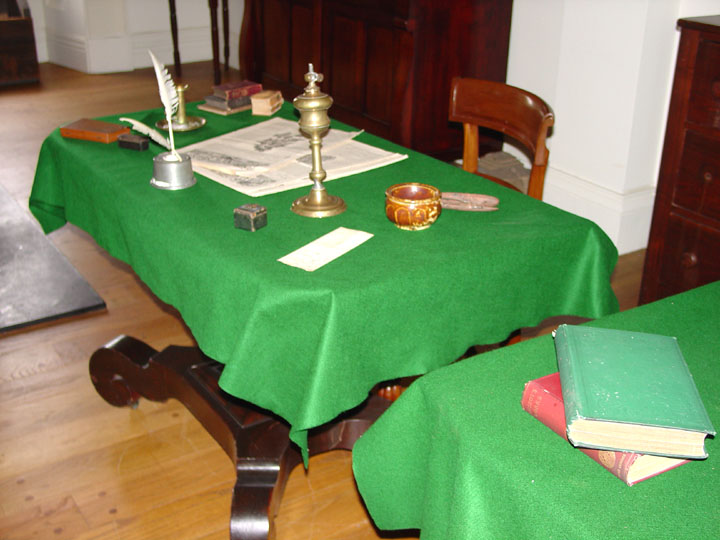 in the State Library 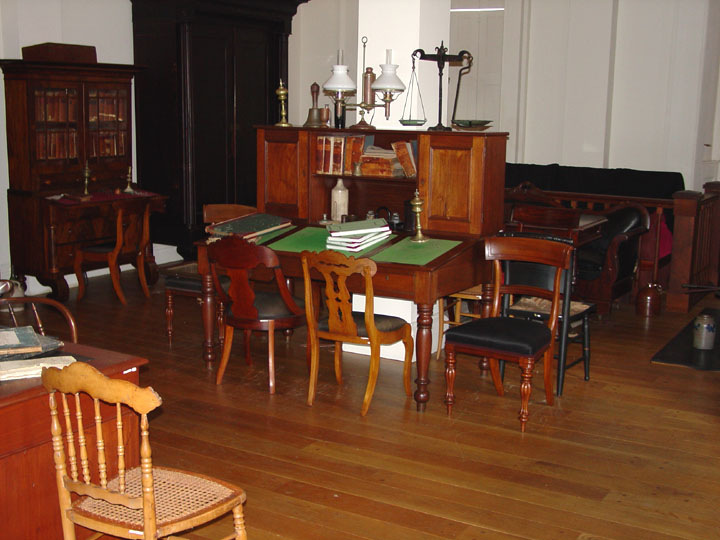 On the Second Level 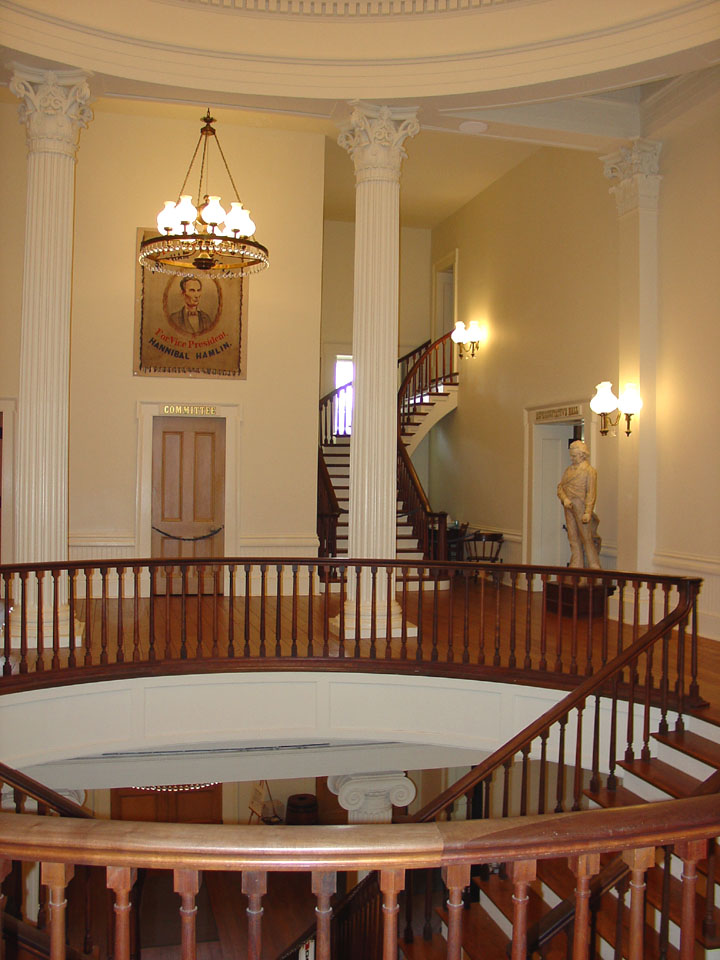 on the second level 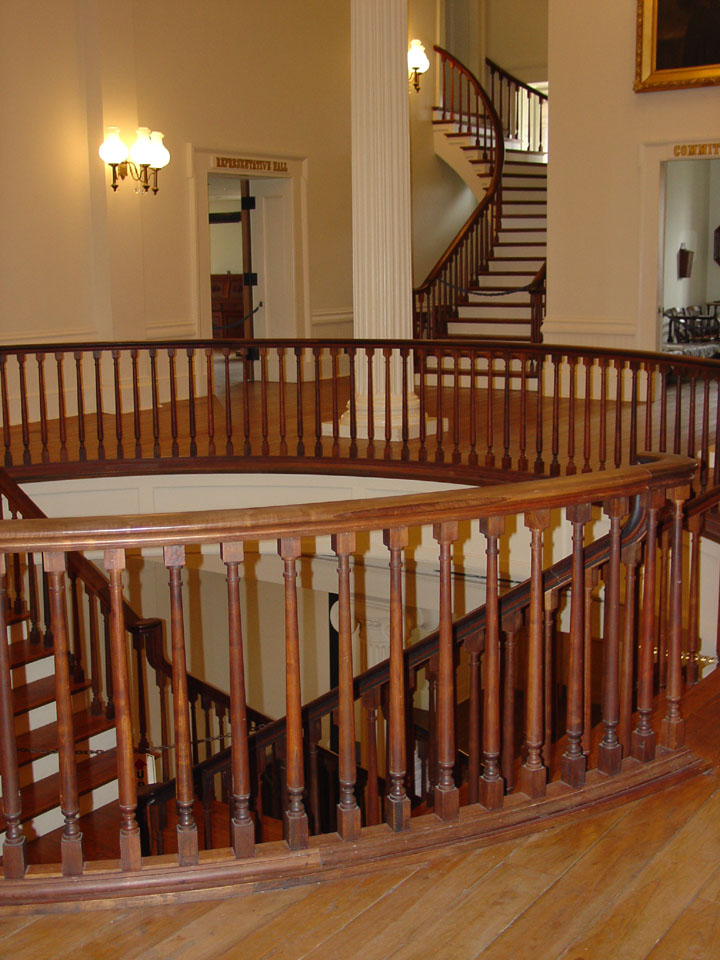 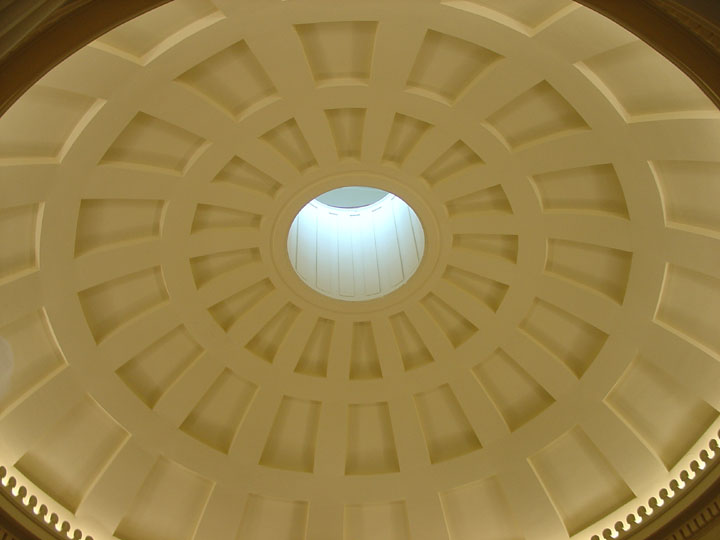 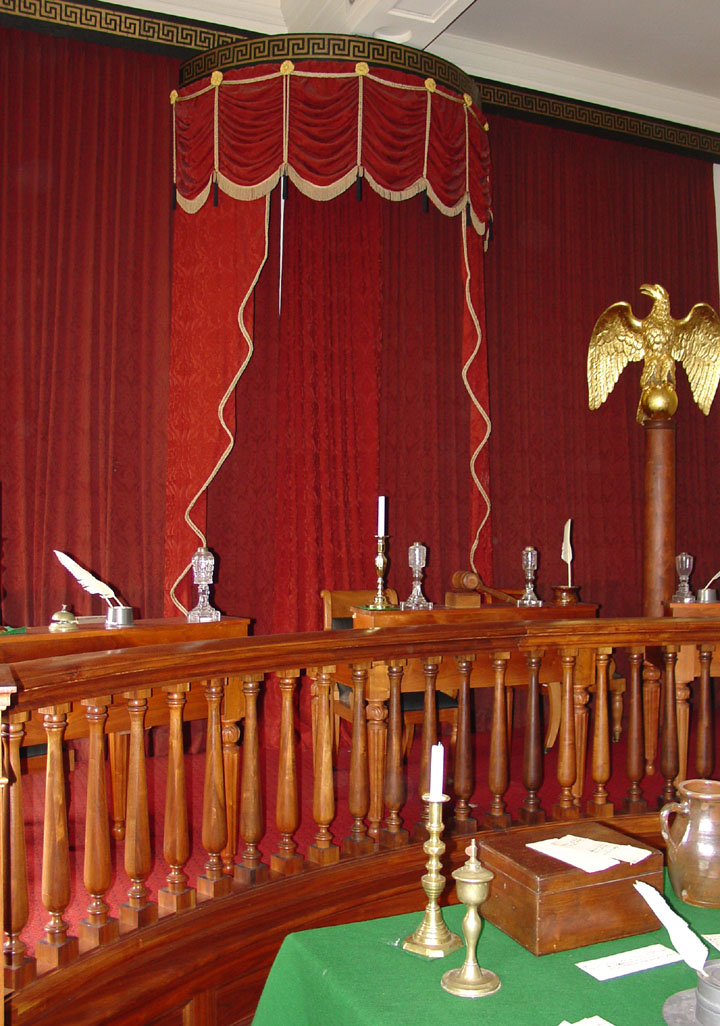 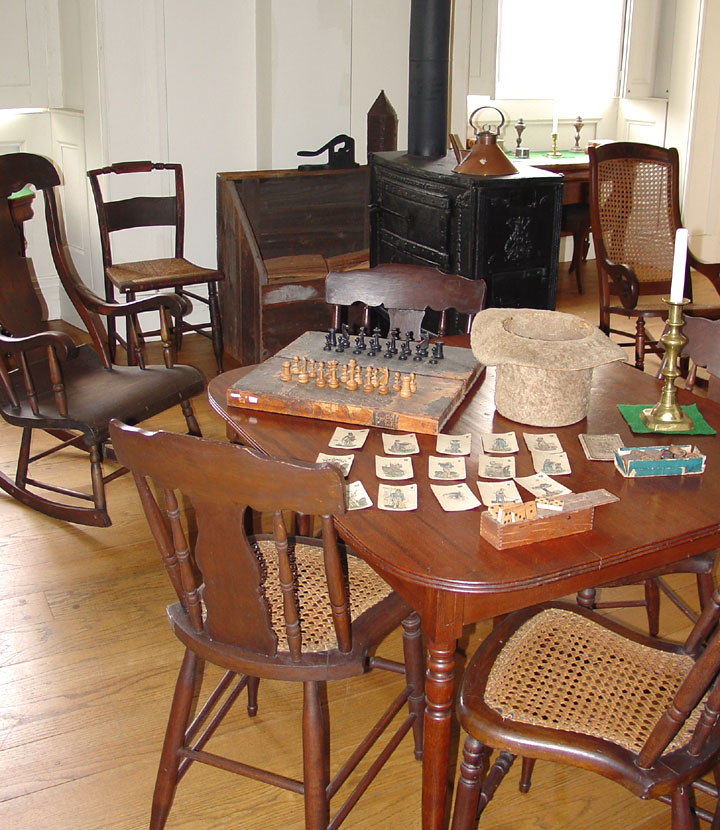 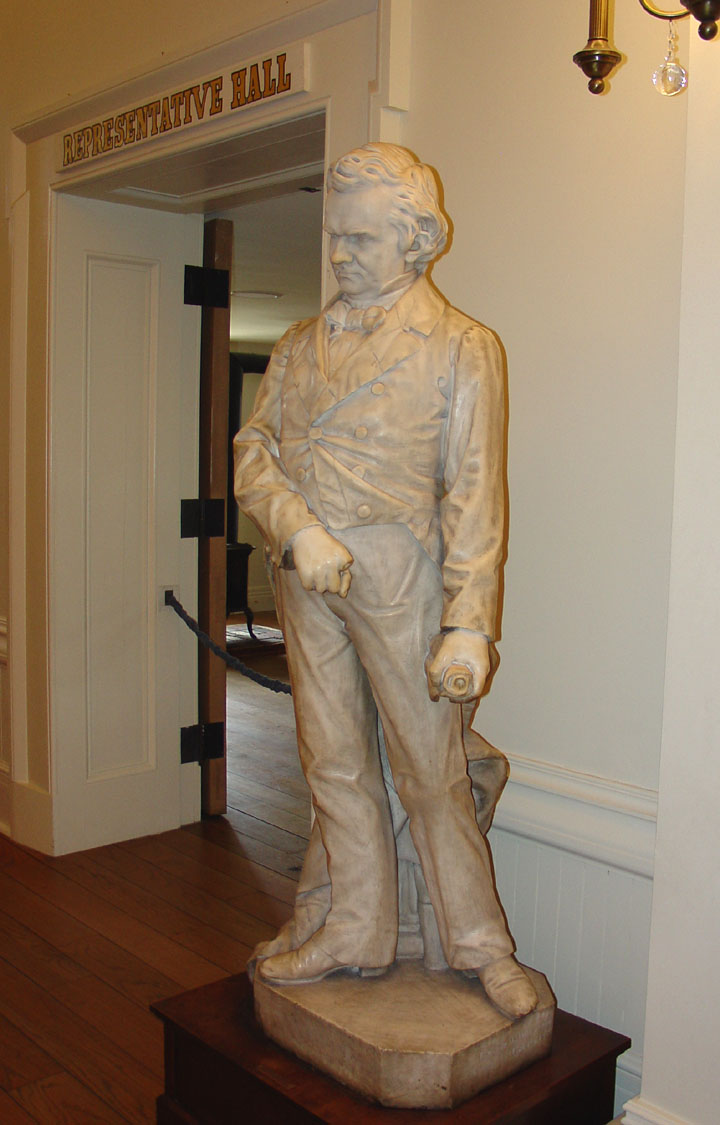 statue of Stephen Douglas outside the Representative Hall 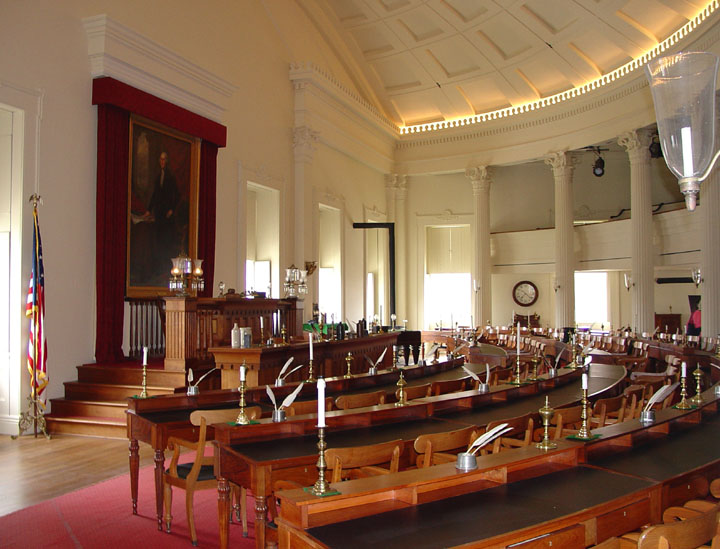 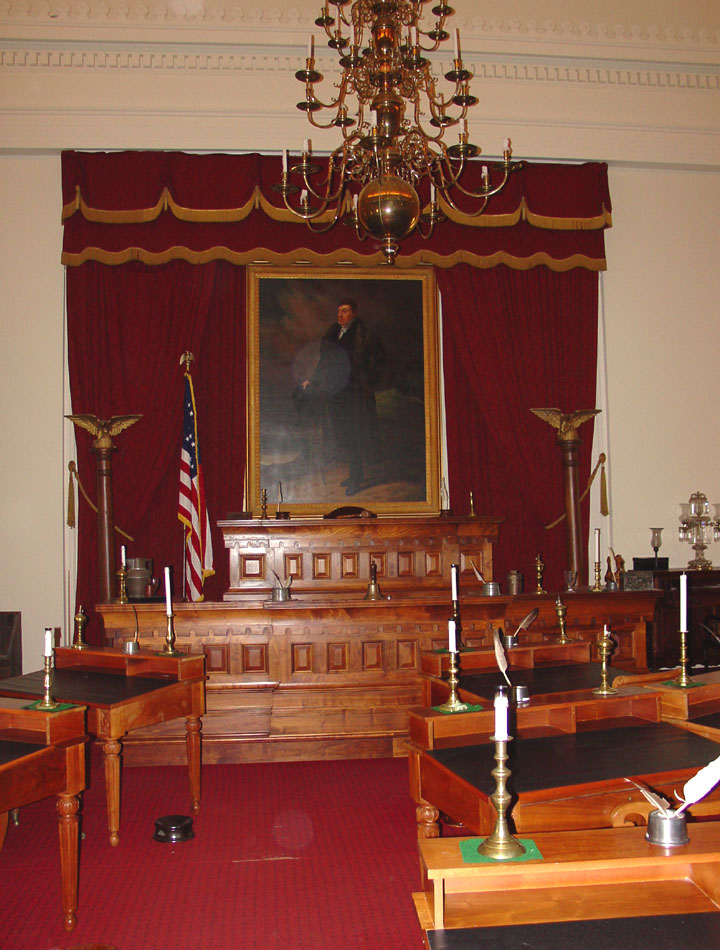 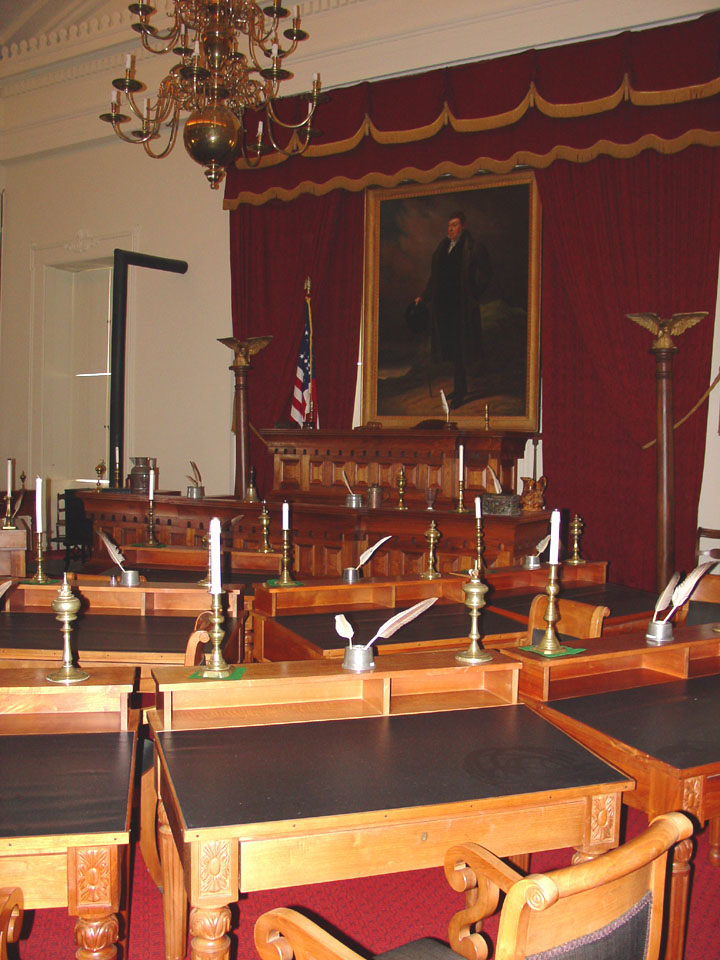 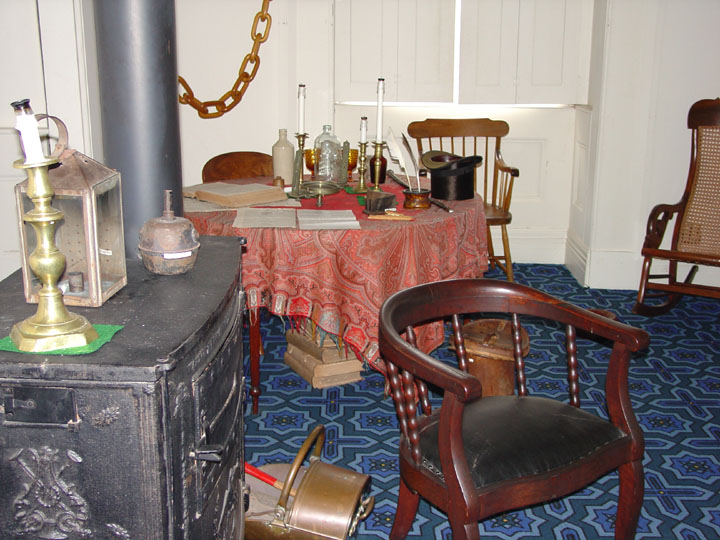 room where the Presidential campaign of 1860 was conducted 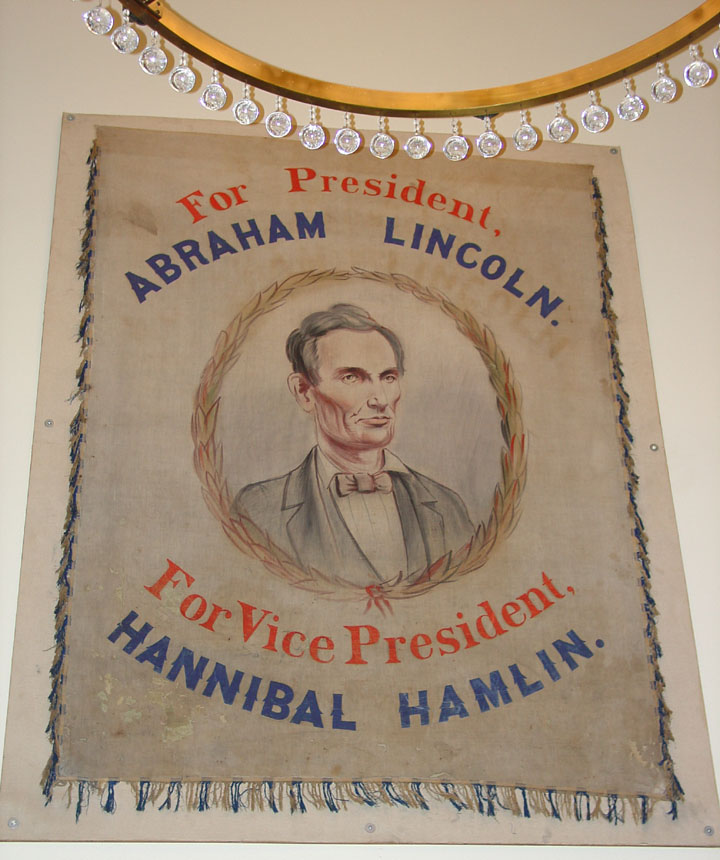 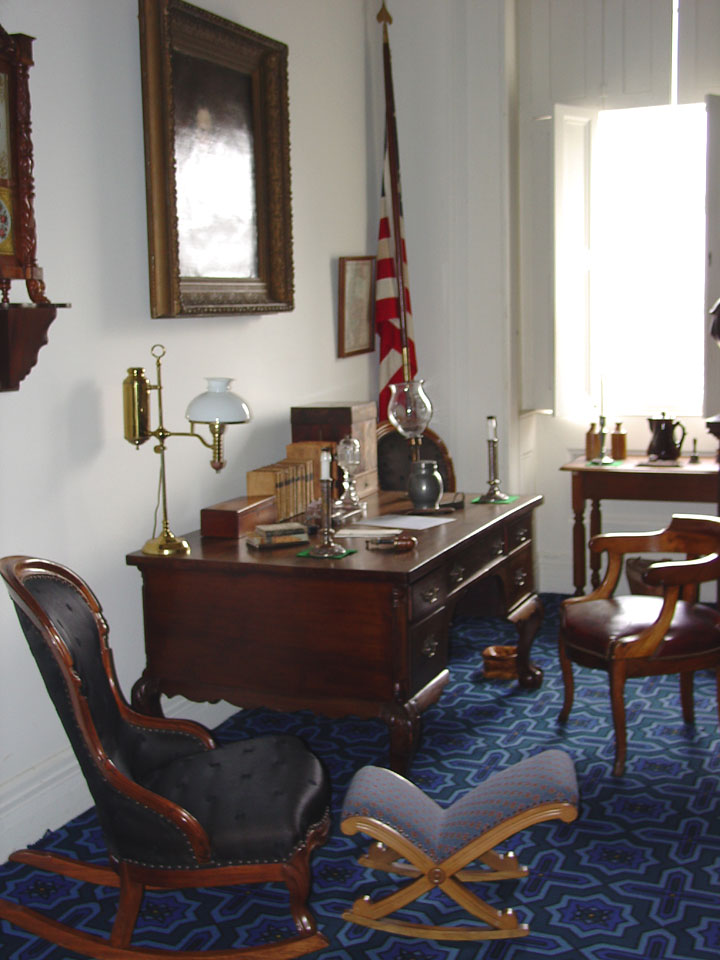 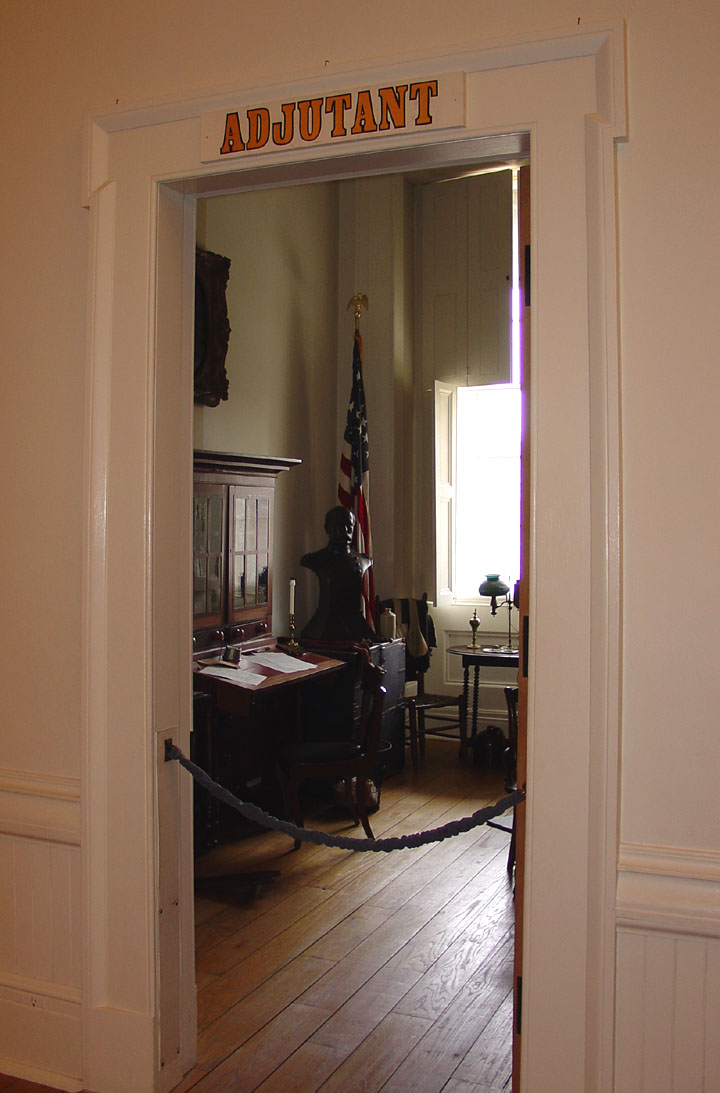 Office of  the Adjutant
where U. S. Grant sat when serving in that office

At the outbreak of the Civil War in April 1861, Grant helped recruit, equip, and drill troops in Galena, then accompanied them to the state capital, Springfield, where Governor Richard Yates made him an aide and assigned him to the state adjutant general's office. 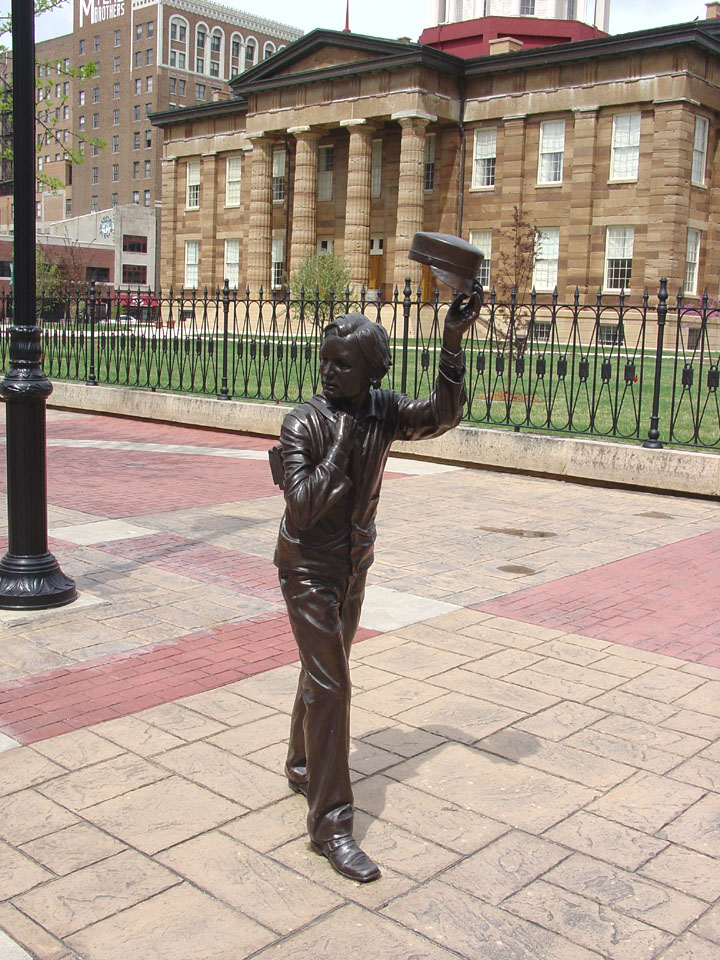 Goodbye All, I am on my way