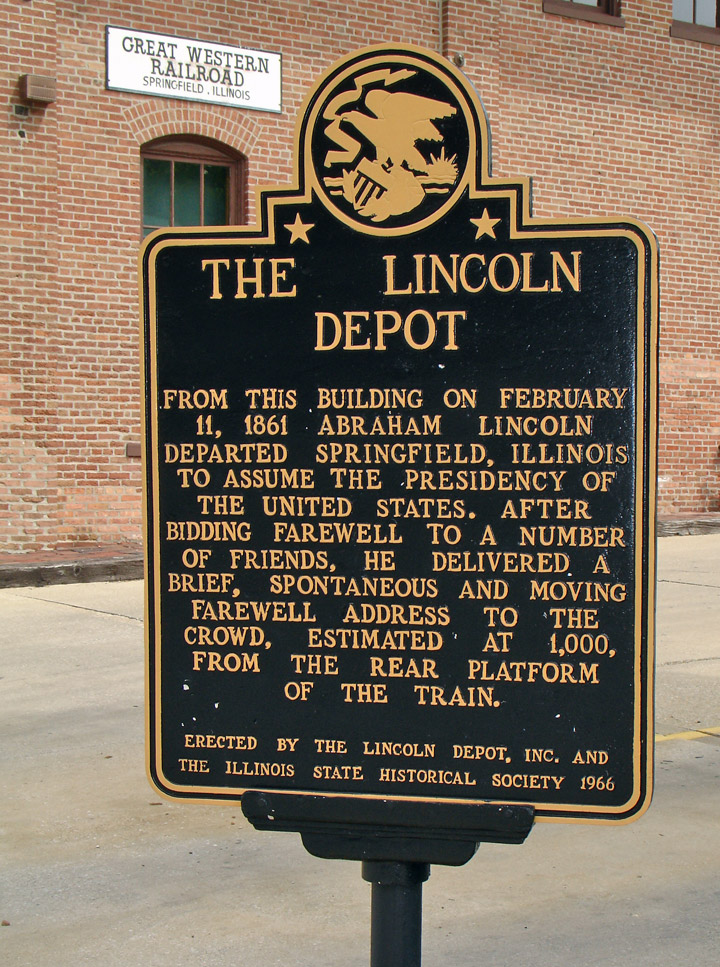 The Great Western Railroad Depot. known as the Lincoln Depot. is the site where Abraham  Lincoln  boarded a train on  February 11, 1861, bound for Washington. D.C. to be inaugurated 16th President of the United States. 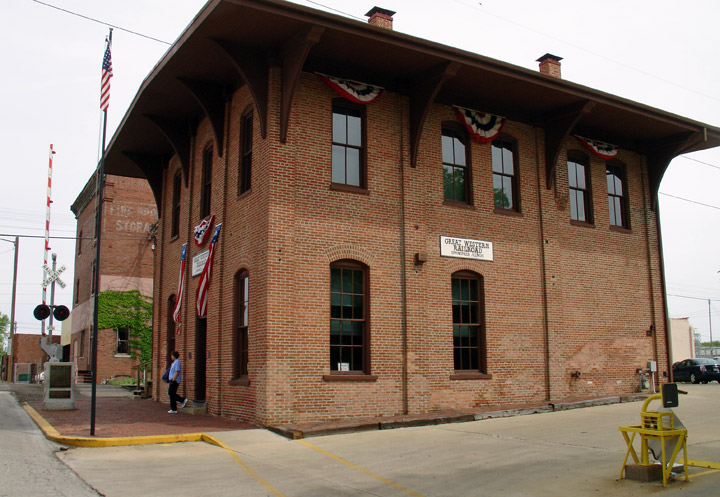 The day was dismal and gray, with a constant chilling drizzle.  Lincoln faced an uncertain future filled with the turmoil of a nation on the brink of civil war. As he bade farewell to the Springfield he loved so dearly, the moment was filled with warm memories and a reminder as well of the emptiness left by the death of his young son Eddie.  Lincoln’s concise and emotional goodbye on that Occasion ranks in eloquence with the Gettysburg Address. His words, known as the Farewell Address. underline how much of Springfield. Illinois, Lincoln took with him to his new home in Washington. D.C. 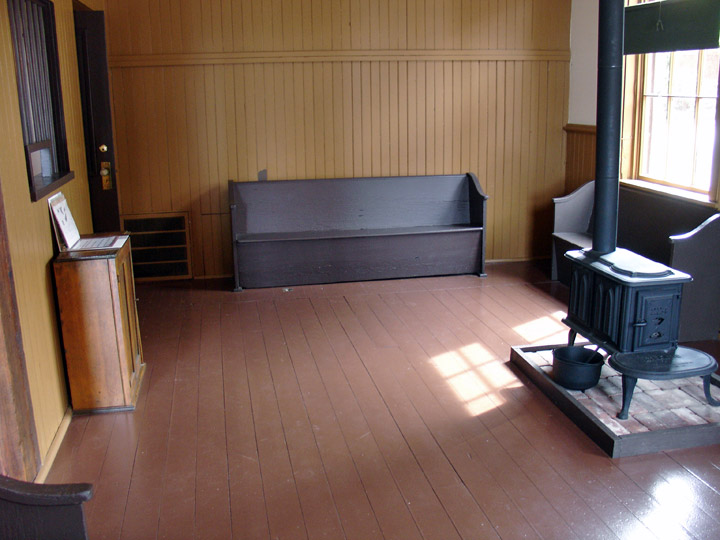 Visitors enter on the main floor of the Depot, a typical 19th century train station. The ticket cage is in the center. the gentlemen’s waiting room on the east and the ladies’ on the west, away from the language and tobacco spitting of the men. 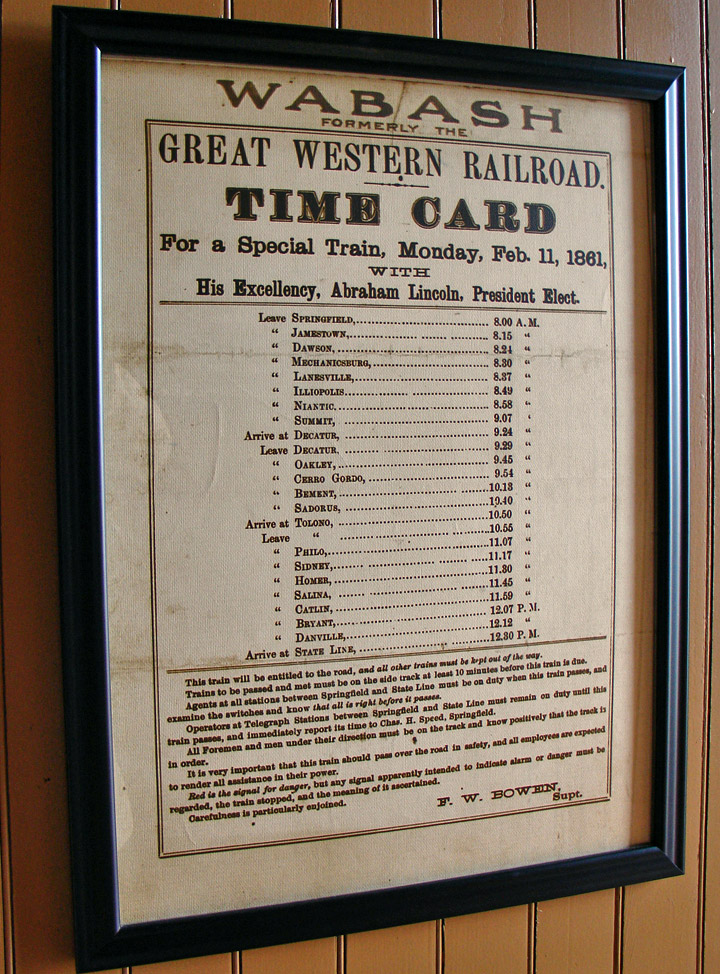 Photographs on the mezzanine level lead the visitor on a journey through some of Lincolns life in Springfield—the places he lived and the friends he left behind. .A diorama whimsically depicts his departure from Springfield. 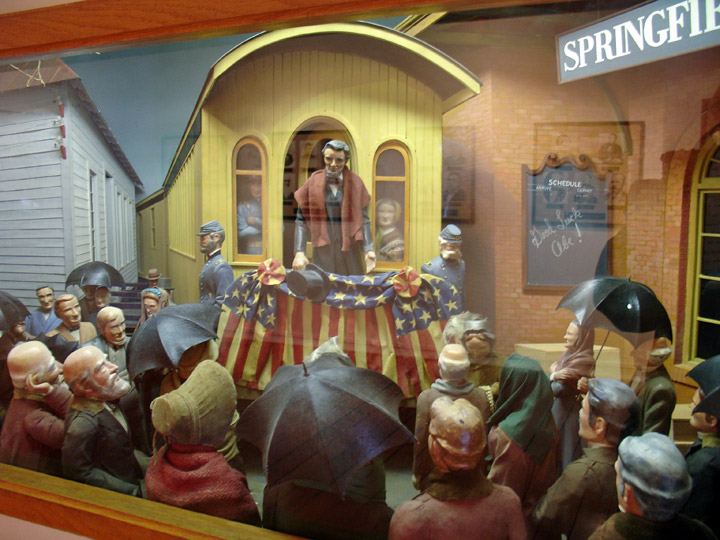 On the second floor, a state of the art video, narrated by National Public Radio journalist Scott Simon. is shown through the window of a Pennsylvania railroad car very much like the one that bore Lincoln eastward. The video is filled with anecdotes of events that happened during Lincolns 12-day journey to the White House and depicts Lincoln as a real person. not just a historic figure. 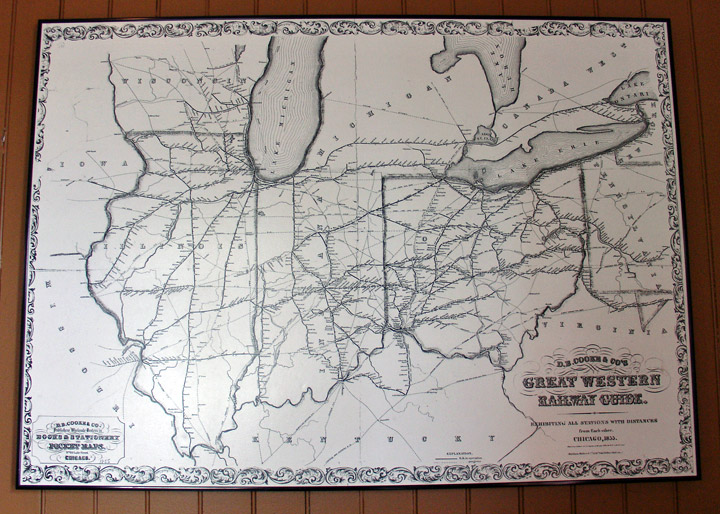 Built in 1852 the Great Western Depot served as both a freight and passenger station as well as general offices of the railroad. In 1856 the railroad rented a lamb and pork packing house one block north and made it into a freight depot. The following year. the Great Western Depot was remodeled for use as a passenger station and offices, rating a lengthy notice in the local newspapers. The Depot continued in this use until 1868 when an elegant new station, to better accommodate increasing numbers of passengers was built at Tenth and Washington Streets. It then ceased to function as a station and was used for a variety of purposes by the railroad. The new
station was torn down in 1941.


The funeral train. bearing Lincoln's body to its final resting place. arrived in Springfield at the site of the present station on Third Street between Washington and Jefferson Streets. 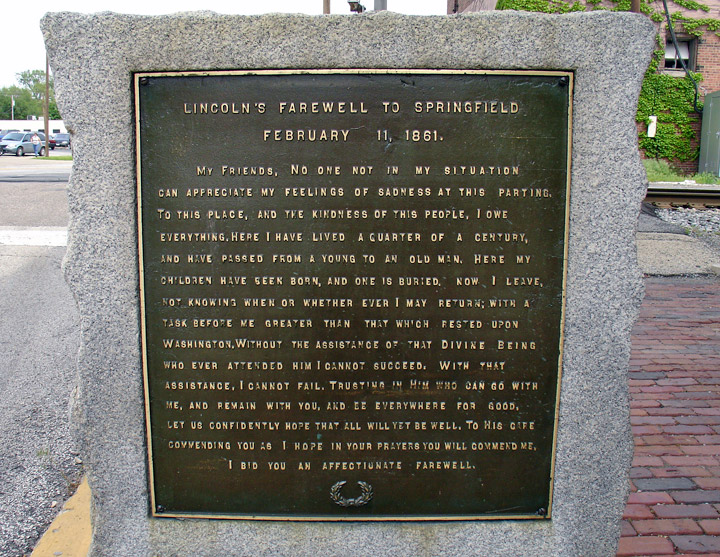 No one, not in my situation, can appreciate my feelings of sadness at this parting. To this place, and the kindness of these people, I owe everything. Here I have lived a quarter of a century, and have passed from a voting man to an old man. Here my children have been born, and one is buried. I now leave, not knowing when, or whether ever, I may return, with a task before me greater than that which rested upon Washington. Without the assistance of the Divine Being. who ever attended him, I cannot succeed. With that assistance I cannot fail. Trusting in Him, who can go with me, and remain with you and be everywhere for good. Let us confidently hope that all will yet be well. In His care commending you, as I hope in your prayers you will commend me, I bid you an affectionate farewell.