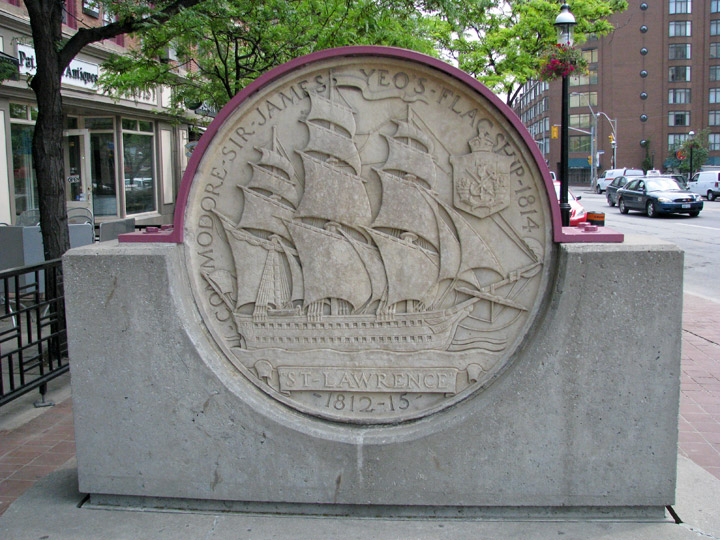 The St. Lawrence neighborhood of Toronto, Ontario, Canada although still part of downtown Toronto, was the actual downtown centre and city hall location during the late 18th and entire 19th century. 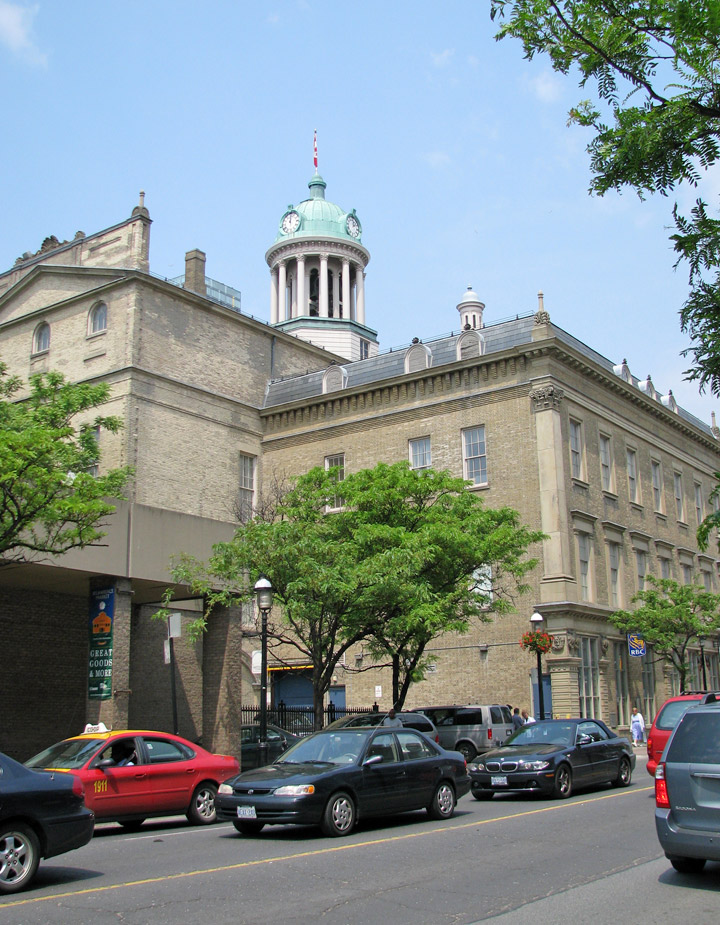 The area is bounded by Yonge, Front, and Parliament Streets, and the Canadian National railway embankment. The Esplanade off Yonge St., lined with restaurants, cafés and hotels runs through the middle of the area. In previous times, the area was sometimes referred to as 'St. Lawrence Ward' or more often today as 'St. Lawrence Market', synonymous with the large retail vendor market which is the neighborhood's focal point. Saint Lawrence (shortened to St. Lawrence) was so named after the patron saint of Canada. 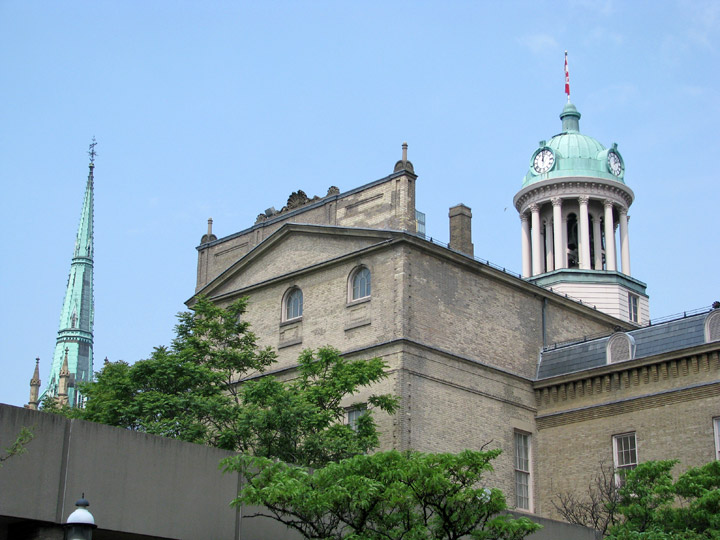 St. Lawrence Hall, one of the most prominent landmarks in the neighborhood.

The area was the site of Toronto's earliest non-military European settlements. The first parliament buildings in Upper Canada in 1793 were constructed on the southwest corner of Parliament and Front Street. The buildings have long since gone from the site, but a discovery in 2000 when a quick dig of the property revealed the old parliament building footings, in addition to some pottery from that time. The city and the province now own most of the property, although there is no current preservation or memorial located there. 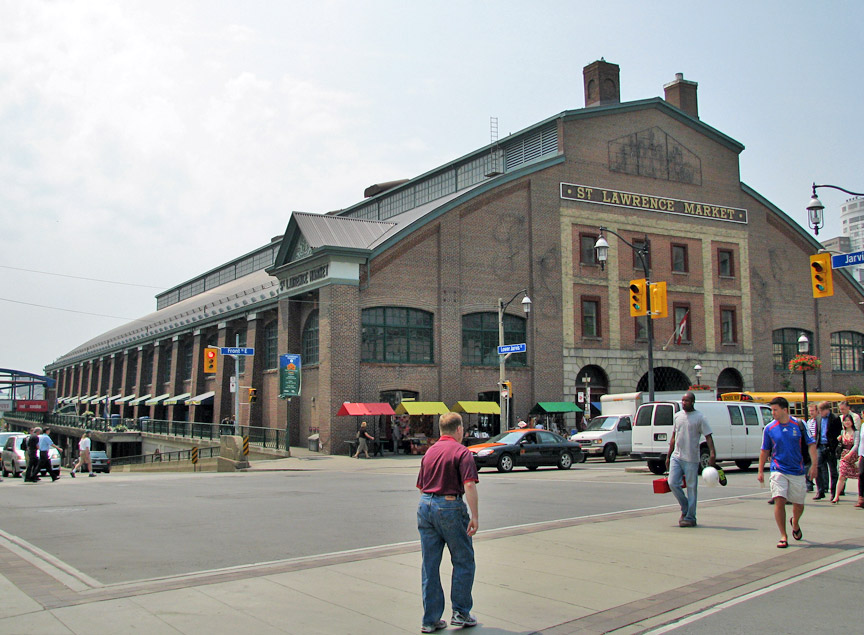 A Saturday farmers' market began operation in St. Lawrence in 1803.

The city of Toronto's first city hall was located on the southwest corner of King St. East & Jarvis St. at the old 'Market' building from 1834 (the year of Toronto's incorporation from the former town of York) to 1844. This building was later burnt down during the great fire of 1849 and replaced with the grandiose St. Lawrence Hall and north section of the market, referred to today as the 'North Market'. 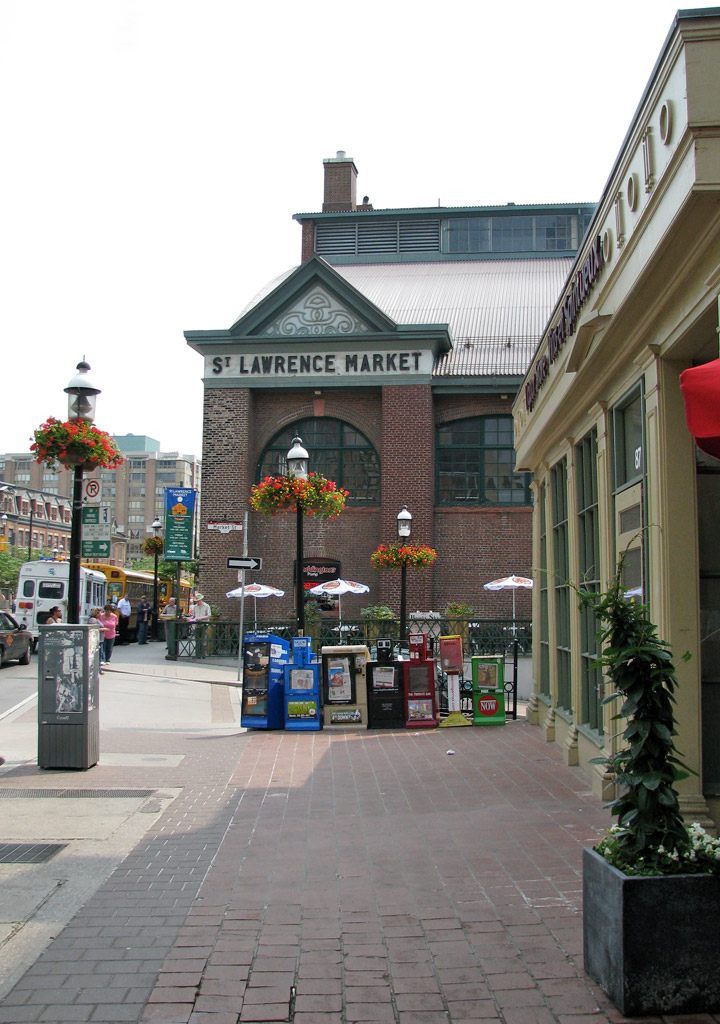 In response to the city's dramatic population growth centered around present day St. Lawrence, a larger city hall, also housing a police station and jail cells opened in 1845 with a 140' facade running along south side of Front Street. City Hall was moved out of the area in 1899 to what is now Old City Hall before moving once again to its current location. The former city hall was converted into and expanded into the market gallery or 'South Market'. The old council chamber is all that remains of the original city hall and is located on the gallery's second floor. 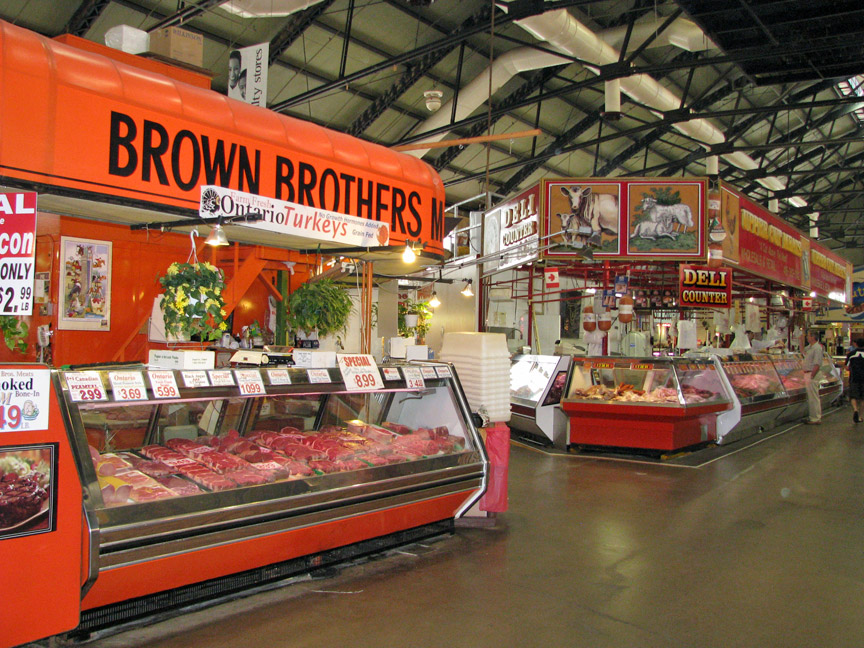 By 1850, Toronto's waterfront and wharves were located along the Esplanade, not its current location below Harbourfront. The Grand Trunk Railway line was constructed serving the many warehouses along the wharves. Commercial activity along Toronto's bustling harbor provided employment and was the primary place of entry to the quickly growing, burgeoning city. The convergence of the railway lines and the wharves must have worked because in 1873 historian Henry Scadding so eloquently wrote in his book Old Toronto of The Esplanade "...It has done for Toronto what the Thames Embankment has done for London..." 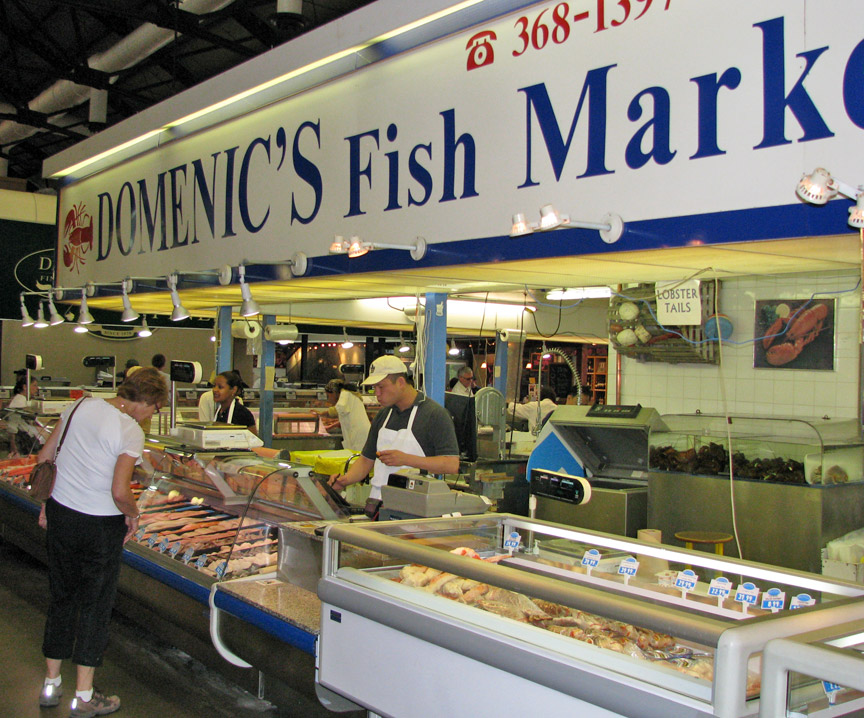 However, the rapid deindustrialization of the 1960s and 1970s the area along with the neighboring Distillery District became used for movie location shoots and rickshaw housing for the homeless, due to the dark, urban and vacant industrial atmosphere that existed at that time. 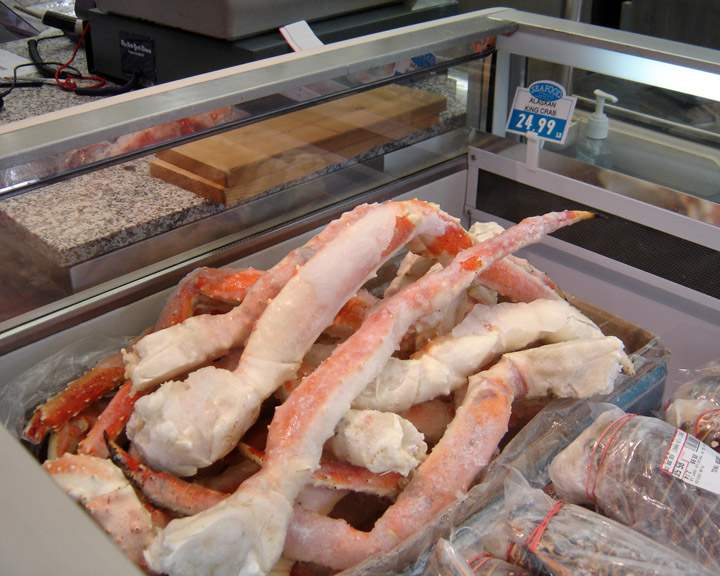 In the 1970s it was decided by mayor David Crombie to turn the area into a new residential neighborhood, but one that would not make the same mistakes of the housing projects of earlier decades. The neighborhood was to be integrated into the city with no clear boundaries. It would contain a mix of commercial and residential as with both subsidized and market oriented housing, mostly row house or low-rise apartments. The neighborhood was planned by Alan Littlewood and the influence of American urban planner Jane Jacobs played a crucial role. Many of the developments were not completed until well into the 1990s. Since that time, the St. Lawrence neighborhood has been critically acclaimed as a major success in urban planning. In many ways, it has become the model for the design and planning of new urban communities across North America. 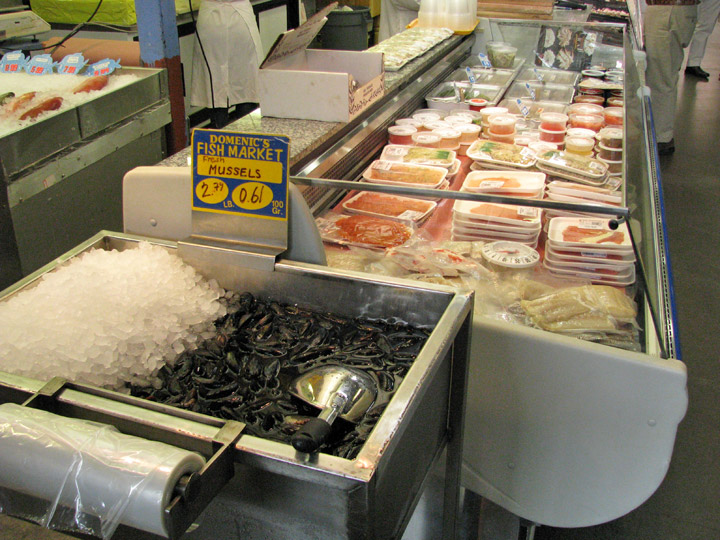 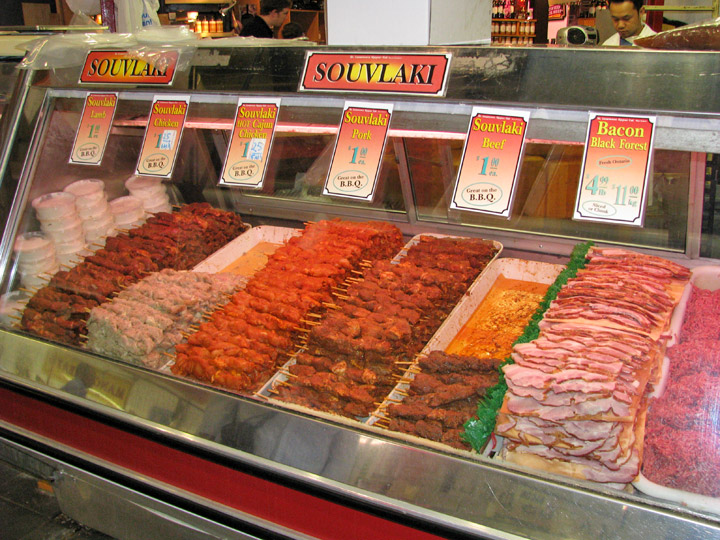 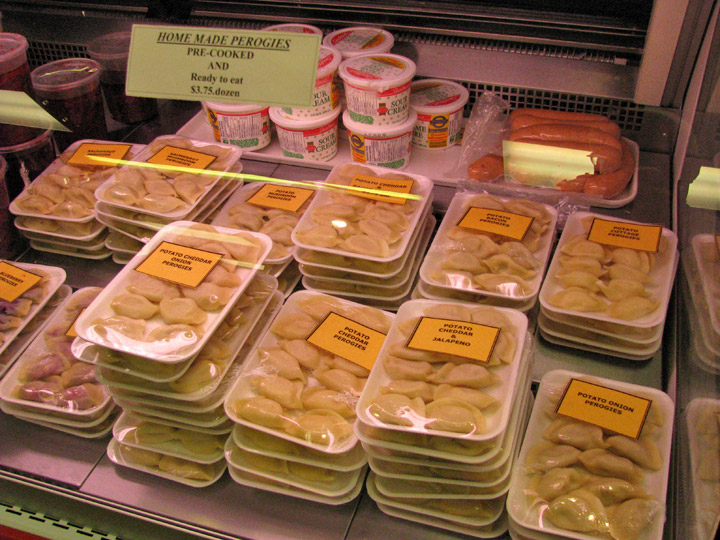 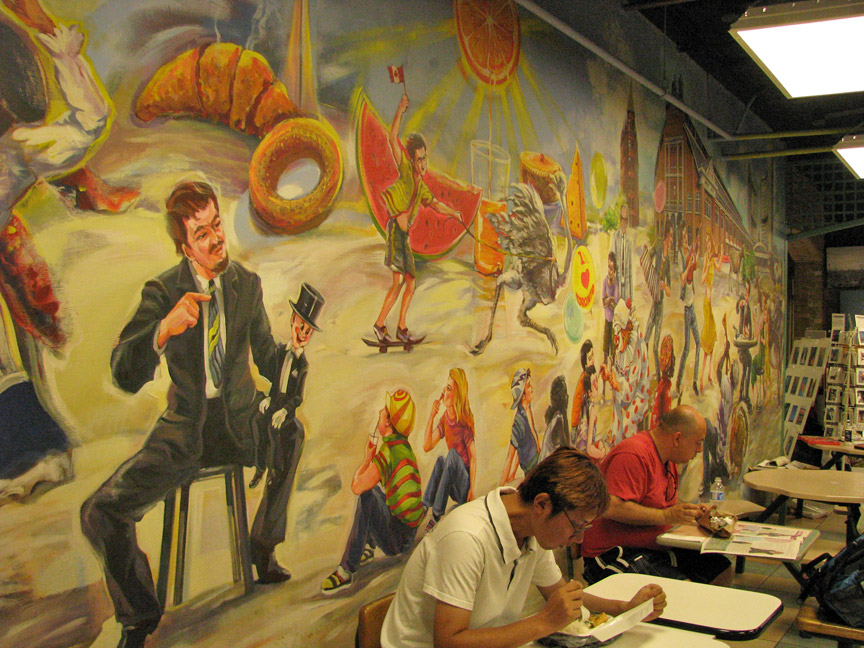 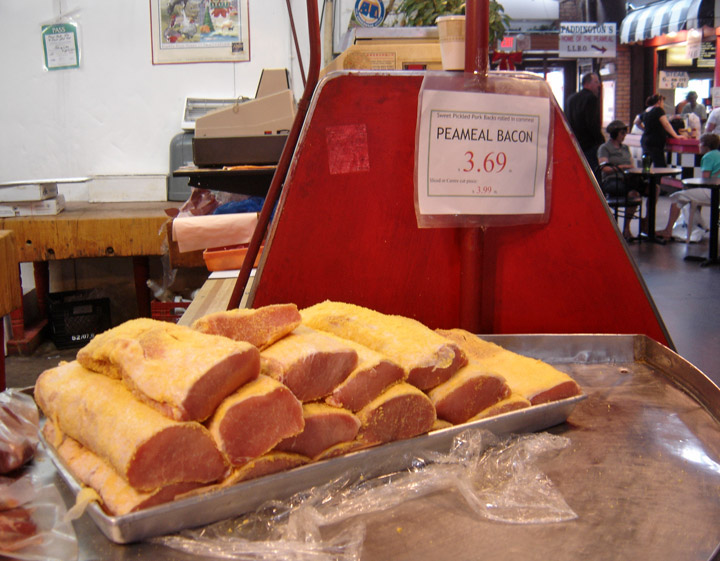 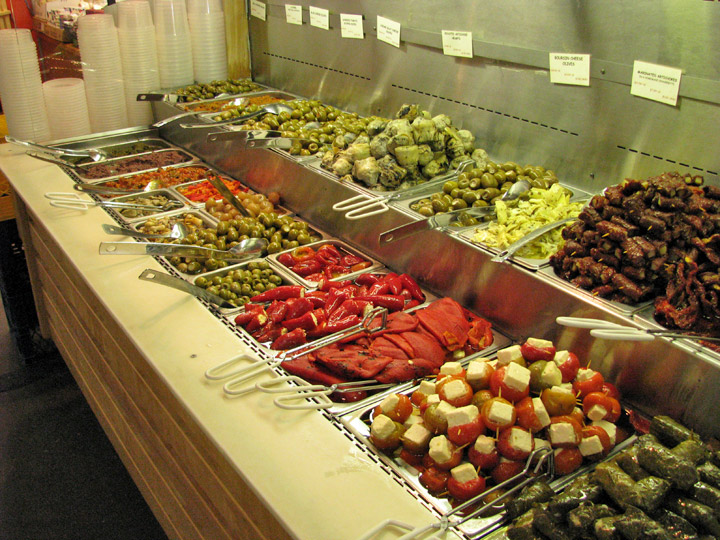 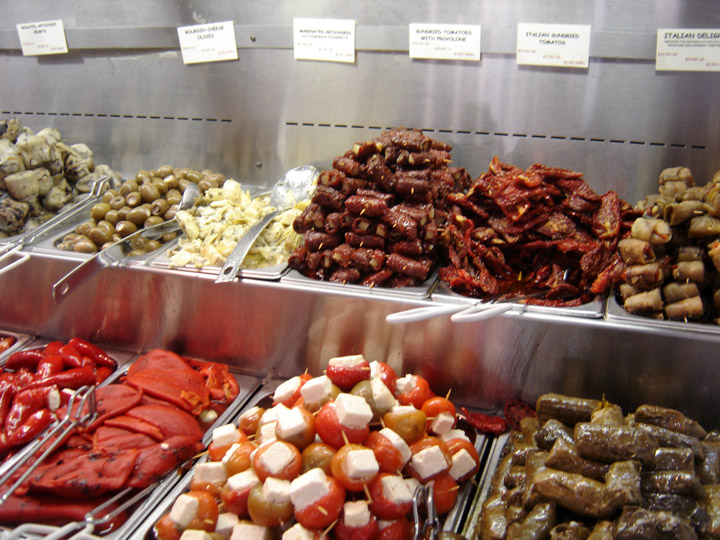 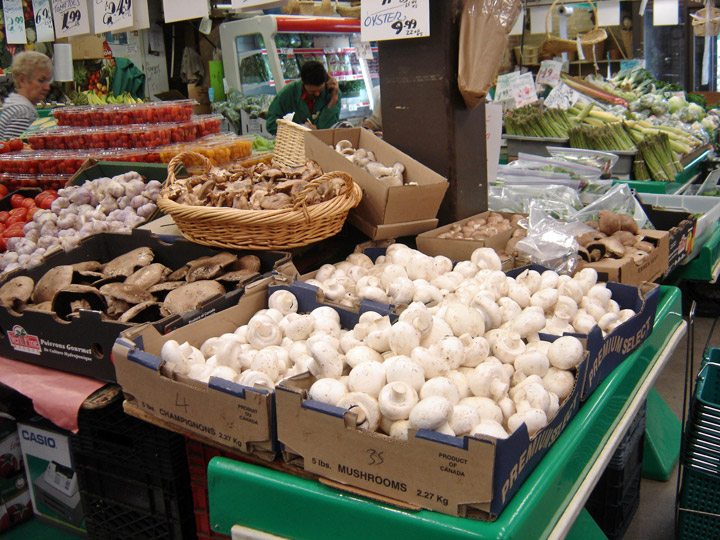 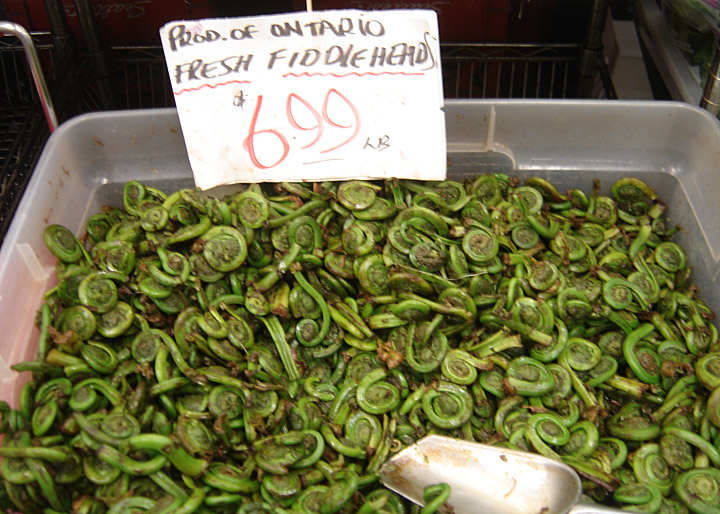 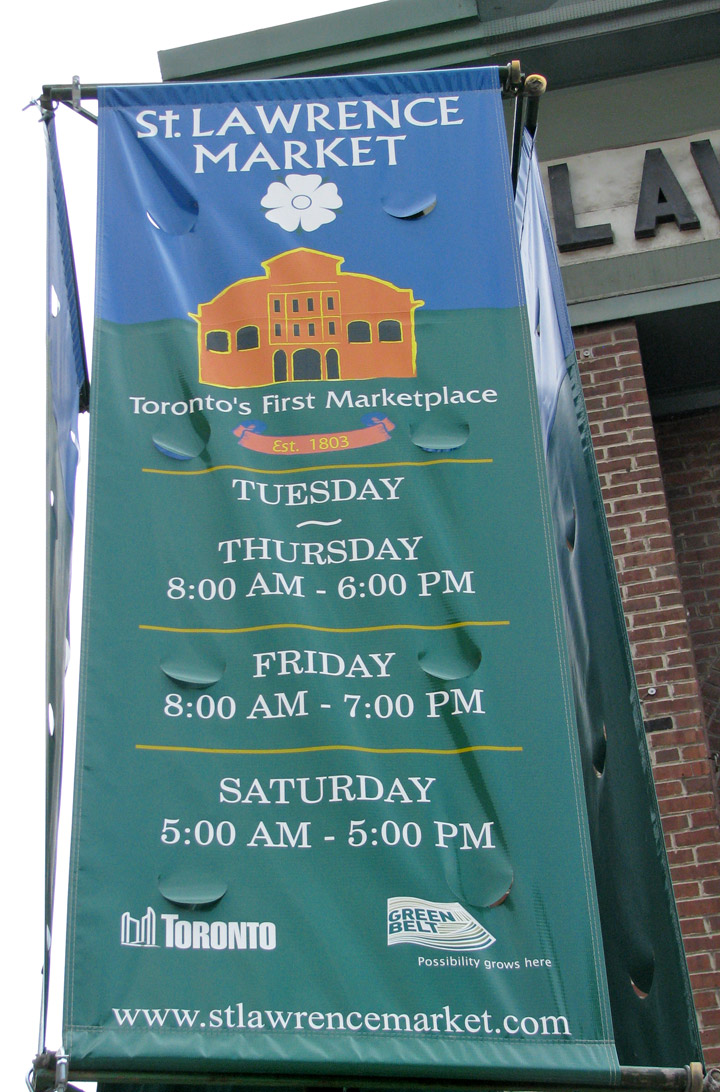 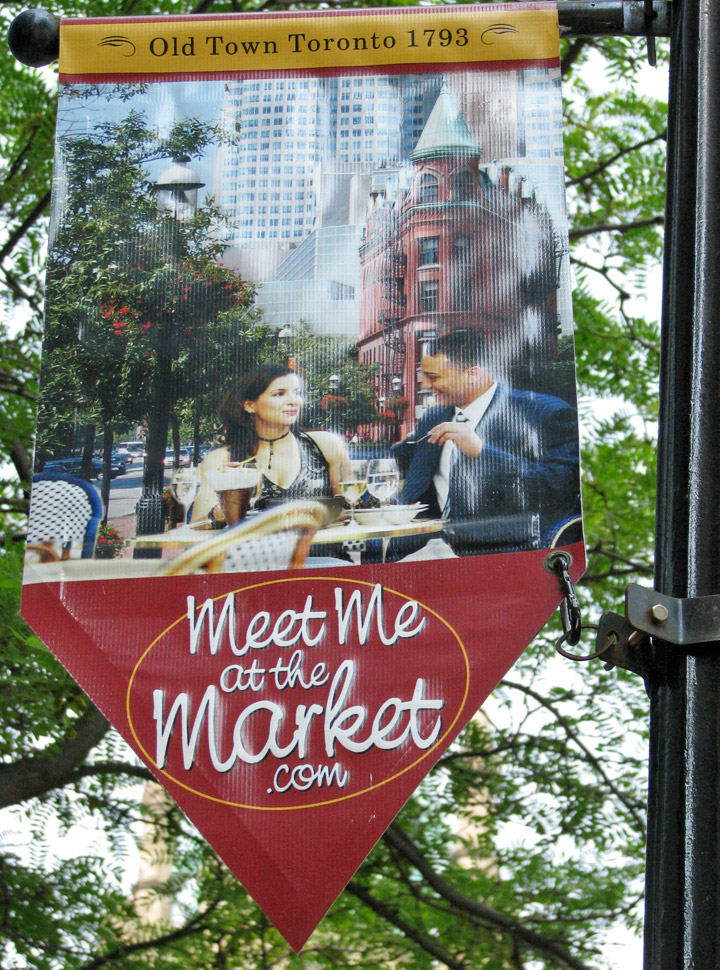 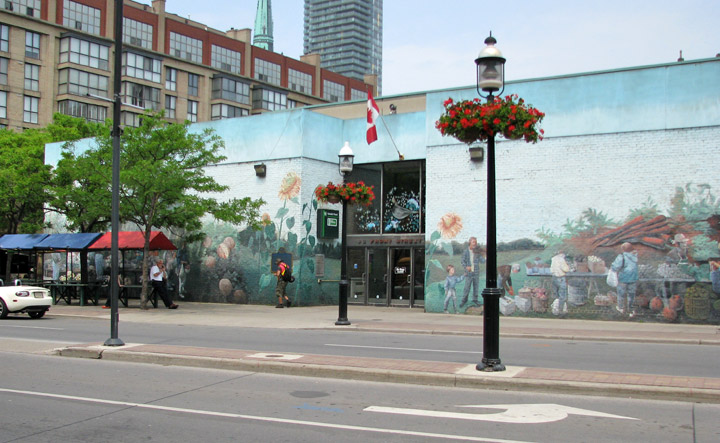 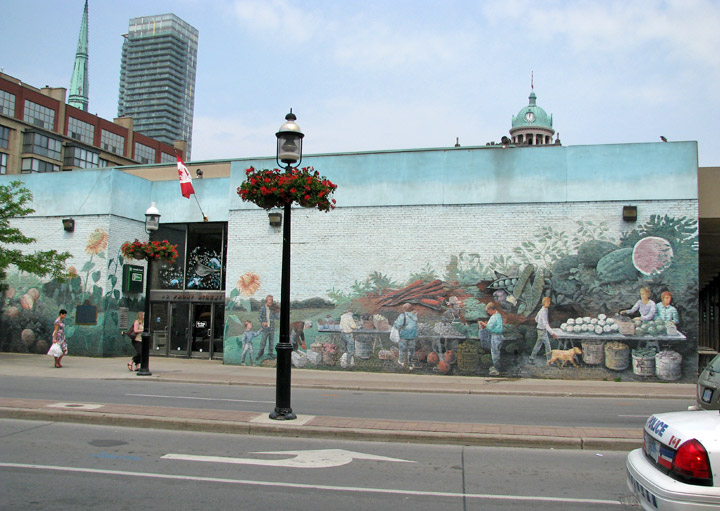 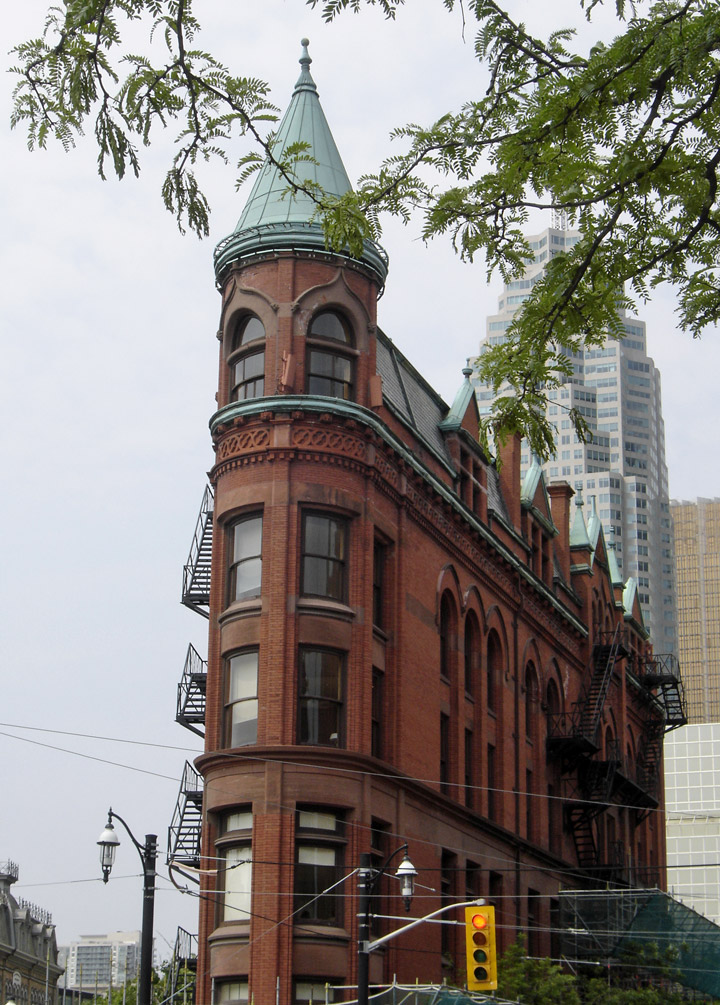 Some of the most interesting architecture in the city can be found in St. Lawrence, one notable landmark is the Flatiron building, known for its distinct narrow, wedge shape where Wellington St. merges with Front. Built in 1892, it was the first of this type of building constructed in North America. If viewed from the east, the wedge can be seen in the foreground with the financial skyscrapers and the CN tower rising in the background. 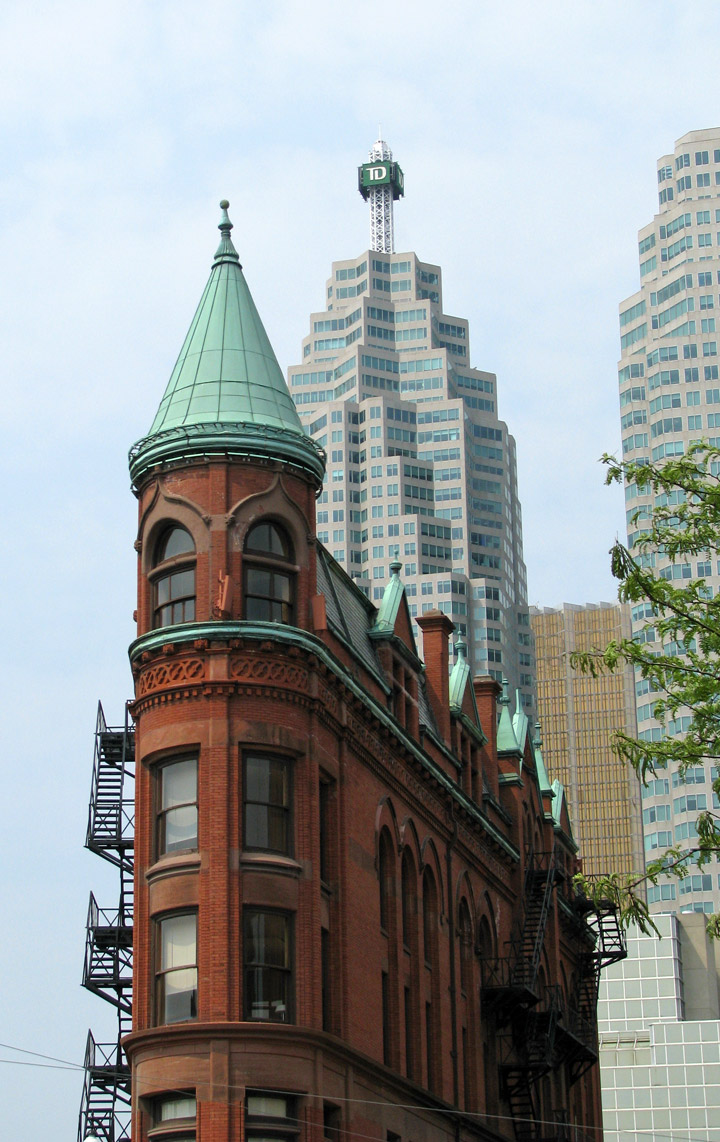 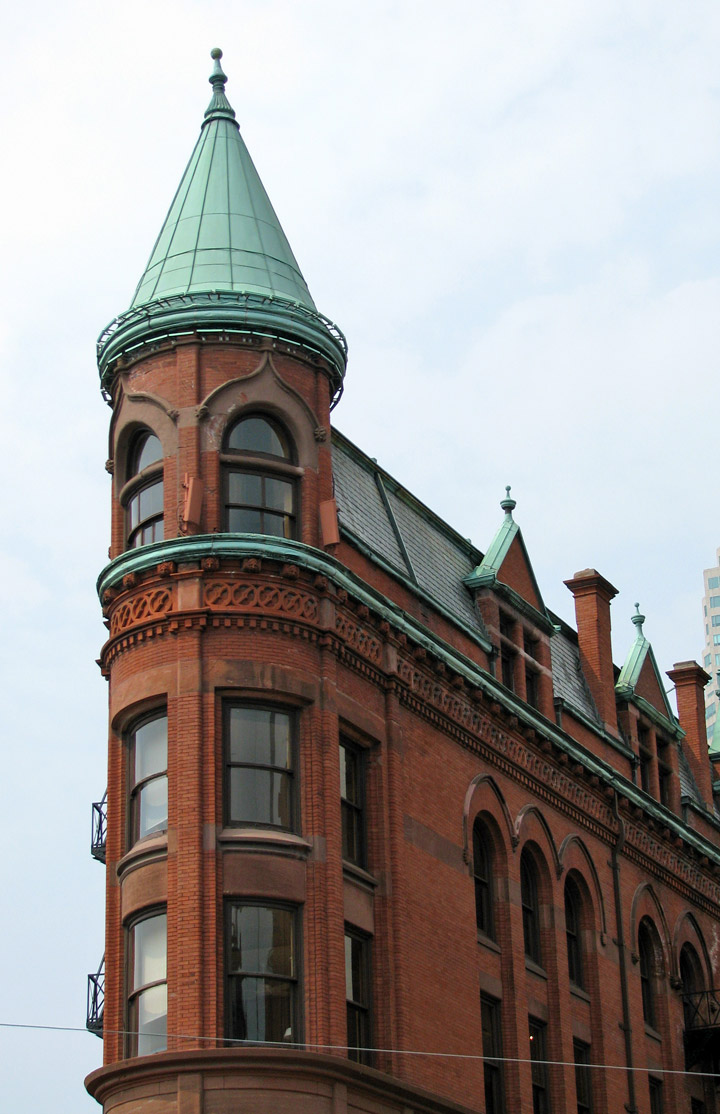 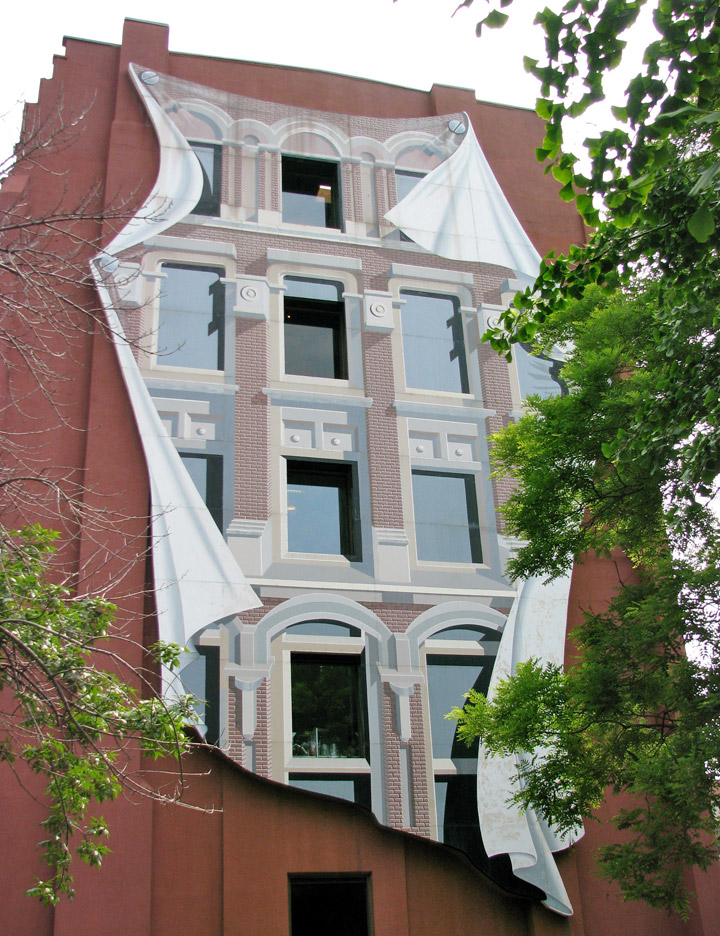 Mural on back of the Flatiron building 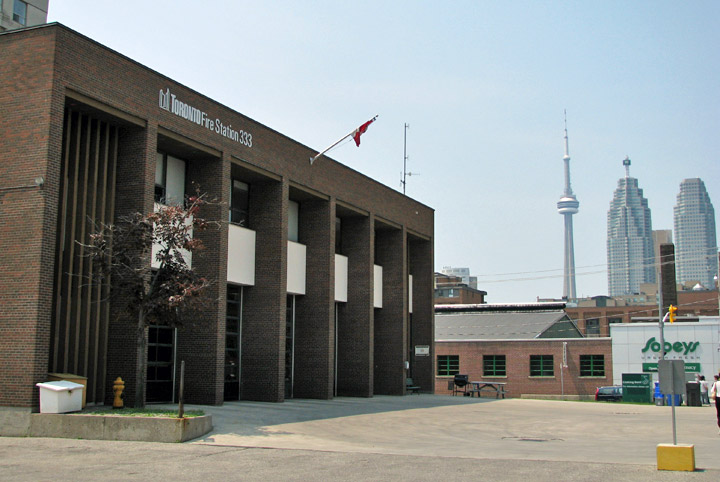 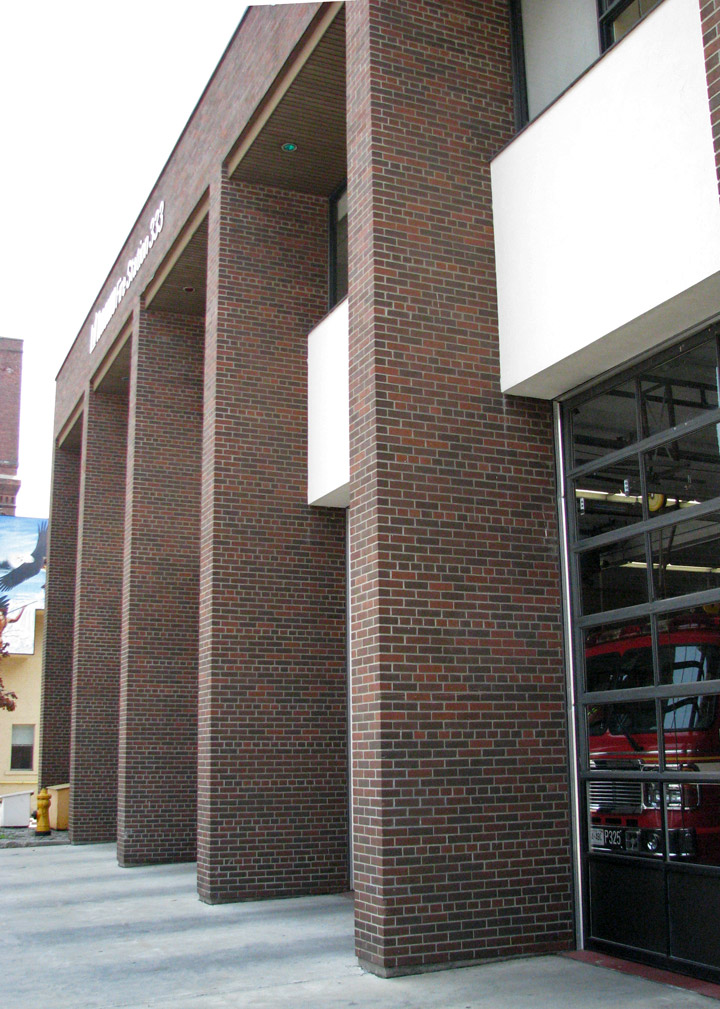 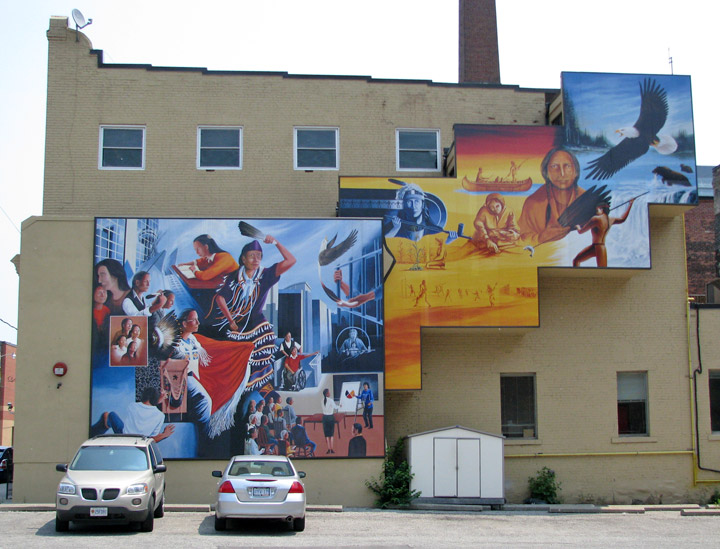 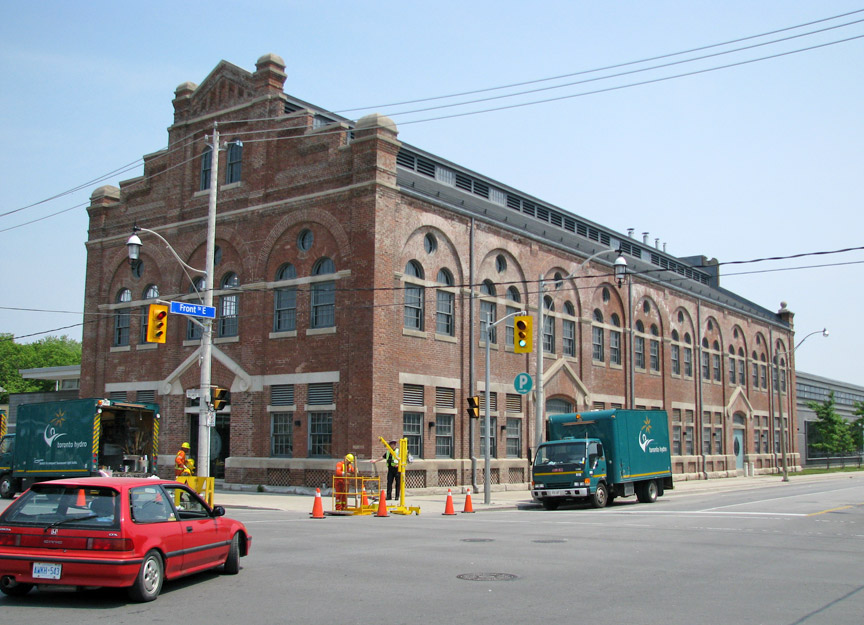 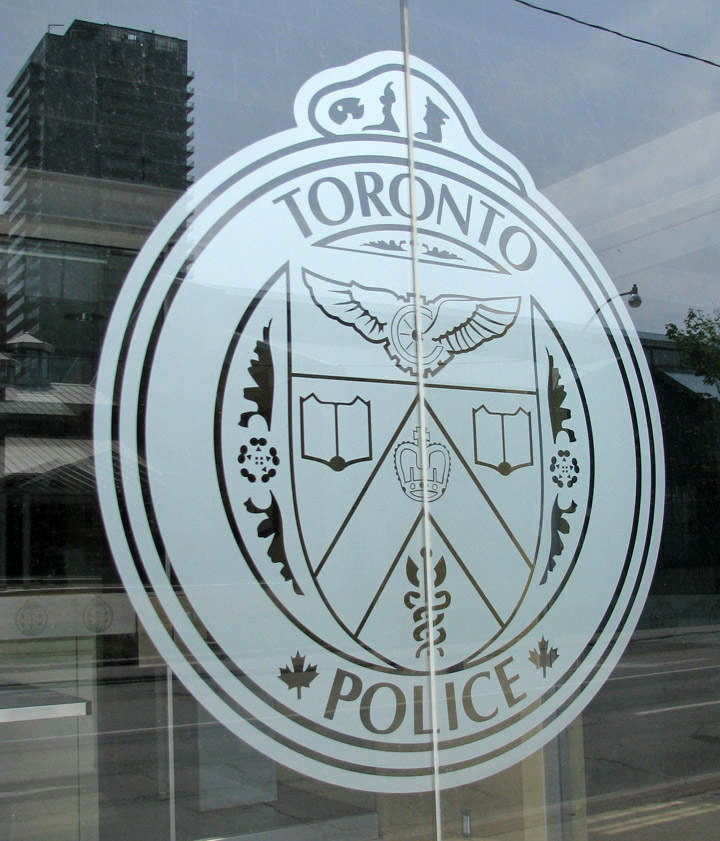