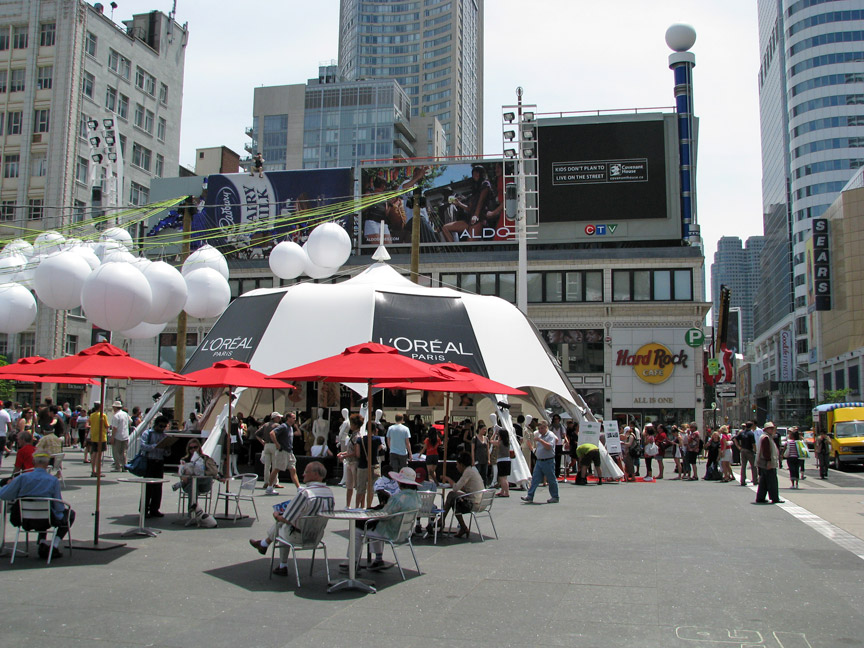 Yonge-Dundas Square, a newer square not far from City Hall, has also gained attention in recent years as one of the busiest gathering spots in the city. Other squares include Harbourfront Square, on the revitalized Toronto waterfront, and the civic squares at the former city halls of the defunct Metropolitan Toronto, most notably Mel Lastman Square in North York. 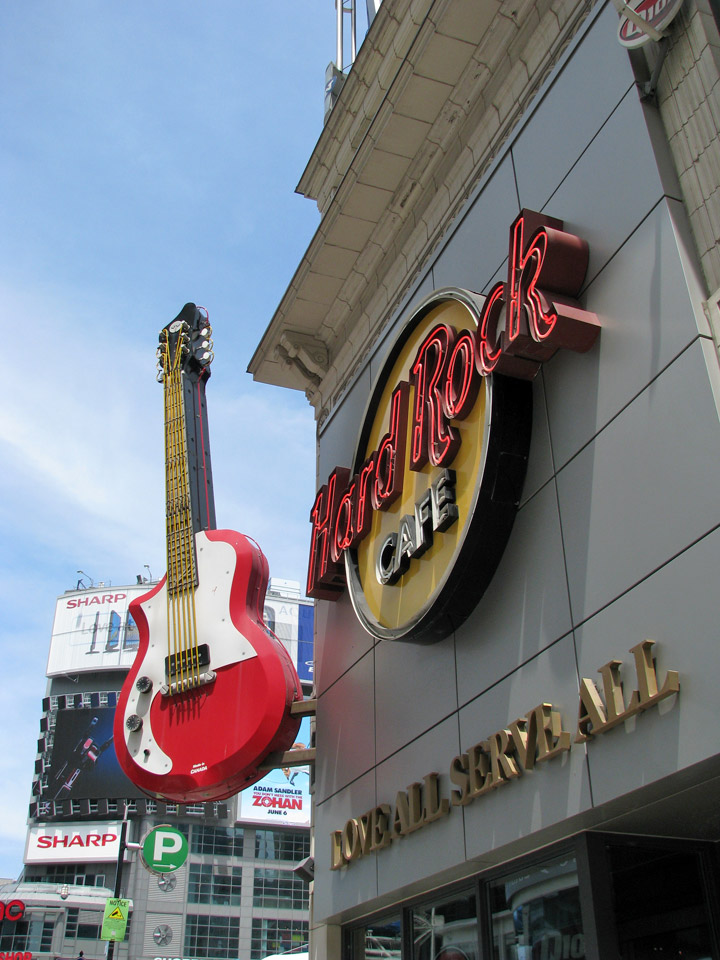 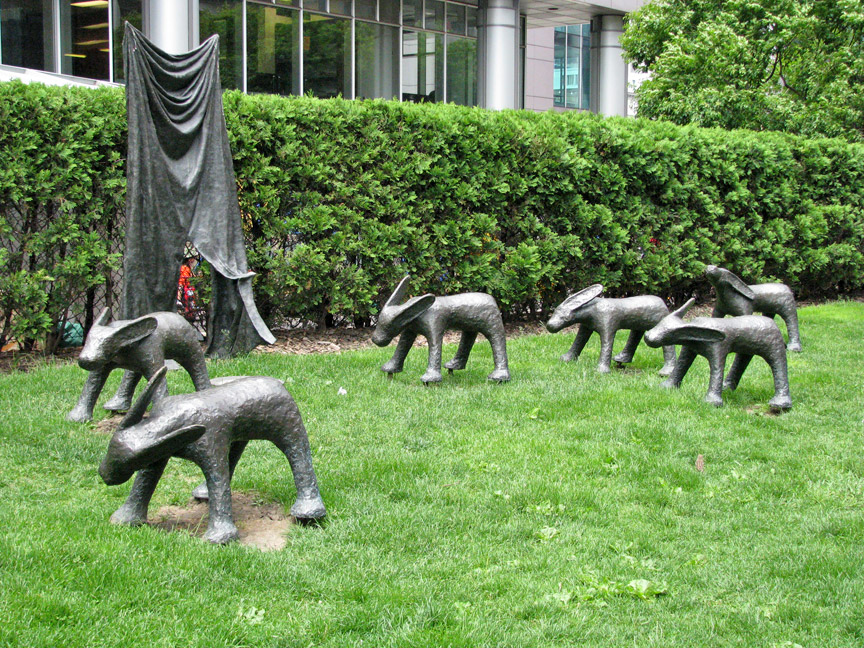 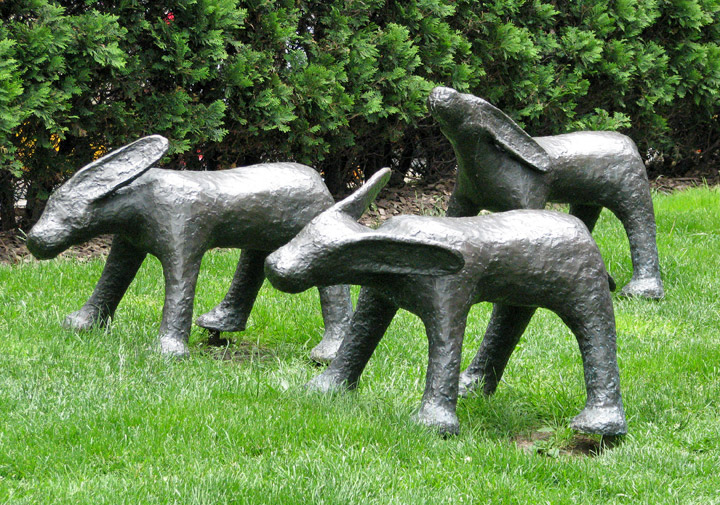 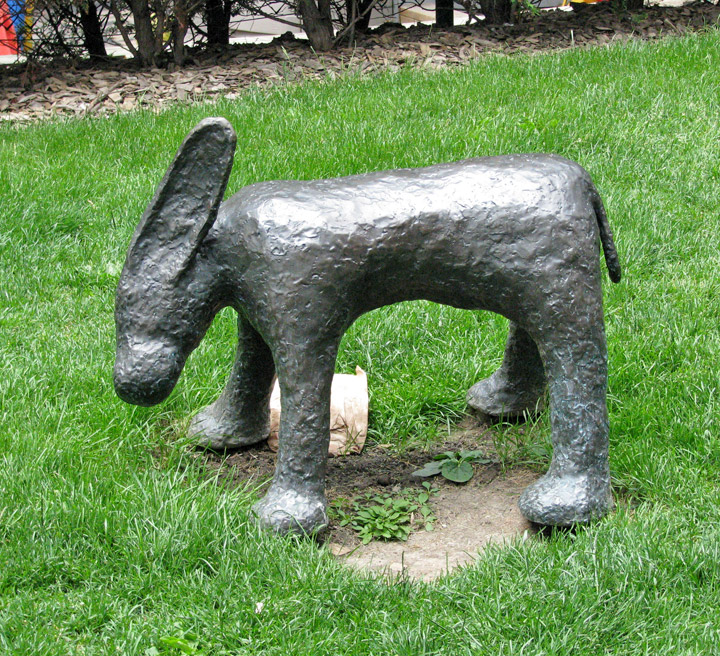 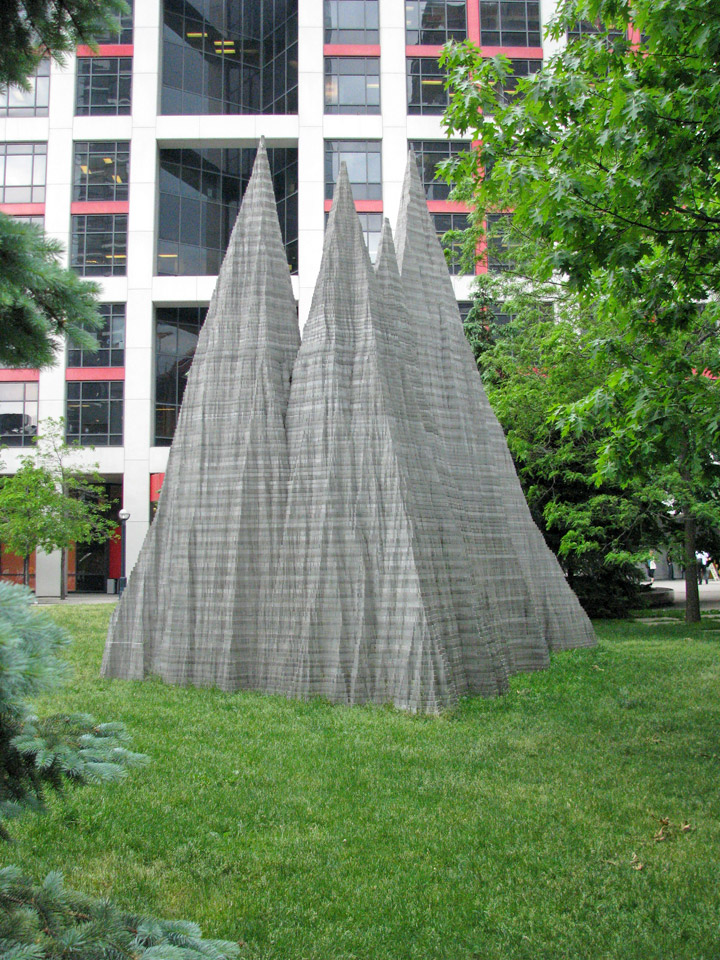 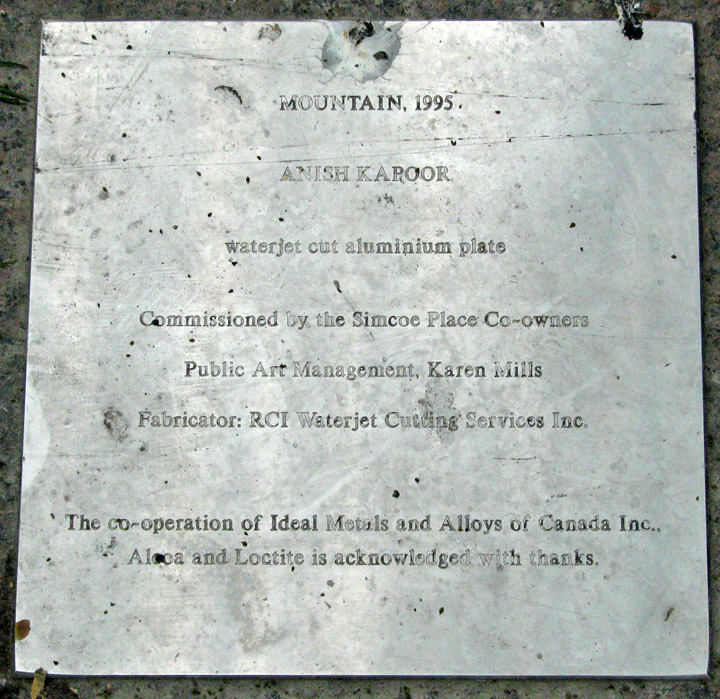 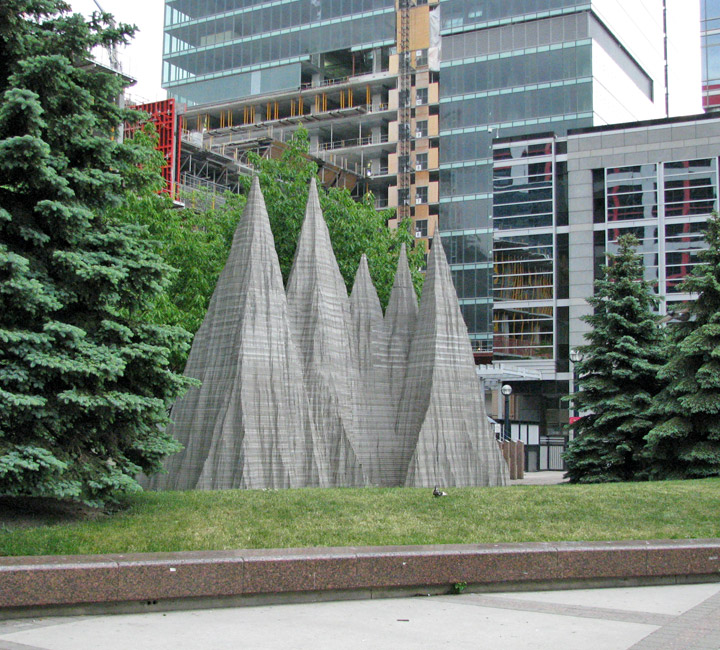 West 8, a Dutch architecture firm, won the Central Waterfront Innovative Design Competition in 2006 to redesign the central part of the Toronto waterfront. 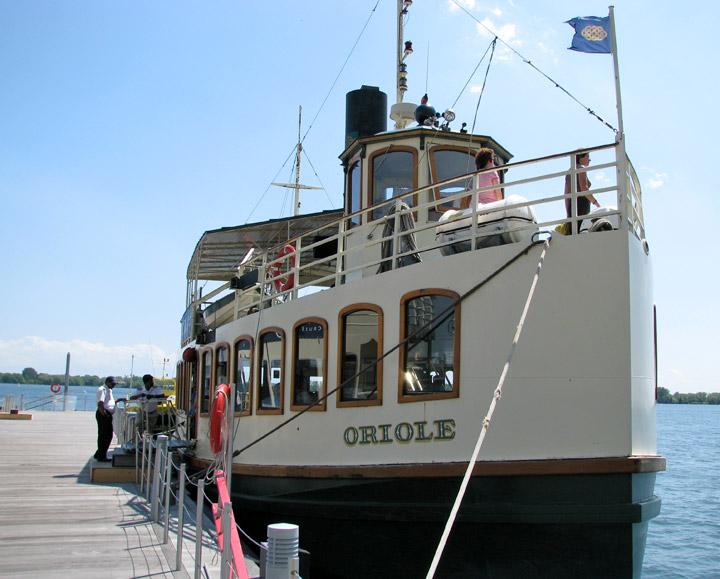 More Photos of the Harborfront

In 1999, Downsview Park initiated an international design competition to realize its vision of creating Canada's first national urban park. In May 2000, the winning park design was announced: "TREE CITY", by the team of Bruce Mau Design, Office for Metropolitan Architecture, Oleson Worland Architect and Inside/Outside. 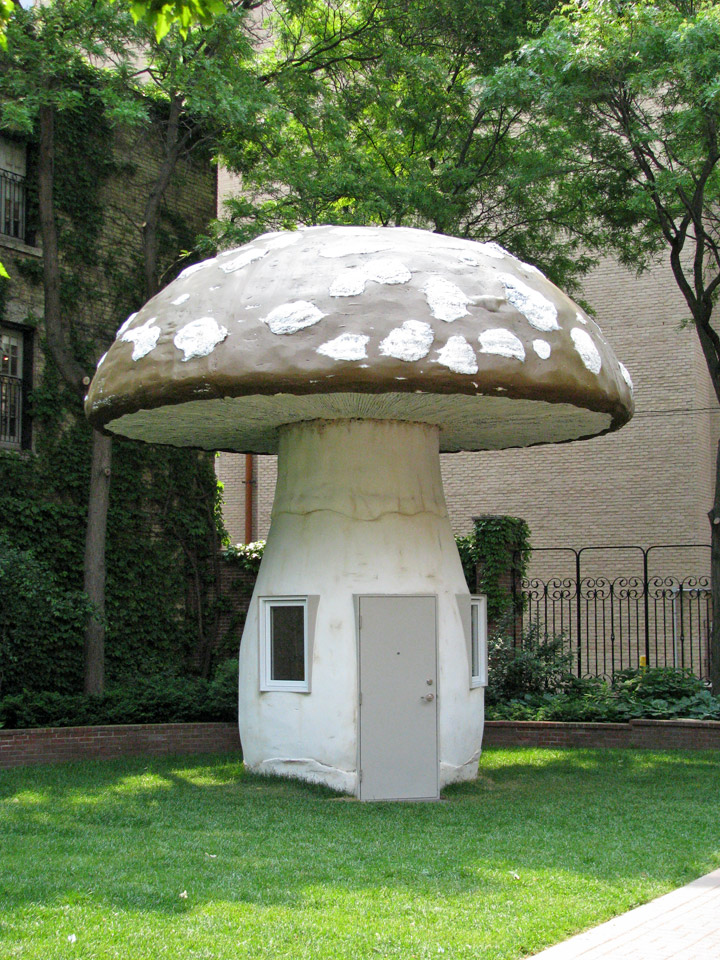 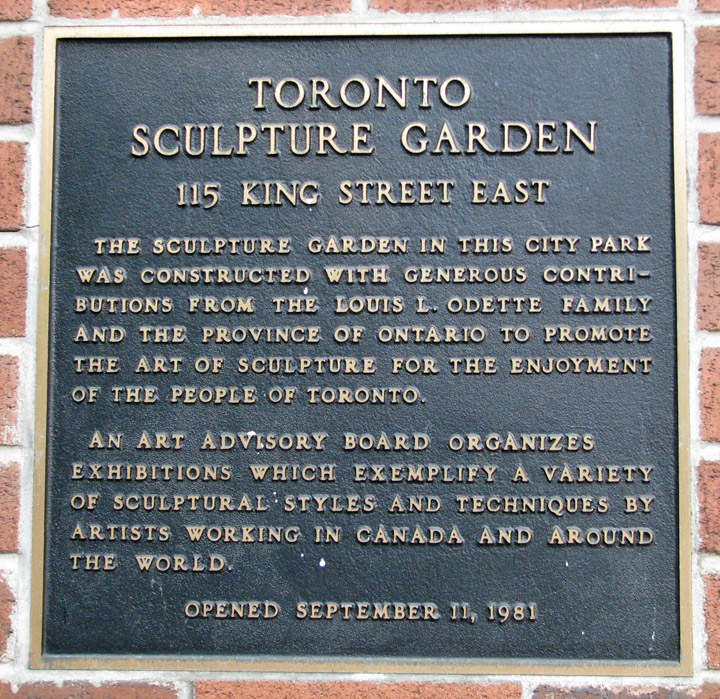 Toronto is a major scene for theatre and other performing arts, with more than fifty ballet and dance companies, six opera companies, and two symphony orchestras. The city is home to the National Ballet of Canada, the Canadian Opera Company, and the Toronto Symphony Orchestra. Notable performance venues include the Four Seasons Centre for the Performing Arts, Roy Thomson Hall, the Princess of Wales Theatre, the Royal Alexandra Theatre, Massey Hall, the Toronto Centre for the Arts, the Elgin and Winter Garden Theatres and the Hummingbird Centre (formerly the "O'Keefe Centre"). Ontario Place features the world's first permanent IMAX movie theatre, the Cinesphere, as well as the Molson Amphitheatre, an open-air venue for large-scale music concerts. Each summer, the Canadian Stage Company presents an outdoor Shakespeare production in Toronto’s High Park called "Dream in High Park". Canada's Walk of Fame acknowledges the achievements of successful Canadians, with of a series of stars on designated blocks of sidewalks along King Street and Simcoe Street. 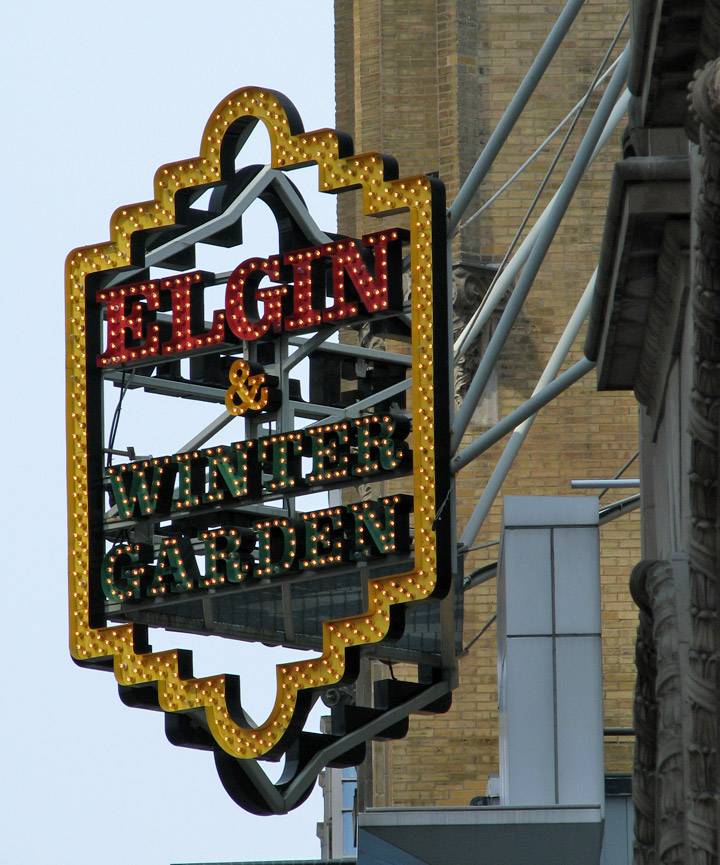 The Distillery District is a pedestrian village containing boutiques, art galleries, restaurants, artist studios and small breweries, including the well-known Mill Street Brewery. A new theatre in the district, the Young Centre for the Performing Arts, is the home of the Soulpepper Theatre Company and the drama productions of nearby George Brown College. 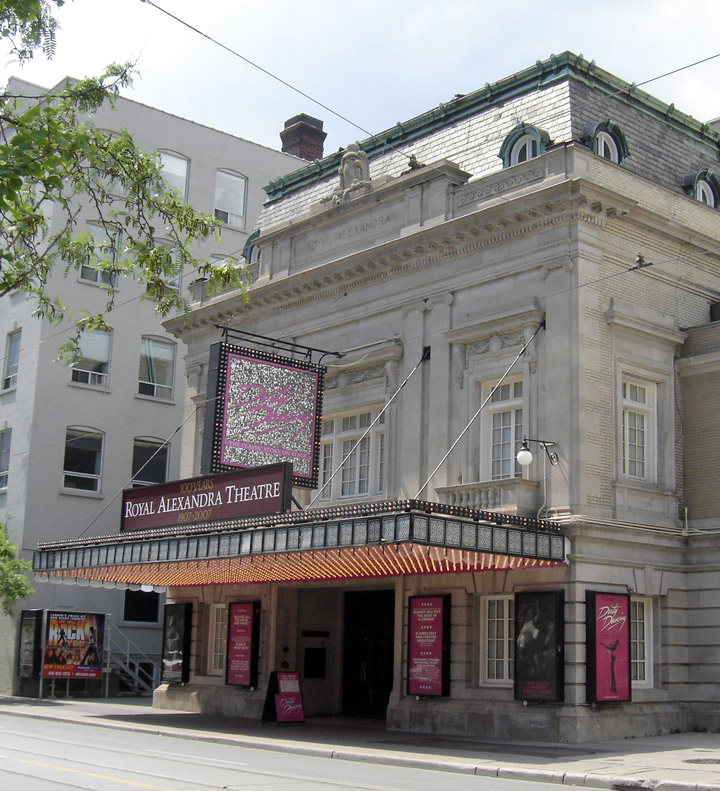 More Photos of Theaters and Entertainment in Toronto

The production of domestic and foreign film and television is a major local industry. Many movie releases are screened in Toronto prior to wider release in North America. The Toronto International Film Festival is one of the most important annual events for the international film industry. Europe's largest film studio, Pinewood Studios Group of London, is scheduled to open a major new film studio complex in west-end Toronto, with five sound stages, with the first two to open by fall 2008. 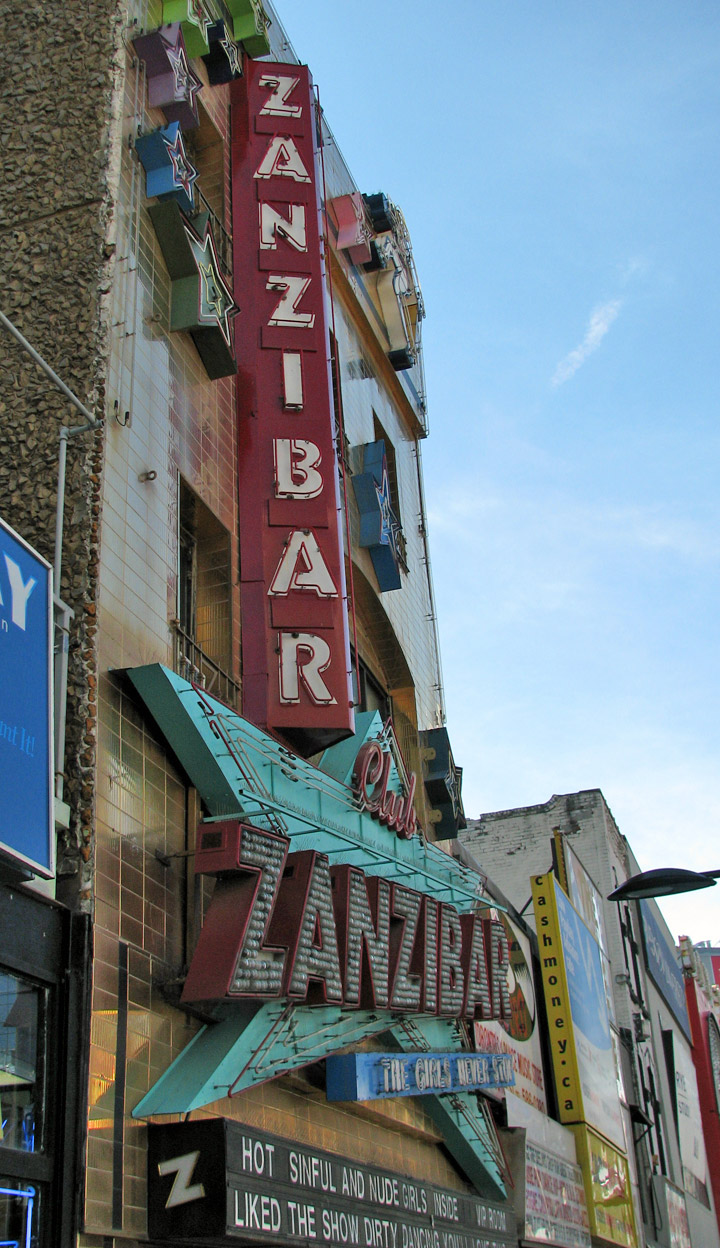 Toronto's Caribana festival takes place from mid-July to early August of every summer, and is one of North America's largest street festivals. Primarily based on the Trinidad and Tobago Carnival, the first Caribana took place in 1967 when the city's Caribbean community celebrated Canada's Centennial year. Forty years later, it has grown to attract one million people to Toronto's Lake Shore Boulevard annually. Tourism for the festival is in the hundred thousands, and each year, the event generates about $300 million in revenue. 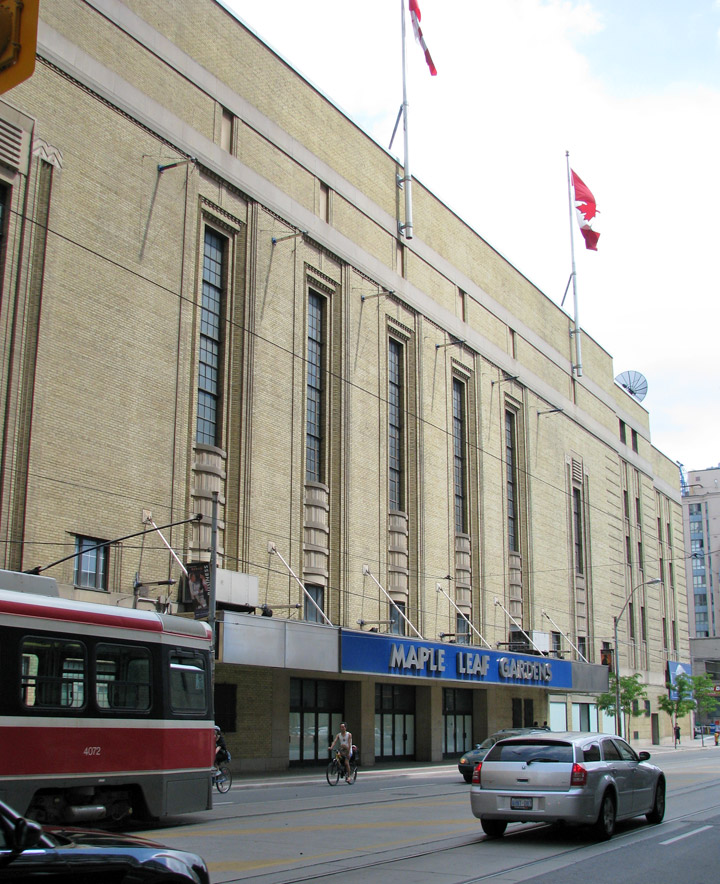 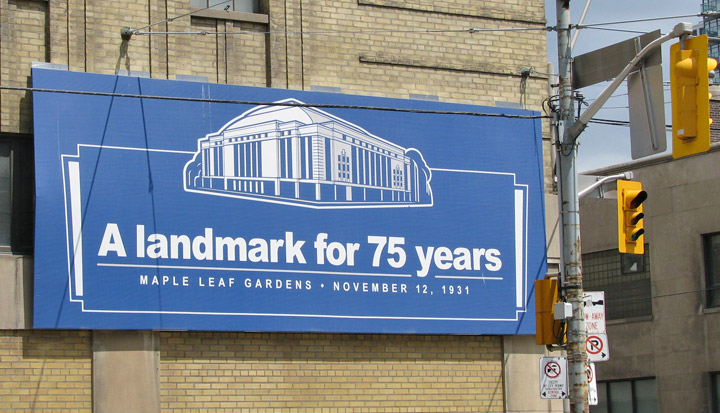 Pride Week in Toronto takes place in mid-June, and is one of the largest LGBT festivals in the world. One of the largest events in the city, it attracts more than one million people from around the world. Toronto is a major centre for gay and lesbian culture and entertainment, and the gay village is located in the Church and Wellesley area of Downtown. 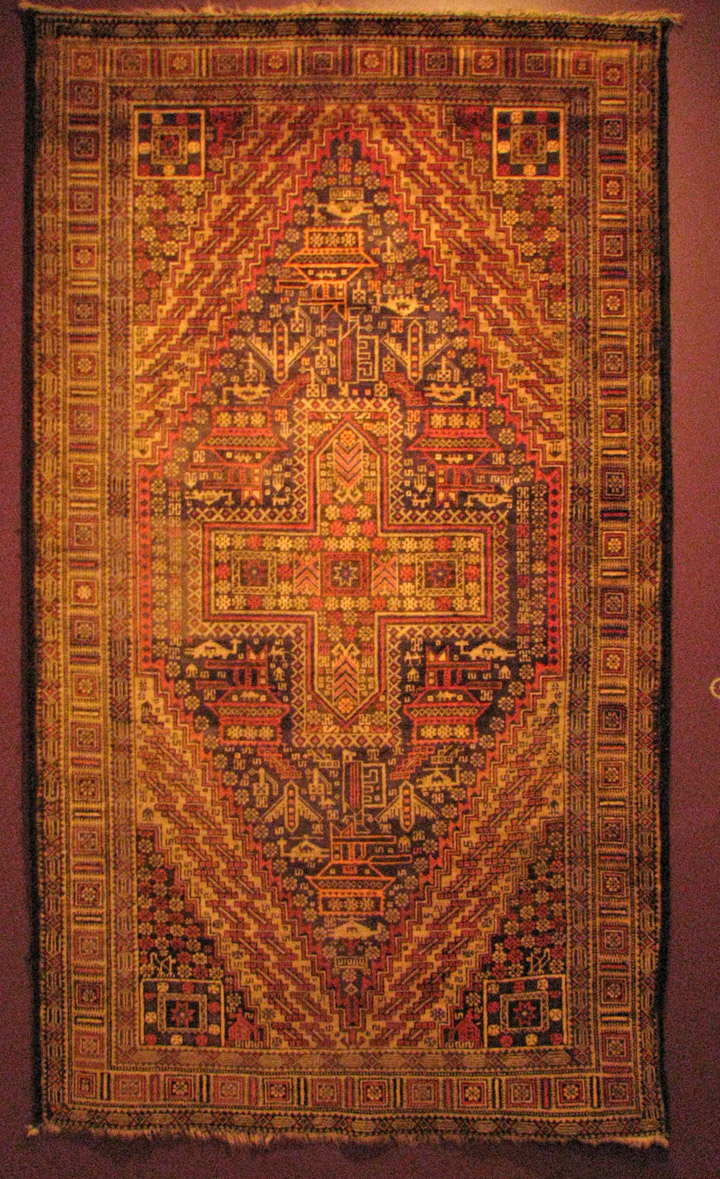 More Photos from the Textile Museum

Toronto is currently ranked 14th in the world with over 4 million tourist arrivals a year. Toronto's most prominent landmark is the CN Tower, which stood as the tallest free-standing land structure in the world at 553 meters (1,815 ft). To the surprise of its creators, the tower held the world record for over 30 years. 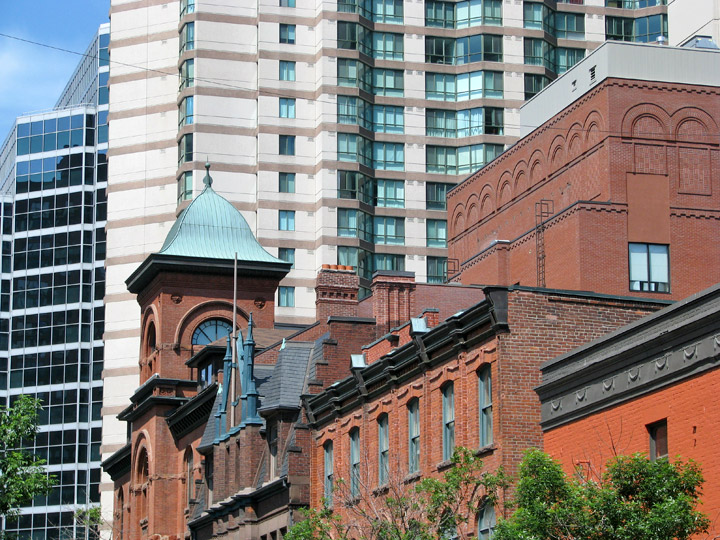 The Royal Ontario Museum (ROM) is a major museum for world culture and natural history. The Toronto Zoo, one of the largest in the world, is home to over 5,000 animals representing over 460 distinct species. The Art Gallery of Ontario contains a large collection of Canadian, European, African and contemporary artwork. The Gardiner Museum of ceramic art which is the only museum in Canada entirely devoted to ceramics and the Museum's collection contains more than 2,900 ceramic works from Asia, the Americas, and Europe. The Ontario Science Centre always has new hands-on activities and science displays particularly appealing to children, and the Bata Shoe Museum also features many unique exhibitions. The Don Valley Brick Works is a former industrial site, which opened in 1889, and has recently been restored as a park and heritage site. The Canadian National Exhibition is held annually at Exhibition Place, and it is the oldest annual fair in the world. It is Canada's largest annual fair and the fifth largest in North America, with an average attendance of 1.25 million. 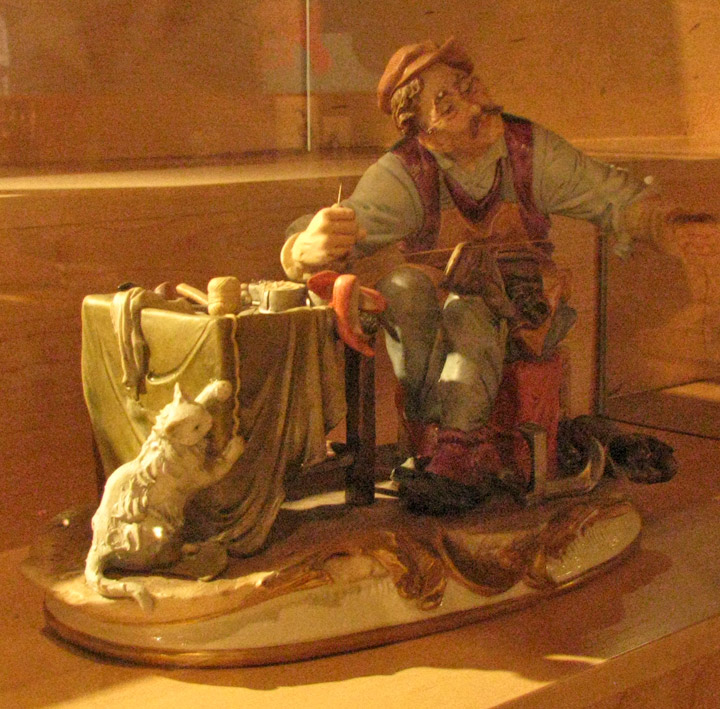 from the Bata Shoe Museum

The Yorkville neighborhood is one of Toronto's most elegant shopping and dining areas. On many occasions, celebrities from all over North America can be spotted in the area, especially during the Toronto International Film Festival. The Toronto Eaton Centre is one of North America's top shopping destinations, and Toronto's most popular tourist attraction with over 52 million visitors annually. 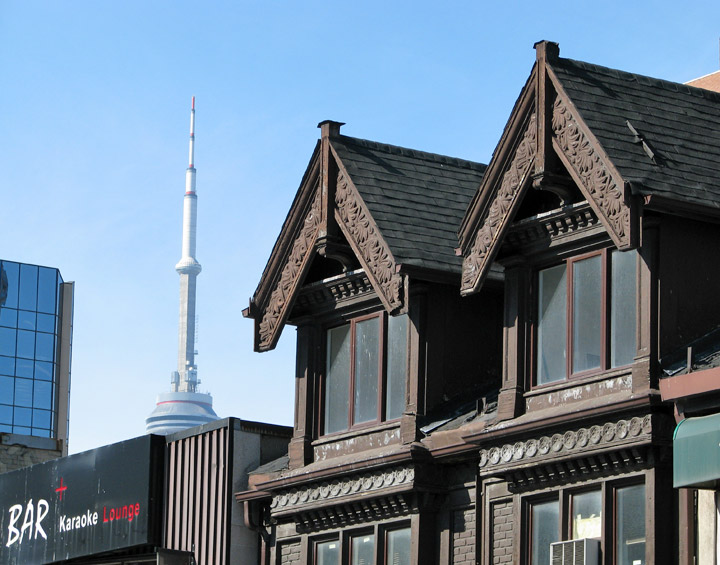 Greektown on the Danforth, is another one of the major attractions of Toronto which boasts one of the highest concentrations of restaurants per kilometre in the world. It is also home to the annual "Taste of the Danforth" festival which attracts over one million people in 2 1/2 days. Toronto is also home to Canada's most famous "castle" - Casa Loma, the former estate of Sir Henry Pellatt, a prominent Toronto financier, industrialist and military man. Other notable neighborhoods and attractions include The Beaches, the Toronto Islands, Kensington Market, Fort York, and the Hockey Hall of Fame.