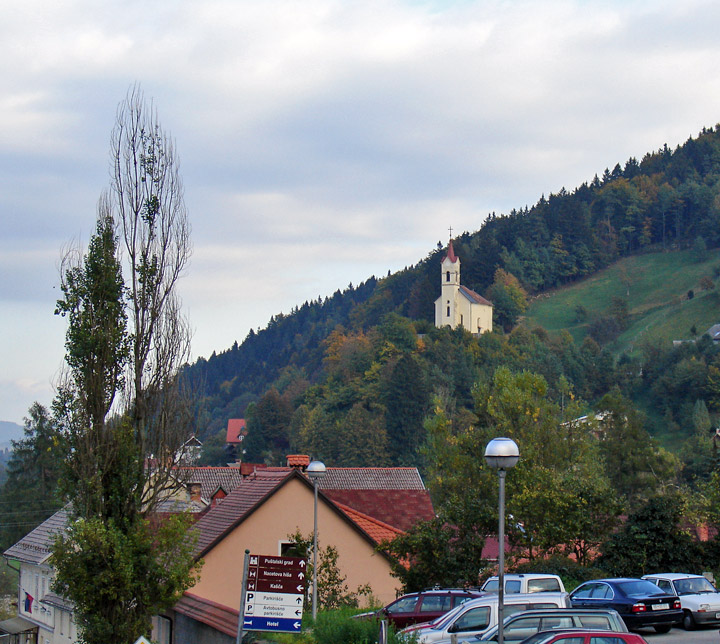 church on the hill

The Skofja Loka Hills lie at the foothills of the Julian Alps, this beautiful region of ravines and valleys offers great cycling and hiking – and the further west you go the higher the peaks become, Blegos being the highest at 1562m. Skofja Loka town is one of the oldest in Slovenia, and the 13th century Loka Castle overlooking the town is one of the prettiest! The town also hosts Venerina Pot (Path of Venus) a medieval inspired festival held on the last weekend in June. 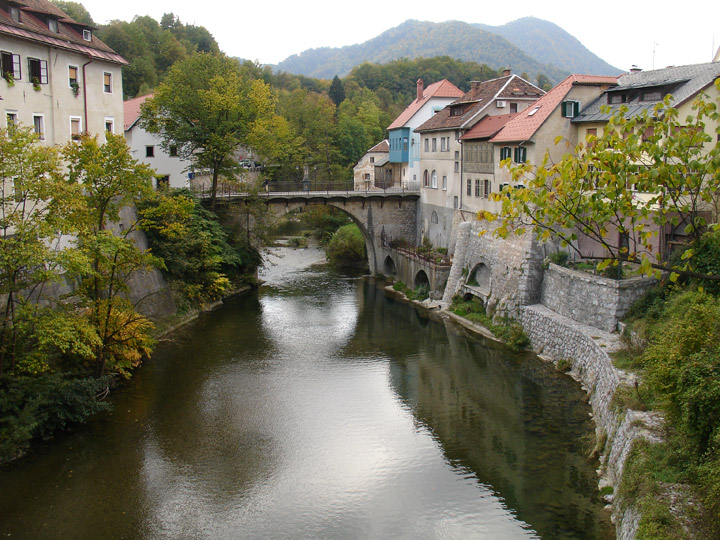 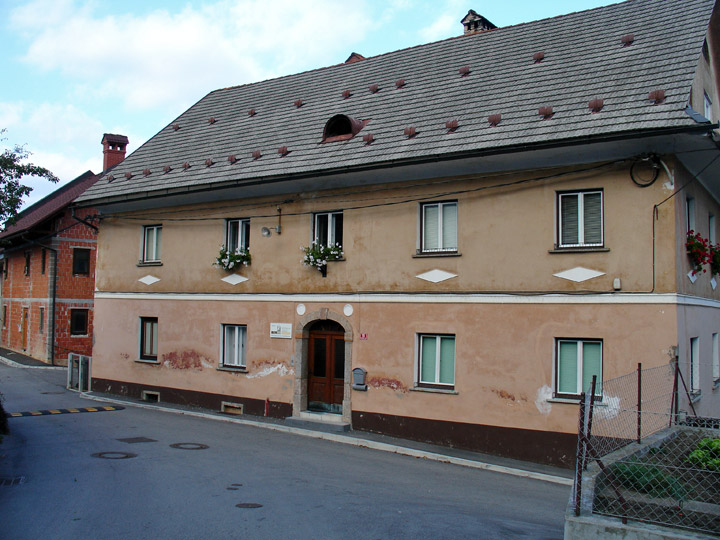 The town history began in 973 when German emperor Oton the second gave the territory of Loka as a present to Abraham the bishop of Freising in Bavaria. However Loka named in that deed of donation wasn't the nowadays Škofja Loka but it was a part of the town which is now known as Stara Loka. 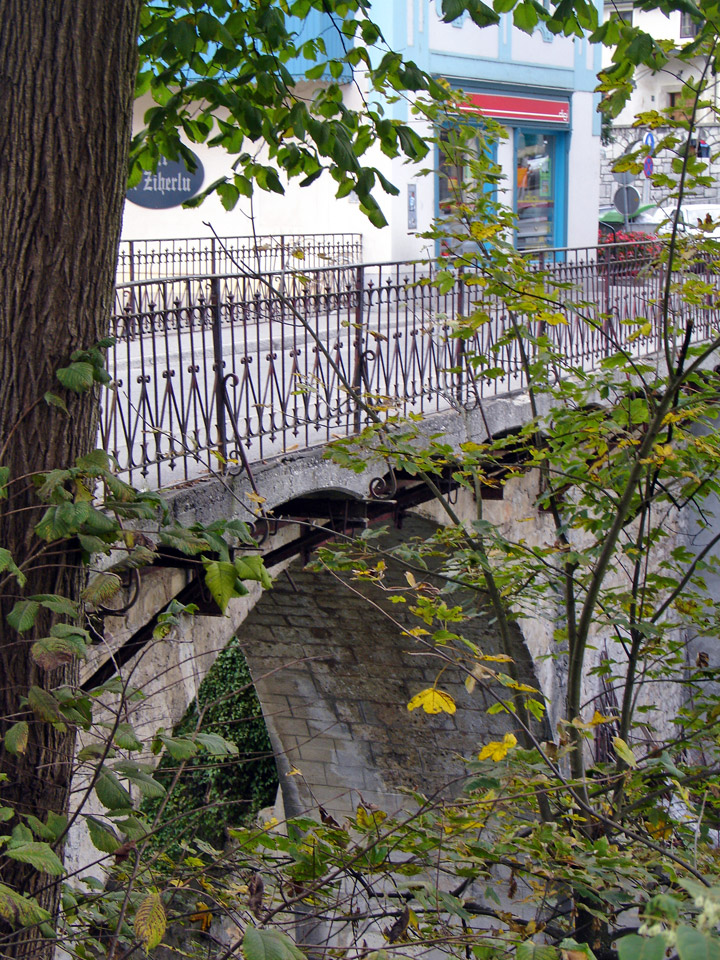 bridge over the river

In the Middle Ages the locality of Loka was starting to spread around the confluence of the rivers named Selška Sora and Poljanska Sora. The name of Loka stands for grassland by the river. Later on the bishops of Freising renamed administrative and economic centre of Loka's lordship to Škofja Loka (Bischoflack). In the document from 1274 the locality was signed as the town. For major safety purposes the town was secured by town wall constructed in the beginning of the 14th century. 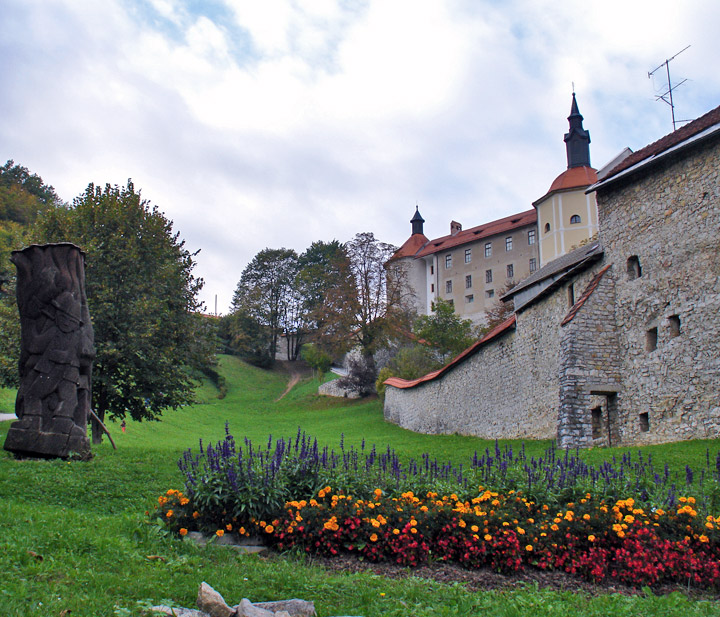 the castle and part of the town wall 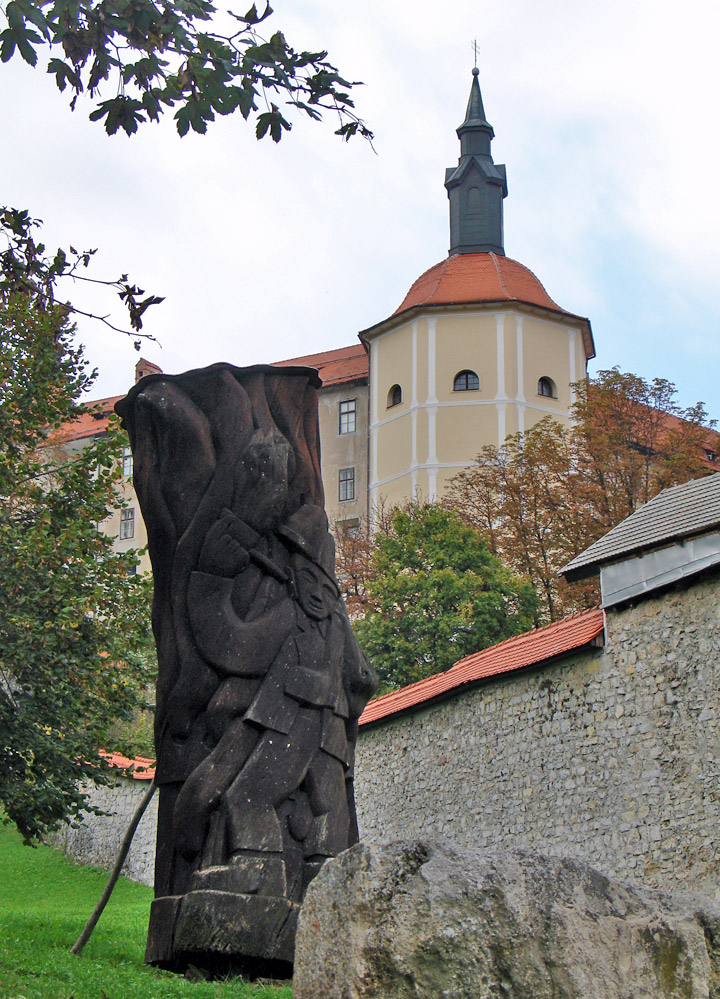 There were five gates leading through the town wall each of them protected by guarding tower; most of the town wall is still well preserved. The history shows us that the town was many times experienced by attack, plague, fire and earthquake. The worst of the earthquakes in 1511 had badly damaged the town which was later rebuilt by bishop Filip. 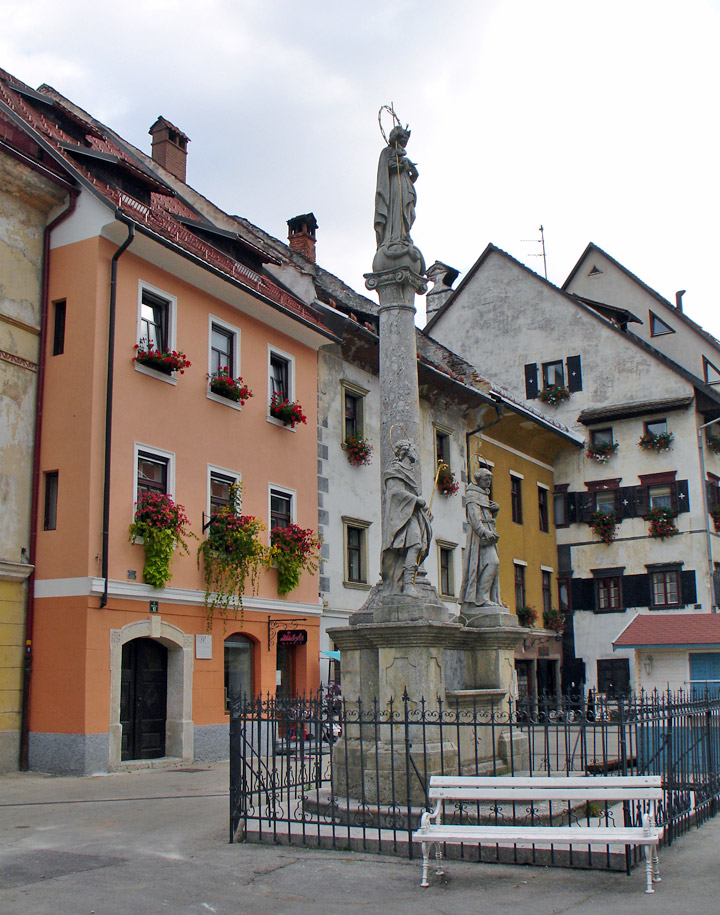 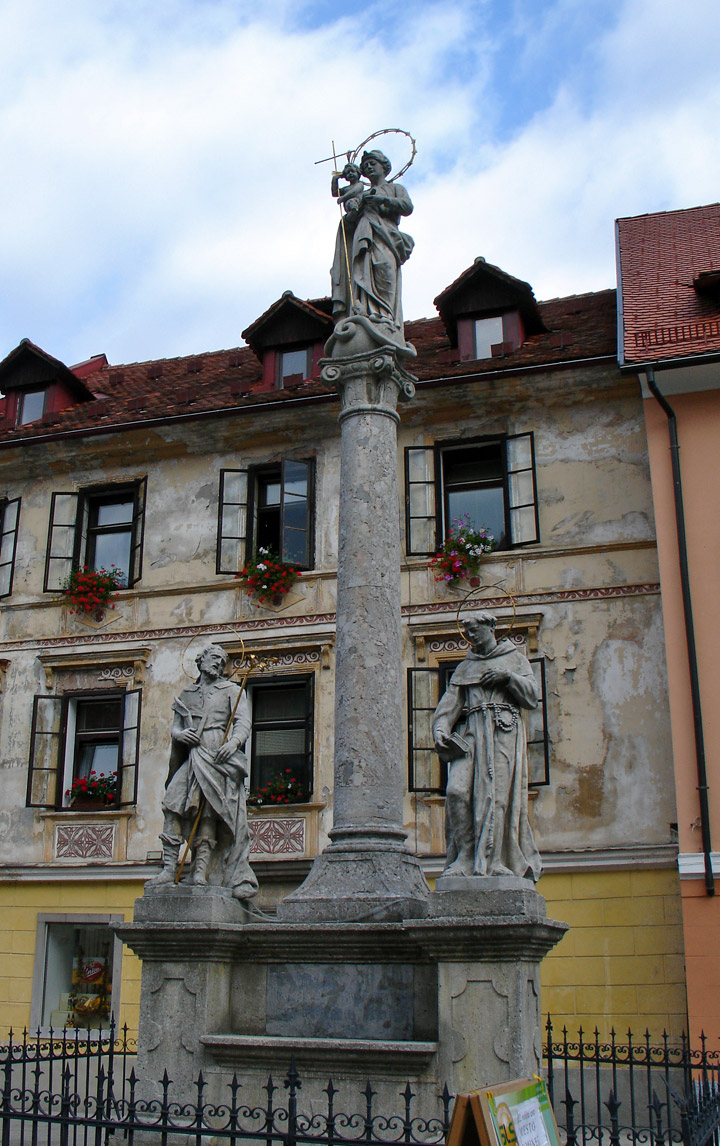 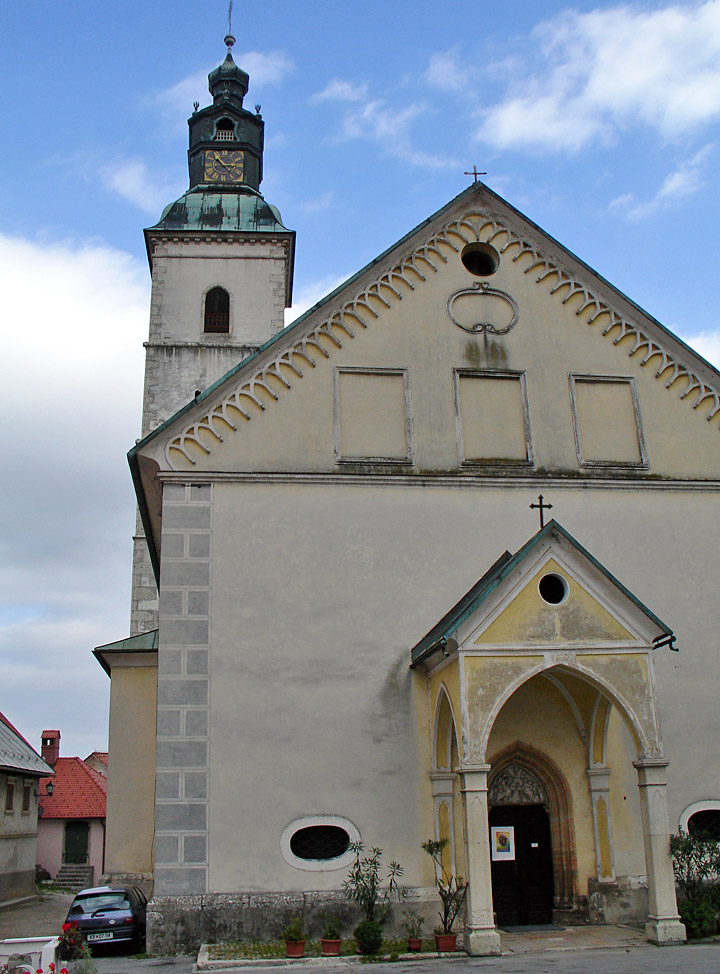 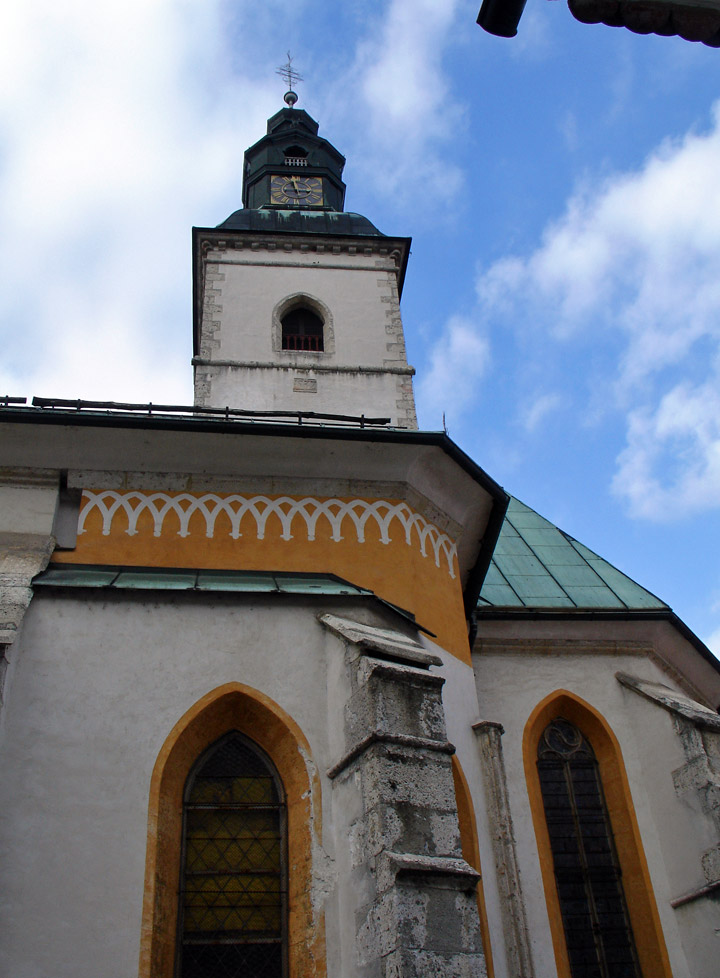 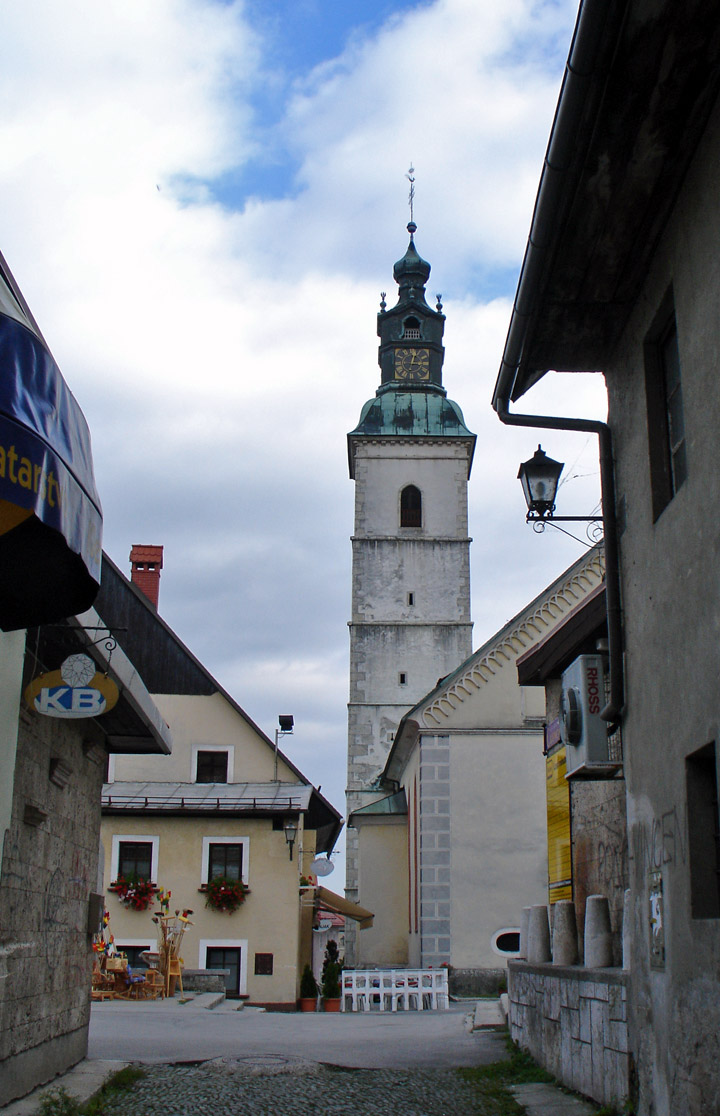 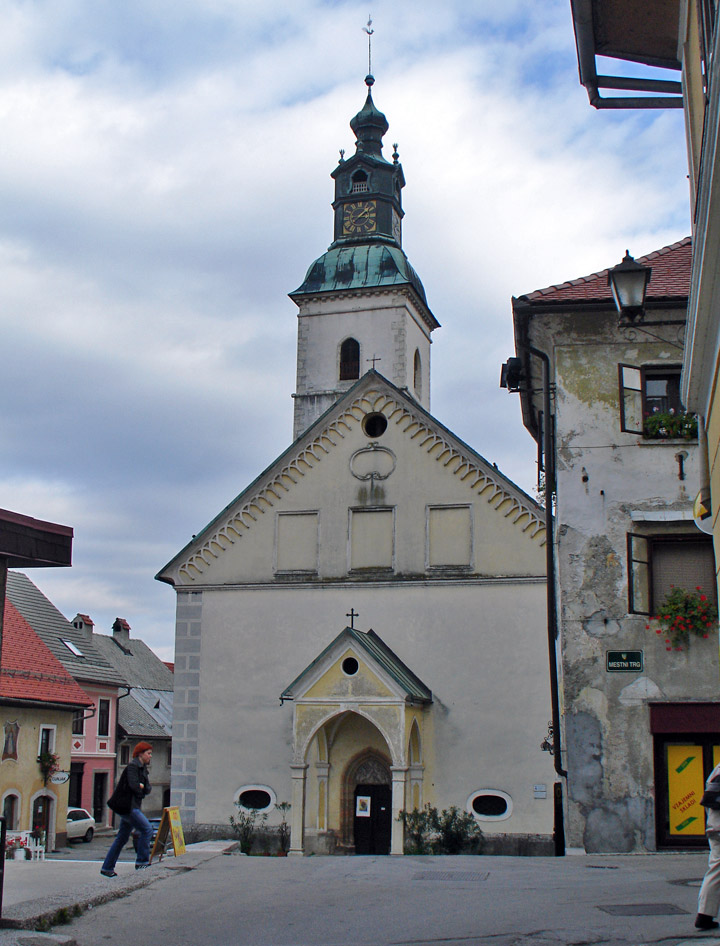 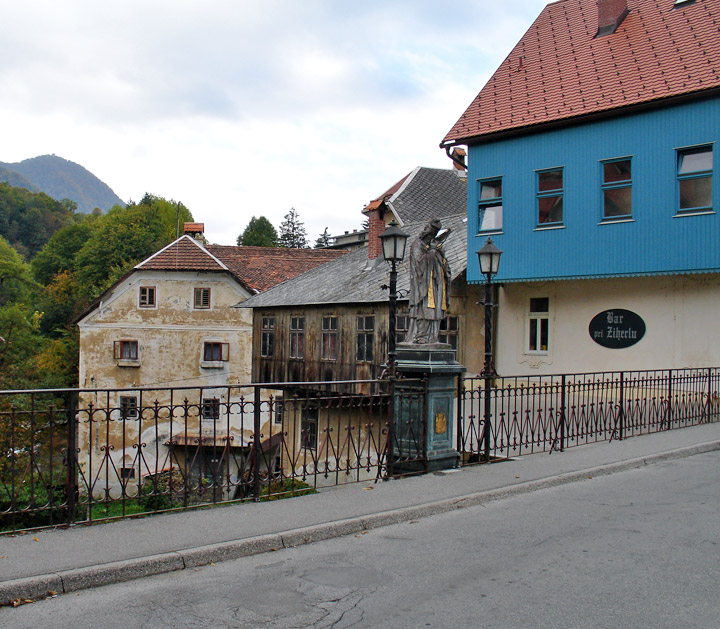 on the bridge over the river 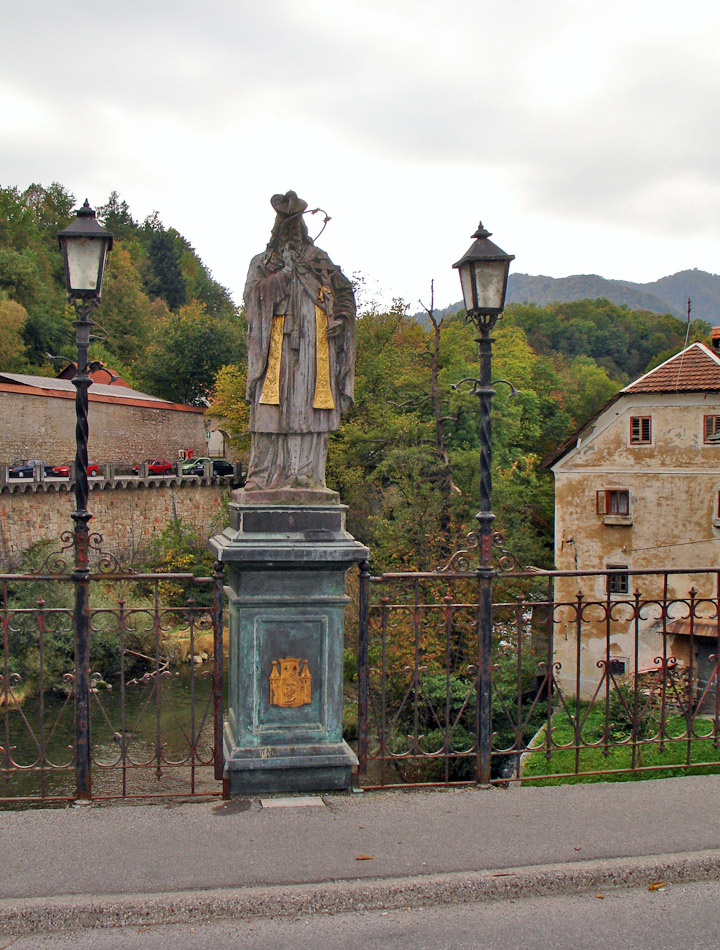 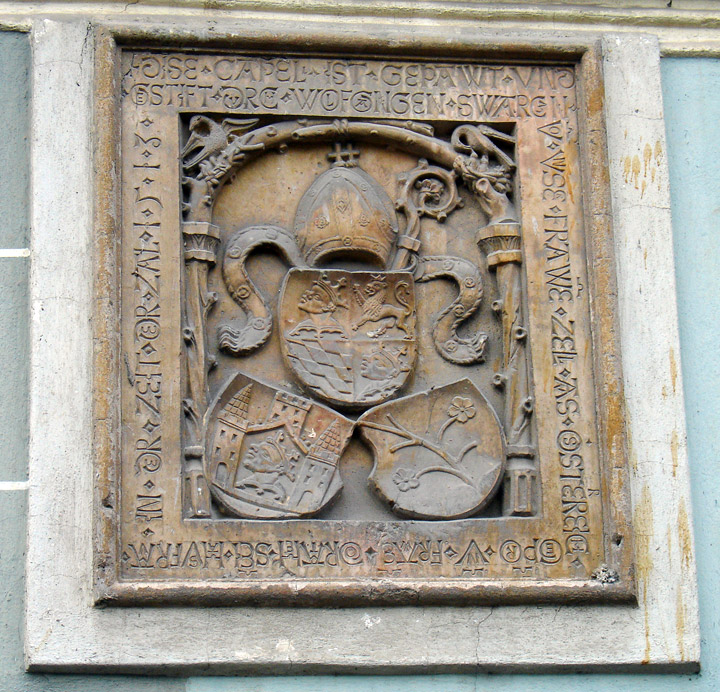 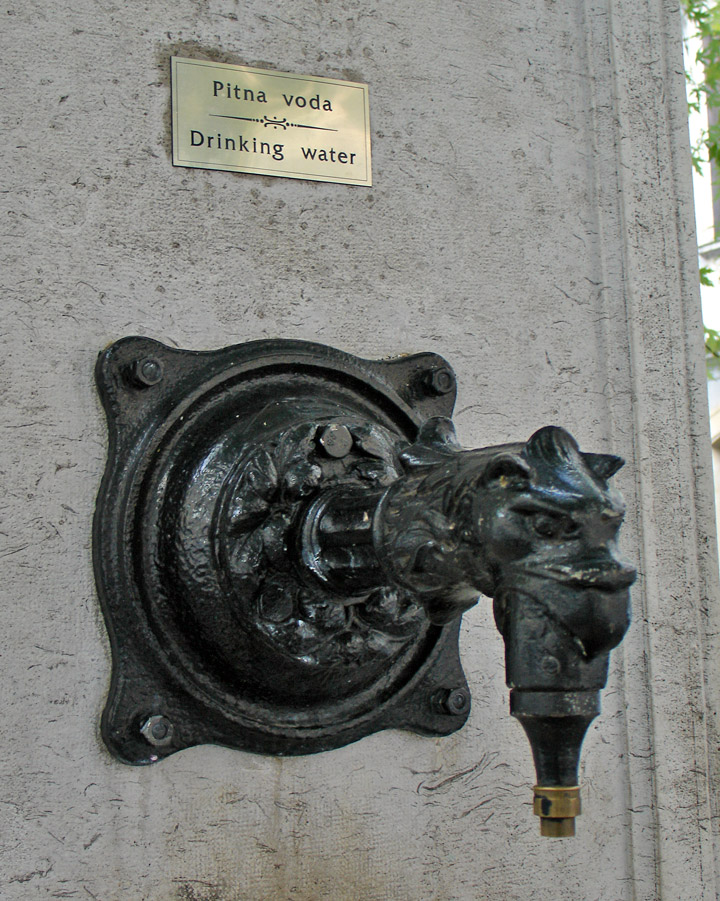 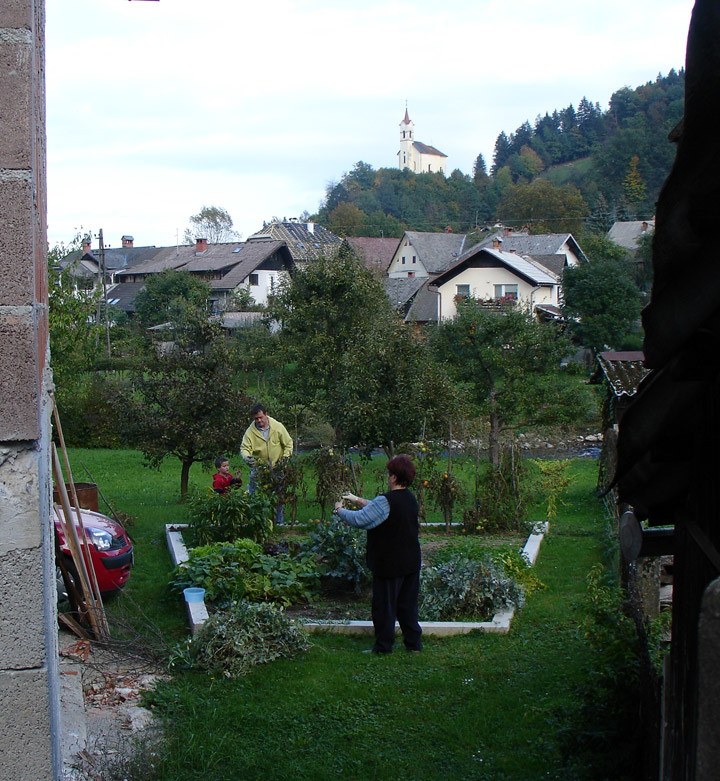 working in the garden 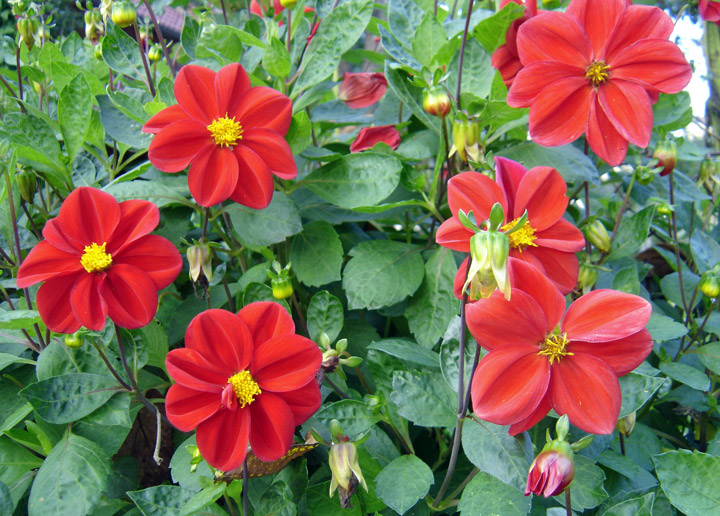 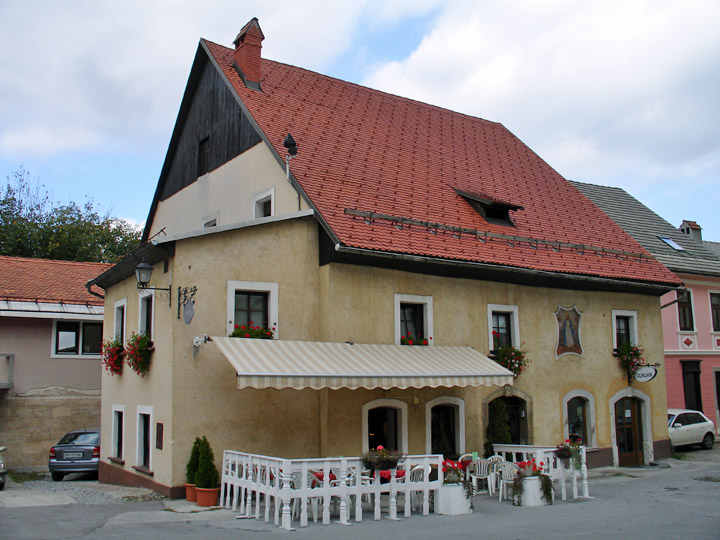 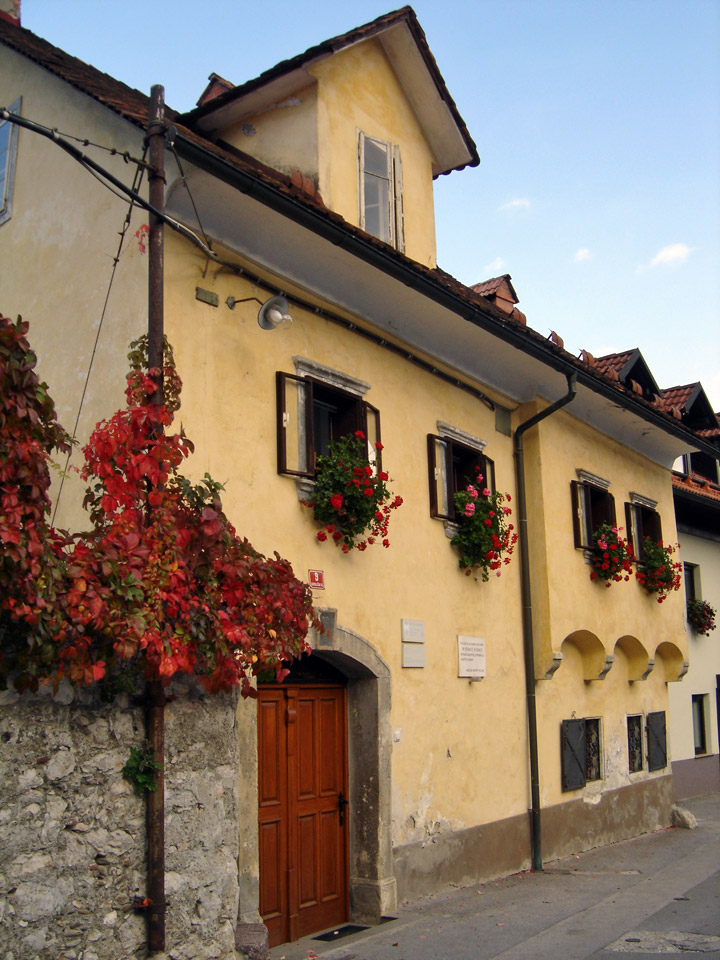 on an old town street

More Photos of the Old Town 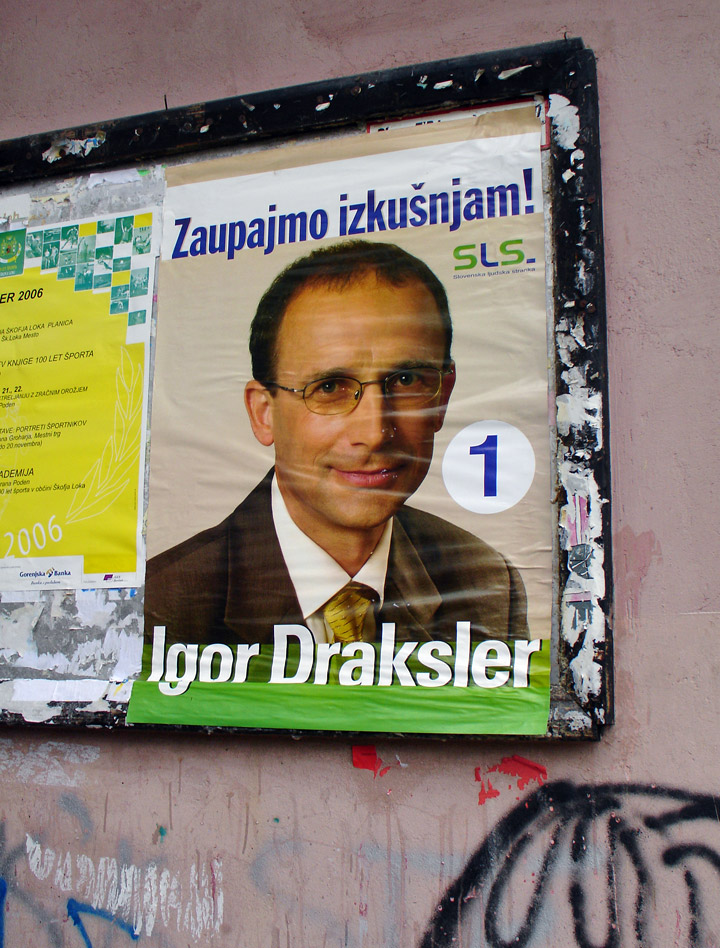 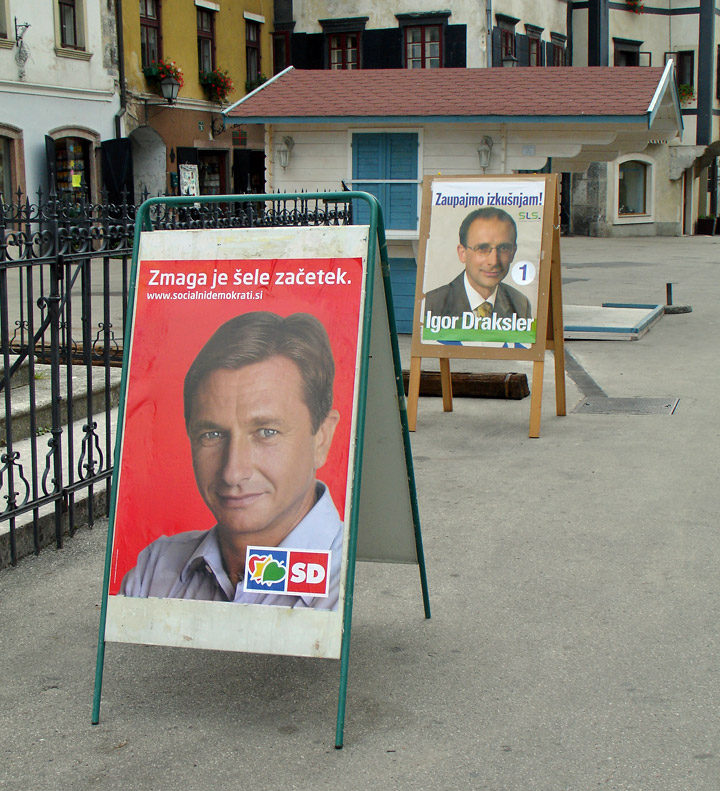 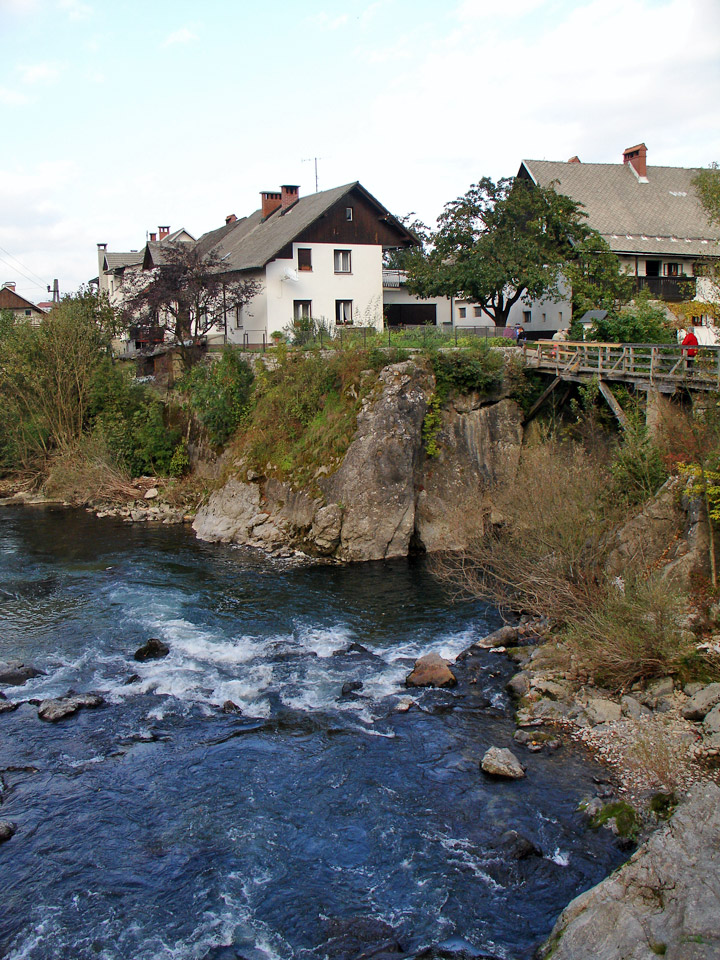 confluence of the rivers named Selška Sora and Poljanska Sora 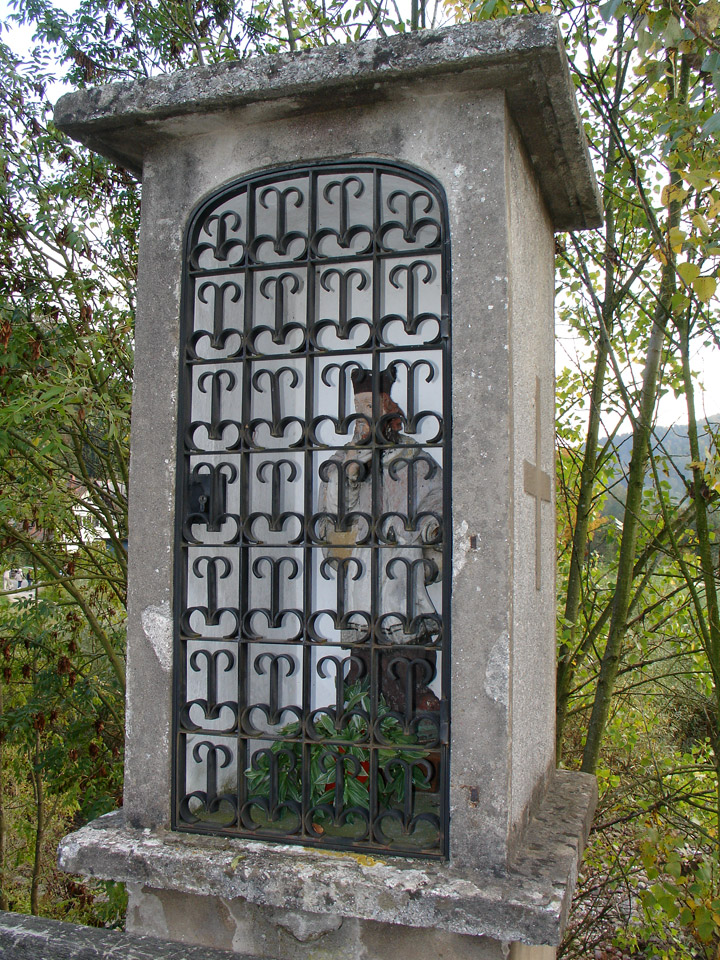 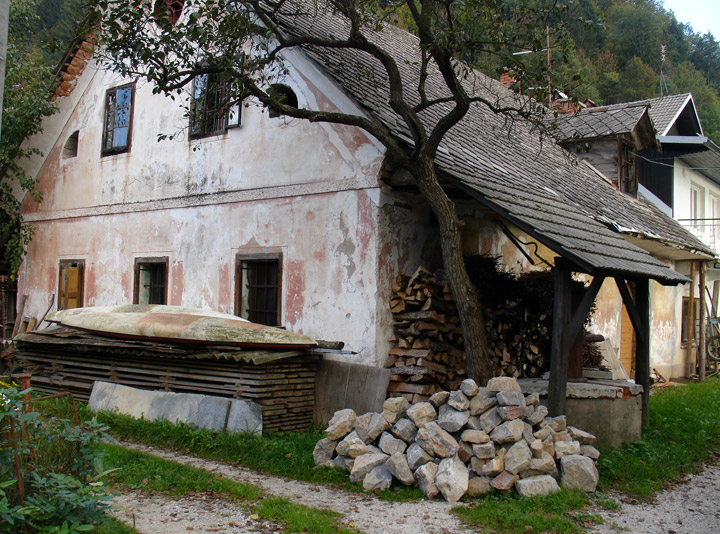 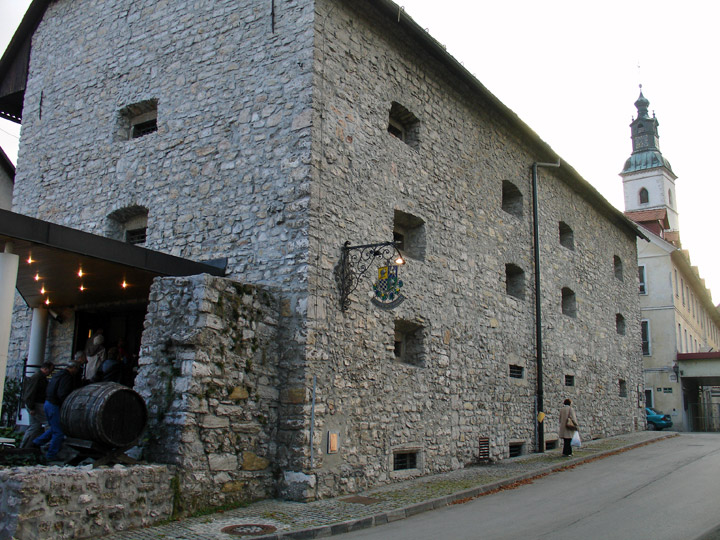 The Granary is one of the most respectable antiques in the town. In former shape it existed already before the earthquake in 1511. It was ordered to be completely renewed by the bishop Filip as it could be read on late Gothic renaissance modeled relief plate sealed by the bishop's seal; it is built-in on the front of the Granary. Beside the Castle the Granary was the most important building of the Landlords because in the Granary all of the natural taxes were kept. It was managed by special bishop's official - the granary-man. The Granary was then a part of the city walls. Nowadays there is permanent gallery of famous academic painter Franc Mihelič and in the basement there is good pub and wine-cellar. 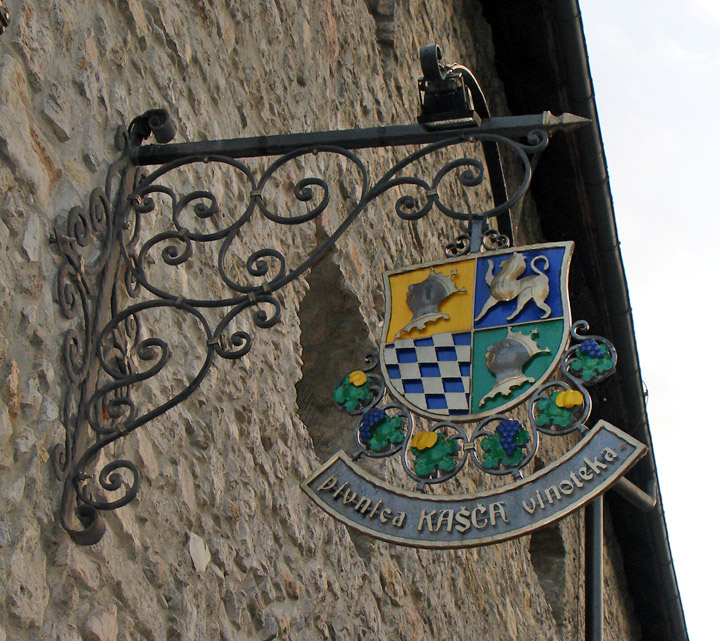 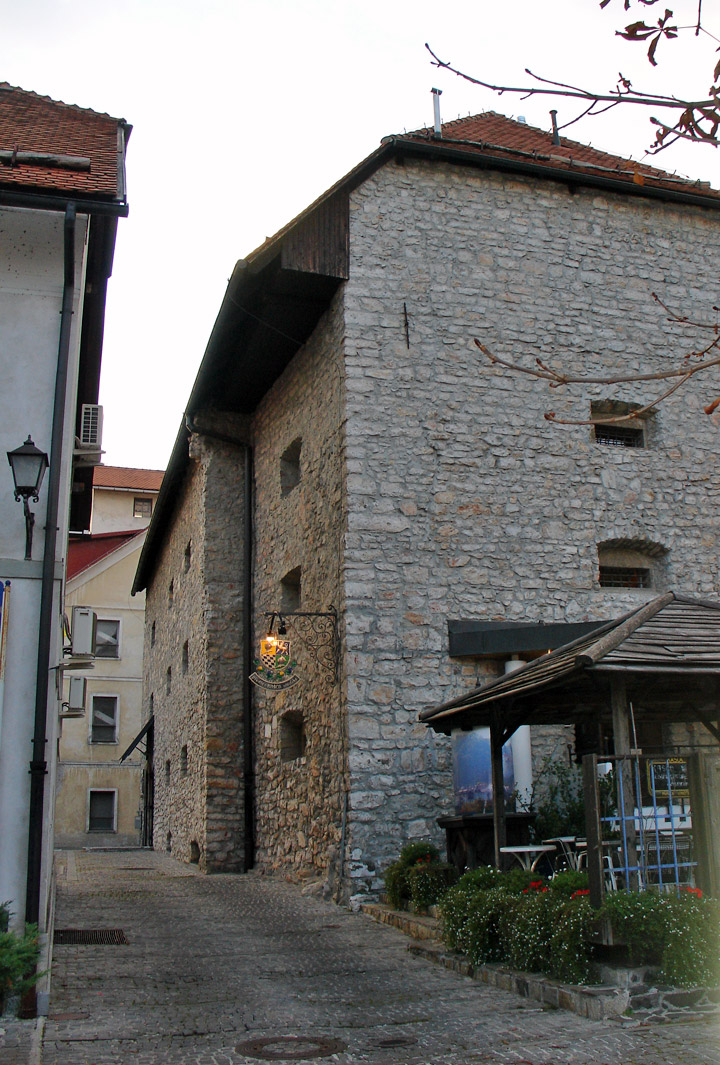 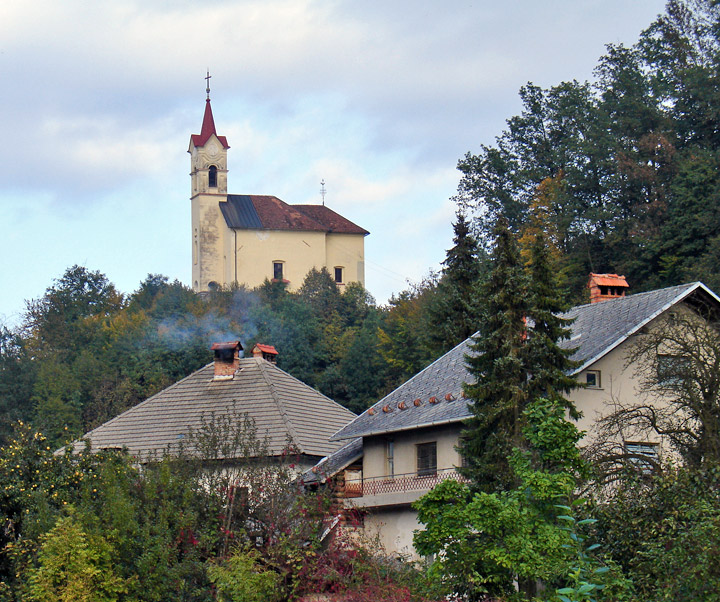 the church on the hill 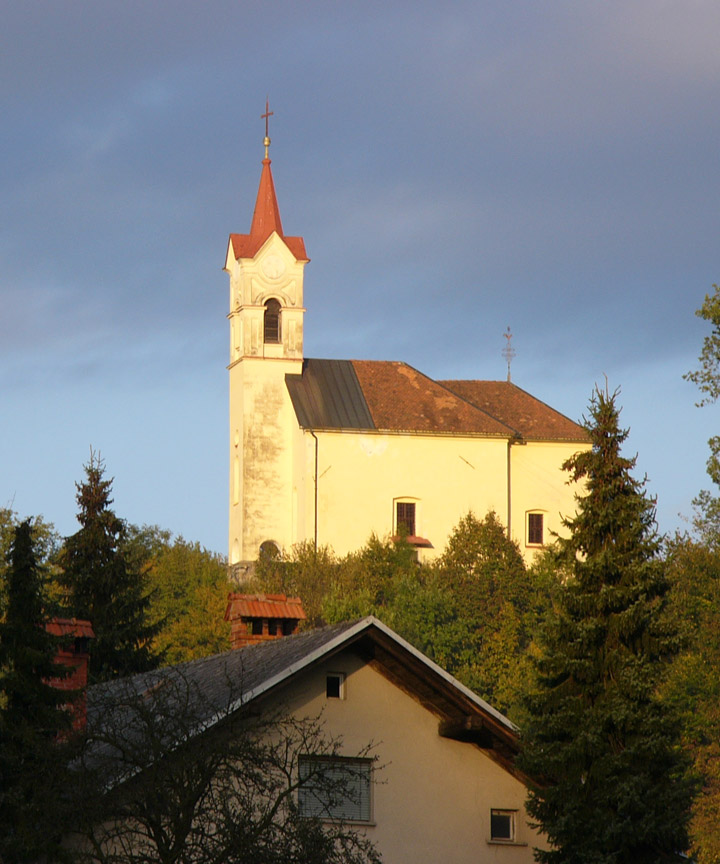