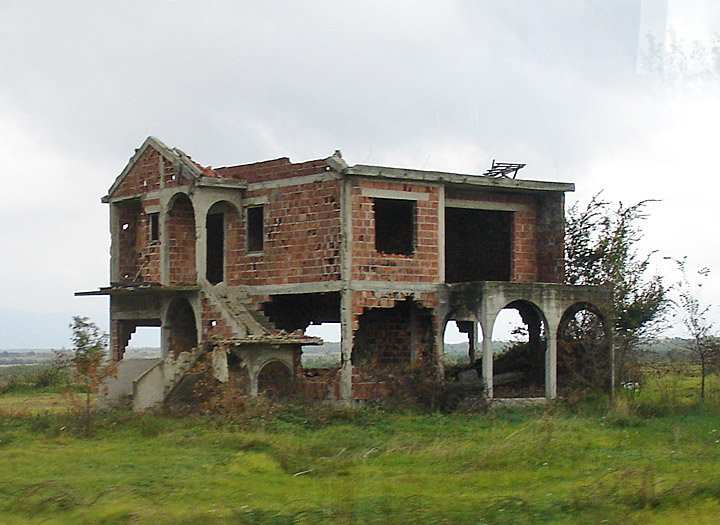 The ruined dwellings in this area around Maslenica are the result of the 1991 - 1993 conflict between Serbs and Croats. 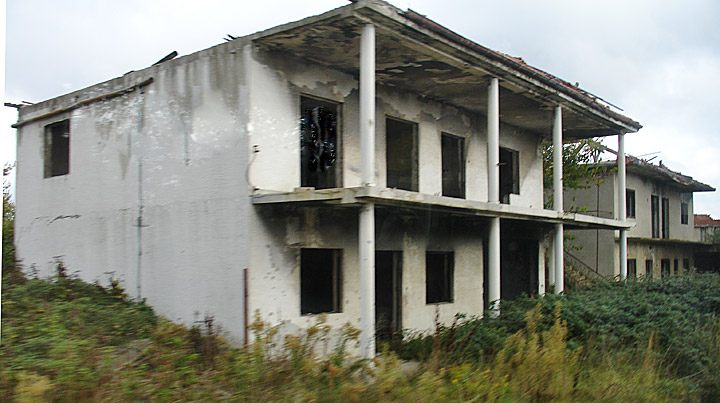 After Slovenia declared Independence, Jugoslav National Army troops withdrawing from Slovenia, occupied areas where Serbs were in the majority within the Republic of Croatia,  driving out the Croats, burning their houses and churches.  Thus Cleansing the area. 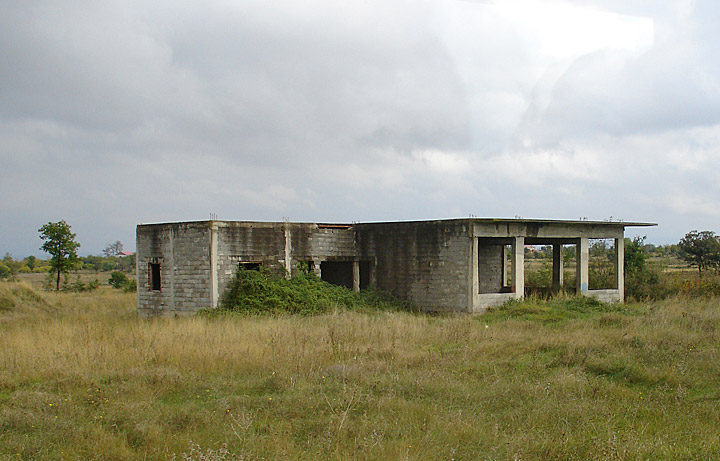 Later in January 1993, the Croatian forces  recaptured the area, driving out the Serbs, burning their houses and churches.  Thus Cleansing the area. 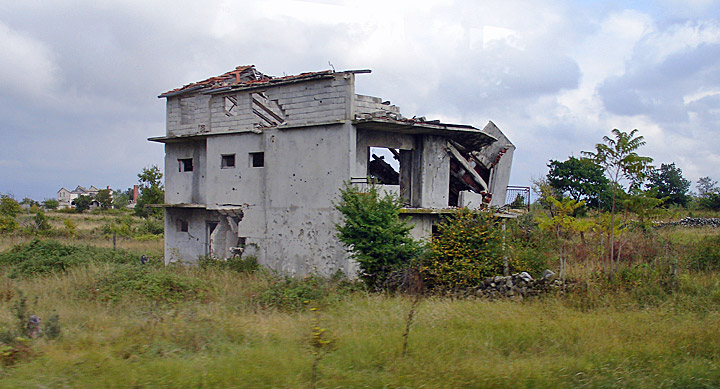 Today (2006), what was once a peaceful mixed ethnic neighborhood, Croats and Serbs, is now a waste land where there is fear in returning. 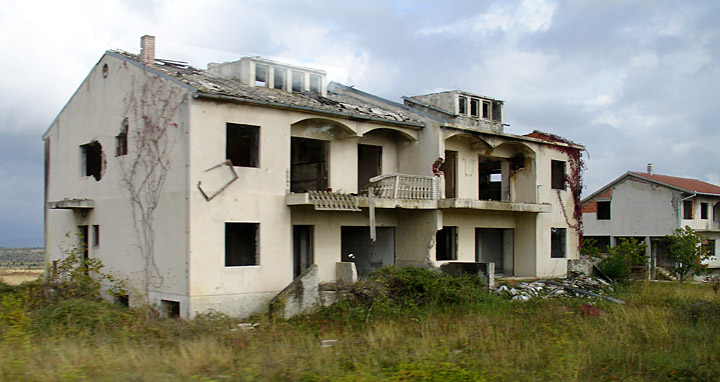 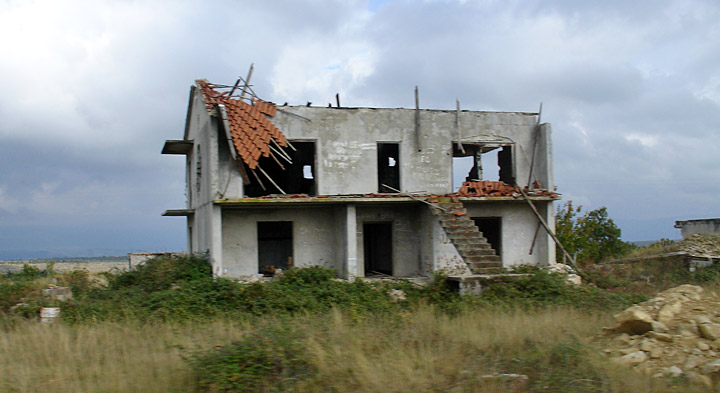 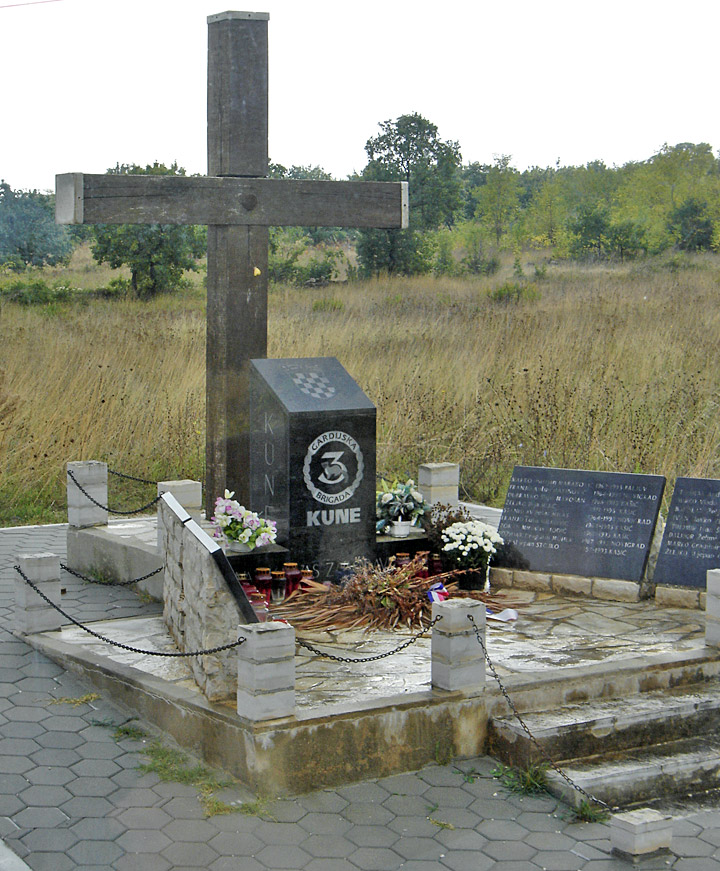 memorial to the Croatians