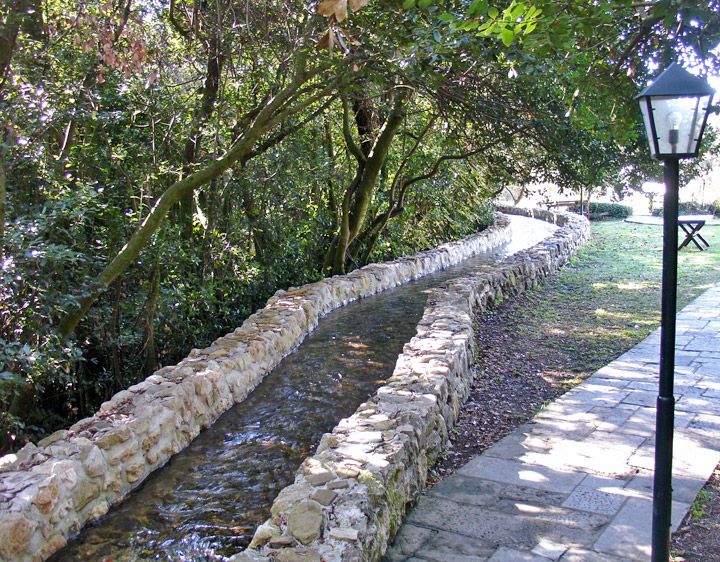 Konavle, the southernmost region of Croatia, derives its name from CANALIS (latin for canals, i.e. irrigation). 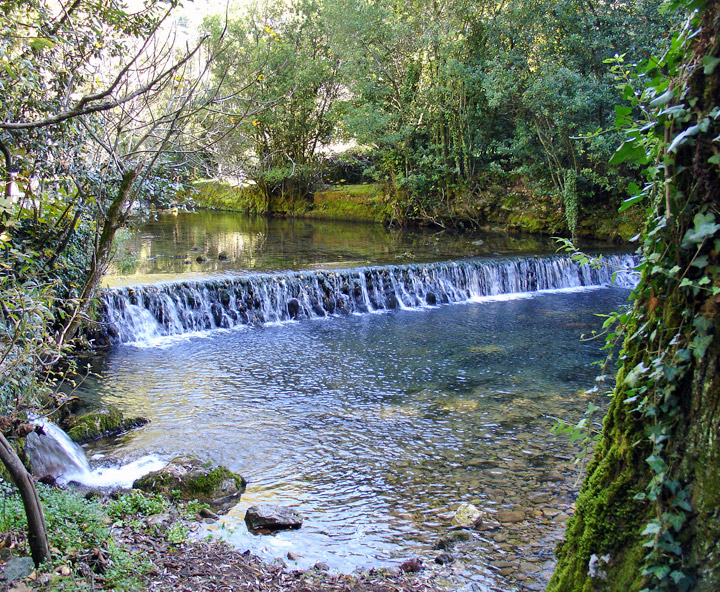 diverts water from the stream 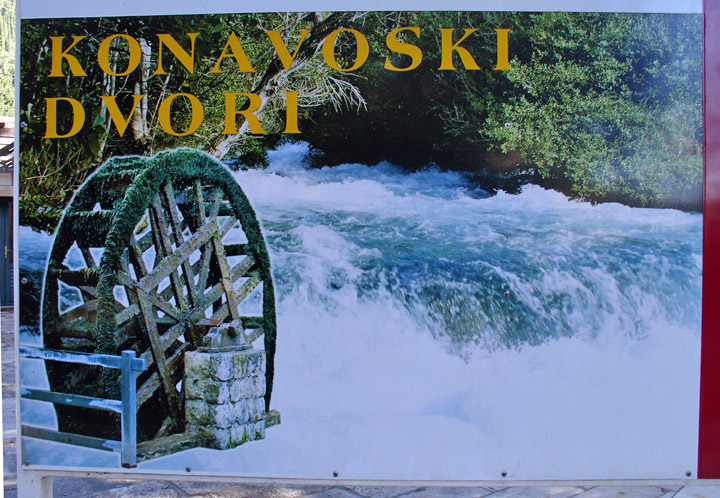 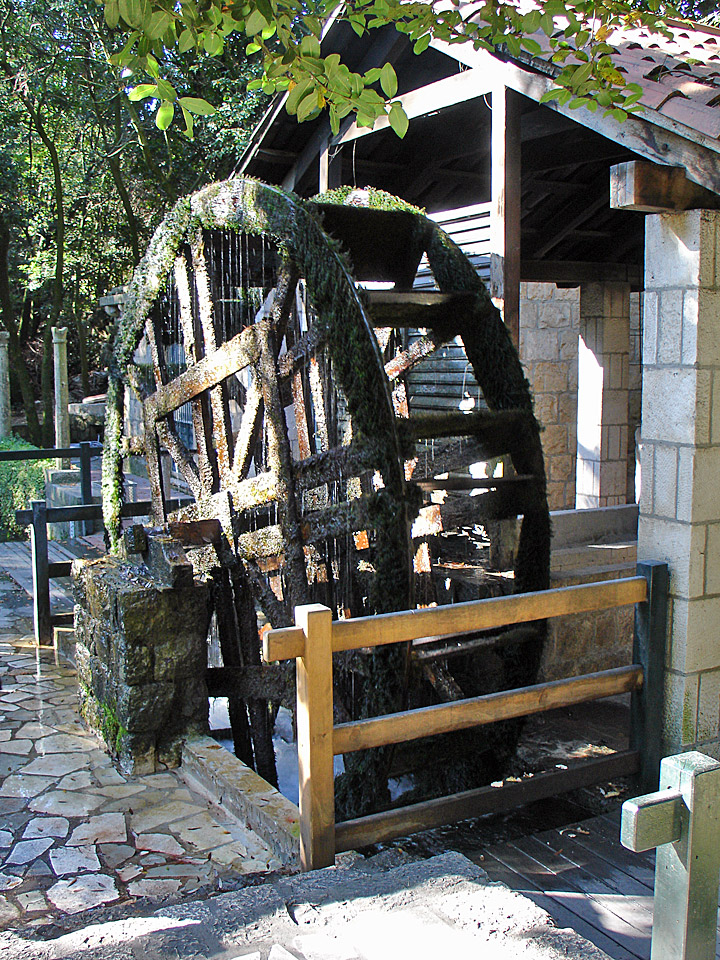 Romans built the canals to bring water to Cavtat from Vodovađa. The canal's remains can still be seen. 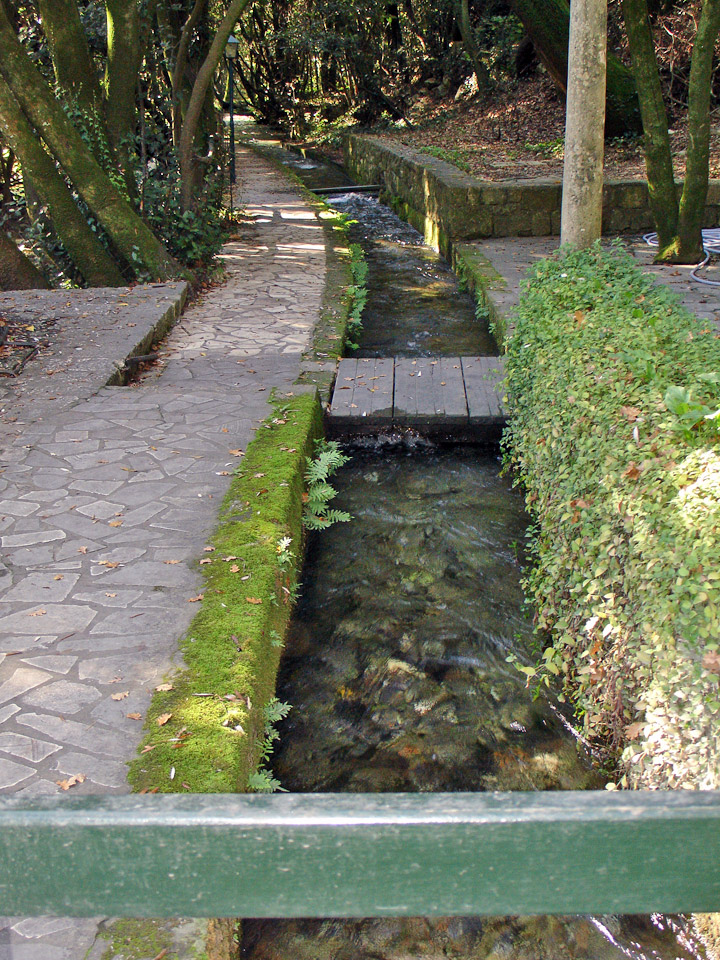 water race for the waterwheel 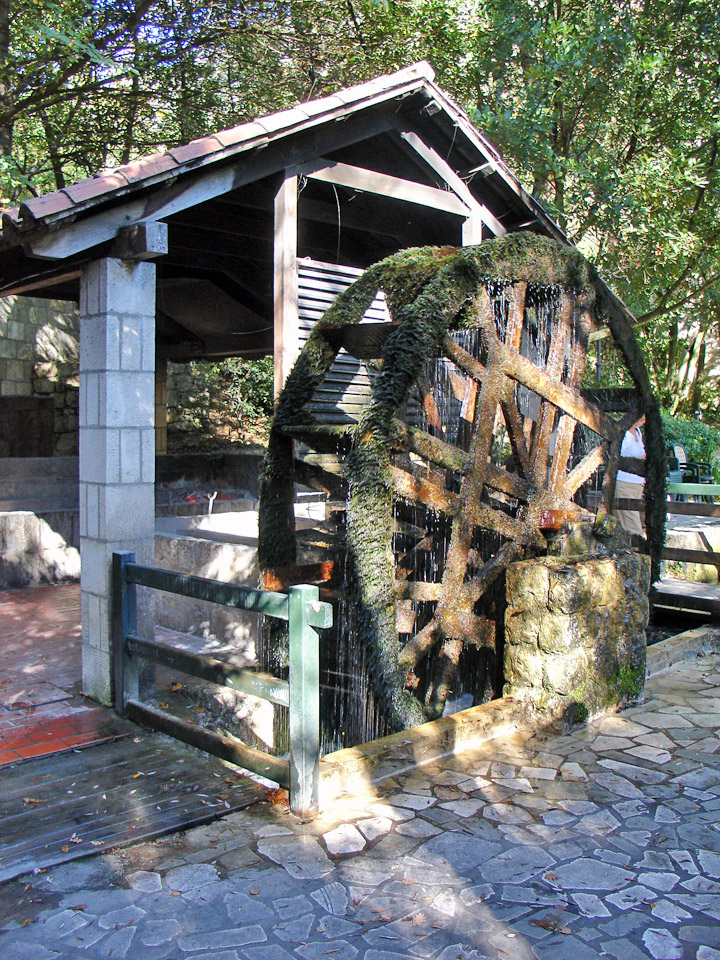 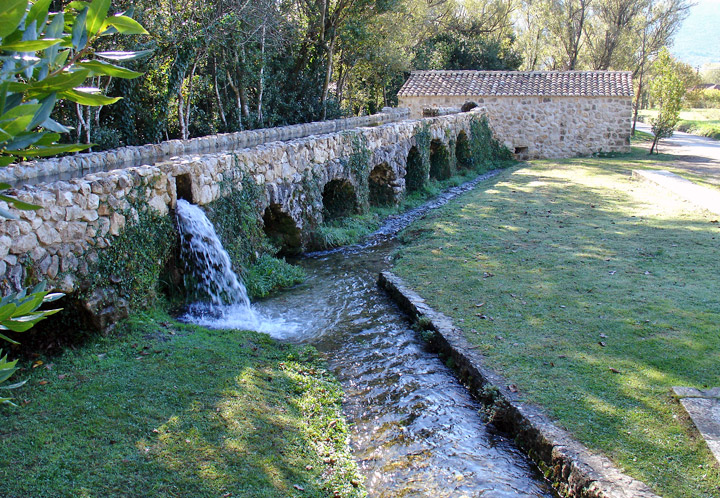 the canal to the mill 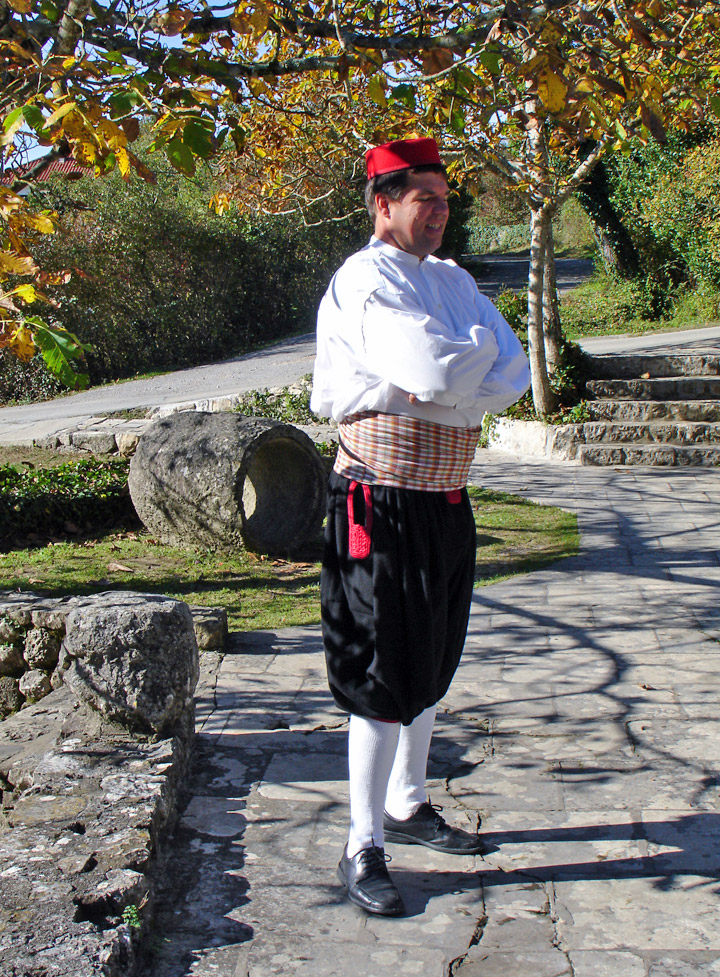 the miller in country costume 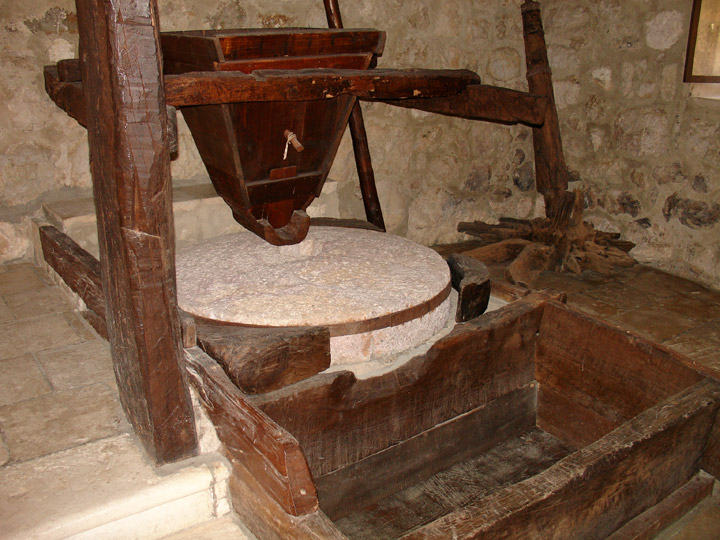 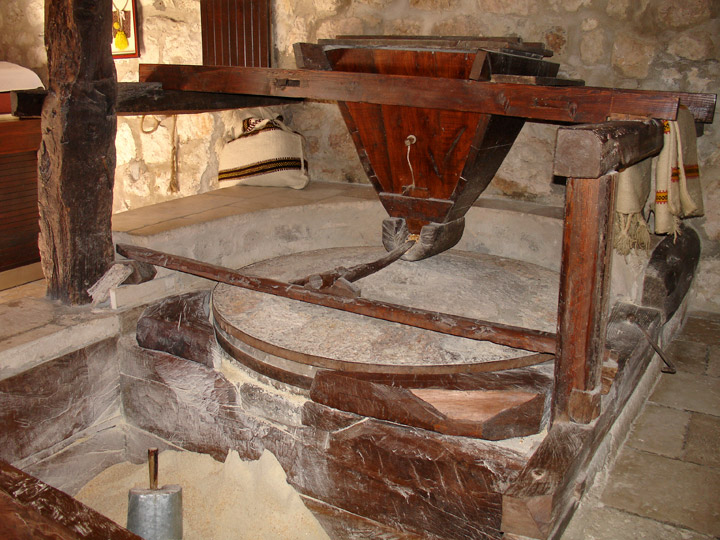 for grinding corn to cornmeal 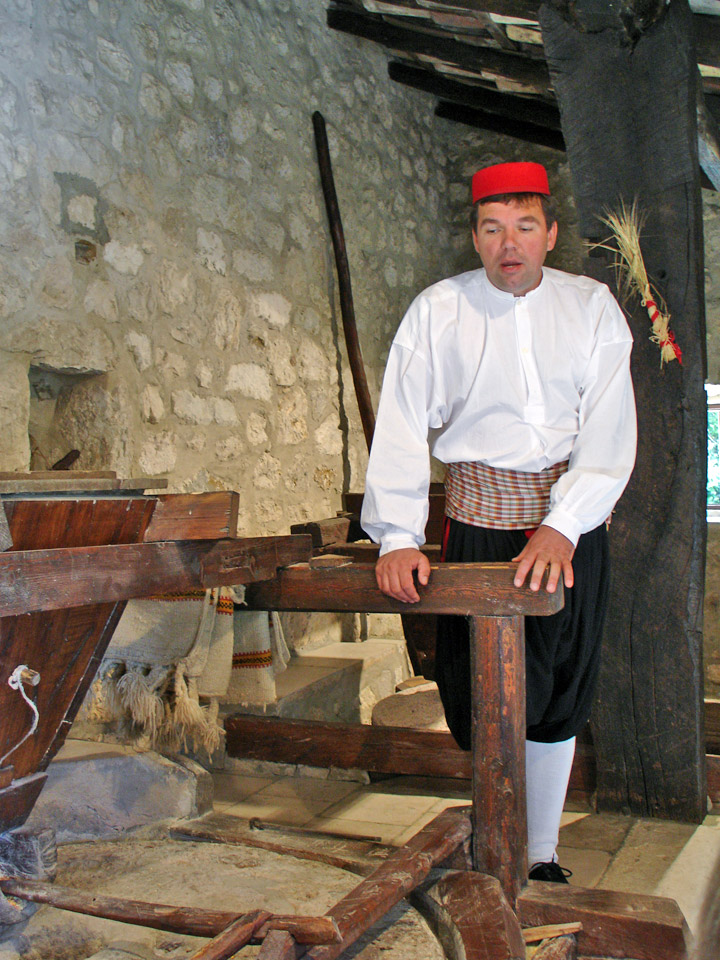 the miller explains the process 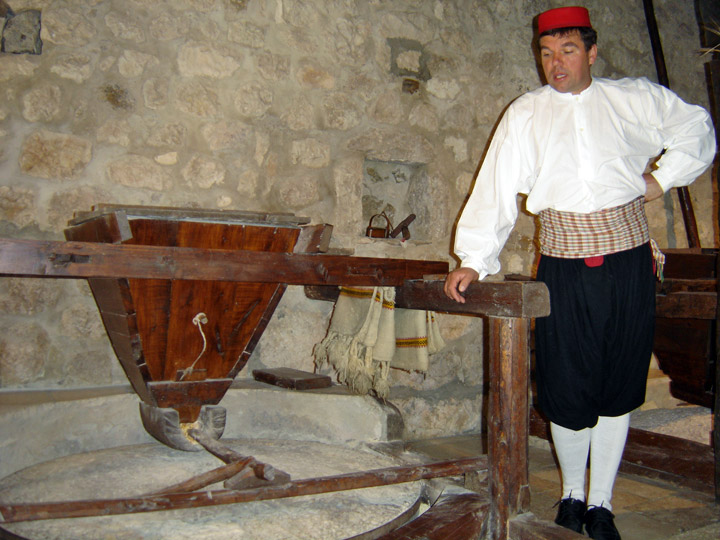 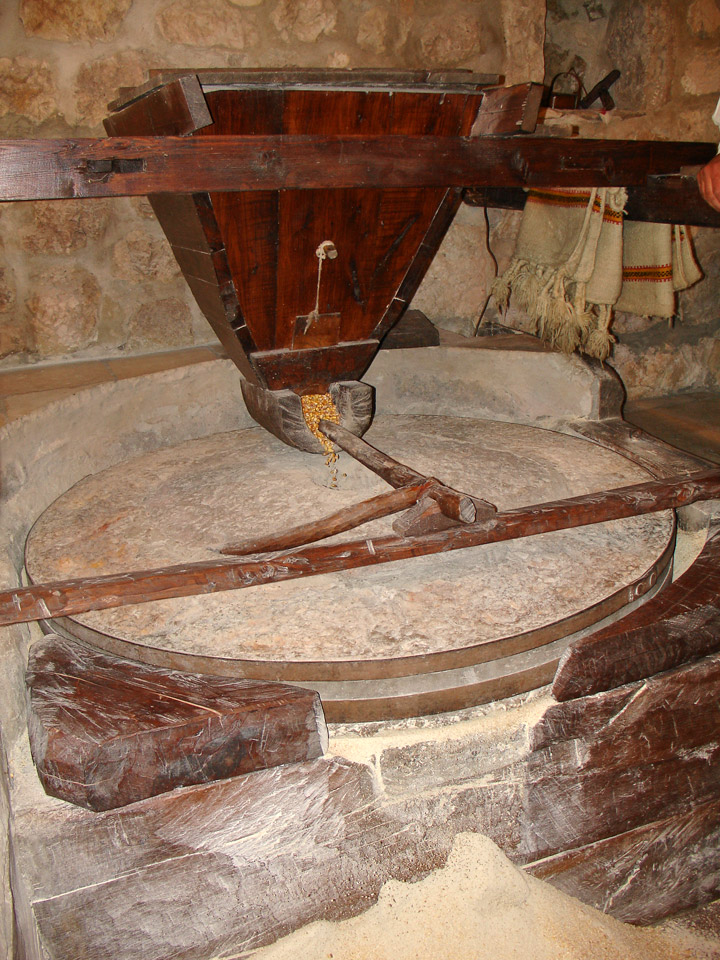 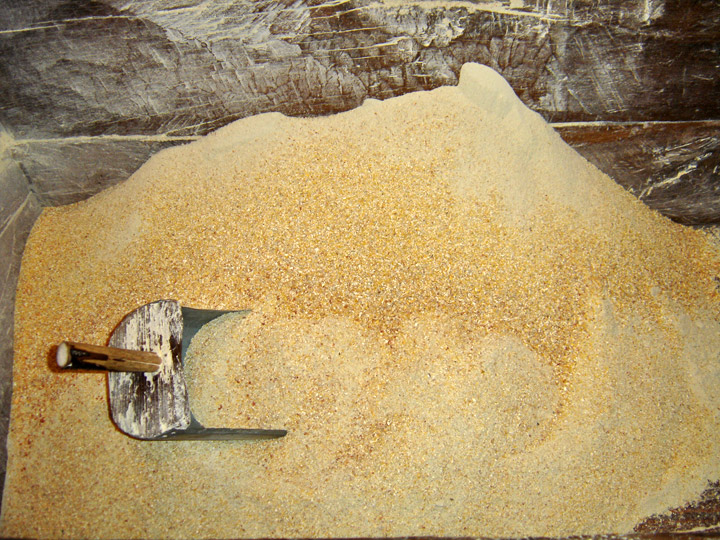 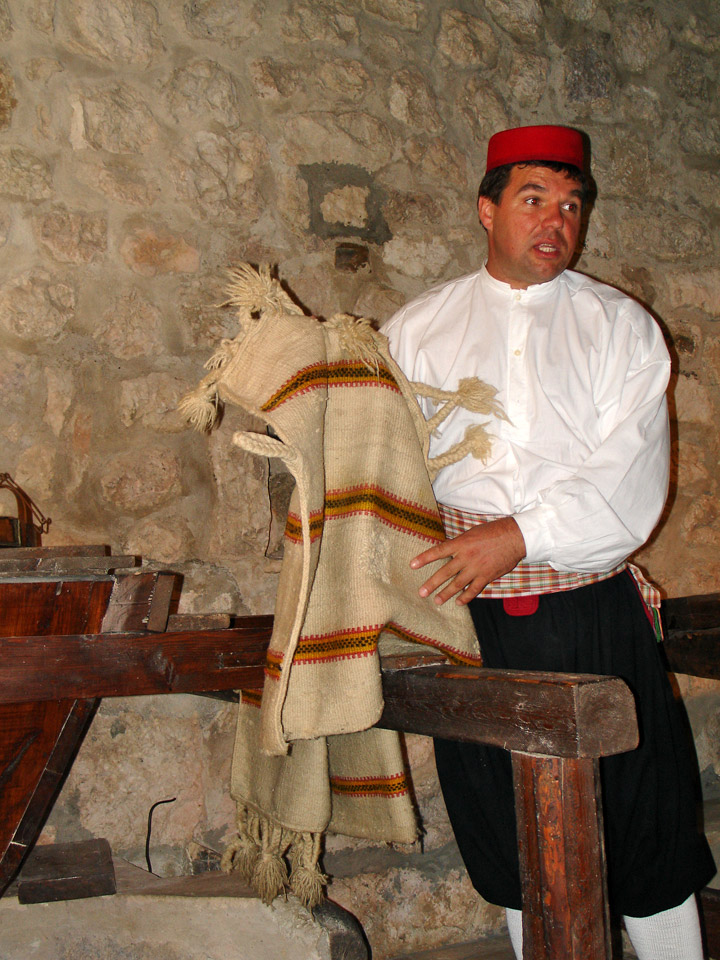 woven bag for the cornmeal 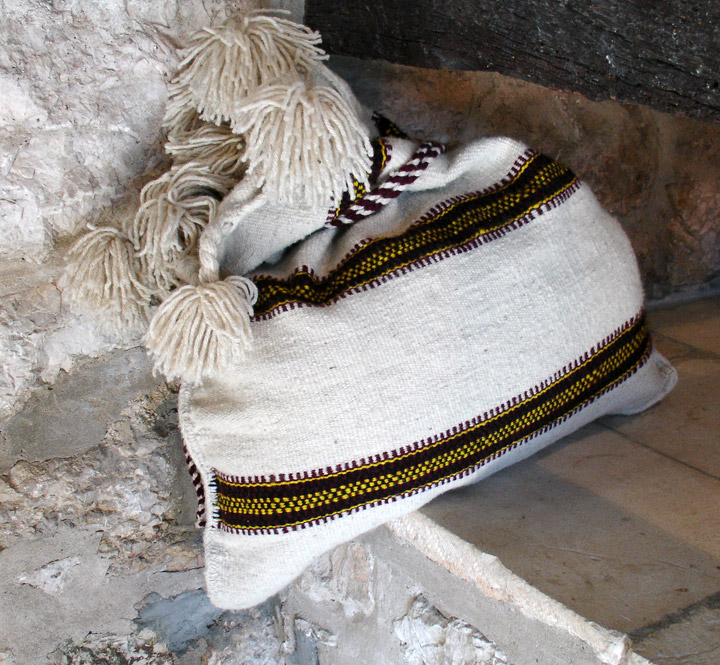 ready to go to the market 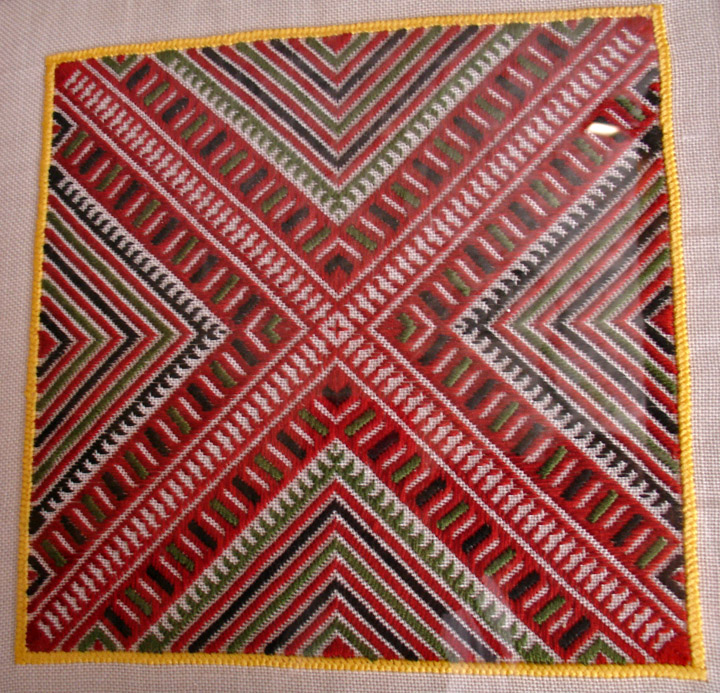 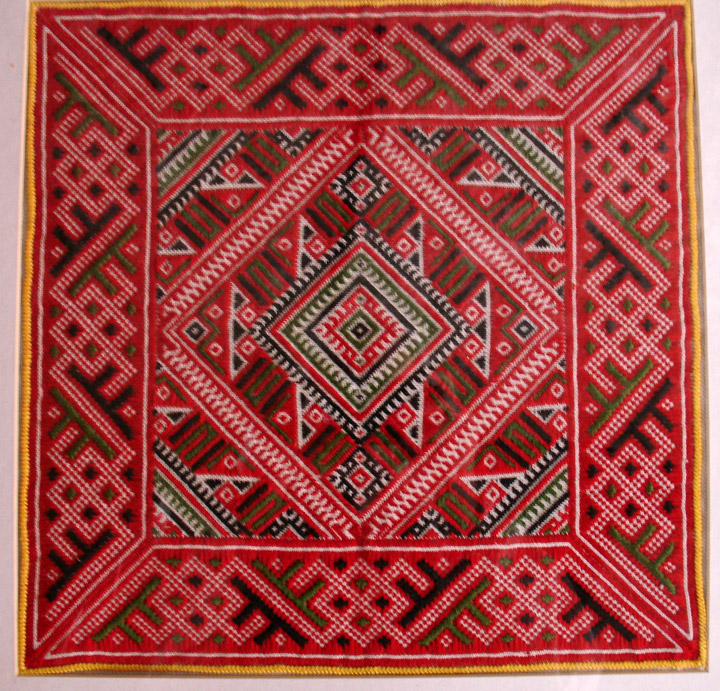 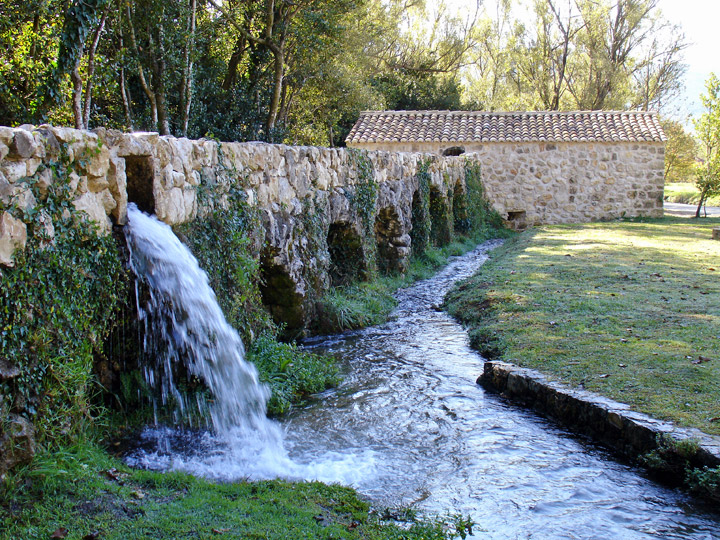 the water in the channel turns the wheel in the mill 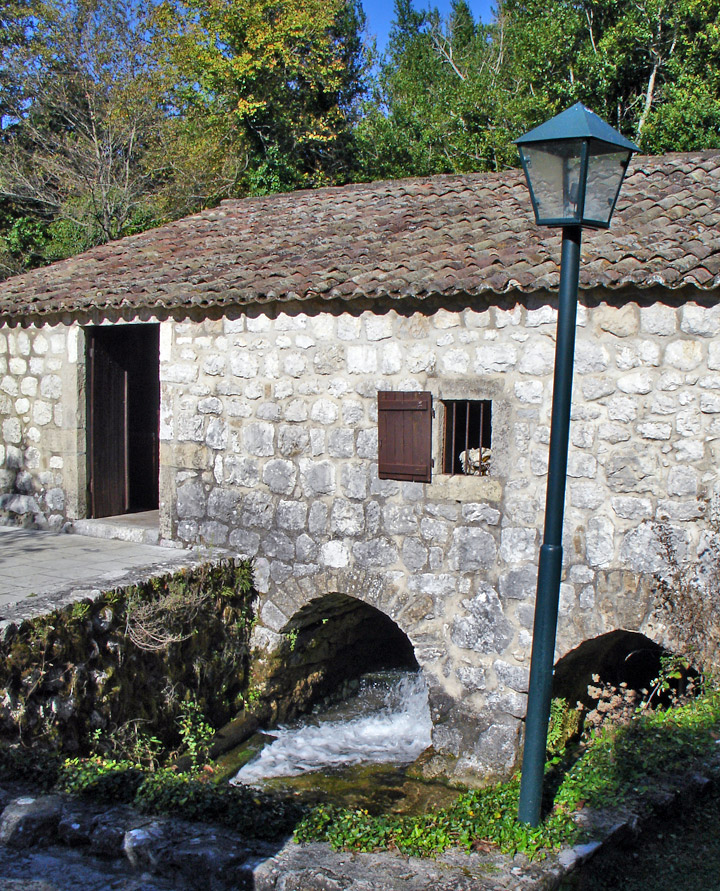 Some two dozen communities exist in Konavle today settled on the lands between Duboka Ljuta (roughly midway between Cavtat and Dubrovnik) and Ponta Oštra (Prevlaka point). 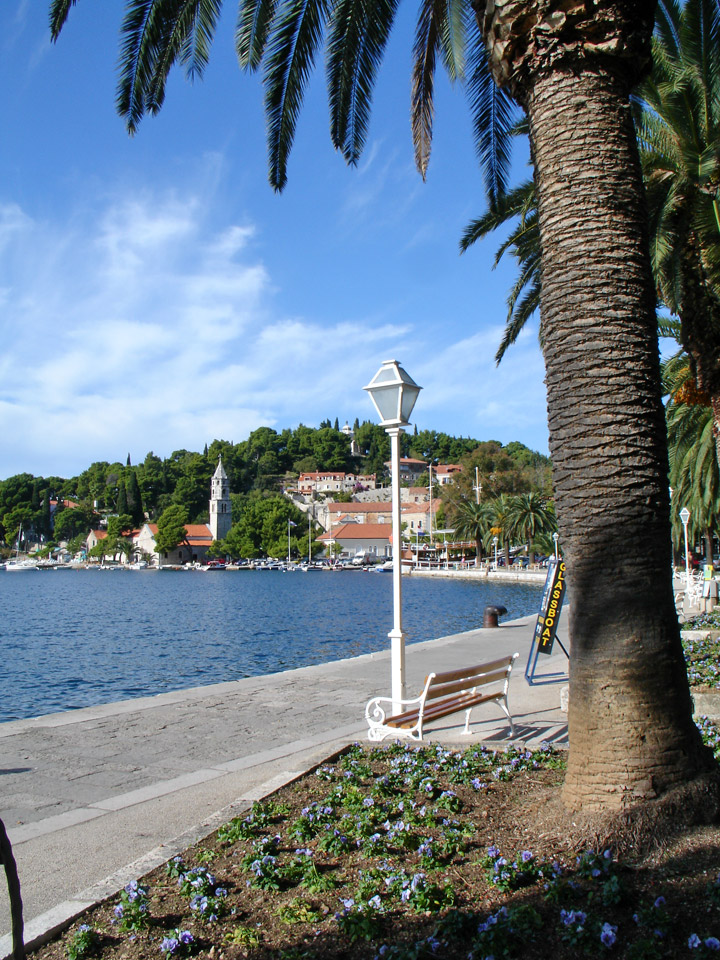 Cavtat on the Adriatic

A nature's paradise, the whole region - starting from the slopes of the mount Sniježnica and stretching all the way down to the rugged rocks overlooking Adriatic - is rich in evergreens and Mediterranean vegetation. 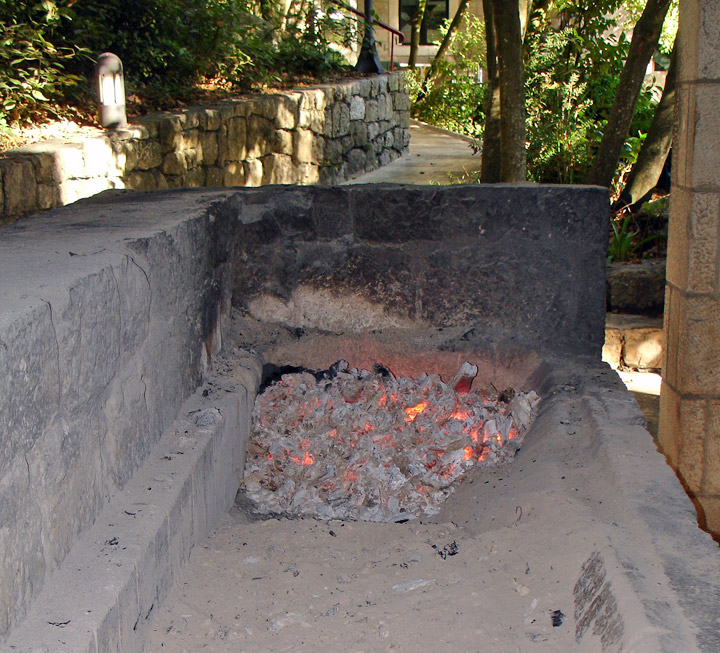 cooking "under the dome"
(the meat is in a pot covered with a dome, on which the hot embers are placed) 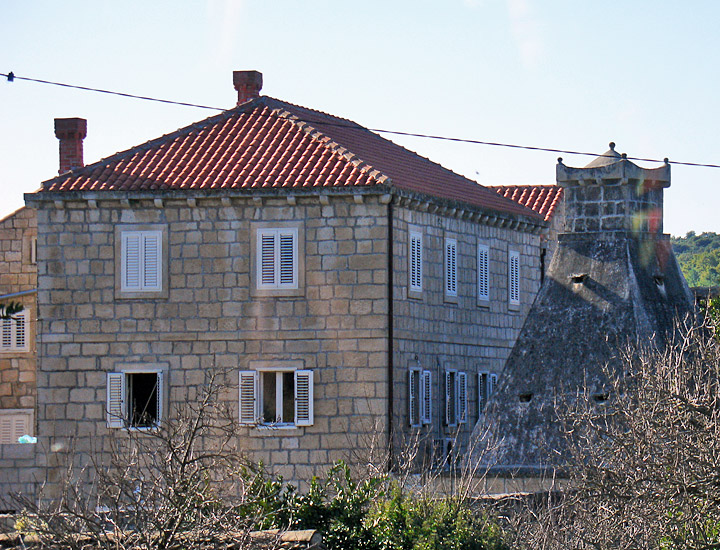 house with a pigeon rookery at the back 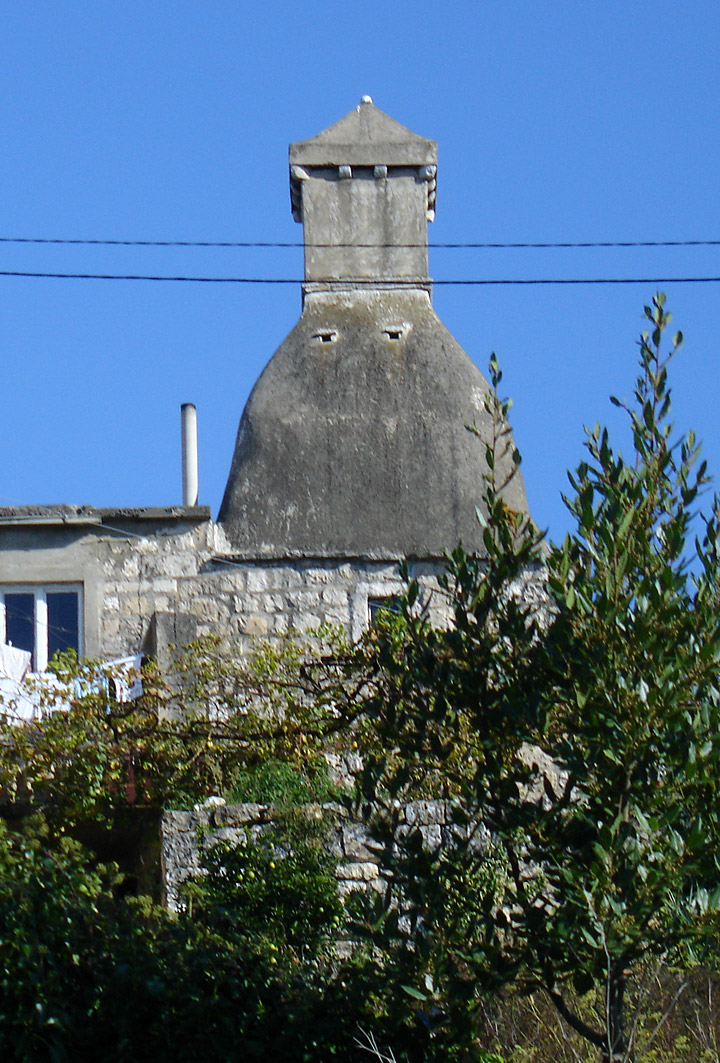 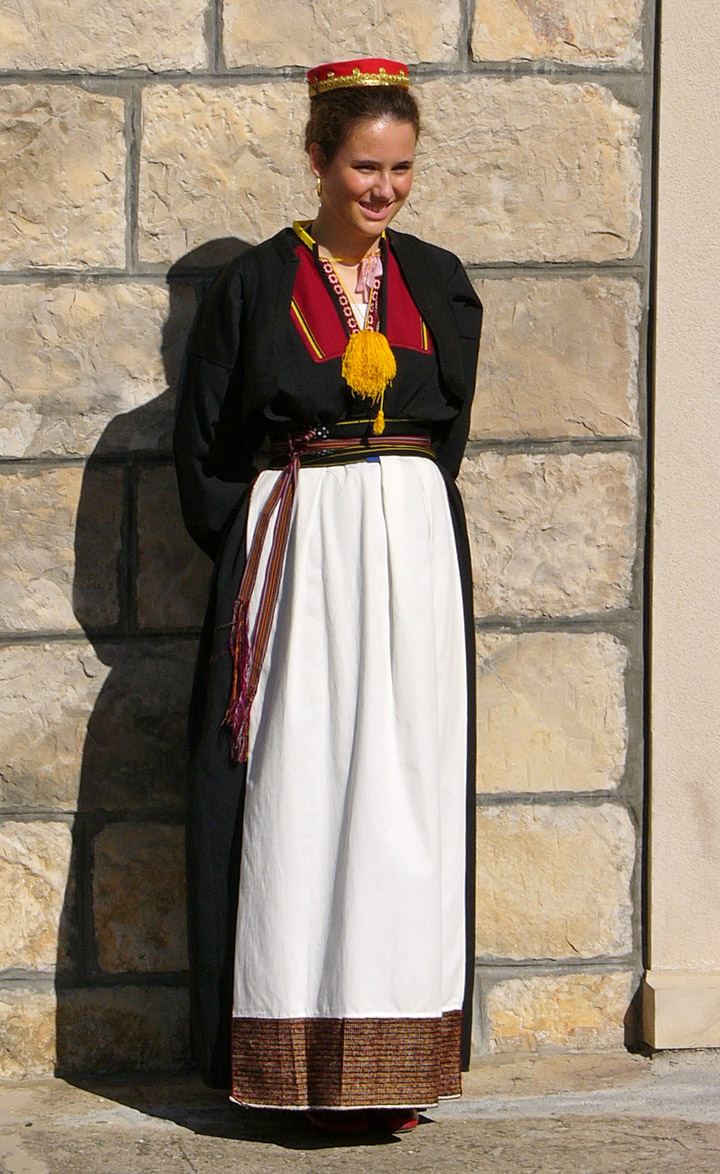 girl in country costume in Cilipi