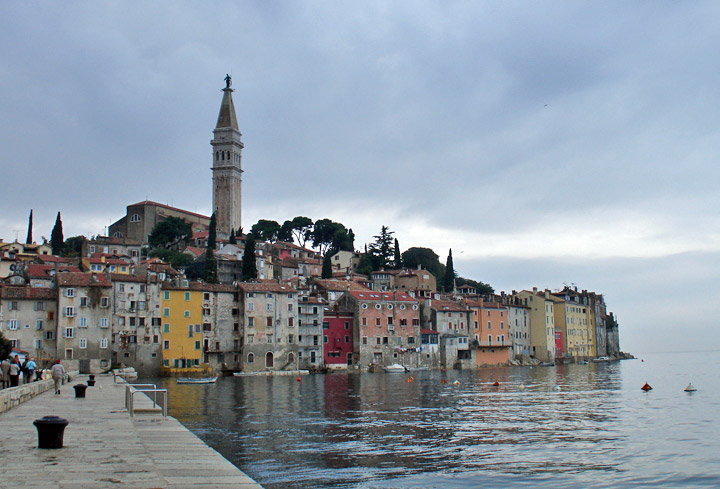 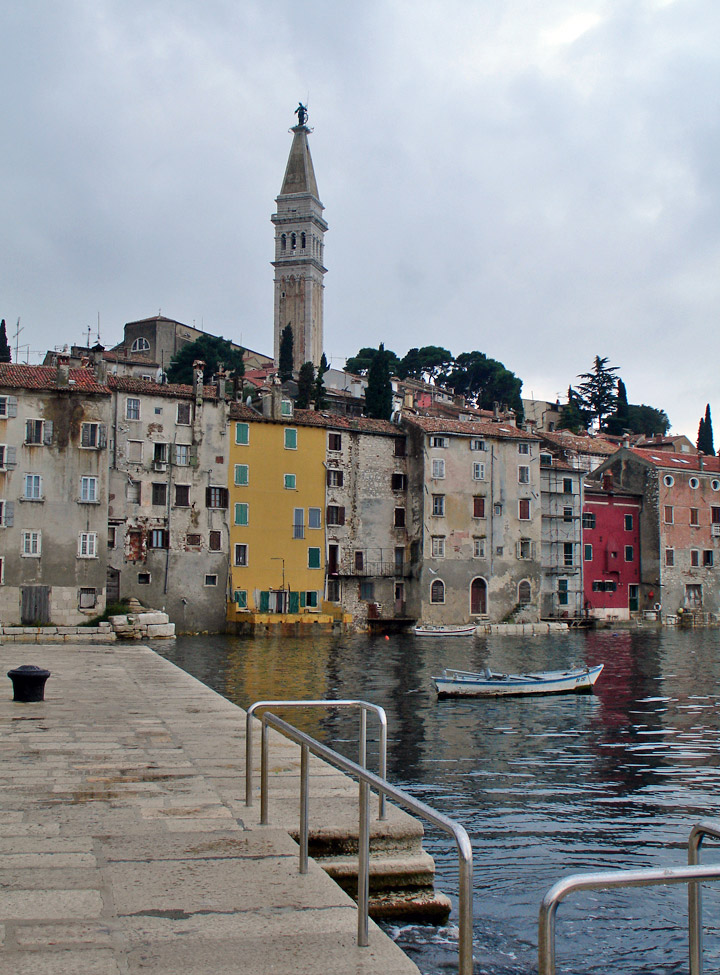 A town and port on the western coast of Istria, 36 km north of Pula; population 12,910. Its geographical location is very good: in the hinterland is the lowland part of southern Istria; in front of the coast are numerous islands and shallows abounding with fish. The town core developed on a peninsula, which had been a coastal island under natural conditions, and was connected with the mainland in the 18th century by leveling and filling up. Climate is Mediterranean; an average air temperature in January is 4.5 °C and in July 20.9 °C; an average annual temperature reaches 12.1 °C. 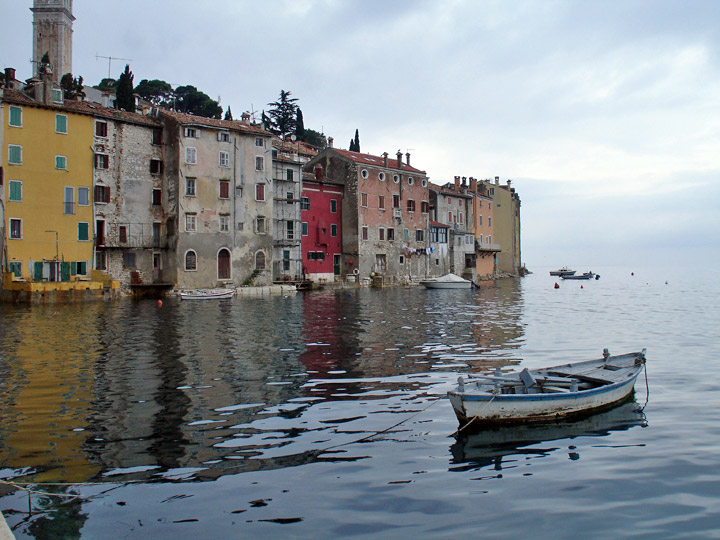 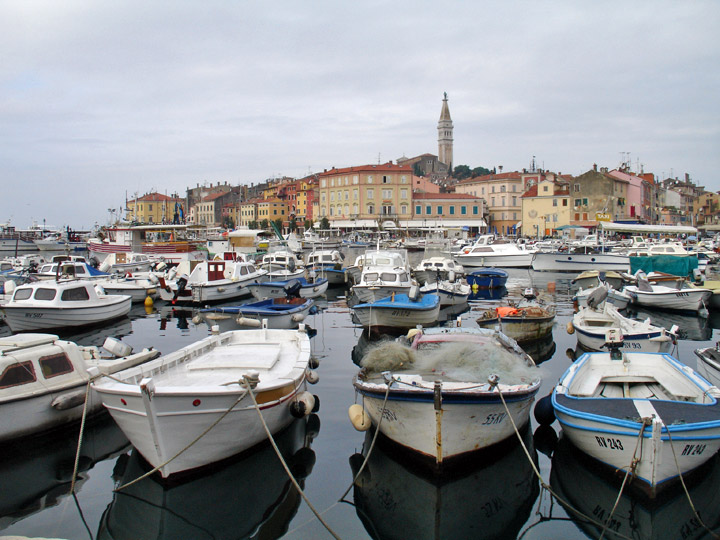 More Photos of the Harbor

Vegetation is sub-tropical. Rovinj has two harbors: the northern, which is more open, and the southern, which is much smaller and better protected. North of the old town core is the cove of Valdibora (Sjeverna Luka, Northern Harbor), and south of it the coves of Juzna Luka (Southern Harbor) and Vestar; the harbours are well protected from the bora and the sirocco, however they are exposed to westerly and south-westerly winds. 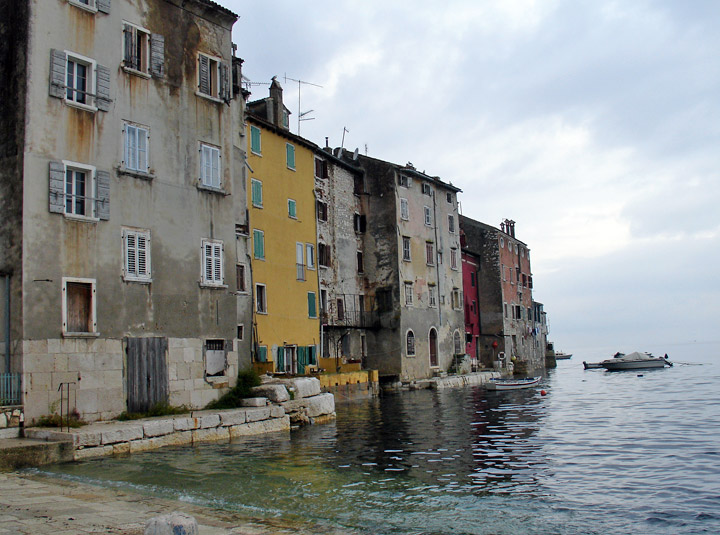 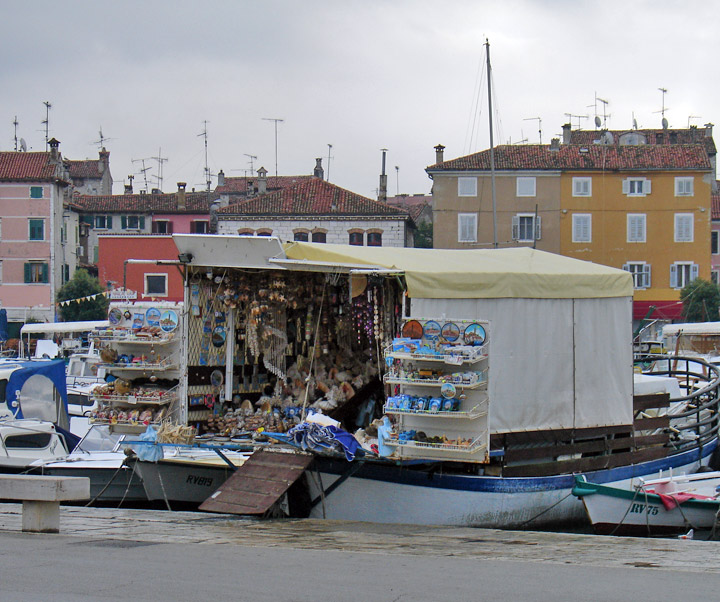 tourist shop on the boat 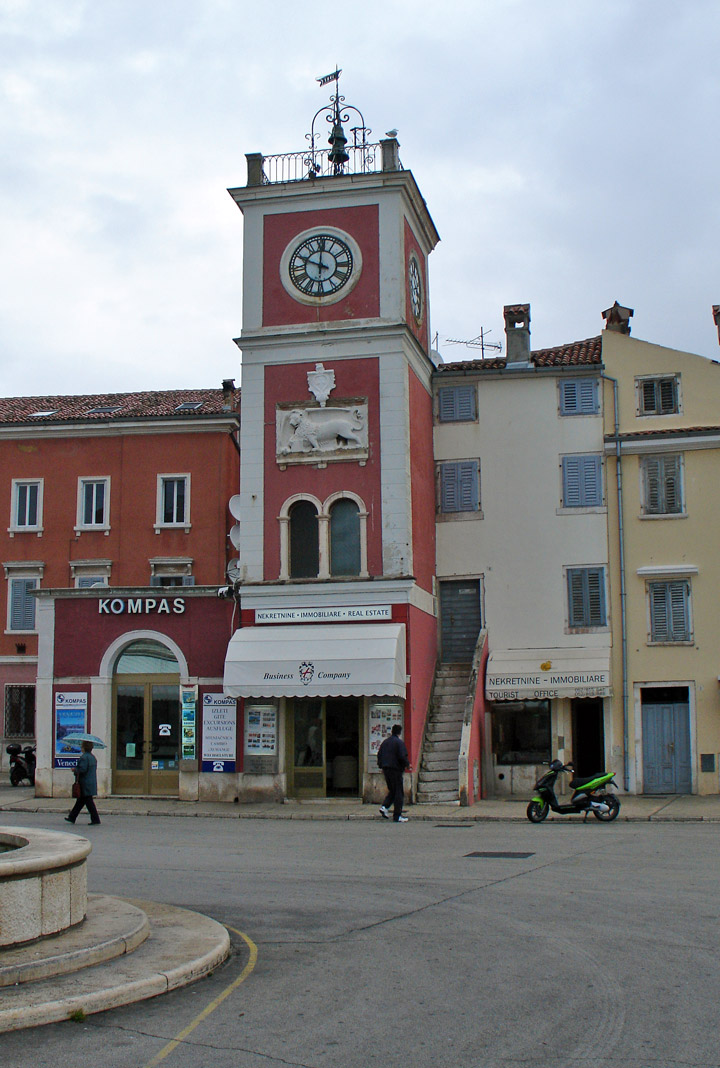 Venetian Lion on the clock tower 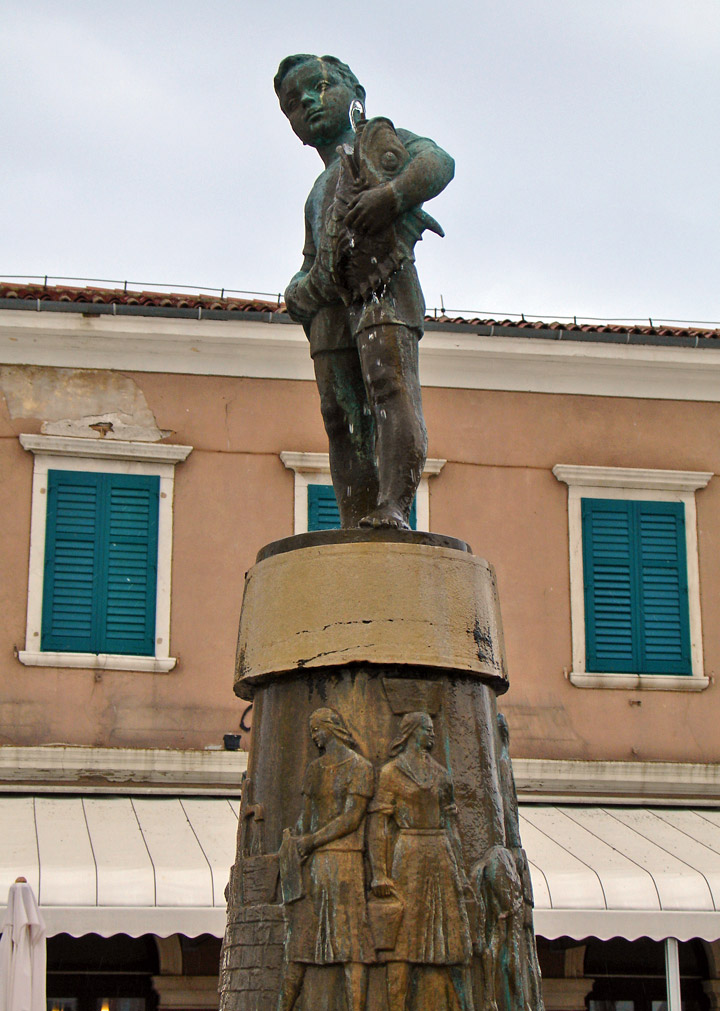 boy with a fish 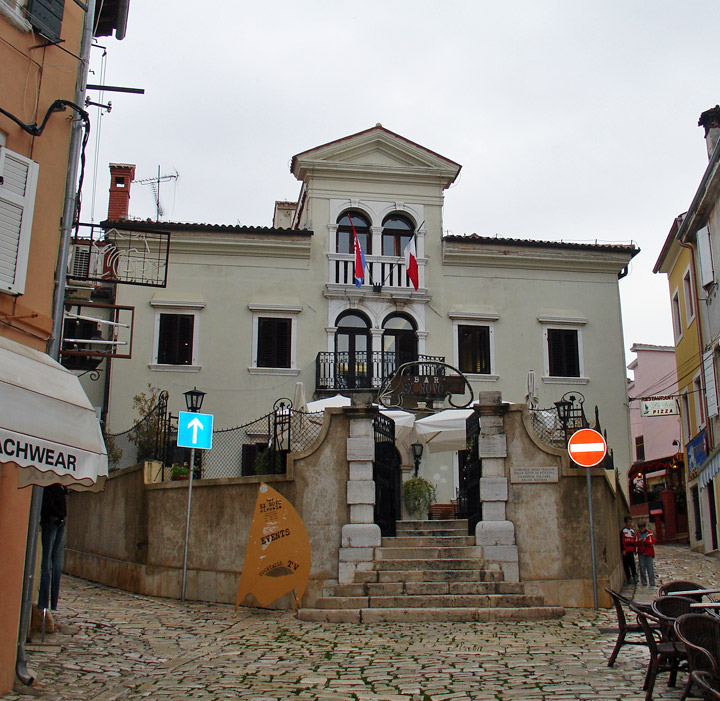 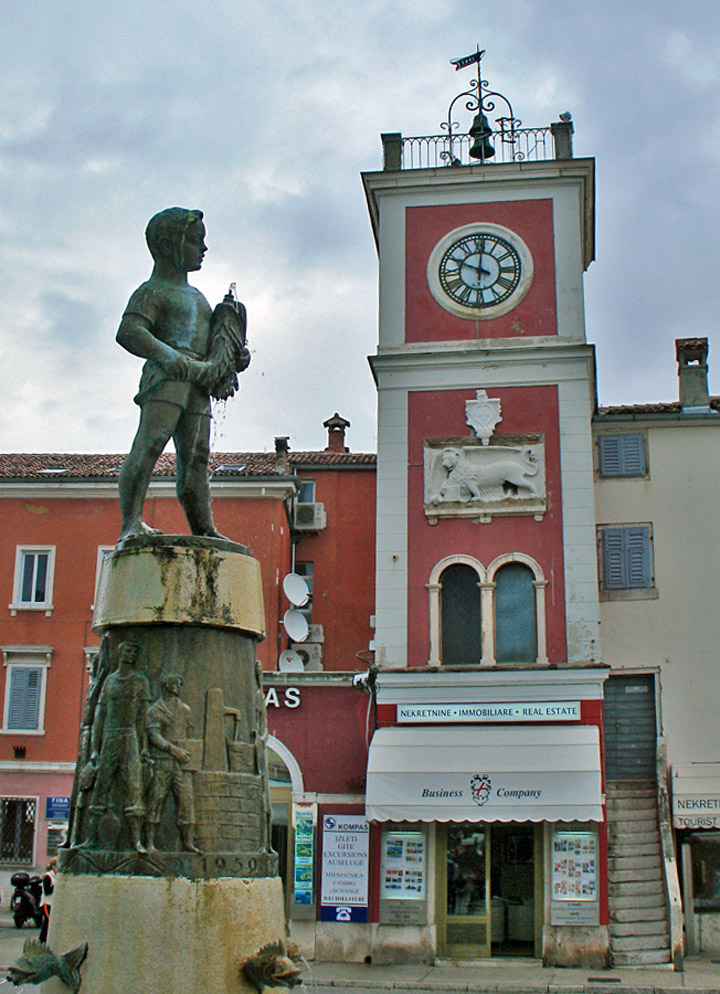 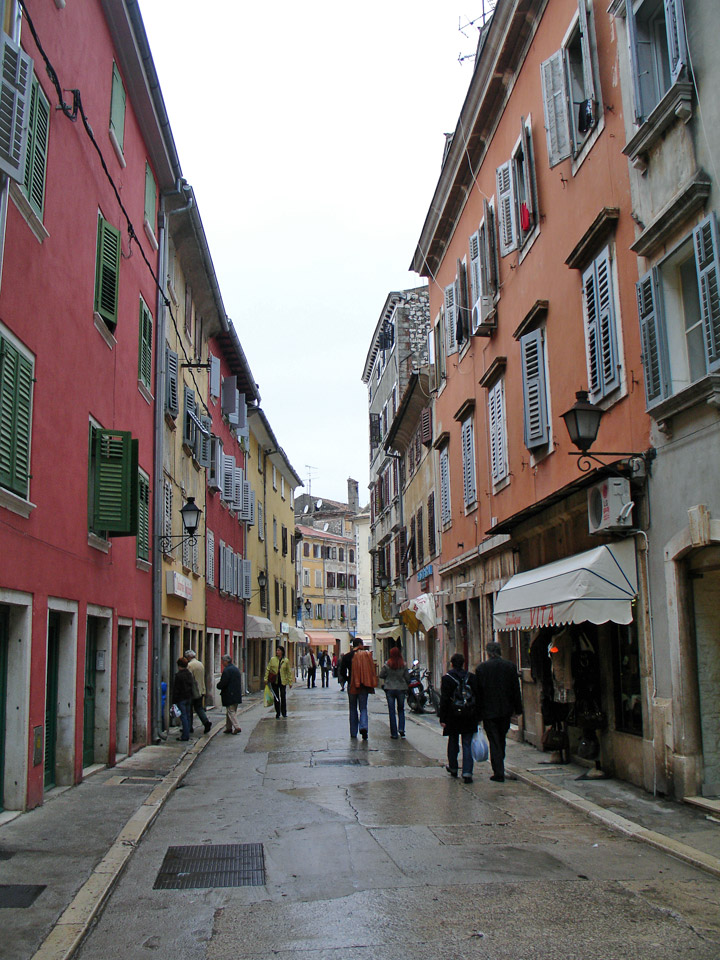 The Southern Harbor has a jointed breakwater. Vessels drawing up to 5.5 m are berthed on the outer side, while those drawing up to 3 m may dock on the inner side; along the wharf are berths for sports boats and smaller yachts. Economy is based on farming, viniculture (malmsey), fishing, food-processing industry (fish cannery, production of alcoholic and non-alcoholic drinks), tobacco industry and tourism. In Rovinj is also the Maritime Research Centre of the Ruder Boskovic Institute. The regional roads Rovinj - Rovinjsko Selo and Rovinj - Bale connect the town with the main road (M2, E751) Slovenian border - Buje - Pula. 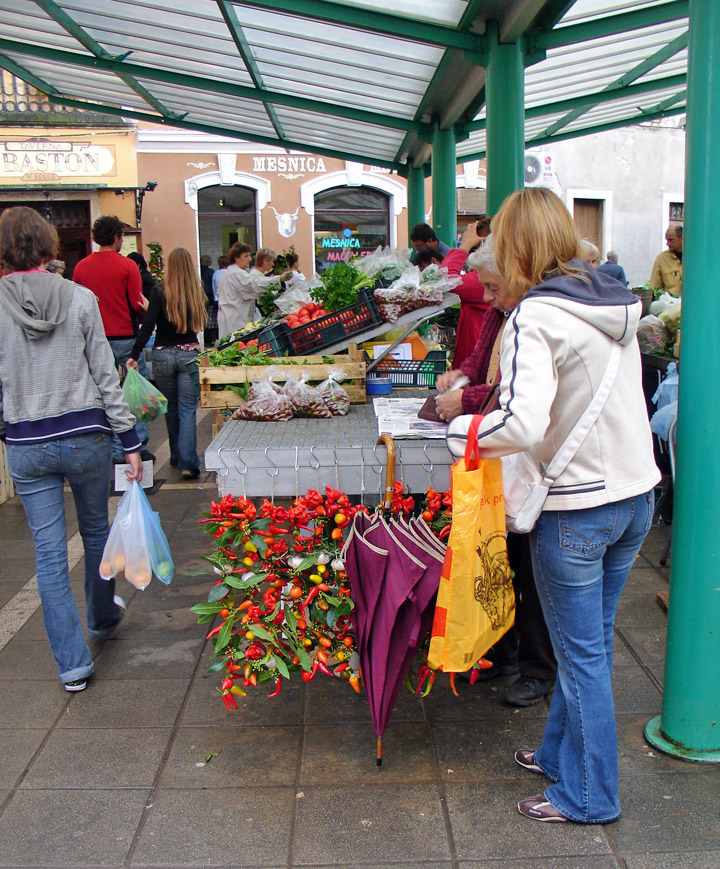 Rovinj is one of the most developed seaside resorts in Croatia, offering a whole range of visitor opportunities in a picturesque ambience of the ancient town, surrounded by luxuriant pine forests (the cape of Zlatni Rt is designated as a park forest, while the coast and islands of Rovinj are set aside as a protected landscape). The beginning of tourism was marked by the introduction of a steamship line between Rovinj and Trieste (1845) and the construction of the railroad to Vienna (1876). In 1896 the town had a well-maintained public beach, Val di Lone, and several boarding houses (Alla citta di Trieste, Al Miramar, Alla porta antica and Al vecchio albergo). The year 1888 may be considered the official beginning of tourism in Rovinj, when the health resort Maria Theresia was opened in the town. This oldest institution of that kind on the Adriatic coast was established by the Viennese society for the establishment and development of maritime health resorts and asylums for poor children and scrofulosis and rachitis patients. The health resort was visited by children from the entire Austro-Hungarian Monarchy and other countries. 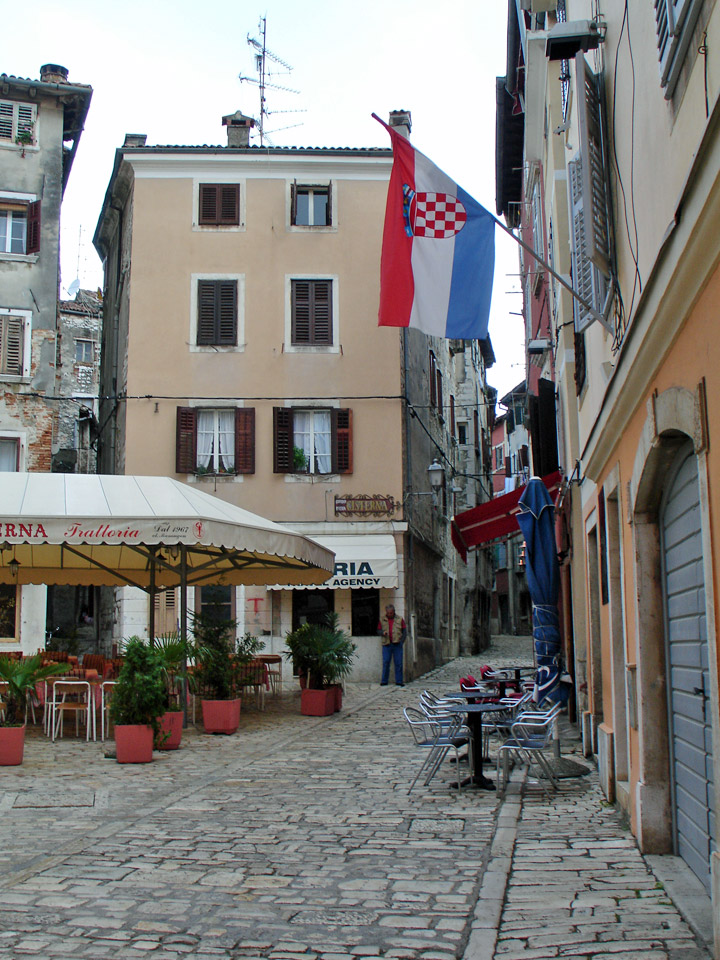 The development of tourism was continued with the construction of Hotel Jadran (today Centar), which was built before the First World War by the Society for the Construction of the First Hotel in Rovinj, to meet the needs of an increasing number of tourists and eminent persons who spent their vacation in Rovinj. The Polish count Ignac-Karol Korwin Milewsky bought the island of Sveta Katarina in 1905, carried out its aforestation and built two castles. In 1890 Baron Georg von Hüterodt purchased the island of Sveti Andrija and turned its former monastery building into a hotel; the island thus became the favorite seaside resort of the Austro-Hungarian clientele (memorial book Cissa-Insel). Between the two world wars the construction of hotels stagnated. After the Second World War many deserted buildings were transformed into workers' rest homes, and the island of Sveta Katarina has been frequented by children from Zagreb since 1947. An important date in the development of tourism in Rovinj was 1959, when the problem of potable water was finally solved by connection to the Istrian Waterworks from Buzet. Most of the existing accommodation facilities and tourist infrastructure was built by the company Jadranturist. 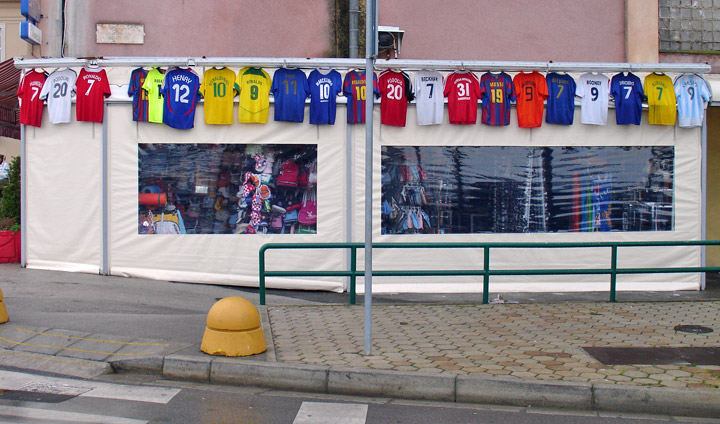 your pick of a football shirt 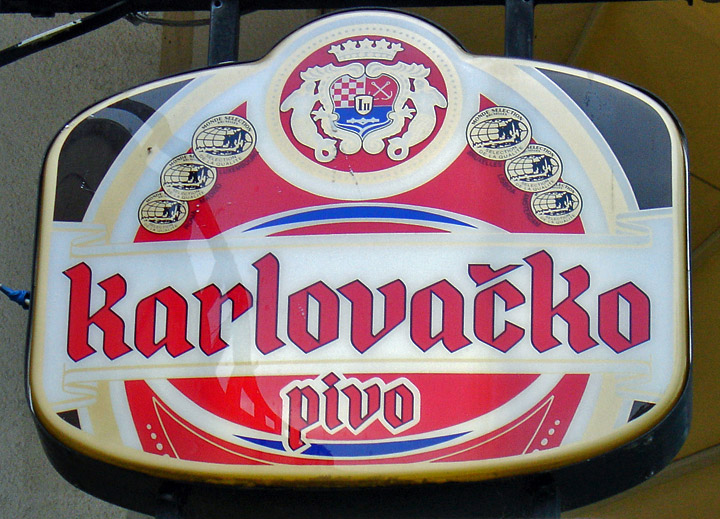 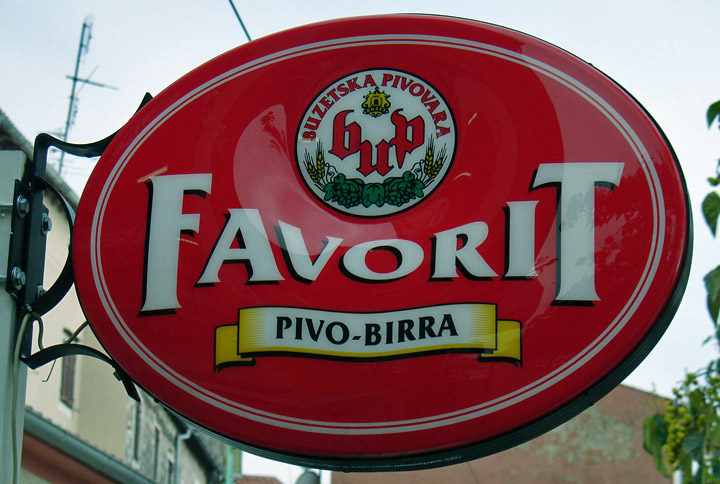 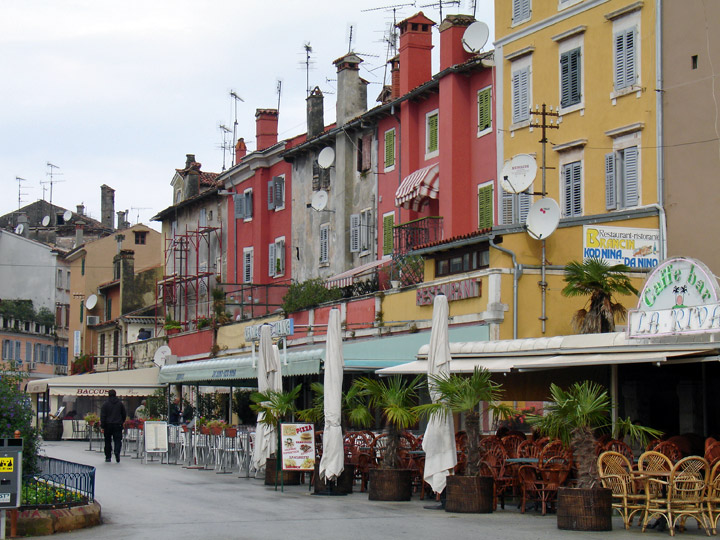 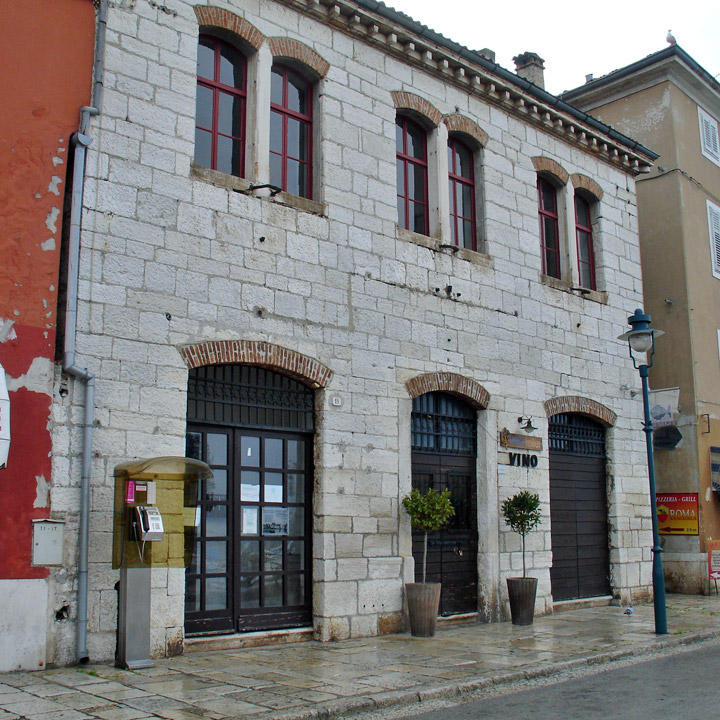 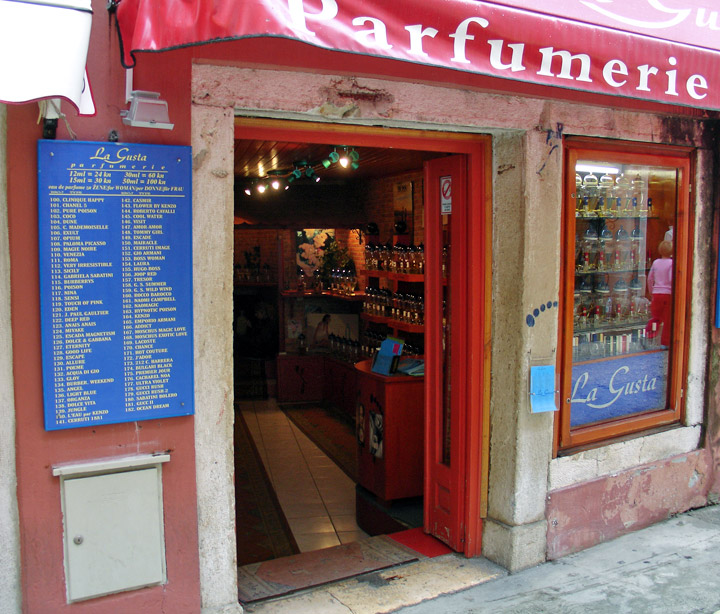 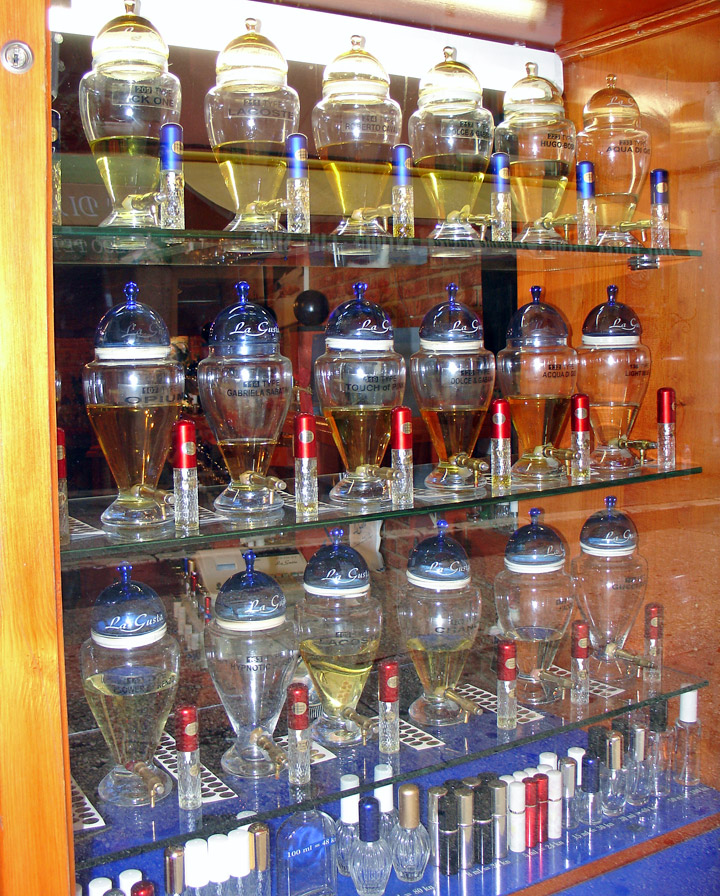 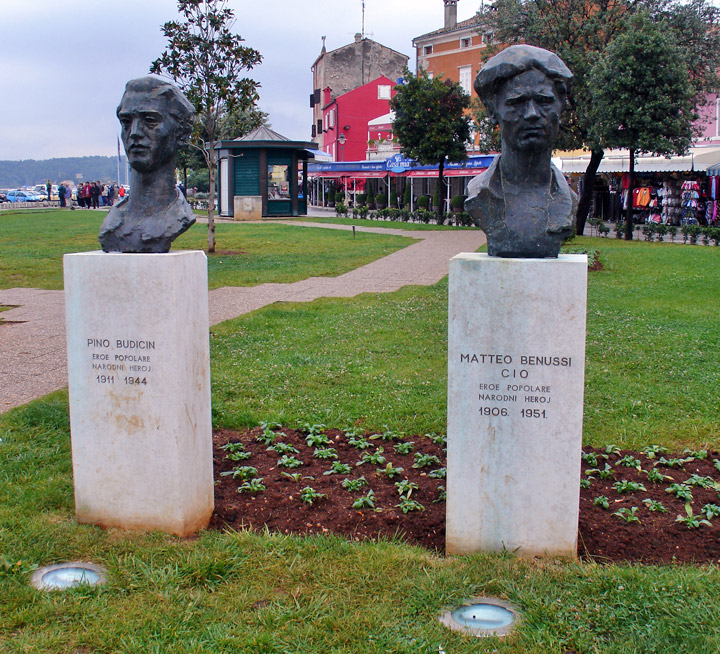 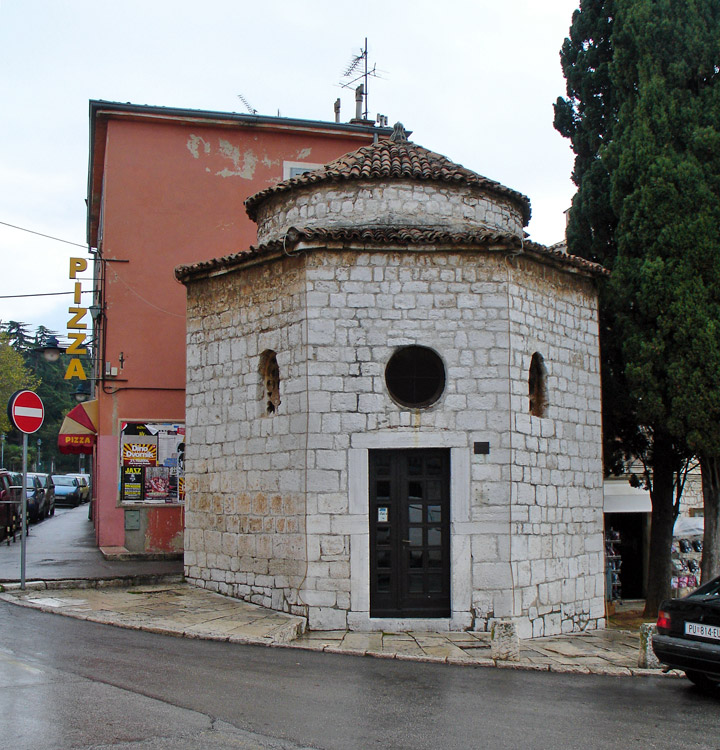 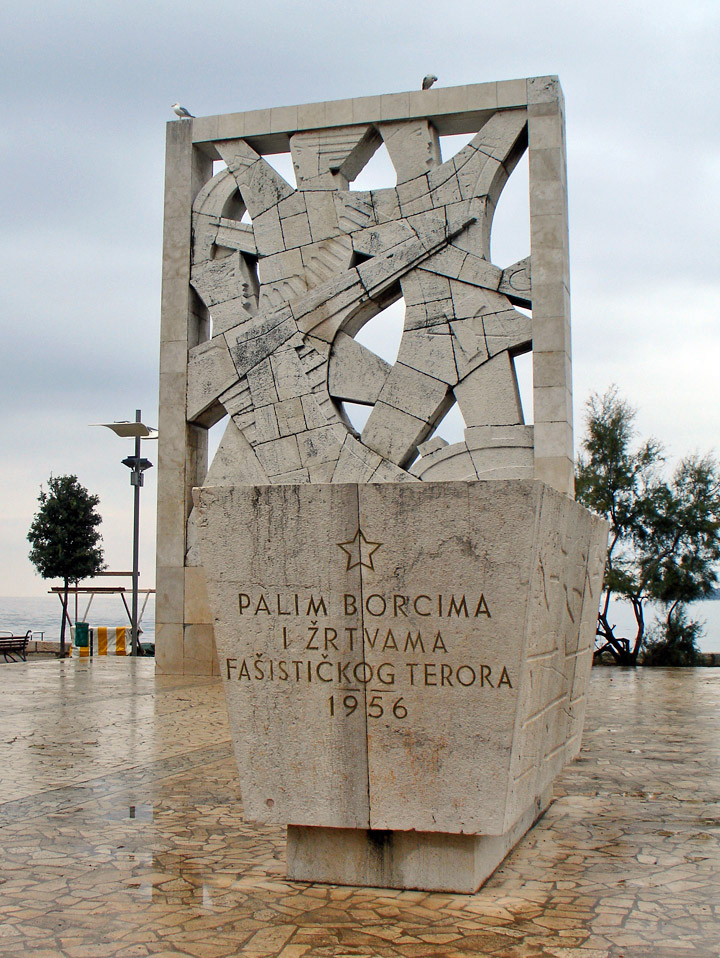 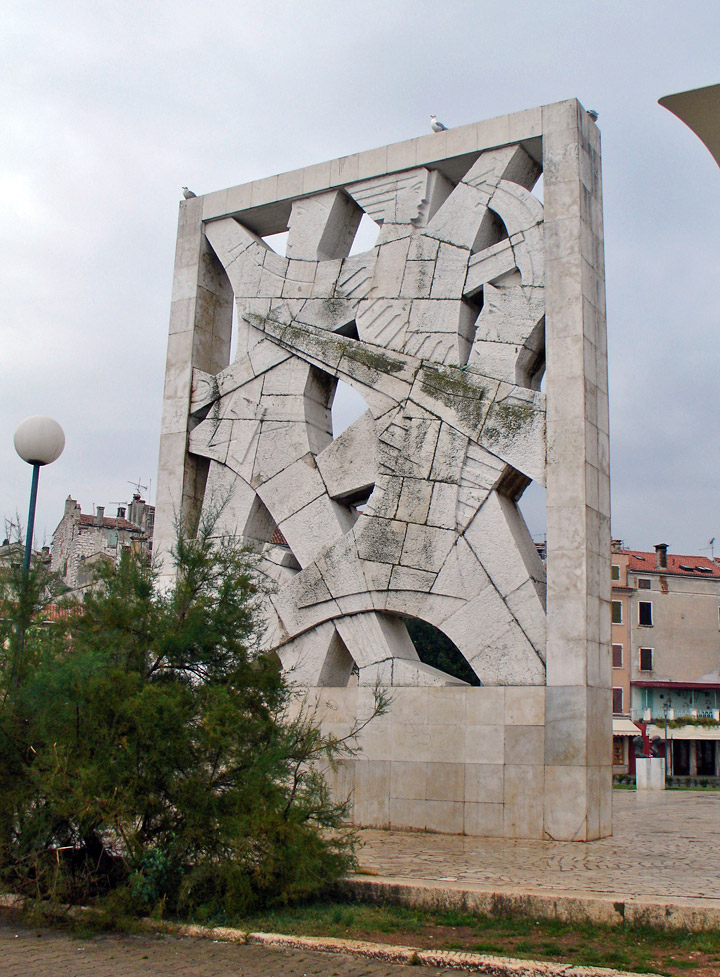 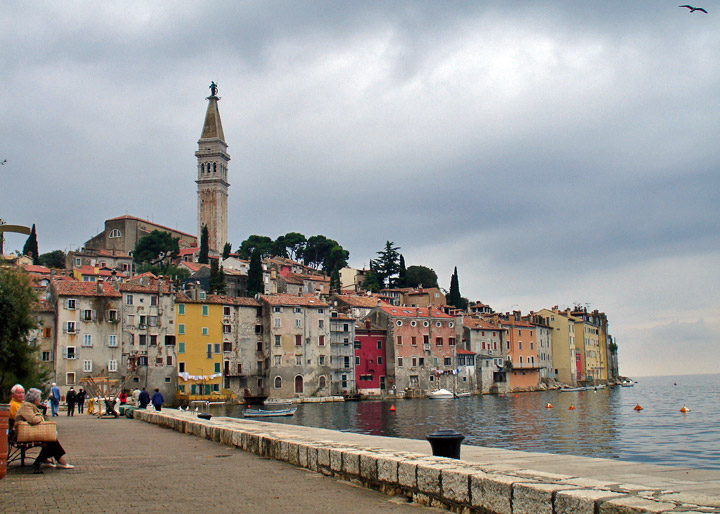