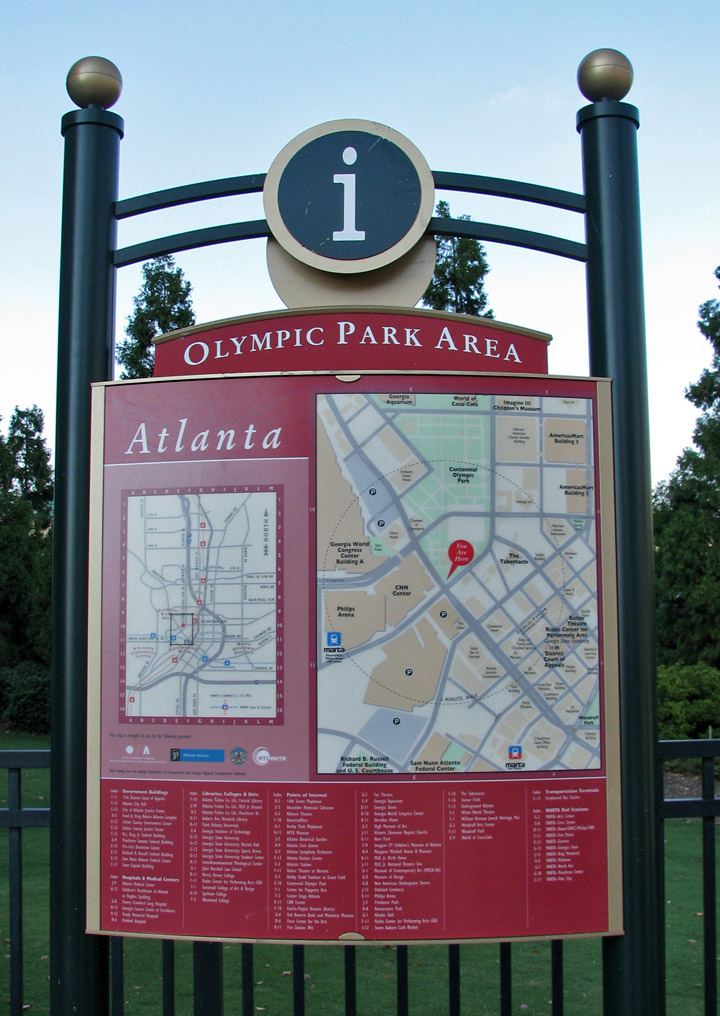 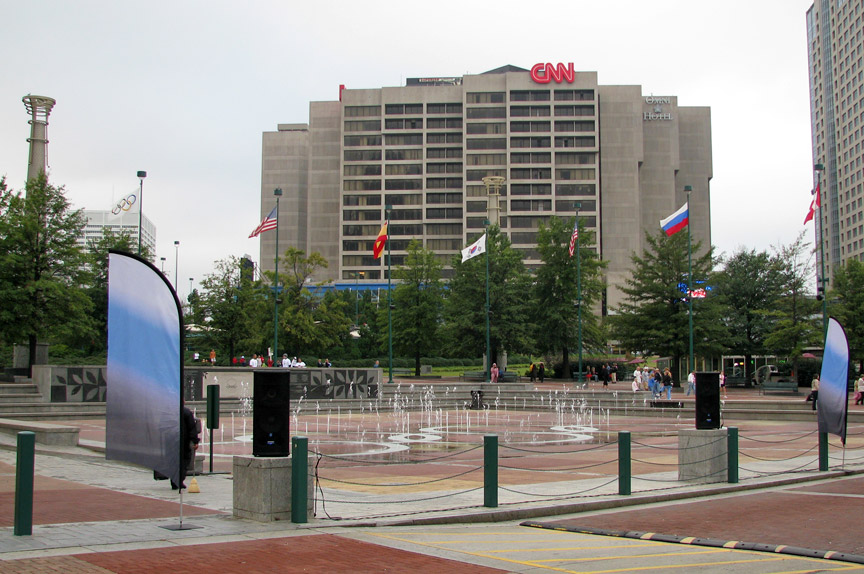 Atlanta was selected in September 1990 in Tokyo, Japan, above Athens, Belgrade, Manchester, Melbourne and Toronto. 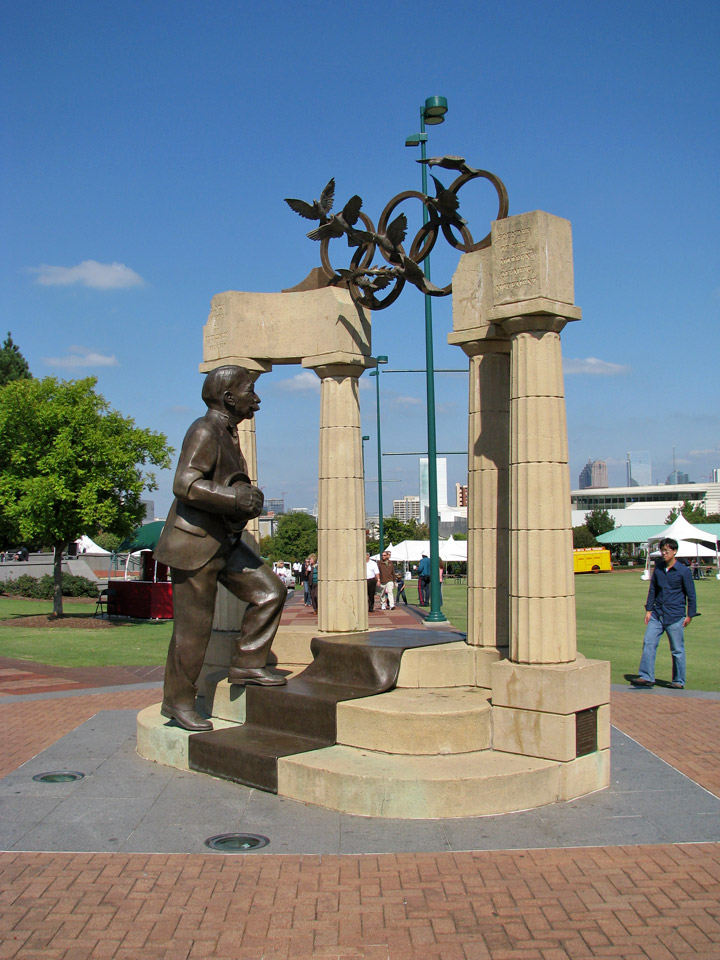 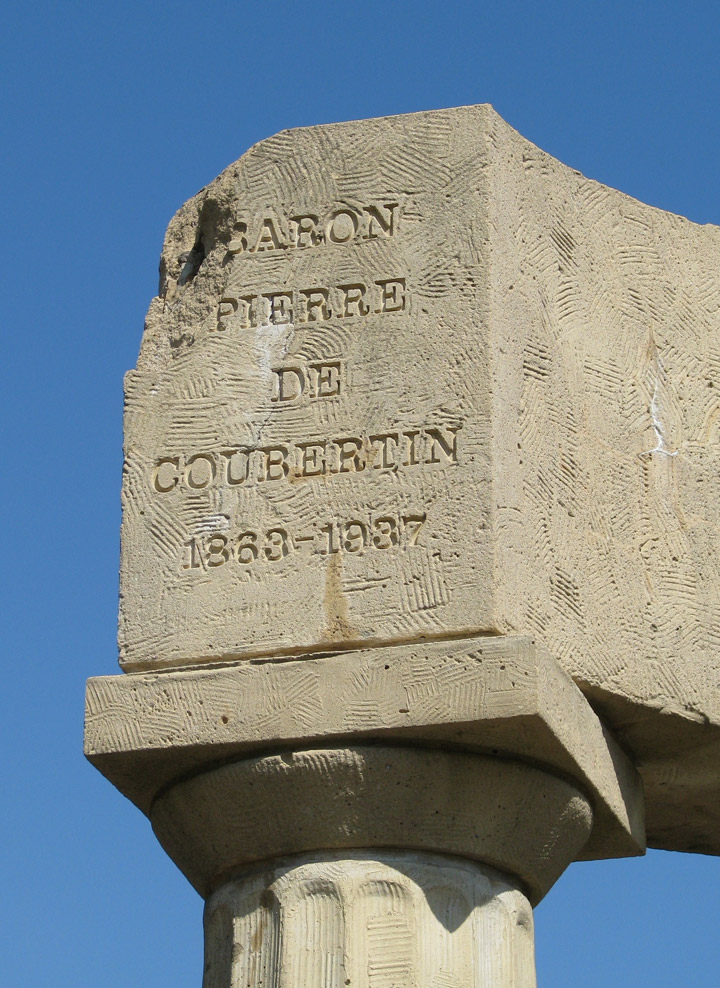 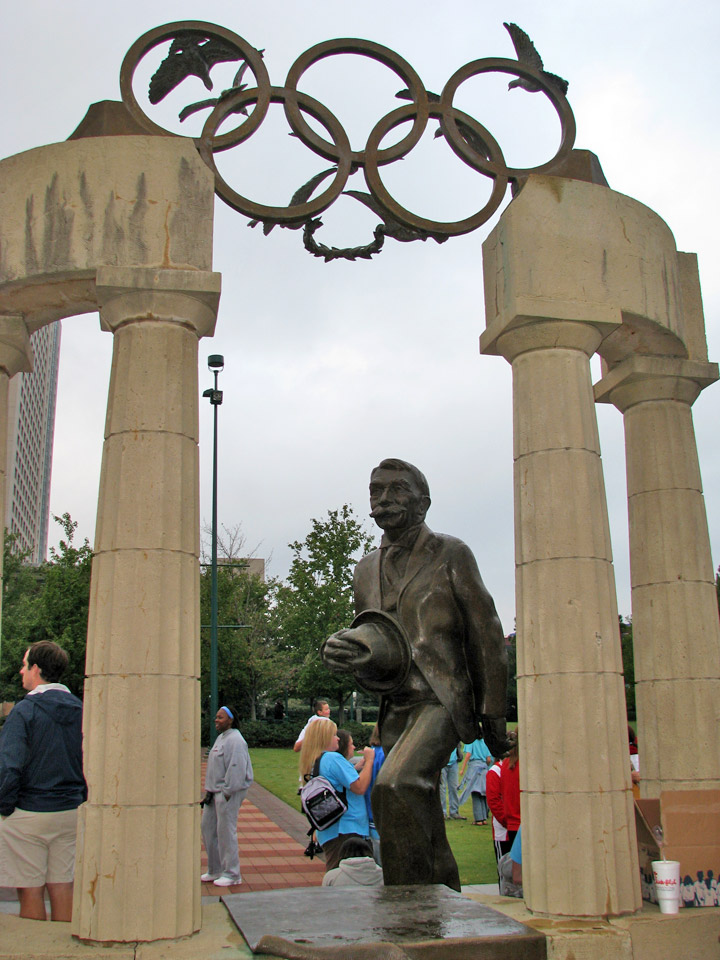 The games had a profound impact on the city of Atlanta and many in the metro area consider the Games to be instrumental in transforming Atlanta into the modernized city it has become. One instance is the mid-rise dormitories built for the Olympic Village, as one of these complexes became the first residential housing for Georgia State University, and has recently been transferred for use by the Georgia Institute of Technology. Another example is Centennial Olympic Stadium, which by design was later converted in the baseball-specific Turner Field for the Atlanta Braves after the Games concluded, as there was no long-term need for a track and field venue in the city. Centennial Olympic Park was also built for the events and is still in use. 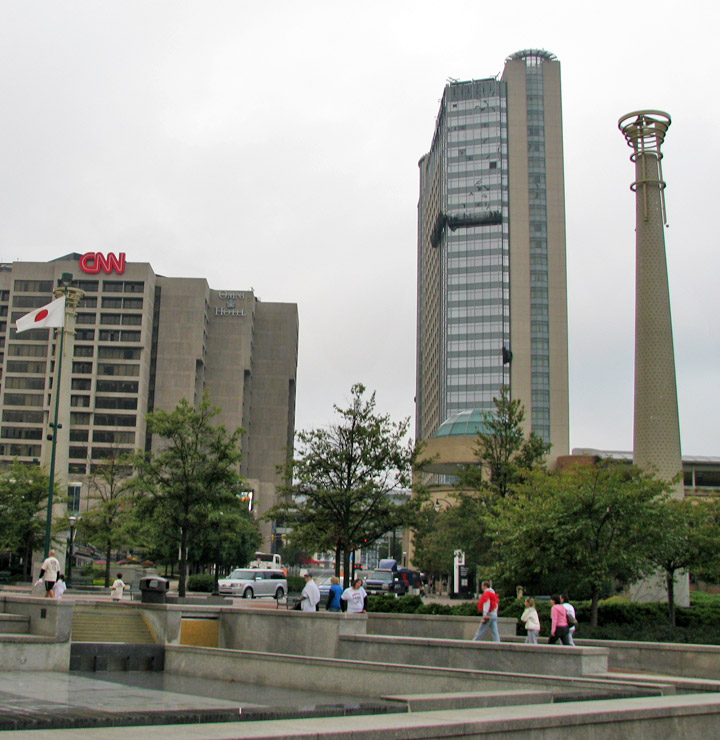 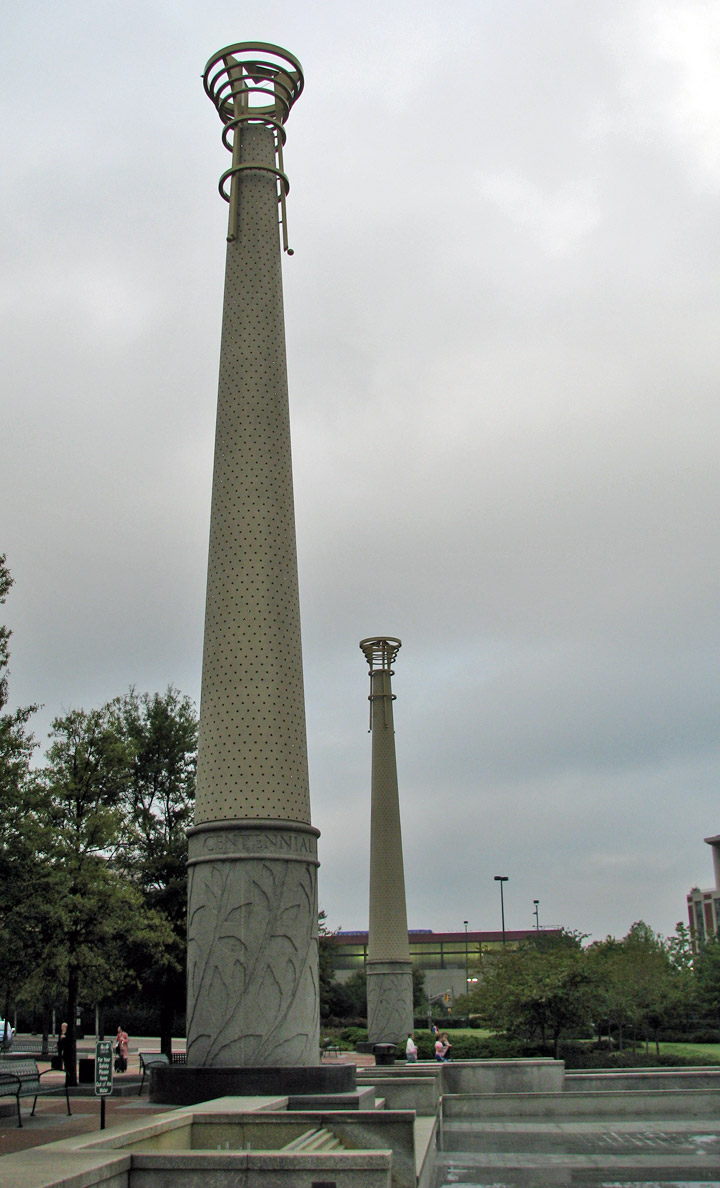 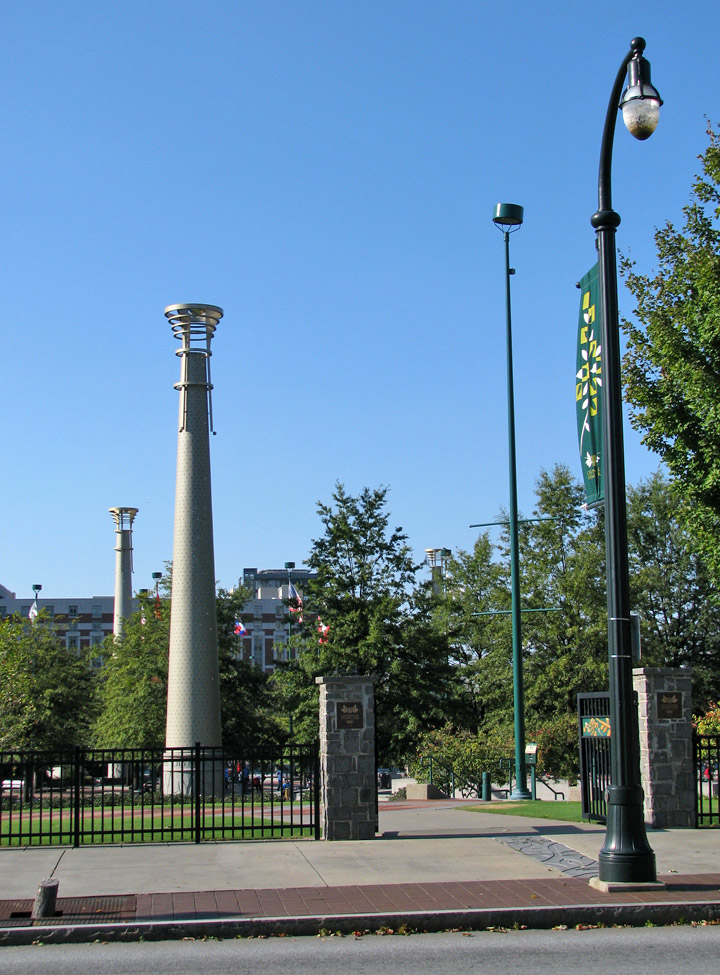 However, Atlanta's heavy reliance on corporate sponsorship caused many to consider the Games to be overly-commercialized. Coca-Cola, whose corporate headquarters is in Atlanta, received criticism for being the exclusive drink offered in Olympic venues; interestingly, President Bill Clinton was spotted at one event drinking a Canada Dry Ginger Ale. In addition, the city of Atlanta was found to have been competing with the IOC for advertising and sponsorship dollars. The city licensed street vendors who sold certain products over others, and therefore provided a presence for companies who were not official Olympic sponsors.s. 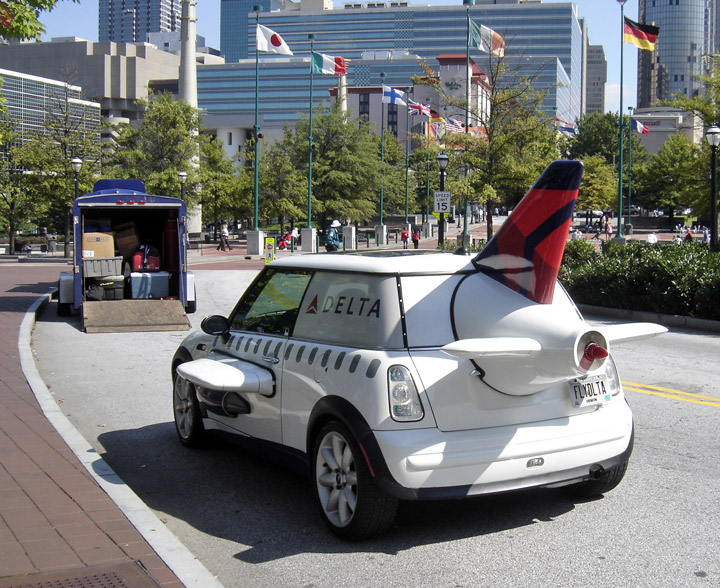 Delta, the airline of Atlanta

A report prepared by European Olympic officials after the Games was critical of Atlanta's performance in several key issues, including the level of crowding in the Olympic Village, the quality of available food, the accessibility and convenience of transportation, and the Games' general atmosphere of commercialism. 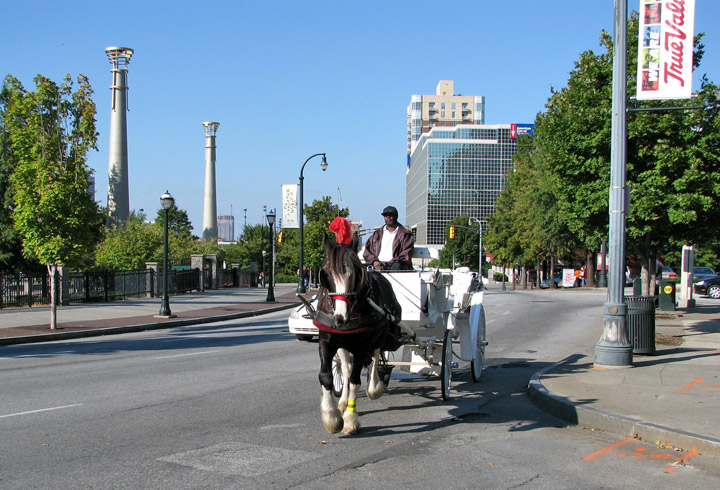 The Atlanta Olympics were marred by the Centennial Olympic Park bombing on July 27. This bombing killed spectator Alice Hawthorne and wounded 111 others, and caused the death of Melih Uzunyol by heart attack. Eric Robert Rudolph was charged with and confessed to this bombing and several others. He is now in a US Federal prison. 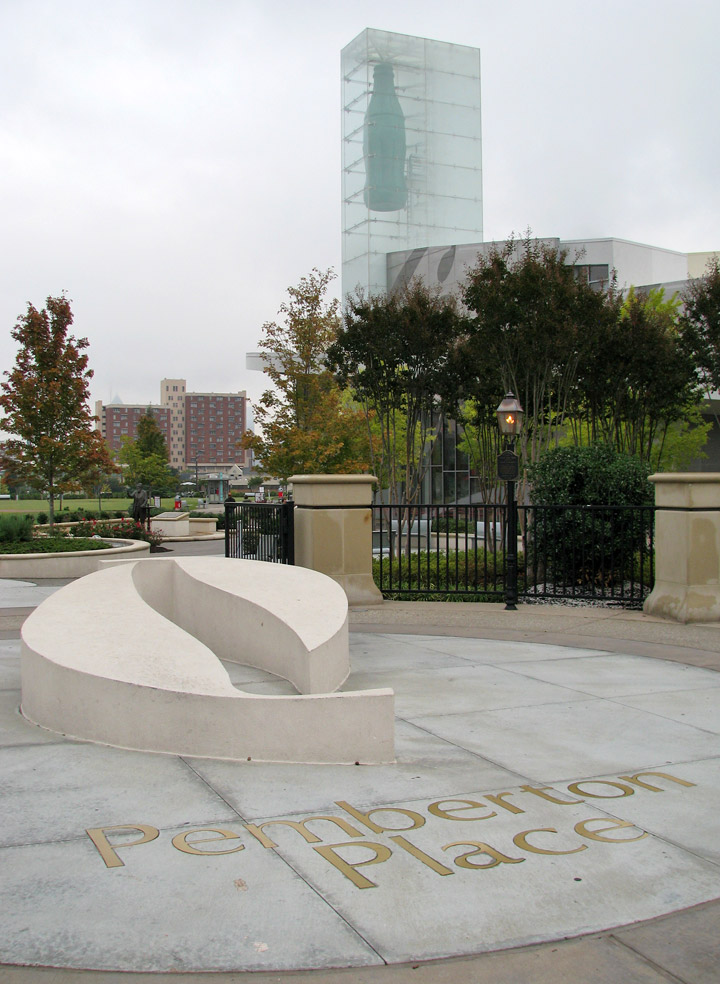 
At the closing ceremony, IOC President Juan Antonio Samaranch said in his closing speech, "Well done, Atlanta" and called the Games "most exceptional". This broke precedent for Samaranch, who had traditionally labeled each Games "the best Olympics ever" at each closing ceremony, a practice he resumed at the subsequent Games in Sydney in 2000. 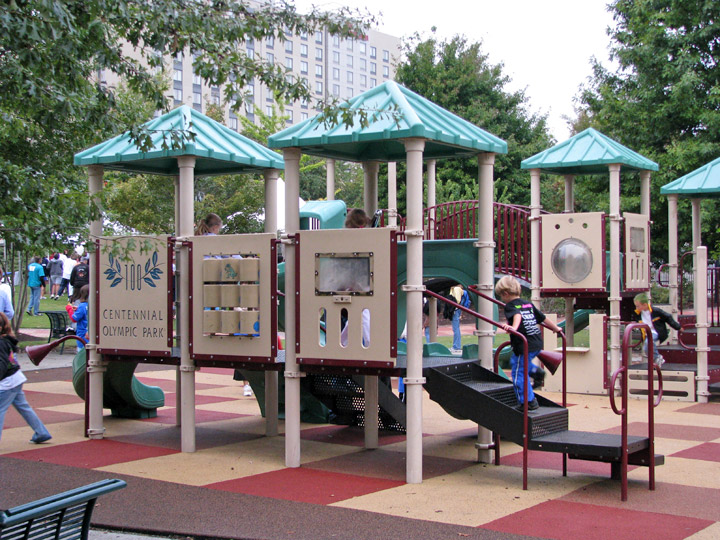 The Olympiad's official theme, Summon the Heroes, was written by John Williams, making it the third Olympiad for which he has composed. The song "The Power of the Dream", composed by Kenneth "Babyface" Edmonds and David Foster, with words by Linda Thompson was performed in the opening ceremony by Céline Dion accompanied by Foster and the Atlanta Symphony Orchestra and Centennial Choir. Gladys Knight sang "Georgia on My Mind", Georgia's official state song, at the opening ceremony. The closing ceremony featured Gloria Estefan singing "Reach", the official theme song of the 1996 Olympics. At the closing of the ceremony Trisha Yearwood performed the Olympics song ["The Flame"]. 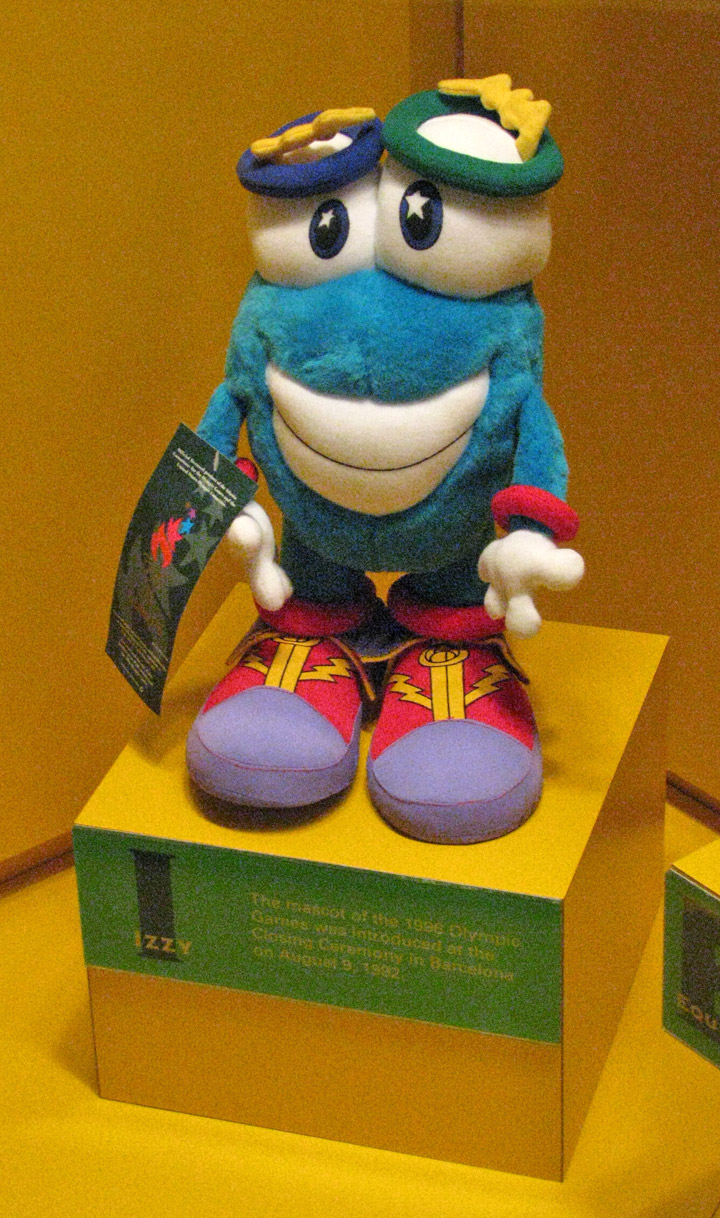 The mascot for the Olympiad was an abstract, animated character named Izzy. In contrast to the standing tradition of mascots of national or regional significance in the city hosting the Olympiad, Izzy was an amorphous, computer-designed fantasy figure. 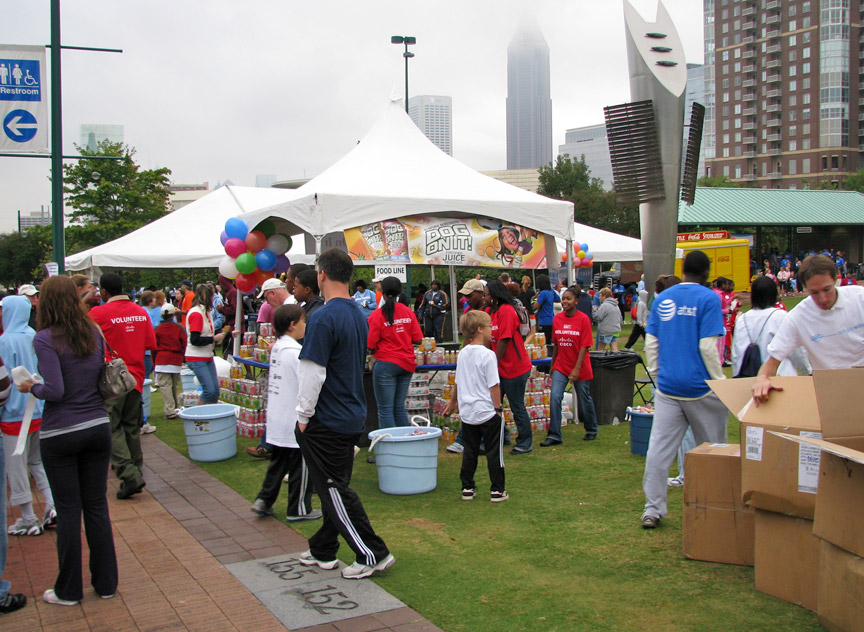 walkers for a cause in Centennial Olympic Park 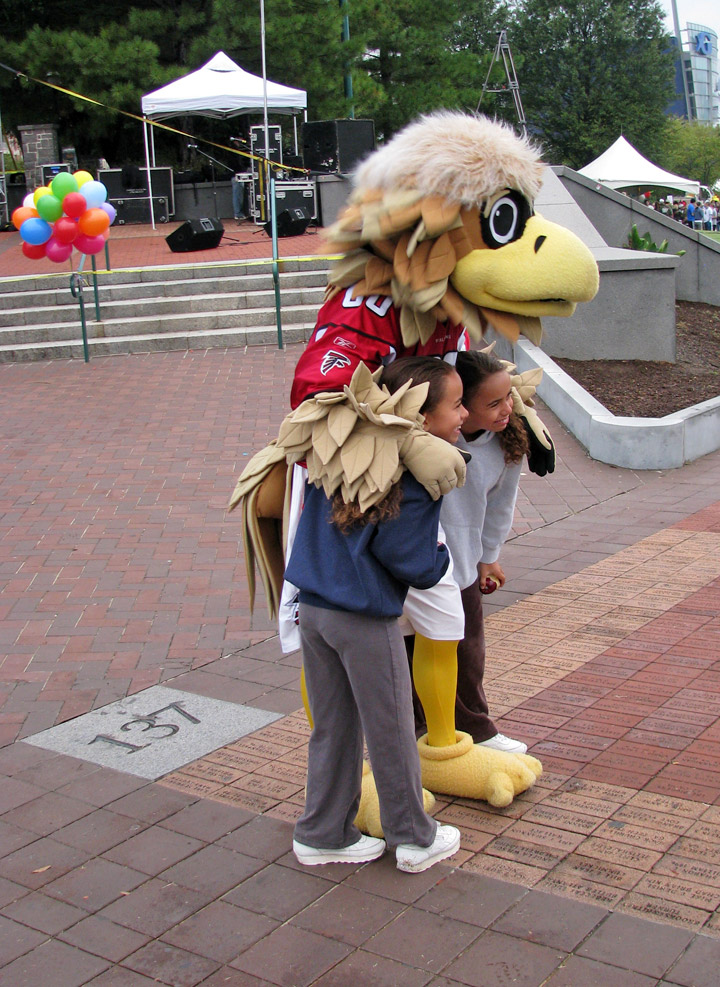 Atlanta Falcon mascot in the park to meet the children 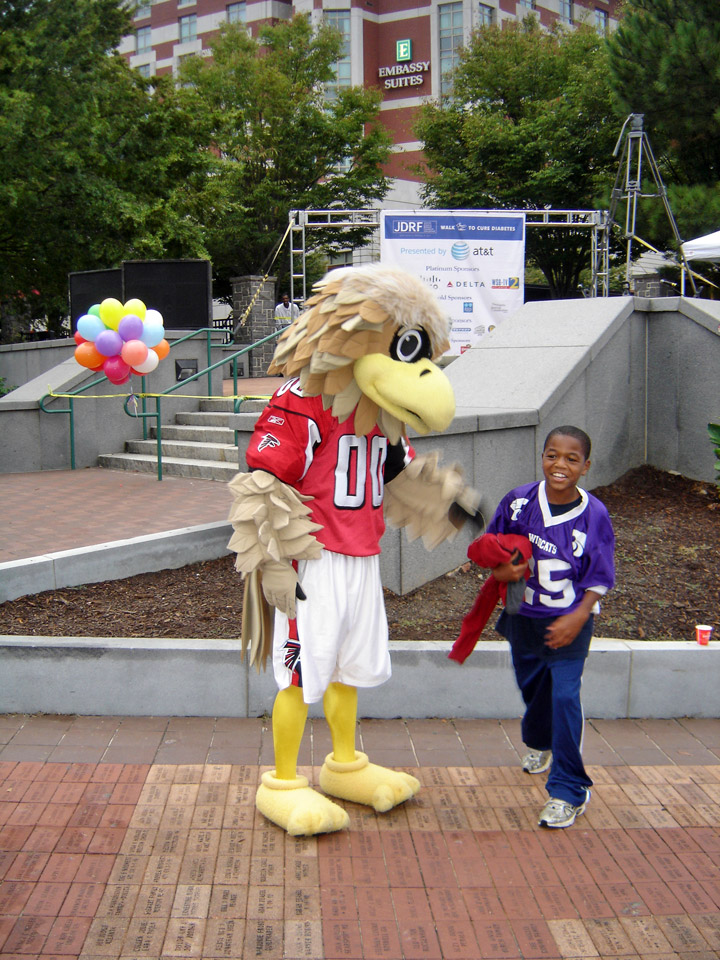 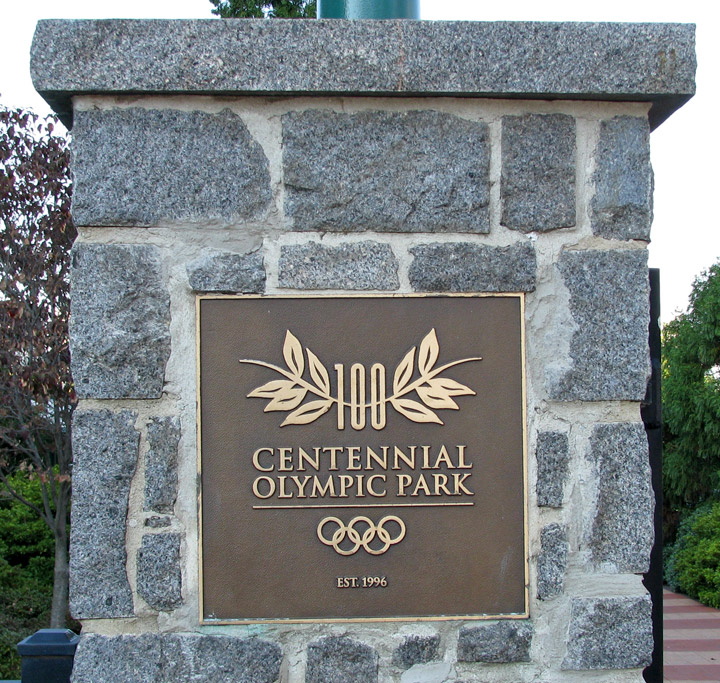