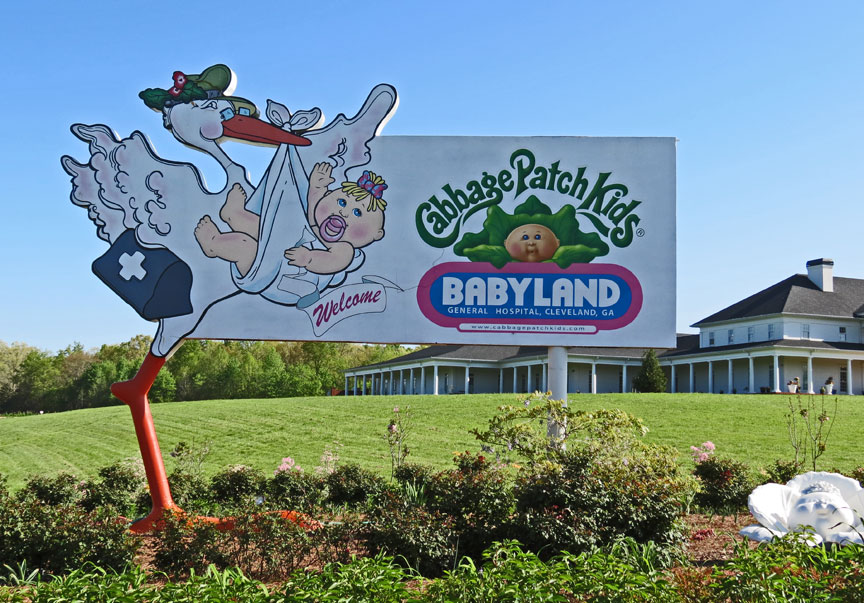 Babyland General Hospital is the birthplace of Cabbage Patch dolls located in Cleveland, Georgia. Xavier Roberts converted an old clinic into a facility from which to sell his dolls, originally called "Little People." The facility is presented as a birthing, nursery, and adoption center for premium Cabbage Patch Kids. Although the fad surrounding the dolls has largely died down, Babyland General is still heavily trafficked by diehard fans and curiosity seekers. 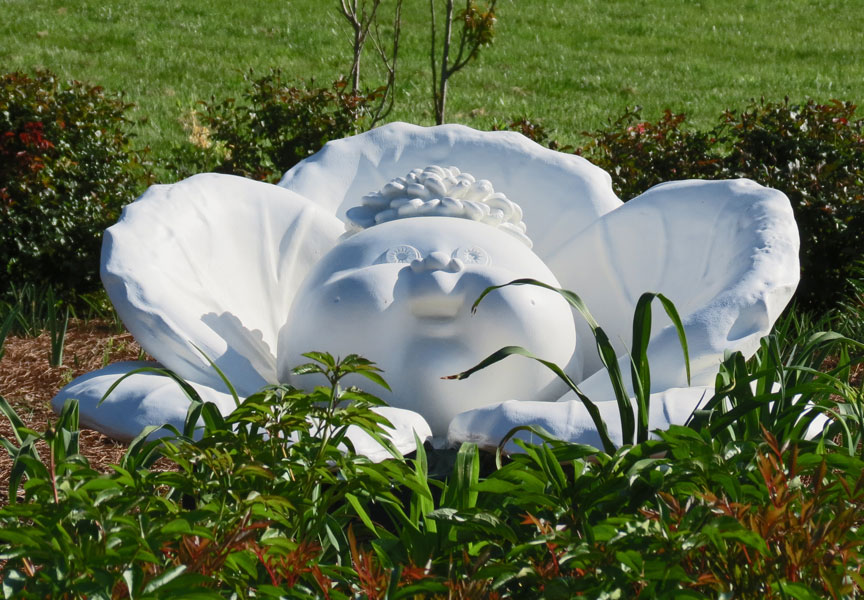 Dolls are "birthed" every hour during business hours in a procedure during which one of the "LPN's" (Licensed Patch Nurse) assists the Magic Crystal Tree in producing each doll. When the intercom announces that a Mother Cabbage is in labor, a nurse hurries to get ready for delivery of a new Cabbage Patch baby. With the nurse are the pink and blue bunnybees that pollinate the kids with crystals, determining if the newborn is a boy- blue crystal or girl- pink crystal. The nurse comments on how much the Tree is dilated and injects with "Imagicillin," an "experimental but highly recommended" drug. 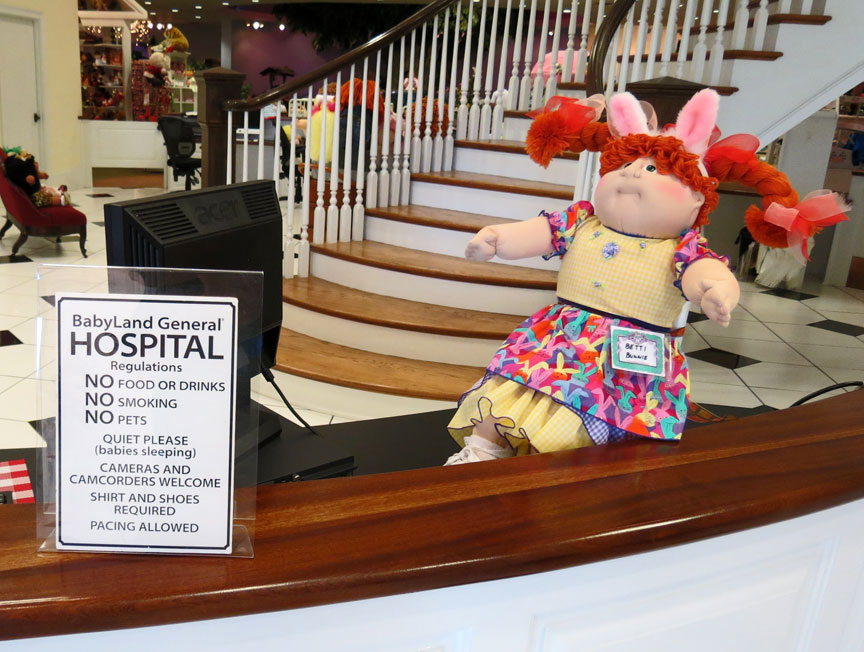 If the need arises, a "C-section" or "Cabbage section" may be administered. After the doll is successfully birthed, the audience is asked to provide suggestions for the its first two names, the third of which is always that of the adopter. Most of the time the children's names are chosen by the youngest kid. These names are then recorded on its certificate and on a name tag, and the doll takes a place among the hundreds that inhabit the facility's nurseries and play environments. A full-featured Intensive Care Unit is in place to handle premature births and otherwise unhealthy newborns. 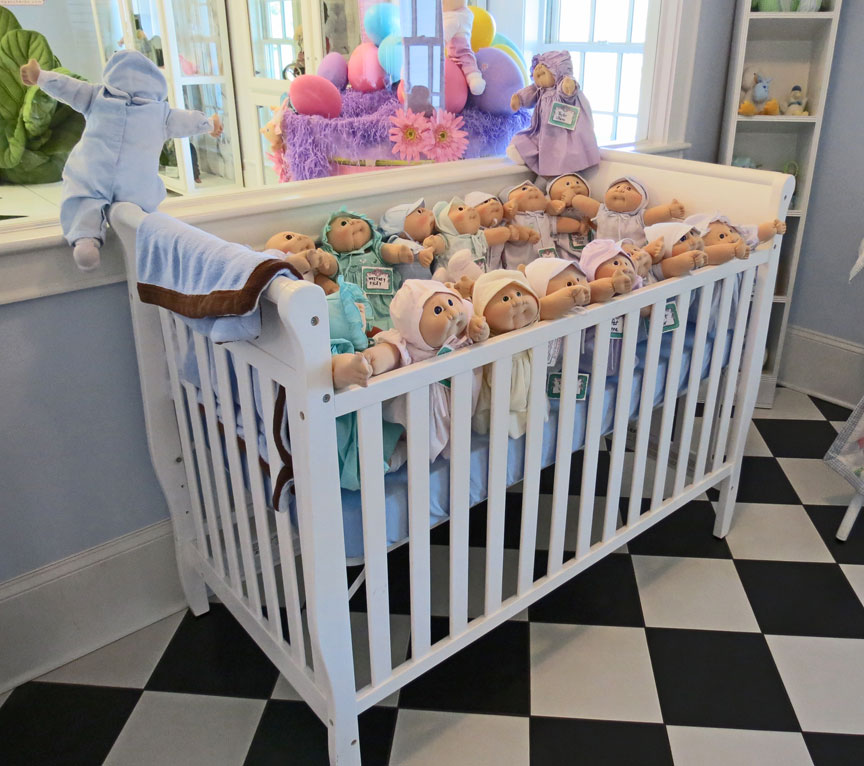 waiting to be adopted 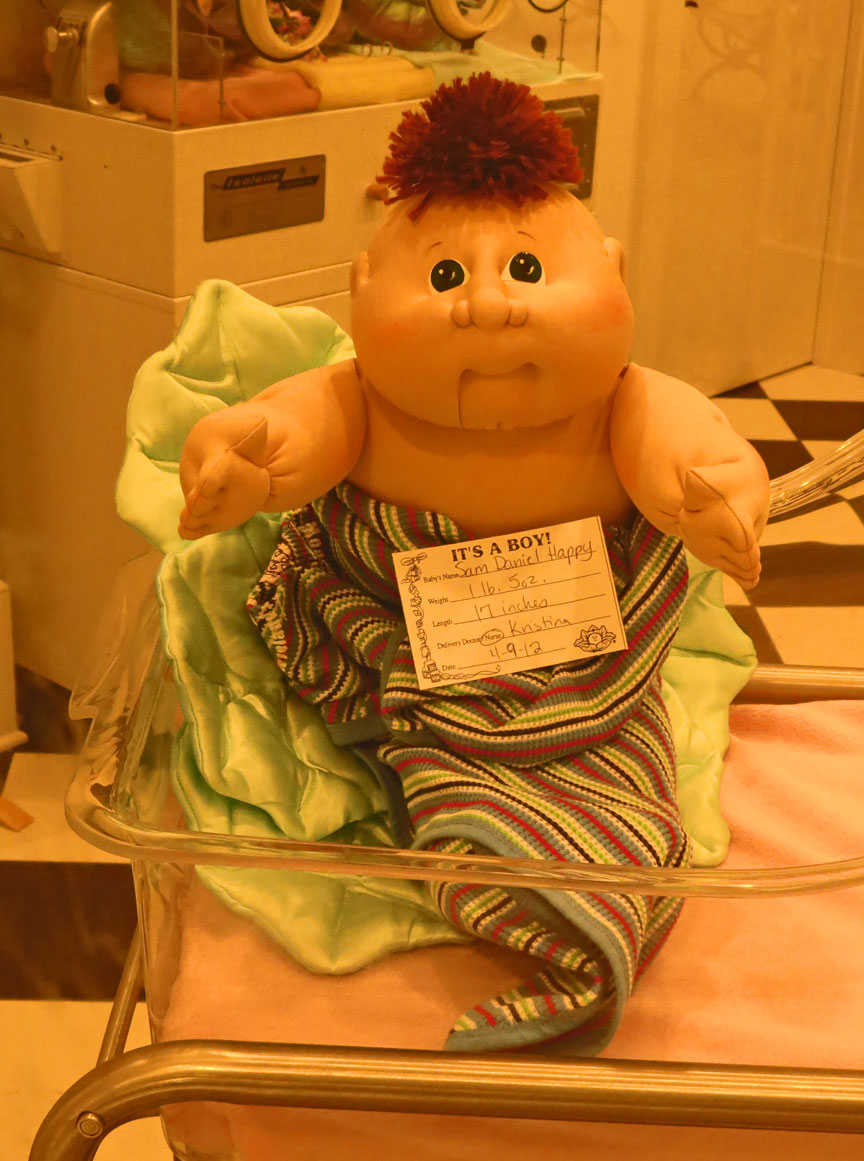 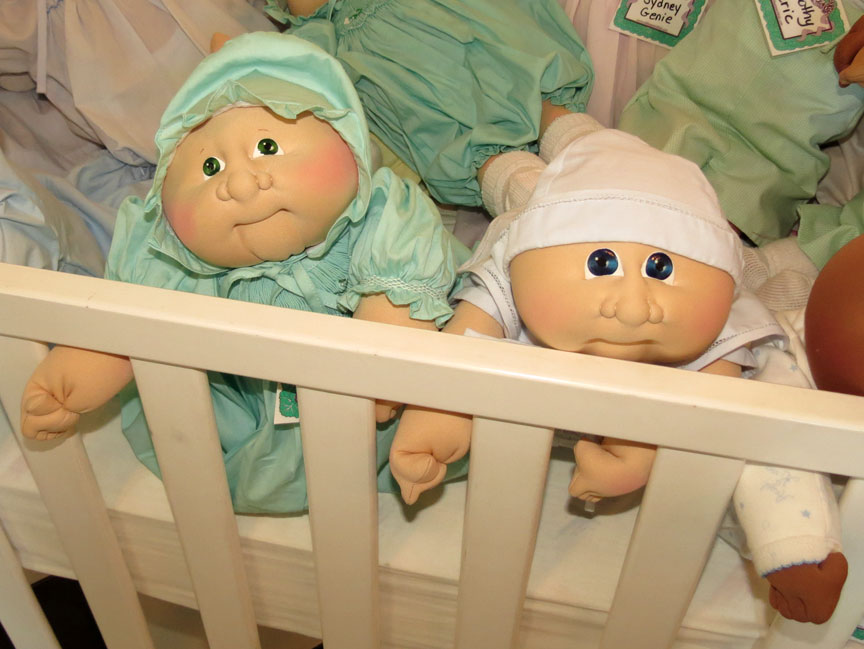 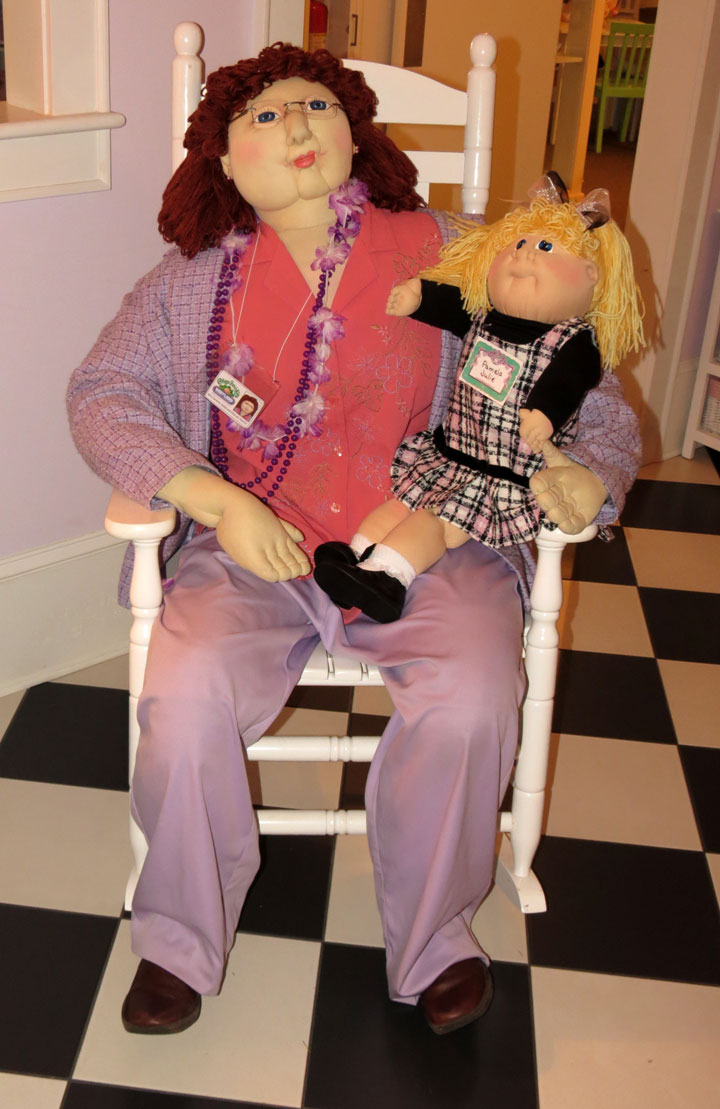 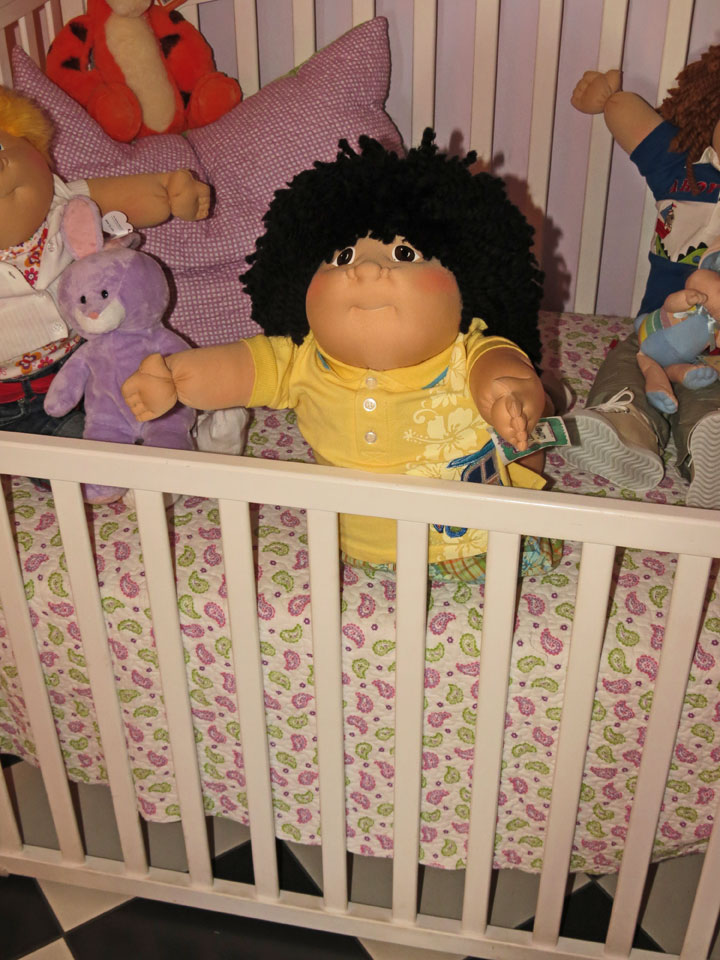 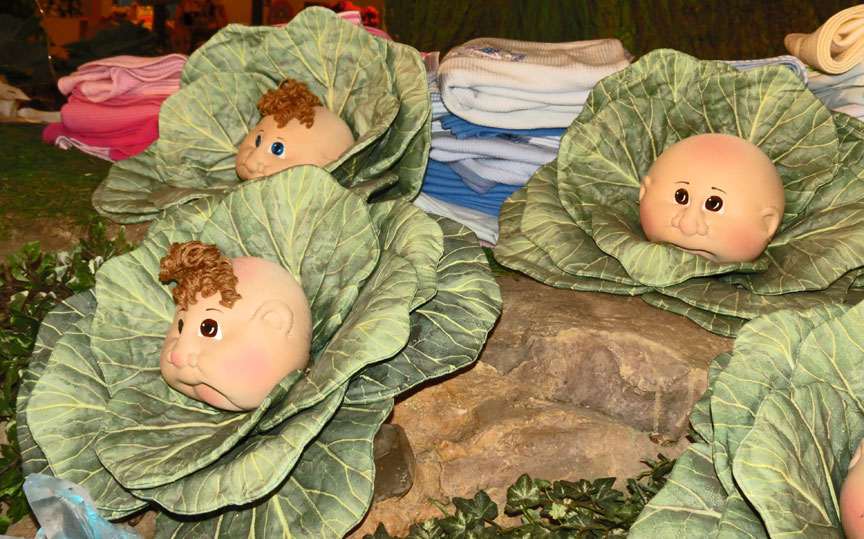 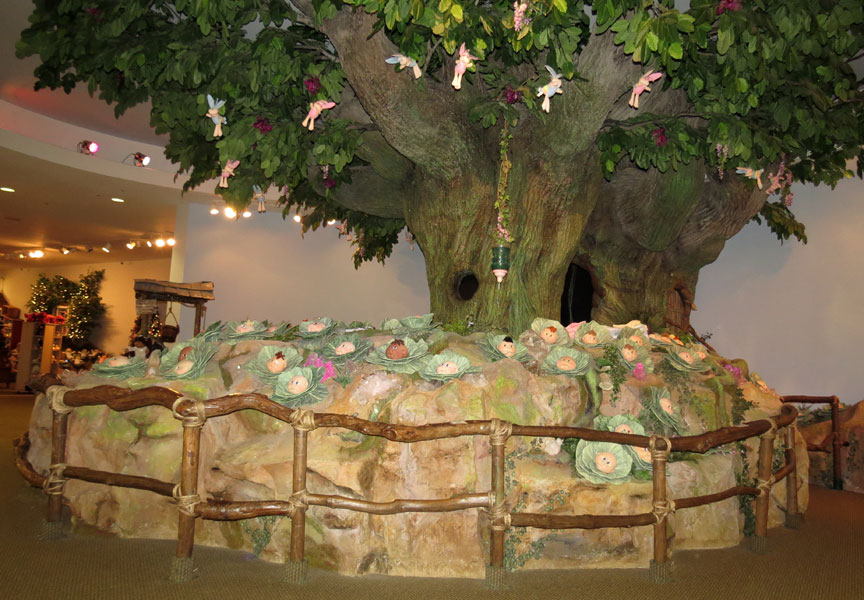 where the new children are born 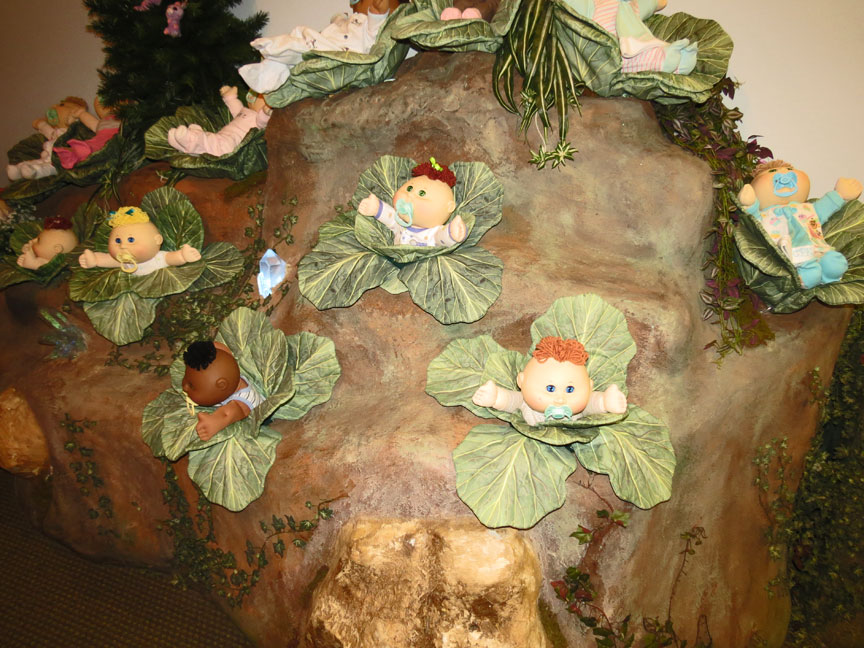 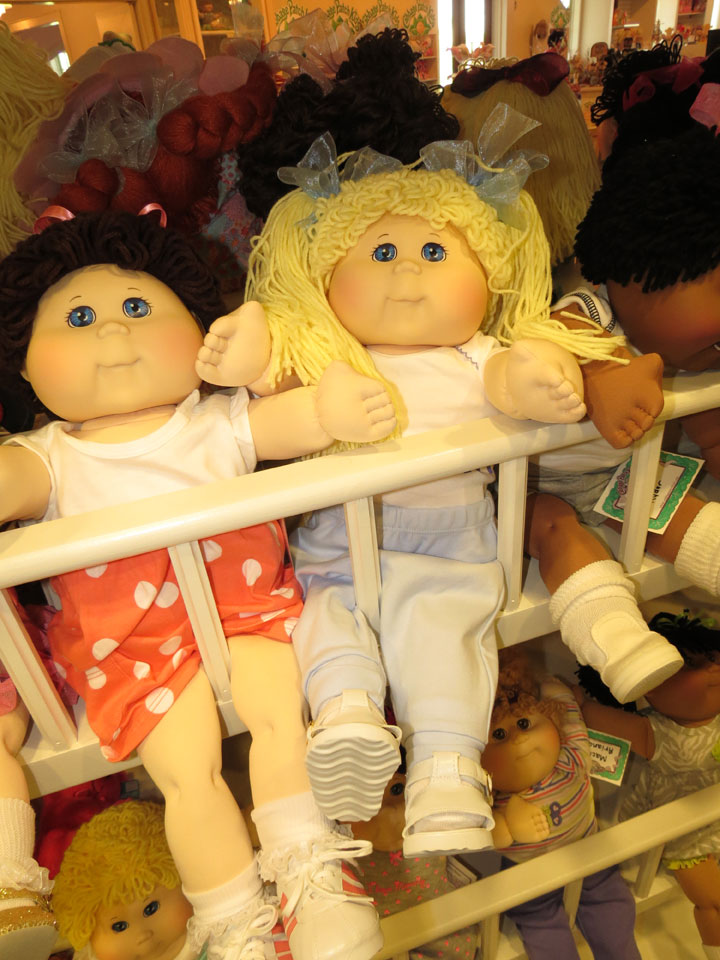 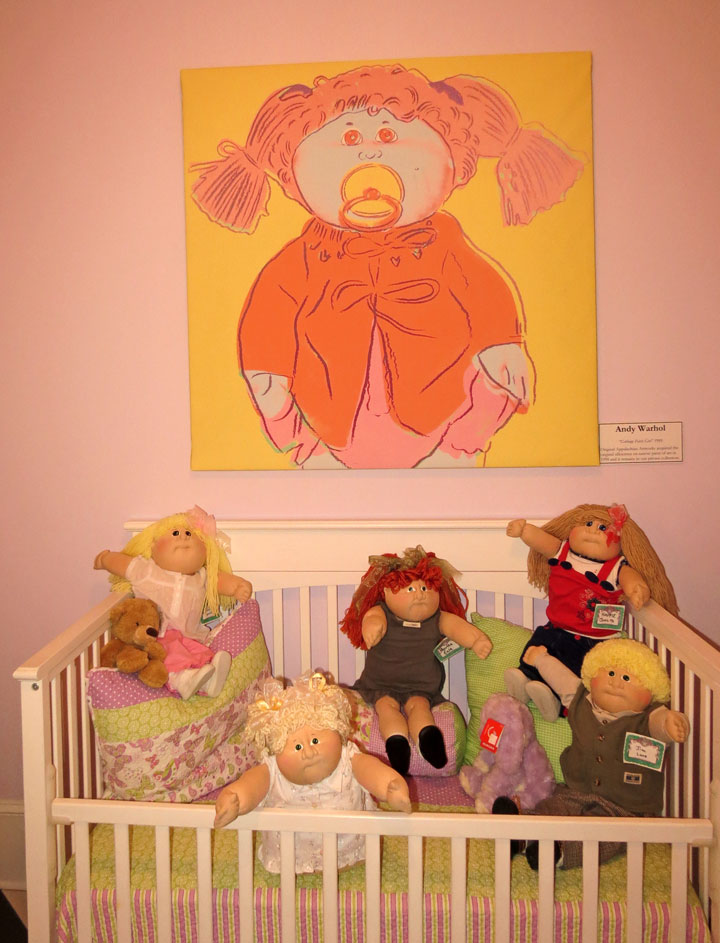 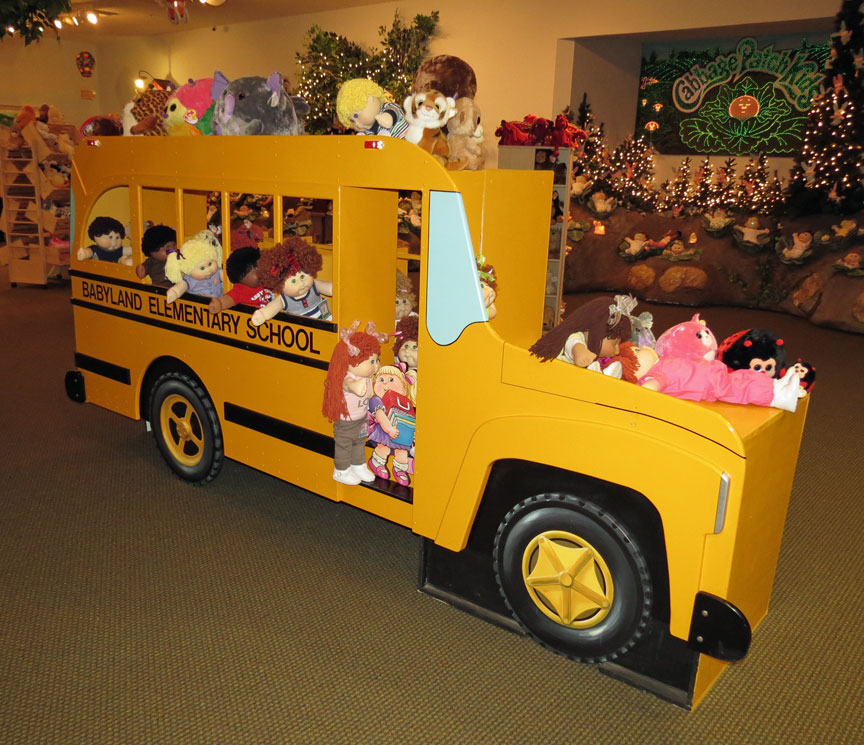