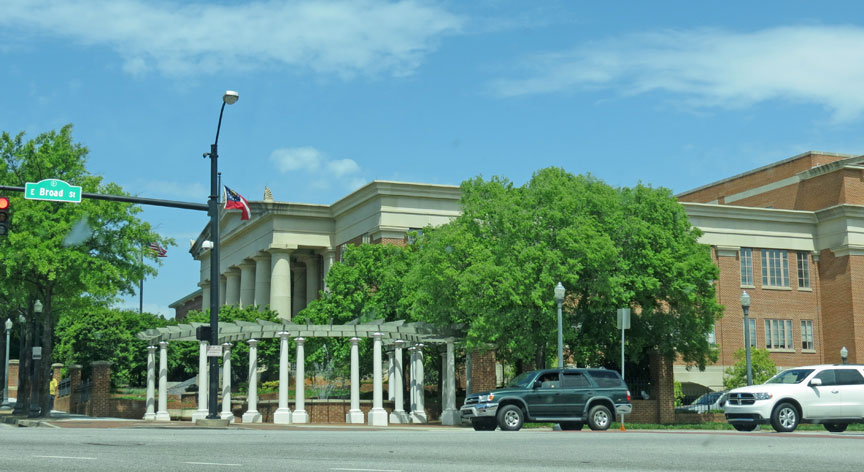 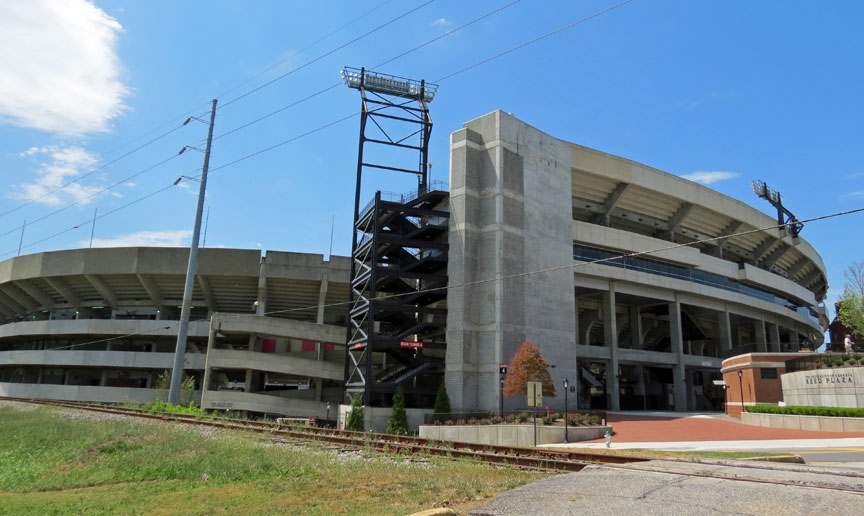 In the late 18th century, a trading settlement on the banks of the Oconee River called Cedar Shoals stood where Athens is located today. On January 27, 1785, the Georgia General Assembly granted a charter by Abraham Baldwin for the University of Georgia as the first state-supported university. Sixteen years later, in 1801, a committee from the university's board of trustees selected a site for the university on a hill above Cedar Shoals in what was then Jackson County. On July 25, John Milledge, one of the trustees and later governor of Georgia, bought 633 acres (2.6 km²) from Daniel Easley and donated it to the university. Milledge named the surrounding area Athens after the city that was home to the academy of Plato and Aristotle in Greece. 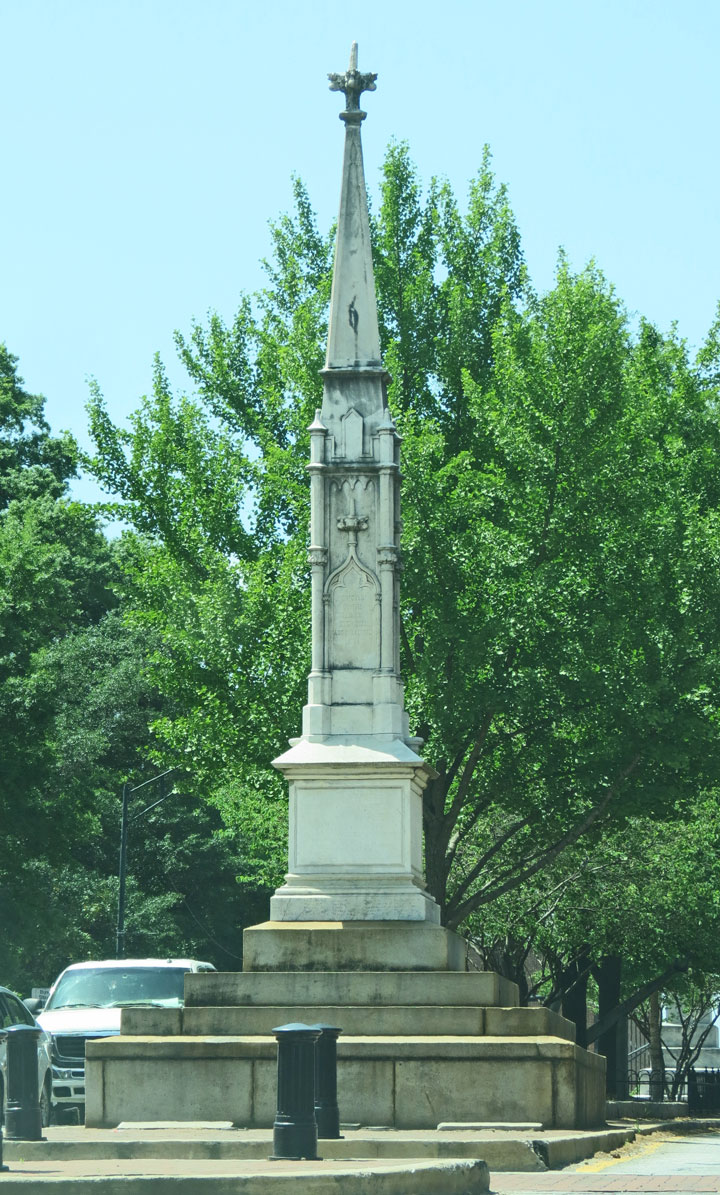 The first buildings on the University of Georgia campus were made from logs. The town grew as lots adjacent to the college were sold to raise money for the additional construction of the school. By the time the first class graduated from the University in 1804, Athens consisted of three homes, three stores and a few other buildings facing Front Street, now known as Broad Street. Completed in 1806 and named in honor of Benjamin Franklin, Franklin College was the University of Georgia and the City of Athens' first permanent structure. This brick building is now called Old College. 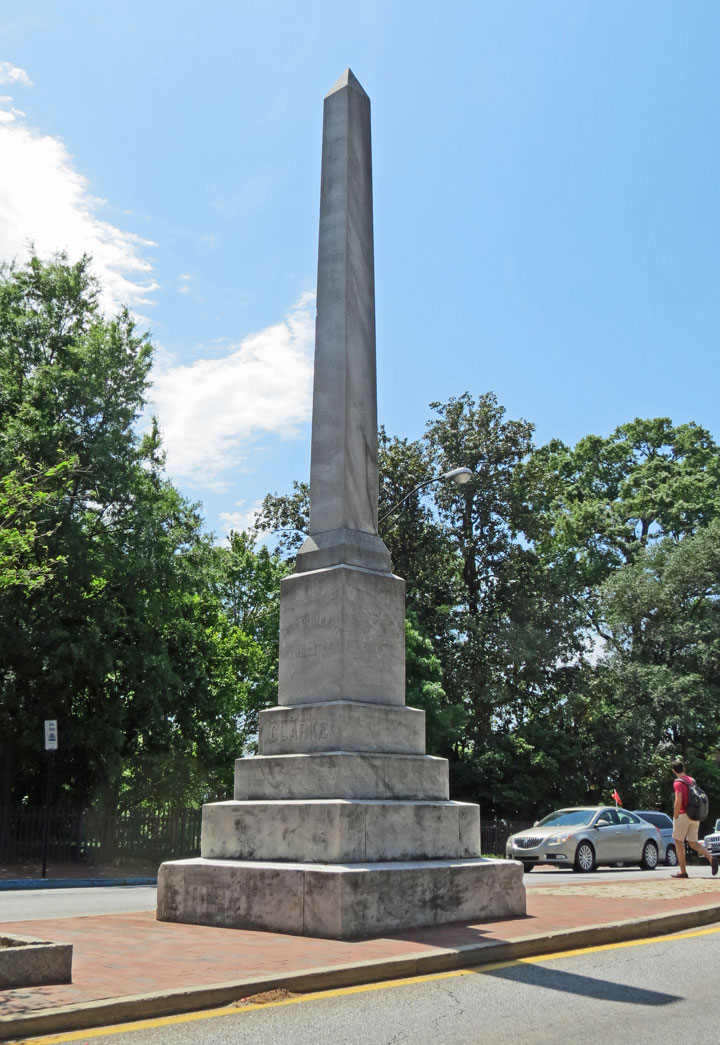 Athens officially became a town in December 1806 with a government made up of a three-member commission. The university continued to grow, as did the town, with cotton mills fueling the industrial and commercial development. Athens became known as the "Manchester of the South" after the city in England known for its mills. In 1833 a group of Athens businessmen led by James Camak, tired of their wagons getting stuck in the mud, built one of Georgia's first railroads, the Georgia, connecting Athens to Augusta by 1841, and to Marthasville (now Atlanta) by 1845. 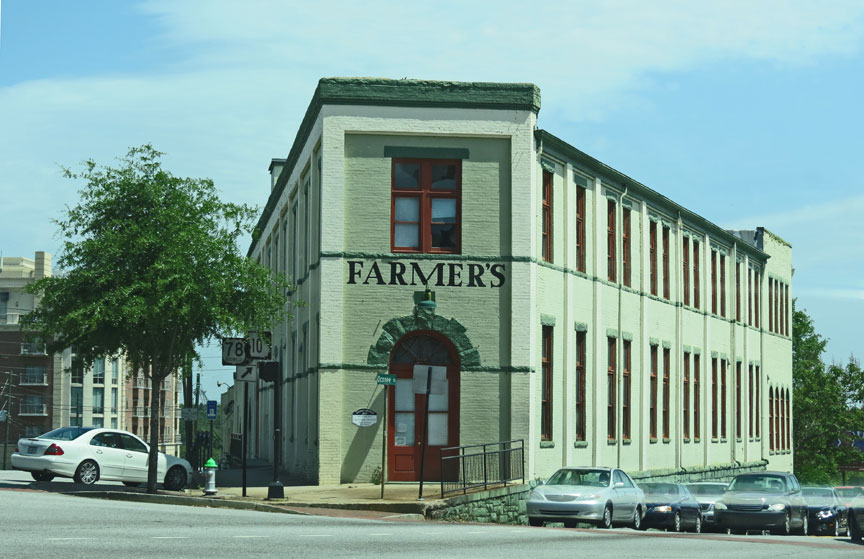 During the American Civil War, Athens became a significant supply center when the New Orleans armory was relocated to what is now called the Chicopee building. Fortifications can still be found along parts of the North Oconee River between College and Oconee St. In addition, Athens played a small part in the ill-fated Stoneman Raid when a skirmish was fought on a site overlooking the Middle Oconee River near what is now the old Macon Highway. As in many southern towns, there is a Confederate memorial. It is located on Broad Street, near the University of Georgia Arch. 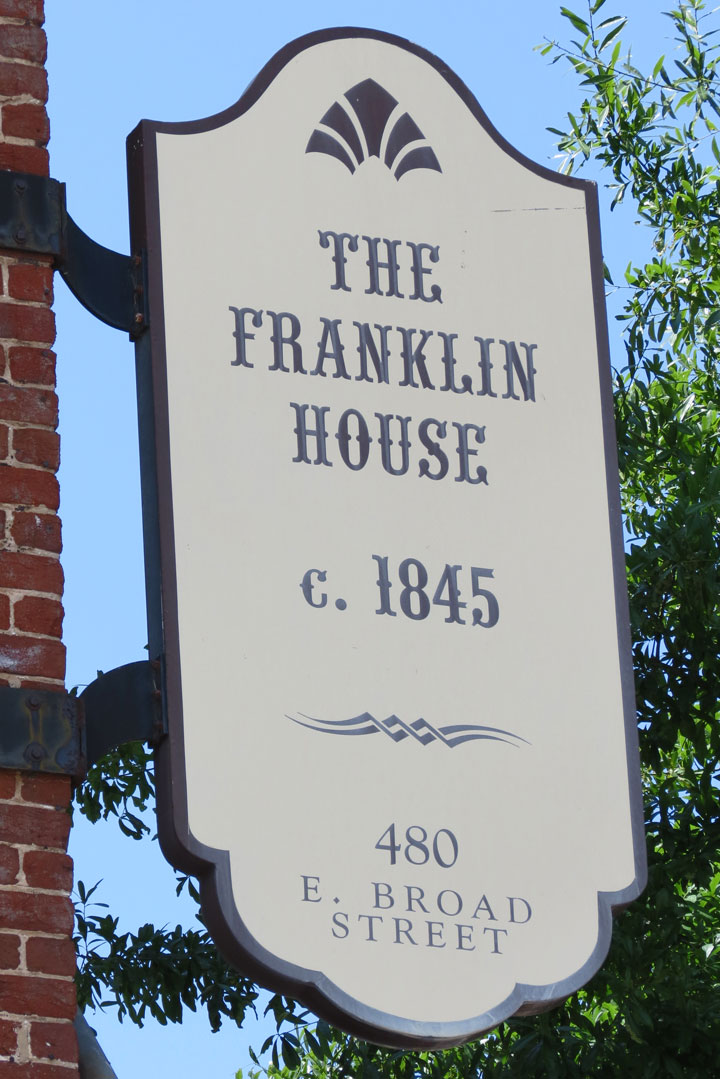 During Reconstruction, Athens continued to grow. The form of government changed to a mayor-council government with a new city charter on August 24, 1872 with Captain Henry Beusse as the first mayor of Athens. Henry Beusse was instrumental in the rapid growth of the city after the Civil War. After holding the position of mayor he worked in the railroad industry and helped to bring railroads to the region creating growth in many of the surrounding communities. Freed slaves moved to the city. Many were attracted by the new centers for education such as the Freedman's Bureau. This new population was served by three black newspapers – the Athens Blade, the Athens Clipper, and the Progressive Era. 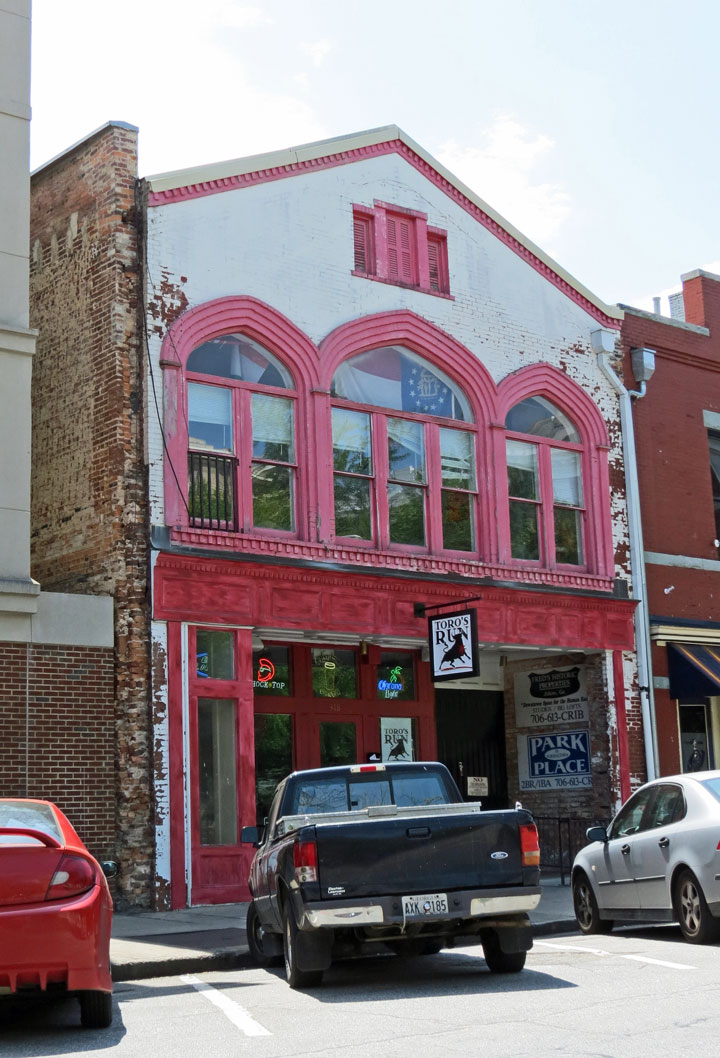 In the 1880s, as Athens became more densely populated, city services and improvements were undertaken. The Athens Police Department was founded in 1881 and public schools opened in fall of 1886. Telephone service was introduced in 1882 by the Bell Telephone Company. Transportation improvements were also introduced with a street paving program beginning in 1885 and streetcars, pulled by mules, in 1888.

By its centennial in 1901, Athens was a much-changed city. A new city hall was completed in 1904. An African-American middle class and professional class had grown around the corner of Washington and Hull Streets, known as the "Hot Corner." The theater at the Morton Building hosted movies and performances by well-known black musicians such as Louis Armstrong, Cab Calloway, and Duke Ellington. In 1907 aviation pioneer Ben T. Epps became Georgia's first pilot on a hill outside town that would become the Athens-Ben Epps Airport. Athens got its first tall building in 1908 with the seven-story Southern Mutual Insurance Company building.

student housing at the University of Georgia

During World War II, the U.S. Navy built new buildings and paved runways to serve as a training facility for naval pilots. In 1954, the U.S. Navy chose Athens as the site for the Navy Supply Corps school. The school was located in Normal Town in the buildings of the old Normal School. The school closed in 2011 under the Base Realignment and Closure process. The 56 acres (23 ha) site is now home to the GHSU/UGA Medical Partnership, the UGA College of Public Health, and other health-related programs 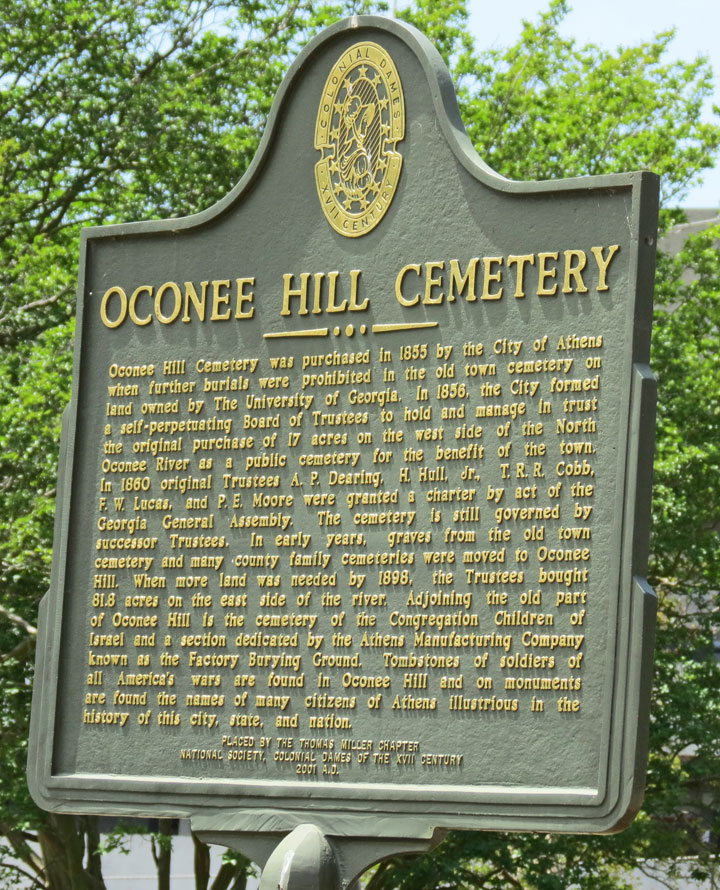 In 1961, Athens witnessed part of the civil rights movement when Charlayne Hunter and Hamilton Holmes became the first two black students to enter the University of Georgia. Three years later, a gas station attendant and member of the KKK followed black Army reserve officer Lemuel Penn out of town and murdered him in Madison County near Colbert, Georgia. This received national attention. Despite the Brown vs. Board of Education Supreme Court ruling in 1954, the Athens – Clarke County school district remained segregated until 1970.