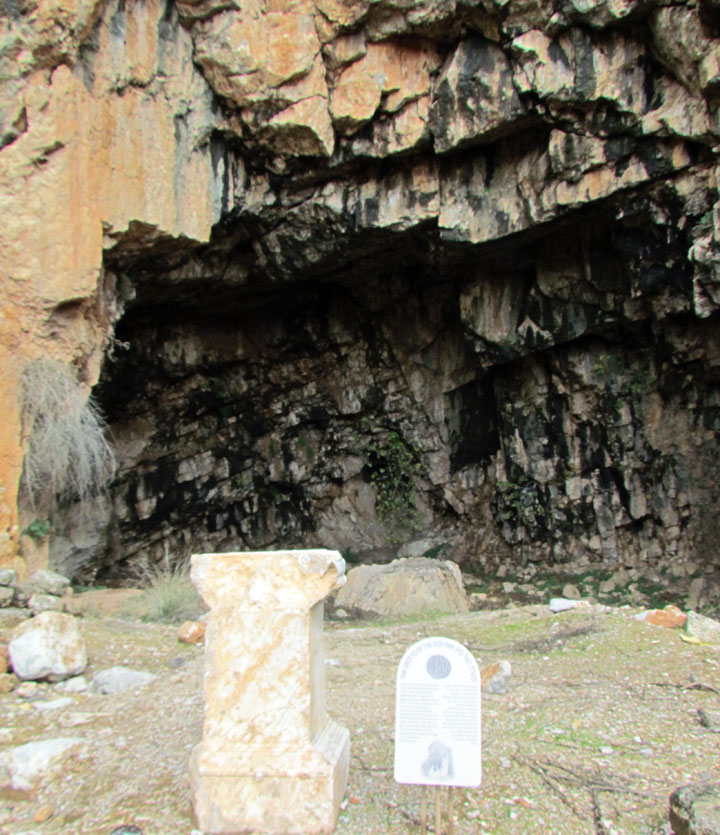 Caesarea Philippi was an ancient Roman city located at the southwestern base of Mount Hermon (Har Hermon or Arabic Jebel esh-Sheikh). The city is mentioned in the gospels of Matthew, and Mark. The city was located within the region known as the "Panion" (the region of the Greek god Pan). Named after the deity associated with the grotto and shrines close to the spring called "Paneas". Today, the city, now no longer inhabited, is an archaeological site located within the Golan Heights. 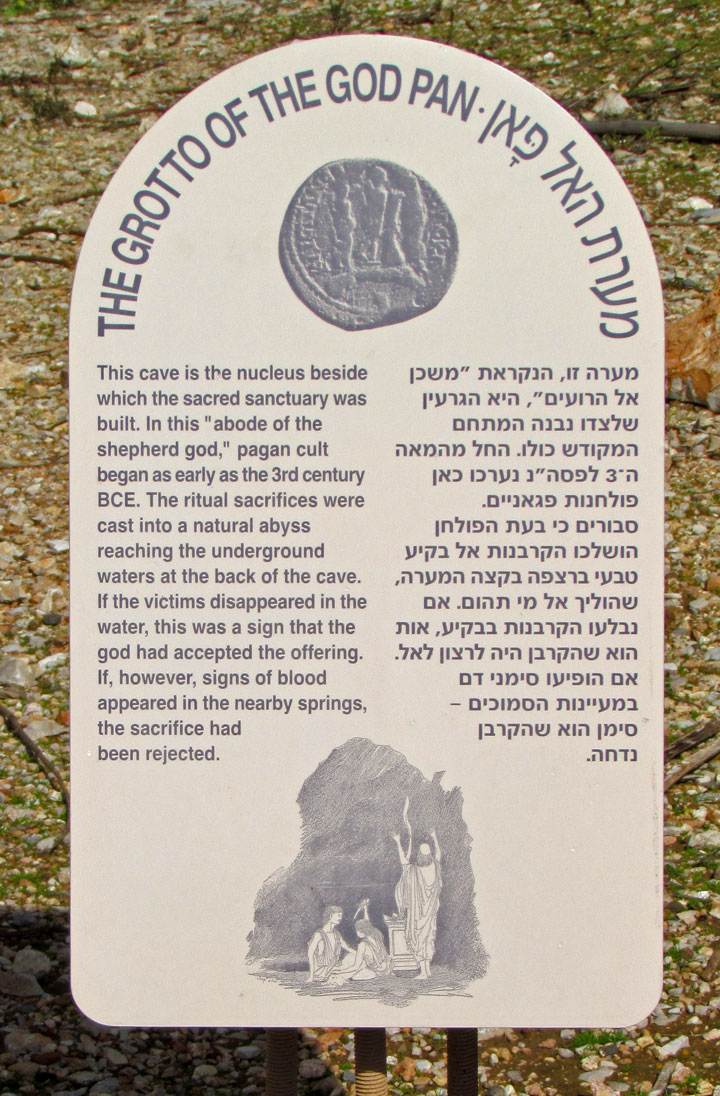 While Baniyas does not appear in the Old Testament, Philostorgius, Theodoret, Benjamin of Tudela and Samuel ben Samson all incorrectly identified it with Laish (Tel Dan). While Eusebius of Caesarea accurately places Dan/laish in the vicinity of Paneas at the fourth mile on the route to Tyre. 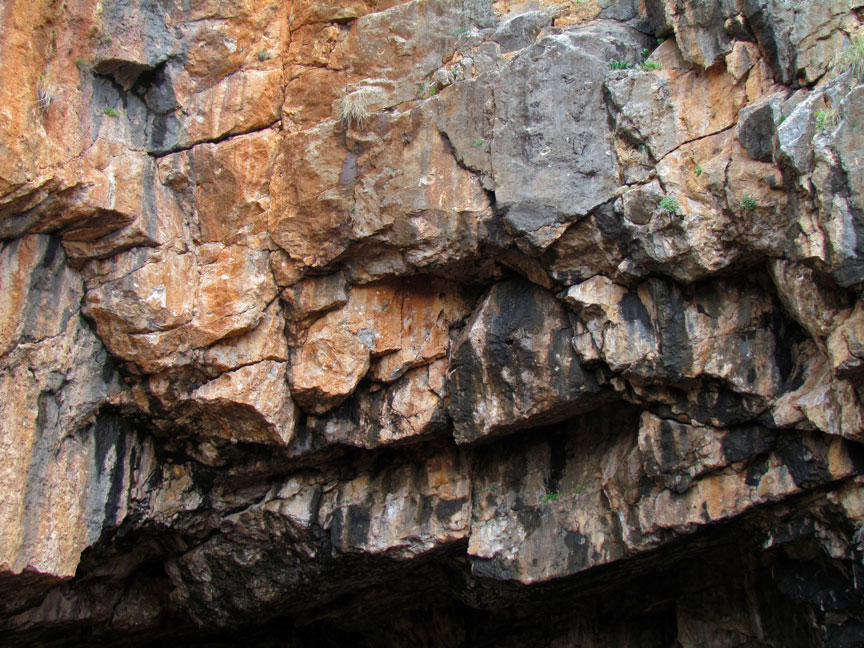 Alexander the Great's conquests started a process of Hellenisation in Egypt and Syria that continued for 1,000 years. Paneas was first settled in the Hellenistic period. The Ptolemaic kings, in the 3rd century BC, built a cult centre.

The building on the slope of the cliff is the shrine of Nebi Khader. 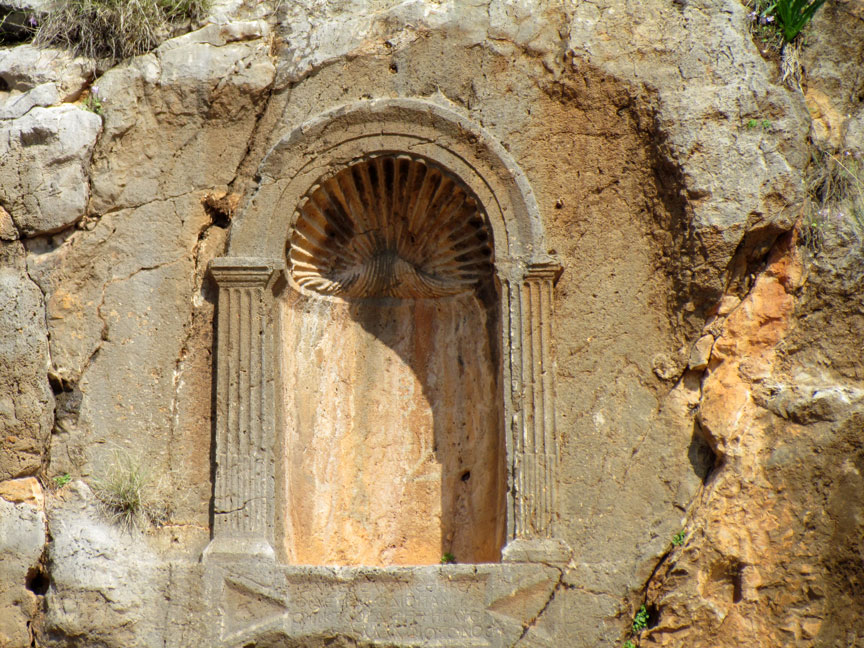 Panias is a spring, also known as Banias, named for Pan, the Greek god of desolate places. It lies close to the fabled "way of the sea" mentioned by Isaiah. Along which many armies of Antiquity have marched. In the distant past a giant spring, gushed from a cave in the limestone bedrock, tumbling down the valley to flow into the Huela marshes. Currently it is the source of the stream Nahal Senir. Whereas previously the Jordan River rose from the malaria infested Huela marshes it now rises from this spring and two others at the base of Mount Hermon. The flow of the spring has decreased greatly in modern times. The water no longer gushes from the cave, but only seeps from the bedrock below it. Paneas was certainly an ancient place of great sanctity and when Hellenised religious influences were overlaid on the region, the cult of its local numen gave place to the worship of Pan, to whom the cave was dedicated and from which the copious spring feeding the Huela mashes rose and ultimately supplied the river Jordan. The pre-Hellenic deities that have been associated with the site are Ba'al-gad or Ba'al-hermon. 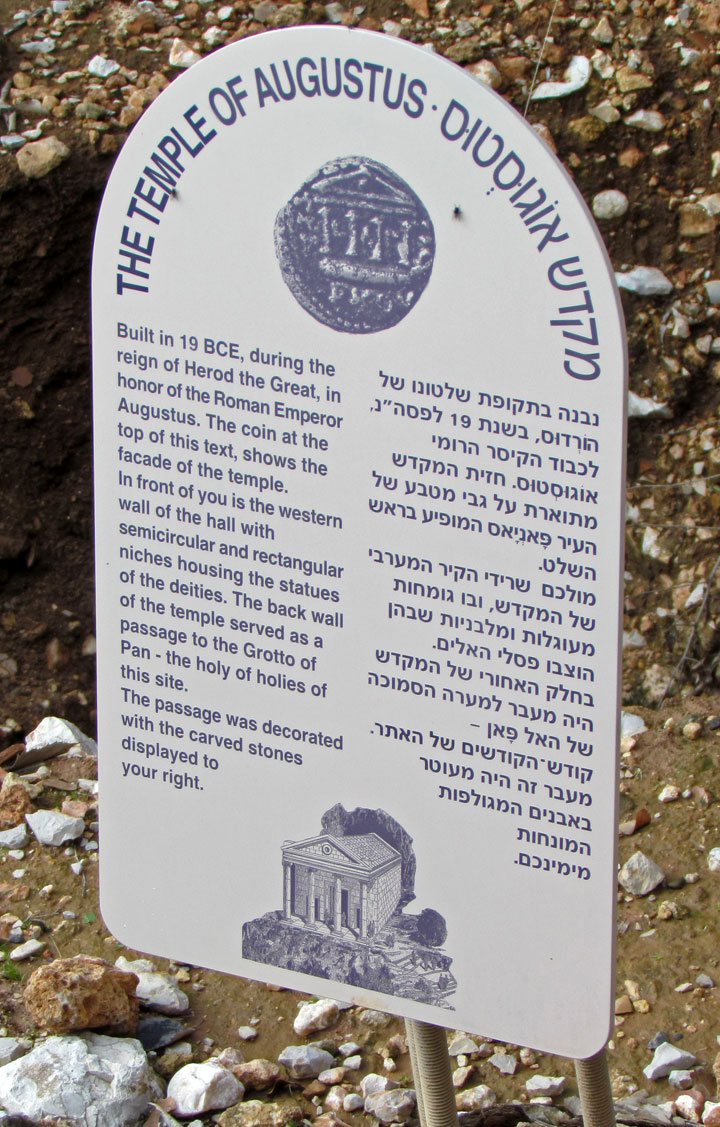 In extant sections of the Greek historian Polybius's history of "The Rise of the Roman Empire", the Battle of Panium is mentioned. The battle of Panium occurred in 198 BC between the Macedonian armies of Ptolemaic Egypt and the Seleucid Greeks of Coele-Syria, led by Antiochus III. Antiochus's victory cemented Selucid control over Phoenicia, Galilee Samaria and Judea until the Maccabean revolt. The Hellenised Sellucids built a pagan temple dedicated to Pan, (a goat-footed god of victory in battle [creator of panic in the enemy], desolate places, music and goat herds), at Paneas. 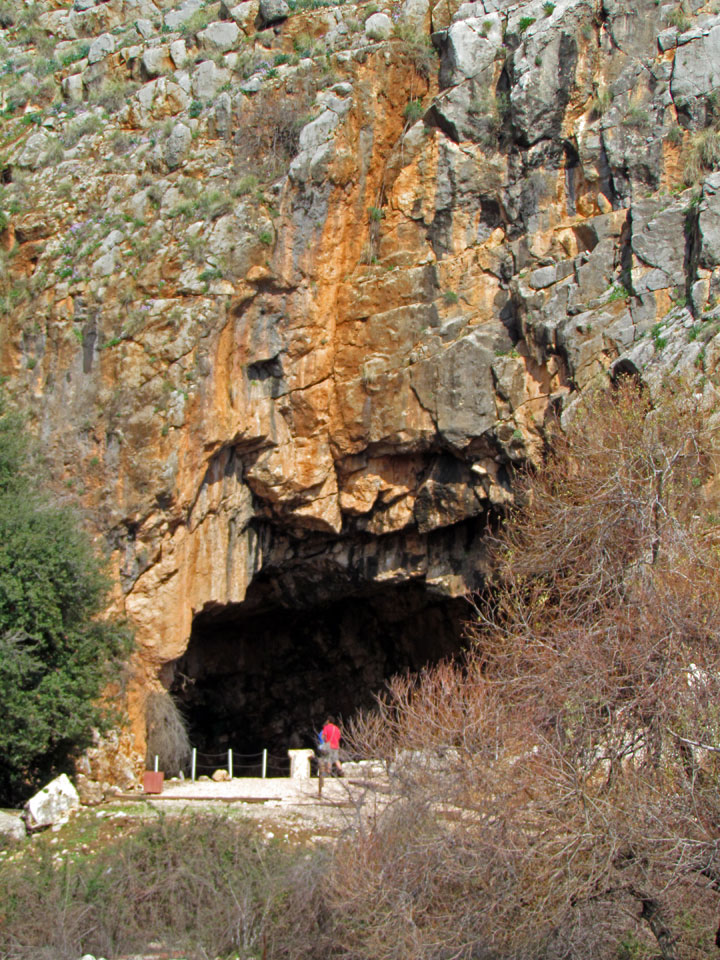 On the death of Zenodorus in 20 BC, the Panion, which included Paneas was annexed to the Kingdom of Herod the Great. He erected here a temple of "white marble" in honour of his patron. In the year 3 BC, Philip II (also known as Philip the Tetrarch) founded a city at Paneas. It became the administrative capital of Philip's large tetrarchy of Batanaea which encompassed the Golan and the Hauran. Flavius Josephus in Antiquities of the Jews refers to the city as Caesarea Paneas; the New Testament as Caesarea Philippi (to distinguish it from Caesarea Maritima on the Mediterranean coast). In 14 AD Philip II named it Caesarea (in honour of the Roman Emperor Caesar Augustus) and "made improvements" to the city. His image was placed on a coin issued in 29/30 AD (to commemorate the founding of the city), this was considered as idolatrous by Jews but was following in the Idumean tradition of Zenodorus. 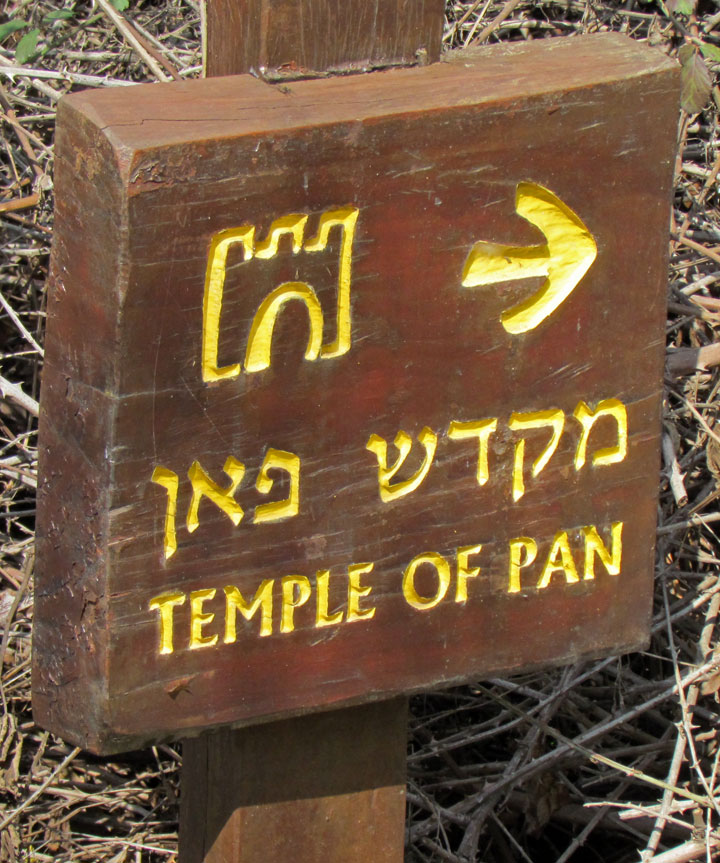 On the death of Philip II in 33 AD the tetrachy was incorporated into the province of Syria with the city given the autonomy to administer its own revenues. 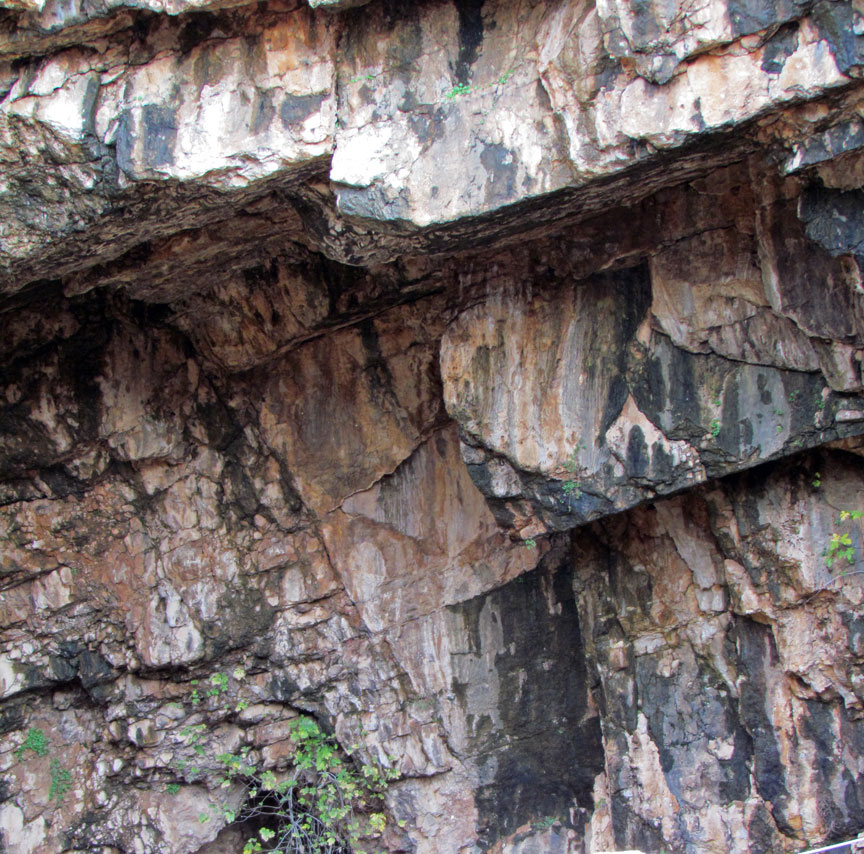 In 61 AD the king Agrippa II renamed the administrative capital as Neronias in honour of the Roman emperor Nero, but this name held only till 68 AD. Agrippa also carried out urban improvements 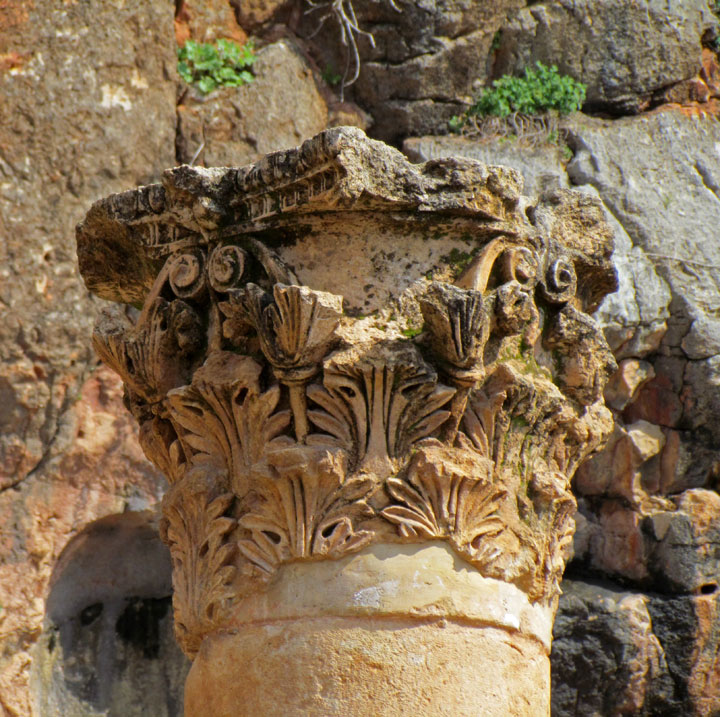 During the First Jewish–Roman War Vespasian rested his troops at Caesarea Philippi in July 67 AD holding games over a period of 20 days before advancing on Tiberias to crush the Jewish resistance in Galilee. 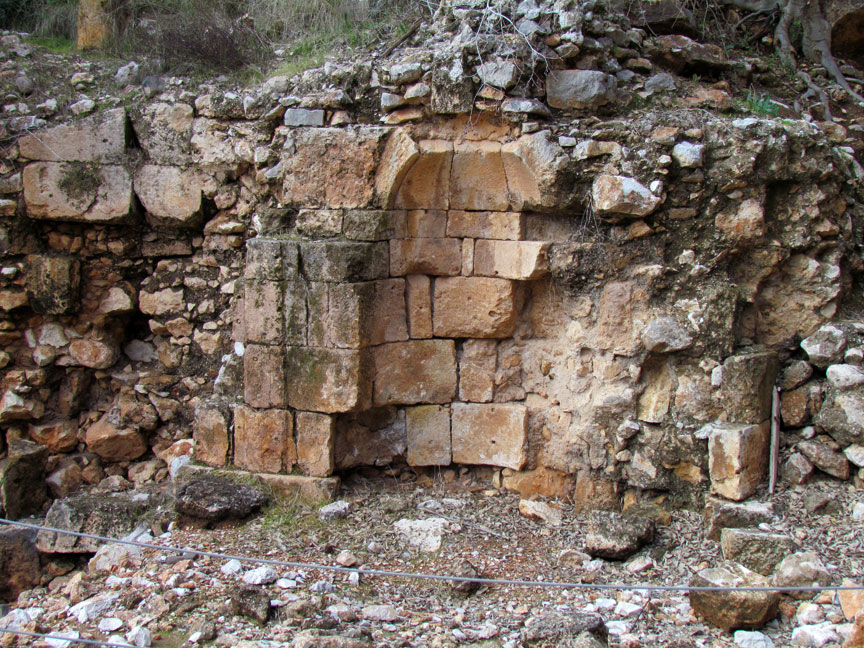 In the Synoptic Gospels, Jesus is said to have approached the area near the city, but without entering the city itself. Jesus, while in this area, asked his closest disciples what they thought of him. Accounts of their answers, including the Confession of Peter, are found in the Synoptic Gospels of Matthew, Mark, and Luke, as well as in the Gospel of Thomas. 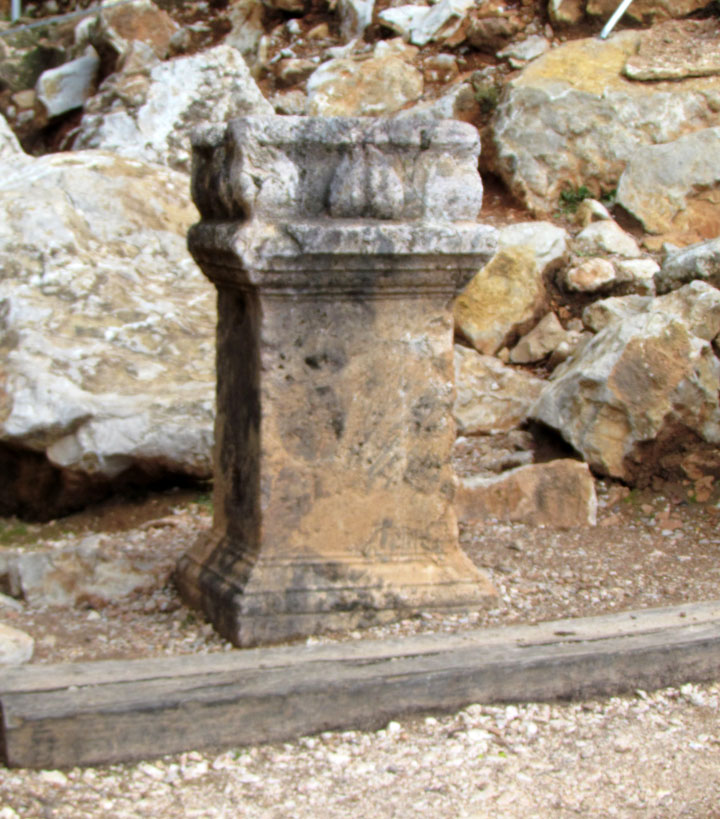 Here Saint Peter made his confession of Jesus as the Messiah and the "Son of the living God", and Christ in turn gave a charge to Peter. 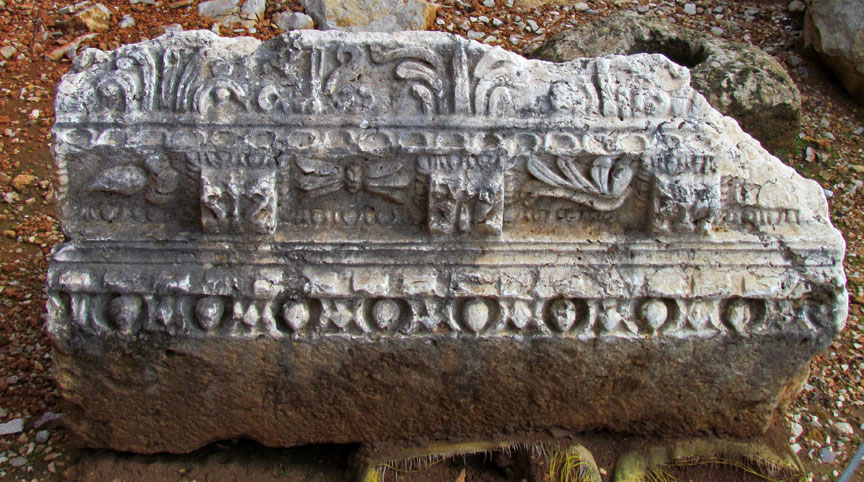 A woman from Paneas, who had been bleeding for 12 years, is said to have been miraculously cured by Jesus. After she was cured she had a statue of Christ erected. 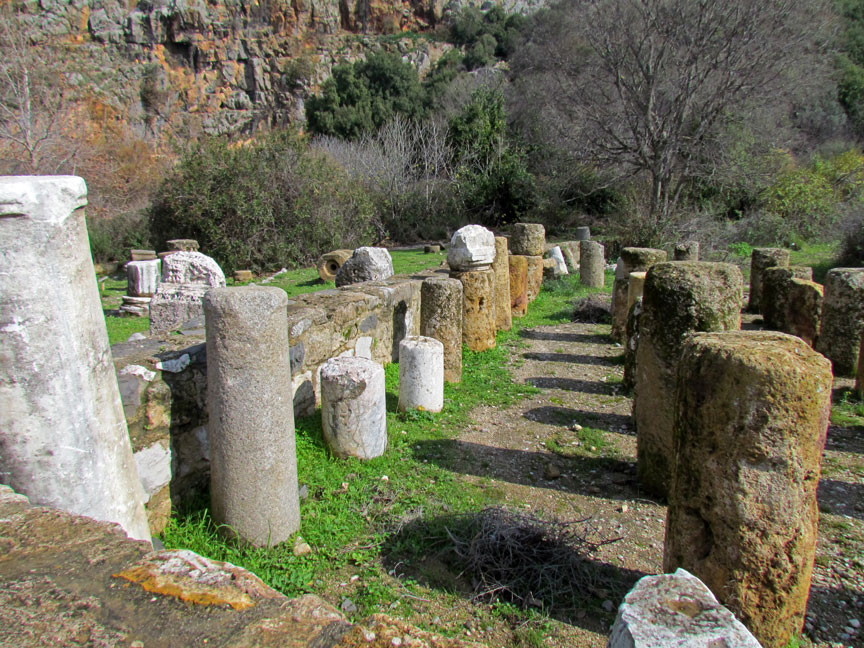 On attaining the position of Emperor of the Roman Empire in 361 Julian the Apostate instigated a religious reformation of the Roman state, as part of a program intended to restore the lost grandeur and strength of the Roman State. He supported the restoration of Hellenic paganism as the state religion. In Panease this was achieved by replacing the Christian symbols. Sozomen describes the event surrounding the replacement of a statue of Christ:
”Having heard that at Casarea Philippi, otherwise called Panease Paneades, a city of Phoenicia, there was a celebrated statue of Christ, which had been erected by a woman whom the Lord had cured of a flow of blood. Julian commanded it to be taken down, and a statue of himself erected in its place; but a violent fire from the heaven fell upon it, and broke off the parts contiguous to the breast; the head and neck were thrown prostrate, and it was transfixed to the ground with the face downwards at the point where the fracture of the bust was; and it has stood in that fashion from that day until now, full of the rust of the lightning.” 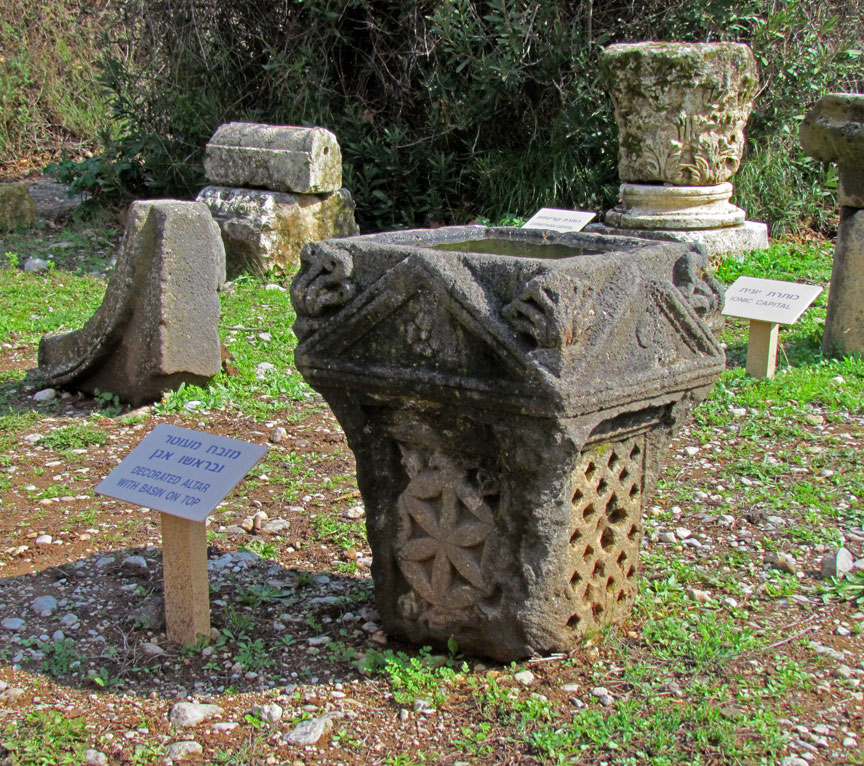 In 635 Paneas gained favorable terms of surrender from the Muslim army of Khalid ibn al-Walid after the defeat of Heraclius’s army. In 636 a newly formed Byzantine army advanced on Palestine using Paneas as a staging post on the way to confront the Muslim army at Yarmuk. 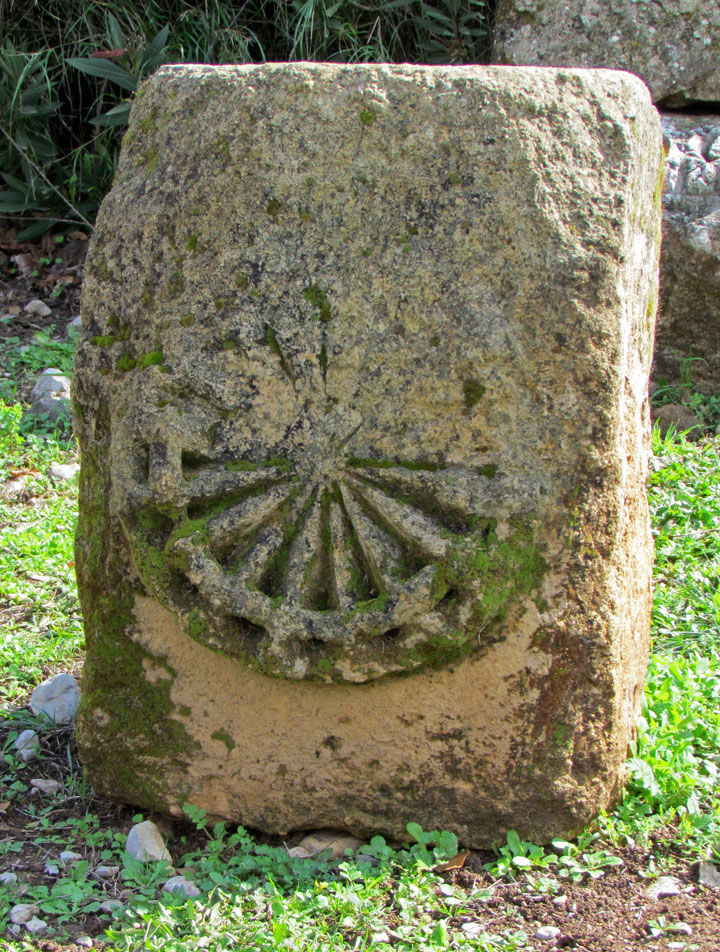 The depopulation of Paneas after the Muslim conquest was rapid, as the traditional markets of Paneas disappeared (only 14 of the 173 Byzantine sites in the area show signs of habitation from this period). The Hellenised city fell into decline. At the council of al-Jabiyah the administration of the new territory of the Umar Caliphate was established, Paneas remained the principal city of the district of al-Djawlan (the Golan) in the jund (military Province) of Dimshq (Damascus), due to its strategic military importance on the border with Filistin (Palestine). 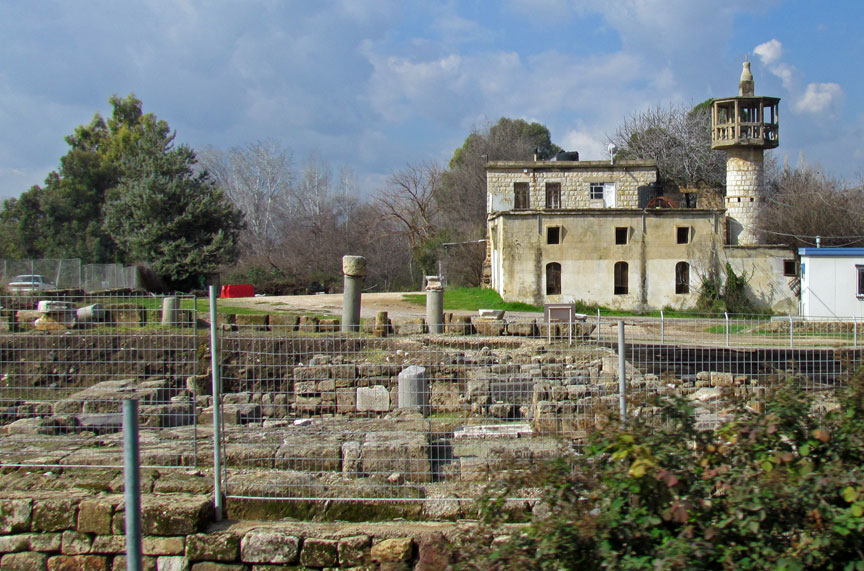 Around AD 780 the nun Hugeburc visited Caesarea and reported that the town had a church and a "great many Christians" but does not record any Christians as living in the town at the time of her visit.