Ein Hod (Hebrew: עֵין הוֹד‎) is a communal settlement in northern Israel. Located south of Mount Carmel and southeast of Haifa in northern Israel, it falls under the jurisdiction of Hof HaCarmel Regional Council. In 2006 it had a population of 519. 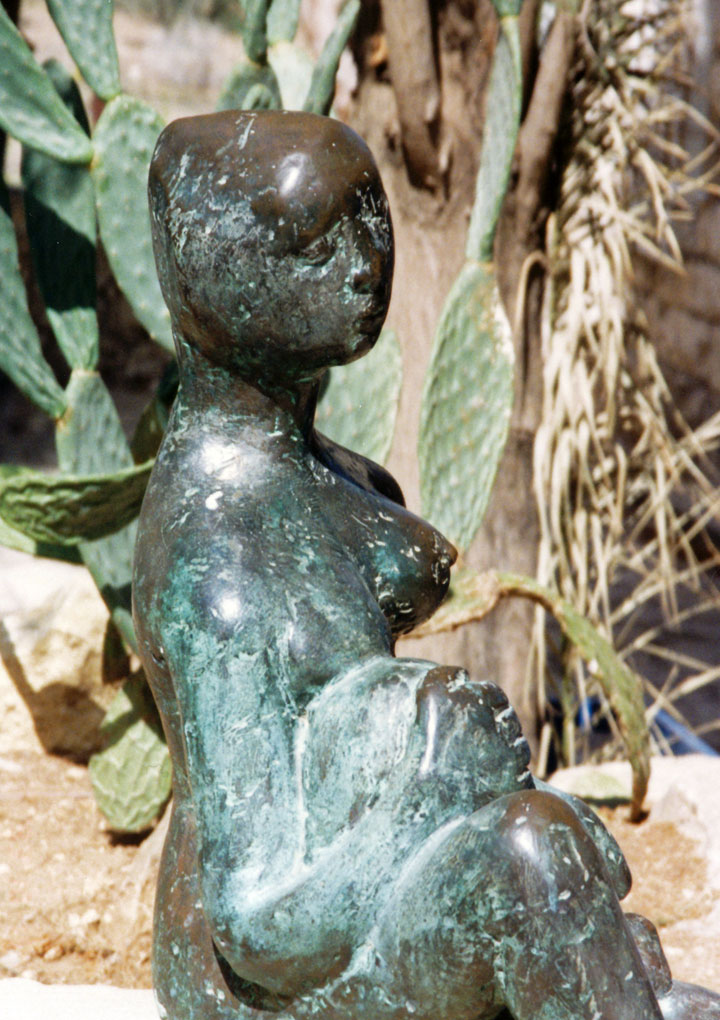 The village is situated on a hillside amidst olive groves, with a view of the Mediterranean Sea and a twelfth-century Crusader fortress. Prior to the 1948 Arab-Israeli War Ein Hod was the site of the Palestinian village of Ein Hawd. Most of the Arab inhabitants were displaced as a result of the war but some remained in the area and settled nearby, forming a new village, also by the name of Ein Hawd. After a failed attempt to create a moshav on the site, Ein Hod became an artists' colony in 1953.

Excavations in the Carmel region indicate that human settlement in the area dates back over 150,000 years.

The village was one of the "Al-Hija" villages named after Emir Hussam al-Din Abu al-Hija. Abu al-Hija ("the Daring") was an Iraqi-born commander of the Kurdish forces that took part in Sultan Saladin´s conquest (1187-93) of the Crusader Kingdom. He was renowned for his bravery, and commanded the garrison of Acre at the time of the Siege of Acre (1189-1192).

Abu al-Hija apparently returned to Iraq, but several members of his family remained in the country under orders from Saladin, and these family members settled on spacious tracts of land that they were granted in the Carmel region, in the Lower, Eastern and Western Galilee, and in the Hebron Highlands.[5] One of these land grants became the village of Ein Hawd. Other al-Hija villages were Hadatha and Sirin in the Lower Galilee, Ruweis and Kawkab in the Western Galilee. By tradition the remaining residents today still claim to be blood relations of al-Hija.

In 1596, the village of Ayn Hawd was part of the Ottoman Empire, nahiya (subdistrict) of Shafa under the liwa' (district) of Lajjun with a population of 44. The villagers paid taxes on crops such as wheat and barley, as well as on goats and beehives. 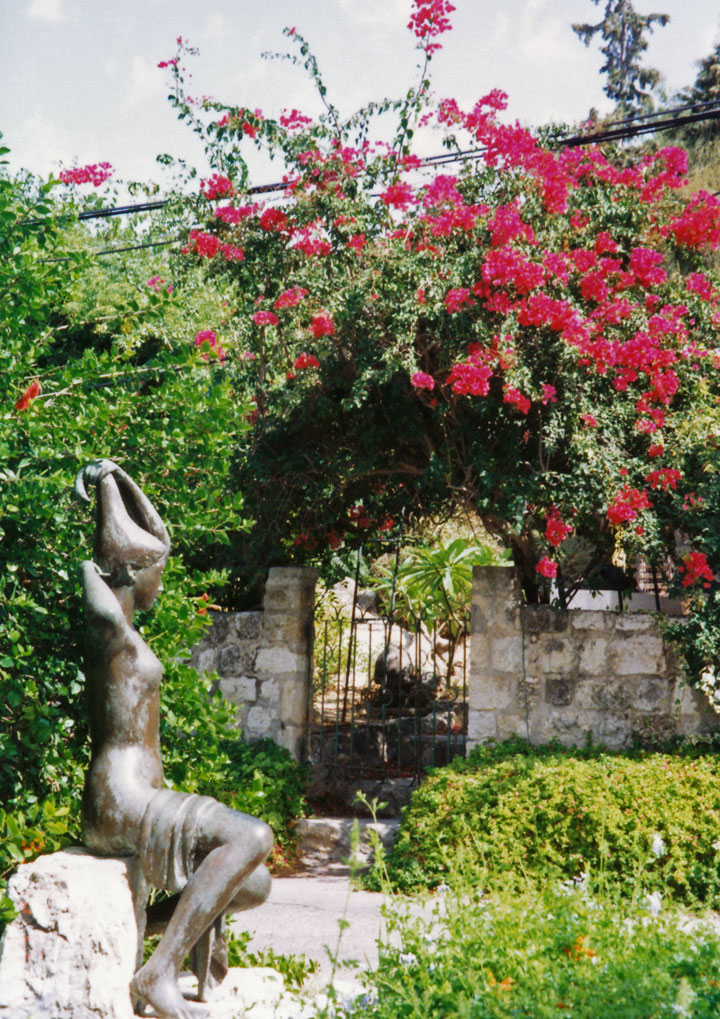 In the late nineteenth century, "Ain Haud" was described as a small village situated on the end of a spur, inhabited by fifty people who cultivated 3 faddans of land. The village elementary school for boys was founded in 1888.

Most of the 700-900 Arab villagers of Ein Hod from before the 1948 Arab-Israeli War resettled in the West Bank, many in Jenin refugee camp. A group of 35 original inhabitants, many of them members of the Abu al-Hija family, took shelter in a nearby wadi. Attempts to dispossess them by legal means did not succeed. This new village was named Ein Houd. Initially, the Israeli authorities did not recognize the village. In 1988, residents of Ein Houd helped to form the association of the Arab Unrecognized Villages in Israel. In 1992, the state officially recognized the village, but it was only granted full recognition in 2005, when it was connected to Israel's electric grid.

In July 1949 the Moshavim Movement settled immigrants from Tunisia and Algeria in the depopulated village, renaming the village Ein Hod. The movement allocated instructors to the new settlers as the agricultural endeavor. The short lived re-use of the village as an agricultural concern was abandoned and the village remained deserted for a further year and a half.

Ein Hod became an artists' colony in 1953. The driving spirit behind the project was Marcel Janco, an acclaimed Dada artist, who kept the village from being demolished by the security forces and convinced the government to let him build an artists' colony there.

Ein Hod is now a communal settlement run by an elected administrative committee. Many Israeli painters, sculptors and musicians live there, and maintain studios and galleries that are open to the public. Efforts have been made to preserve some of the old houses. The village mosque was converted into a restaurant-bar modeled after Cafe Voltaire in Zurich. 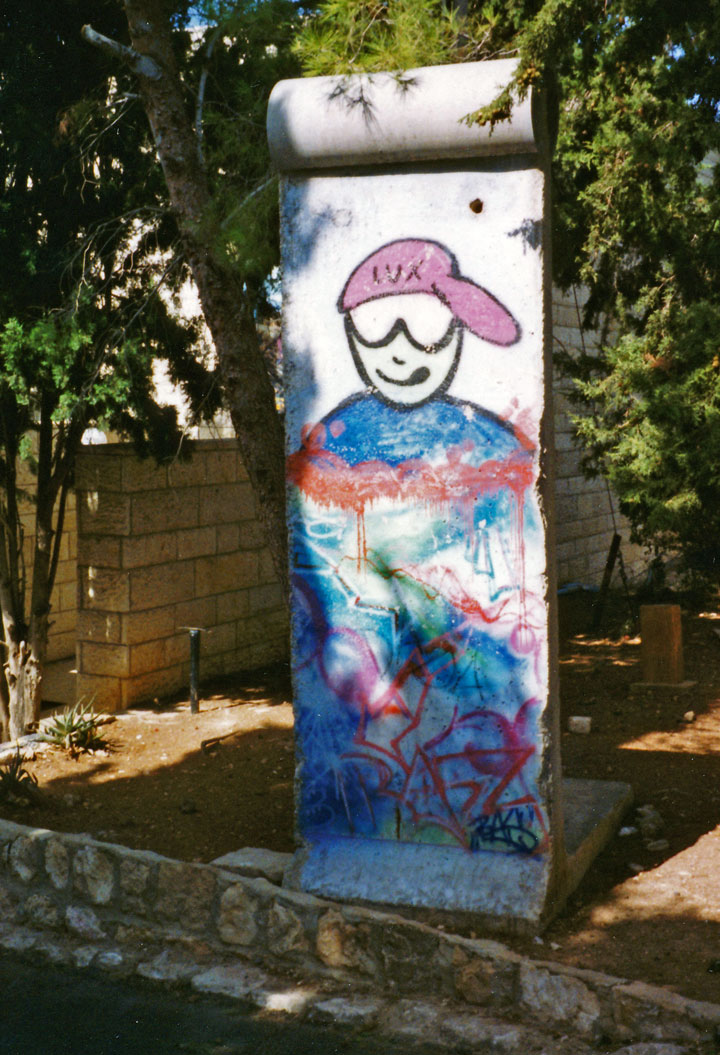 Ein Hod's main gallery has five exhibition halls, each devoted to a different artistic sector. Hall 1 exhibits art by immigrants from the former Soviet Union and Ethiopia; Hall 2 is exclusively for Ein Hod artists, past and present; Halls 3 and 4 are for changing exhibitions, solo and group shows of residents and outsiders; and Hall 5 is for theme shows.

The Düsseldorf-Ein Hod exchange program has brought Düsseldorf artists to Ein Hod and vice versa over the past two decades. A similar program has been inaugurated for artists from New Hampshire.

An early resident was the American children's writer and amateur archaeologist Nora Benjamin Kubie. One of Ein Hod's veteran artists is Ursula Malbin, whose bronze sculptures have been on display since 1978 in Haifa's Vista of Peace Garden, the first public sculpture garden in Israel dedicated solely to the works of a woman sculptor. Avraham eilat a multimedia artist whose latest video art installtaion "Psychophysical Time" is shown in several leading art events in Europe.Dina Merhav creates sculptures from old metal utensils and industrial machine parts. One of her works, Totem, was exhibited at the Olympic Sculpture Garden in Beijing, China, when the Olympic Games were held there. 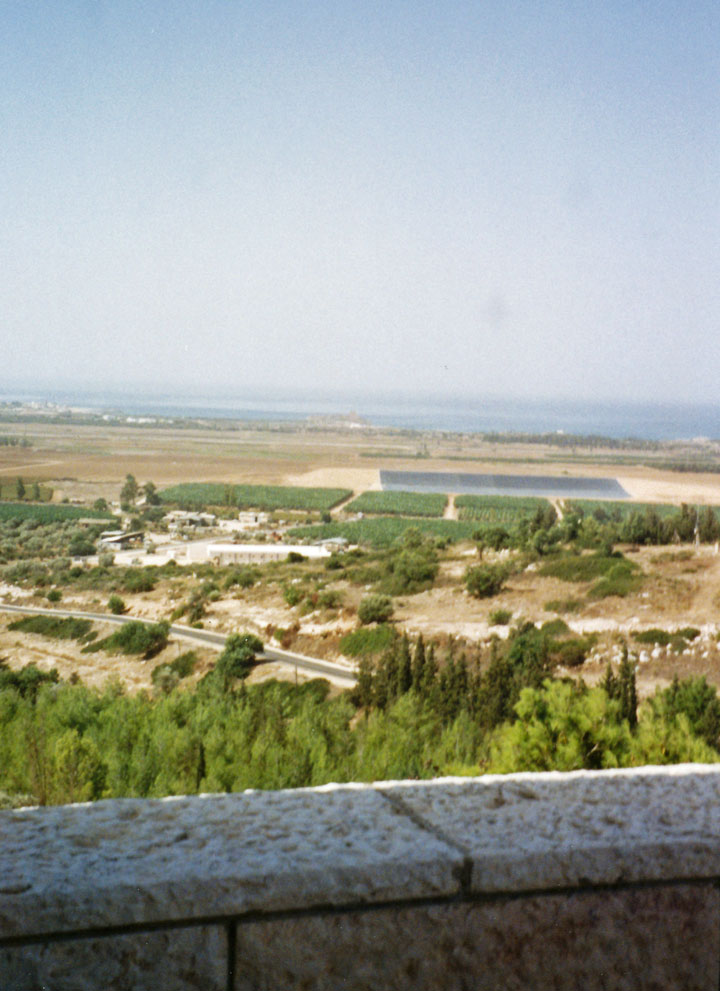 view from the hill toward the agricultural land and the sea

Dan Chamizer, creator of the "Chamizer riddle," is a resident of Ein Hod. Based on an original coding system, the Chamizer riddle is widely used to teach problem-solving in schools, government agencies and high-tech companies.

Ten Ein Hod residents have won the Israel Prize, awarded annually on Israel Independence Day. According to Robert Nechin, who lives in the village, the artists working there today "are fully aware of the illustrious example of these great artists and scholars, who lived and are still living among them. Ein Hod residents who have won the prize are: