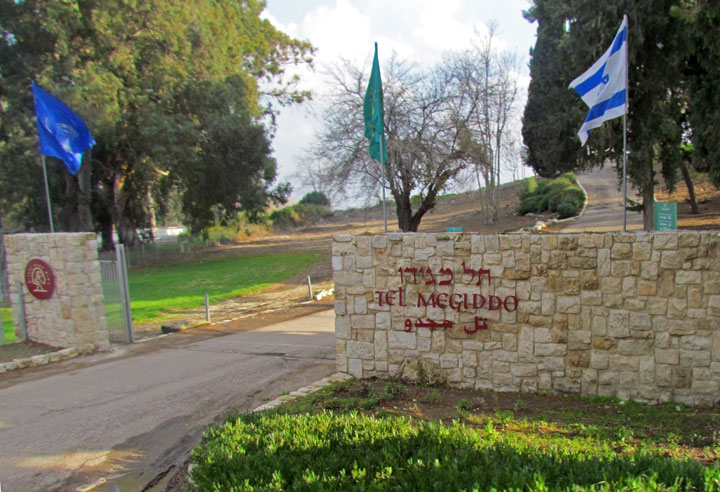 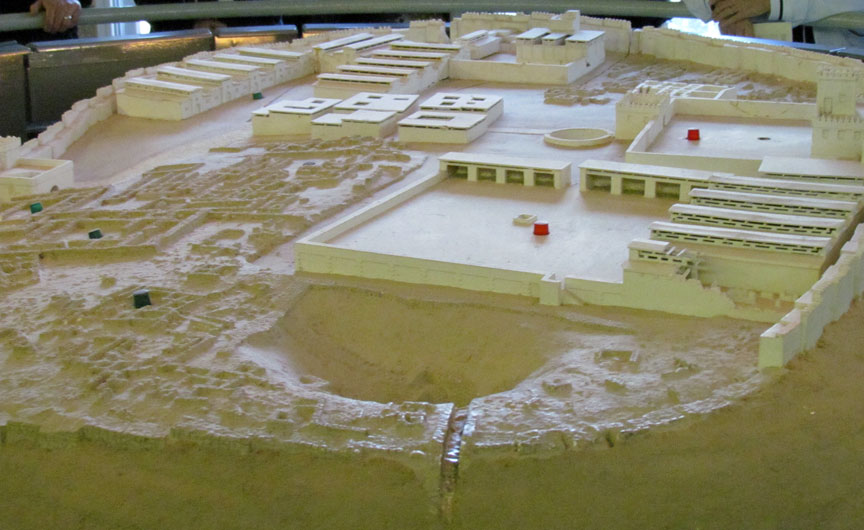 model of the Tel excavations

In ancient times Megiddo was an important city-state. It is also known alternatively as Tel Megiddo (Hebrew) and Tell al-Mutesellim (Arabic). Megiddo is a tel (hill or mound) made of 26 layers of the ruins of ancient cities in a strategic location at the head of a pass through the Carmel Ridge, which overlooks the Valley of Jezreel from the west. The name Armageddon mentioned in the New Testament derives from Har Megiddo (Hebrew) meaning Mount of Megiddo. 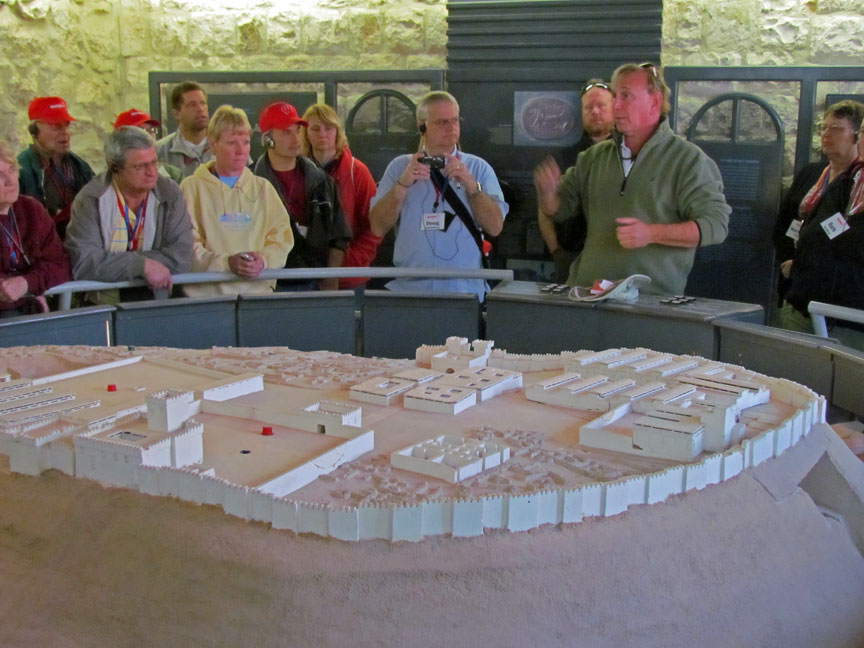 Megiddo was a site of great importance in the ancient world, as it guarded the western branch of a narrow pass and an ancient trade route which connected the lands of Egypt and Assyria. Because of its strategic location at the crossroads of several major routes, Megiddo and its environs have witnessed several major battles throughout history. The site was inhabited from approximately 7000 BC to 586 BC (the same time as the destruction of the First Israelite Temple in Jerusalem by the Babylonians, and subsequent fall of Israelite rule and exile). One of its claims to importance is the fact that since this time it has remained uninhabited, thereby preserving the ruins of its time periods pre-dating 586 BC without newer settlements disturbing them. 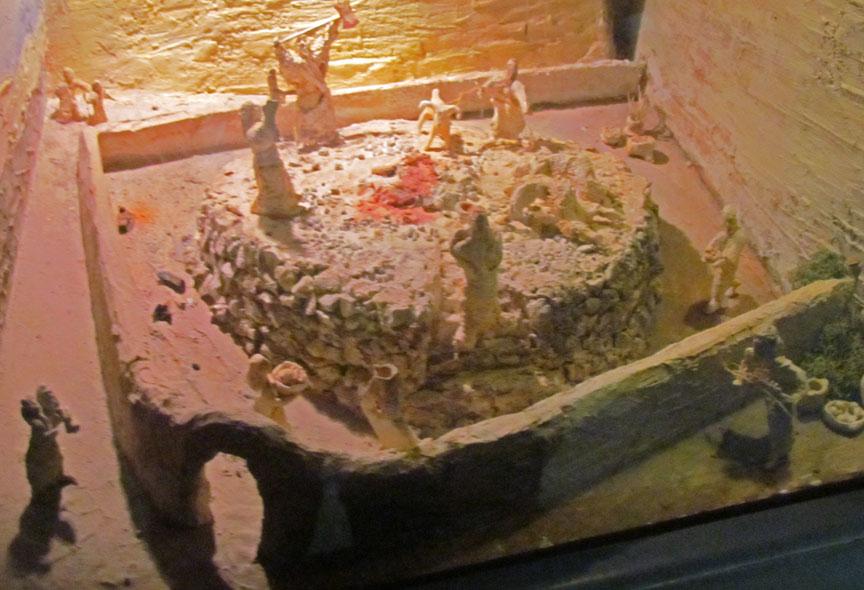 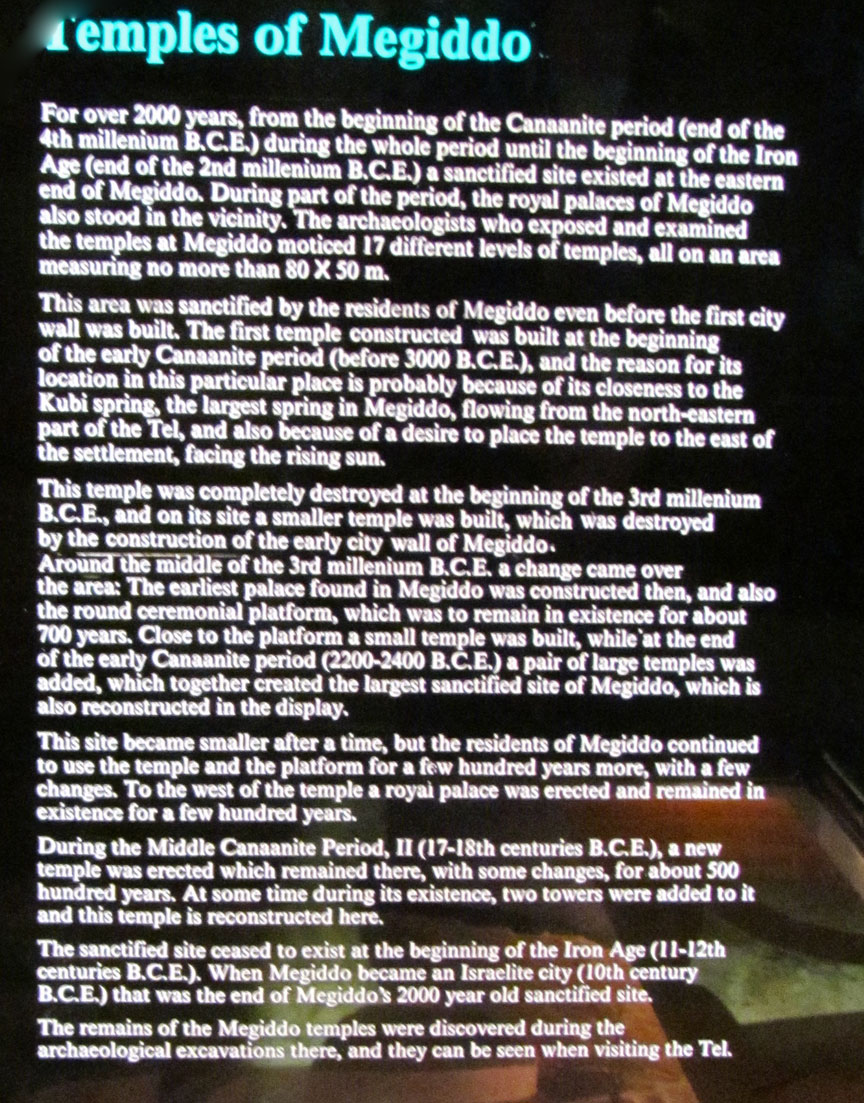 Megiddo is mentioned in Ancient Egyptian writings because one of Egypt's mighty kings, Thutmose III, waged war upon the city in 1478 BC. The battle is described in detail in the hieroglyphics found on the walls of his temple in Upper Egypt. Named in the Bible Derekh HaYam (Hebrew: דרך הים‎), or "Way of the Sea," it became an important military artery of the Roman Empire and was known as the Via Maris.
Circular altar-like shrine Migron 4040 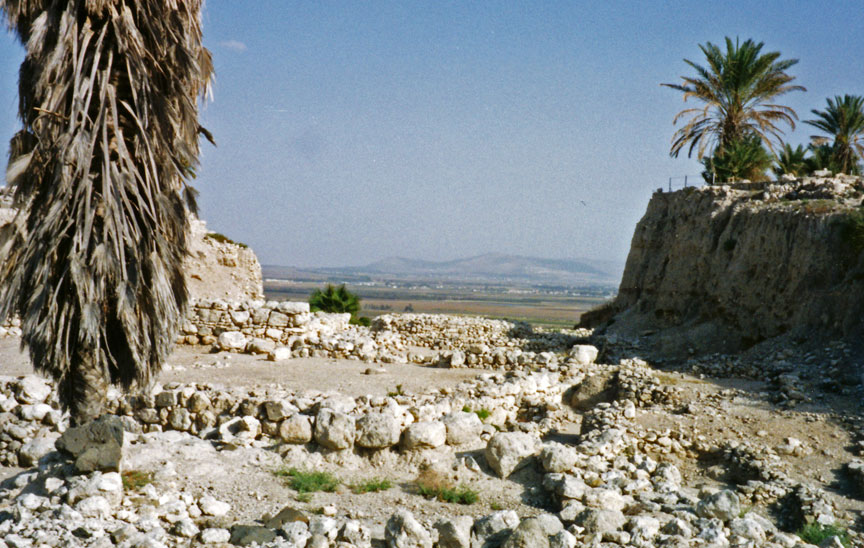 Modern Kibbutz of Megiddo is nearby just a little less than 1 km away to the south. 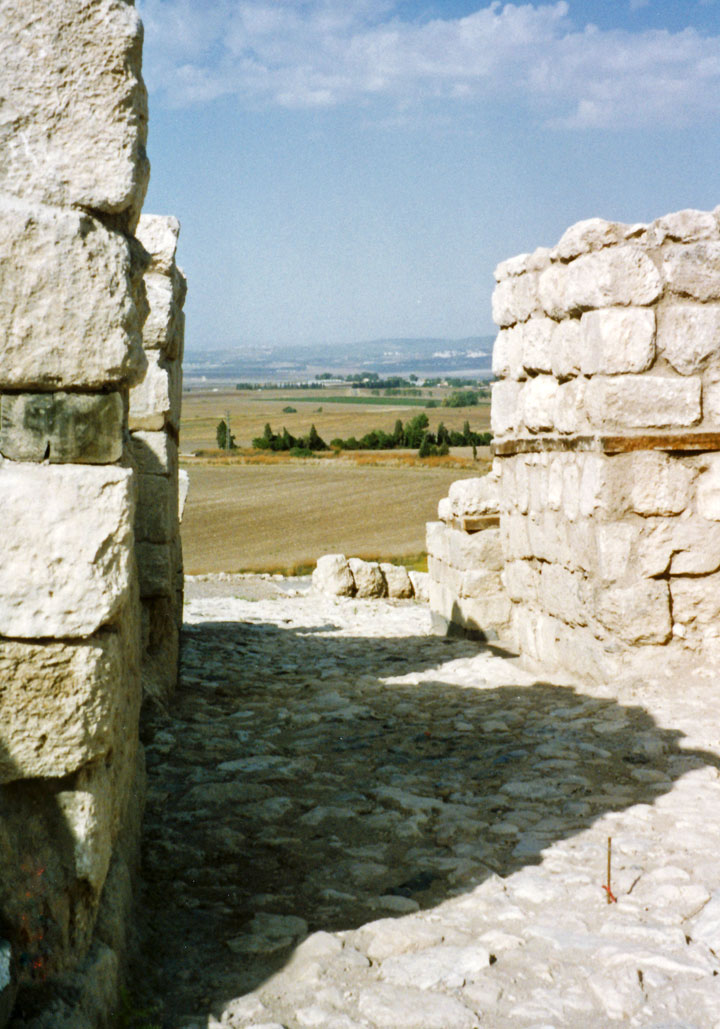 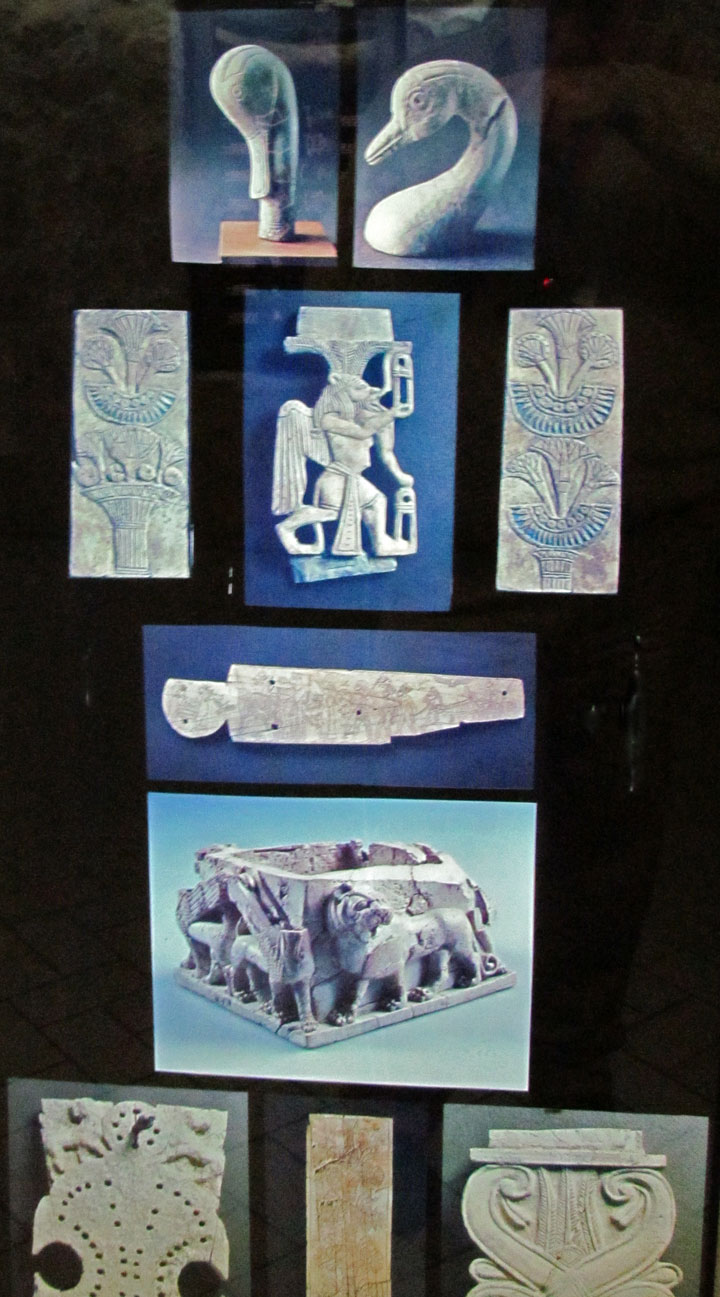 items from the excavation  now in the Israel Museum 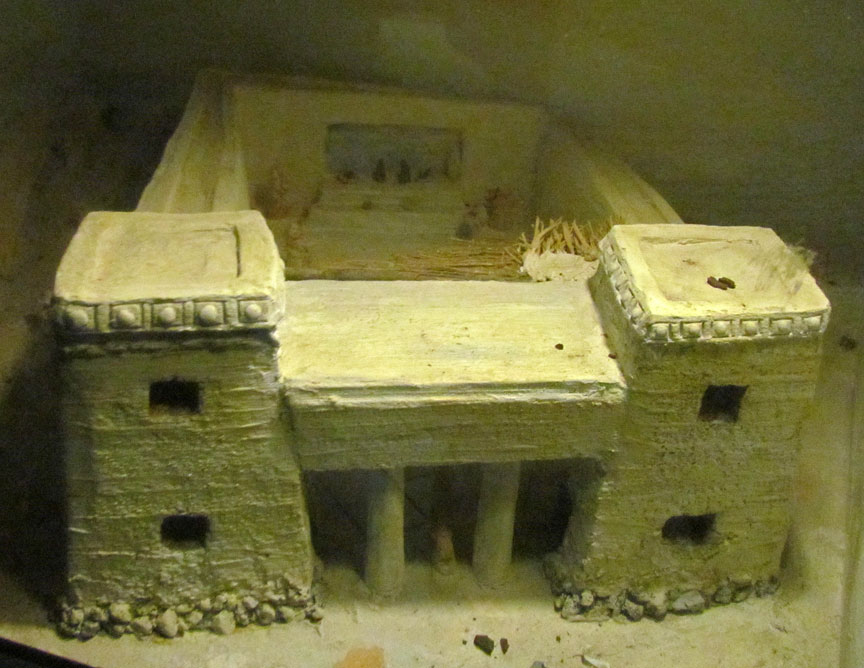 The Book of Revelation mentions apocalyptic military amassment at Armageddon, a name derived from Megiddo. The word has become a byword for the end of the age. 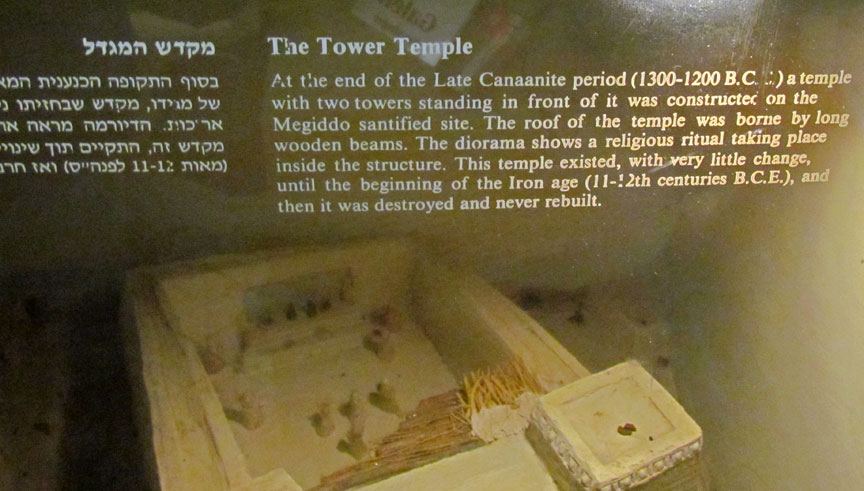 Megiddo has been excavated three times and is currently being excavated yet again. The first excavations were carried out between 1903 and 1905 by Gottlieb Schumacher for the German Society for the Study of Palestine. Techniques used were rudimentary by later standards and Schumacher's field notes and records were destroyed in World War I before being published.  After the war, Carl Watzinger published the remaining available data from the dig. 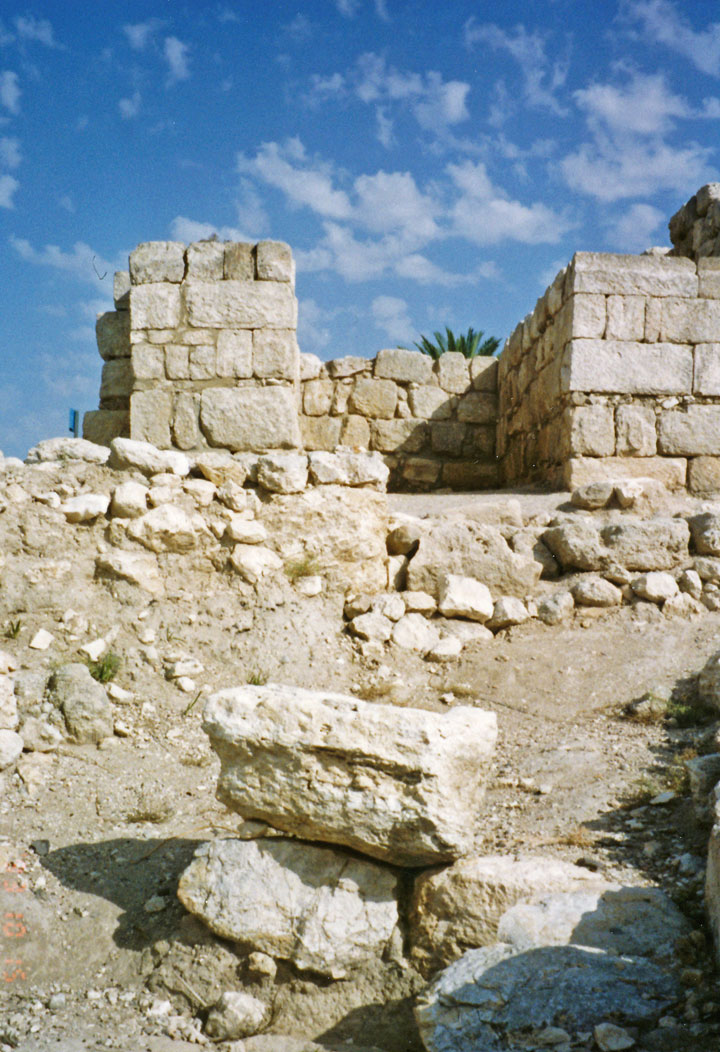 In 1925, digging was resumed by the Oriental Institute of the University of Chicago, financed by John D. Rockefeller, Jr., continuing until the outbreak of the Second World War. The work was led initially by Clarence Fisher, and later by P. L. O. Guy, Robert Lamon, and Gordon Loud.  During these excavations it was discovered that there were around 8 levels of habitation, and many of the uncovered remains are preserved at the Rockefeller Museum in Jerusalem and the Oriental Institute of Chicago. 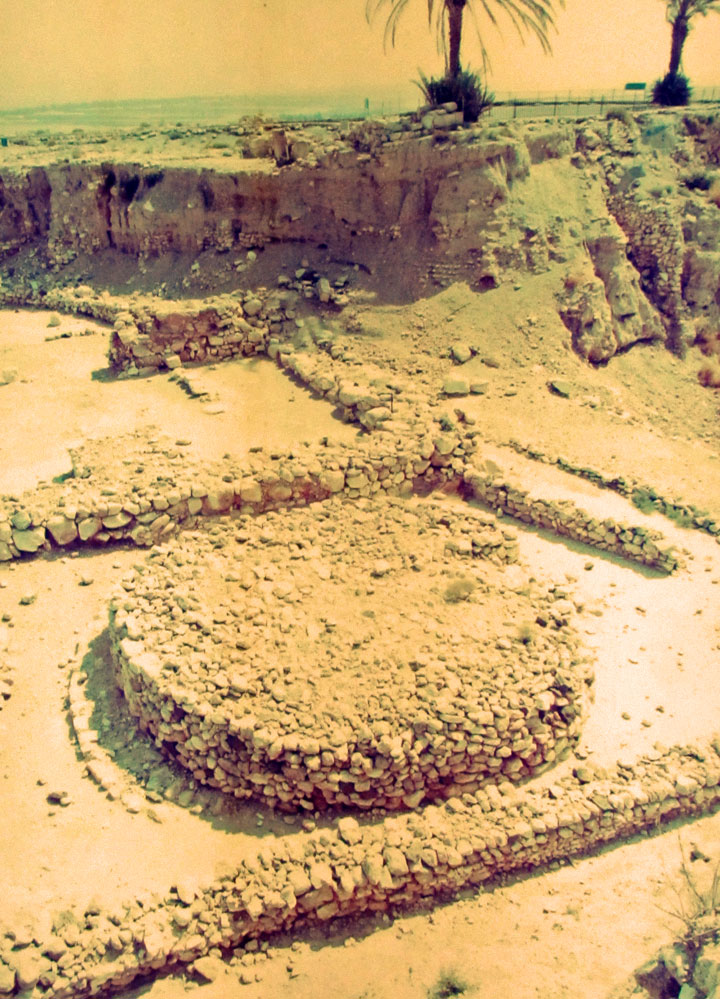 Yigael Yadin conducted excavations in 1960, 1966, 1967, and 1971 for the Hebrew University.  The formal results of those digs have not yet been published, though in 2005 a grant was issued by the Shelby White - Leon Levy Program for Archaeological Publications to produce an expedition final report. 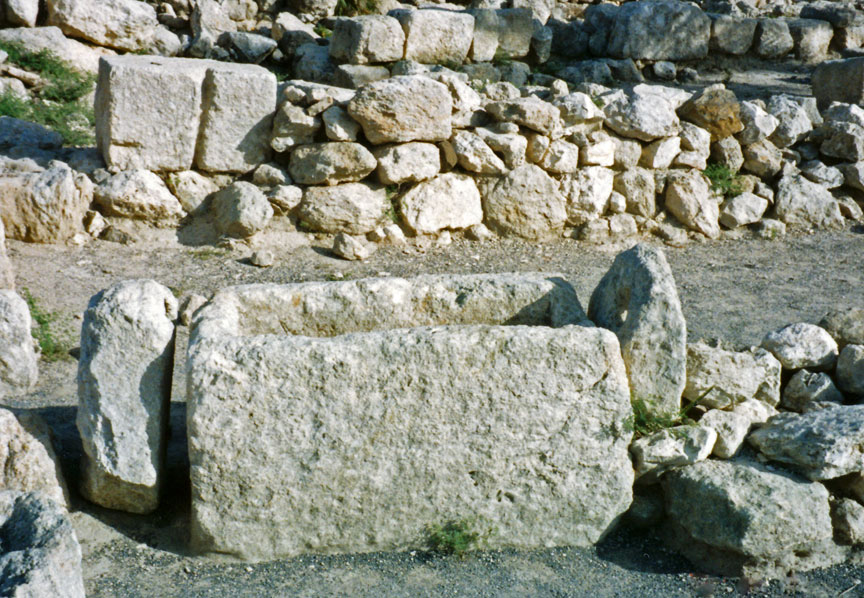 Megiddo has most recently (since 1994) been the subject of biannual excavation campaigns conducted by the Megiddo Expedition of Tel Aviv University, currently co-directed by Israel Finkelstein and David Ussishkin, with Eric H. Cline of The George Washington University serving as Associate Director (USA), together with a consortium of international universities.

At Megiddo two stable complexes were excavated from Stratum IVA, one in the north and one in the south. The southern complex contained five structures built around a lime paved courtyard. The buildings themselves were divided into three sections. Two long stone paved aisles were built adjacent to a main corridor paved with lime. The buildings were about twenty-one meters long by eleven meters wide. Separating the main corridor from outside aisles was a series of stone pillars. Holes were bored into many of these pillars so that horses could be tied to them. Also, the remains of stone mangers were found in the buildings. These mangers were placed between the pillars to feed the horses. It is suggested that each side could hold fifteen horses, giving each building an overall capacity of thirty horses. The buildings on the northern side of the city were similar in their construction. However, there was no central courtyard. The capacity of the northern buildings was about three hundred horses altogether. Both complexes could hold from 450-480 horses combined. 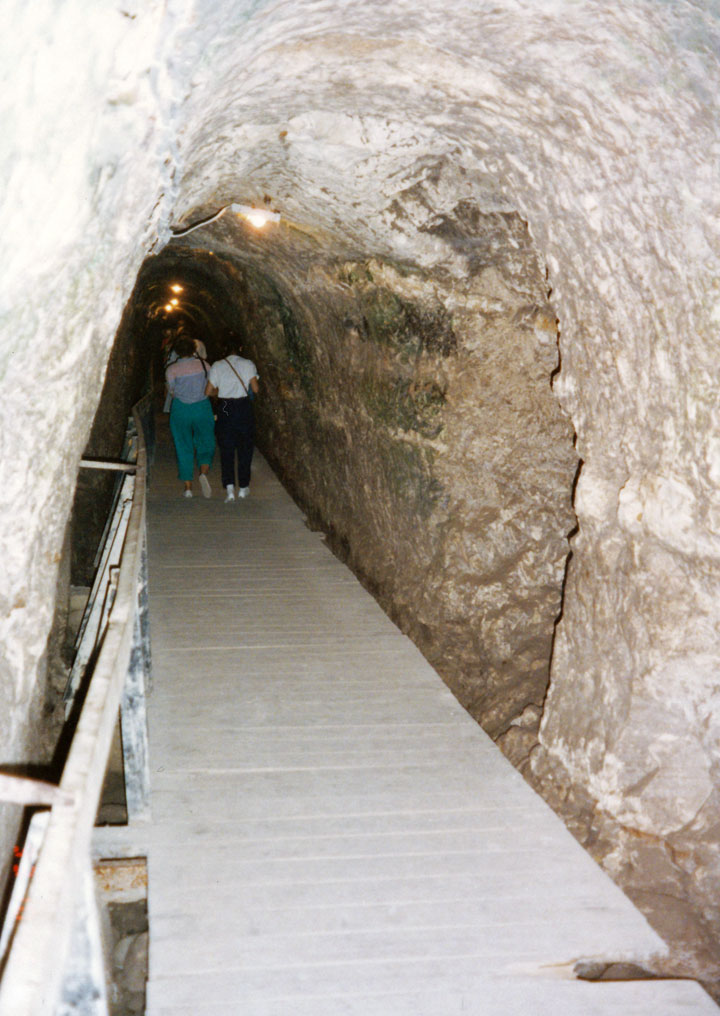 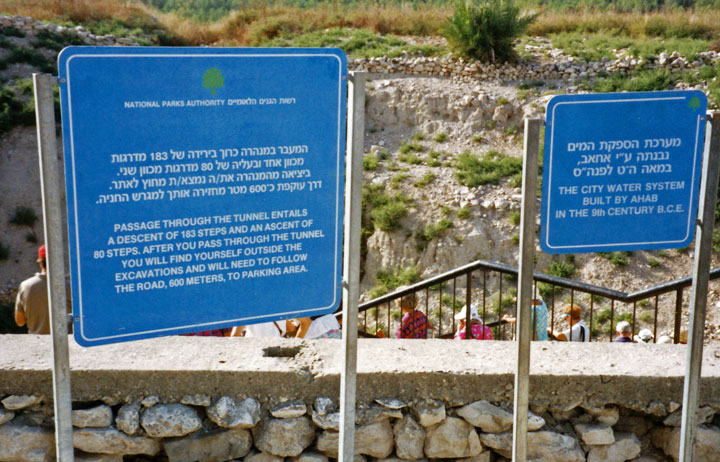 The buildings were found during excavations between 1927 and 1934 at Megiddo. The head excavator originally interpreted the buildings as stables. Since then his conclusions have been challenged by scholars such as James Pritchard, Ze'ev Herzog, and Yohanan Aharoni. They suggest that the buildings should be interpreted as either storehouses, marketplaces or barracks. Nevertheless, Yigael Yadin and J. S. Holladay strongly argue against this conclusion. Other Tripartite Buildings have been found at other sites such as Hazor and Beer-Sheba. The evidence at these other sites is not absolutely conclusive. It is also possible, as Amihai Mazar suggests, that similarly shaped buildings in different cities may have been put to different uses. 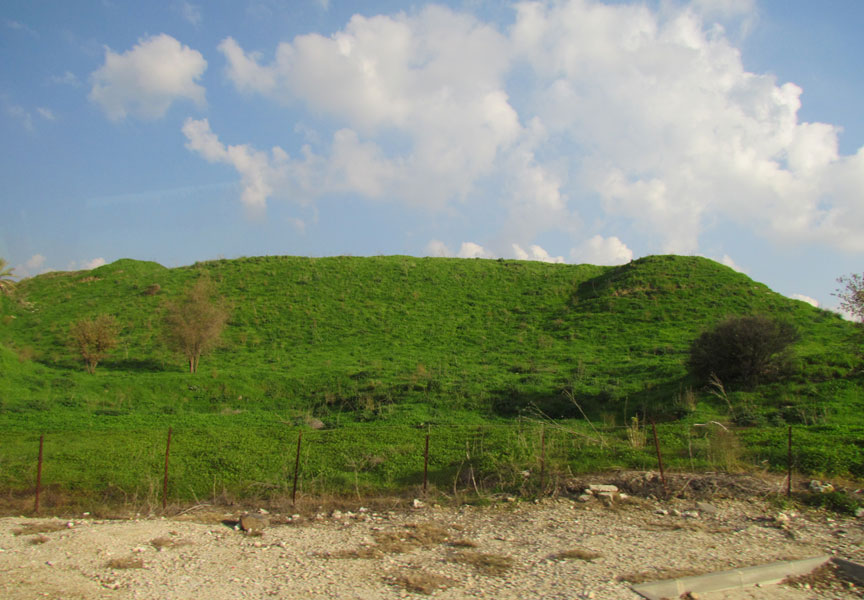 In 2005, Israeli archaeologist Yotam Tepper of Tel-Aviv University discovered the remains of a church, believed to be from the third century, a time when Christians were still persecuted by the Roman Empire. The remains were found at the Megiddo Prison, which is location a few hundred meters south of the Tel. Among the finds is an approx. 54 square meter large mosaic with a Greek inscription stating that the church is consecrated to "the God Jesus Christ." The mosaic is very well preserved and features geometrical figures and images of fish, an early Christian symbol. It is speculated that this may be the oldest remains of a church in the Holy Land. The remains were found within the grounds of a military prison, and Israeli authorities are currently speculating about moving the prison. 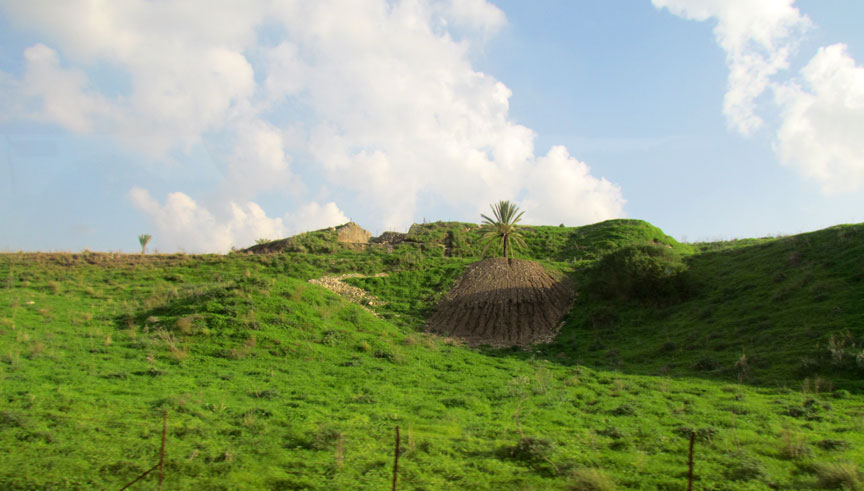 An inscription in the Megiddo church mentions a Roman officer, "Gaianus," who donated "his own money" to have a mosaic made. The anthropologist Joe Zias, former curator for the Israeli Antiquities Authority, said "My gut feeling is that we are looking at a Roman building that may have been converted to a church at a later date.". On the other hand, persecution of Christians was sporadic in the Roman Empire during the early third century. The archaeological evidence is pointing to a later date placing the church in the last quarter of the 3rd or first quarter of the 4th century. 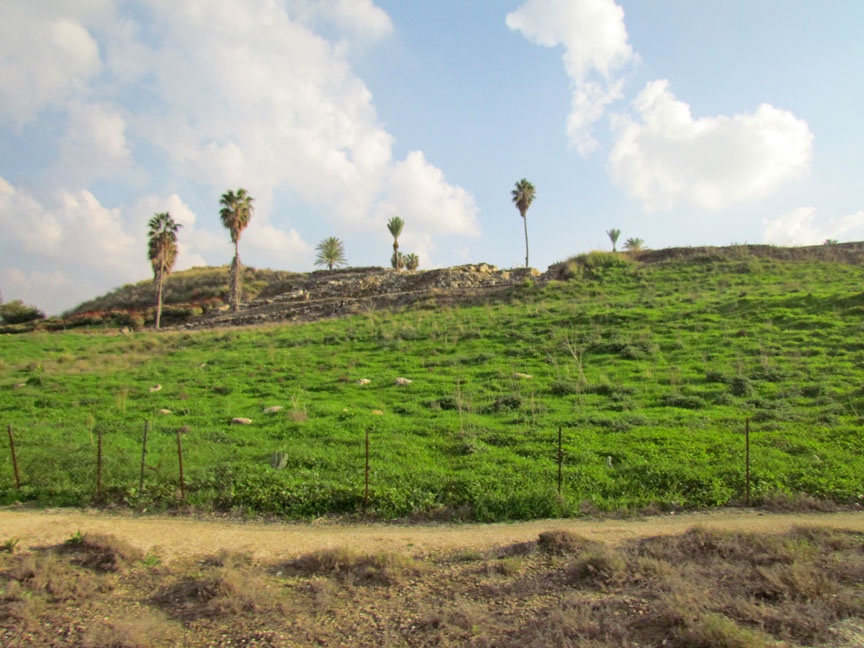 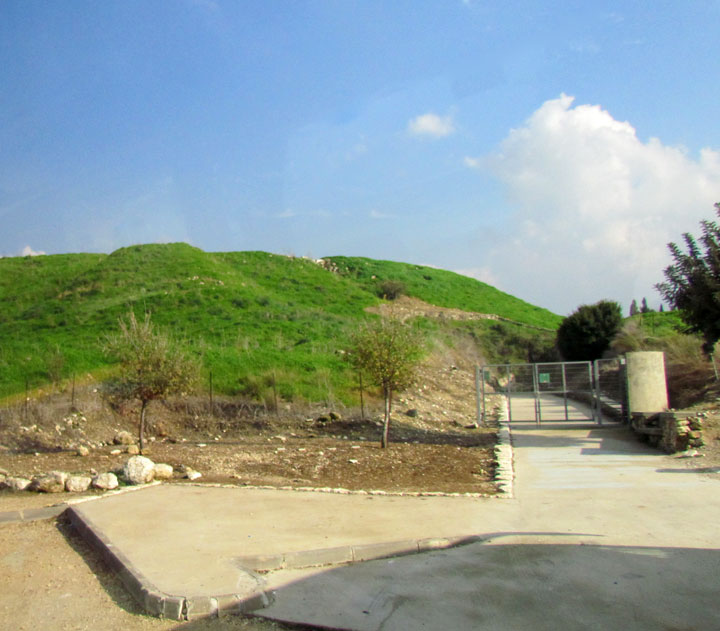 exit via the water tunnel 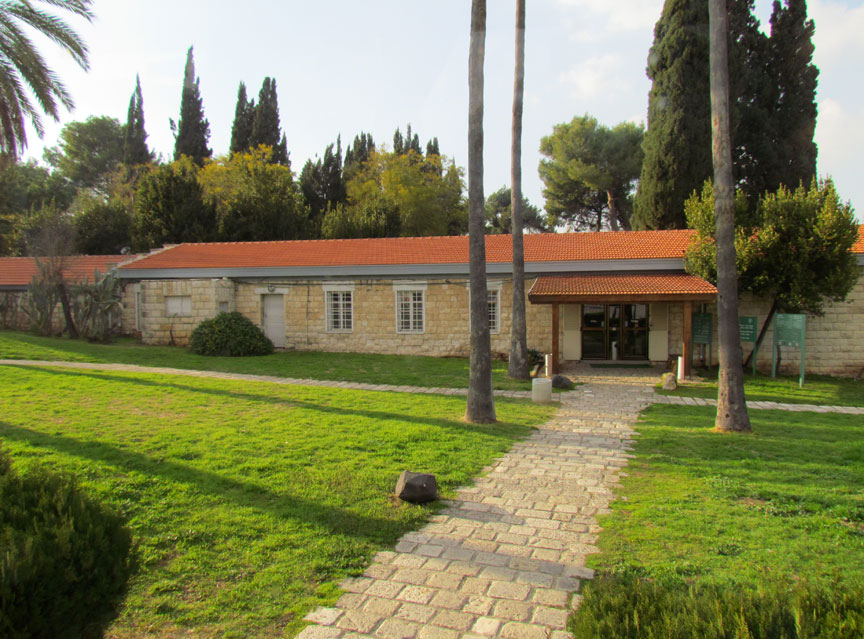 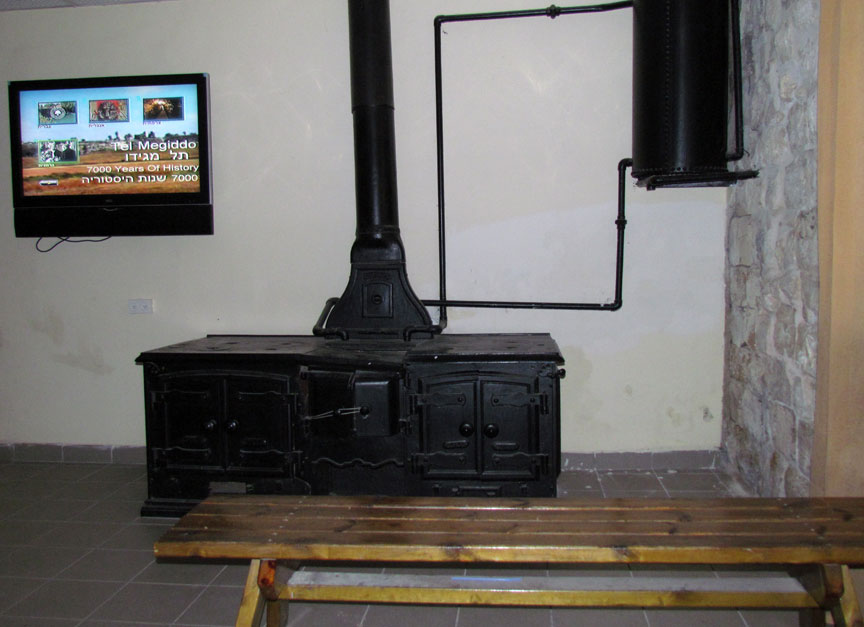 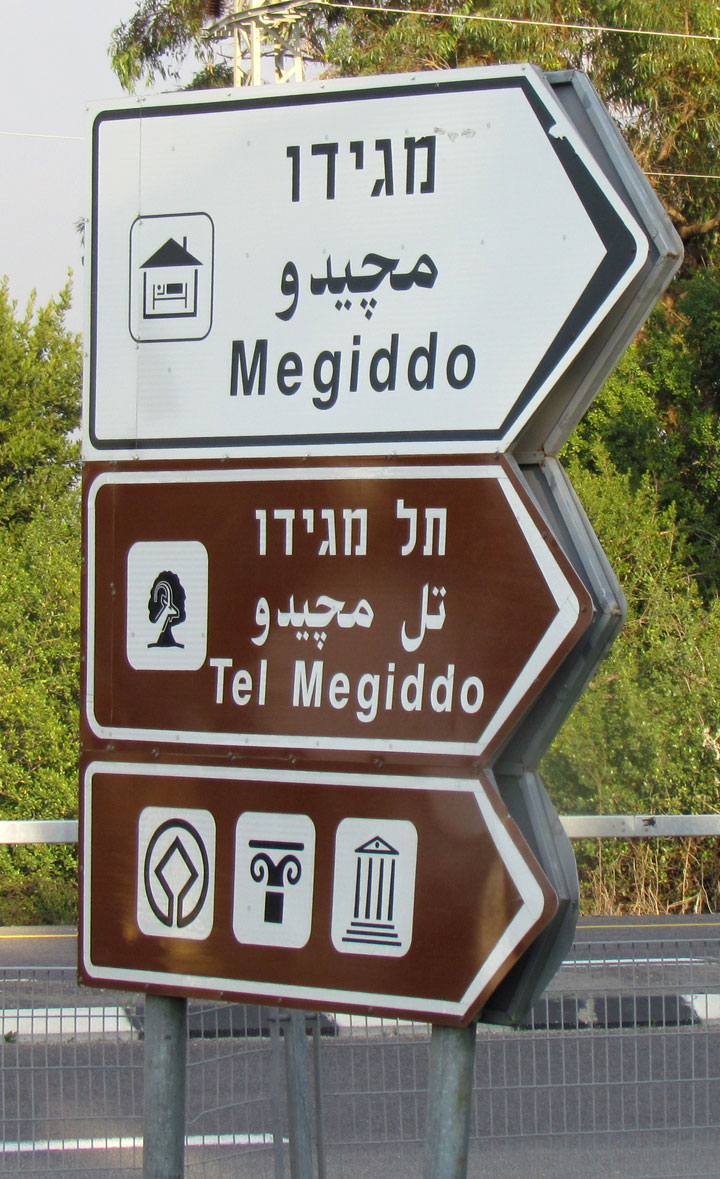 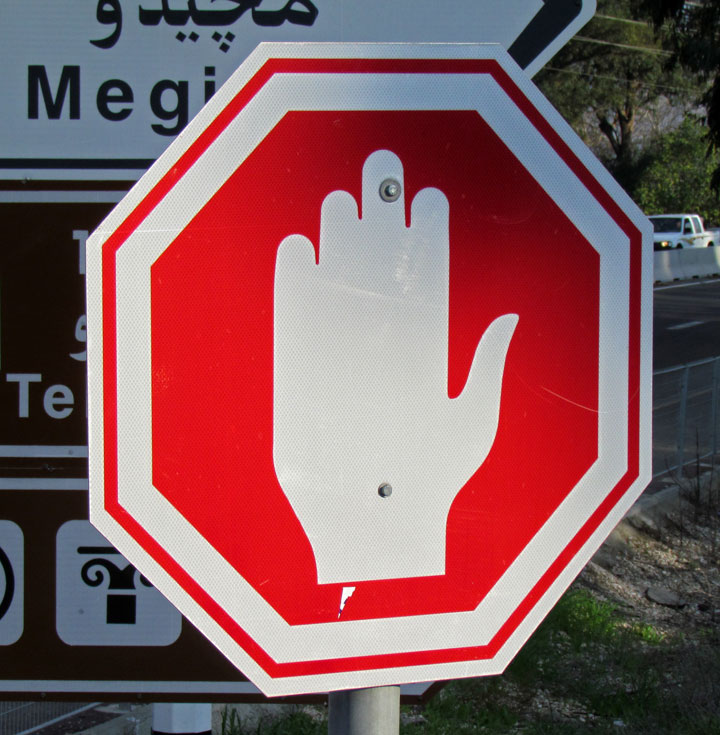