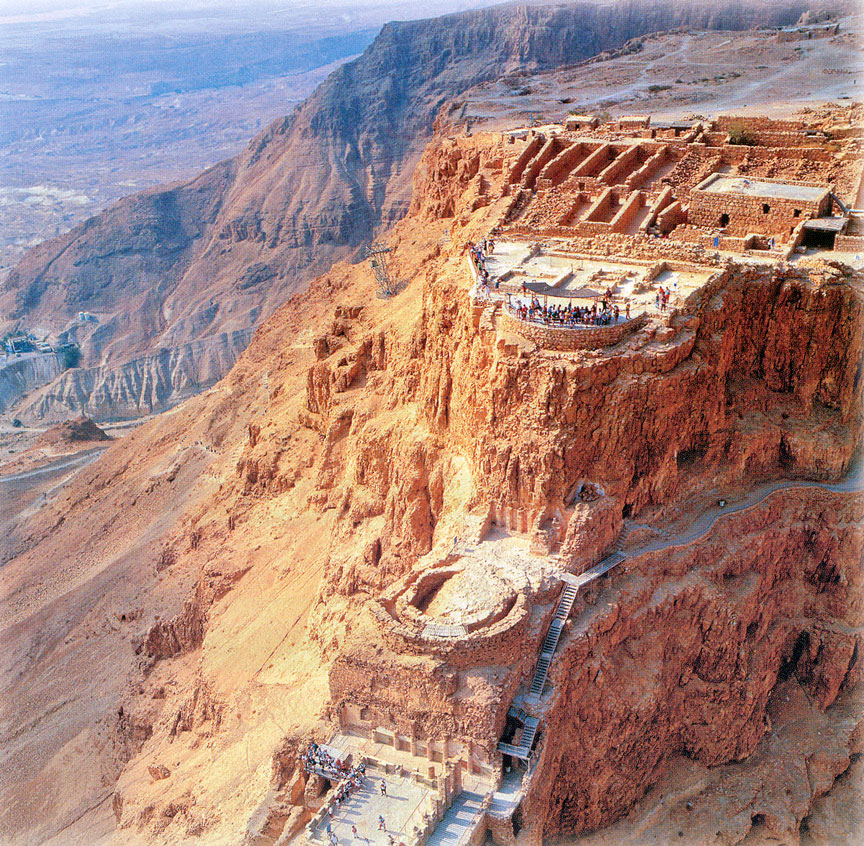 trail up to the mountaintop

Masada (Hebrew, "fortress"), ancient ruins on a mountaintop in the desert about 48.3 km (about 30 mi) southeast of Jerusalem, the scene of the last stand made by the Jewish Zealots in their revolt against Roman rule (AD66-73).

Two fortified palaces were built there in the 1st century BC by the Judean king Herod the Great. After Herod's death, Masada was occupied by a Roman garrison until the Zealots captured it in AD66. When Jerusalem was taken by the Romans in 70, the last remaining rebels—about 1000 men, women, and children—withdrew to the remote mountaintop. Under their leader, Eleazar ben Jair, they withstood a 2-year siege by the Roman Tenth Legion. All but seven killed themselves rather than surrender when the besiegers finally captured the fortress in 73. Excavated by the Israeli archaeologist Yigael Yadin in 1963-65, Masada is both a popular tourist attraction and an Israeli national shrine.

most tourists use the cable car

on the top of the mountain fortress 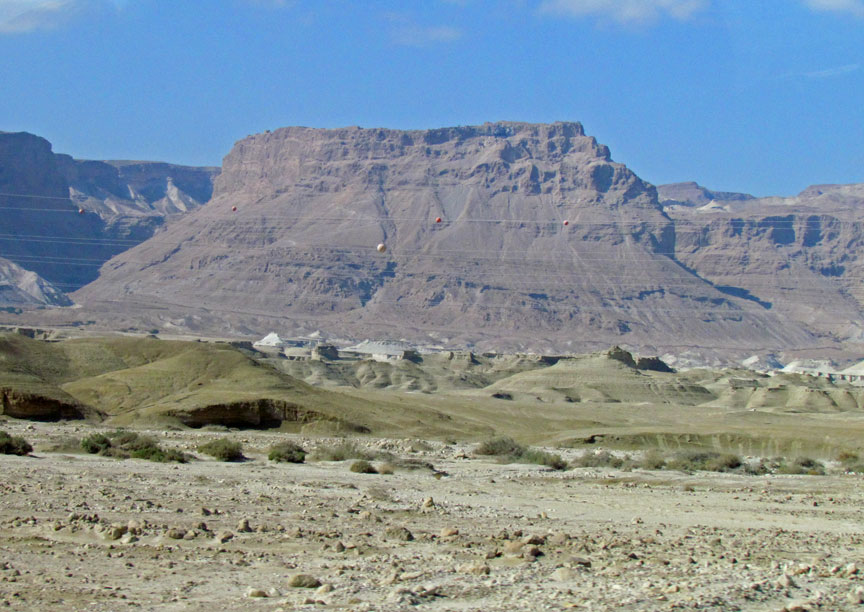 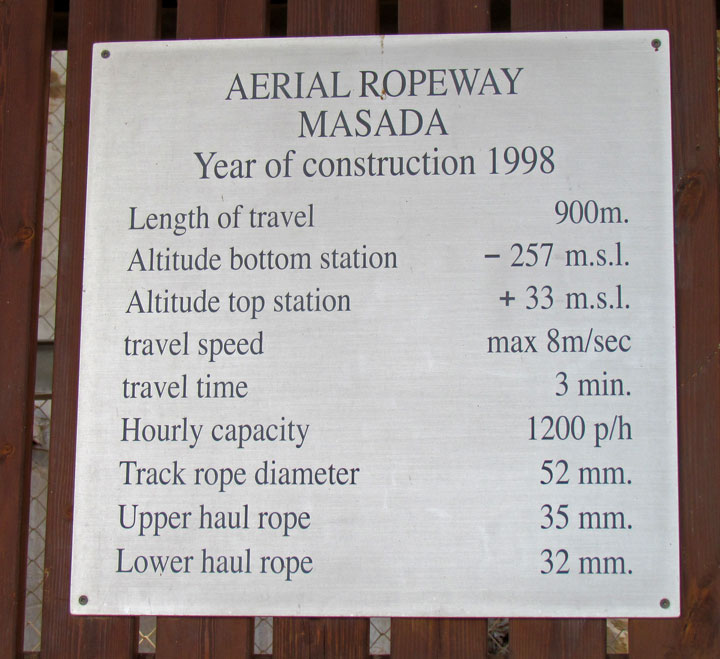 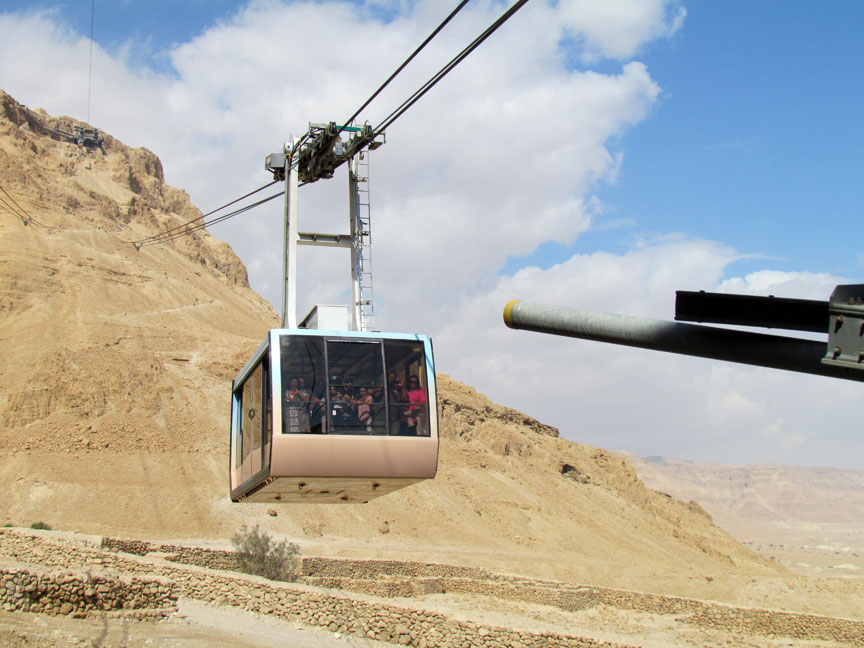 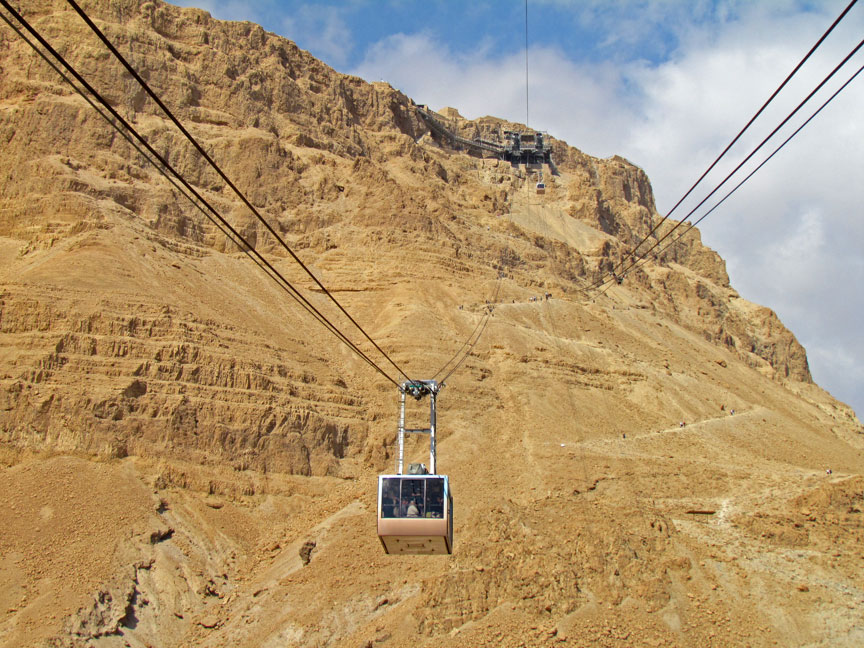 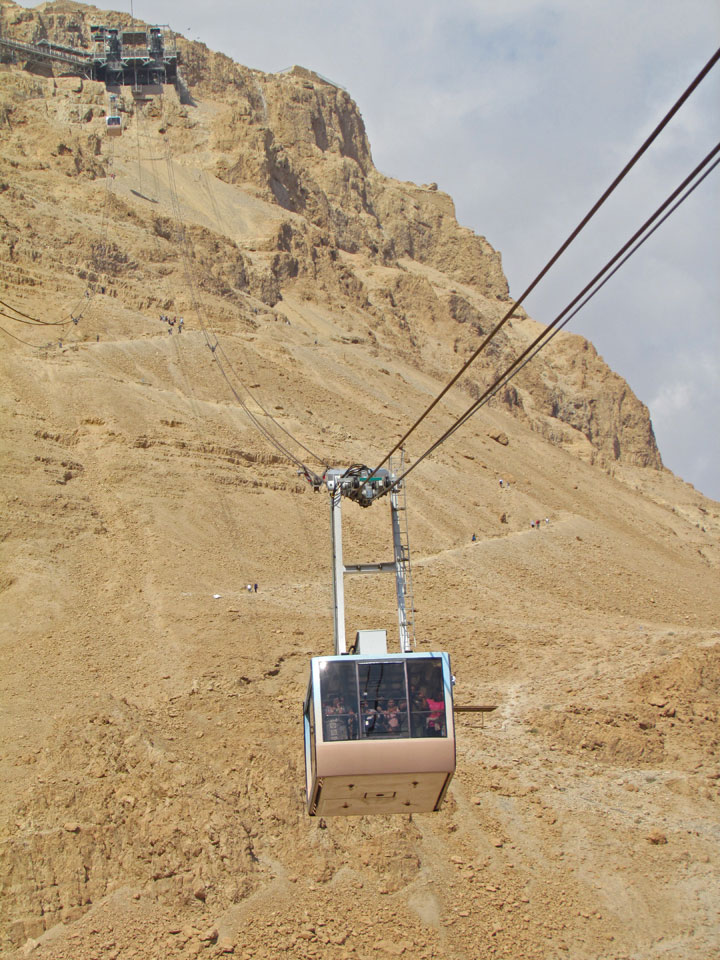 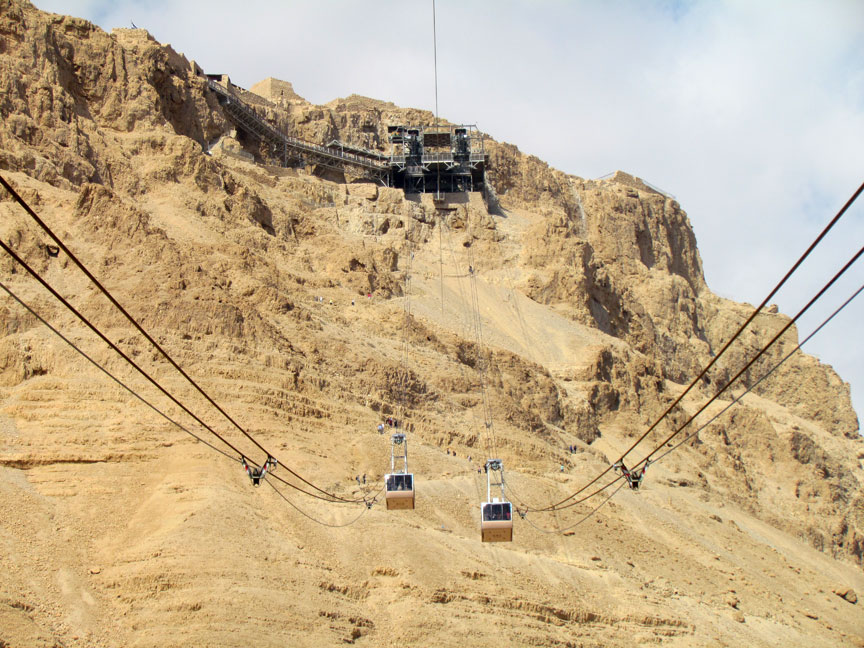 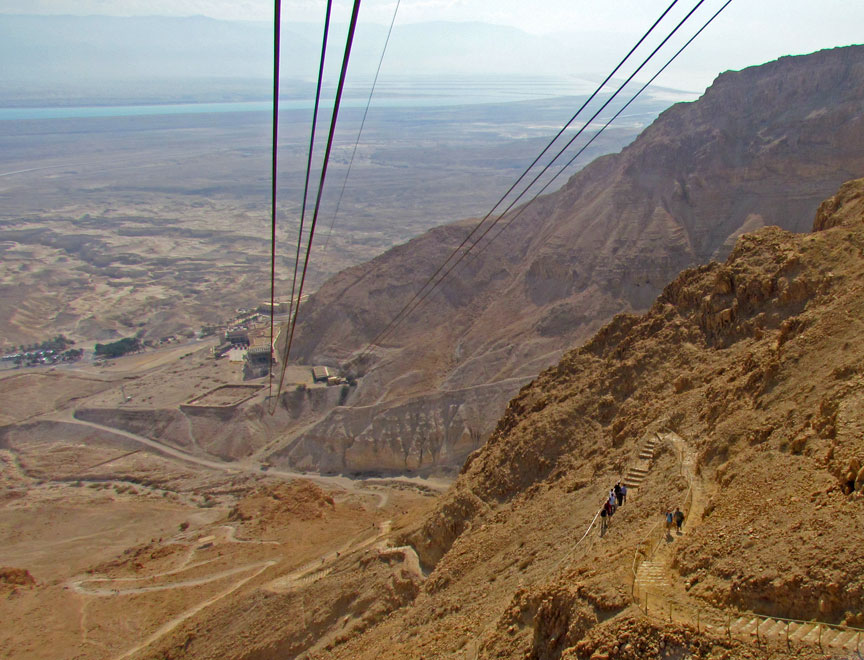 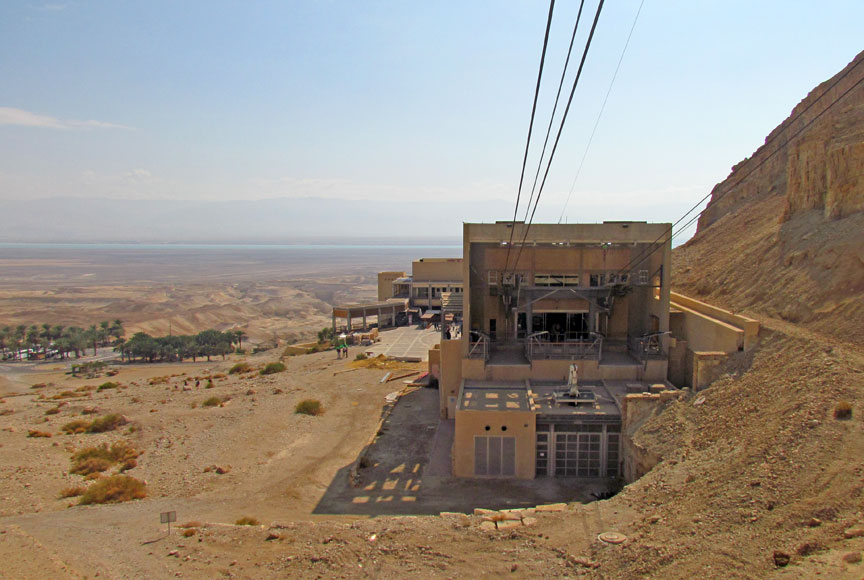 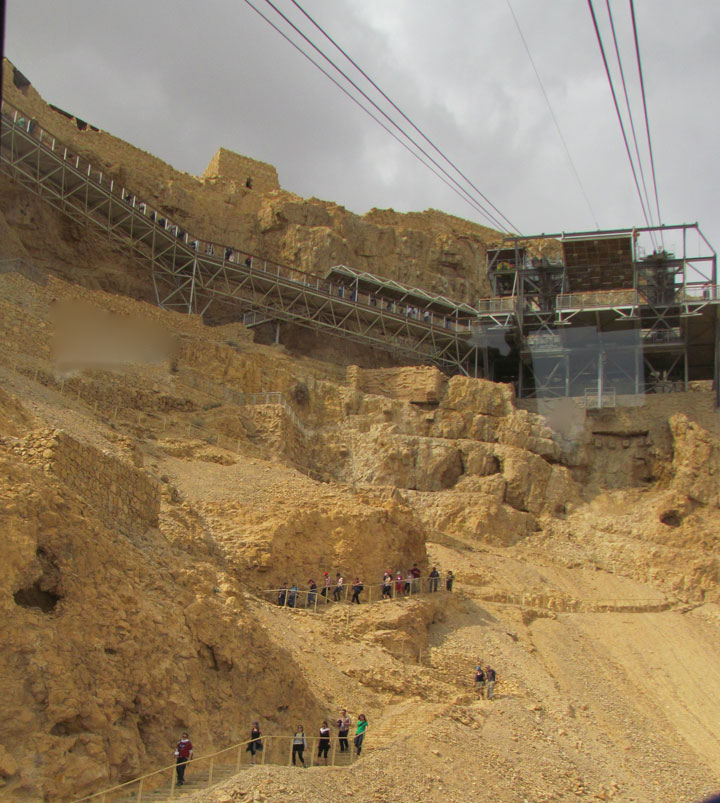 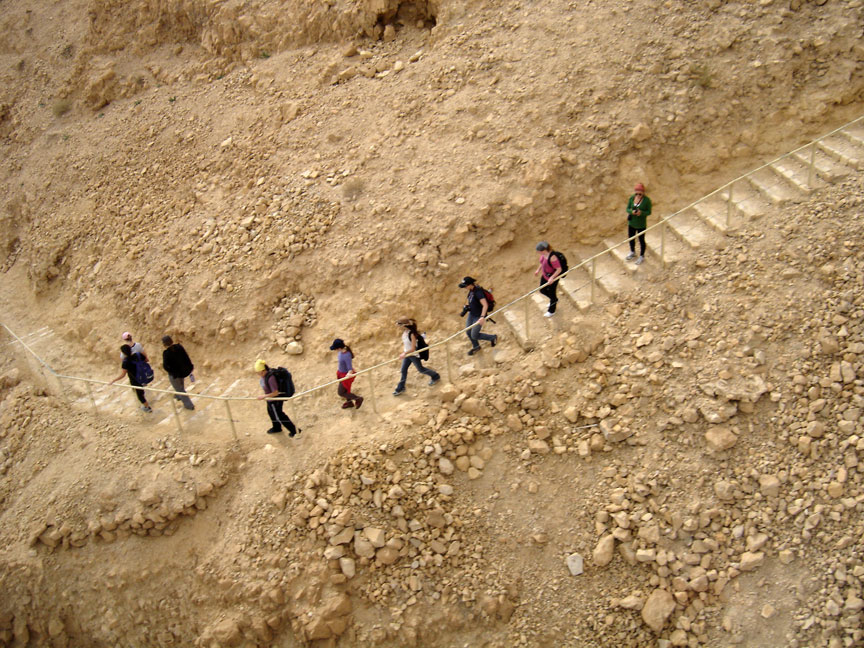 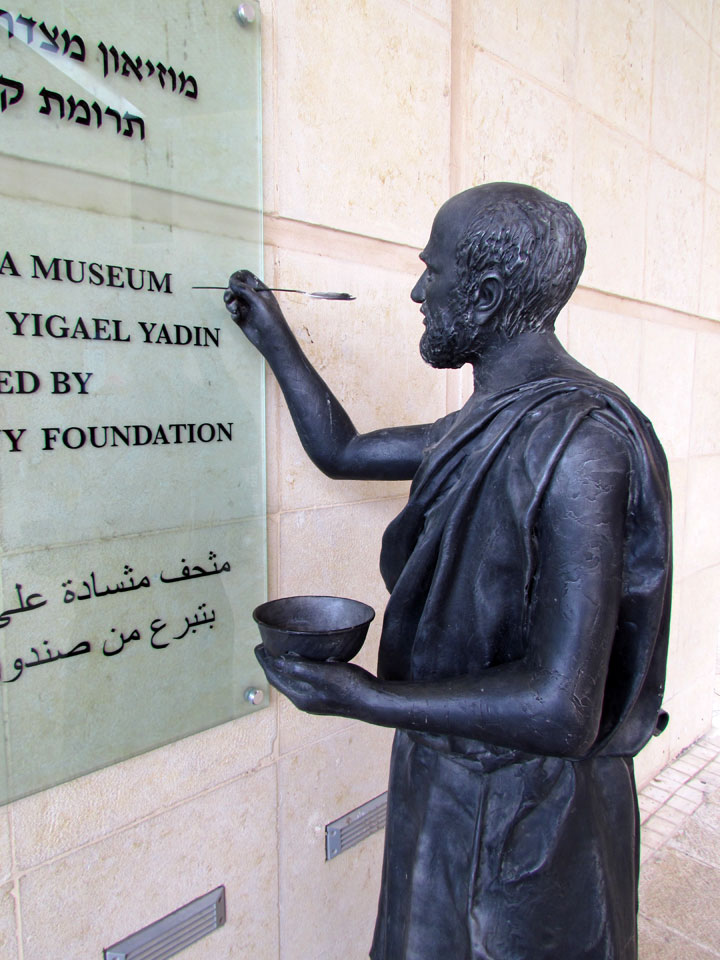 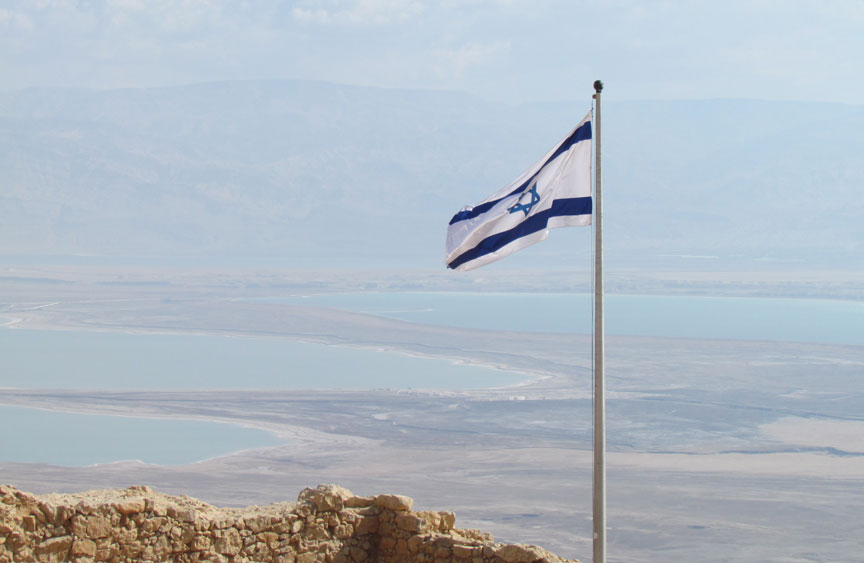 looking over the Dead Sea 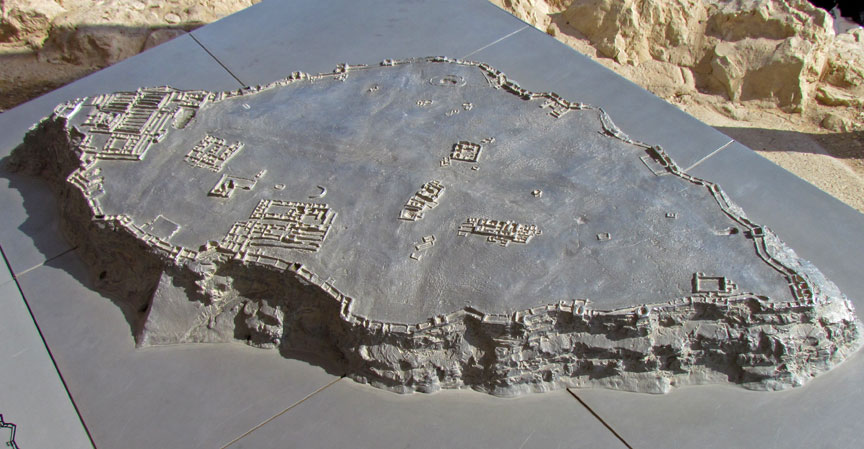 model of the summit 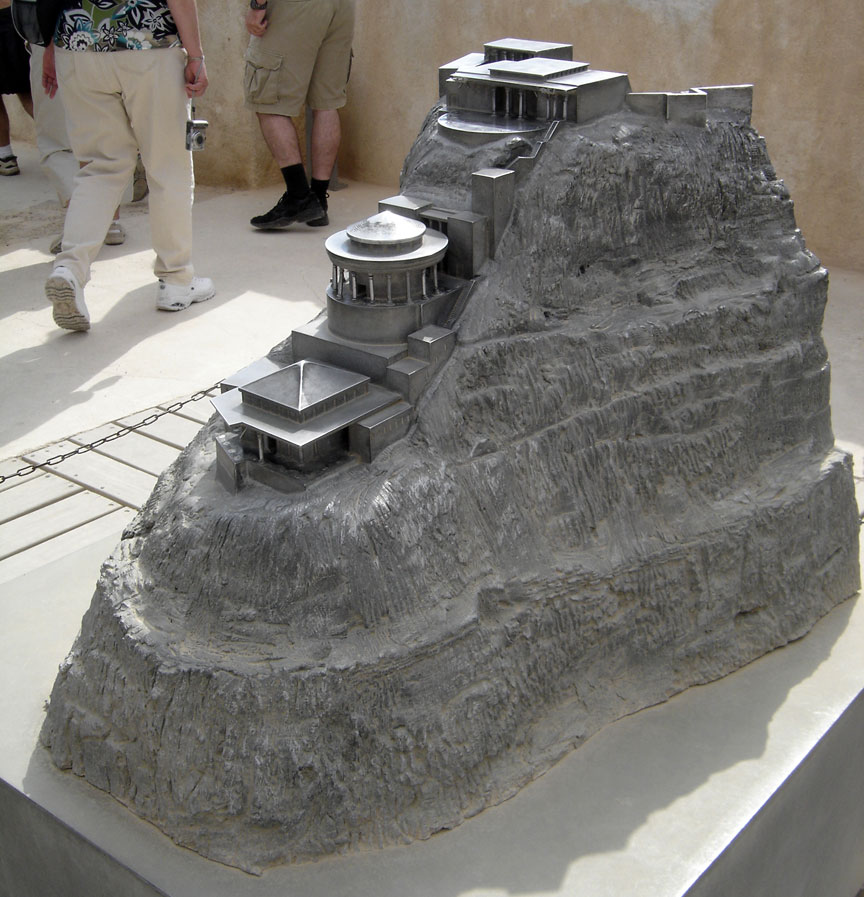 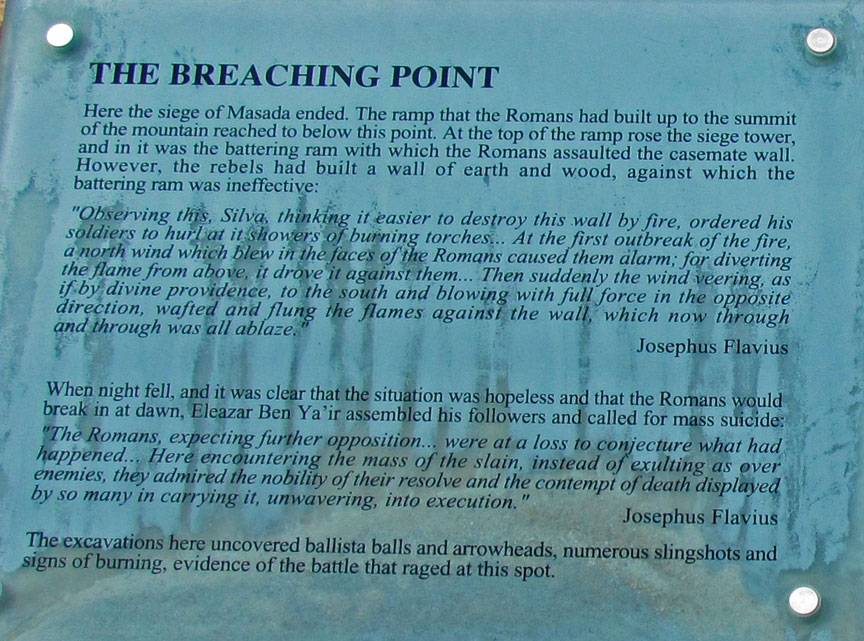 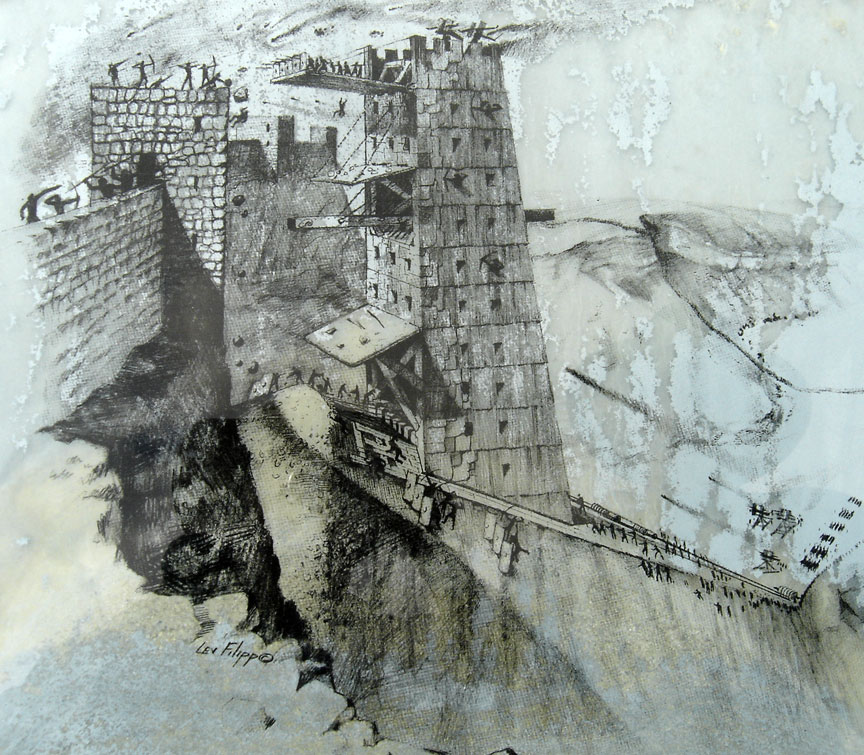 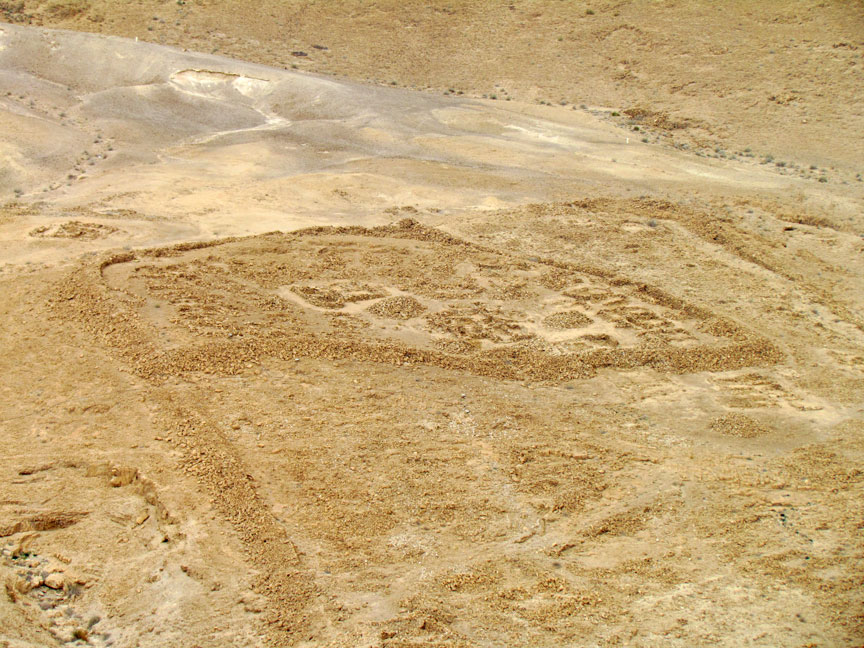 location of the Roman camp 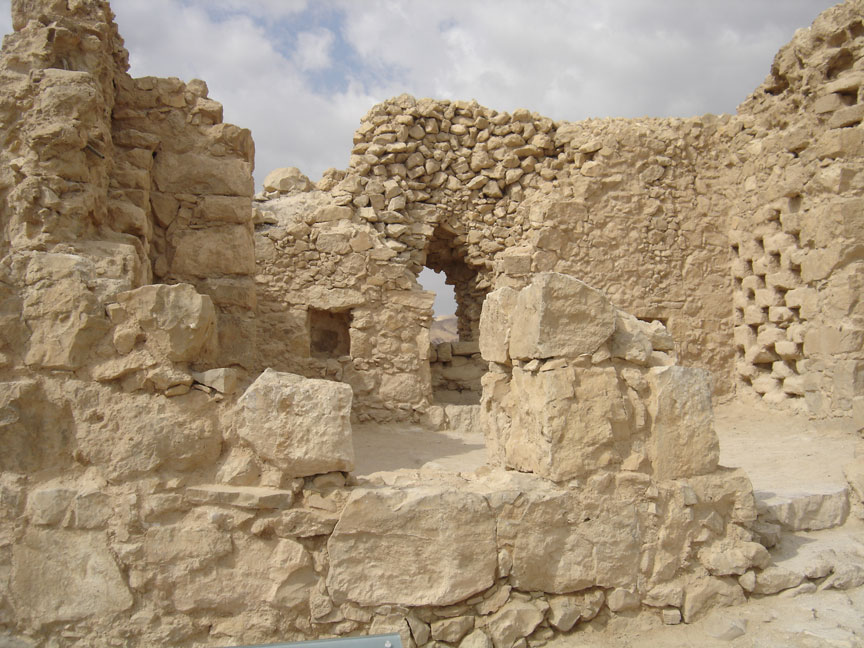 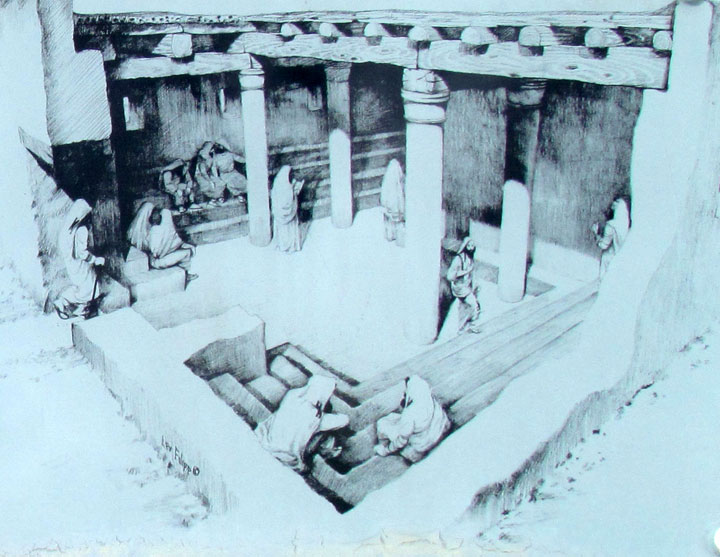 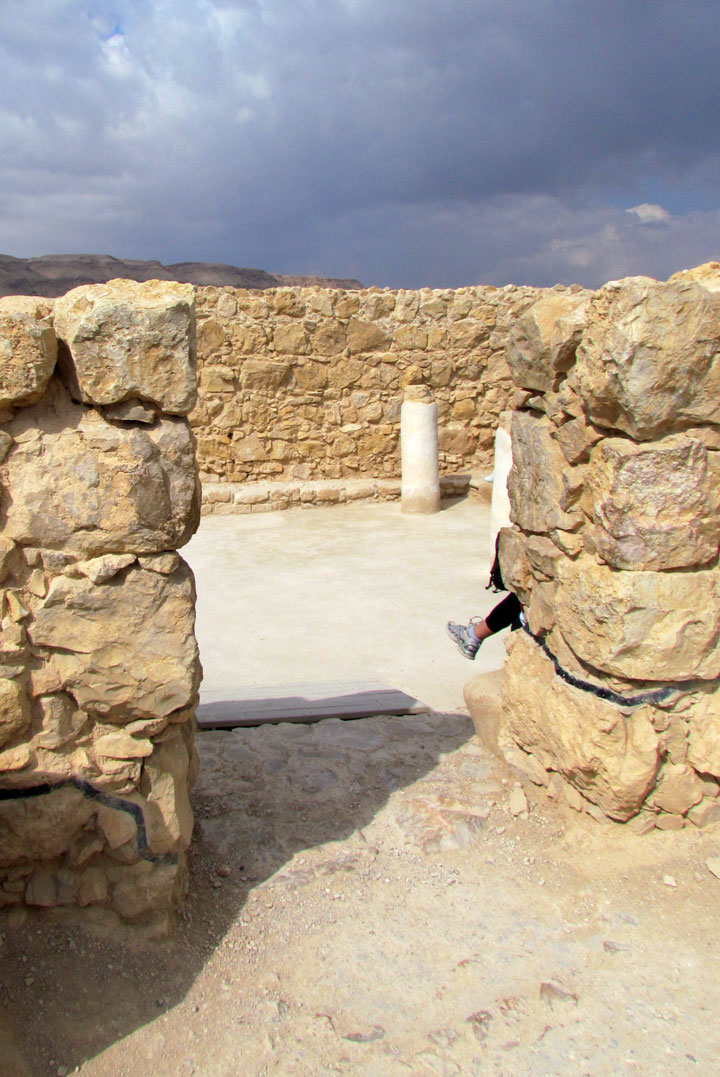 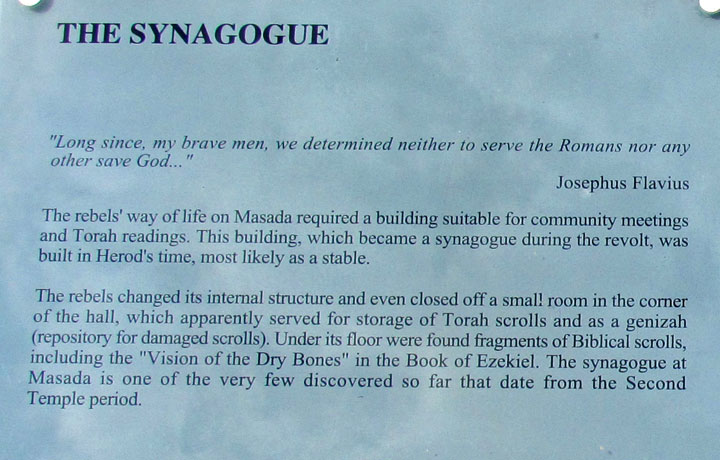 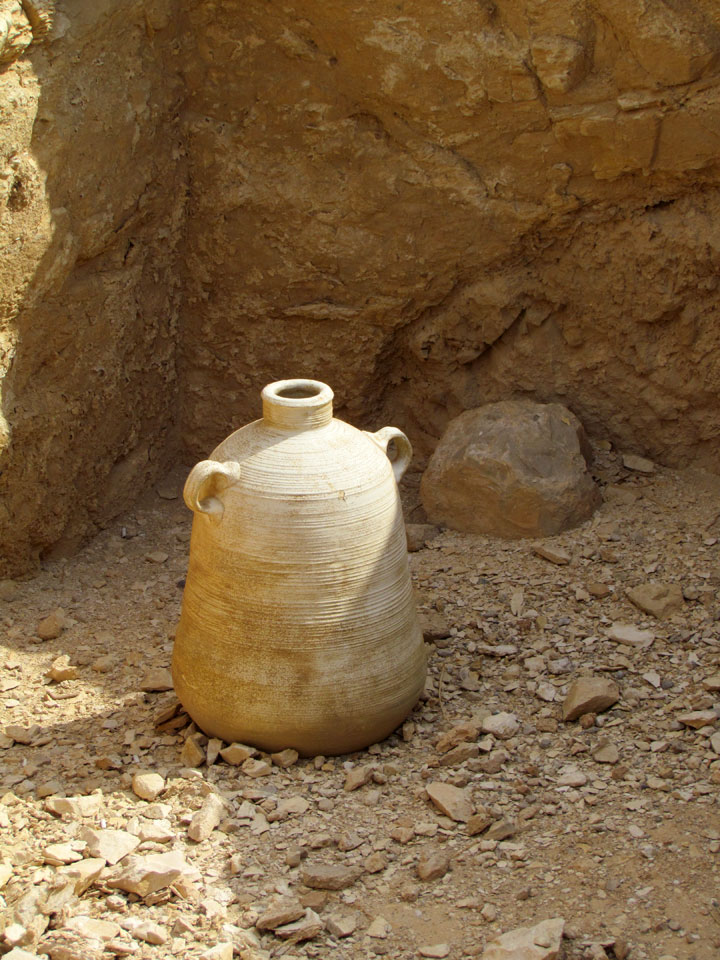 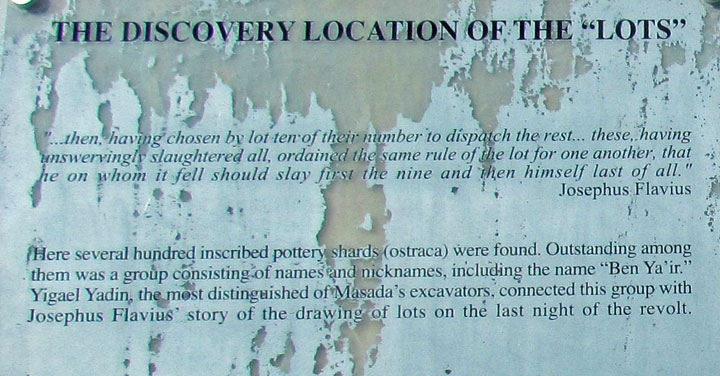 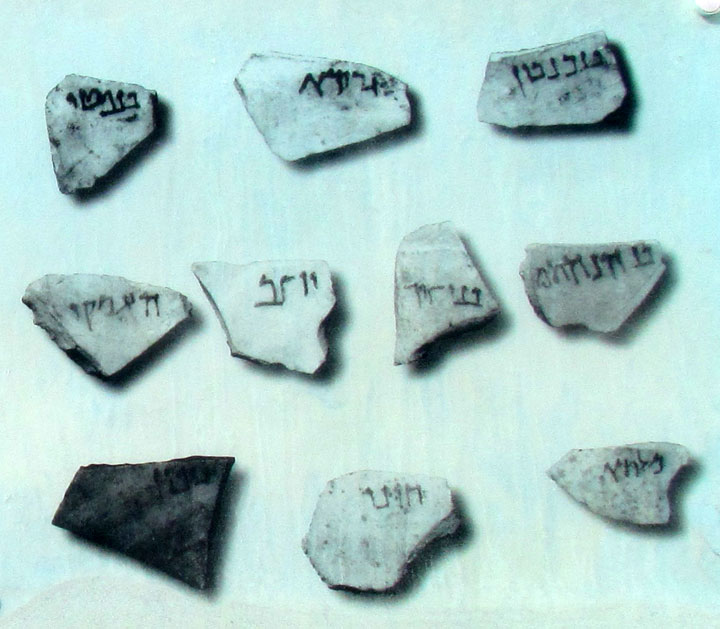