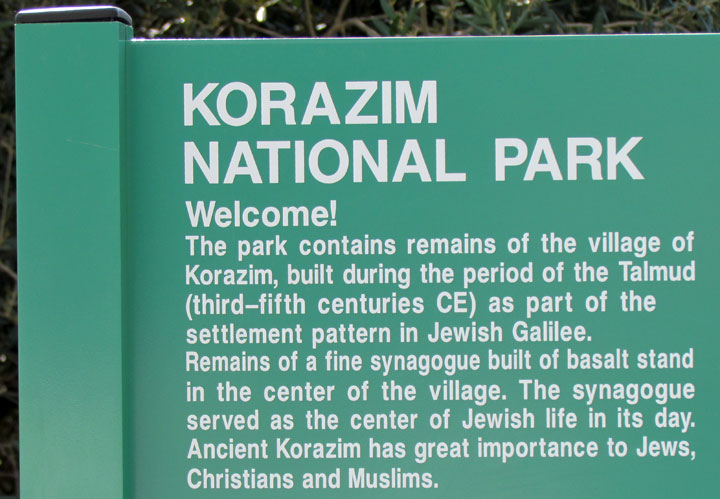 Chorazin ; Korazim Karraza, Kh. Karazeh, Chorizim, Kerazeh, Korazin) was a village in northern Galilee, two and a half miles from Capernaum on a hill above the northern shore of the Sea of Galilee. 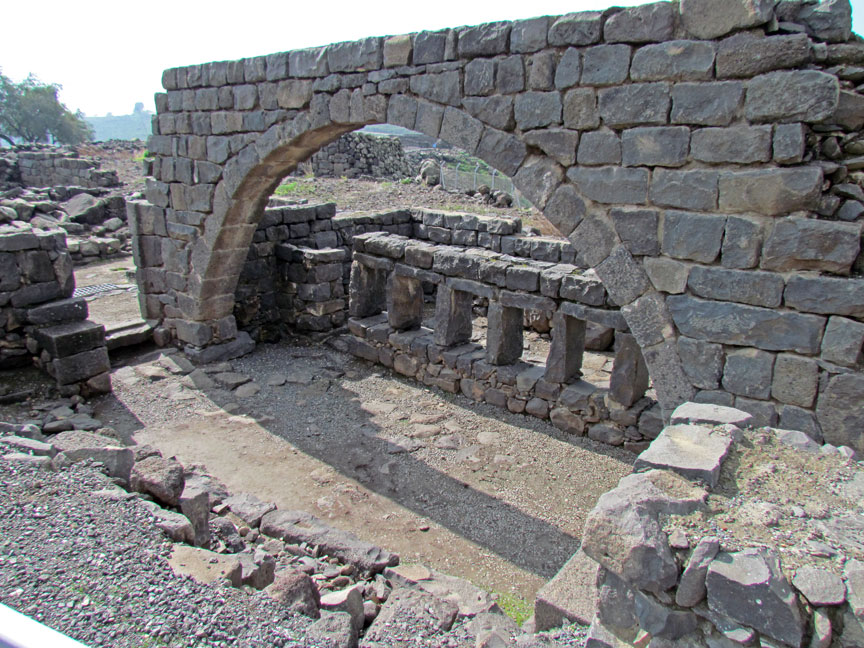 Chorazin, along with Bethsaida and Capernaum, was named in the New Testament gospels of Matthew and Luke as "cities" (more likely just villages) in which Jesus performed "mighty works". However, because these towns rejected his work ("they had not changed their ways" -Matt11:20SV), they were subsequently cursed (Matthew 11:20-24; Luke 10:13-15). Biblical scholars who accept the two-source hypothesis state that this story originally came from the Q document. Despite this textual evidence, archaeologists have not yet been successful in finding a settlement dating to the 1st century. Due to the condemnation of Jesus, some early Medieval writers believed that the Antichrist would be born in Chorazin. 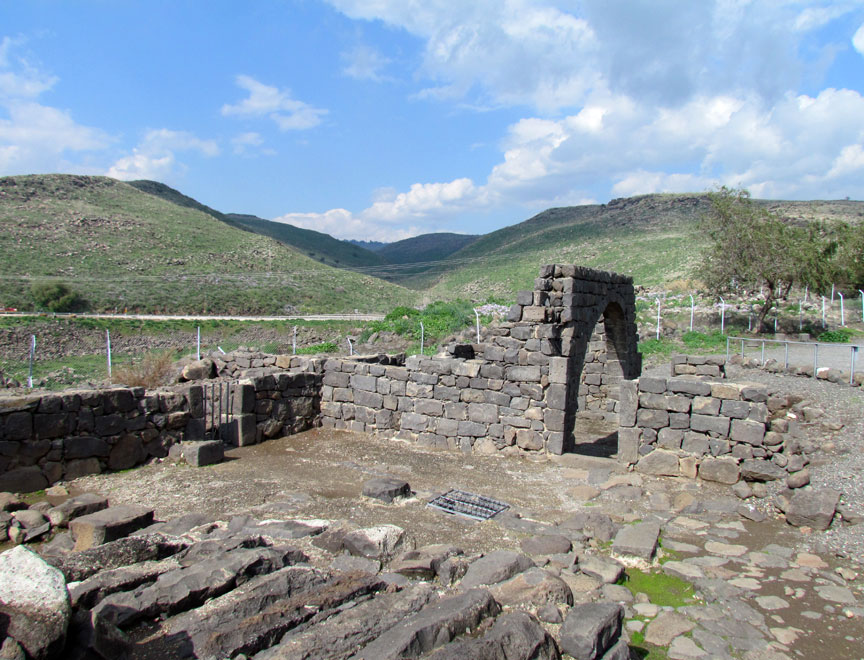 The Babylonian Talmud (Menahot, 85a) mentions that Chorazin was a town known for its grain. In the 16th century, Jewish fishermen used to reside here. 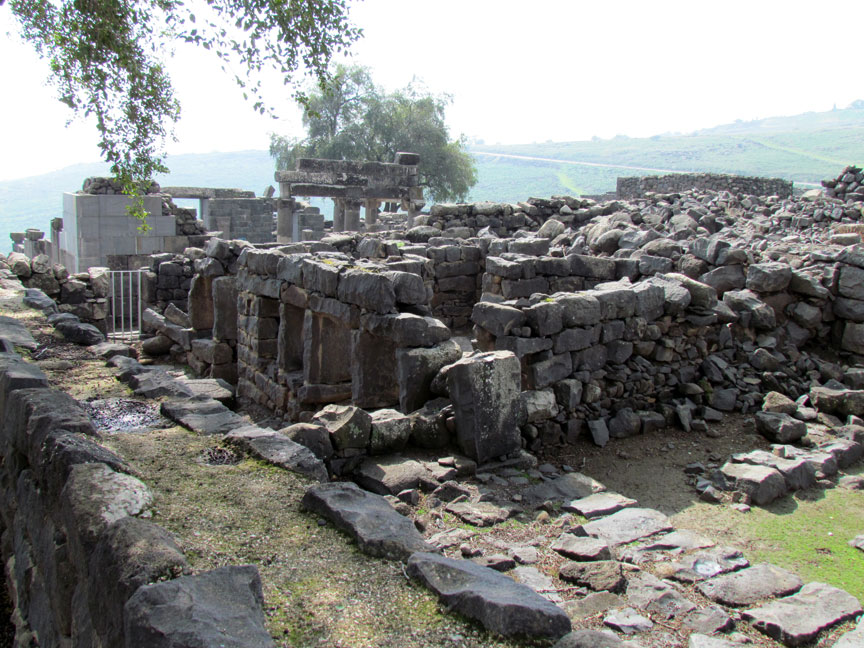 Korazim is now the site of a National Archaeological Park. Extensive excavations and a survey were carried out at in 1962-1964. Excavations at the site were resumed in 1980-1987. 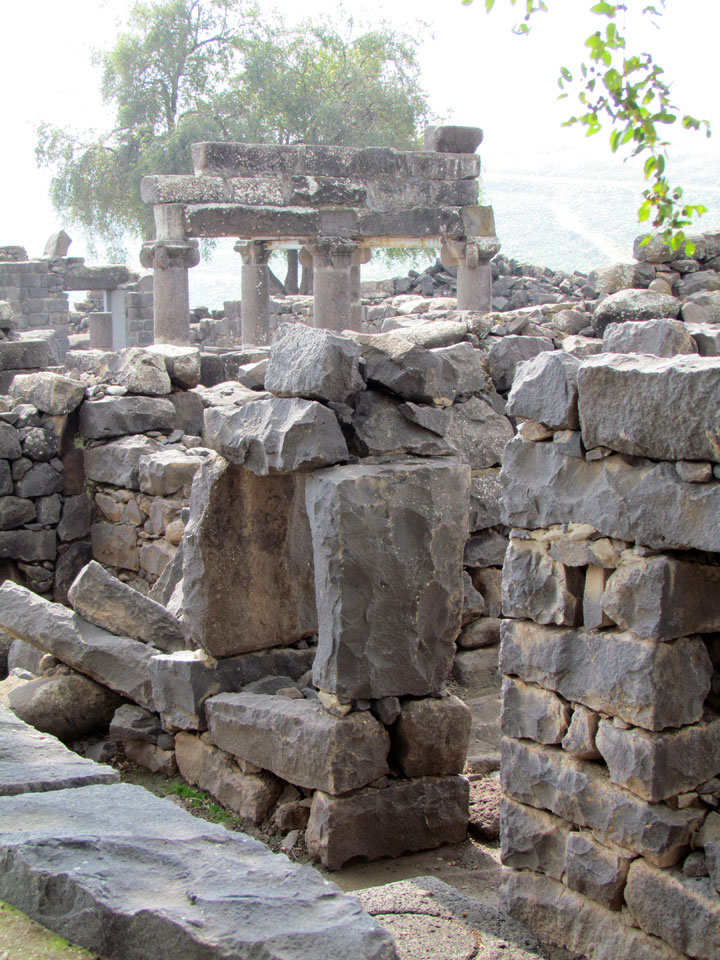 The site is an excavated ruin today, but was inhabited starting in the 1st century. It is associated with modern day Kerazeh. 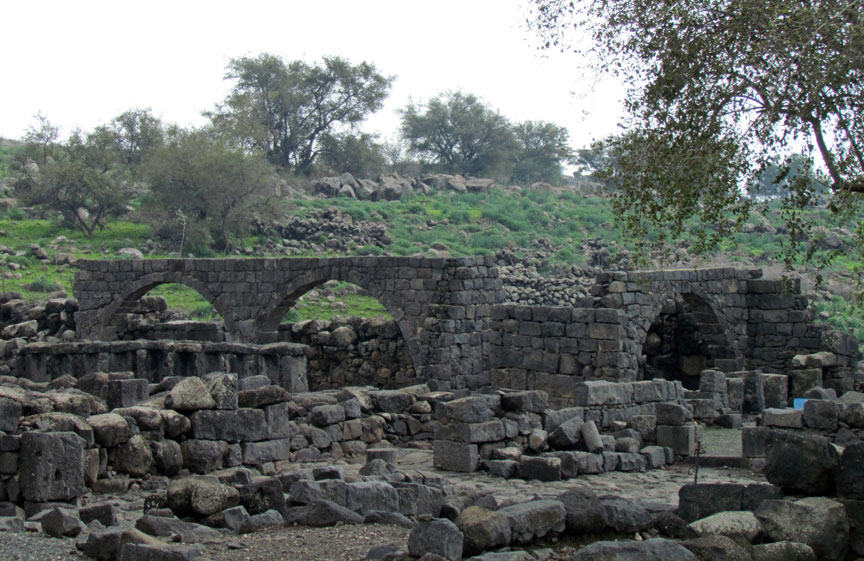 The majority of the structures are made from black basalt, a volcanic rock found locally. The main settlement dates to the 3rd and 4th centuries. A mikvah, or ritual bath, was also found at the site. The handful of olive millstones used in olive oil extraction found suggest a reliance on the olive for economic purposes, like a number of other villages in ancient Galilee. 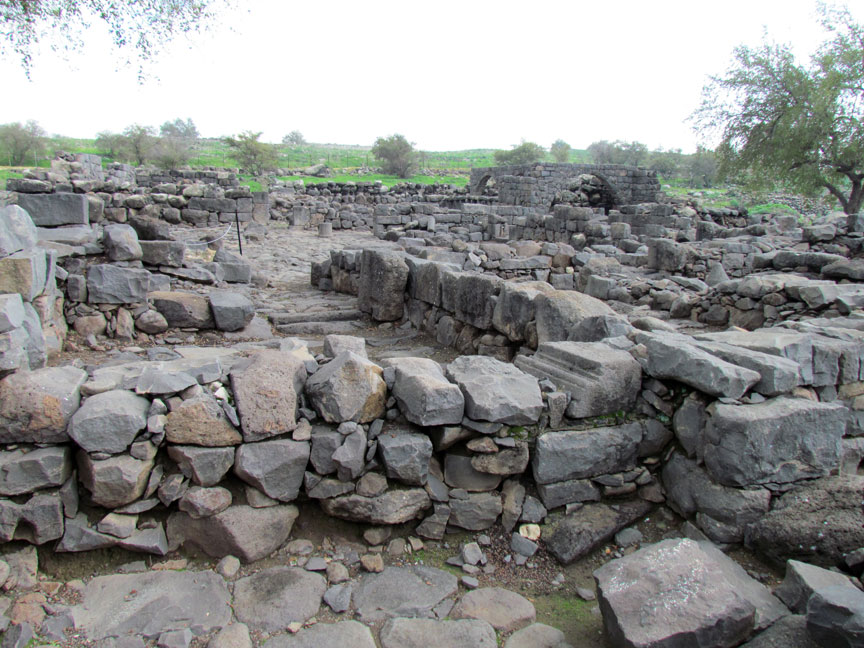 The town's ruins are spread over an area of 25 acres (100,000 m2), subdivided into five separate quarters, with a synagogue in the centre. The large, impressive Synagogue which was built with black basalt stones and decorated with Jewish motifs is the most striking survival. Close by is a ritual bath, surrounded by public and residential buildings. 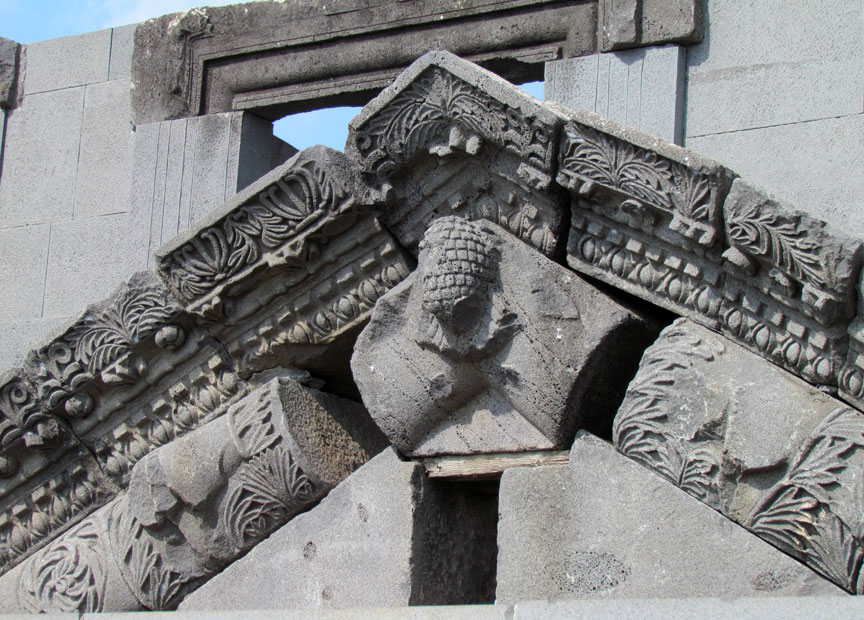 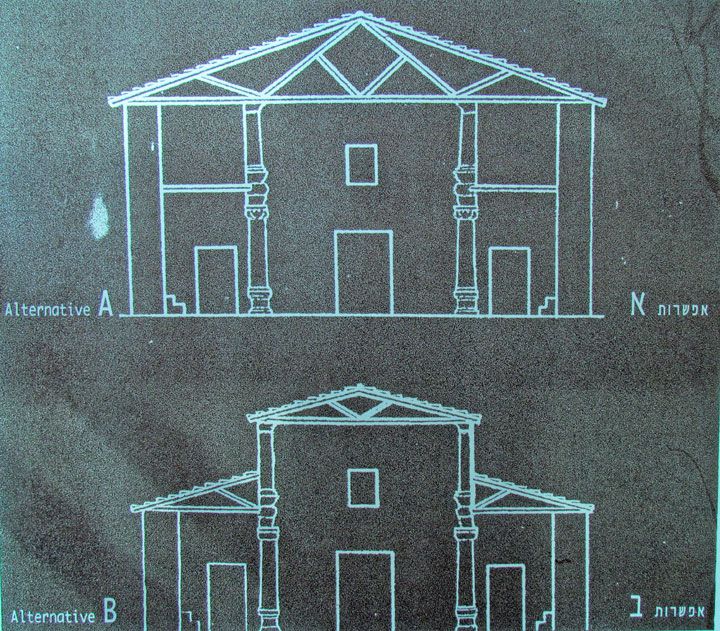 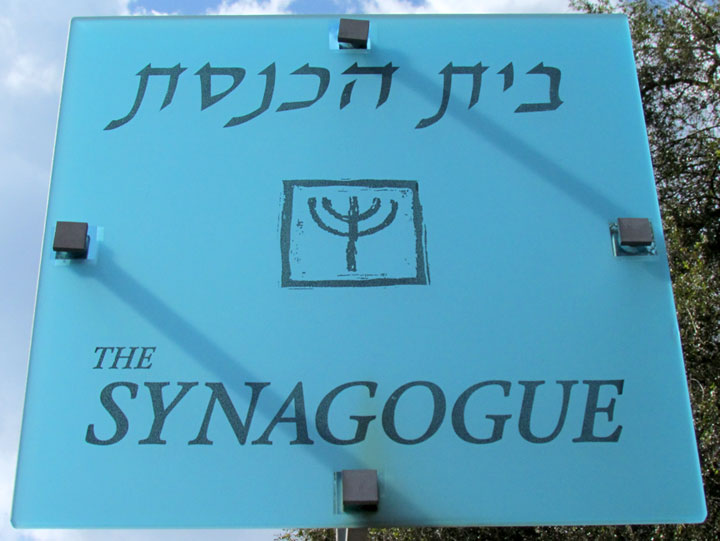 The 3rd century synagogue was destroyed in the 4th century and rebuilt in the 5th. 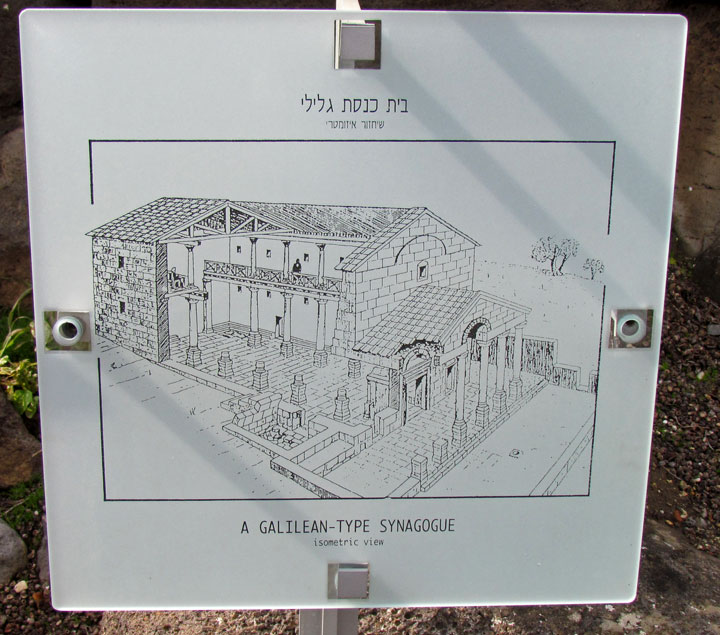 An unusual feature in an ancient synagogue is the presence of three-dimensional sculpture, a pair of stone lions. A similar pair of three-dimensional lions was found in the synagogue at Kfar Bar'am. Other carvings, which are thought to have originally been brightly painted, feature images of wine-making, animals, a Medusa, an armed soldier, and an eagle. 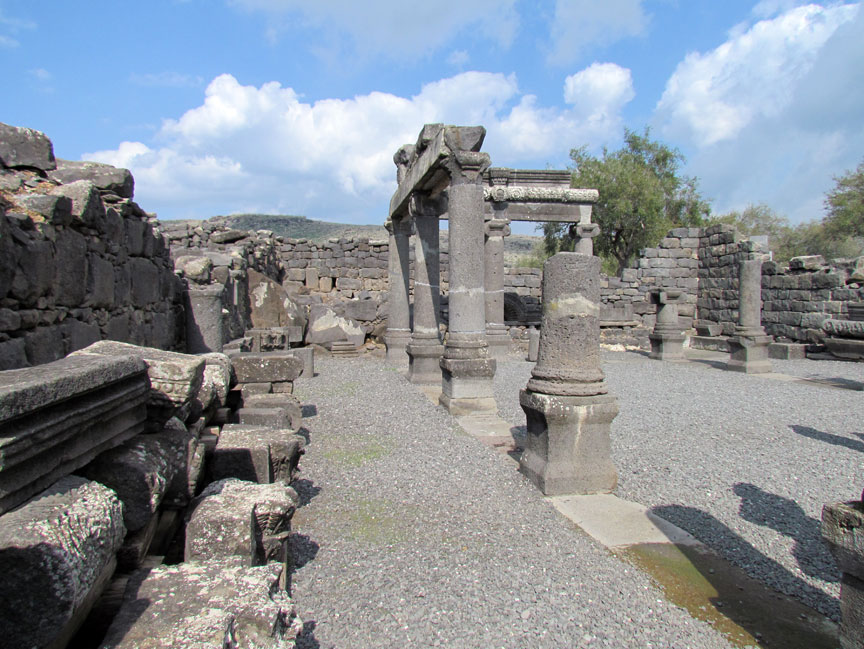 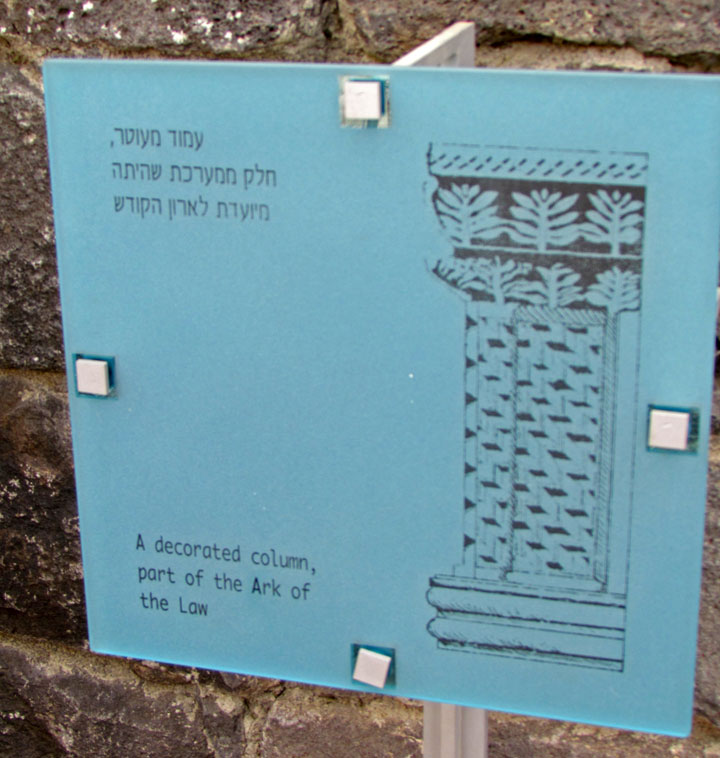 It was founded in 1983 as a moshav, but after it merged with Ma'of it became a communal settlement. It is found just north of Lake Kinneret. It is named after ancient Chorazin, mentioned in the New Testament (Matthew 11:21), now the site of a much-visited archaeological park, which is located about 1 km east of the modern village. 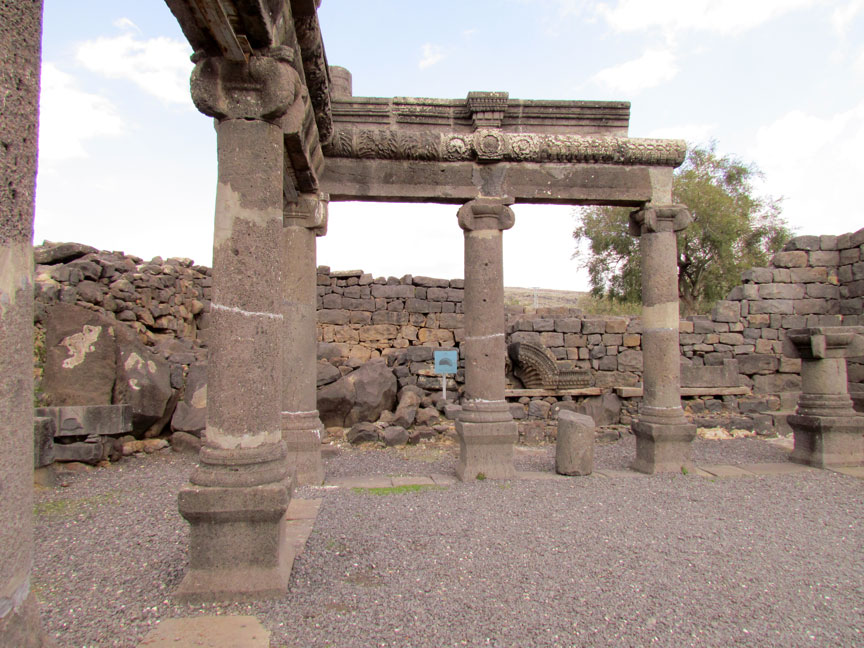 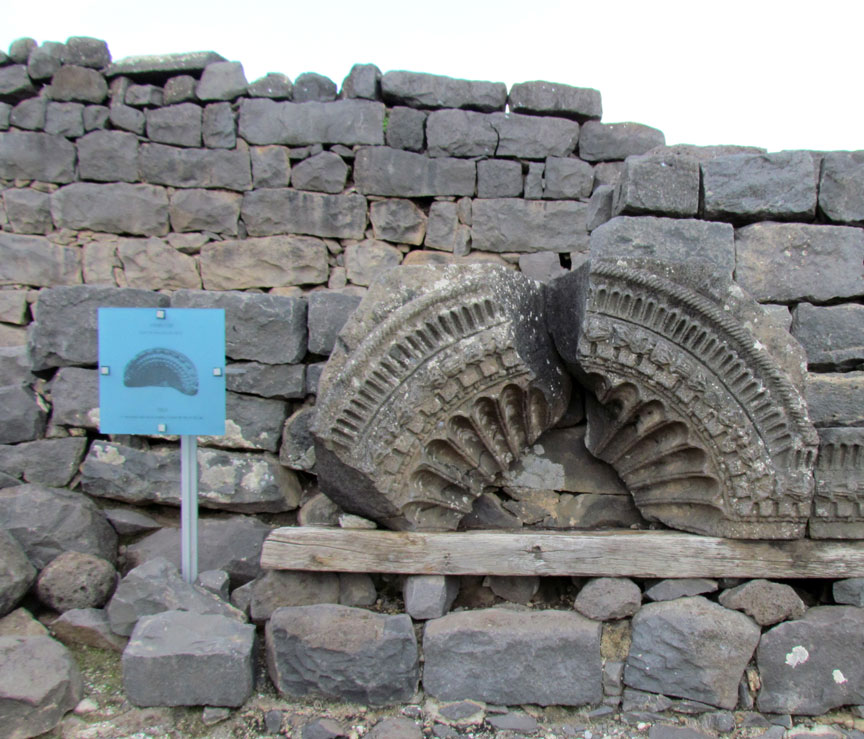 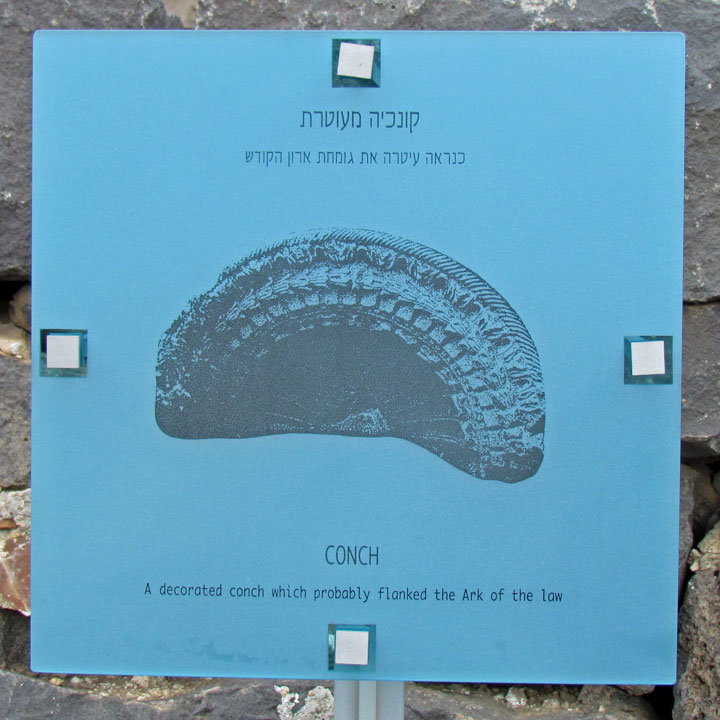 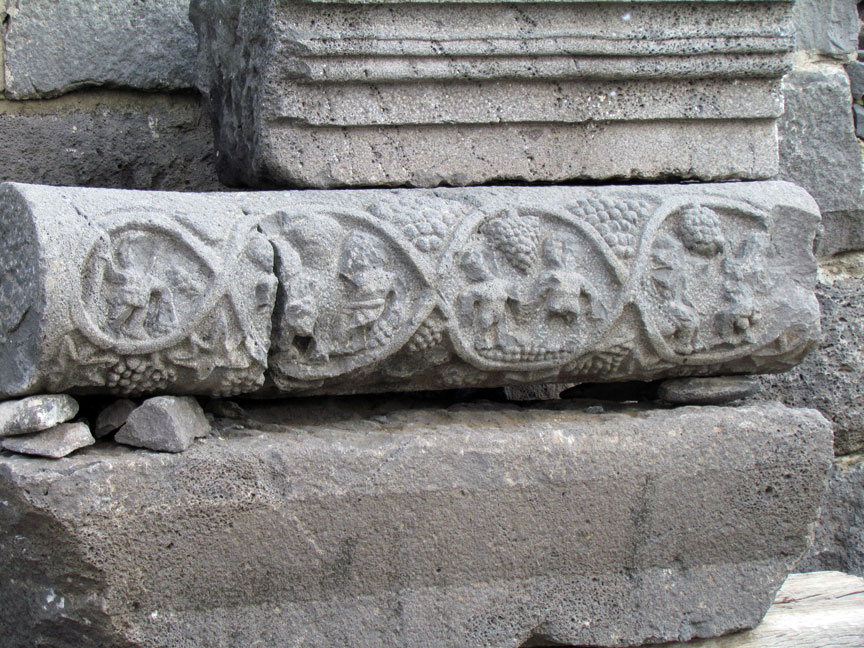 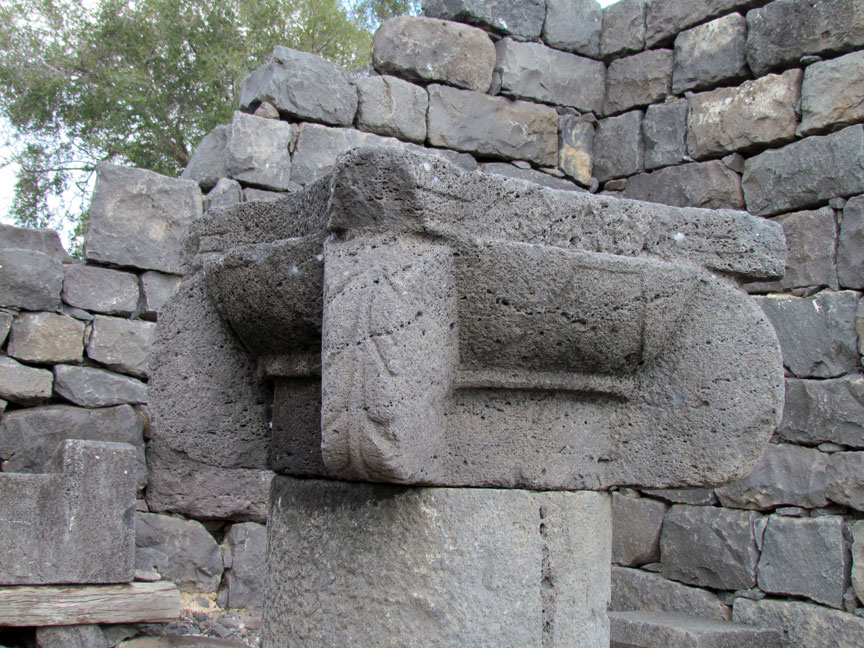 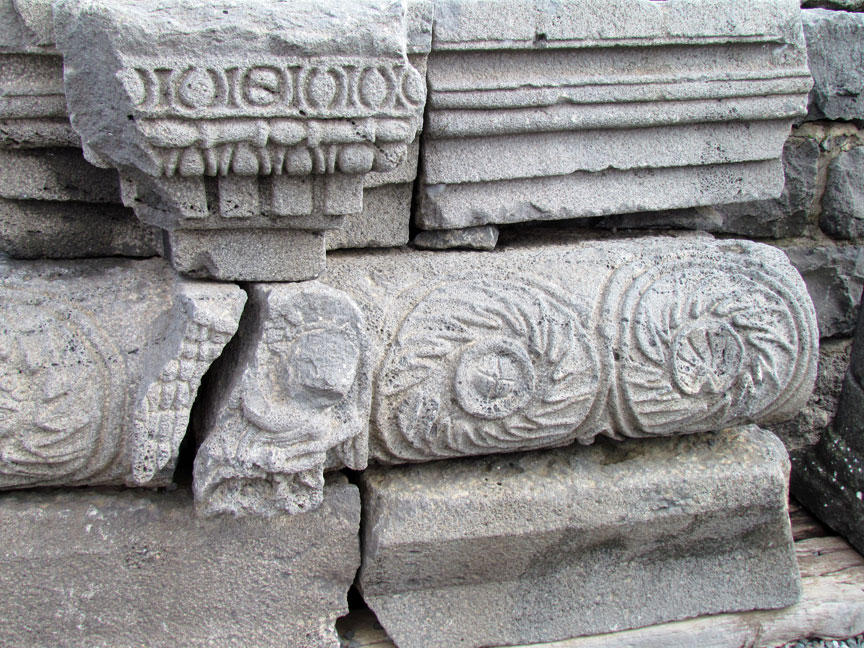 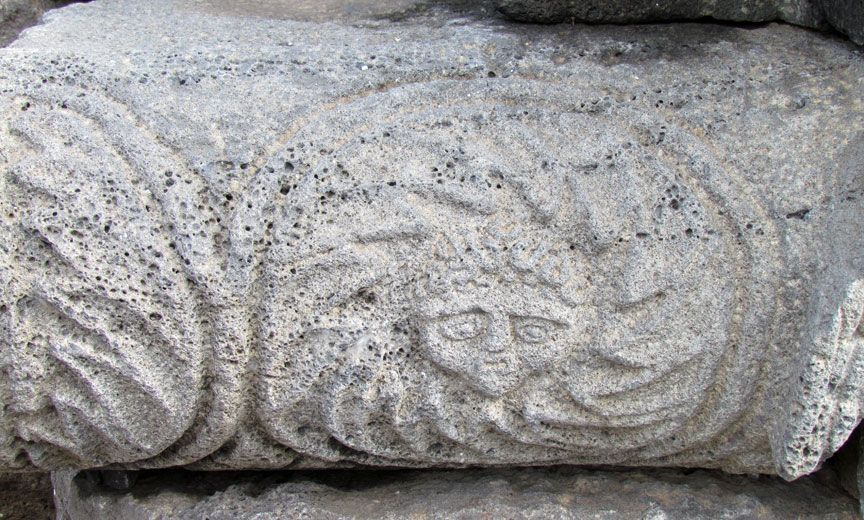 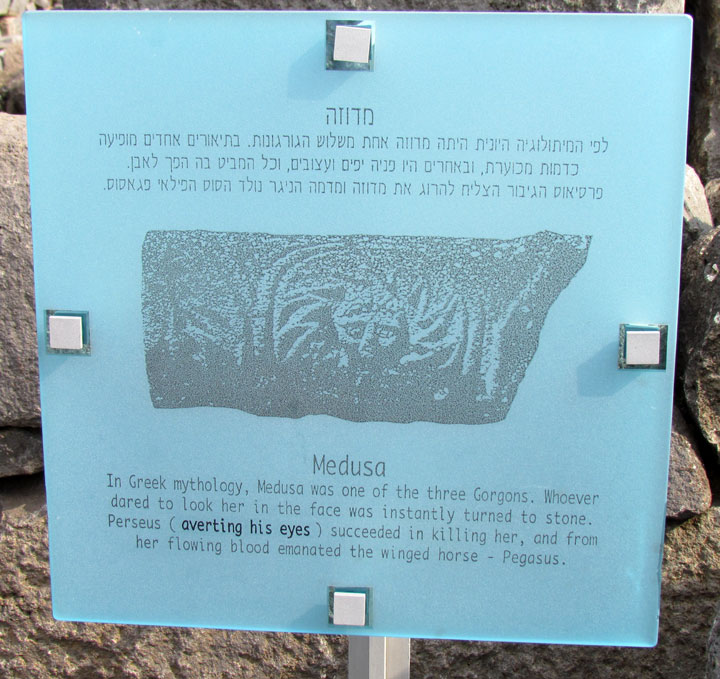 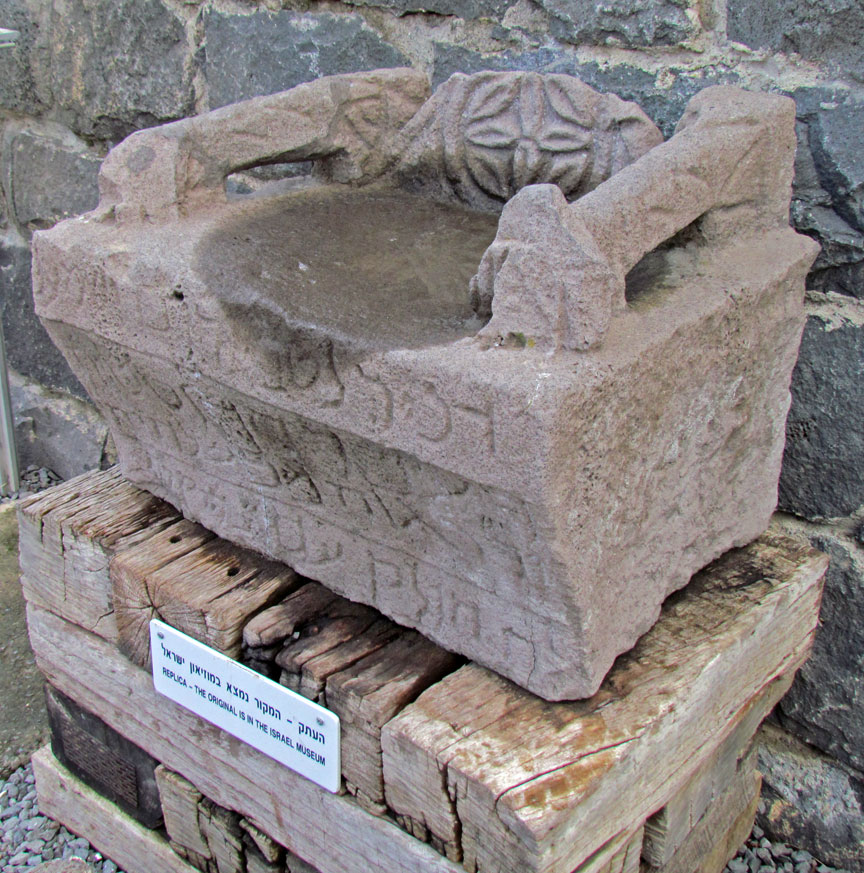 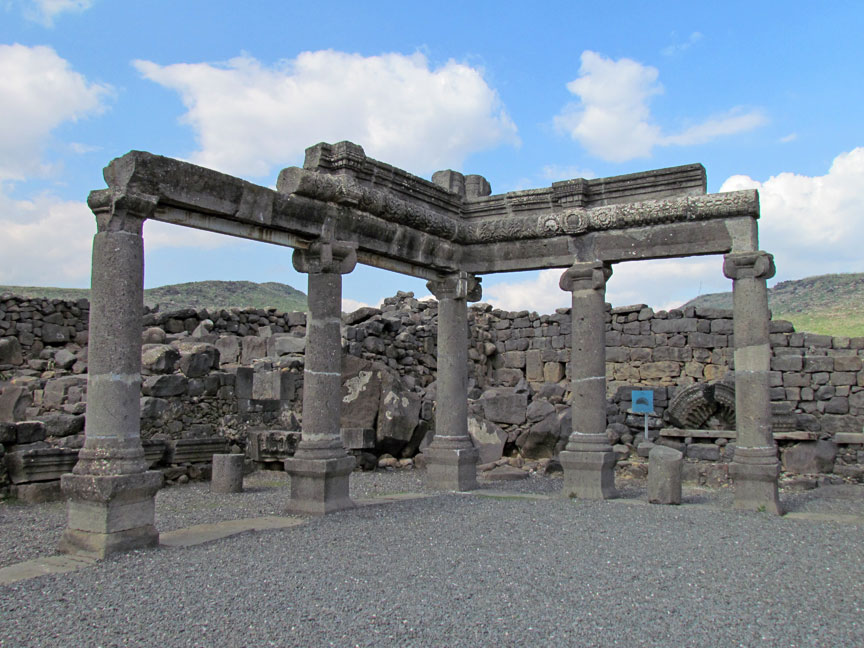 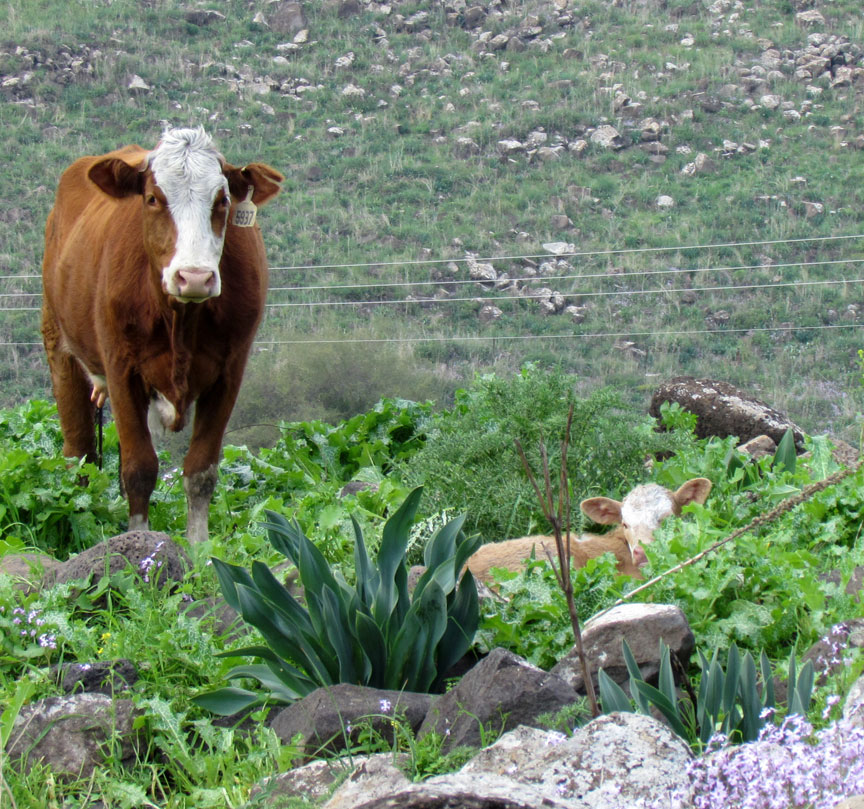 an observer with a newly born calf