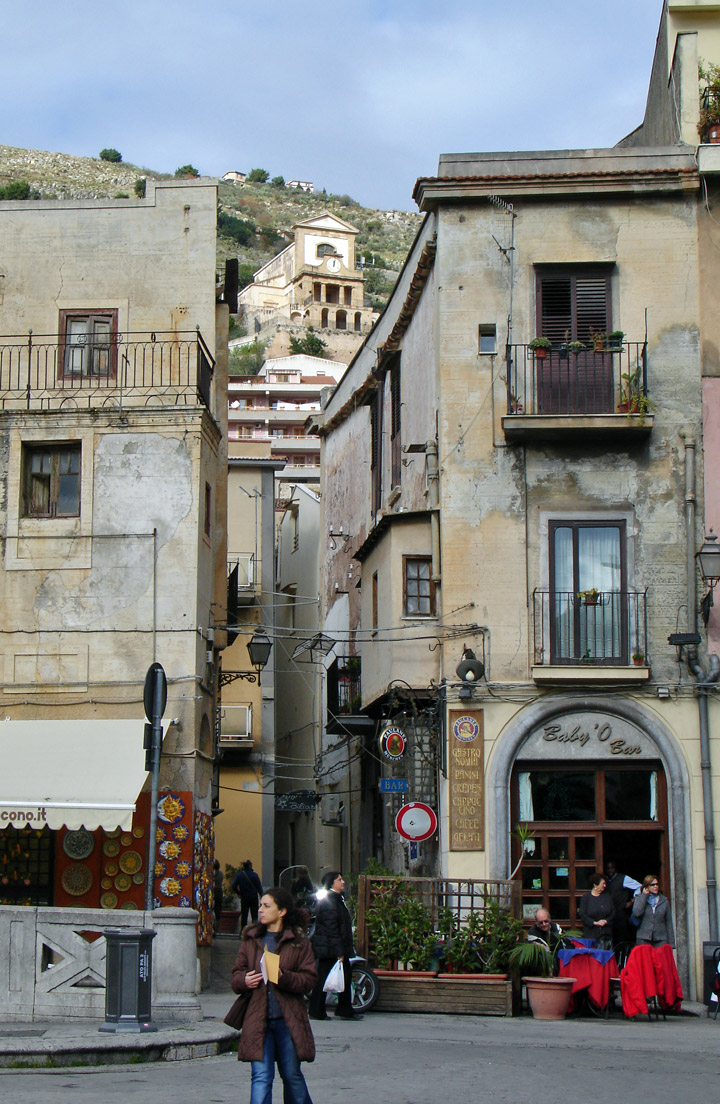 Monreale is a small city in the province of Palermo, in Sicily Italy. It has about 30 000 inhabitants and is located 20 km south from Palermo. It is on mountains and has a marvelous city view over the capital, and it is also famous for its cathedral which comes from the 1200s. 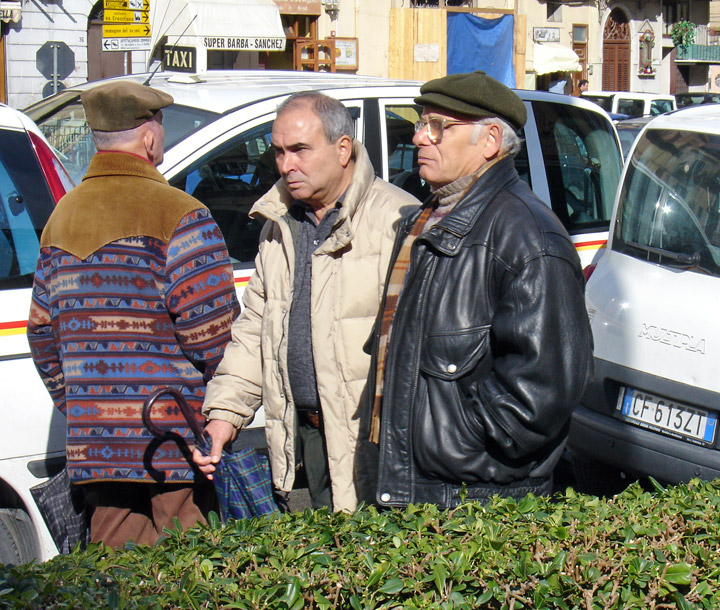 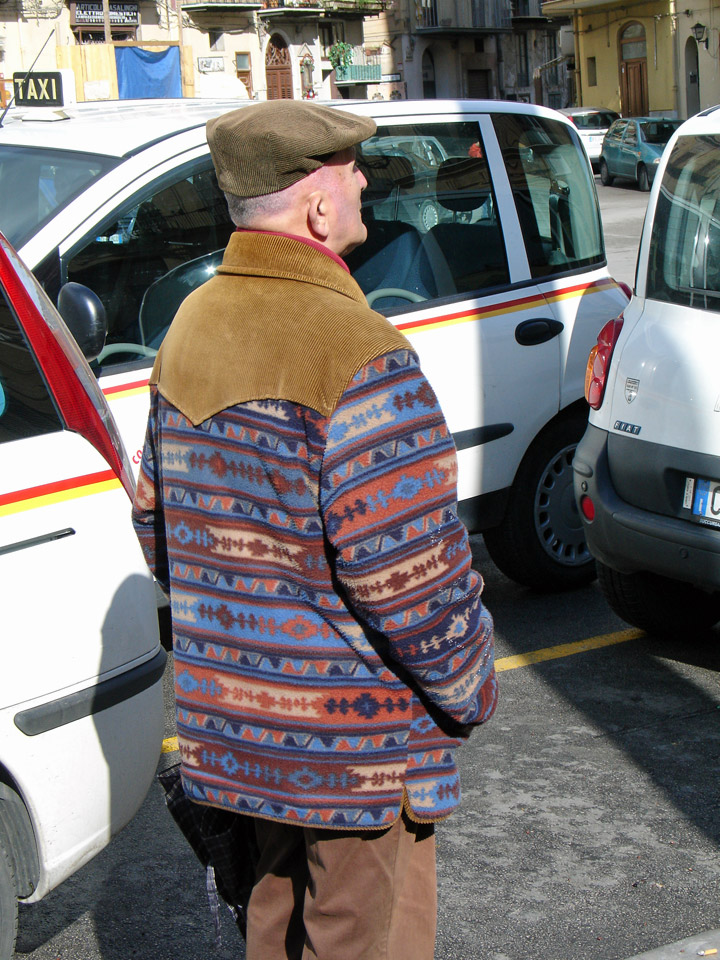 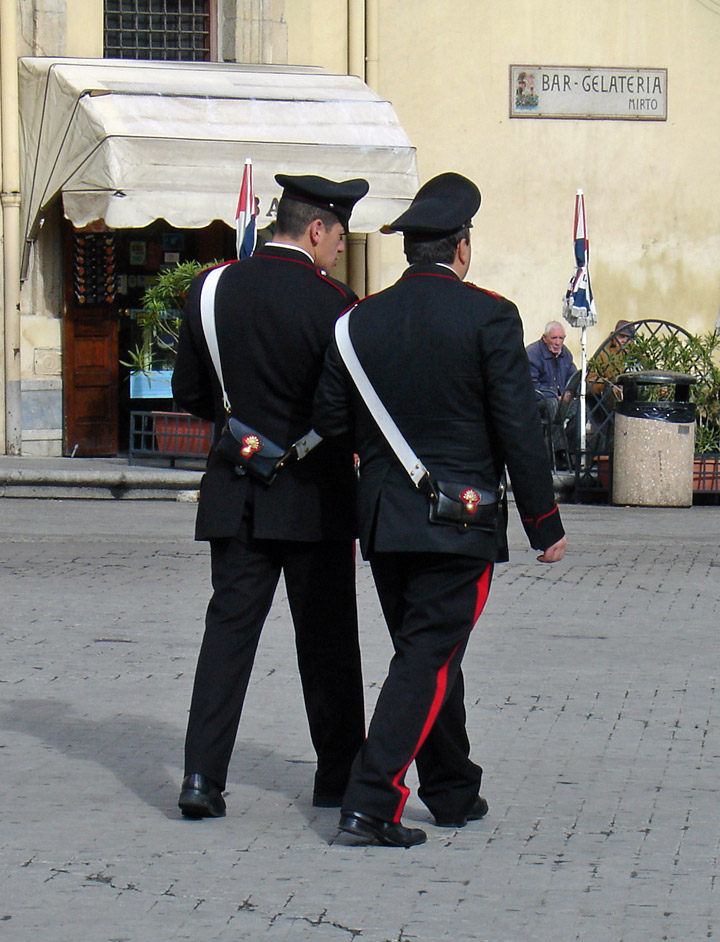 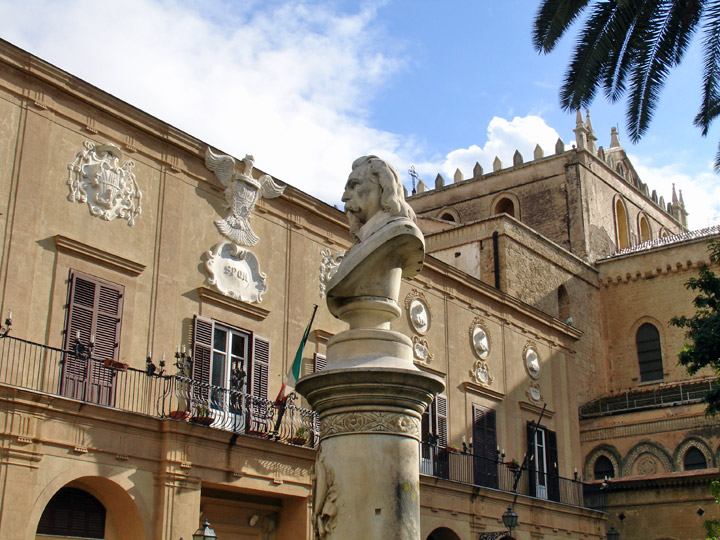 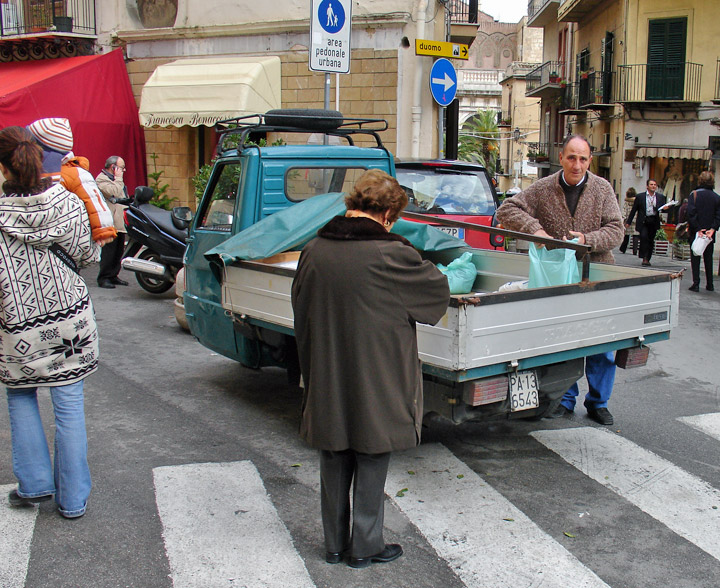 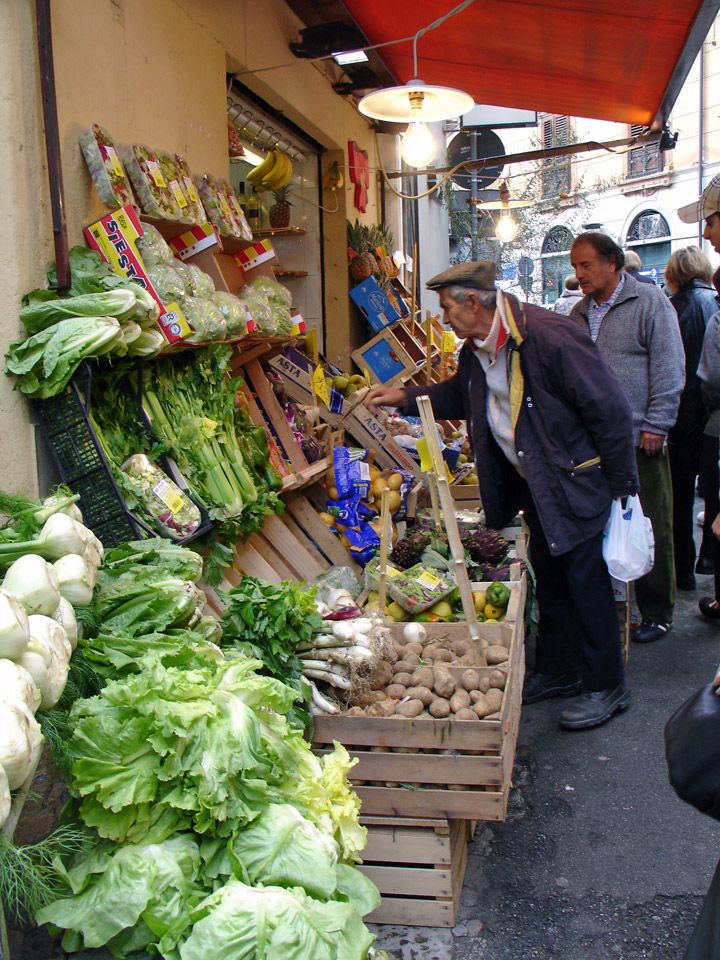 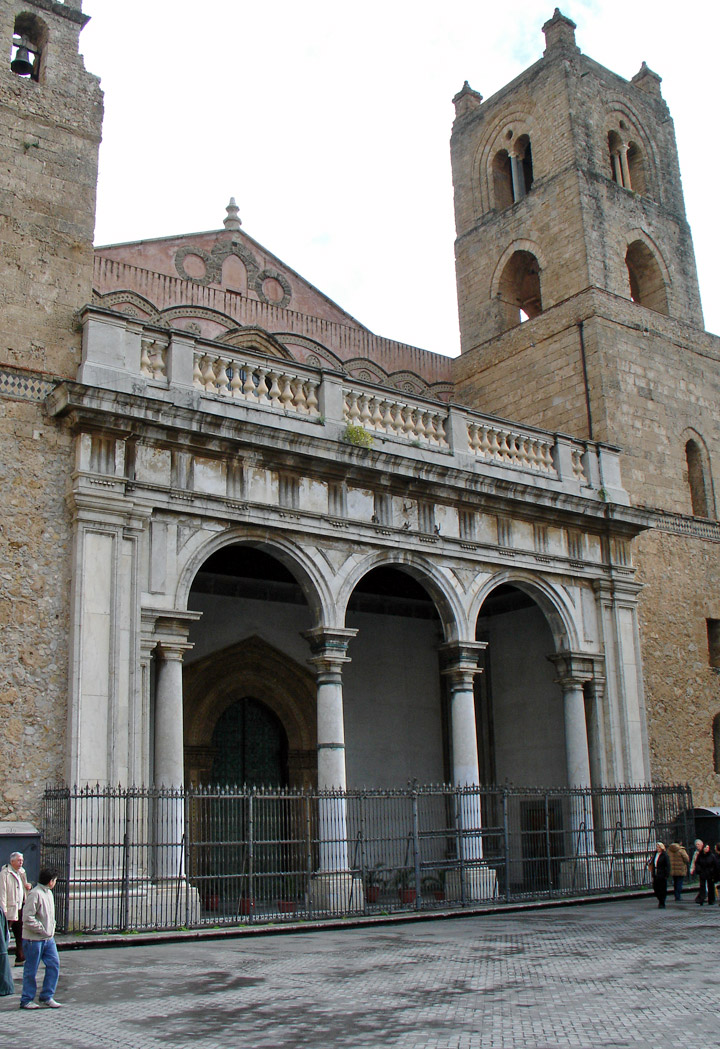 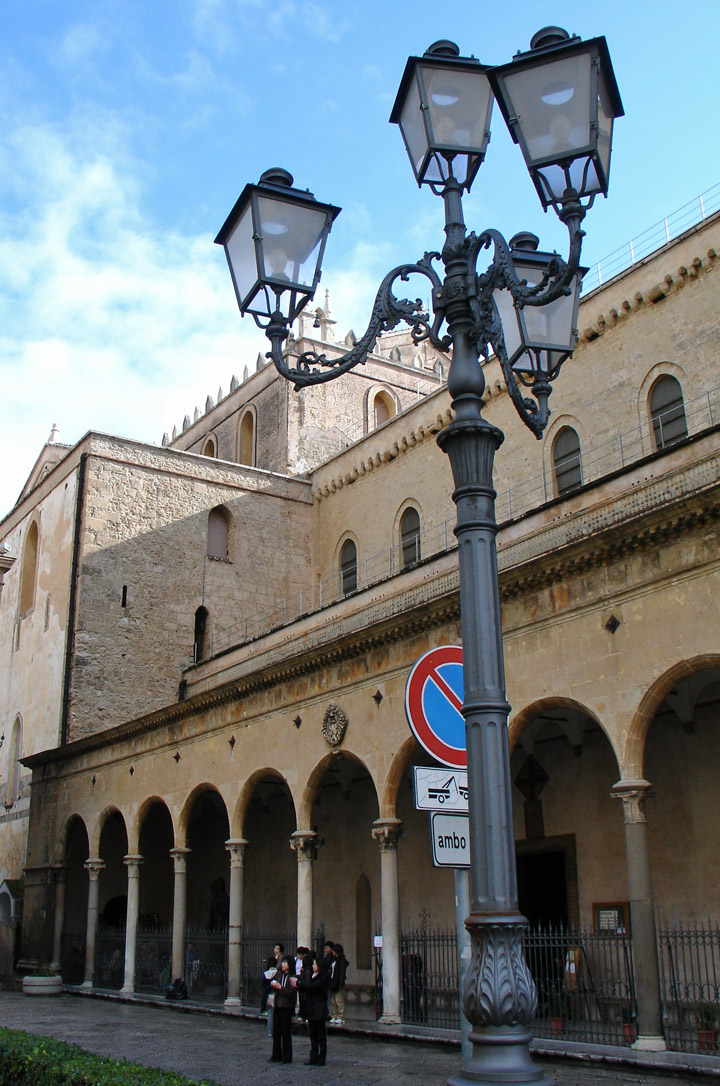 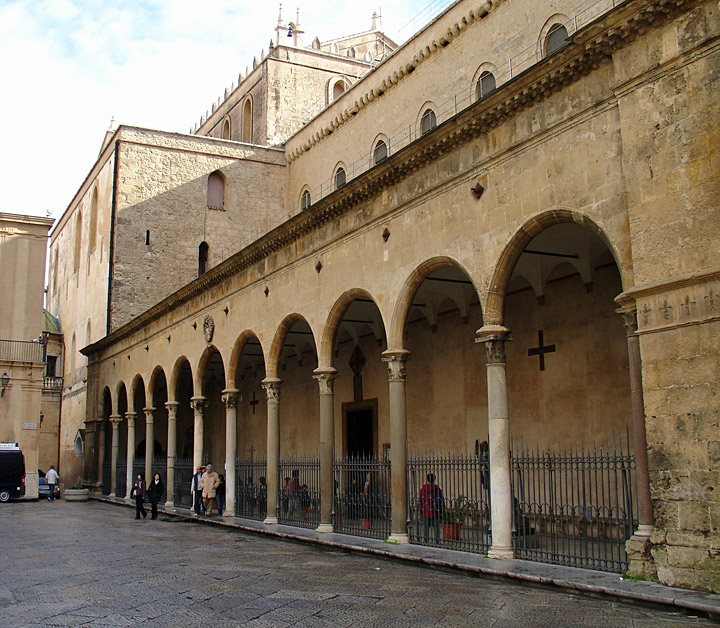 side entrance to the cathedral

Two large basilicas are among the highpoints of this Sicilo-Byzantine flowering: the cathedral of Cefalù (c. 1148) and the church of Monreale, the last of the mosaic churches of Sicily (c. 1180–90).

My Photos from Cefalù

Demus has pointed out the extraordinary homogeneity of style and technique in the Monreale mosaics, which constitute the largest decoration of this kind in Italy. He has also shown that the Monreale mosaics are not executed in the refined and softly curved style that dominates in Cappella Palatina and at Cefalù. Monreale is infused with a more agitated and expressive style which, however, has nothing local or provincial about it. It was the late Comnenian style of Constantinople which had then reached Sicily—a testimony to the unbroken artistic contact that existed at this time between the Norman court and Byzantium. 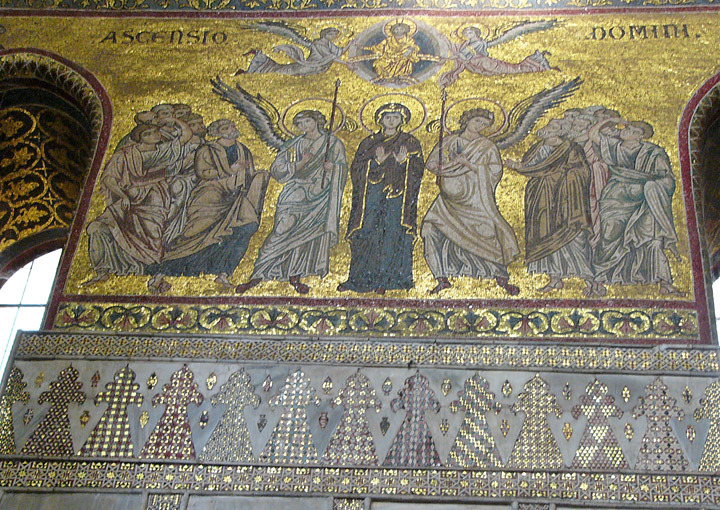 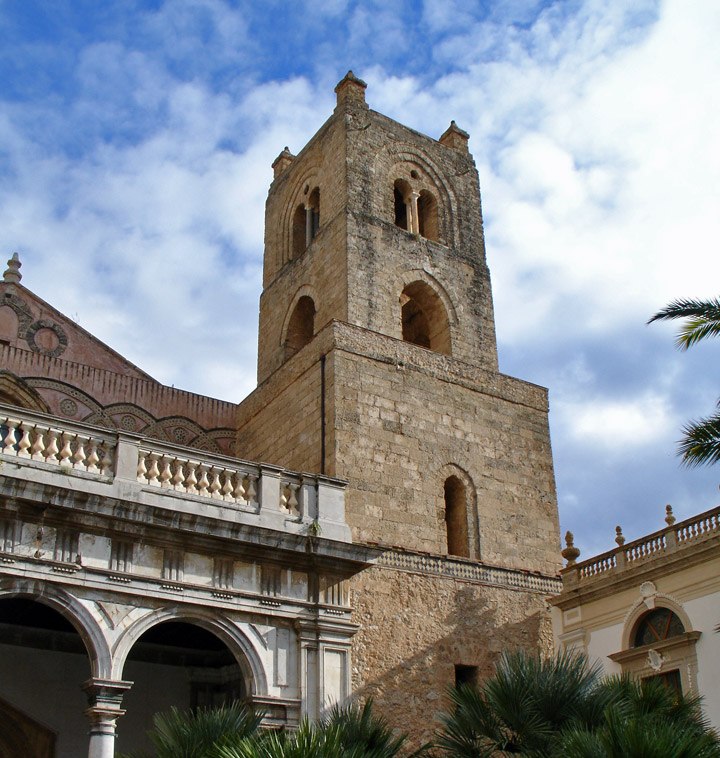 the Norman tower of the cathedral 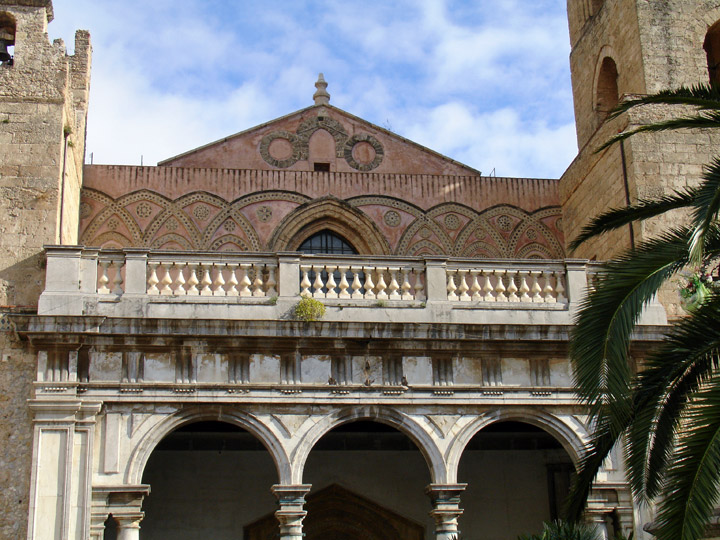