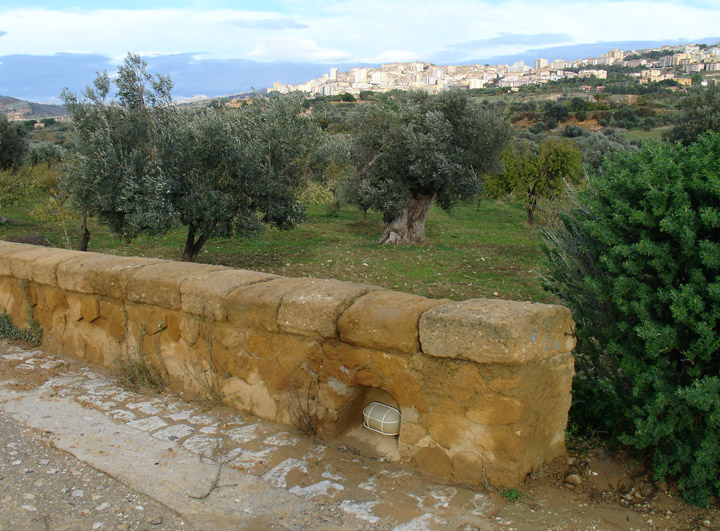 the town of Agrigento on the hill behind the olive trees

Agrigento (Latin Agrigentum; Greek Akragas), city, Italy, southern Sicily, capital of Agrigento Province, on the Mediterranean Sea. The city is a tourist and an agricultural center; manufactures include processed cement, sulfur, and furniture. The city has ruins of some 20 Doric temples (6th and 5th century BC) and an archaeological museum. 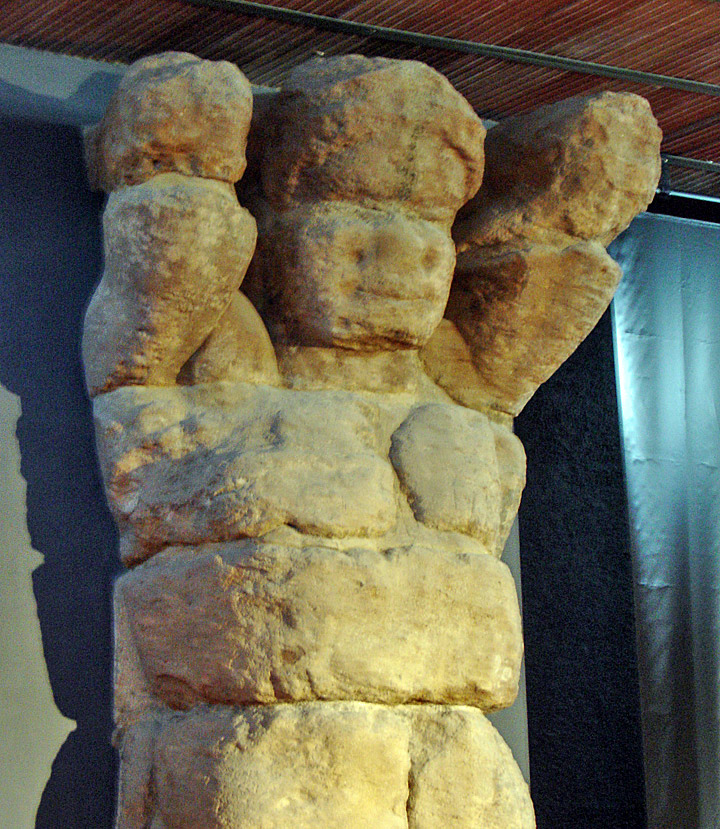 Photos from the Archaeological Museum

Photos from the Temple of Zeus

Agrigento was founded by Greeks from the city of Gela about 582 BC and became an important trading and cultural center with a population of about 200,000. After 406 BC, when it was sacked by a force from Carthage, the city (then known as Akragas) declined in importance, although it remained large. In 262 BC it was incorporated into the Roman Empire and became known as Agrigentum. It was called Girgenti from the early Middle Ages until 1927, when the name was officially changed to Agrigento. Population 55,877 (1997 estimate). 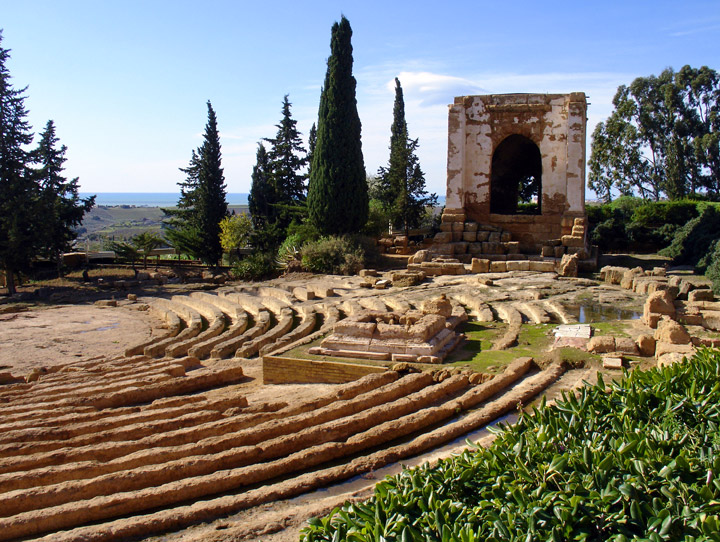 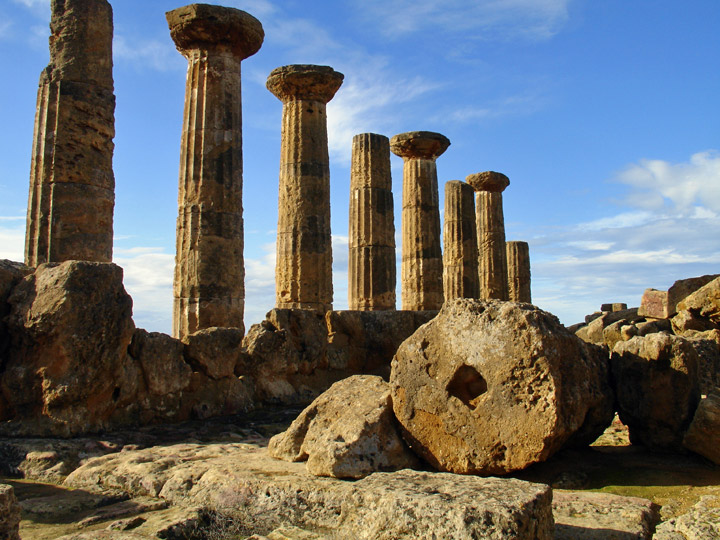 the temple of Hercules

More Photos of the Temple of Hercules 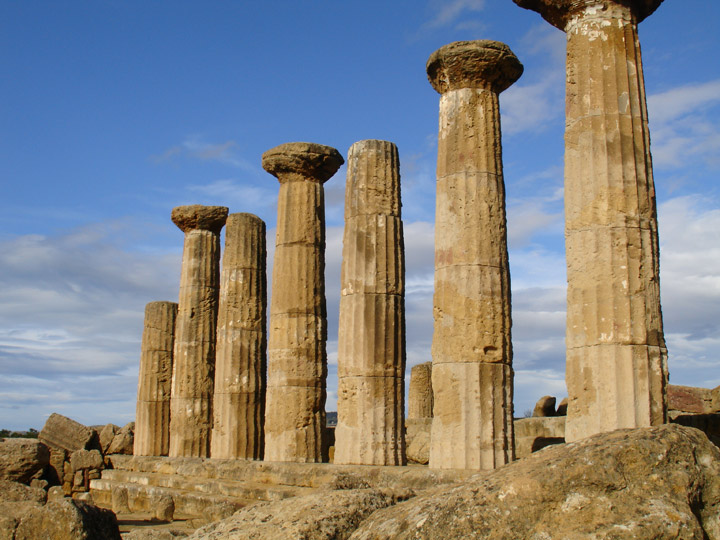 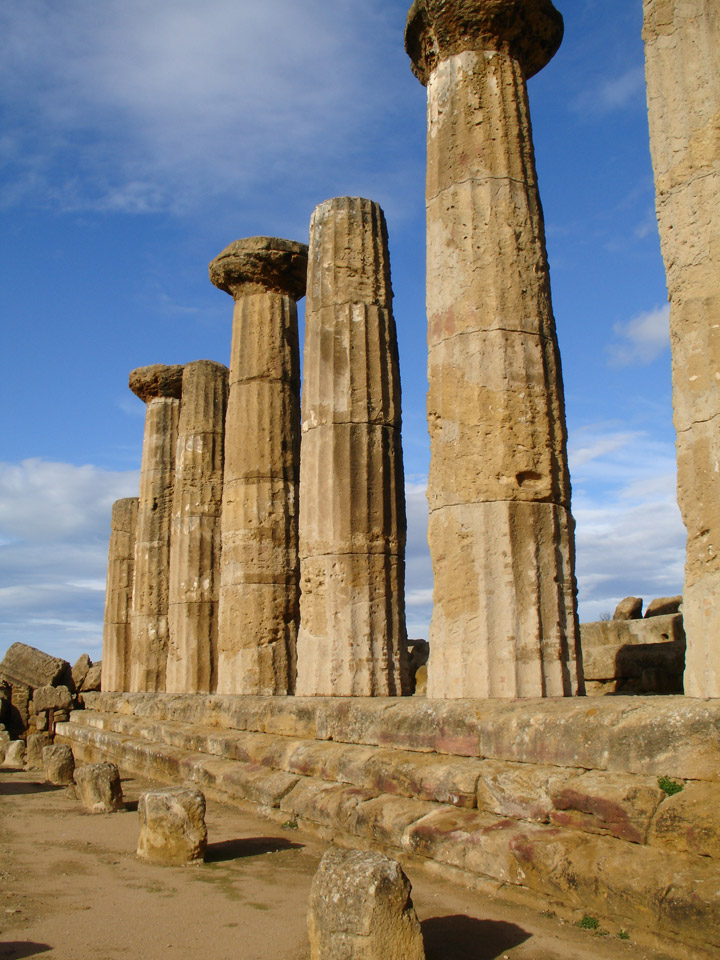 The Ridge Tuft Rock and
Roman and Byzantine tombs 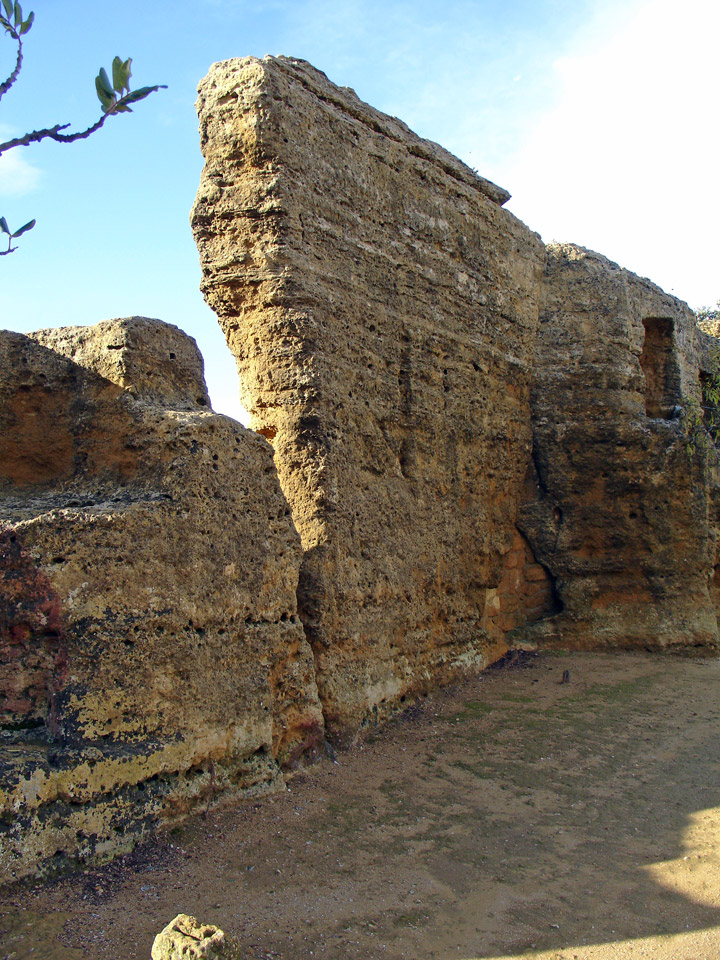 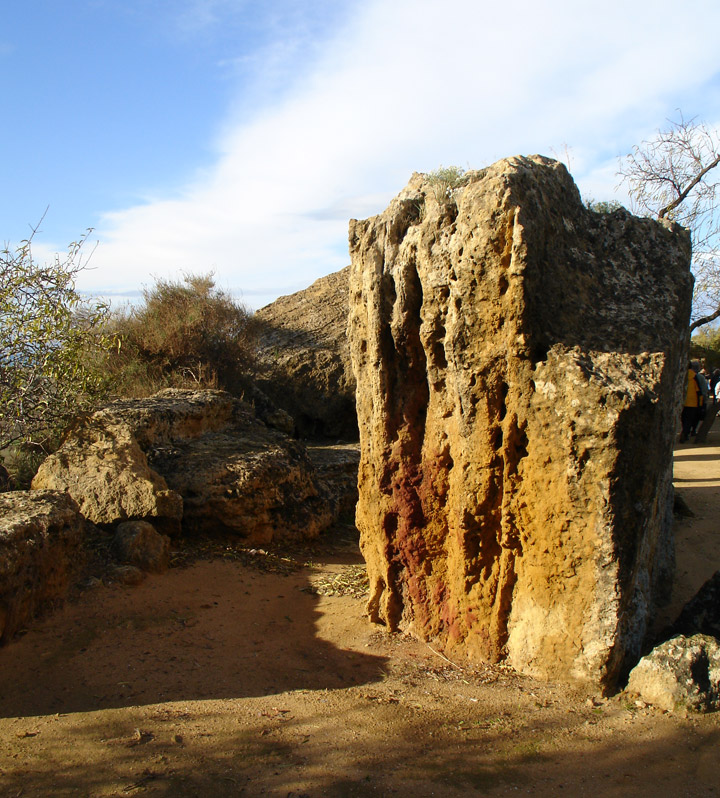 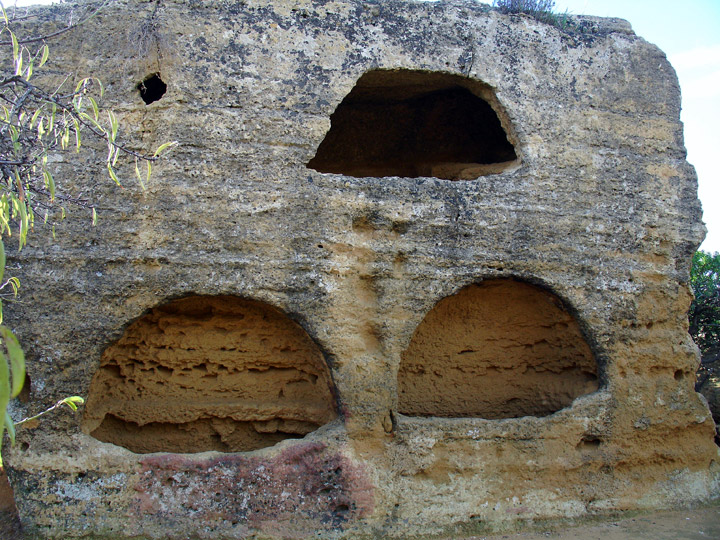 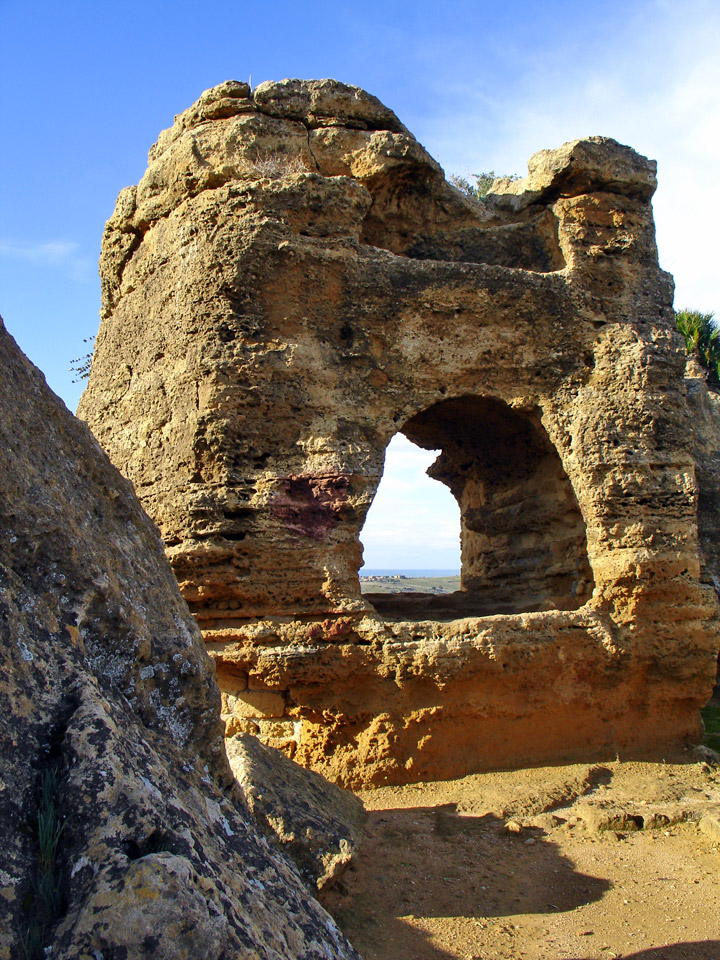 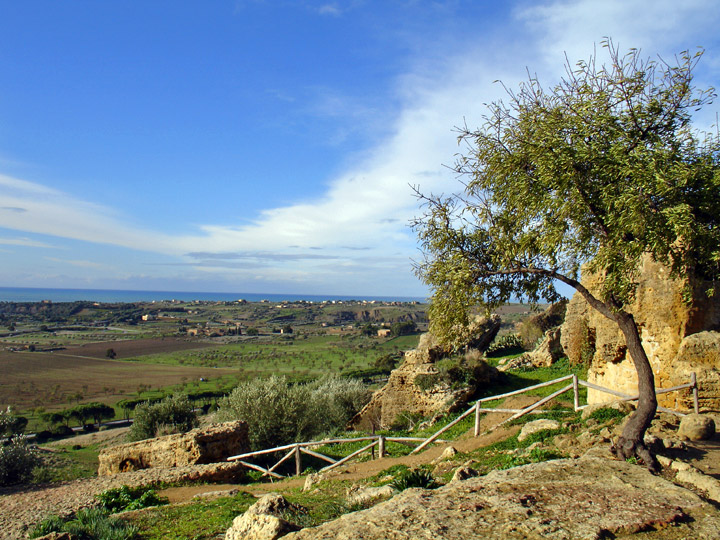 looking from the ridge to the sea 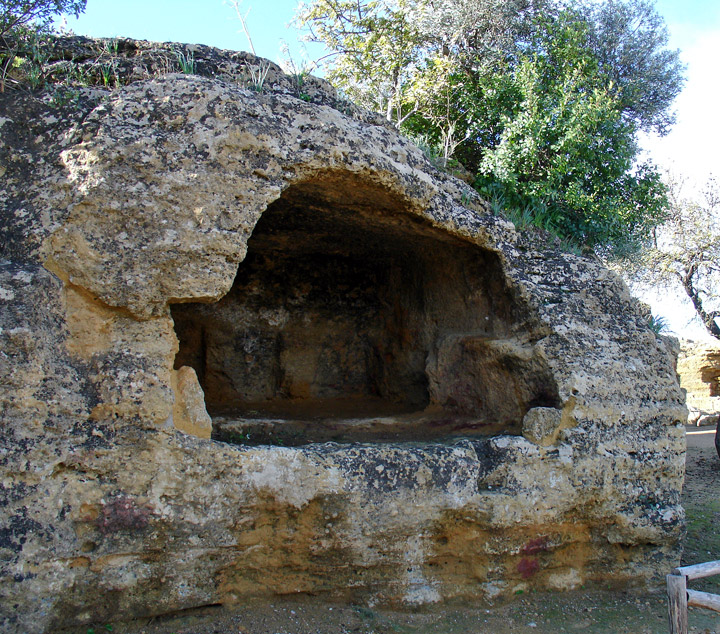 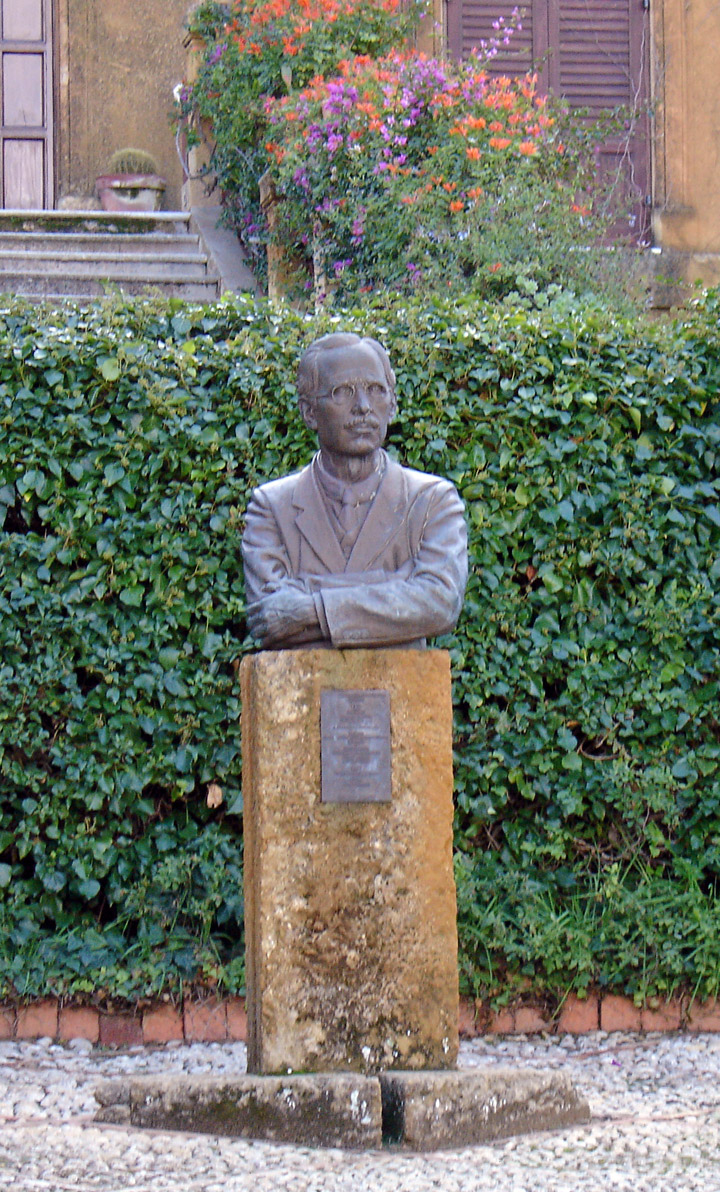 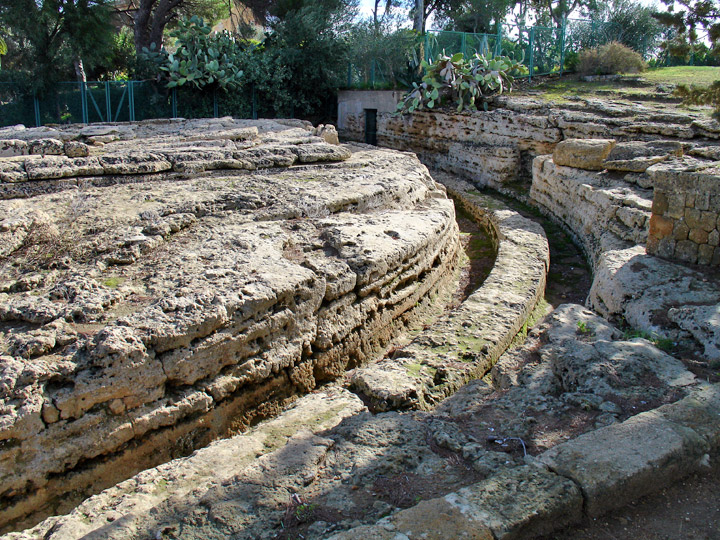 remains from Greek and Roman times 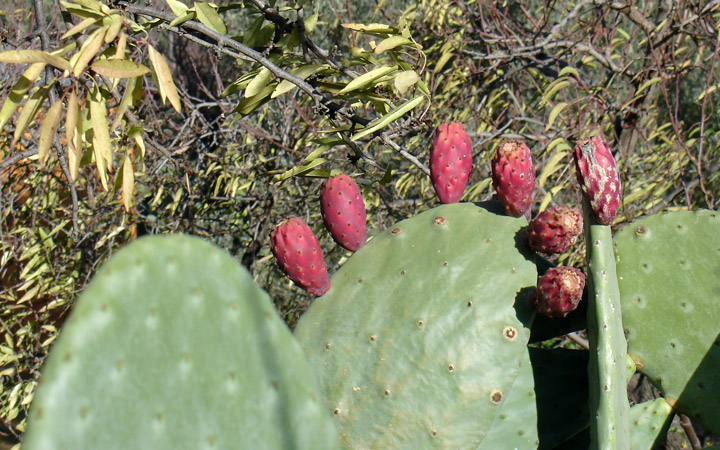 fruit of the cactus 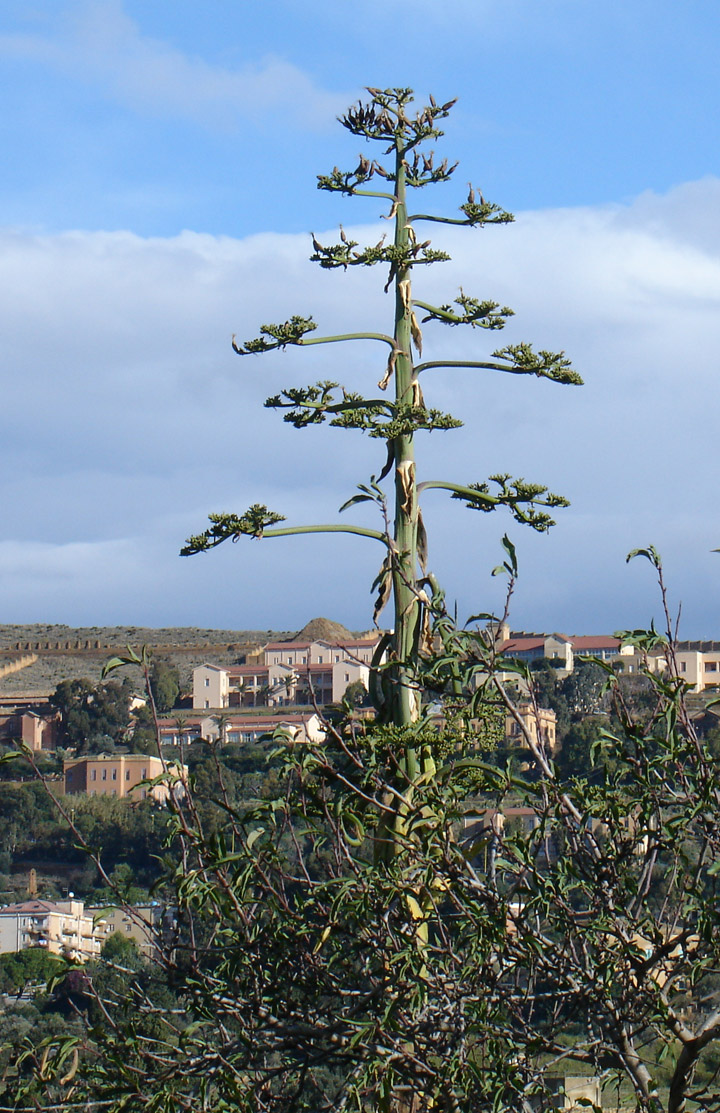 flower of the yucca 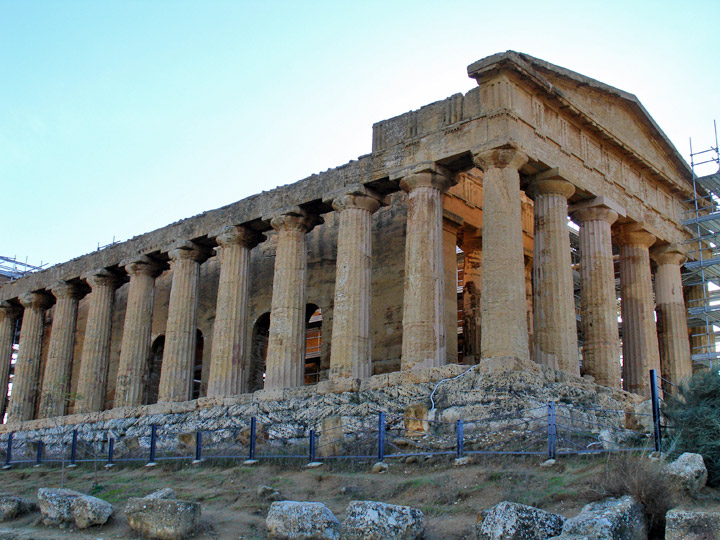 The temple of Concorde is the only temple still standing in its whole. It was built in 430 BC, and in the 6th century BC it was changed into a sacred building. You can still see the arches included in the central cell walls. Here there are massive tapered columns and the frieze is decorated with triglyphs and metopes. The name Concorde comes from a Latin inscription founded nearby the temple itself. 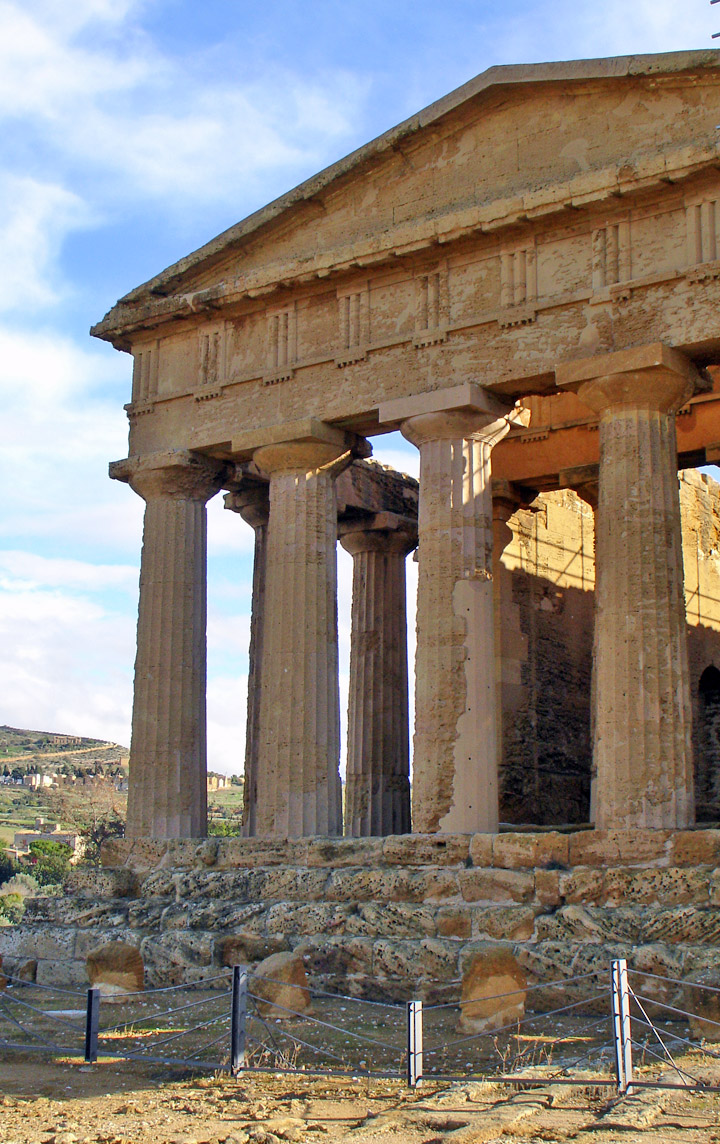 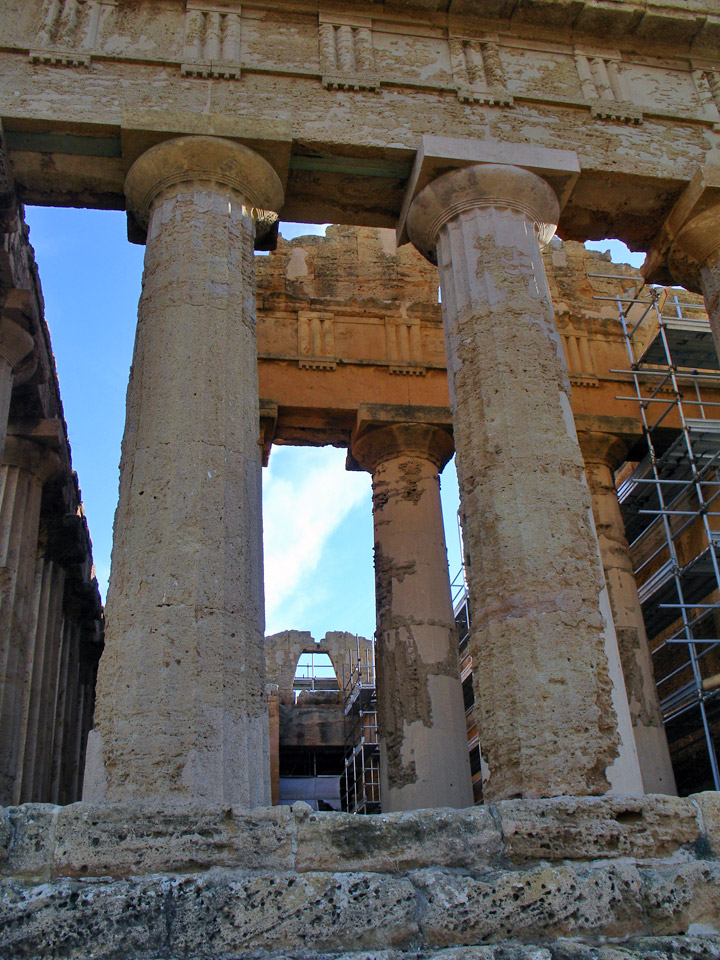 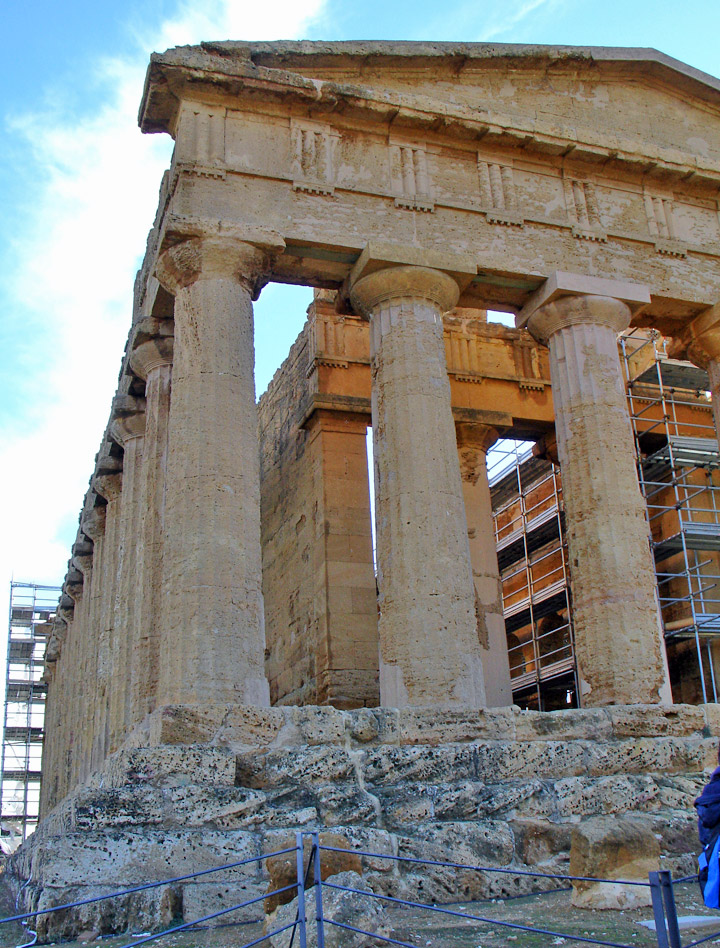 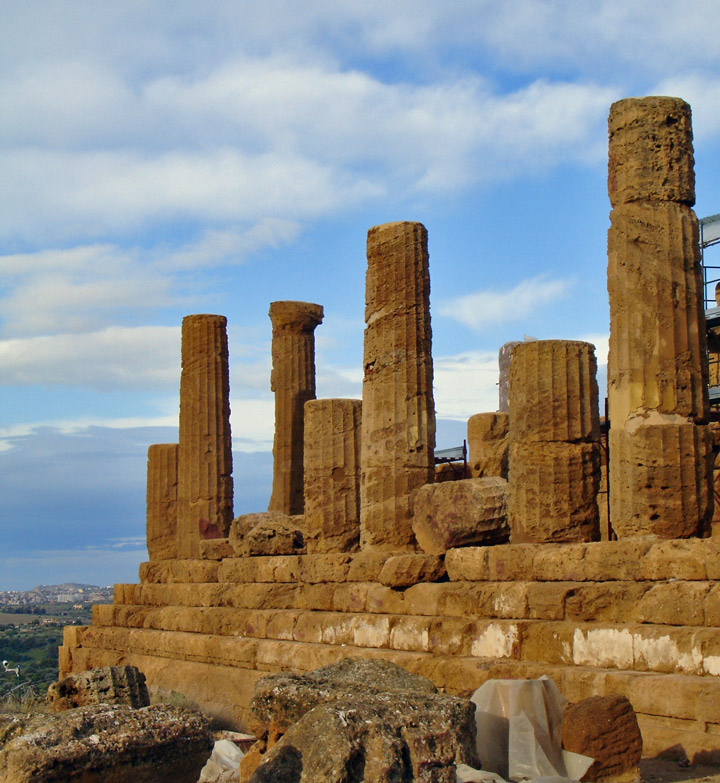 The temple of Hera Lacinia (Juno) was built around the 5th century BC and set on fire by the Carthaginians in 406 BC. It was attributed to Juno, the goddess of marriage and birth, and it still keeps unchanged the entrance cell colonnade (in part restored in the 20th century). 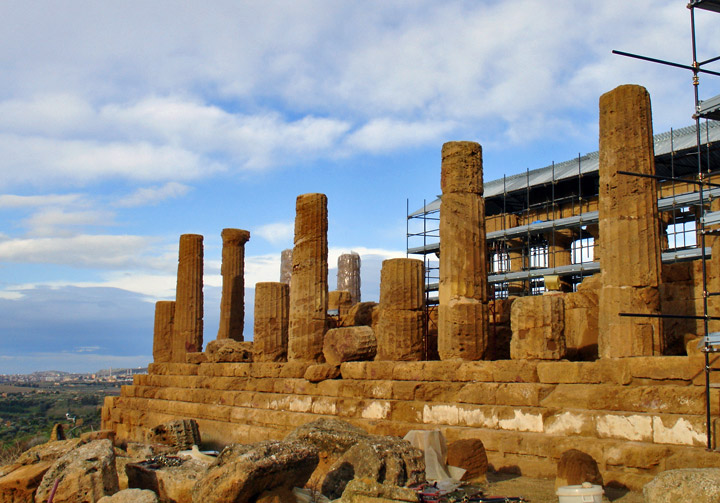 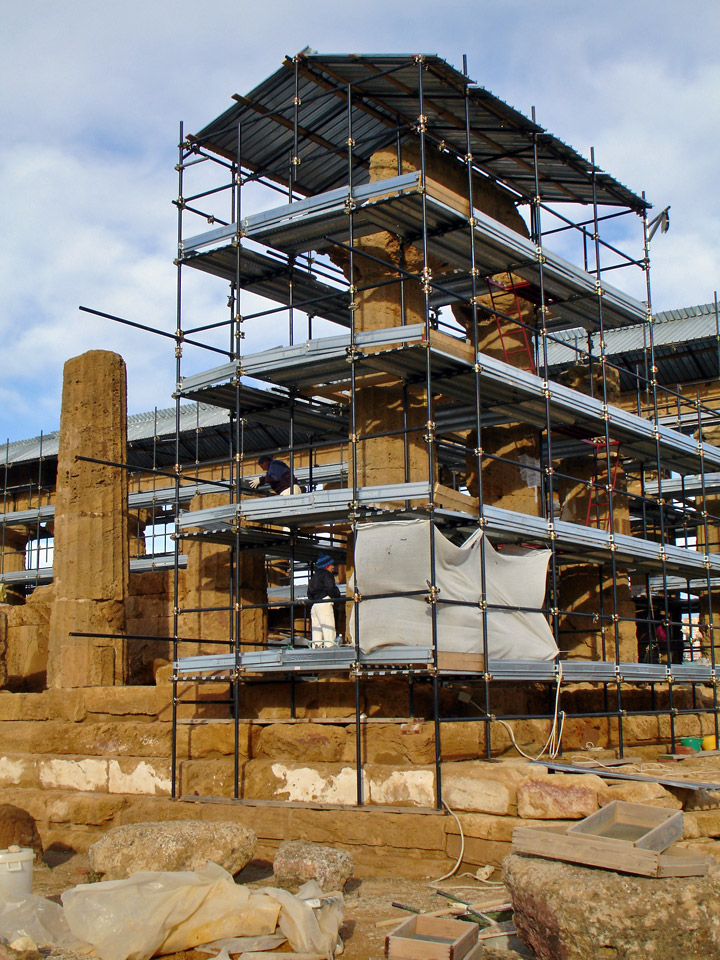 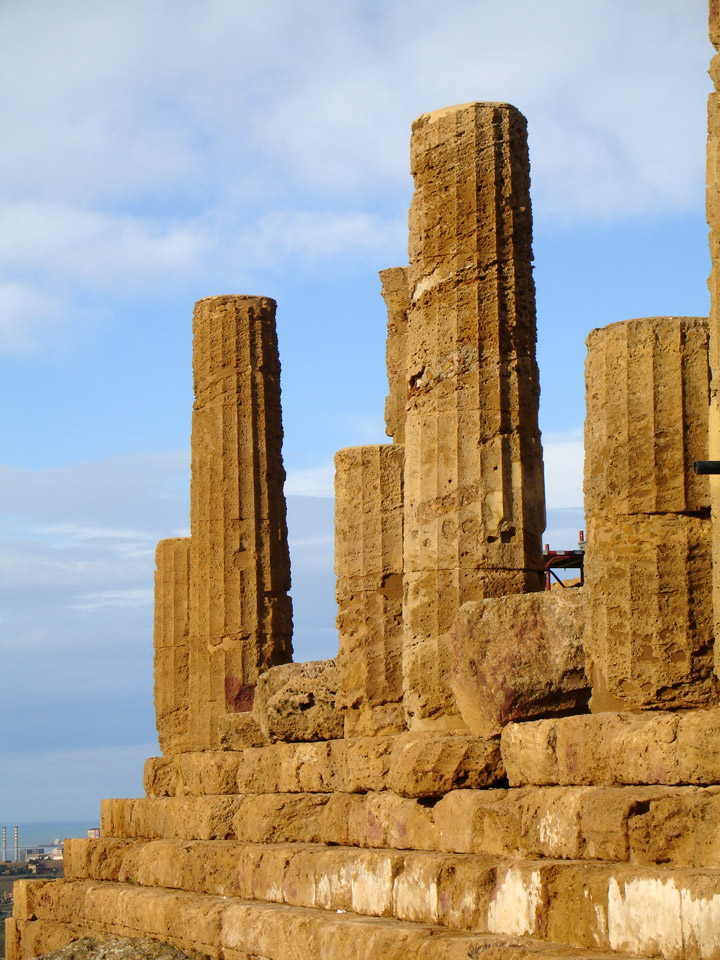 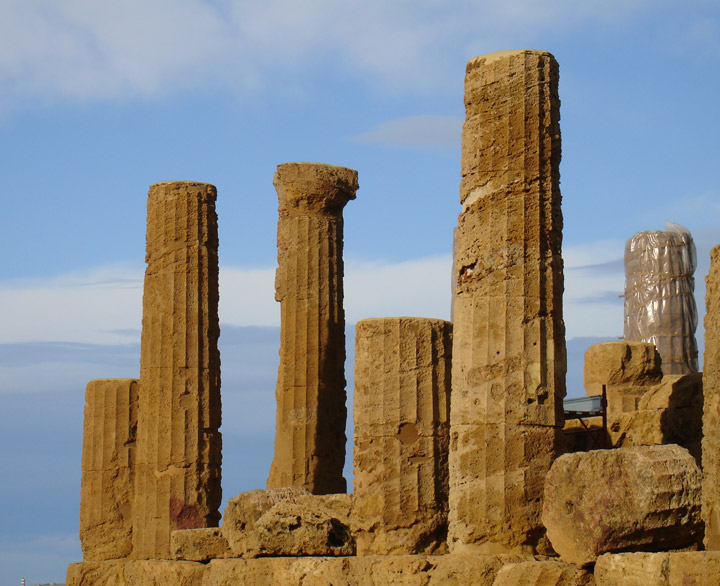 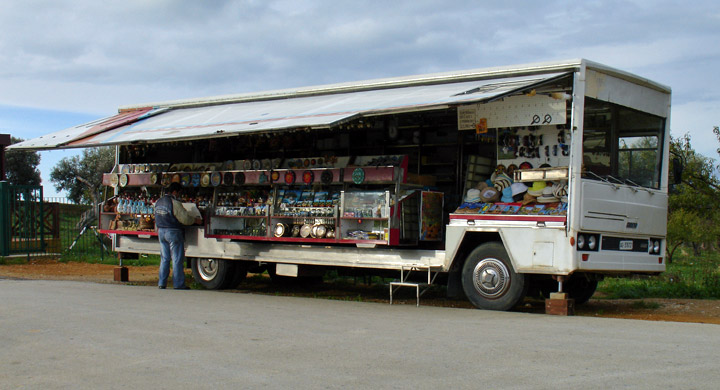 Photos of the Agrigento Heritage program