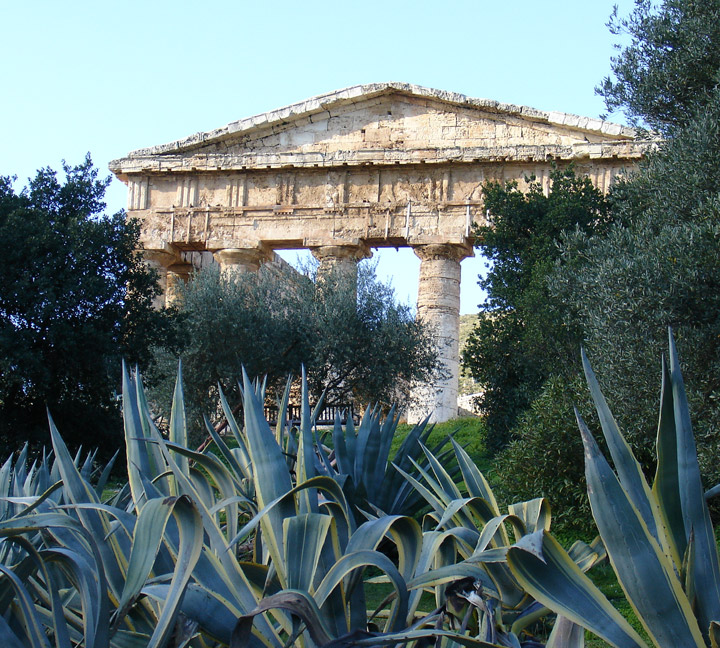 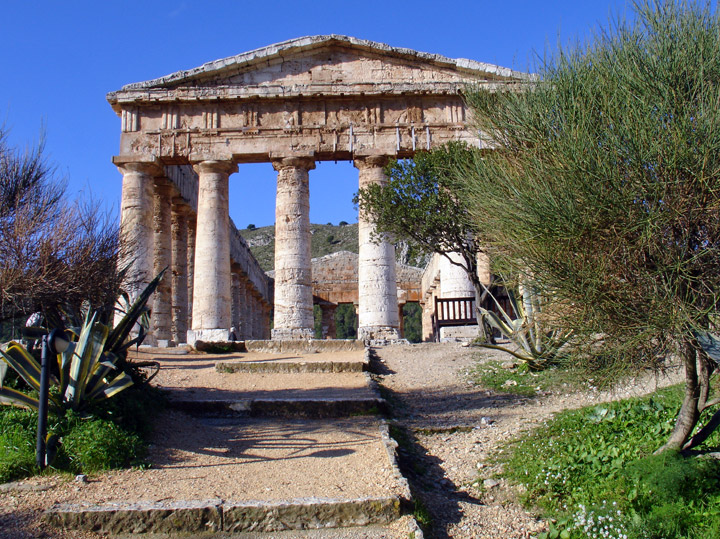 Segesta, originally Egesta, ancient city of Sicily, west of the modern city of Palermo. Although tradition attributes its foundation to refugees from Troy and connects it with the legendary hero Aeneas, the city actually was founded by the Elymi, an indigenous people who gradually were absorbed by Greek colonists. In the 5th century BC, Segesta was engaged in frequent strife with the neighboring city of Selinus. The appeal of the people of Segesta to the Athenians for aid was one of the ostensible reasons for the Athenian attack (415 BC) on Syracuse, which sided with Selinus. A later appeal to the Carthaginians resulted in the destruction of Selinus in 409 BC and a long war between the Carthaginians and the Greeks. Agathocles, tyrant of Syracuse, captured Segesta in 307 BC, but it soon regained its freedom. In the First Punic War (264-41 BC), the inhabitants of the city allied themselves with the Romans. The site was abandoned in the Middle Ages. The ruins include a large theater and an unfinished temple, one of the best-preserved Doric temples in Sicily. 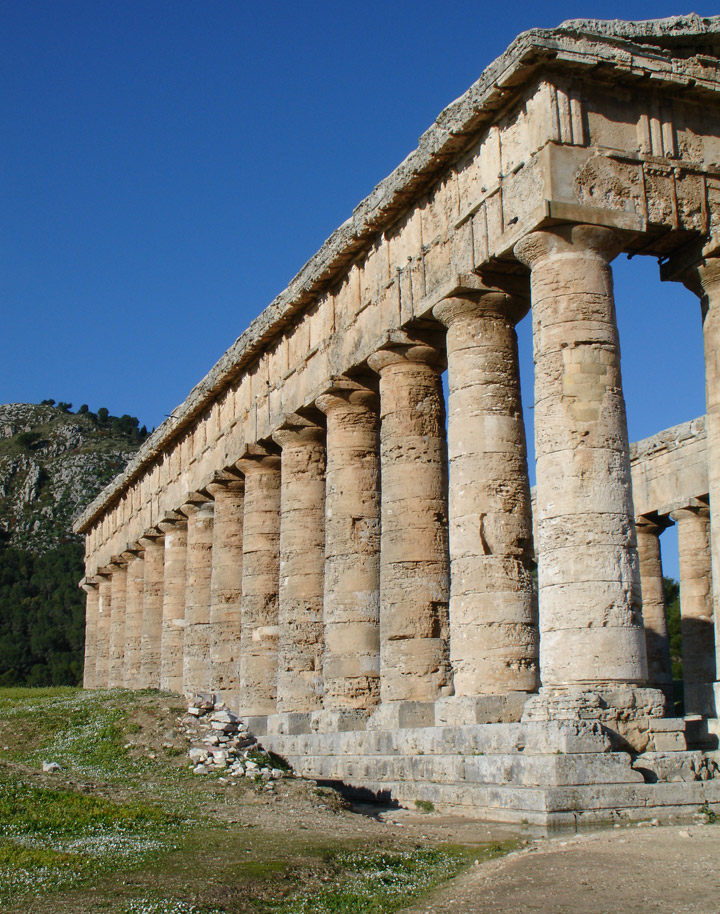 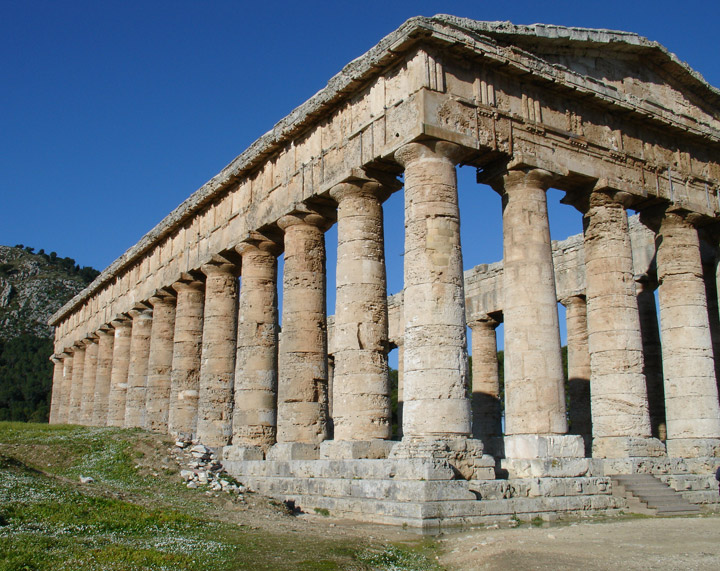 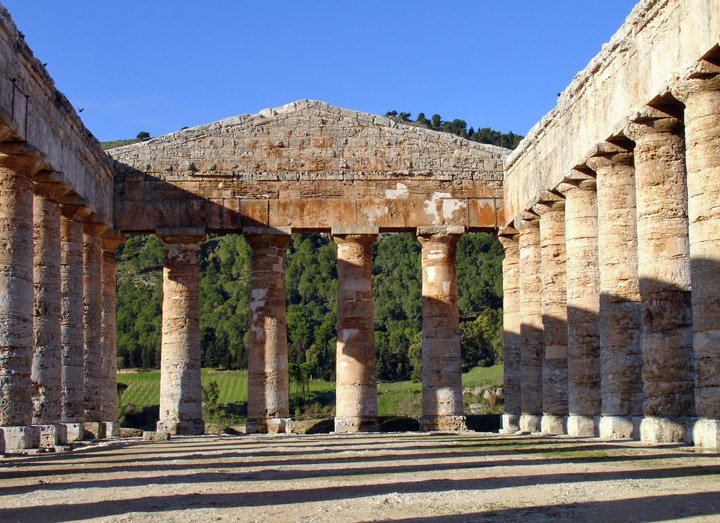 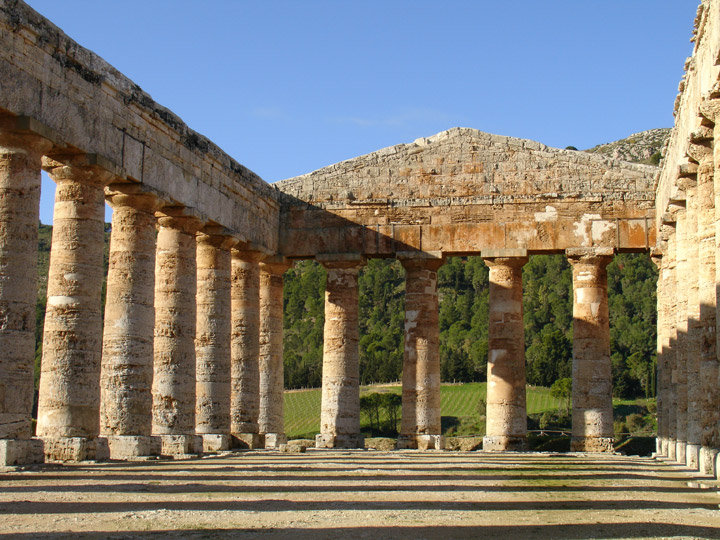 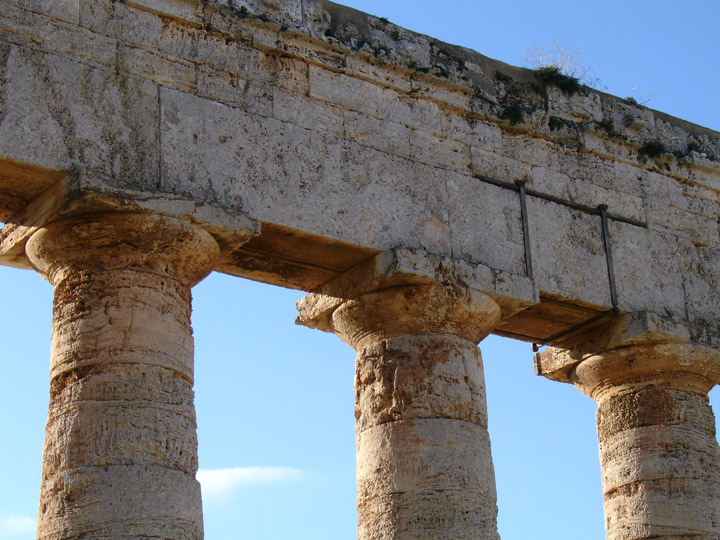 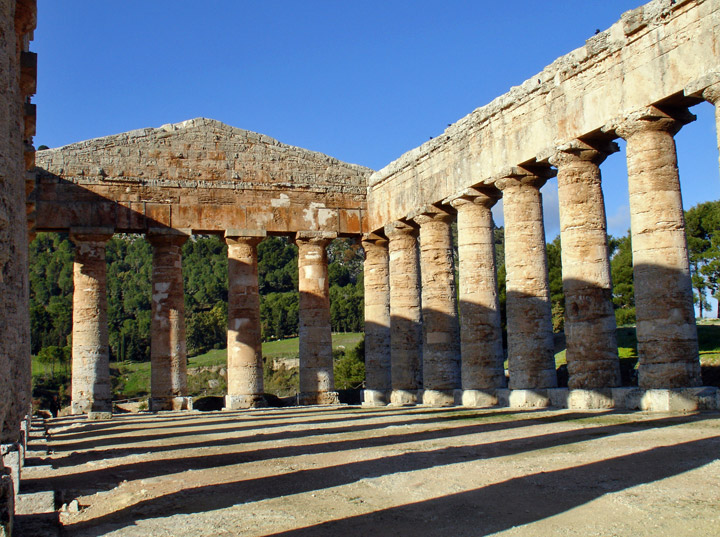 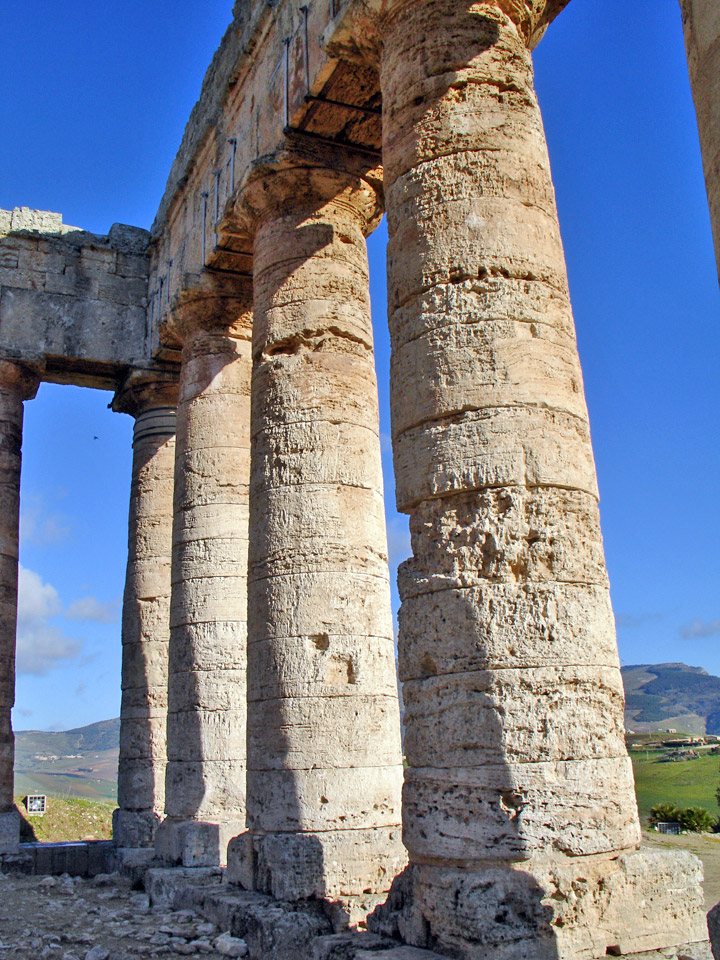 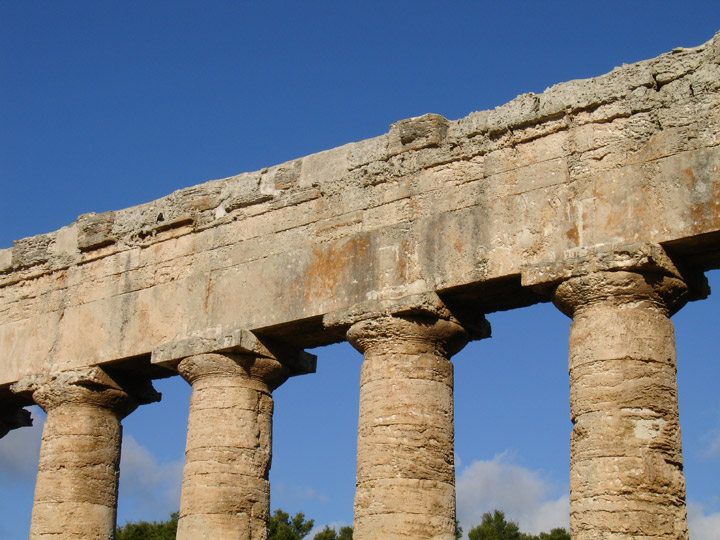 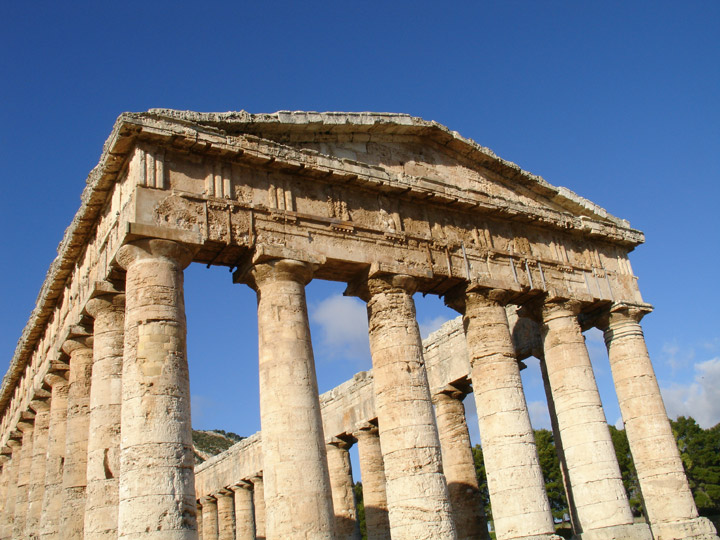 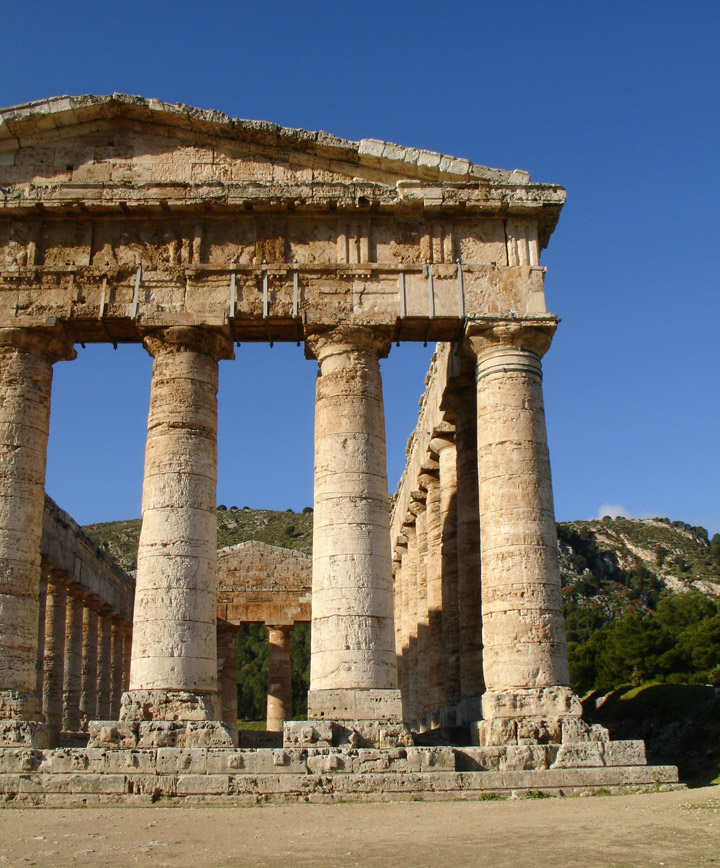 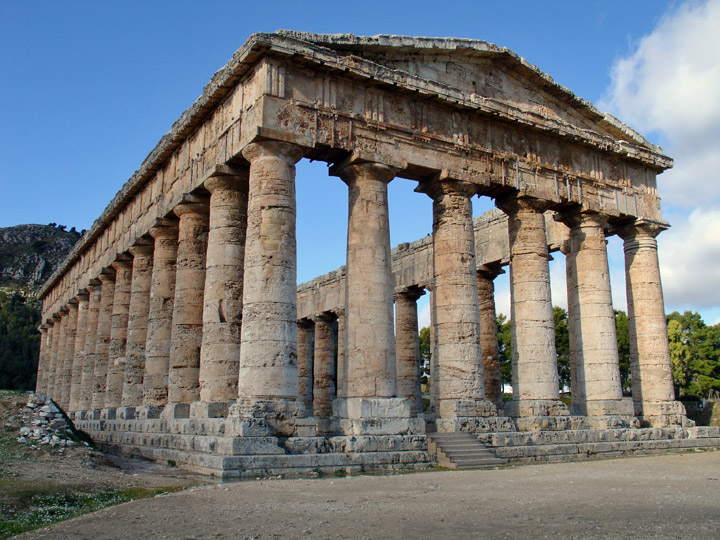 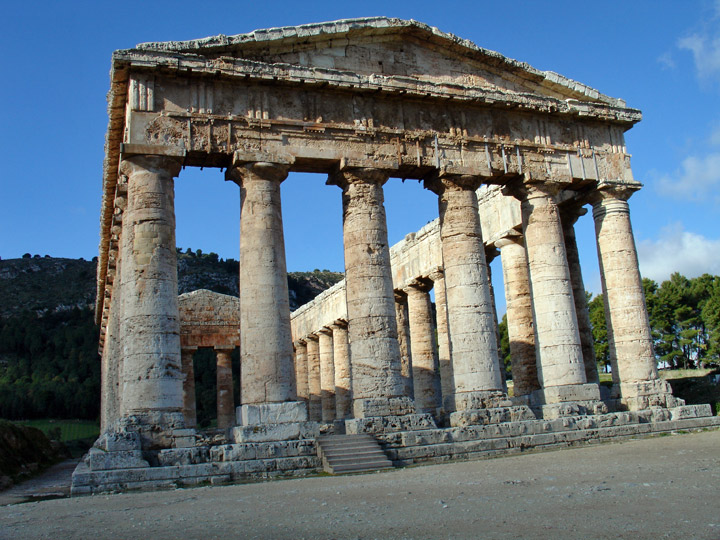 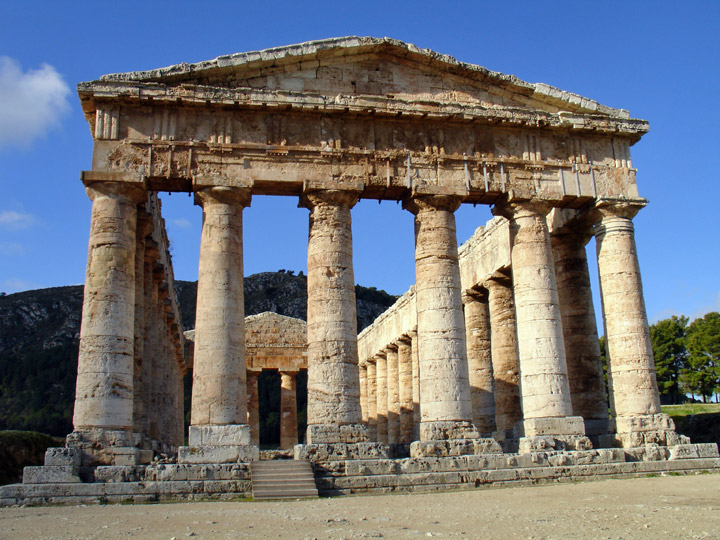 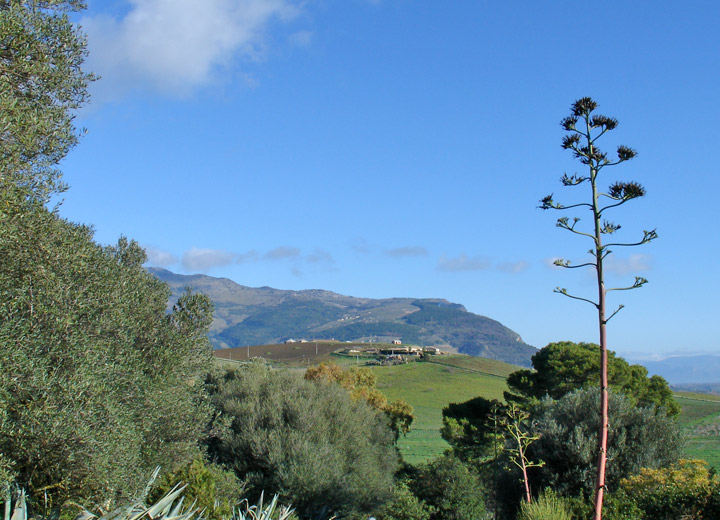