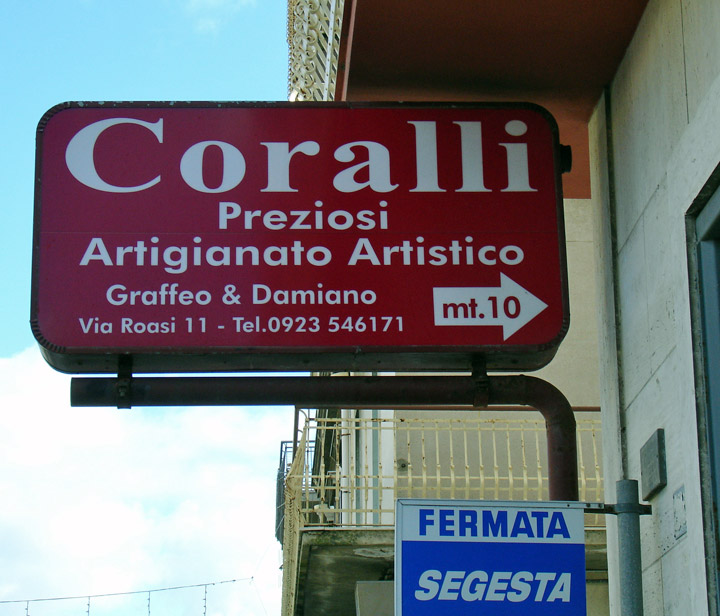 shop of the artist 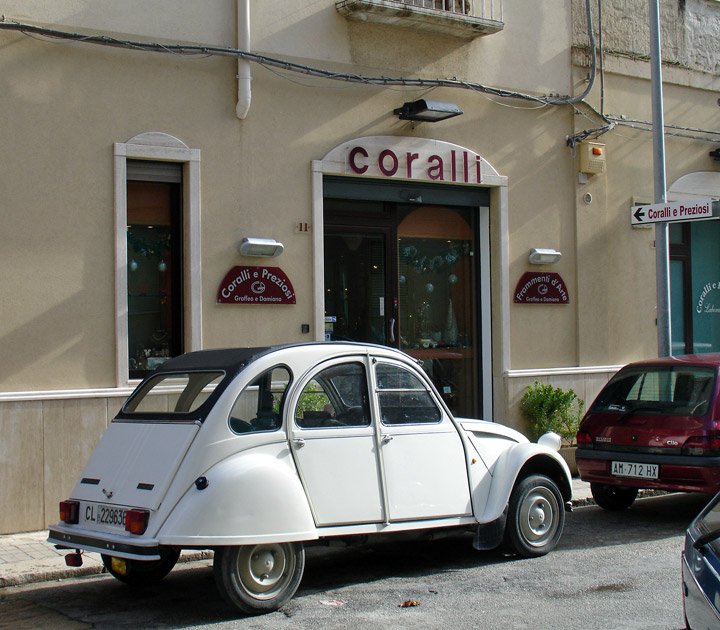 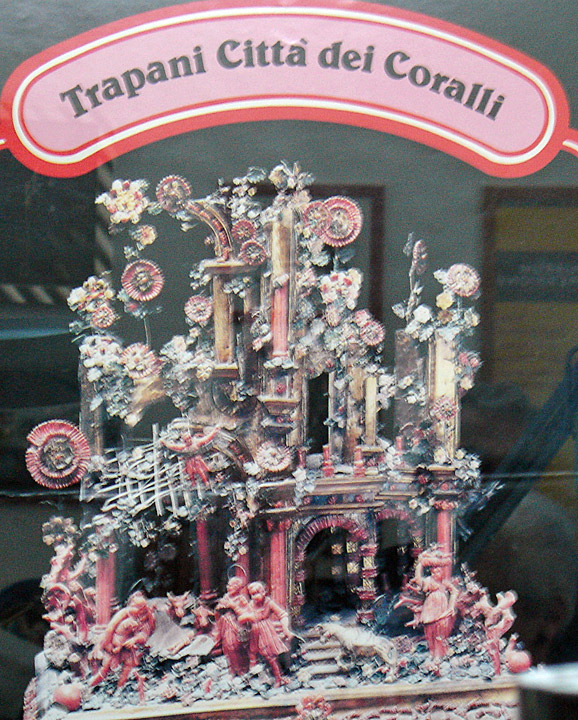 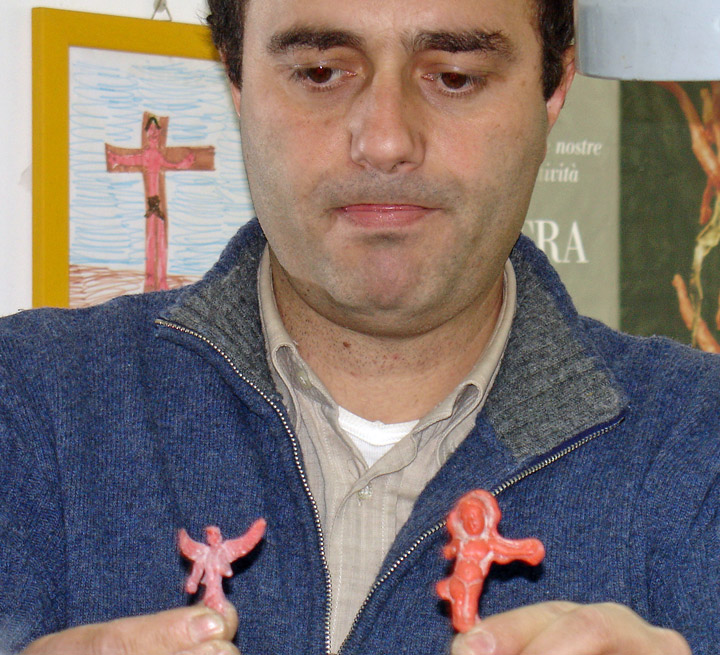 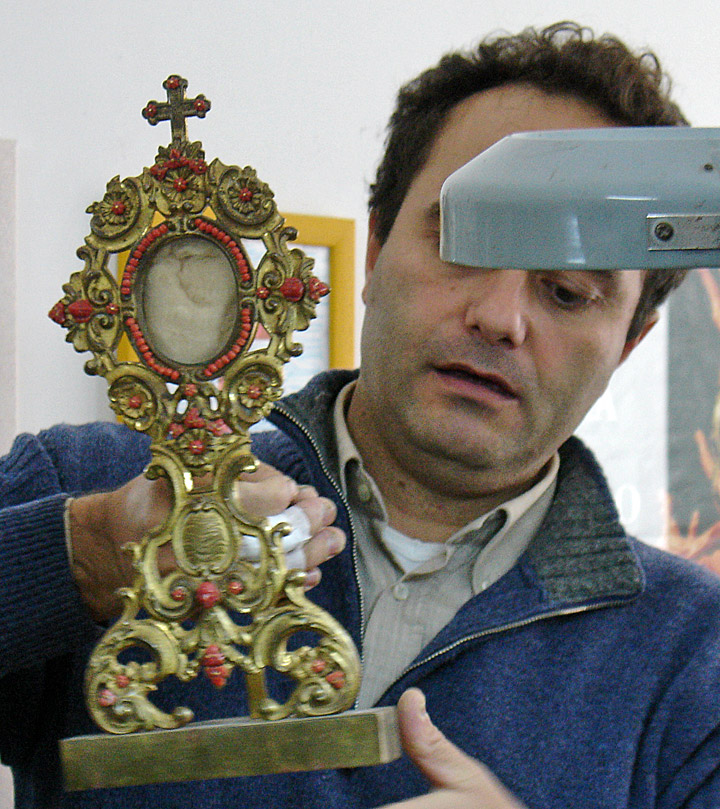 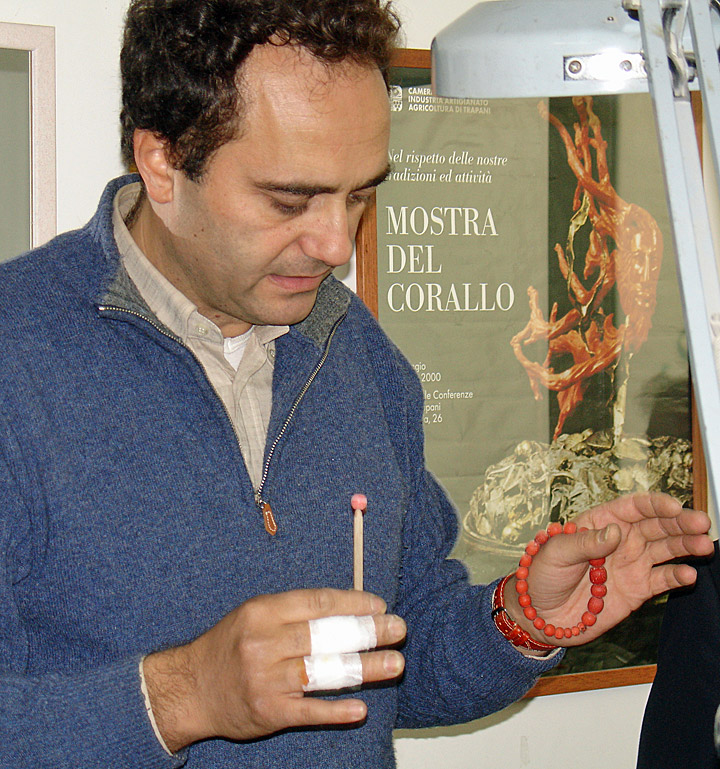 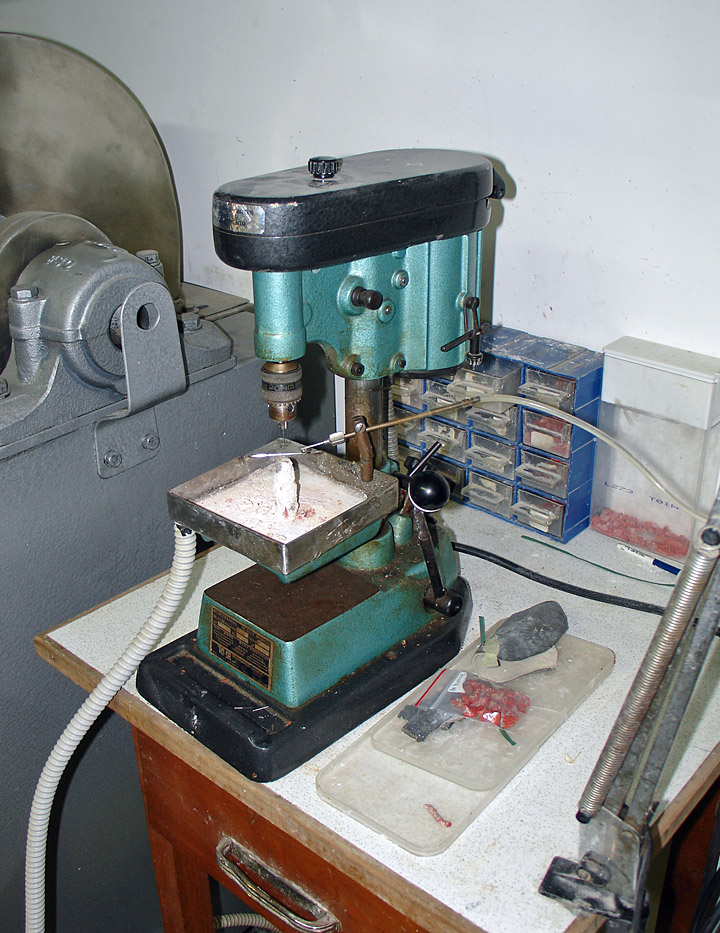 for drilling holes into the coral 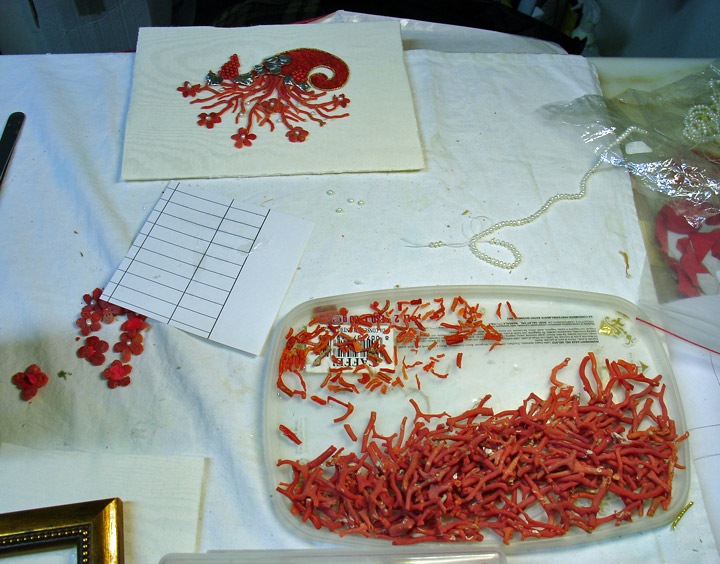 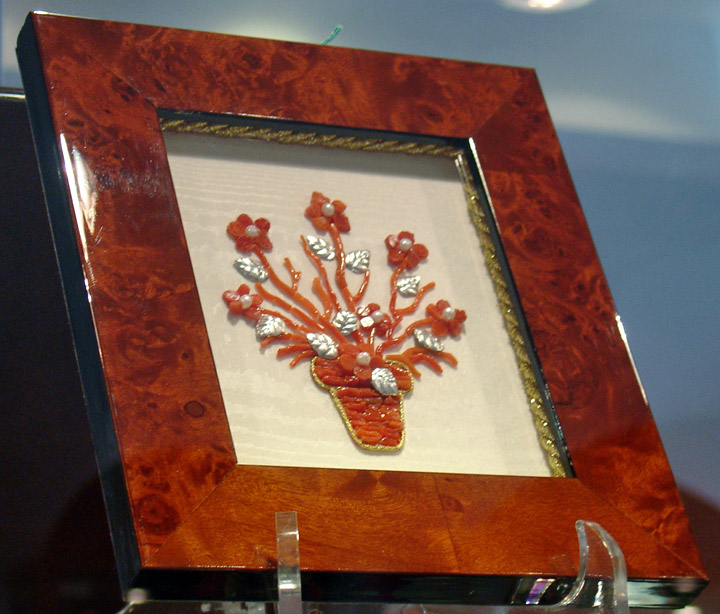 product of the artist

Trapani (city), seaport and capital city of Trapani Province, at the western extremity of Sicily, on the Mediterranean Sea. Trapani is located 74 km (46 mi) west of Palermo, on a tongue of land extending westward from the mainland for over 3 km (over 2 mi). To the northeast rises Monte San Giuliano, which was famous in antiquity as Mount Eryx. To the south stretches a wide and fertile coastal plain. The port of Trapani is historically important as the port of departure for nearby Africa, and later it was a center for trade with Egadi and other islands. 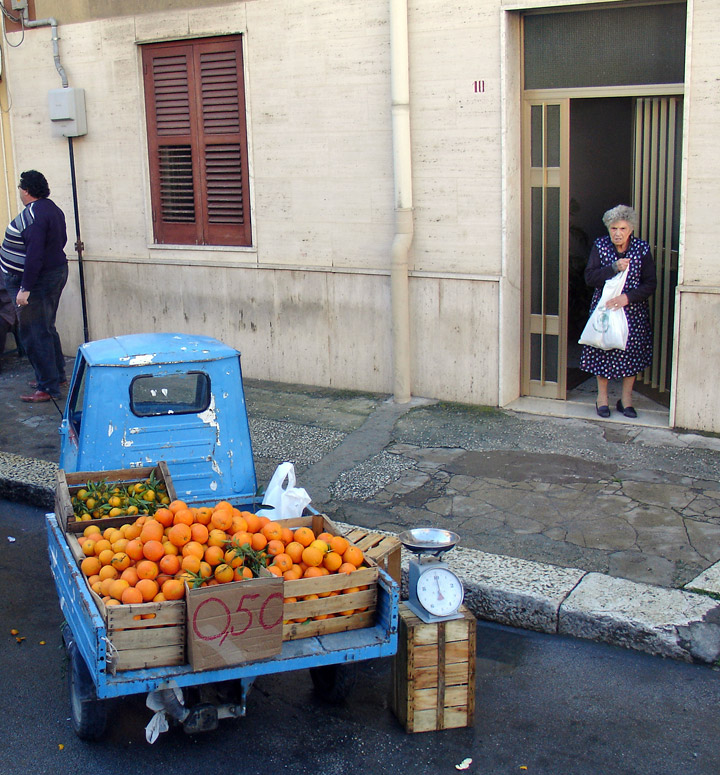 Because of its strategic location at the tip of Sicily, Trapani has been the scene of much conflict. It was founded by Carthaginians (see Carthage) as an important naval base during the First Punic War (264-241 BC), when it fell under Roman rule. When Rome's power declined, the region was invaded by the Vandals (Germanic tribe), who first landed on Sicilian soil at Trapani. After a period of Byzantine rule, Trapani was conquered in the 9th century by the Arabs, followed by the Normans in the 11th century, who made Trapani part of the Kingdom of the Two Sicilies. In June 1266 a hard-fought naval battle took place off Trapani between Genoese and Venetian forces, in which the Venetians were victorious. Trapani was one of the first Sicilian cities to revolt against control by the French Bourbon dynasty in 1848. Population (1997 estimate) 69,688. 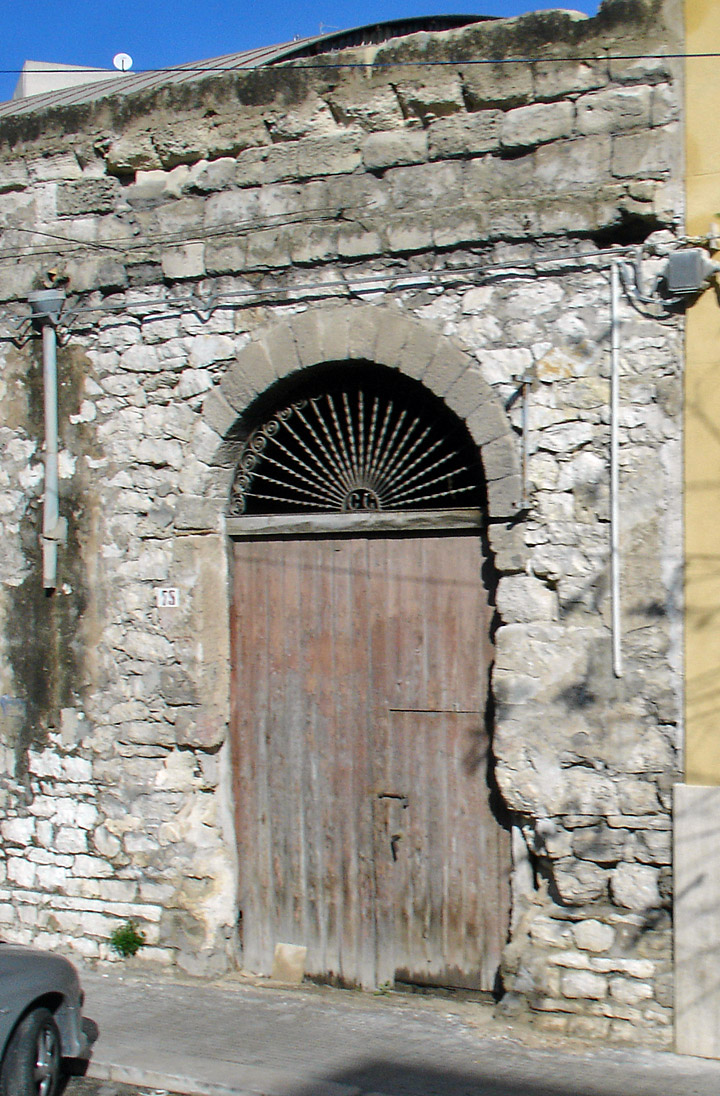