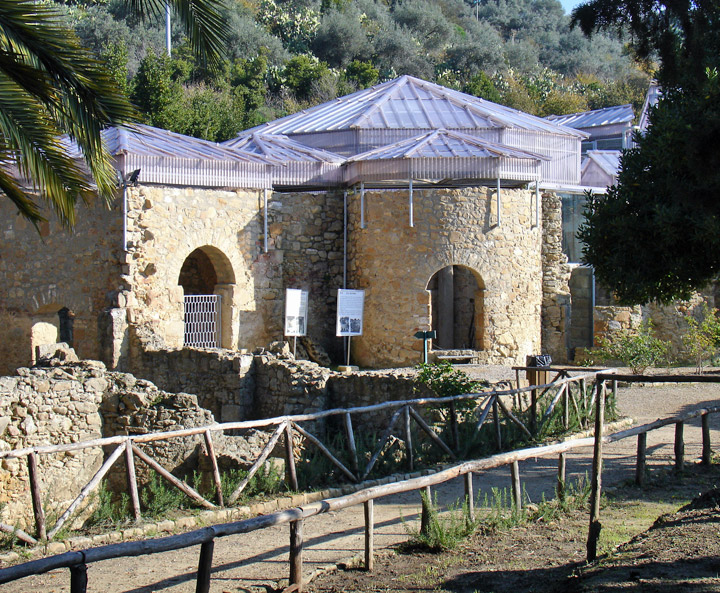 In early times floors became an important ornamental element in architecture. Mosaics, colored and glazed tiles, marbles of different colors, and inlaid wood have been used throughout history to create designs. Among famous examples of ornamental flooring are the mosaic pavements found in the ruins of a Roman villa near Piazza Armerina, Sicily. The mosaics, set around AD 300, cover an area of 3500 sq m (4200 sq yd) and are outstanding for their range of colors and their vigorous style. 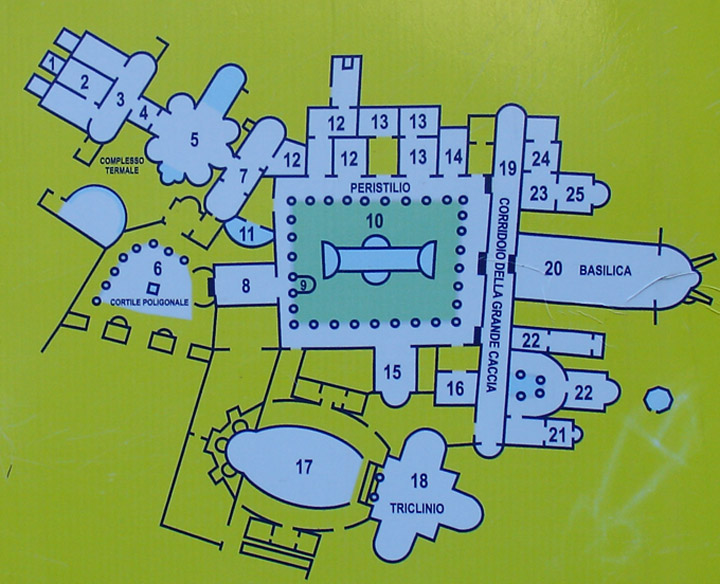 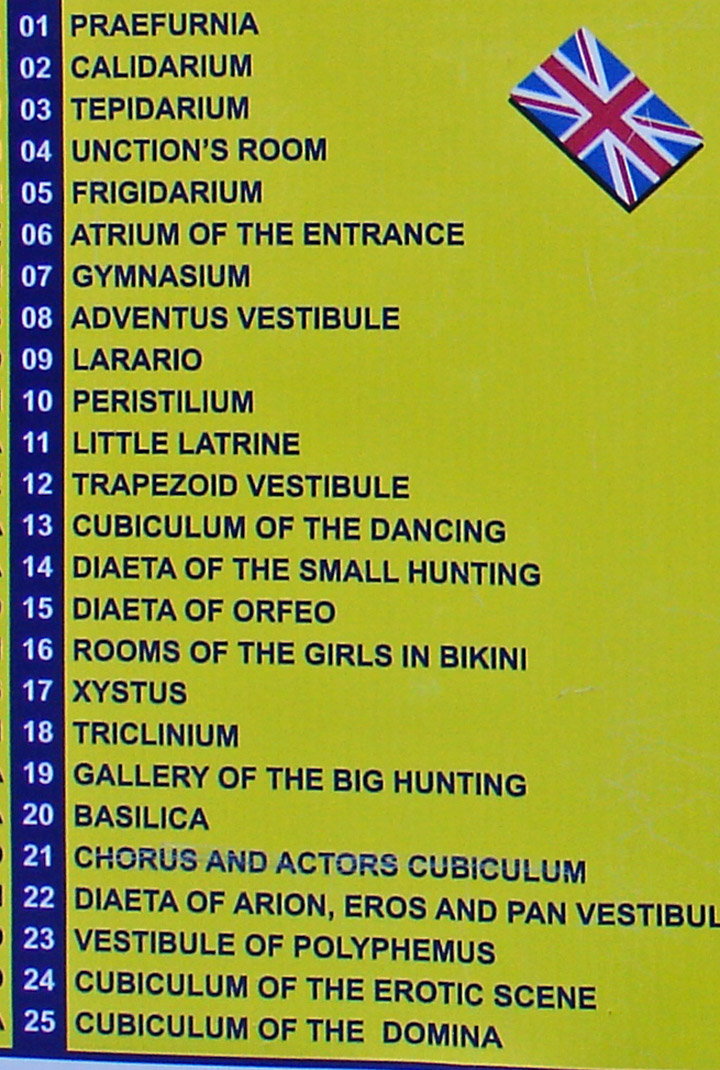 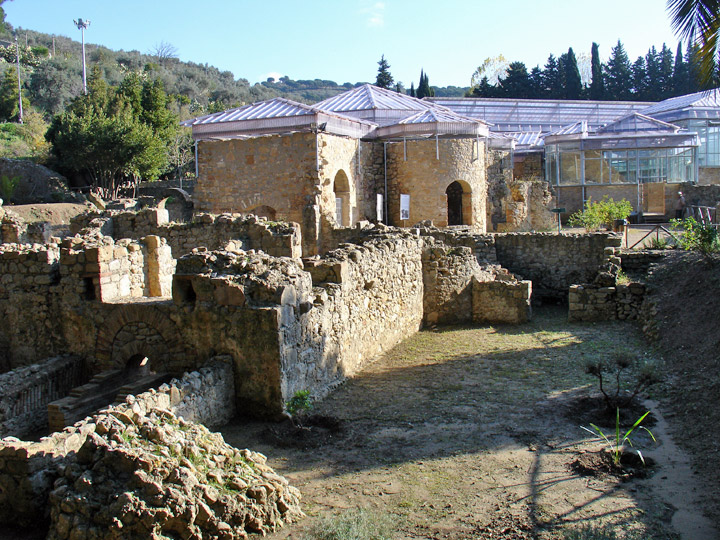 remains of the Roman baths 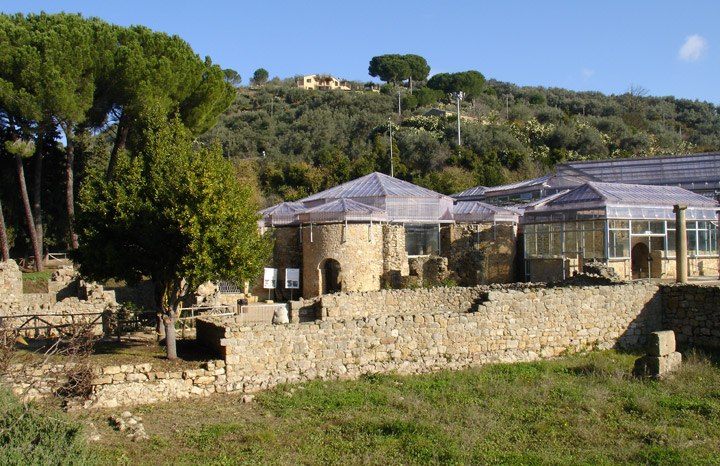 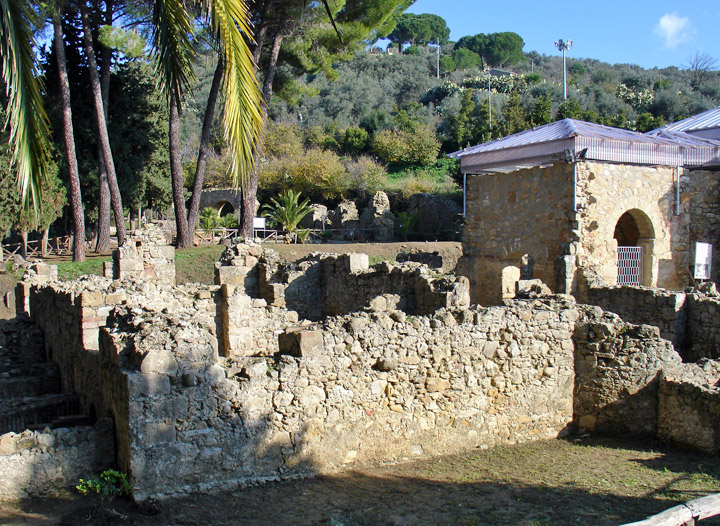 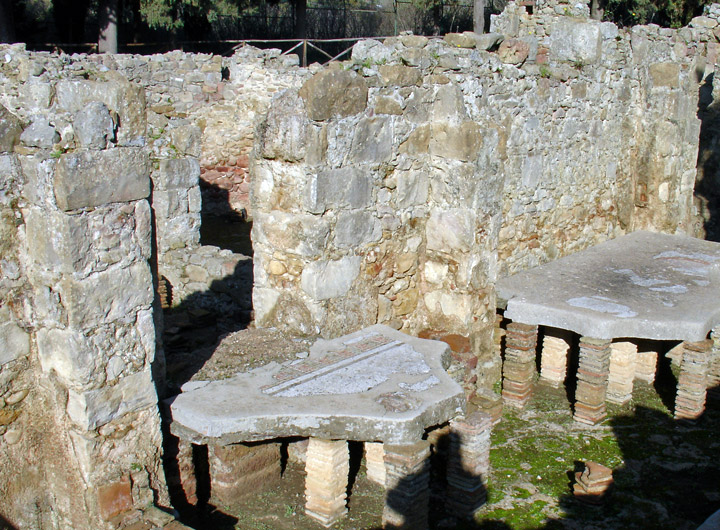 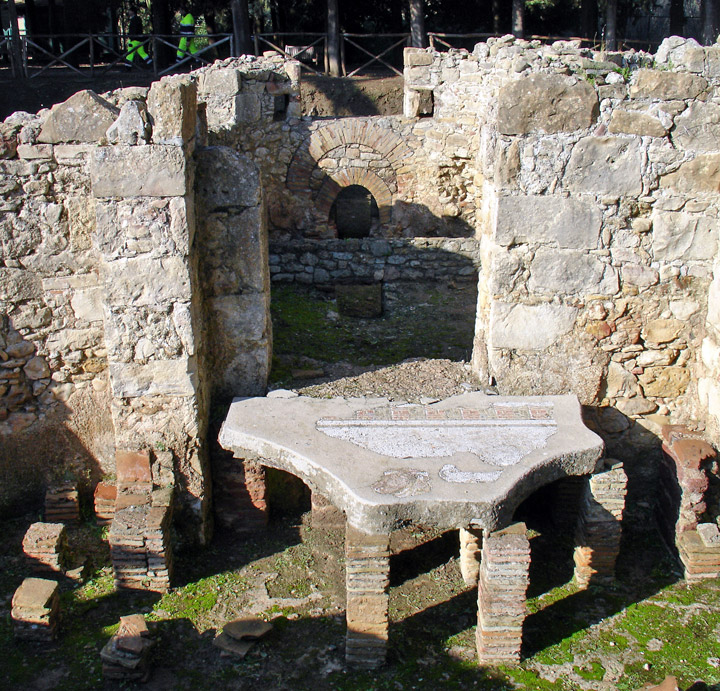 a portion of the floor of the baths 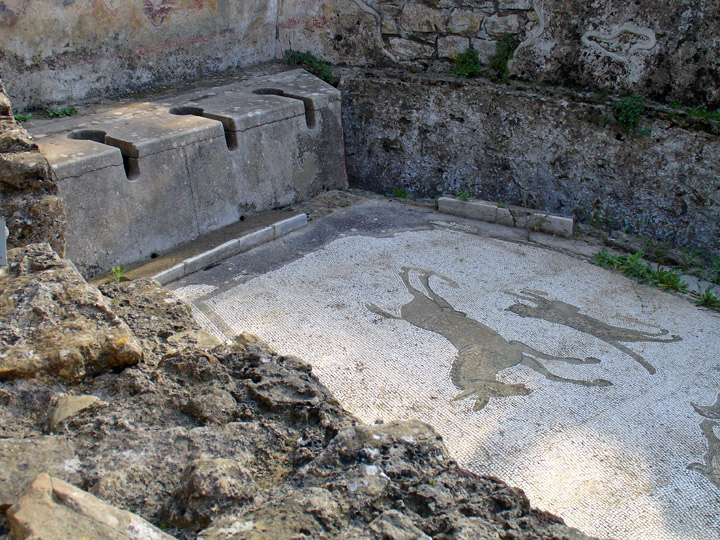 Latrine with animal figures on the floor mosaic 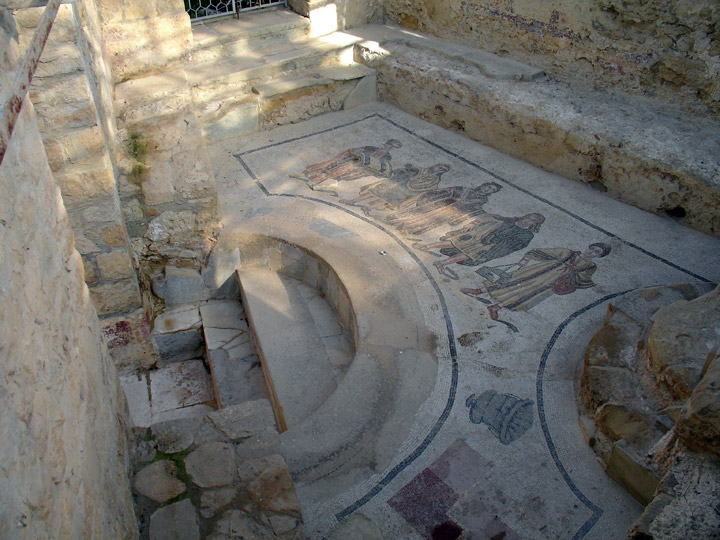 images of people on the mosaic floor 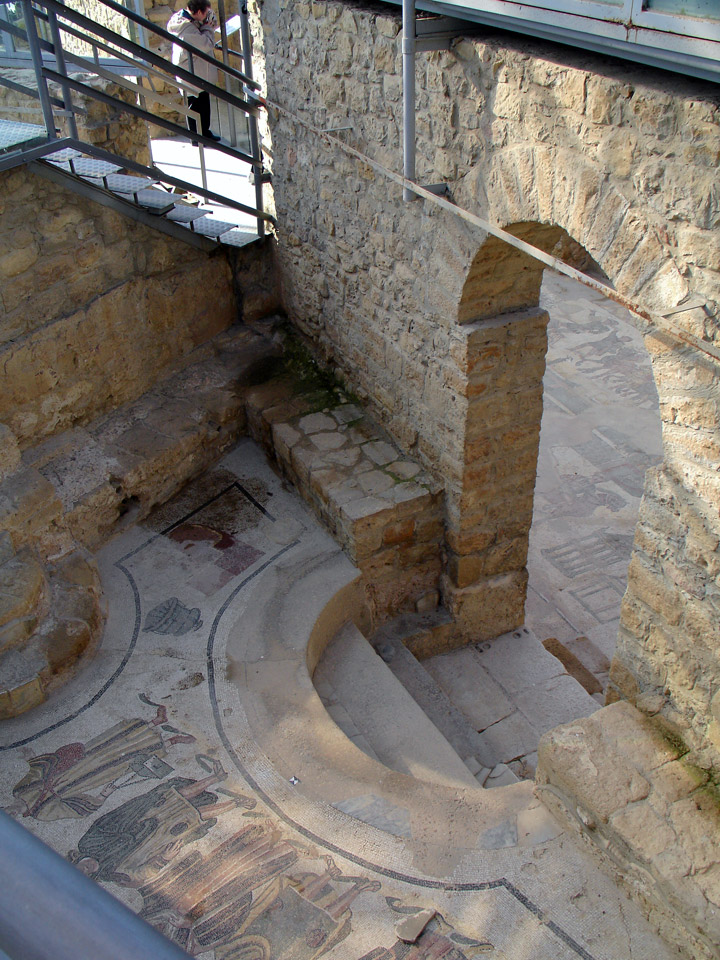 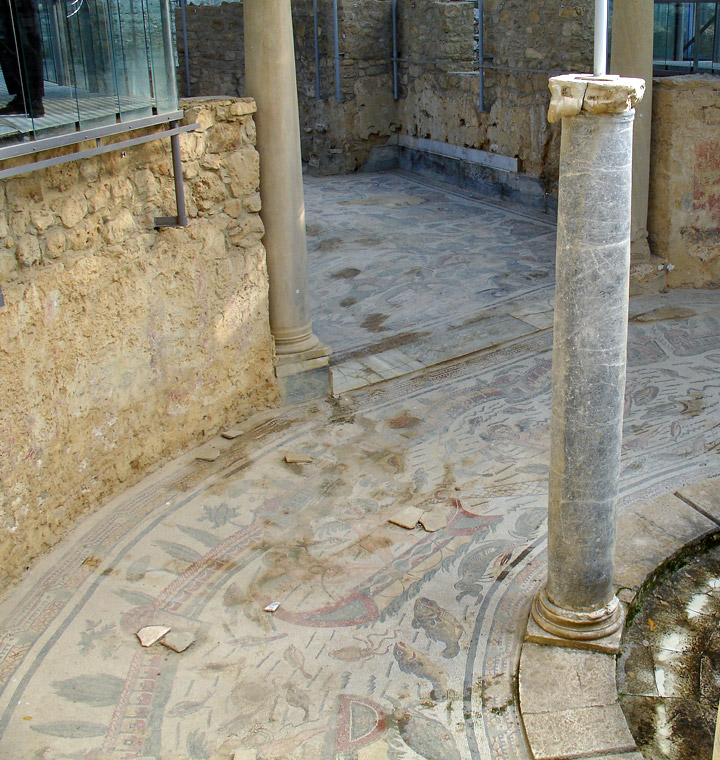 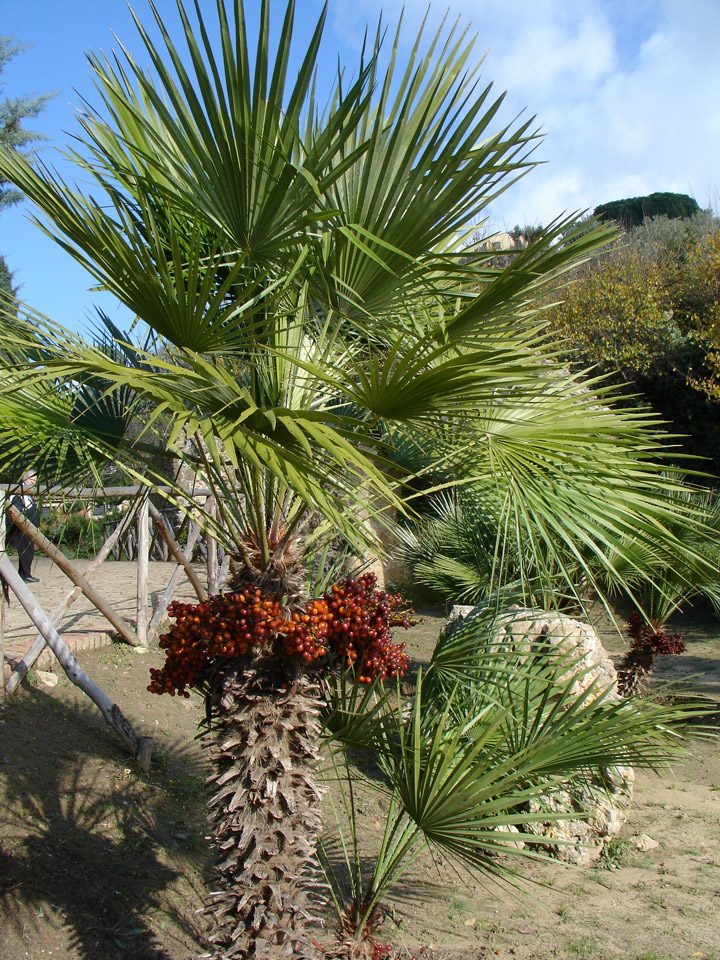 date palm on the villa grounds