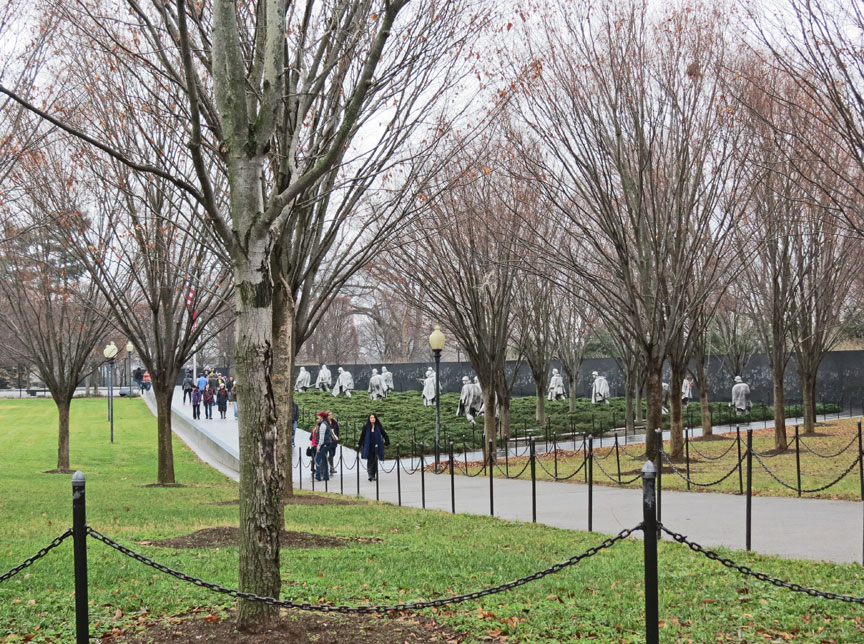 The Korean War Veterans Memorial is located in Washington, D.C.'s West Potomac Park, southeast of the Lincoln Memorial and just south of the Reflecting Pool on the National Mall. It commemorates those who served in the Korean War. 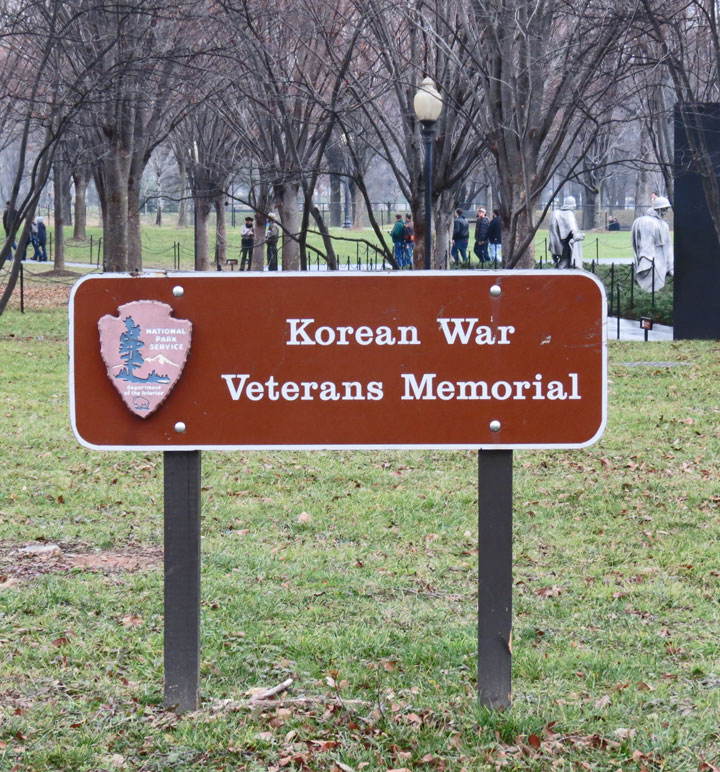 The Veterans Memorial was authorized by the U.S. Congress (Public Law 99-572) on October 28, 1986, with design and construction managed by the Korean War Veterans Memorial Advisory Board and the American Battle Monuments Commission. 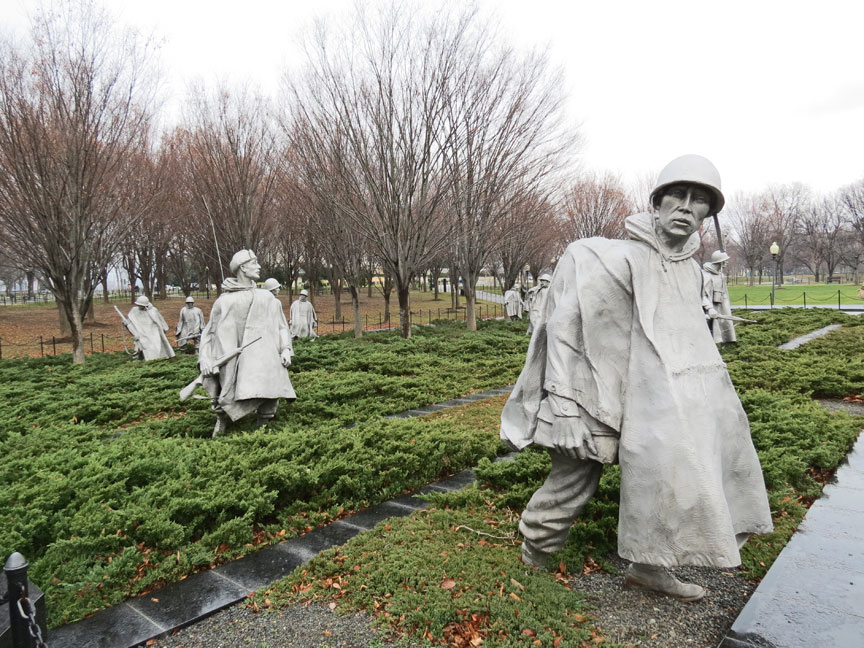 The initial design competition was won in 1989 by a team of four architects from The Pennsylvania State University, but this team withdrew as it became clear that changes would be needed to satisfy the advisory board and reviewing agencies such as the Commission of Fine Arts. A federal court case was filed and lost over the design changes. The eventual design was by Cooper-Lecky Architects who oversaw collaboration between several designers. 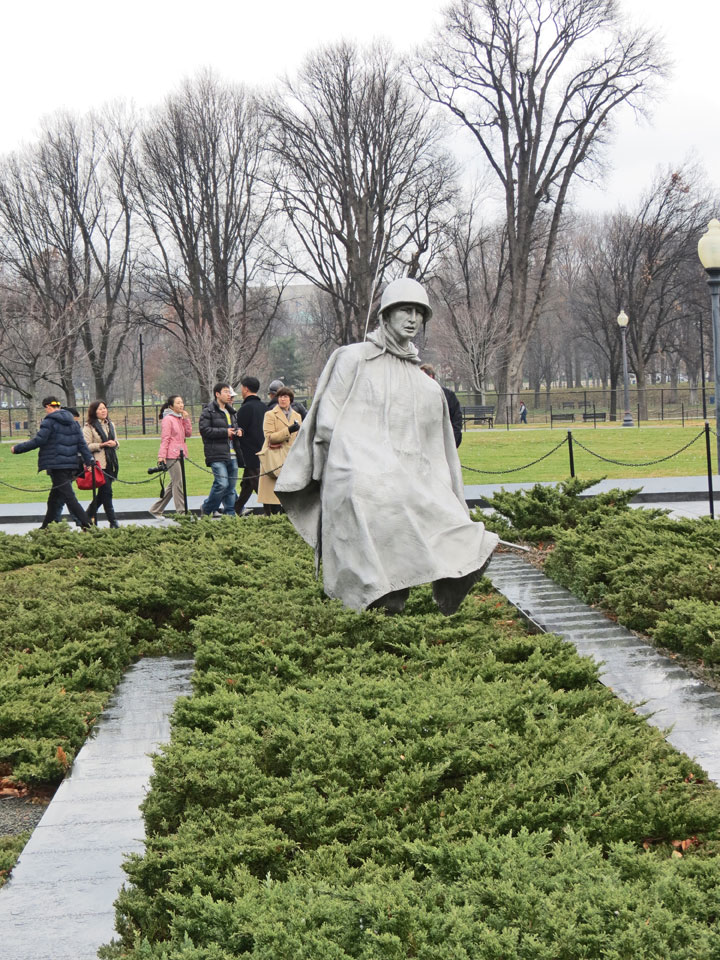 President George H. W. Bush conducted the groundbreaking for the Memorial on June 14, 1992, Flag Day. The companies and organizations involved in the construction are listed on the memorial as: the Faith Construction company, the R. J. Crowley company, the Cold Spring Granite Company, the Tallix Art Foundry and the Baltimore District of the US Army Corps of Engineers.... The memorial was dedicated on July 27, 1995, the 42nd anniversary of the armistice that ended the war, by President Bill Clinton and Kim Young Sam, President of the Republic of Korea, to the men and women who served during the conflict. Management of the memorial was turned over to the National Park Service, under its National Mall and Memorial Parks group. As with all National Park Service historic areas, the memorial was administratively listed on the National Register of Historic Places on the day of its dedication. 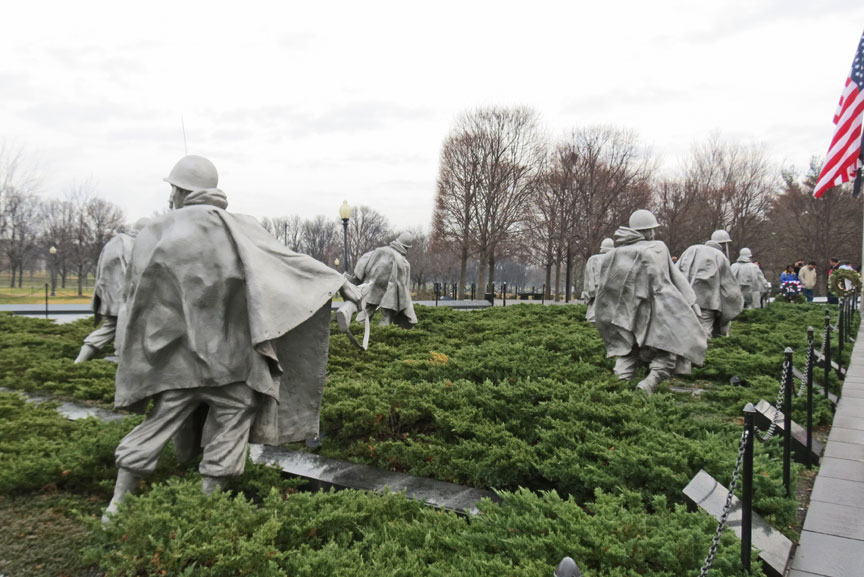 The memorial is in the form of a triangle intersecting a circle. Walls: 164 feet (50 m) long, 8 inches (200 mm) thick; more than 100 tons of highly polished "Academy Black" granite from California: more than 2,500 photographic, archival images representing the land, sea and air troops who supported those who fought in the war are sandblasted onto the wall. 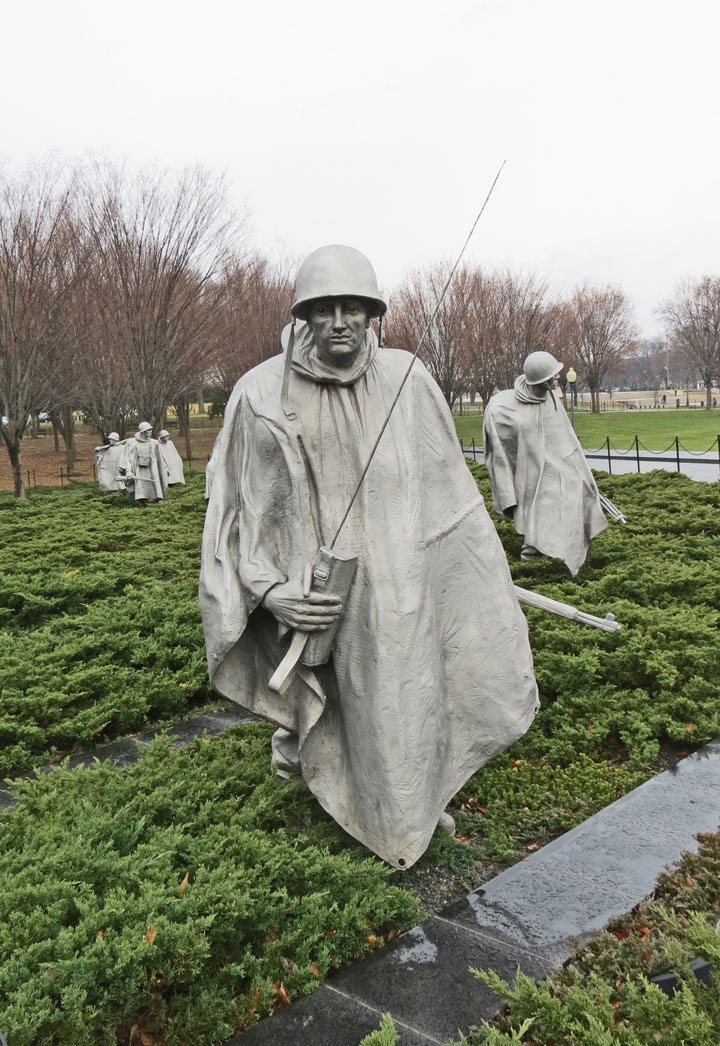 Within the walled triangle are 19 stainless steel statues designed by Frank Gaylord, each larger than life-size, between 7 feet 3 inches (2.21 m) and 7 feet 6 inches (2.29 m) tall; each weighs nearly 1,000 pounds (500 kg). The figures represent a squad on patrol, drawn from each branch of the armed forces; fourteen of the figures are from the U.S. Army, three are from the Marine Corps, one is a Navy Corpsman, and one is an Air Force Forward Air Observer. They are dressed in full combat gear, dispersed among strips of granite and juniper bushes which represent the rugged terrain of Korea. 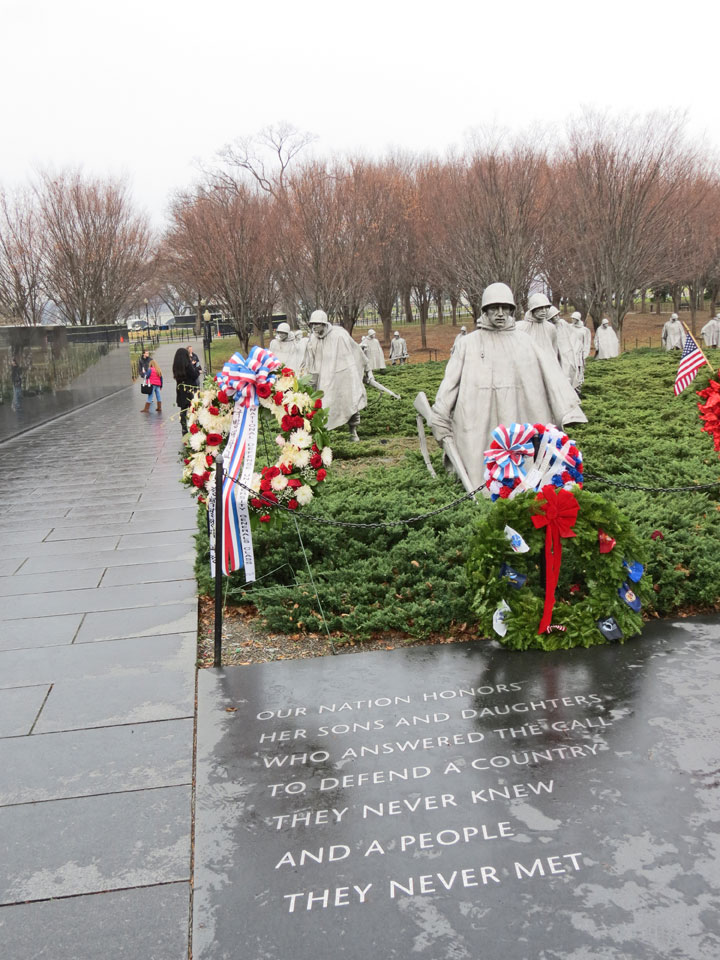 When reflected on the wall, there appear to be 38 soldiers, representing the 38th parallel. To the north of the statues is a path, forming one side of the triangle. Behind, to the south, is a 164-foot-long black granite wall, created by Louis Nelson, with photographic images sandblasted into it depicting soldiers, equipment and people involved in the war. This forms the second side of the triangle. The third side of the triangle, facing towards the Lincoln Memorial, is open. 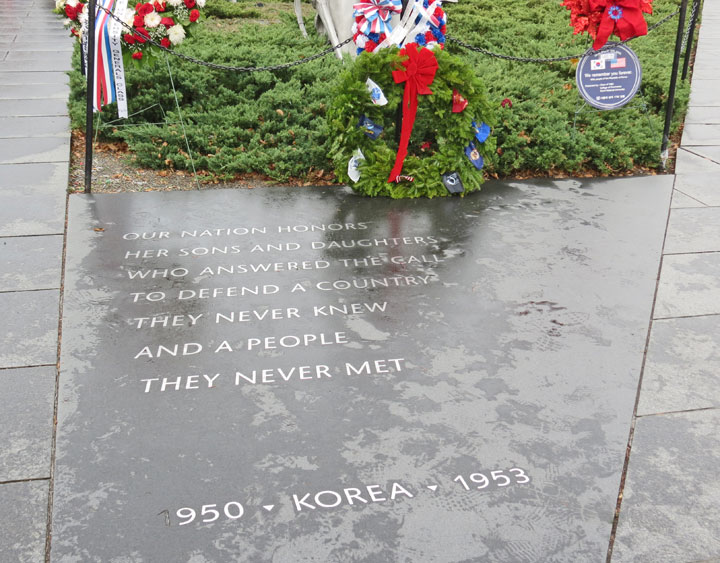 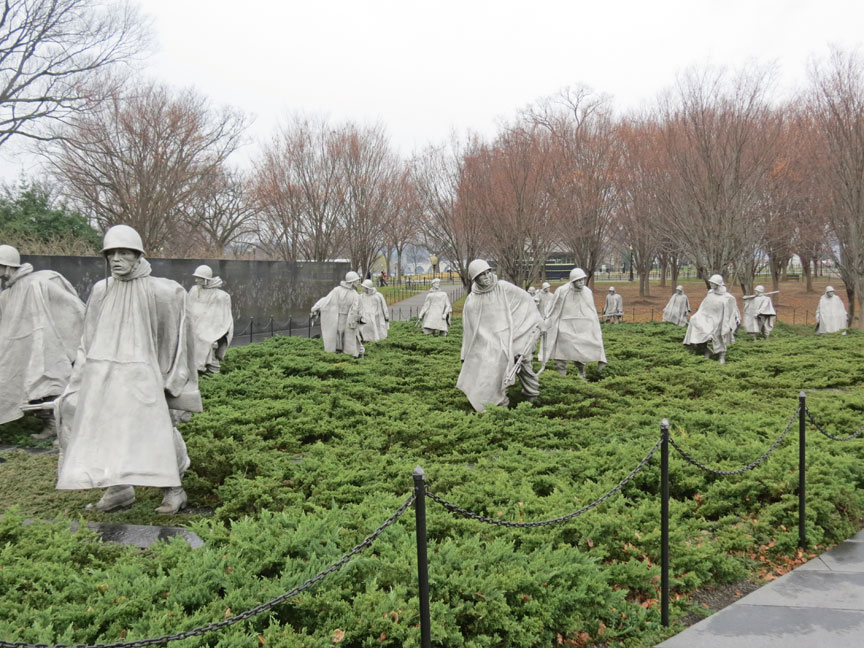 The circle contains the Pool of Remembrance, a shallow pool 30 feet (9 m) in diameter lined with black granite and surrounded by a grove of trees with benches. Inscriptions list the numbers killed, wounded, missing in action, and held as prisoners of war, and a nearby plaque in inscribed: "Our nation honors her sons and daughters who answered the call to defend a country they never knew and a people they never met." Additionally, right next to the numbers of American soldiers are those of the United Nations troops in the same categories. In the south side of the memorial, there are three bushes of the Rose of Sharon hibiscus plant, South Korea's national flower. 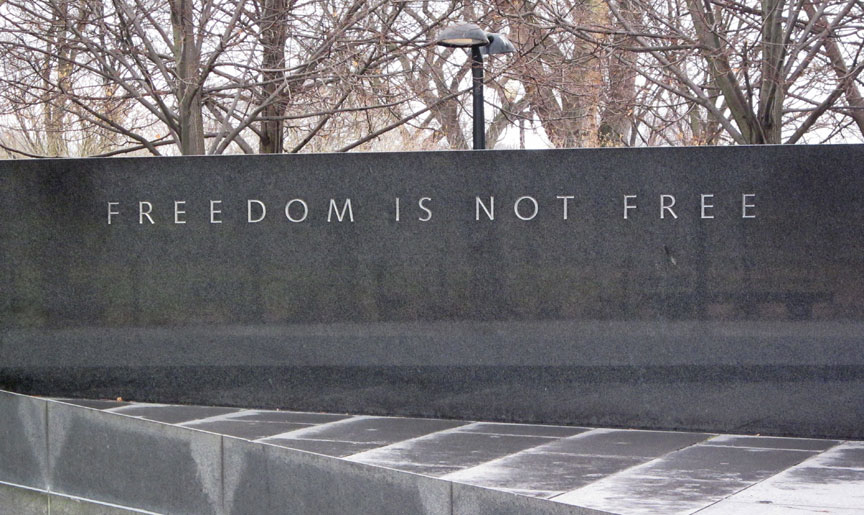 A further granite wall bears the simple message, inlaid in silver: "Freedom Is Not Free." 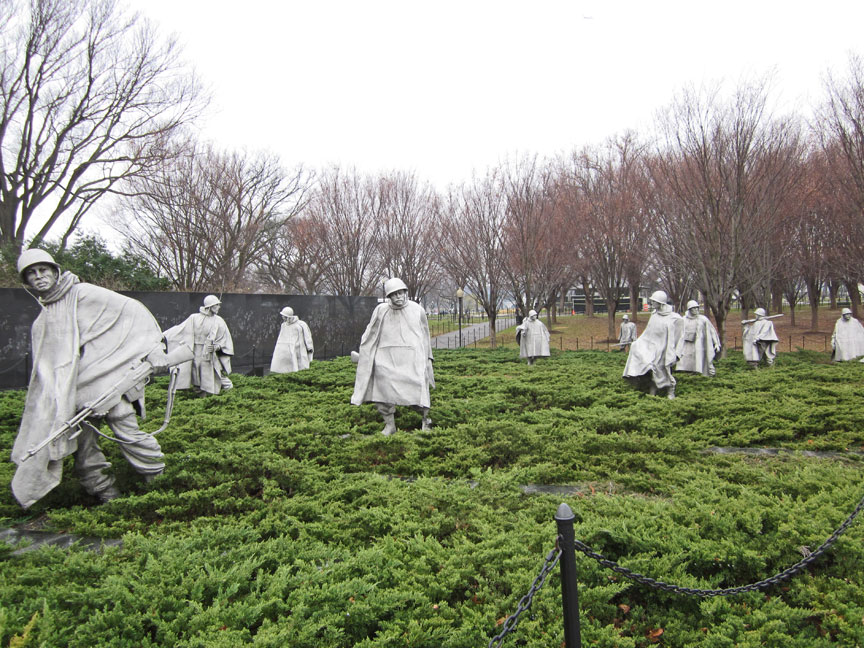 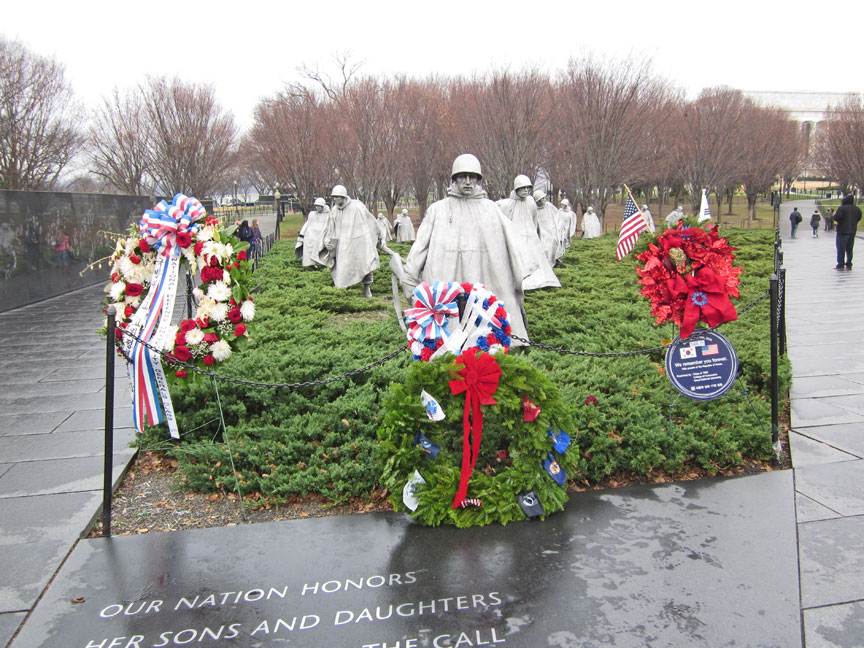 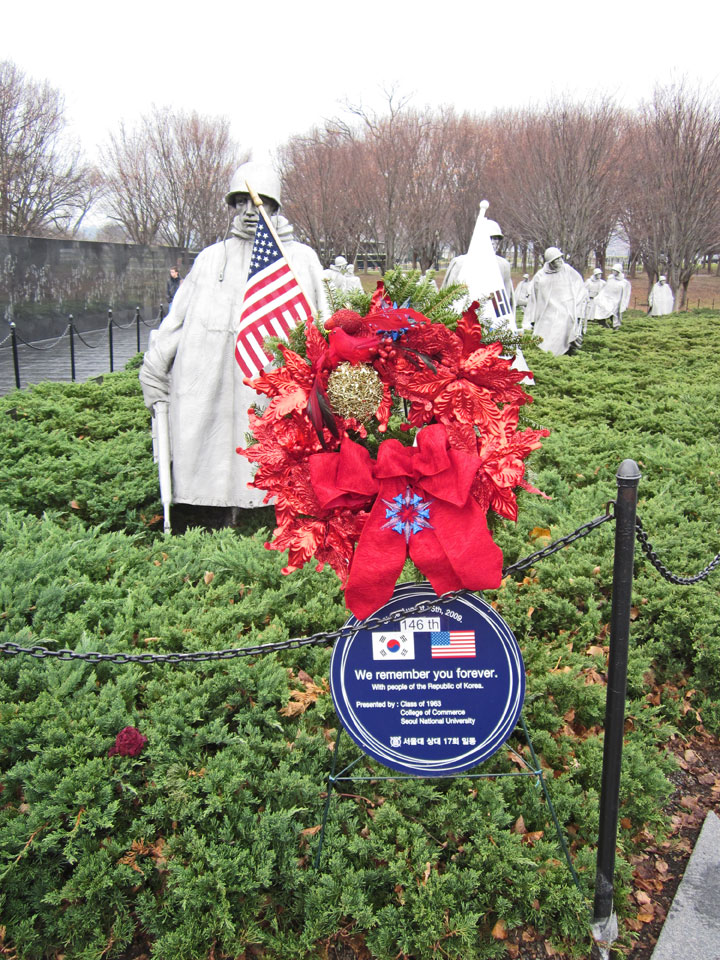 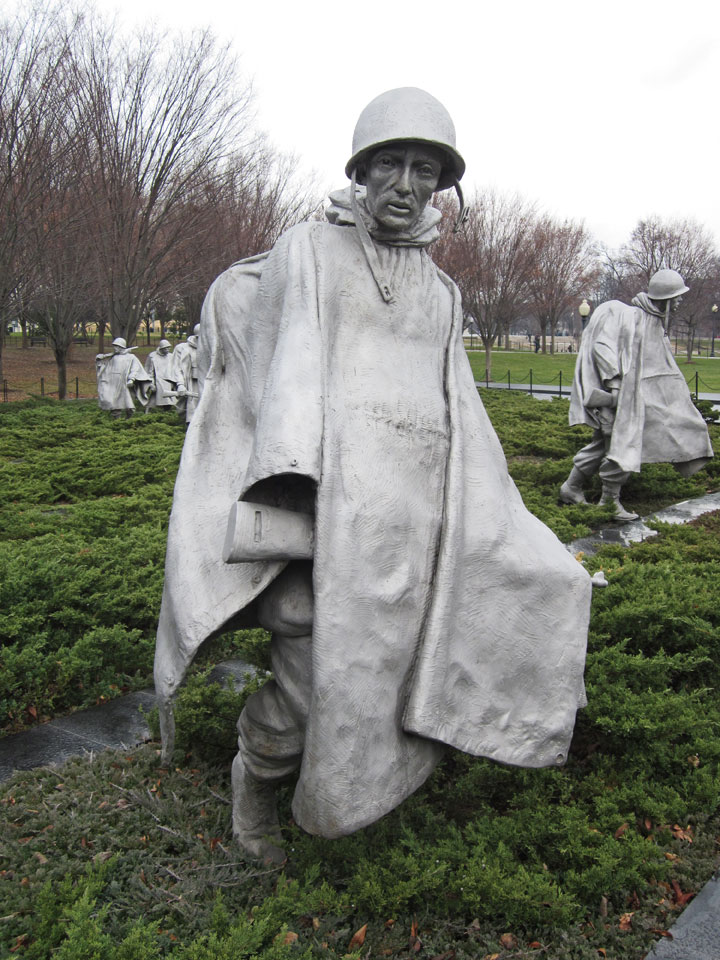 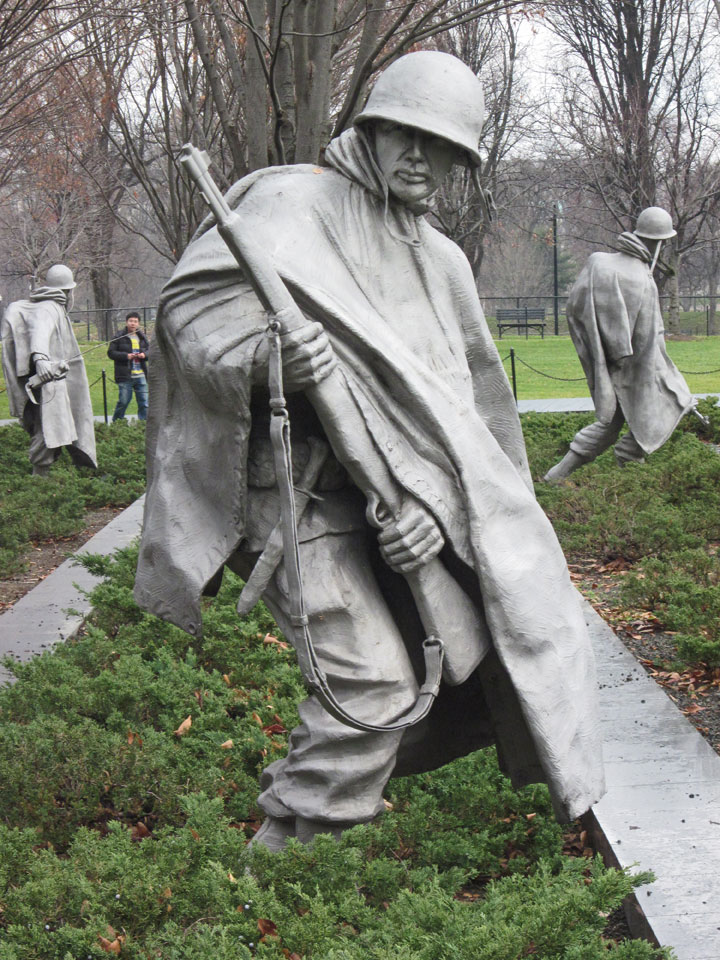 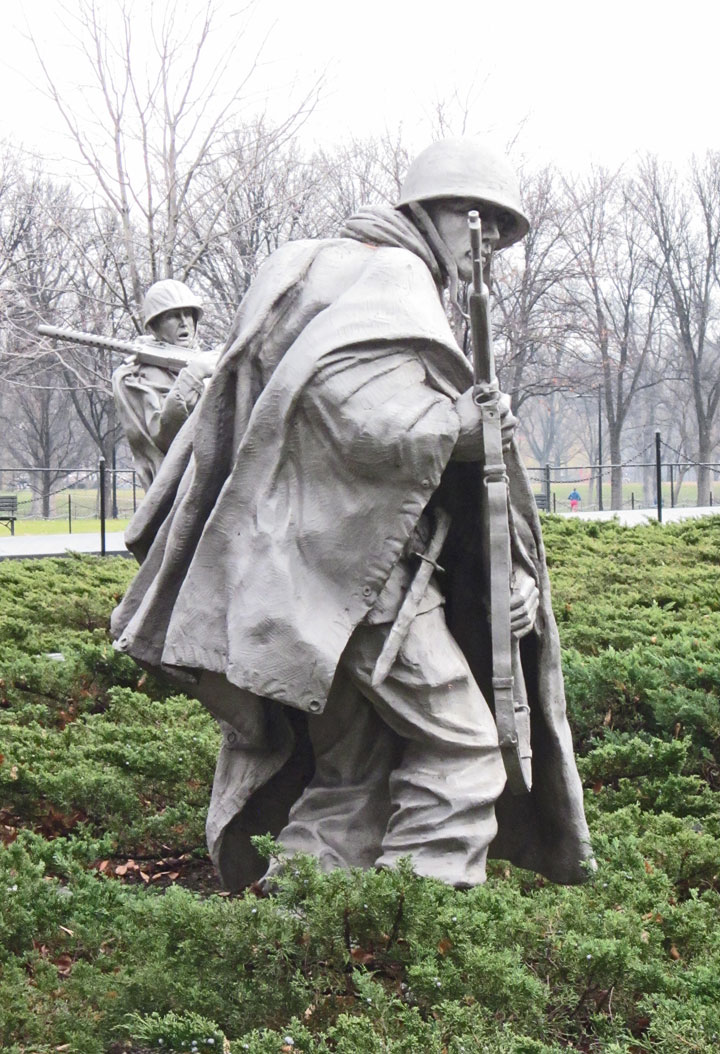 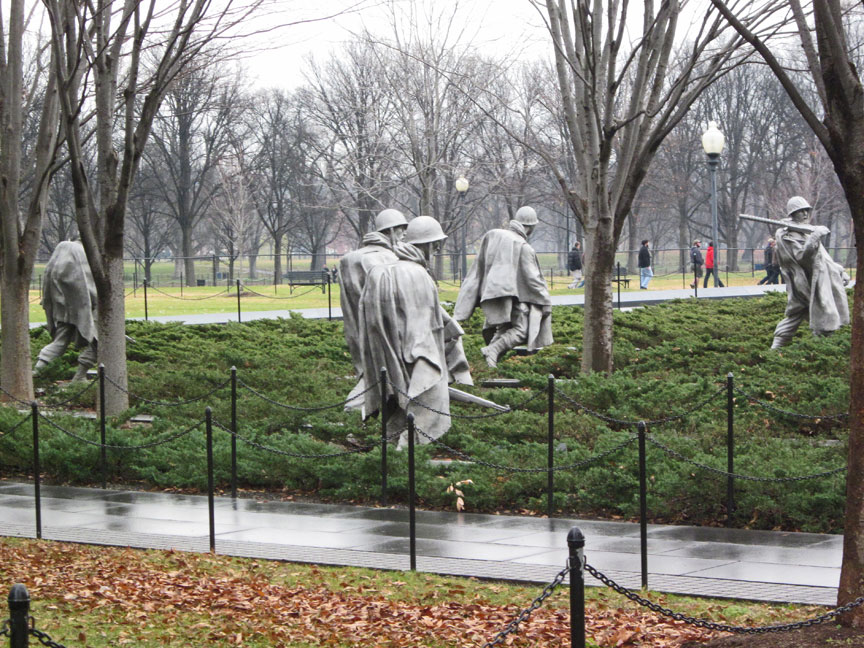