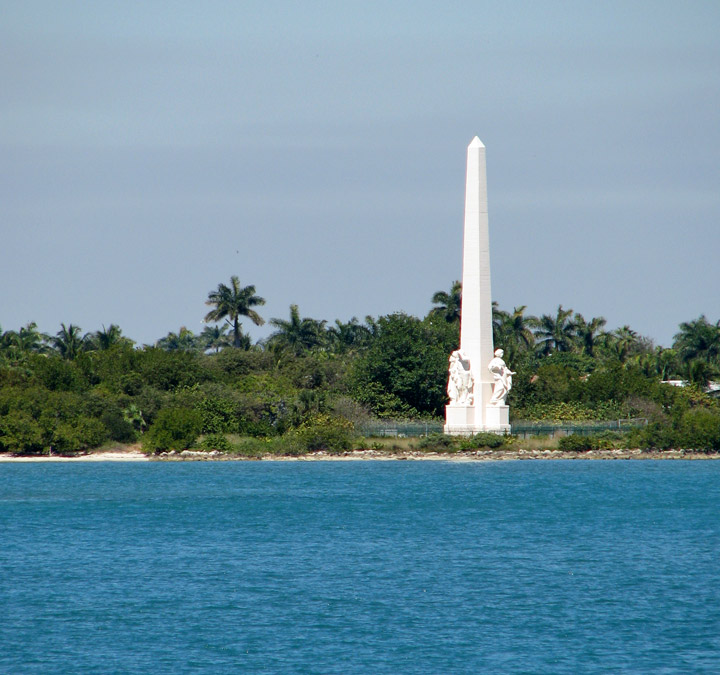 The Flagler Memorial Island is an artificial island that was built in 1920 along with the other Venetian Islands of Miami and Miami Beach, Florida, complete with a monument visible from the Flamingo Hotel in Miami Beach. A 110-foot (34 m) high obelisk with allegorical sculptures at its base stands as a monument to Miami pioneer Henry M. Flagler, and was constructed in the center of the freshly constructed island in memory of Flagler, who died in 1913. 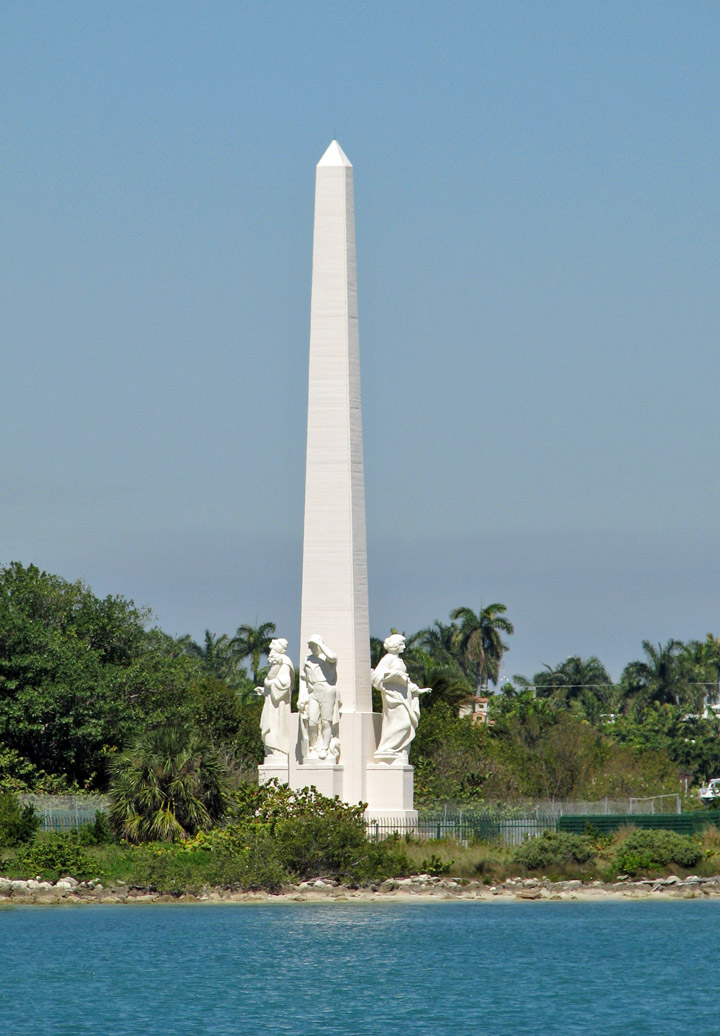 Unlike the other Venetian Islands, the perfectly rounded shape of the memorial island was not protected by a sea wall. The powerful tidal flow from Government Cut, as well as hurricanes and other forces, have drastically altered its original shape. Exotic species such as Burma reed (Neyraudia reynaudiana), seaside-mahoe (Thespesia populnea) and beach naupaka (Scaevola taccada) have covered much of the island. In 1994 the Biscayne Bay Environmental Enhancement Trust Fund and the Florida Inland Navigation District used a $220,000 bond to build a clearing in the center of the island near the monument, where visitors play volleyball and light bonfires. The project also stabilized the shoreline with the installation of lime rock boulders, and created sand beaches and dunes for boaters to enjoy. Hurricane Wilma eroded away much of the beaches in the fall of 2005, leaving many of the picnic tables partially submerged. 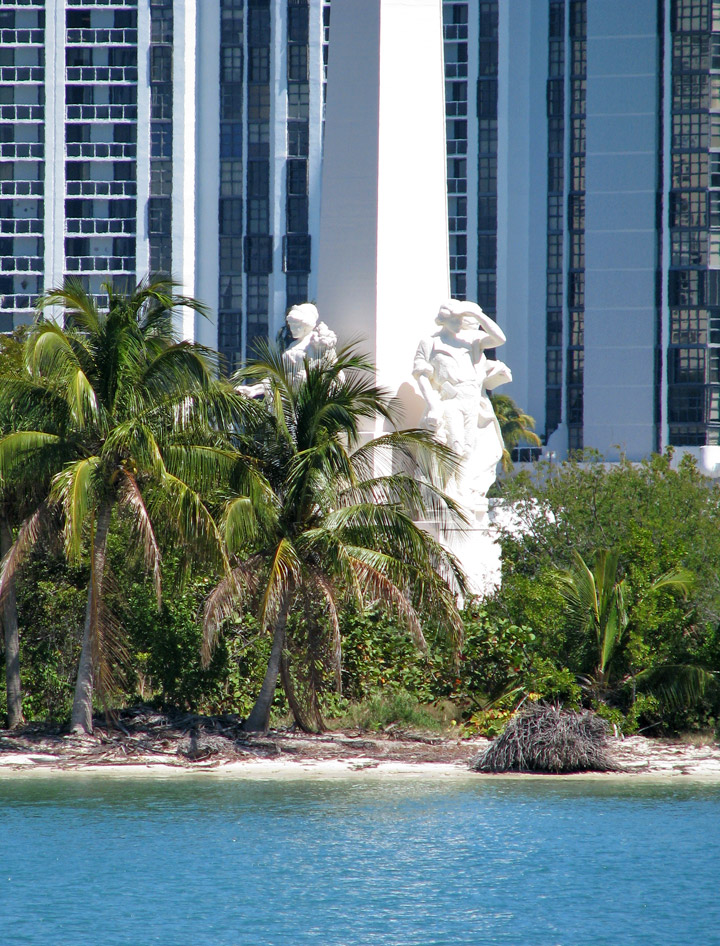 Miami-Dade County maintains the island, including modest picnic facilities and trash cans, and is considering issuing a $250,000 bond to correct the monument's serious disrepair due to its exposure to harsh marine elements, vandalism and years of deferred maintenance.

Miami Beach co-founder Carl G. Fisher commissioned the construction of the obelisk monument and the four allegorical statues at the base in 1920 at a cost of $125,000. His Alton Beach Realty Company deeded the land to the City of Miami Beach in 1939.