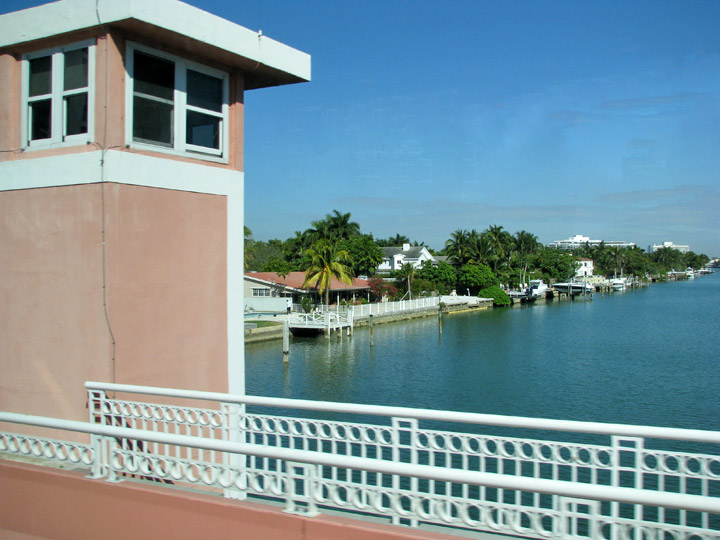 bridge to the man made "Venetian" islands

Remnants of an incomplete artificial island also lie in Central Biscayne Bay between Di Lido Island and the Julia Tuttle Causeway. The island was to be called Isola di Lolando. The failed development marks the end of the Florida land boom of the 1920s. The Shoreland Company went bankrupt in 1927 due to objections to "further mutilation of the waterway" and the 1926 Miami Hurricane. 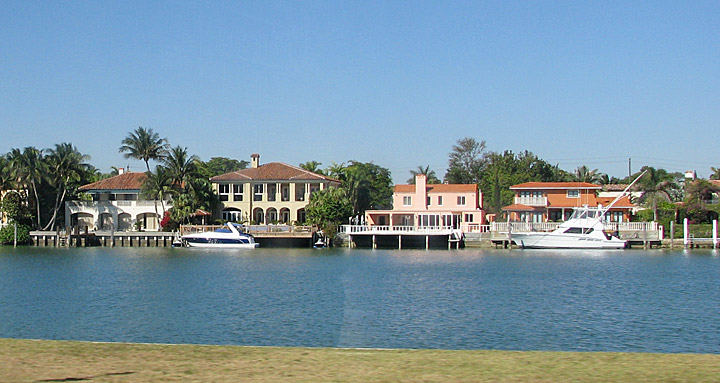 The islands are connected by bridges from the Florida mainland to Miami Beach. Today, the Venetian Causeway is a popular stretch for people to jog, ride bikes, walk dogs and stroll. The islands offer residents a suburb feel that is located between (and within minutes of) Miami Beach's South Beach and Miami's new Adrienne Arsht Center for the Performing Arts. 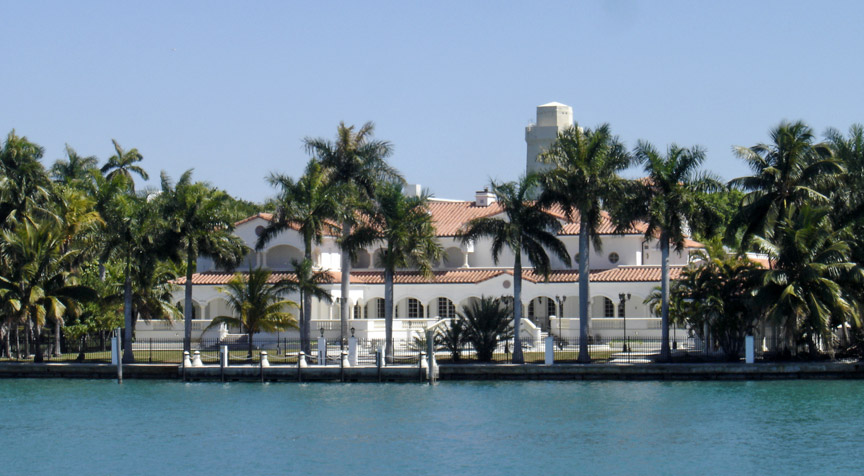 one of the elegant homes on the islands 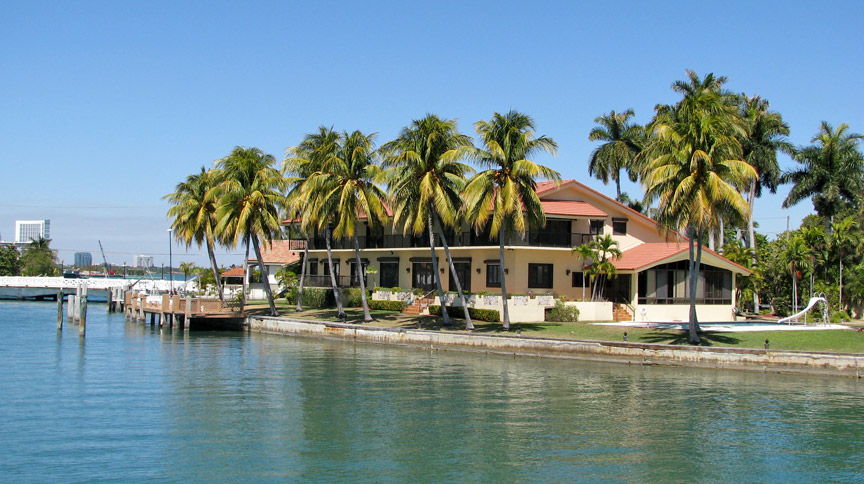 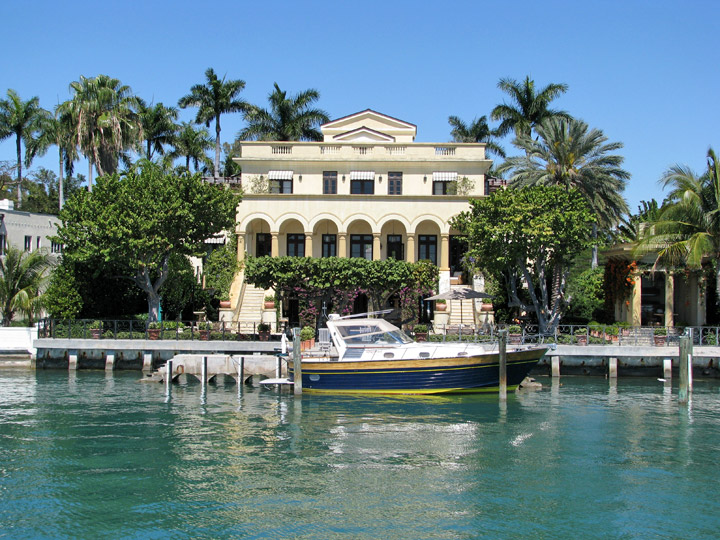 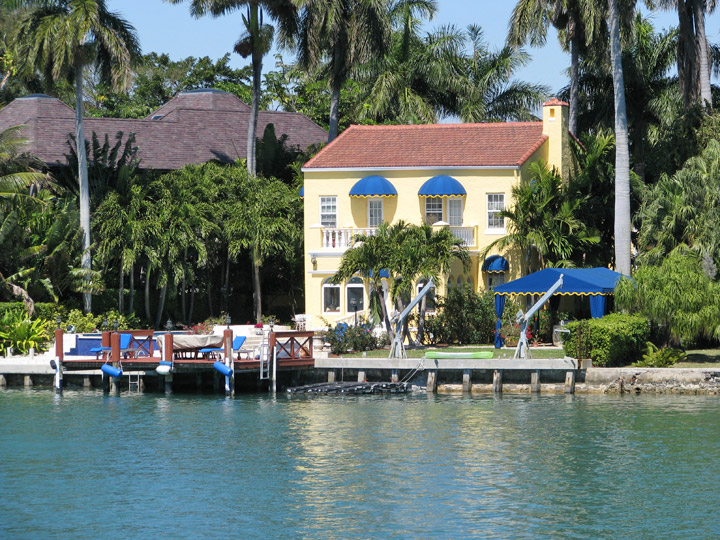 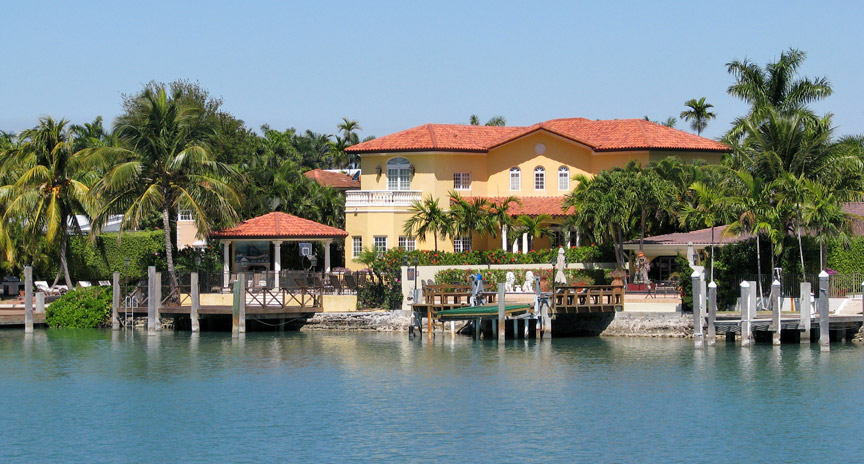 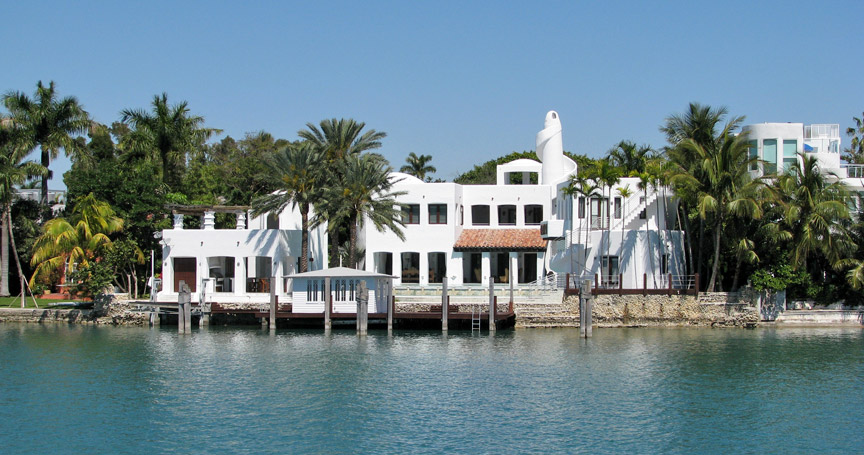 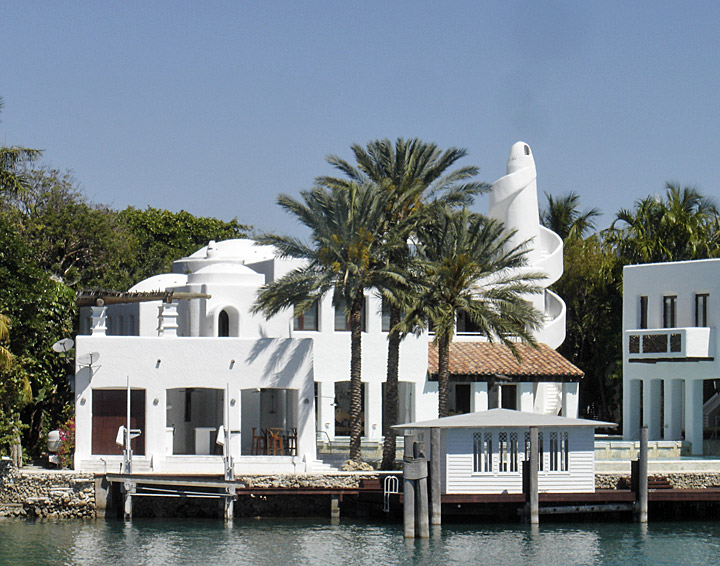 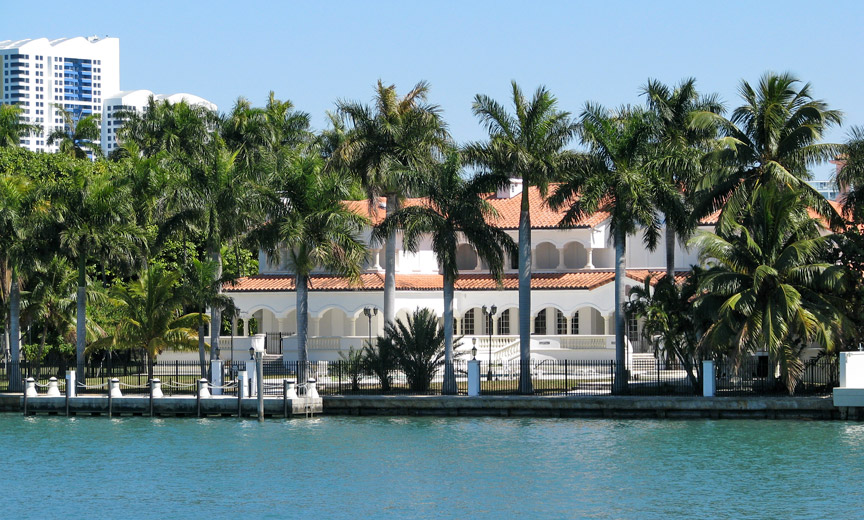 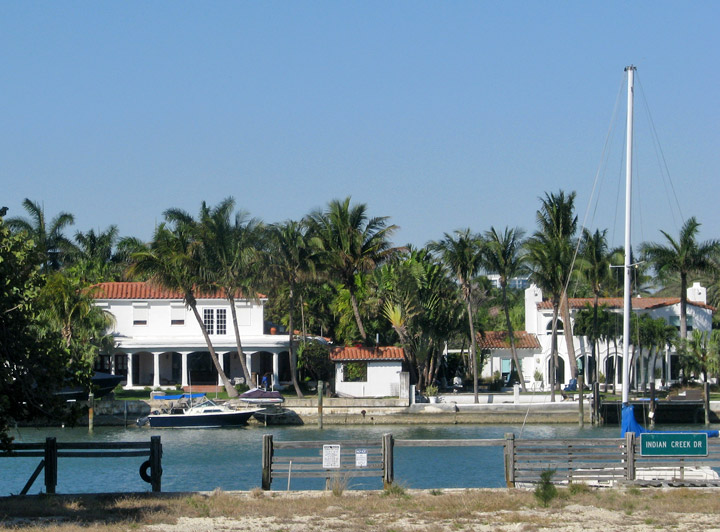 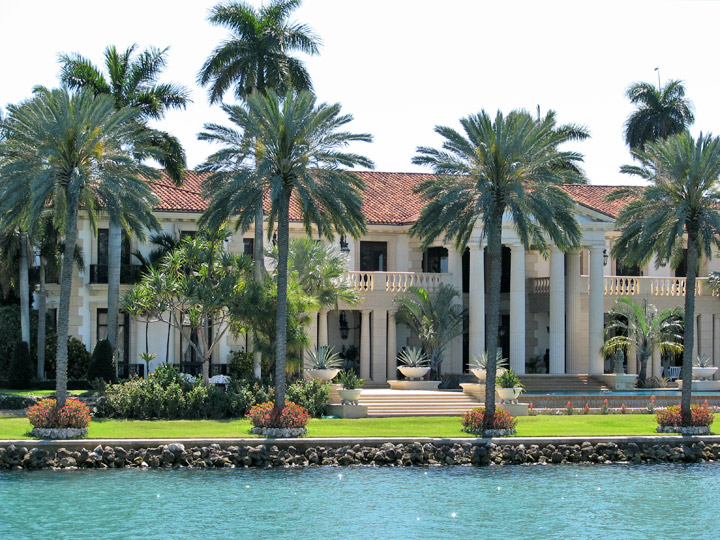 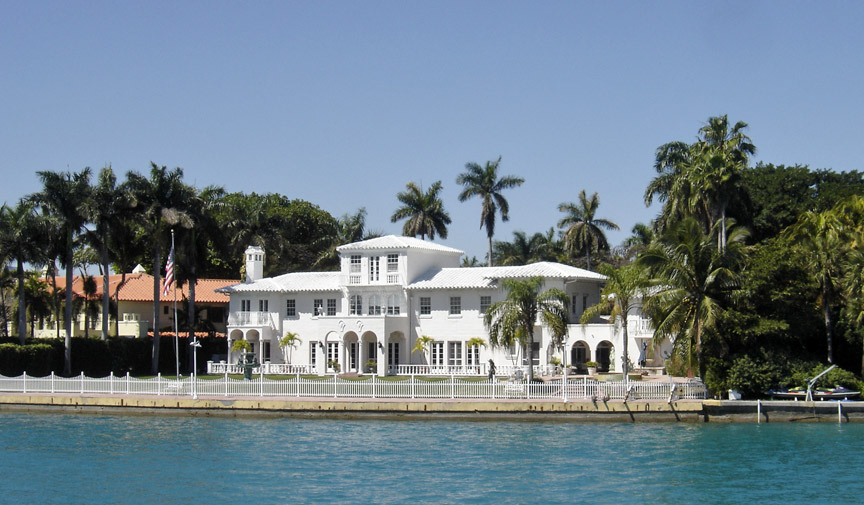 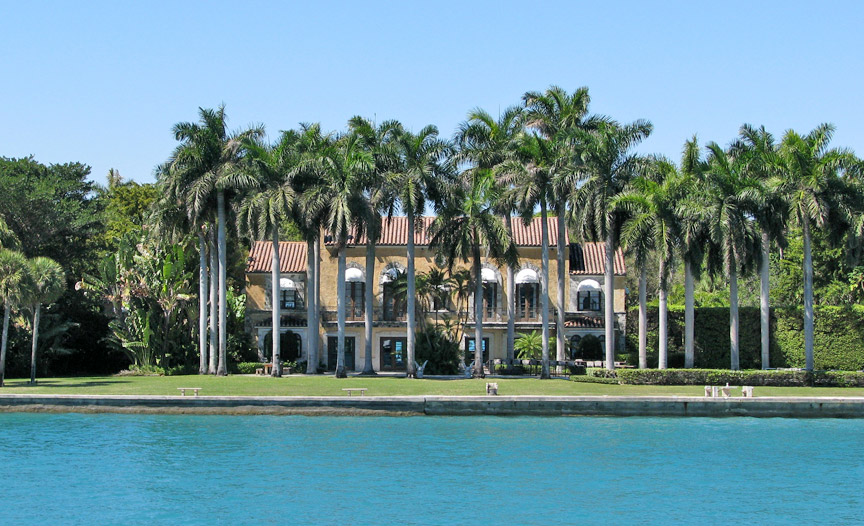 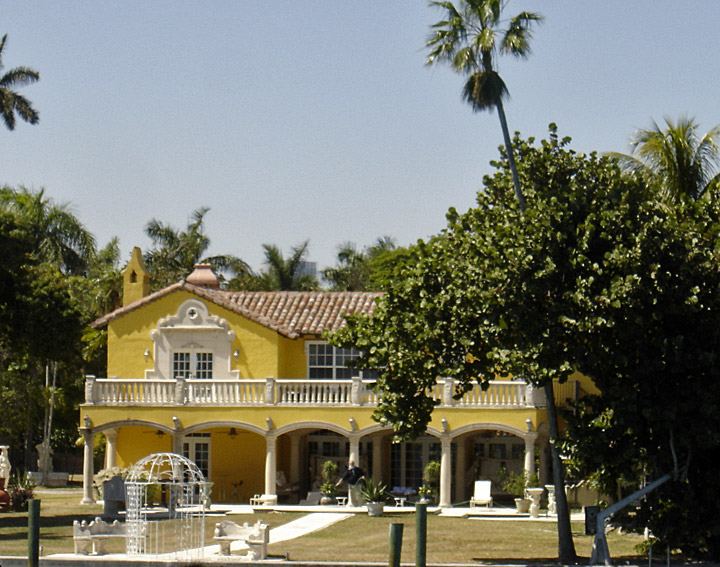 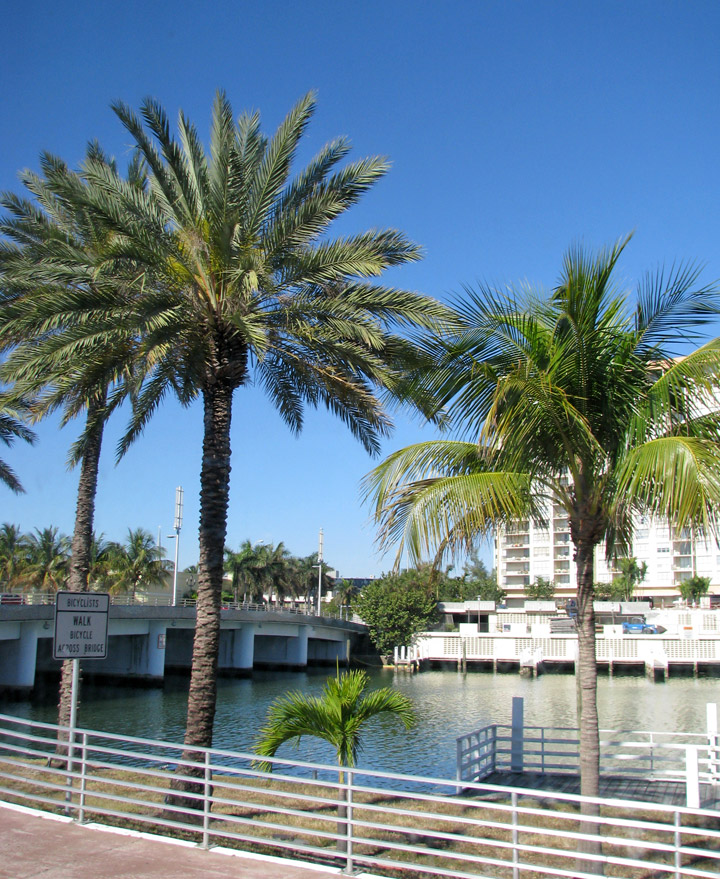 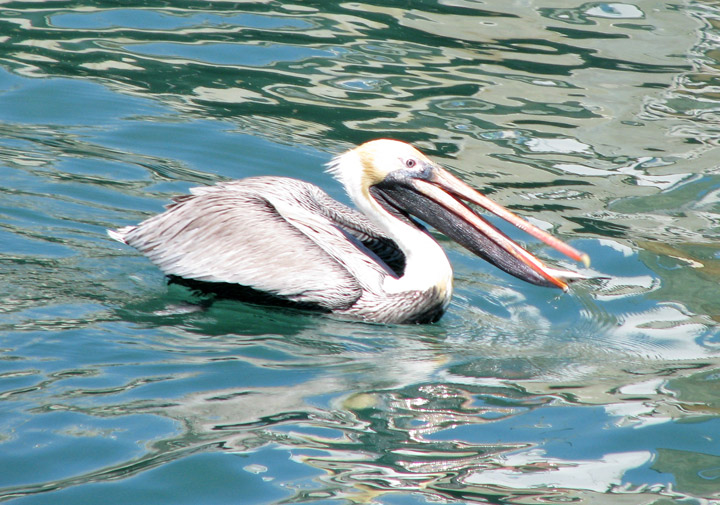 the Pelican
one of the indigenous residents 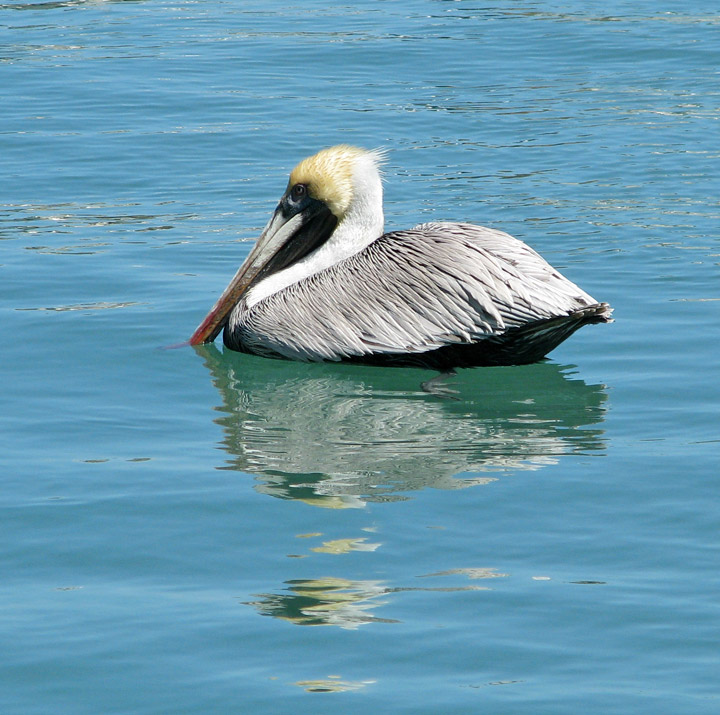 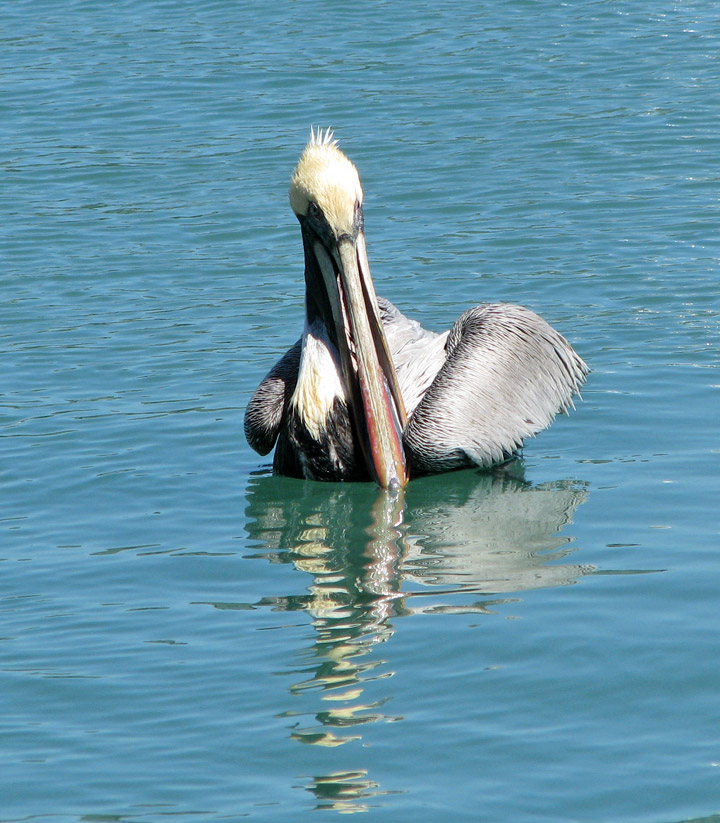 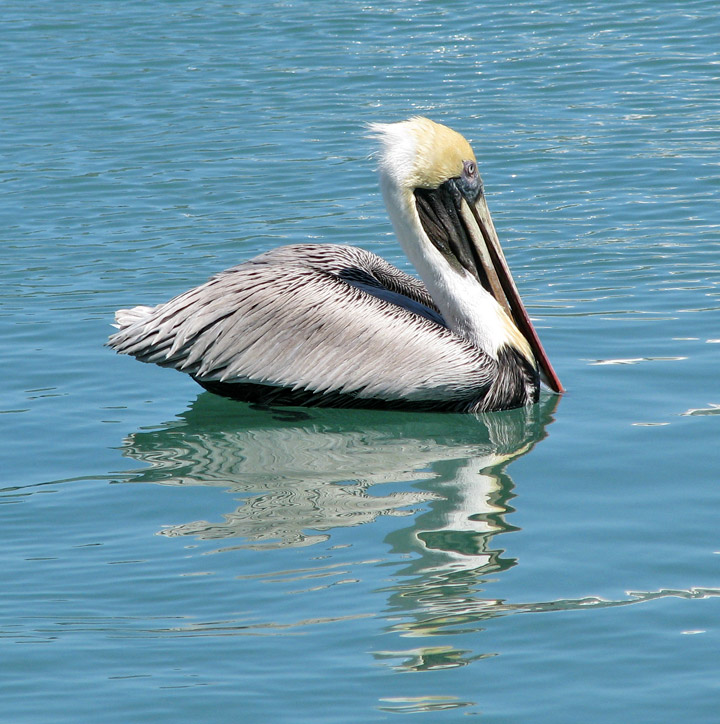 Short Video of the Pelican 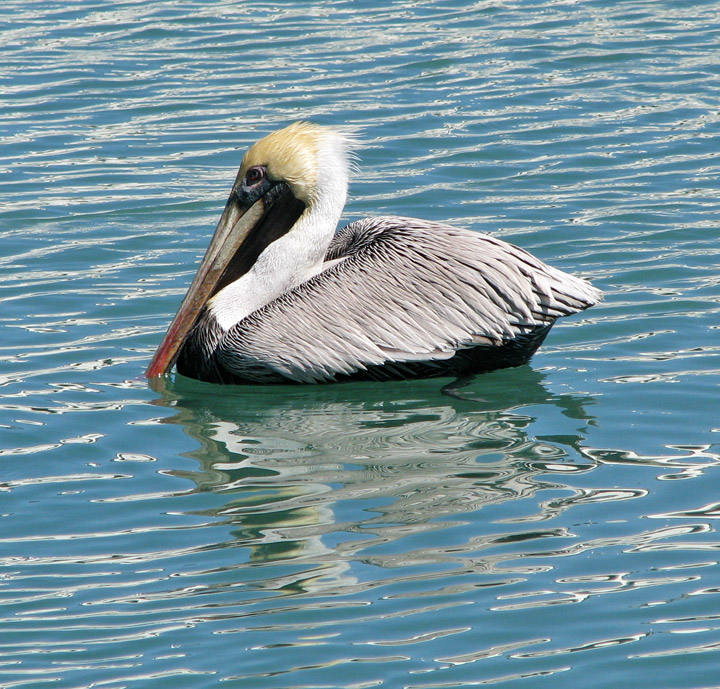 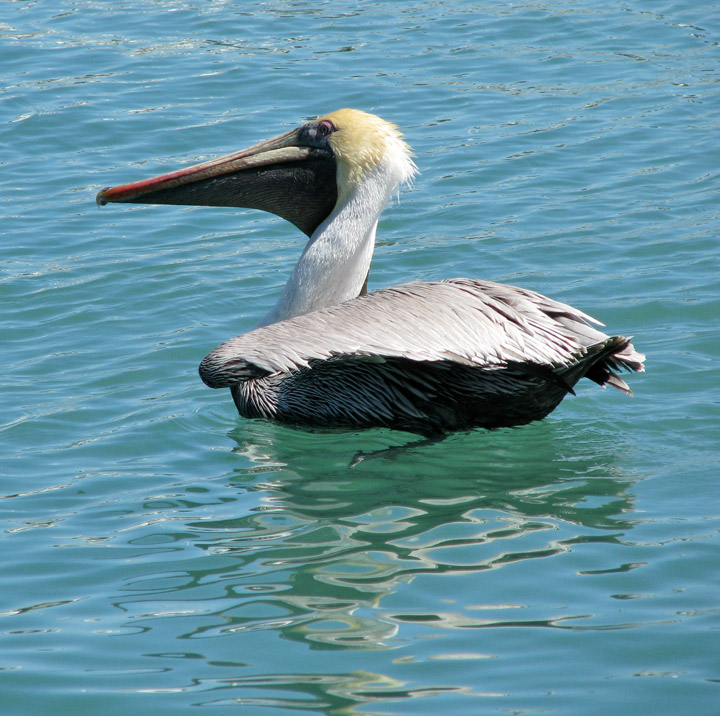