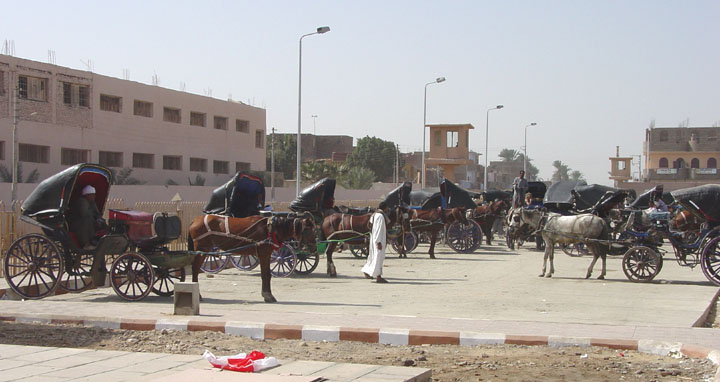 Edfu was the Greek city of Apollinopolis Magna, and is a religious and commercial center. Located about 33 miles south of Esna and 65 miles north of Aswan, this friendly town with approximately 274,500 inhabitants now produces sugar and pottery. 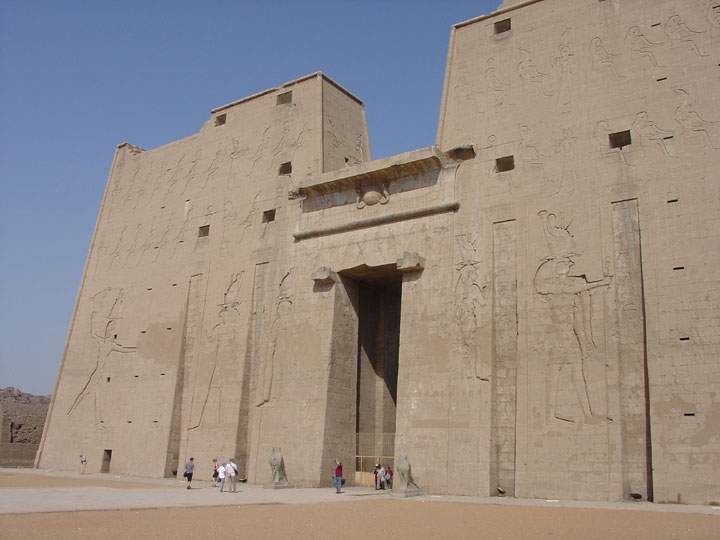 The main attraction here is the Temple of Horus, which is considered by most to be the best preserved cult temple in Egypt . According to the Egyptian myths it was the place where the falcon-headed god Horus avenged the murder of his father Osiris by killing Seth.

More Photos of the Temple of Horus 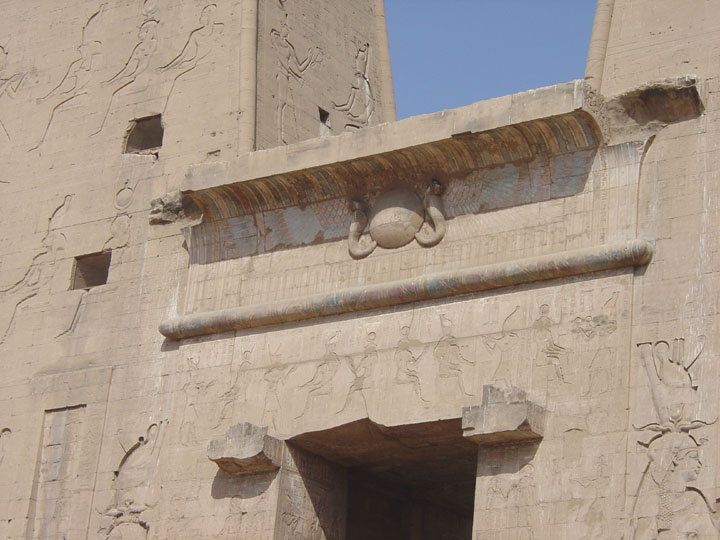 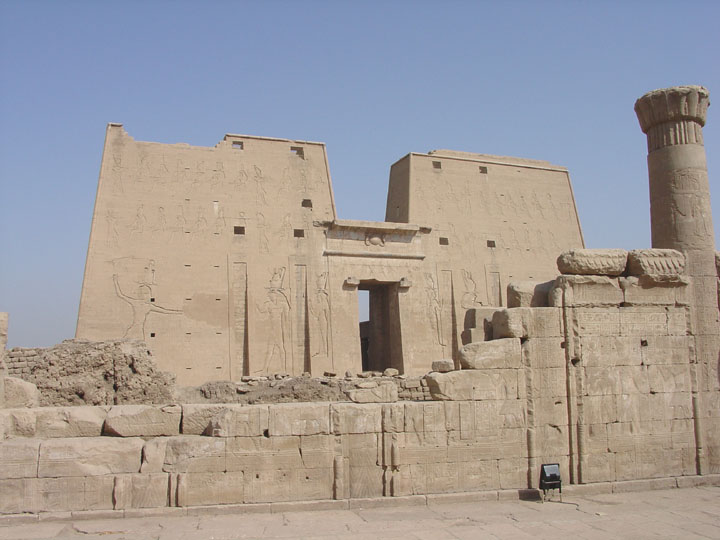 The construction of this Ptolemaic temple begun in 237 BCE by Ptolemy 3, but finished 180 years later by the father of Cleopatra. This is not only the best preserved ancient temple in Egypt, but the second largest after Karnak. The temple has an abundance of inscriptions on every surface, and these show the religious ceremonies of the time, as well as the usual tales of bravery, wisdom and might of the Pharaoh. 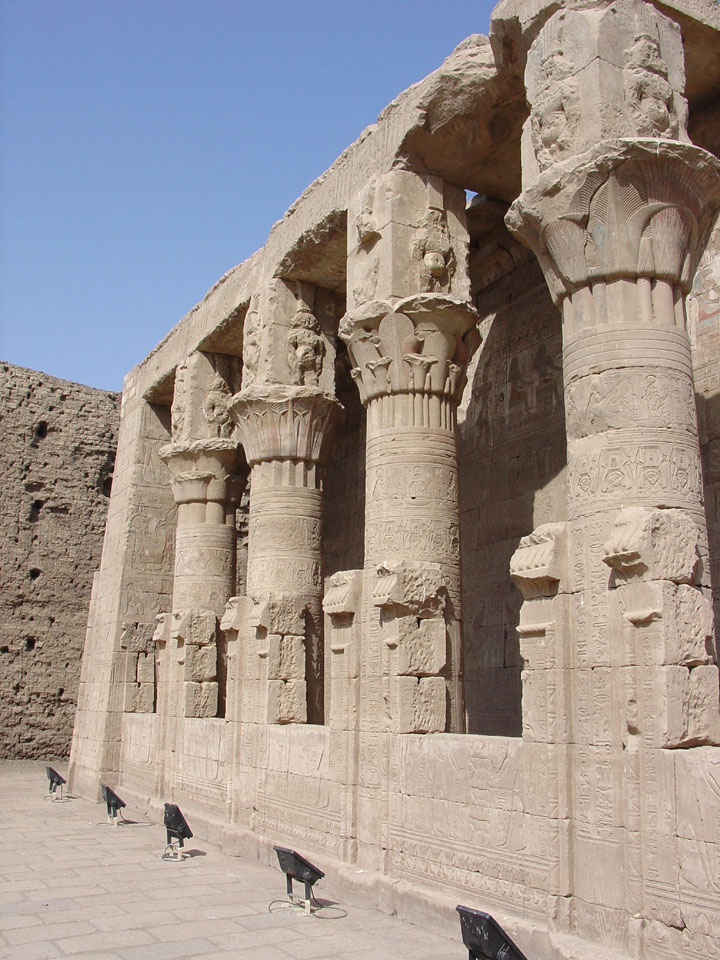 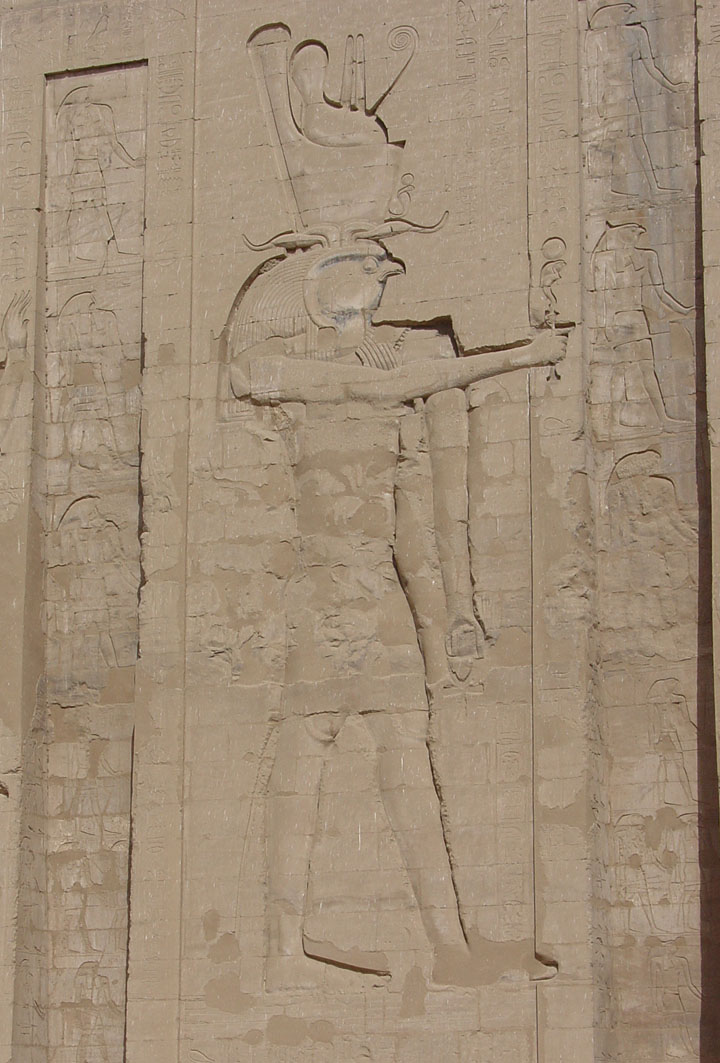 There are numerous reliefs, including a depiction of the Feast of the Beautiful Meeting, the annual reunion between Horus and his wife Hathor. 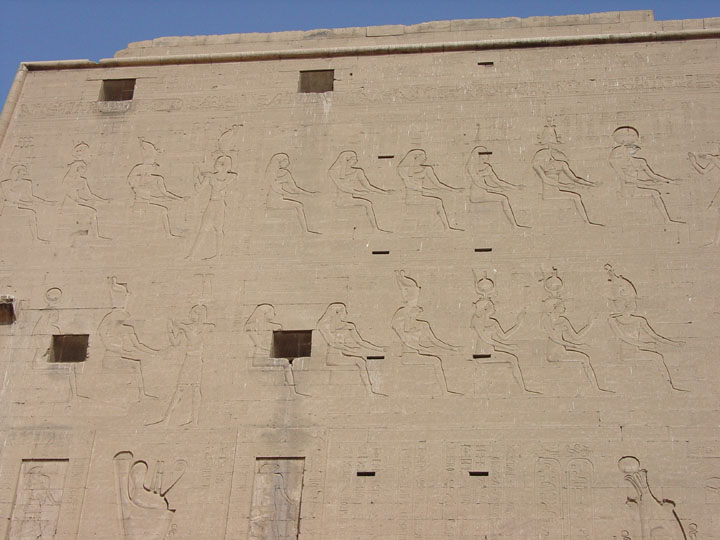 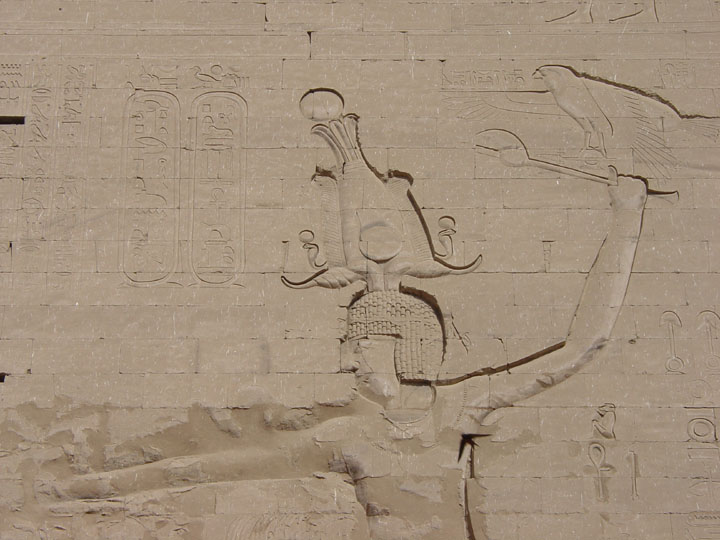 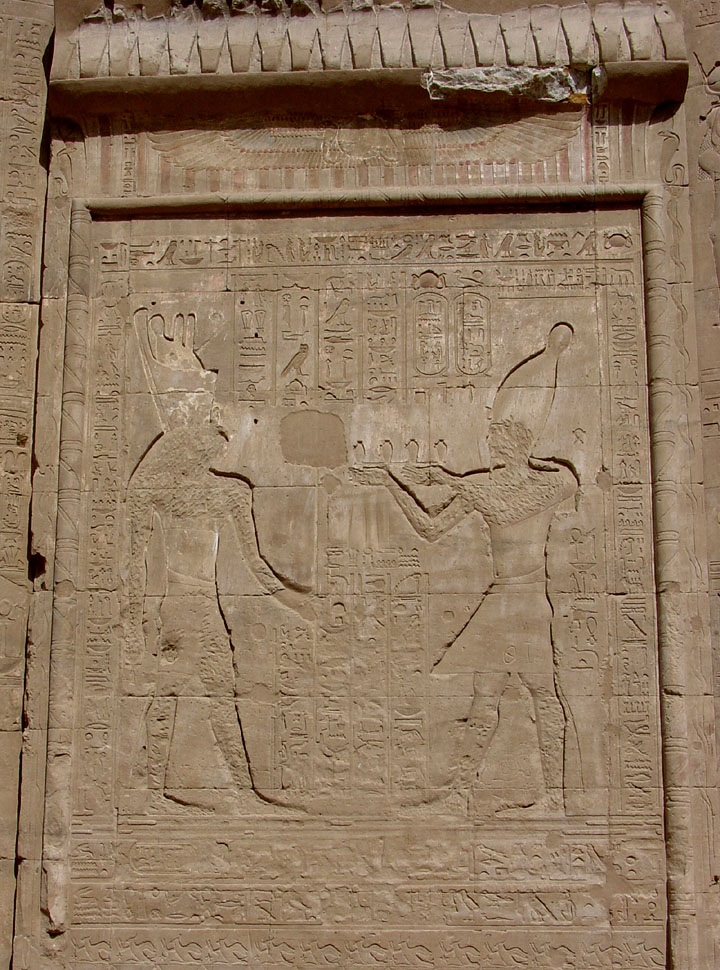 The reliefs are mostly situated on the inside of the first pylon, and spiritually connect this temple with Hathor’s Temple at the Dendera complex. 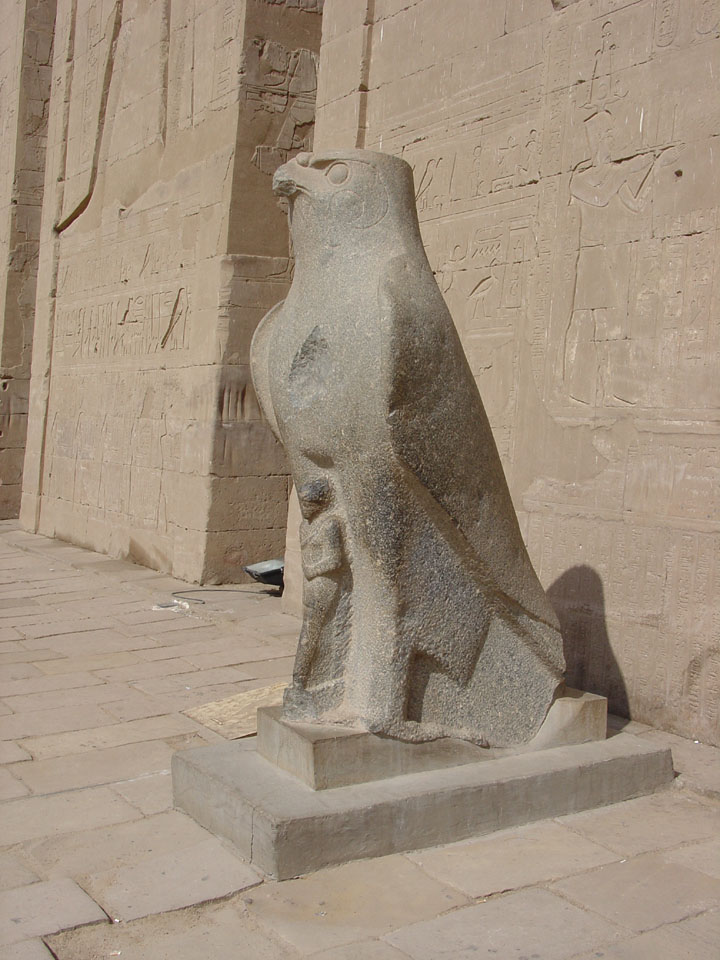 Horus as the falcon god

The facade of the first hypostyle hail has images honoring Horus and Hathor, and there is an immaculate ten foot tall colossi of Horus as the falcon god here. 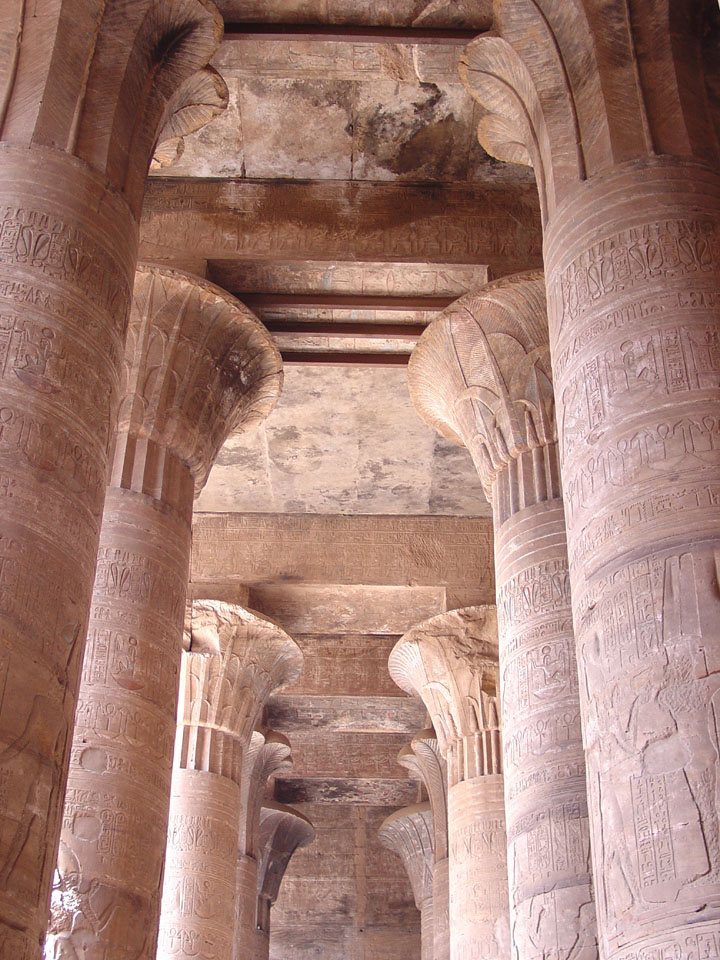 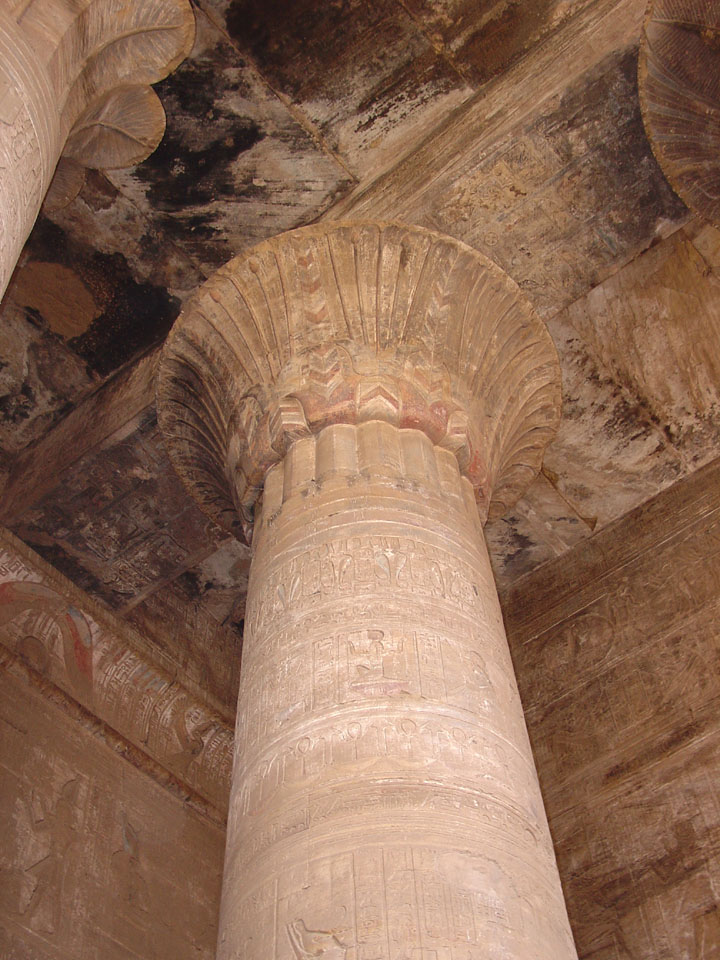 Beyond the great hypostyle hail is a second, smaller hypostyle hail which leads to a well called the Chamber of the Nile where the Priests obtained pure holy water. This is a similar arrangement as found at Dendera. 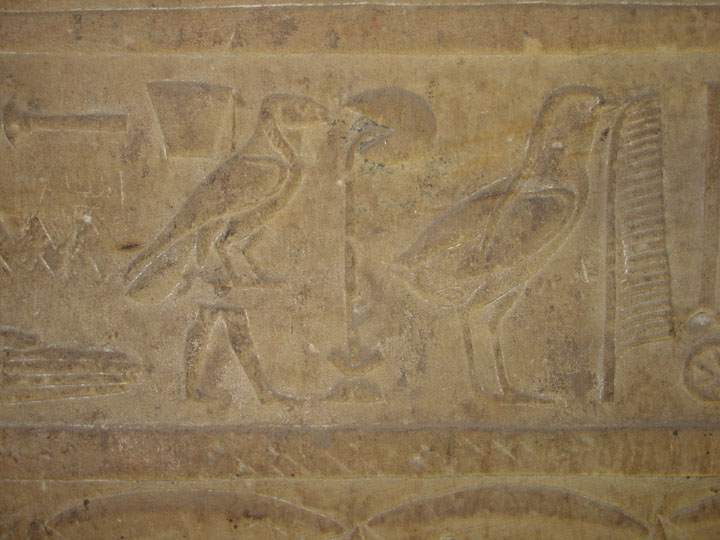 More Photos of Hieroglyphs at Edfu

Beyond the second hypostyle hail is the offering hall, followed by the vestibule and finally the sanctuary. 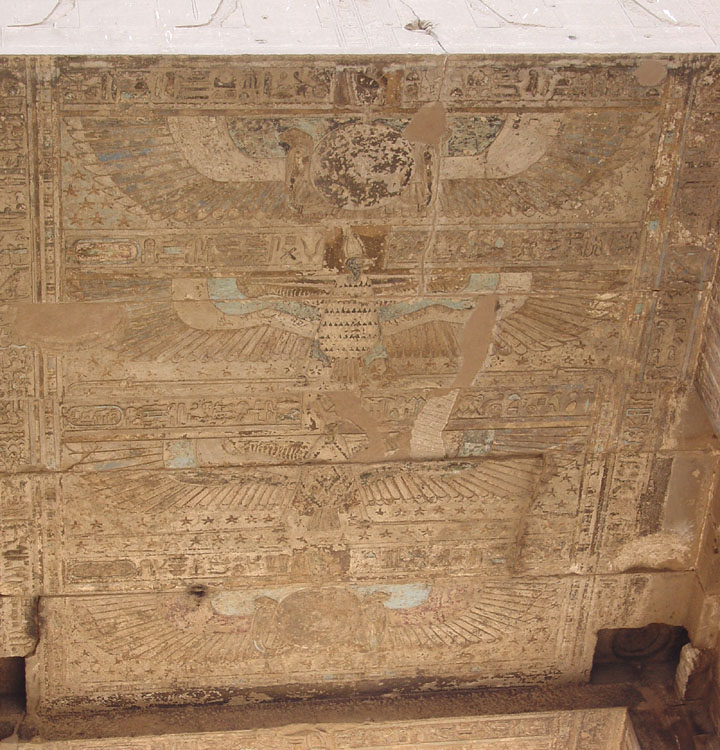 The sanctuary itself is surrounded by chapels and rooms towards resurrection. The front chapel on the east is the Chapel of the New Year, a sun court like that at Dendera. A depiction on the ceiling show the voyage of the solar barque through the Twelve Hours of the day, with an image of the goddess, Nut. 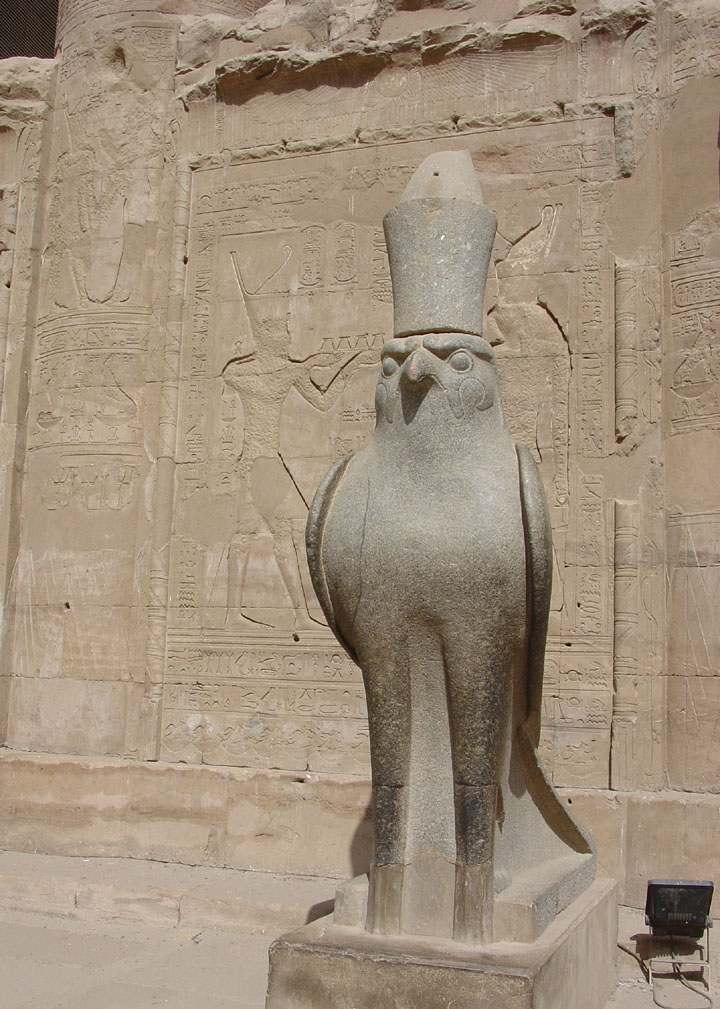 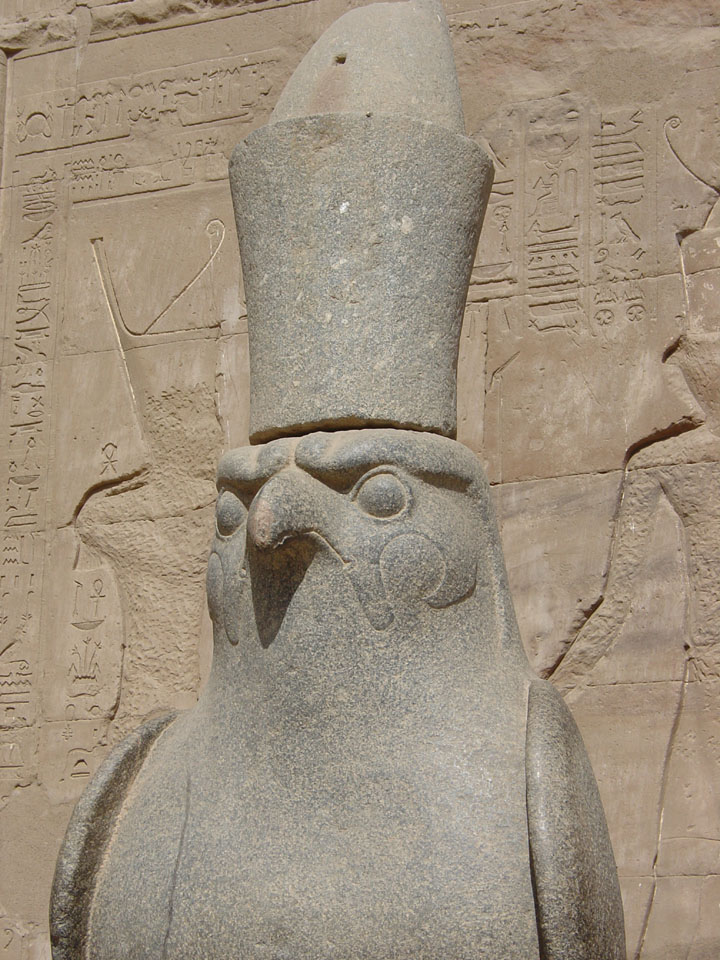 The town of vendors 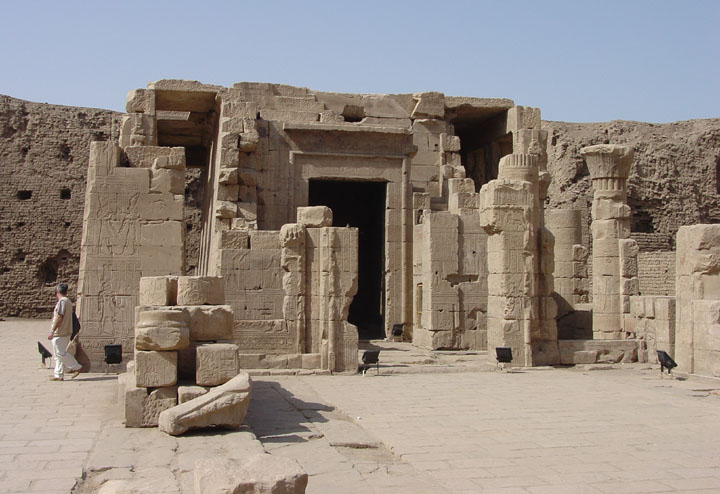 outside of the temple 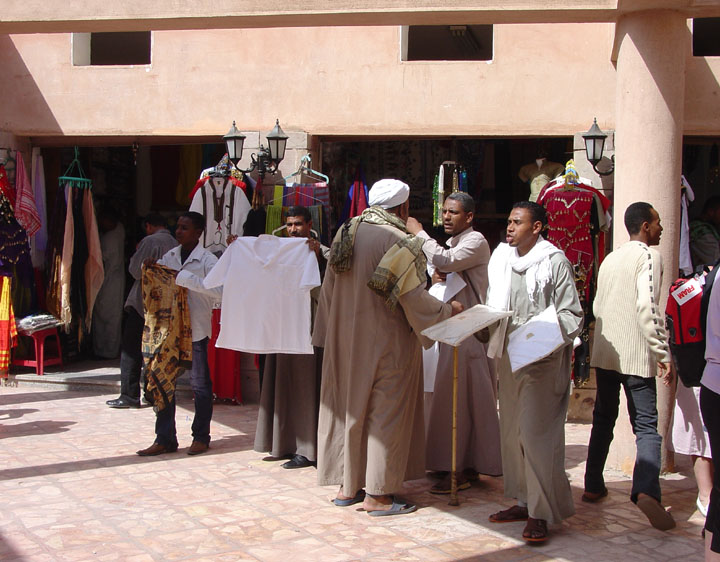 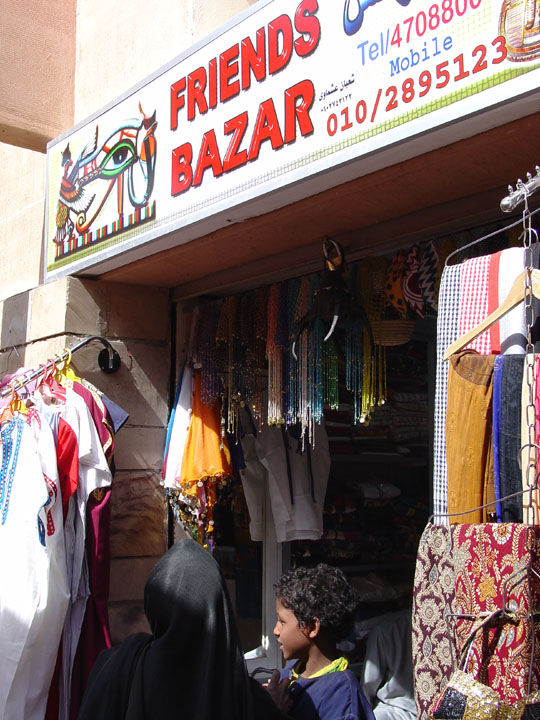 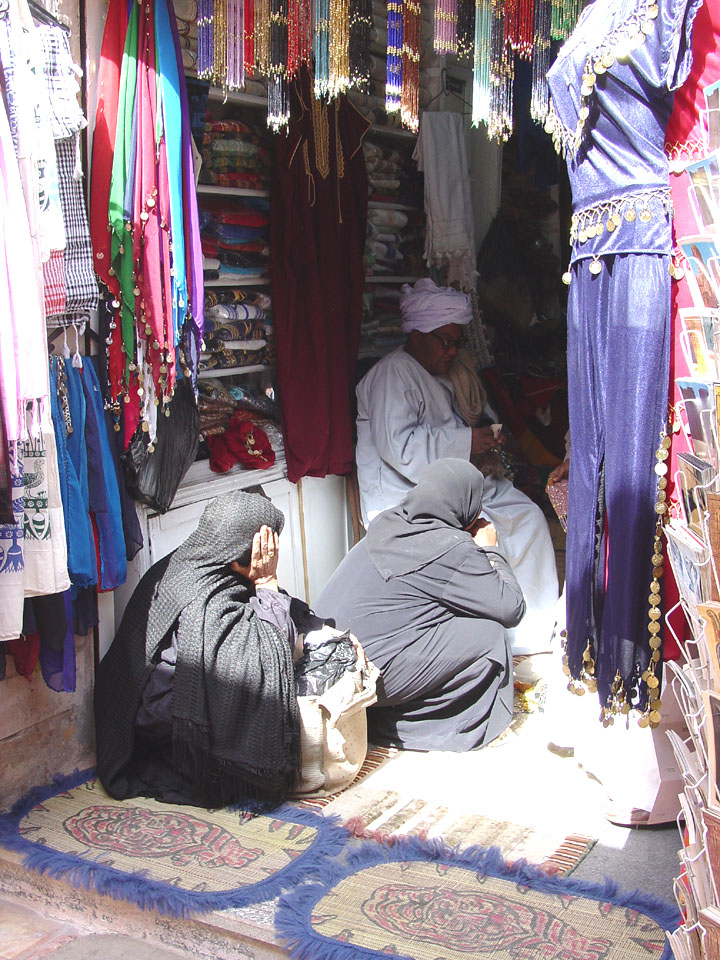