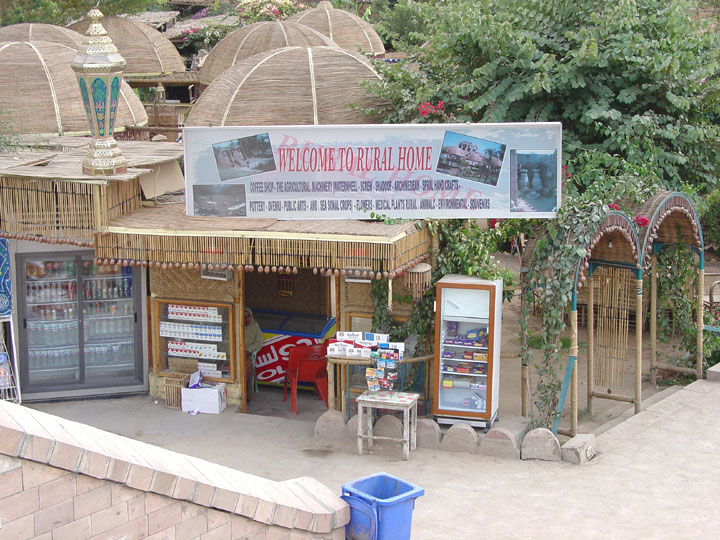 More Photos of the Agricultural  Scenes

The Town of Kom Ombo with approximately 274,500 inhabitants is located about 45 km north of Aswan. The local industry is primarily agriculture, including irrigated sugar cane and corn. Besides the native Egyptians, there is a large population of Nubians who were displaced from their land when Lake Nasser was created. 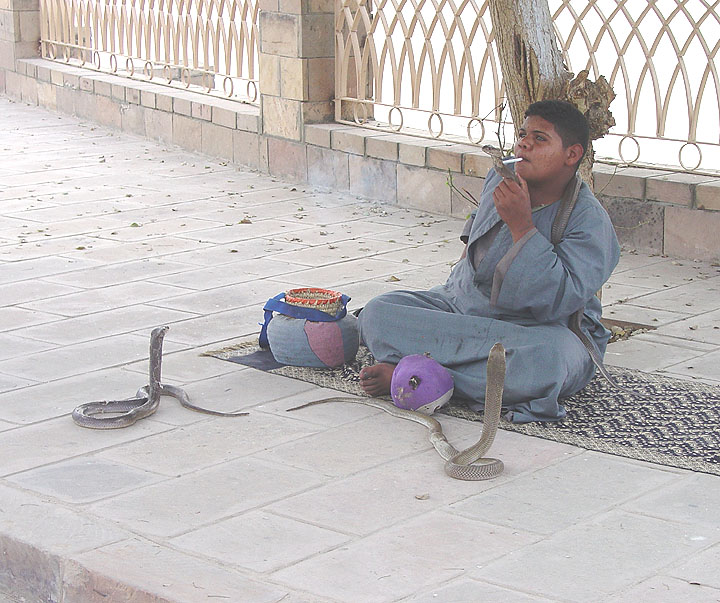 Kom Ombo is the ancient site of Ombos, which is from the ancient Egyptian word ‘nubt’, or ‘City of Gold’. In ancient Egypt, the city was important to the caravan routes from Nubia and various gold mines. 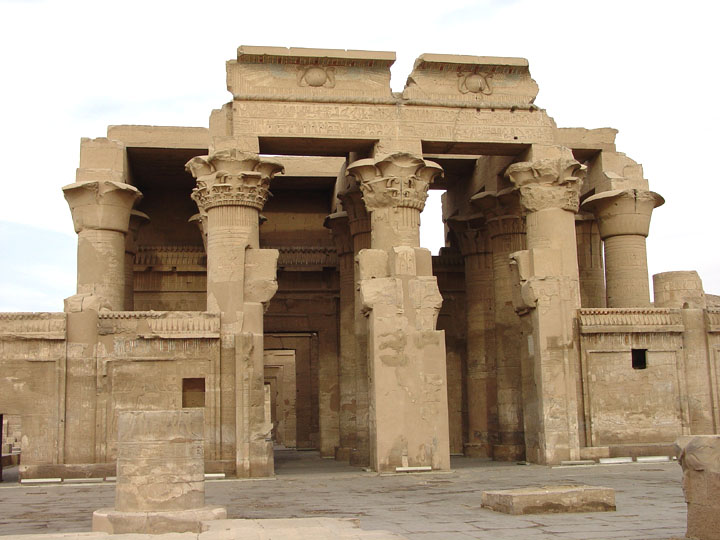 The major attraction here is the Temple of Kom Ombo, built during the GrecoRoman period (332 BC AD 395). The temple is very unusual. It was dedicated to two deities, each with their own associated chambers and sanctuaries. On the eastern side of the temple, the crocodile god Sobek (Seth), is honored with his wife who is here named as Hathor and their son Khonsu. On the west side, Haroeris or ‘Horus’ is accompanied by his wife Hathor-ta-sent-nefert and their son Panebtawy (Lord of the Two Lands). 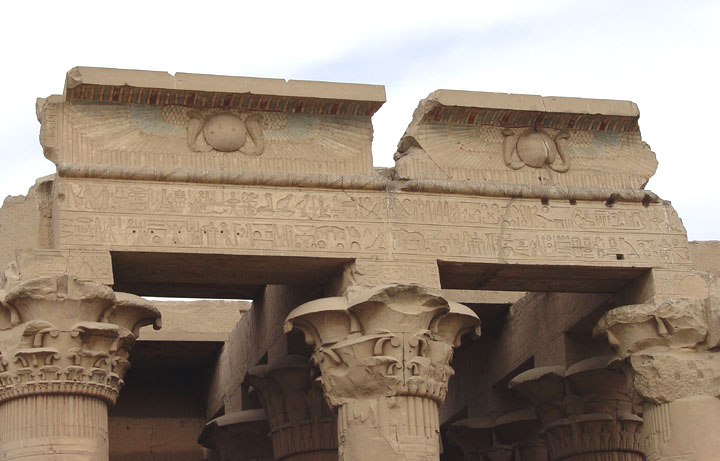 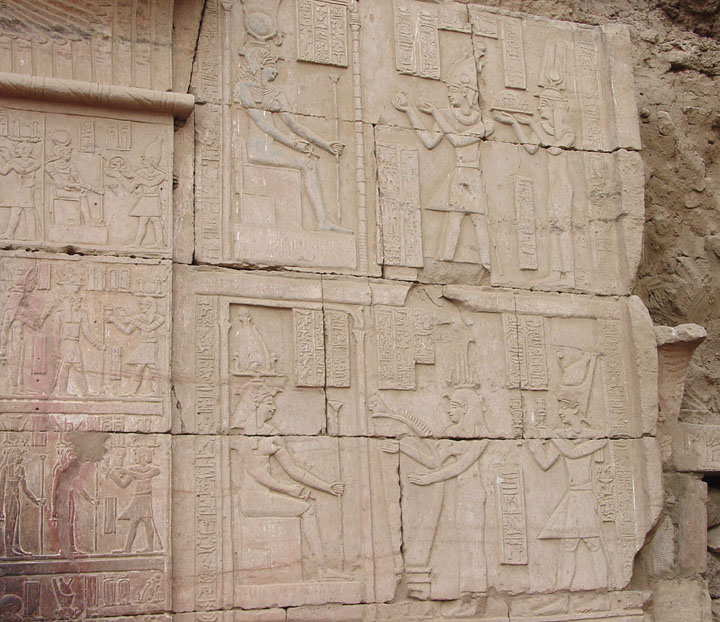 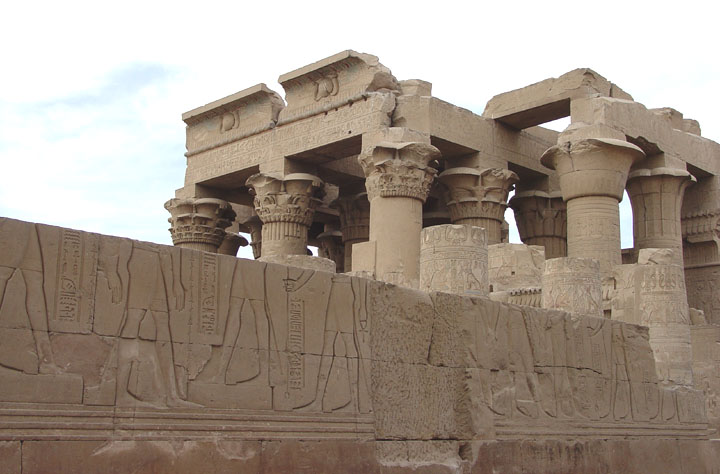 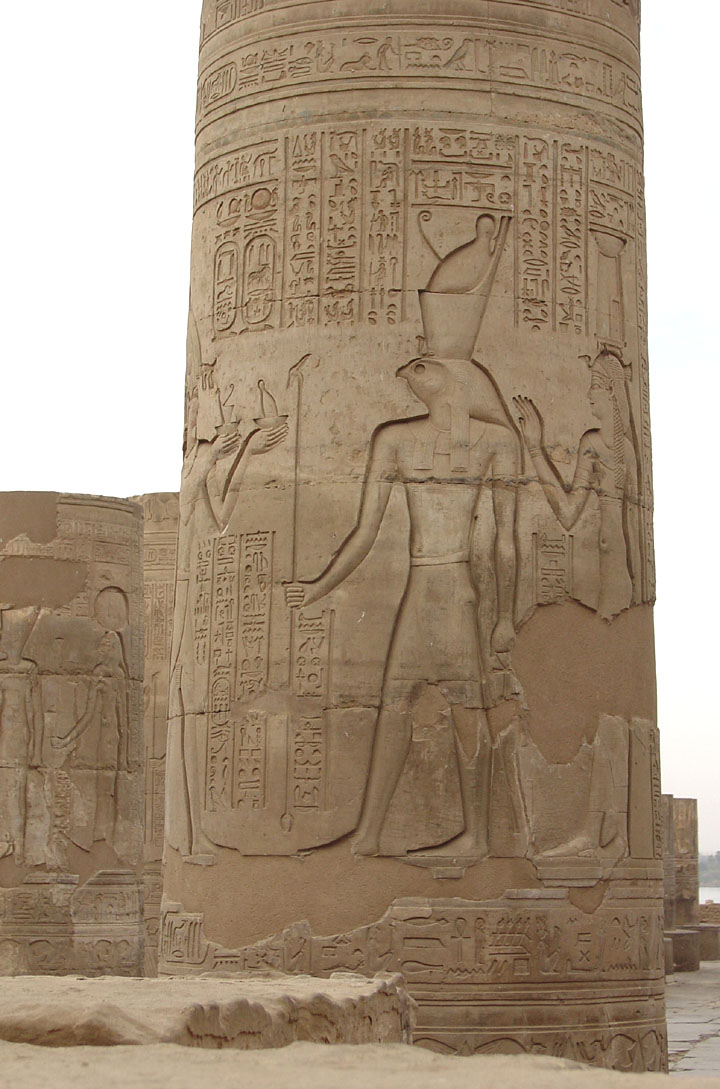 The main entrance pylon was destroyed, but entering through a portal at the southeast there is a large court with remains of a Roman columned portico. In the centre of the court stands the base of an altar with granite basins on either side which may have been used to catch ritual libations. 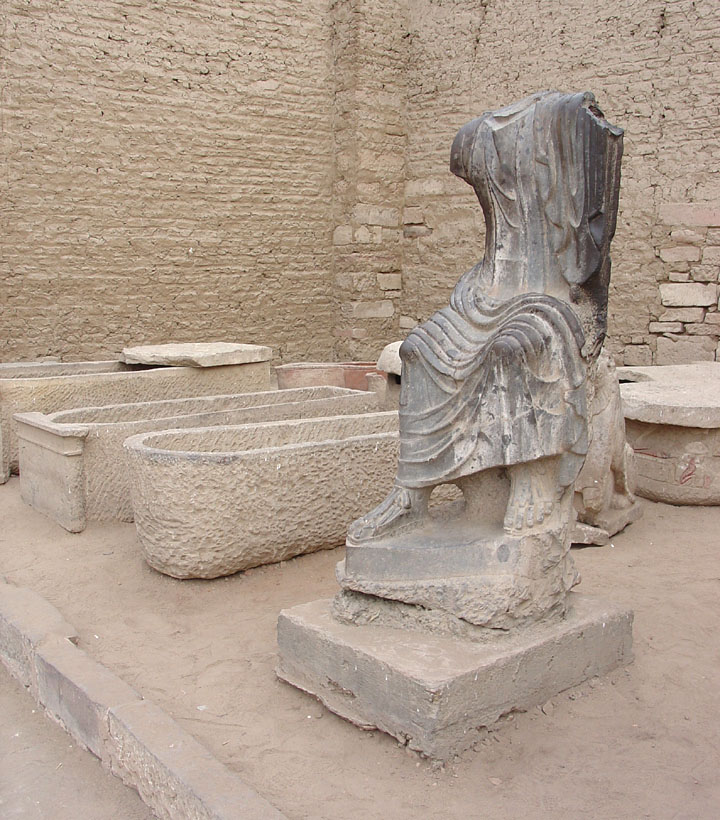 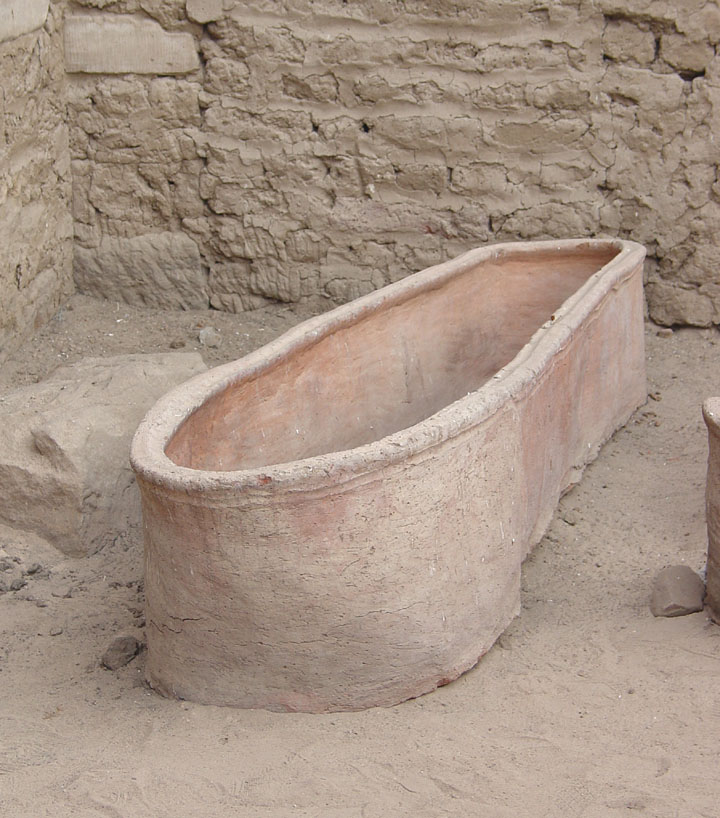 A passageway runs around the outside of the main temple building similar to other temples of this period, with a staircase leading to the roof. On the inside of the enclosure wall at the rear of the temple is a famous relief depicting what many scholars have suggested are surgical instruments. 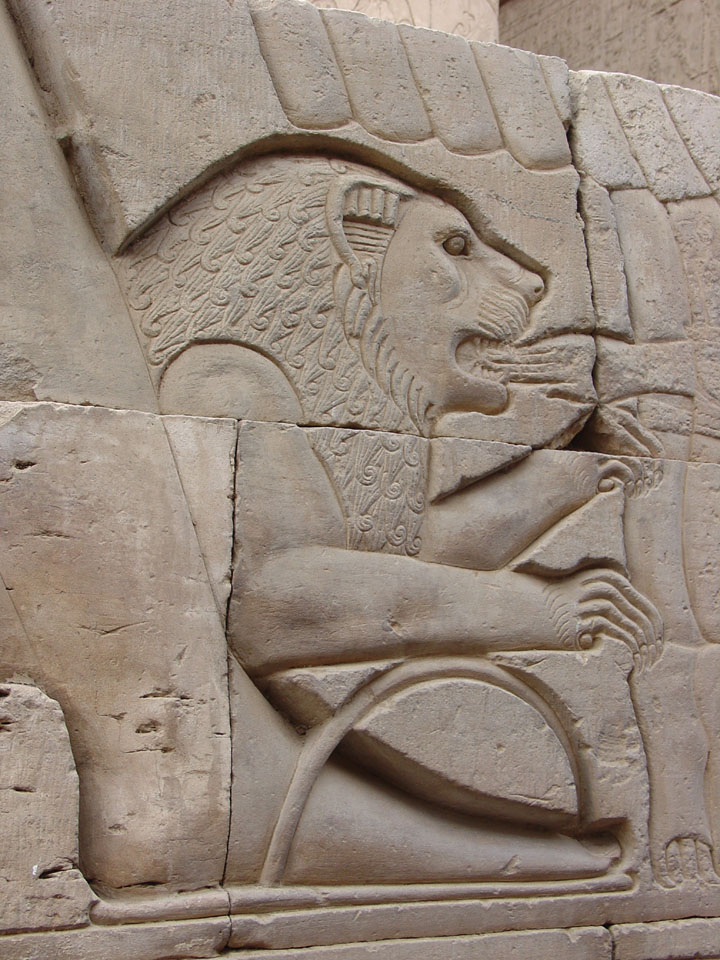 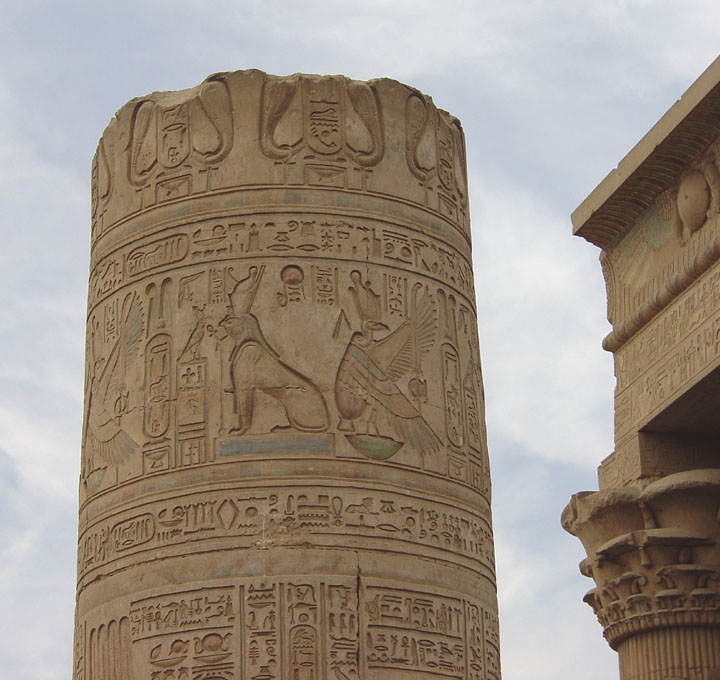 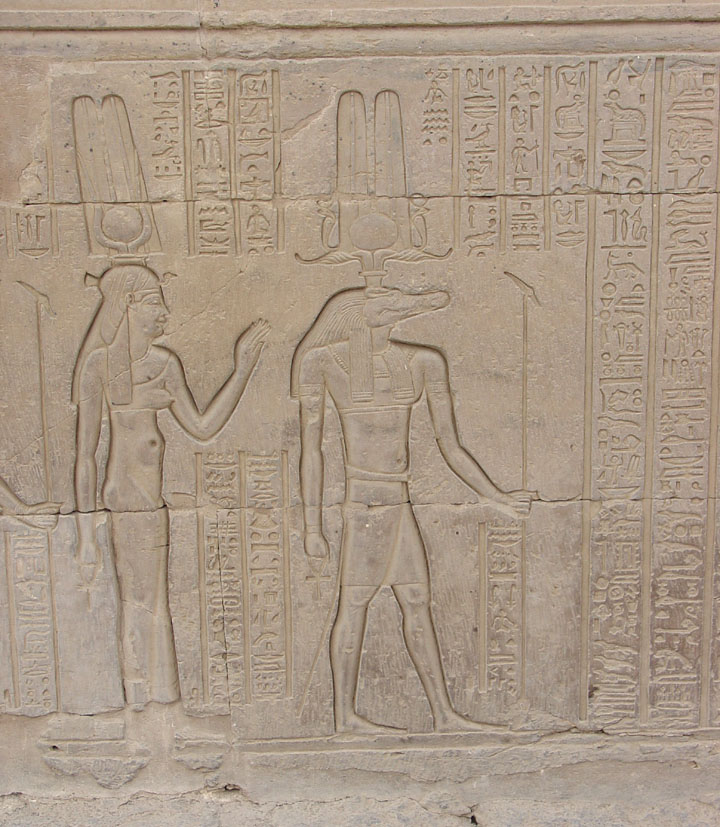 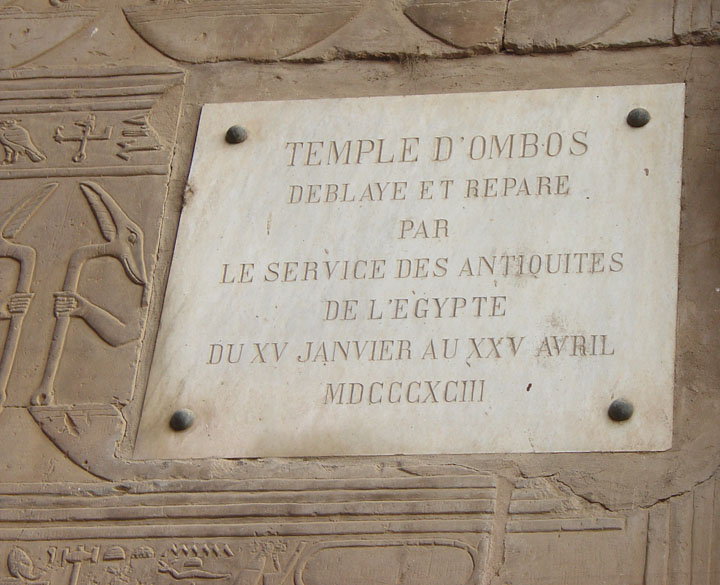 
In the centre of the opposite wall is an unusual false door showing both Sobek and Haroeris with their cult sceptres. Sobek’s sign of power is a lion-headed wand, while Haroeris has a curious knife with legs. To the south lies the Chapel of Hathor, where mummified crocodiles used to be stored.. 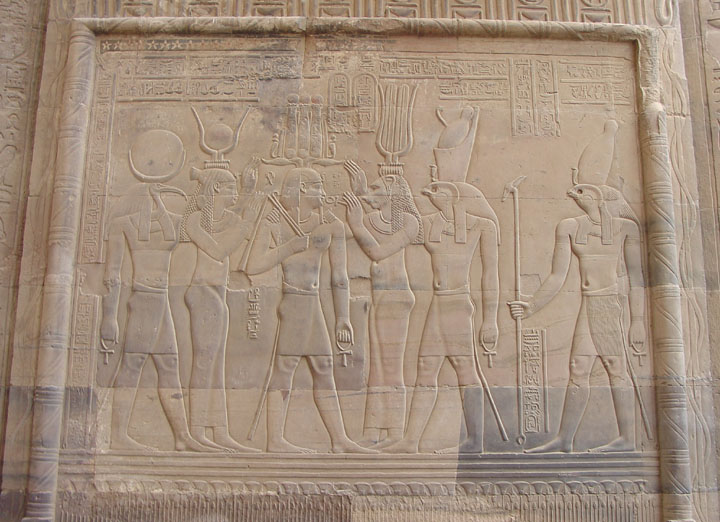 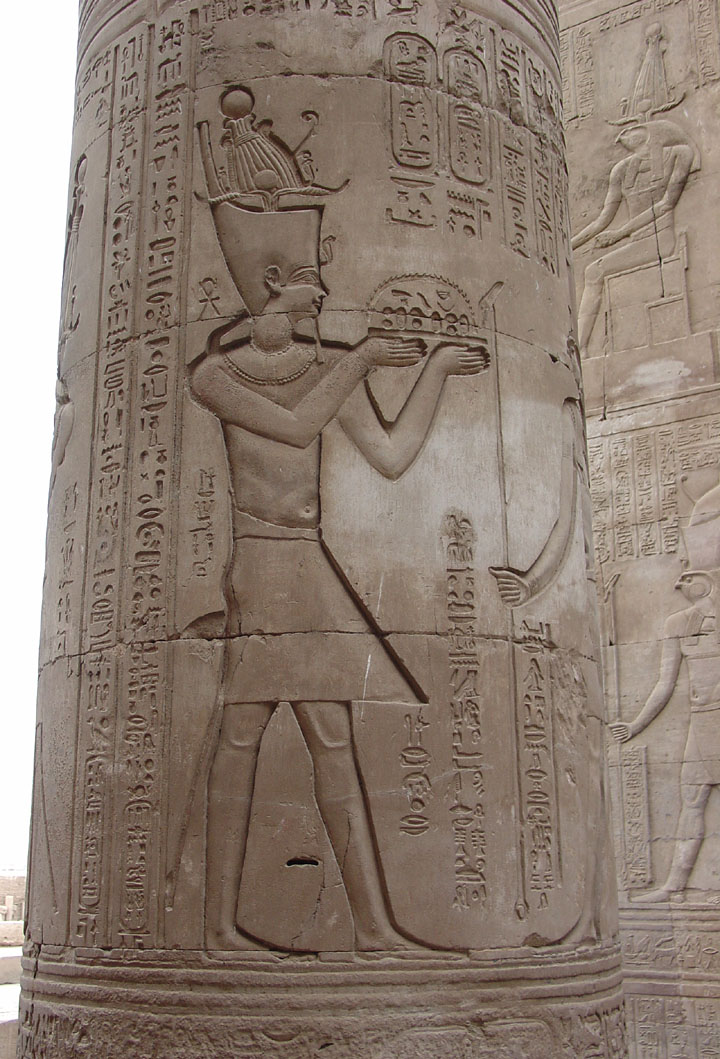 In the forecourt to the right of the temple entrance is a small chapel of Hathor where one can see the stored remains of mummified crocodiles and their clay coffins. Here you can also see remains of a very deep well. Remains of a birthhouse is situated at the northwest corner beyond the wall of the court and a portal of Ptolemy VII is at the northeast corner. 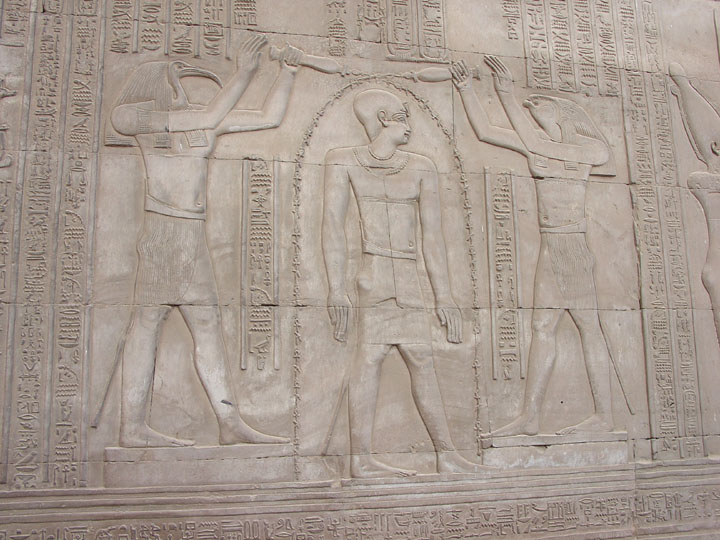 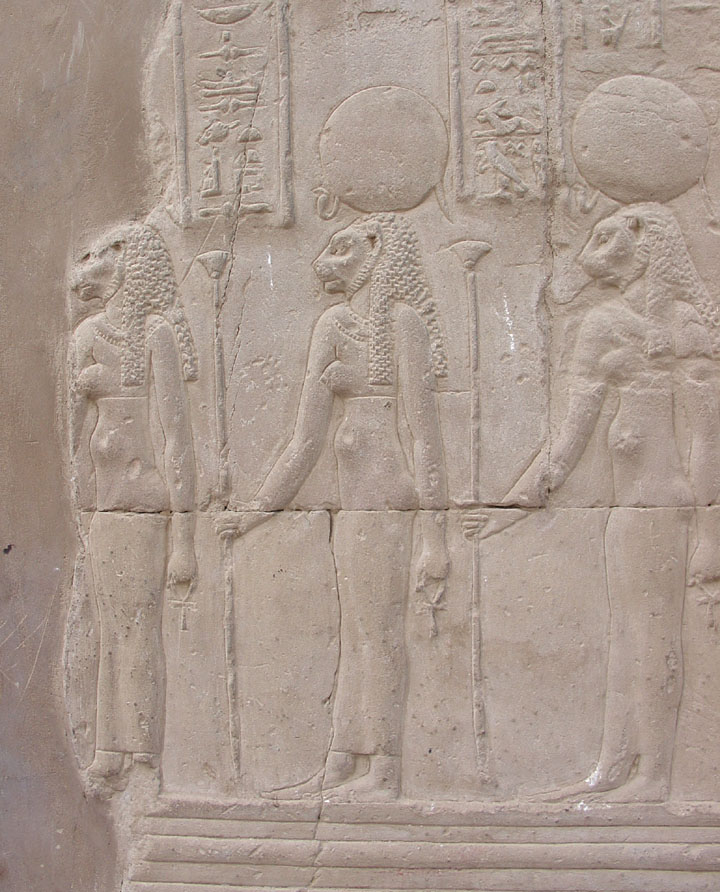 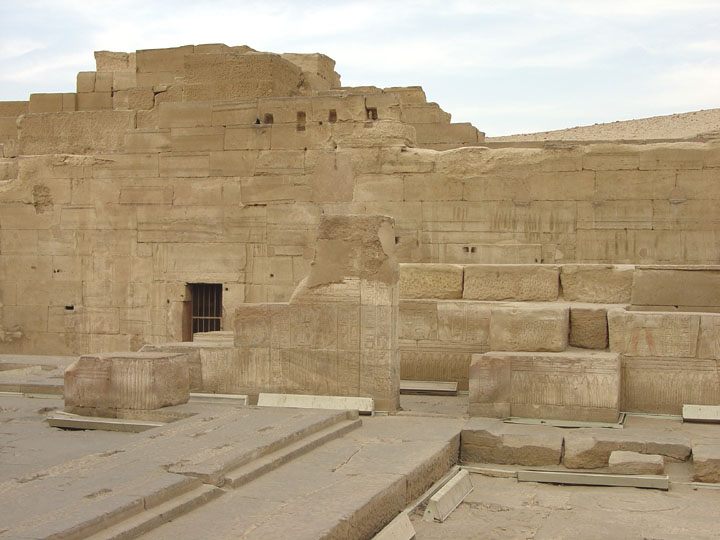 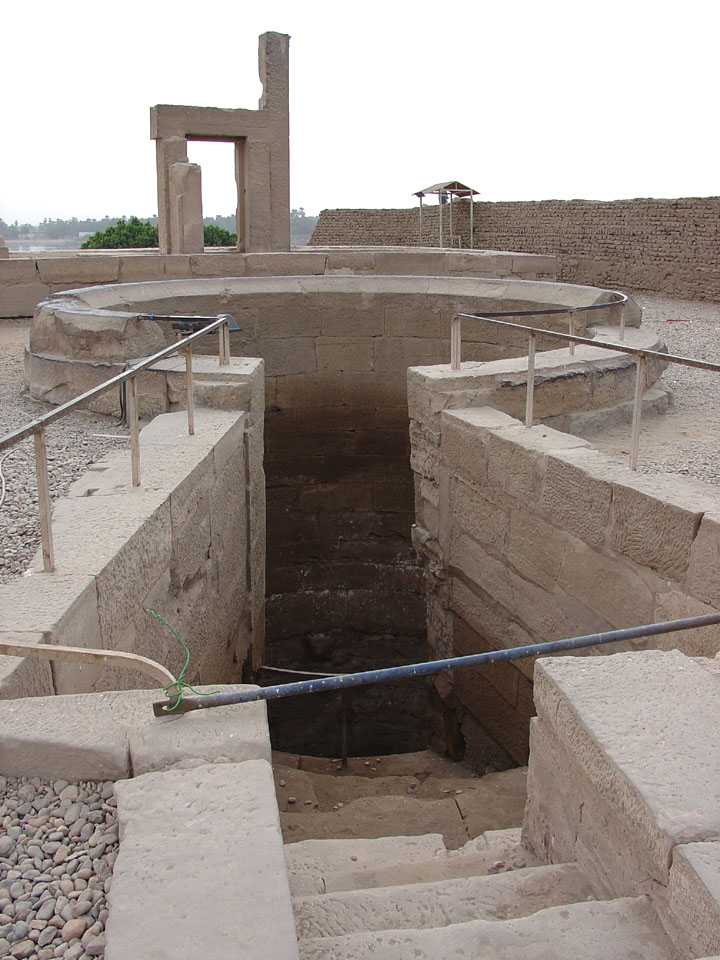 Nile gauge
deep shaft to the level of the Nile river 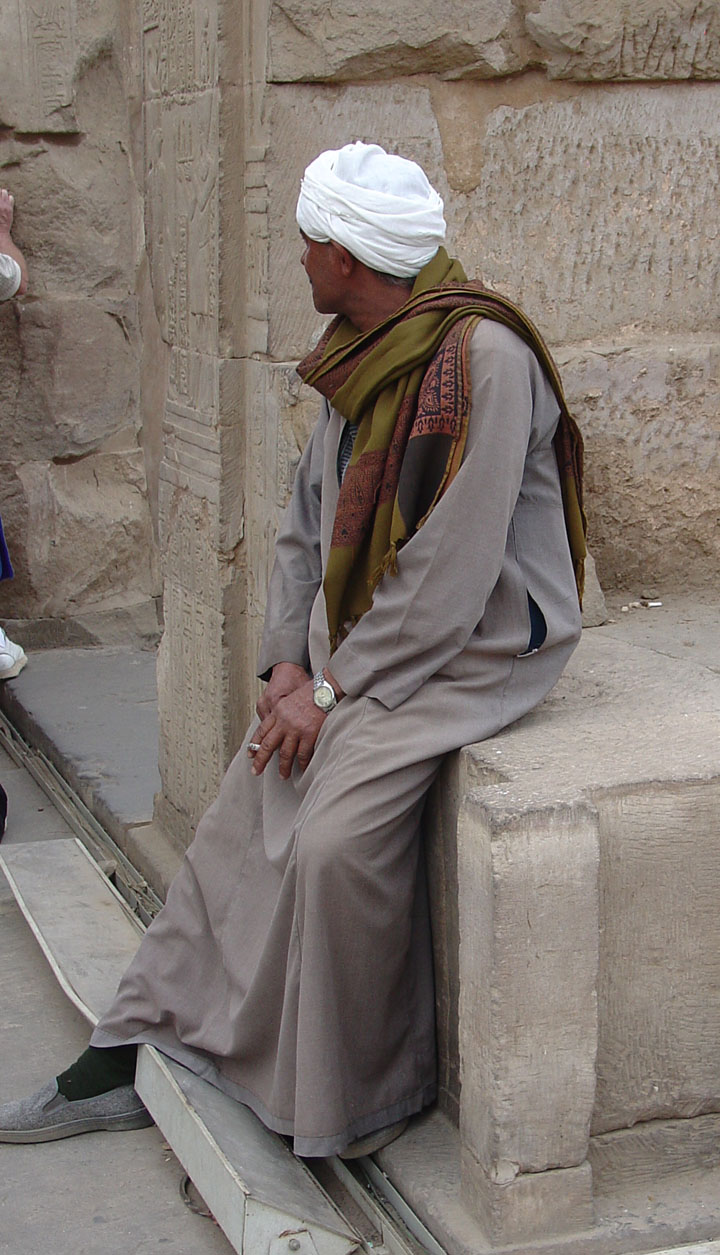 the ever alert guard of this antiquity