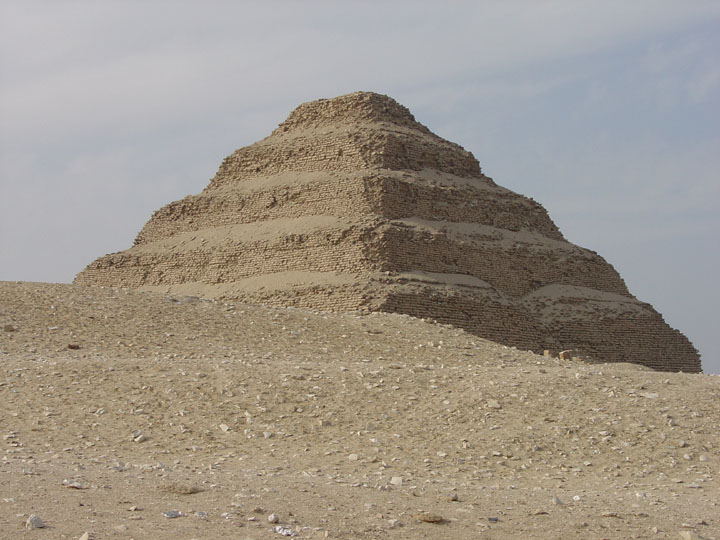 Designed by Imhotep. chief architect of the III Dynasty pharaoh Djoser. this six-tired funerary chamber was the first pyramid. Prior to its construction. pharaohs were buried beneath rectangular mastabas. Imhotep created a pyramid by stacking six increasingly smaller mastabas on top of each other. Later pharaohs took it a step further to create the pyramids seen at Giza and elsewhere. An extensive funerary complex surrounds the pyramid. 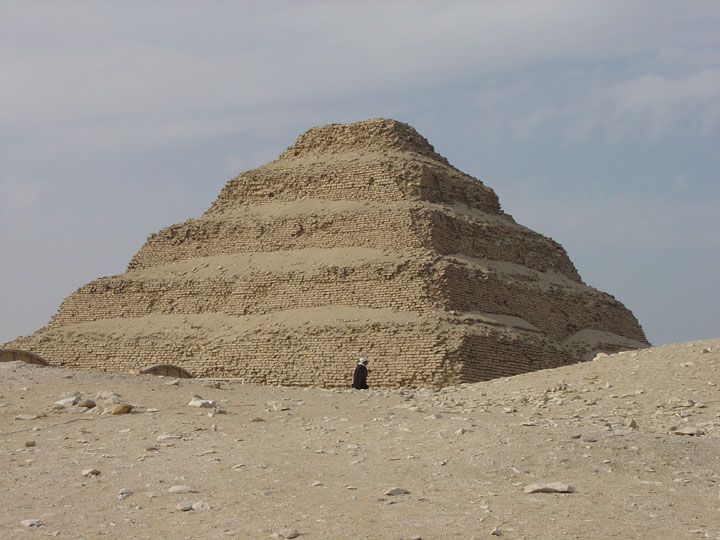 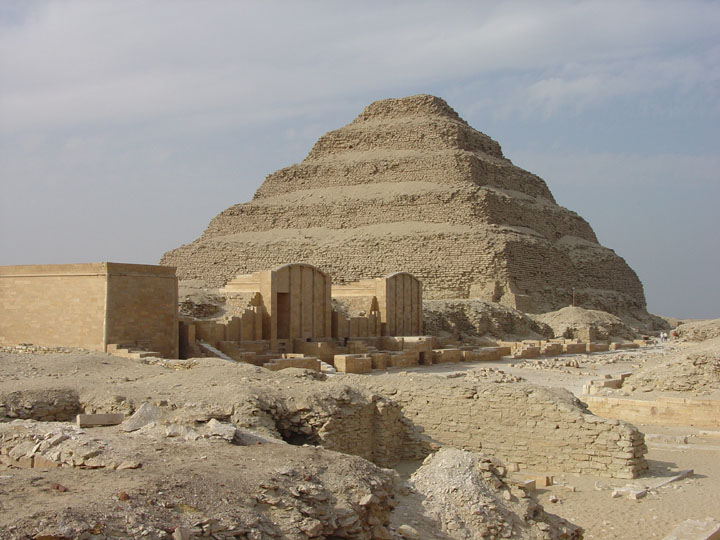 Heb-Sed (Jubilee) Court in front of the pyramid 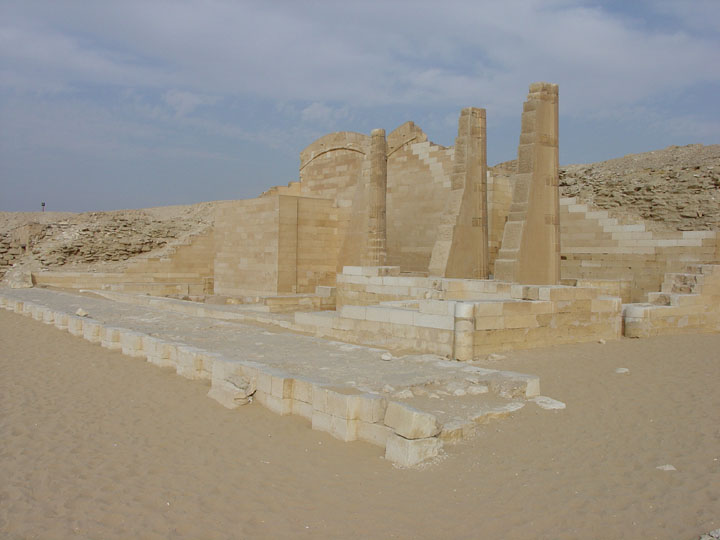 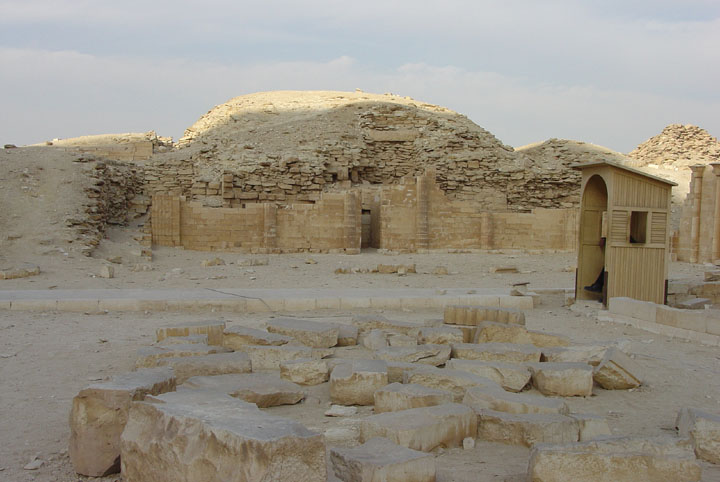 lower part of the court 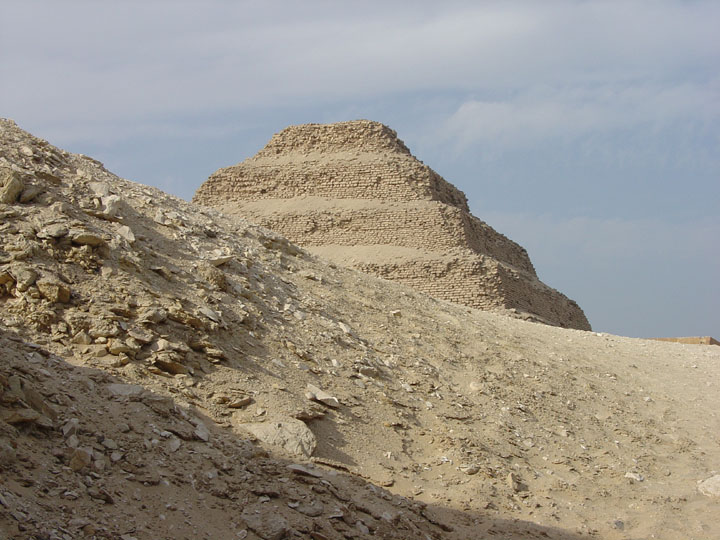 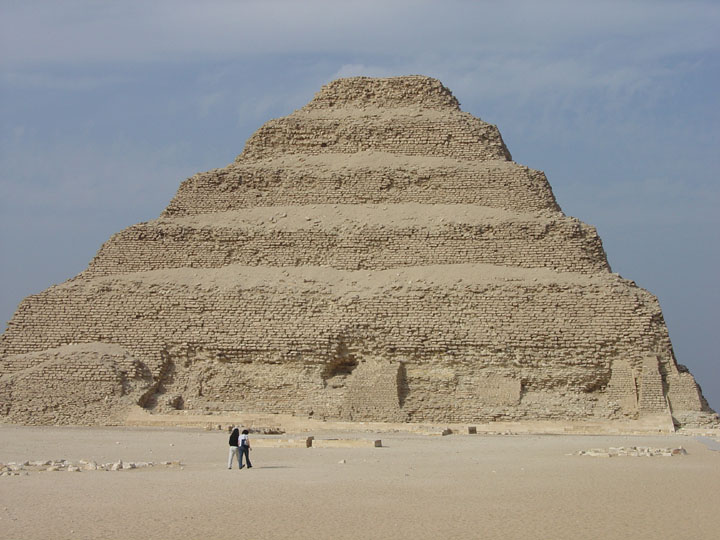 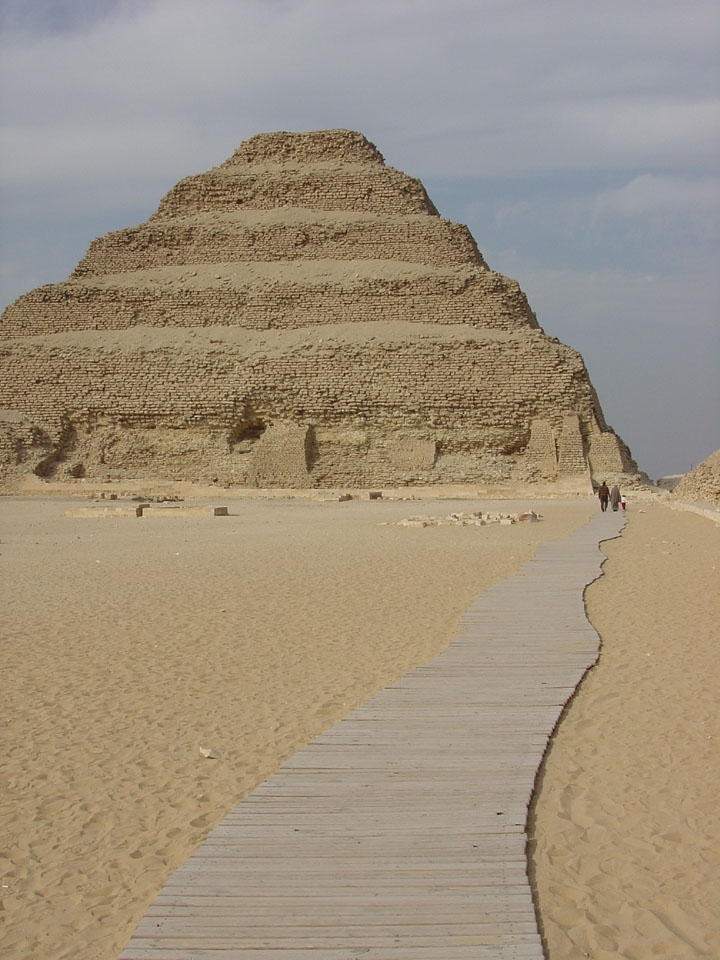 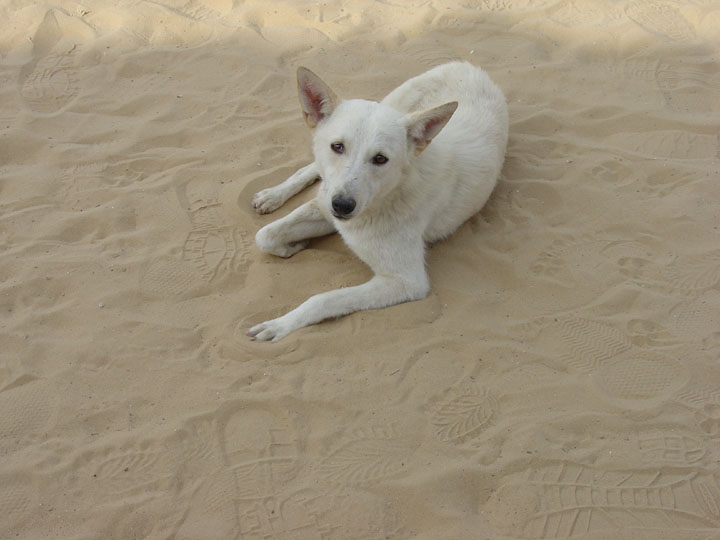 guide to the funerary complex 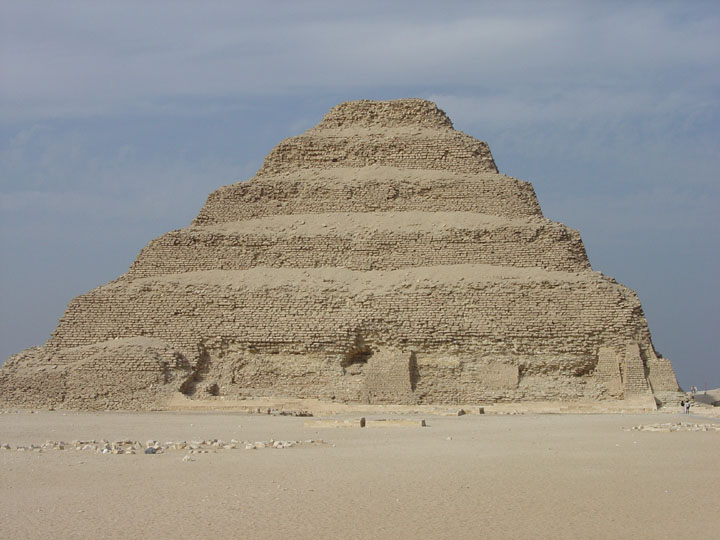 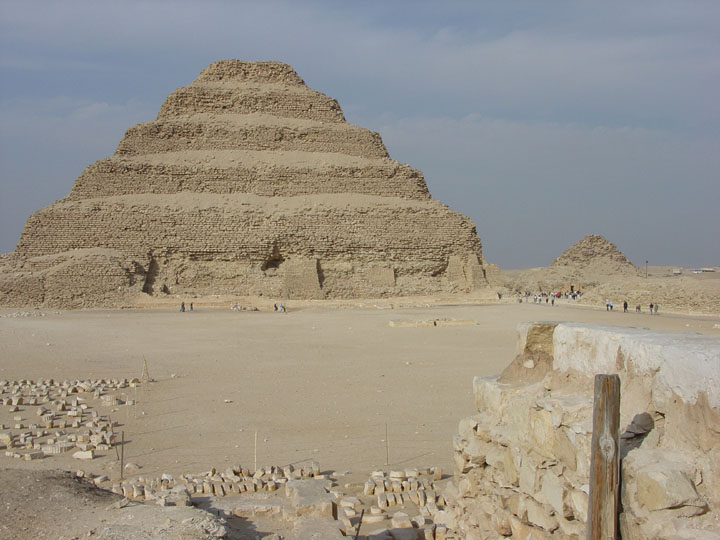 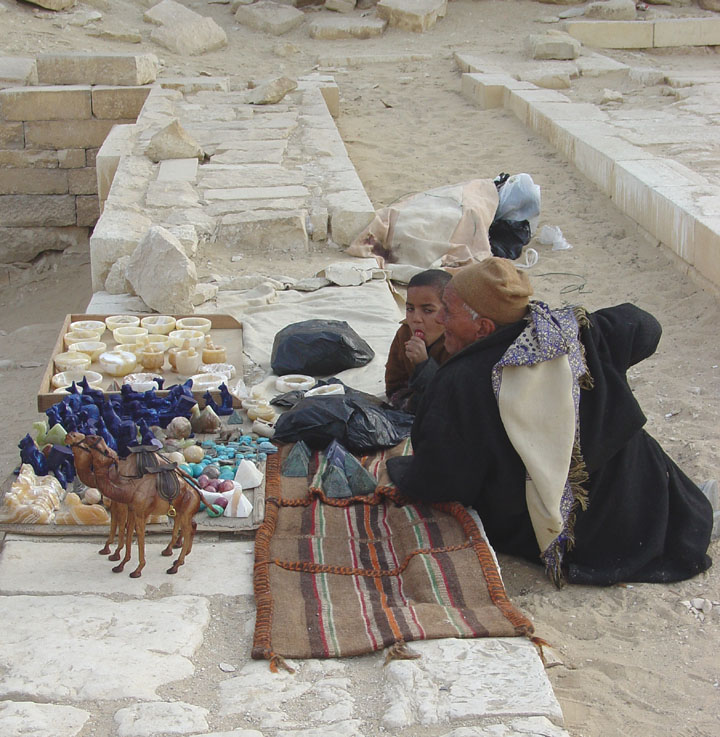 alabaster bowls, rock eggs, or rock on a string 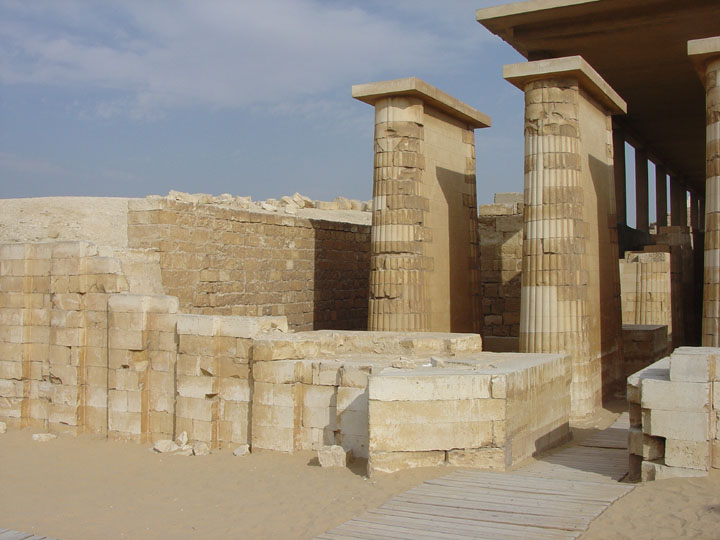 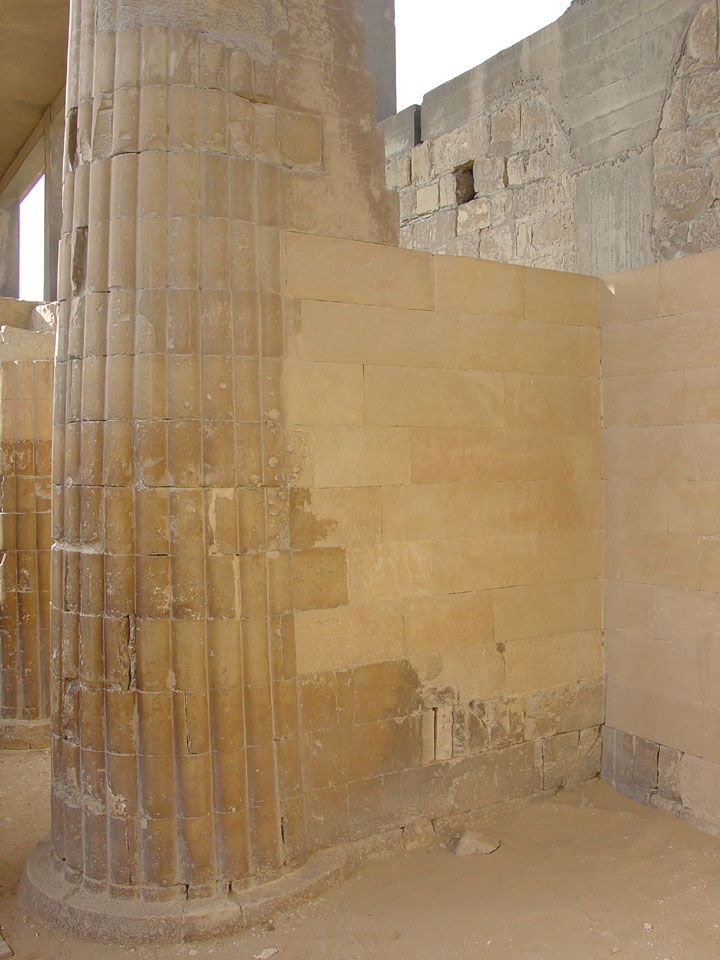 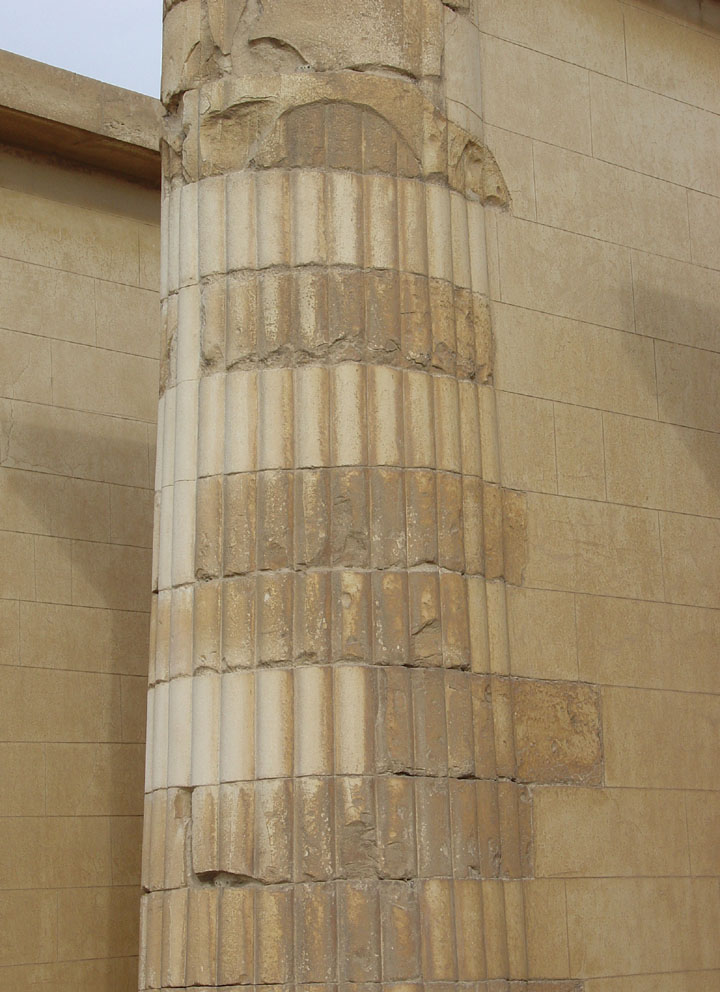 House of the South 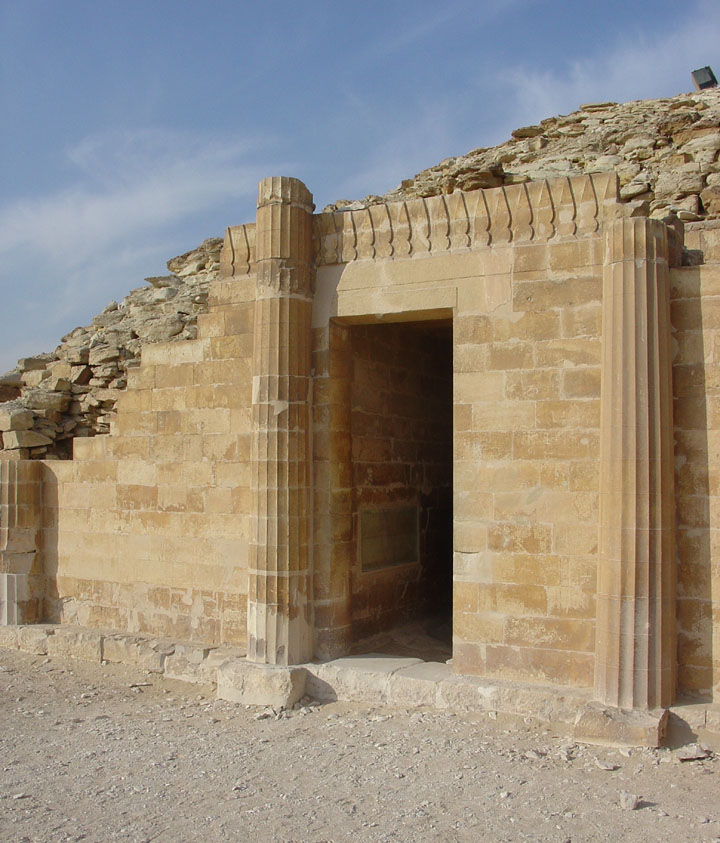 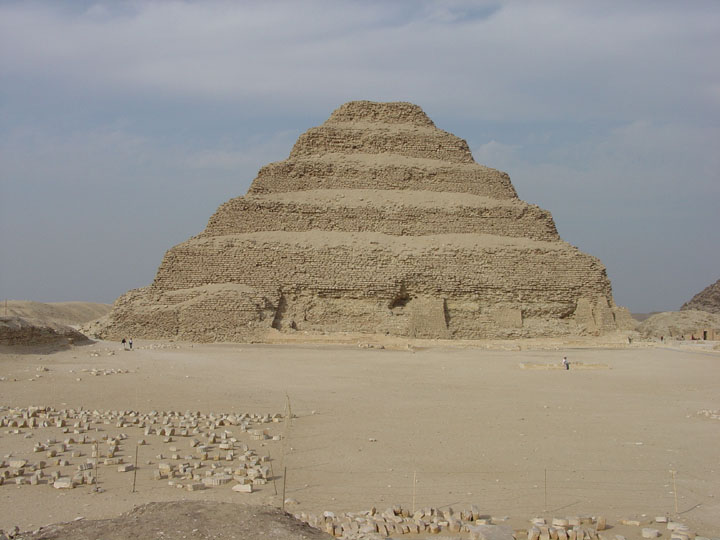 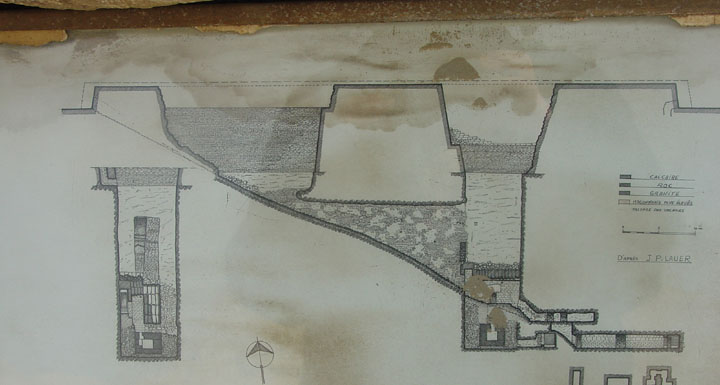 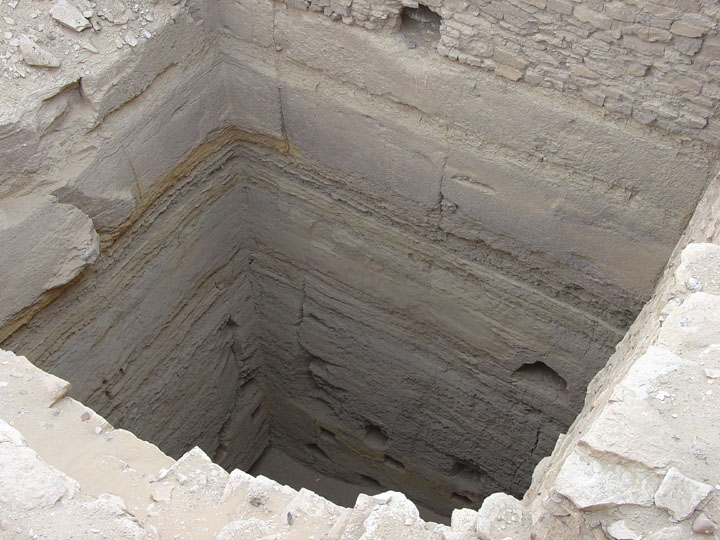 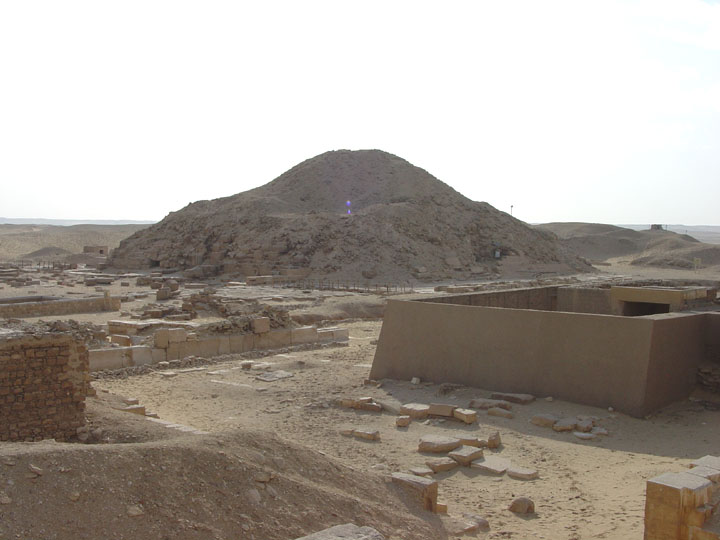 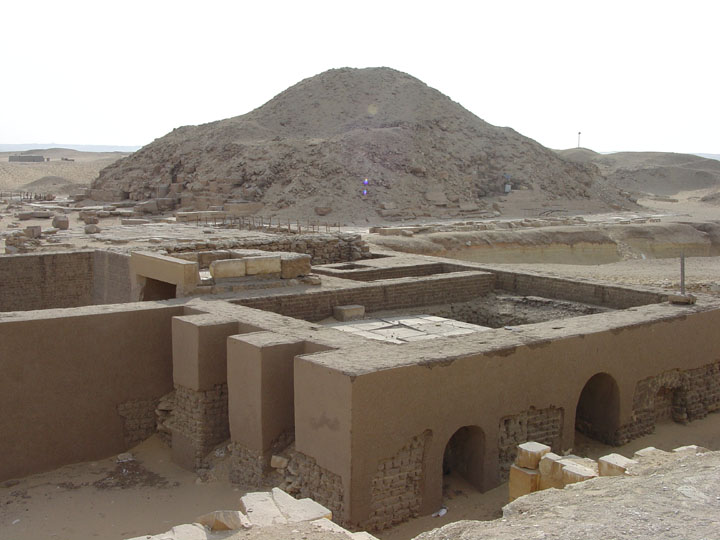 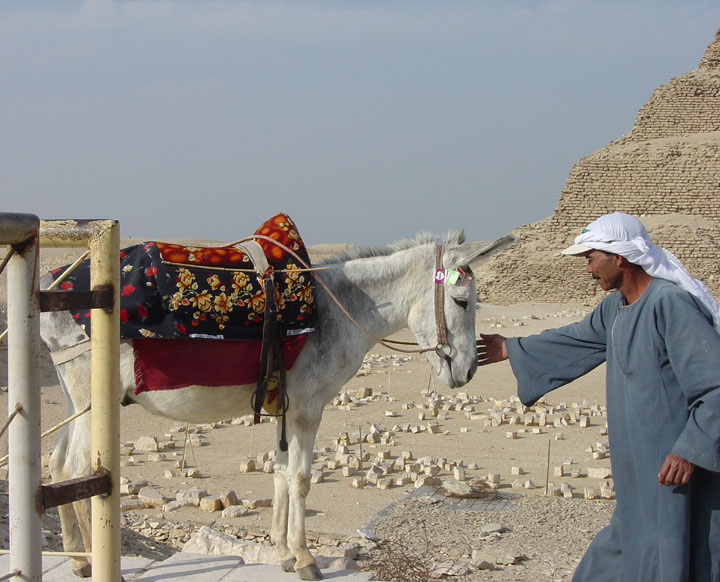