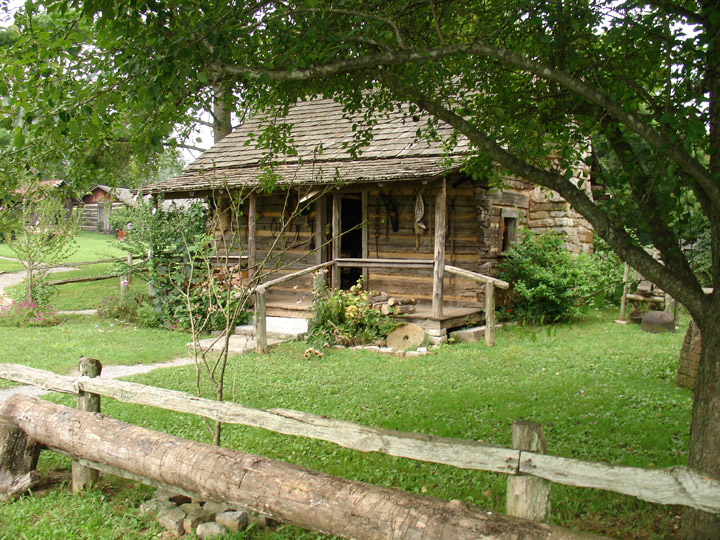 an Appalachian cabin from "Possum Trot", Tennessee
(home of Mark Twain's parents and some of their children) 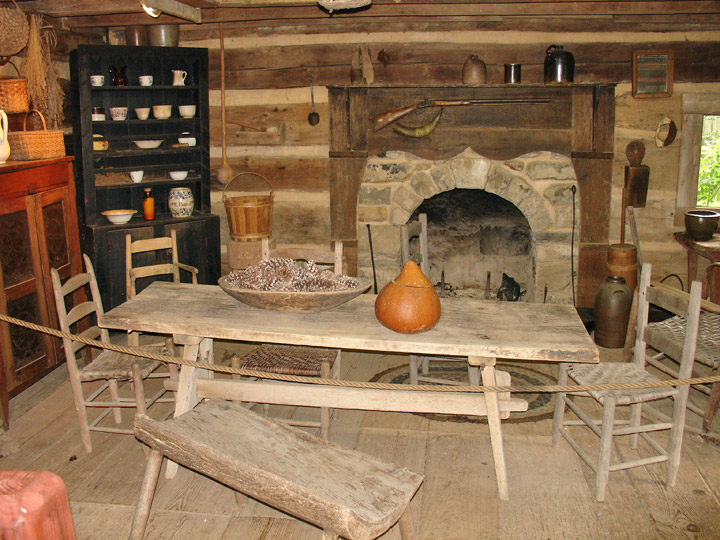 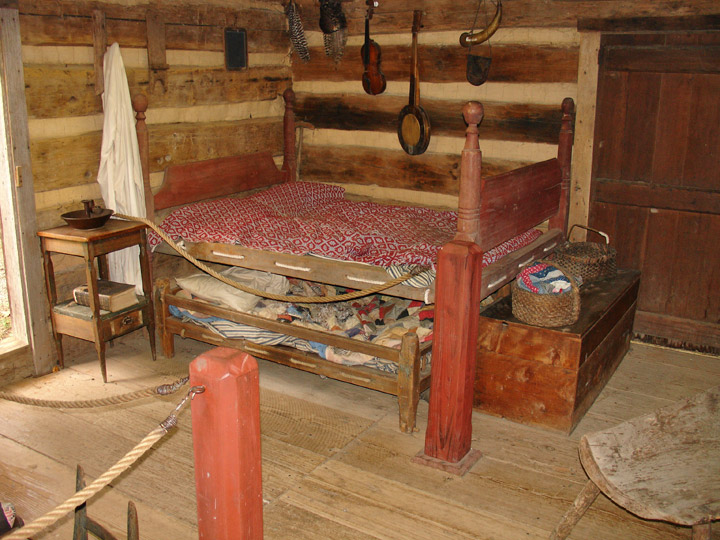 the small bed slips under the higher one

The Appalachian Region consists of highlands running from the mountains of west-central New York in the north to central Alabama in the south. It includes the Appalachian Mountains and a number of surrounding features. The mountains lie roughly parallel to the Atlantic Coast and rise from the Coastal Plain, a flat, low-lying area that stretches along the East Coast from southern Maine to Texas. Between the coastal plain and the mountains is the Piedmont, an area of rolling foothills. To the west of the Appalachians is the Appalachian Plateau, an area of hilly uplands that extends from Pennsylvania to Alabama and descends gradually to the lowlands of the central United States. 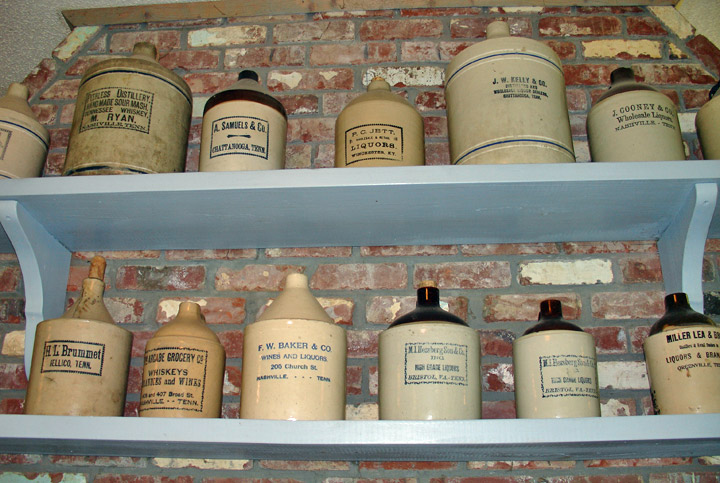 Other Photos of Appalachian items in the Museum 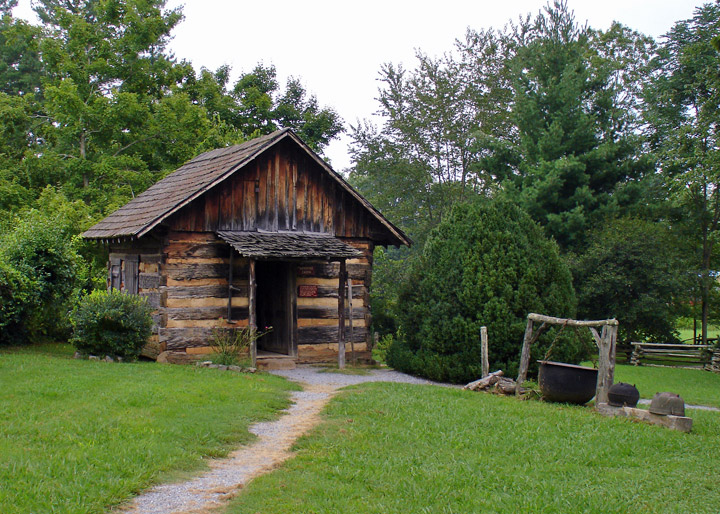 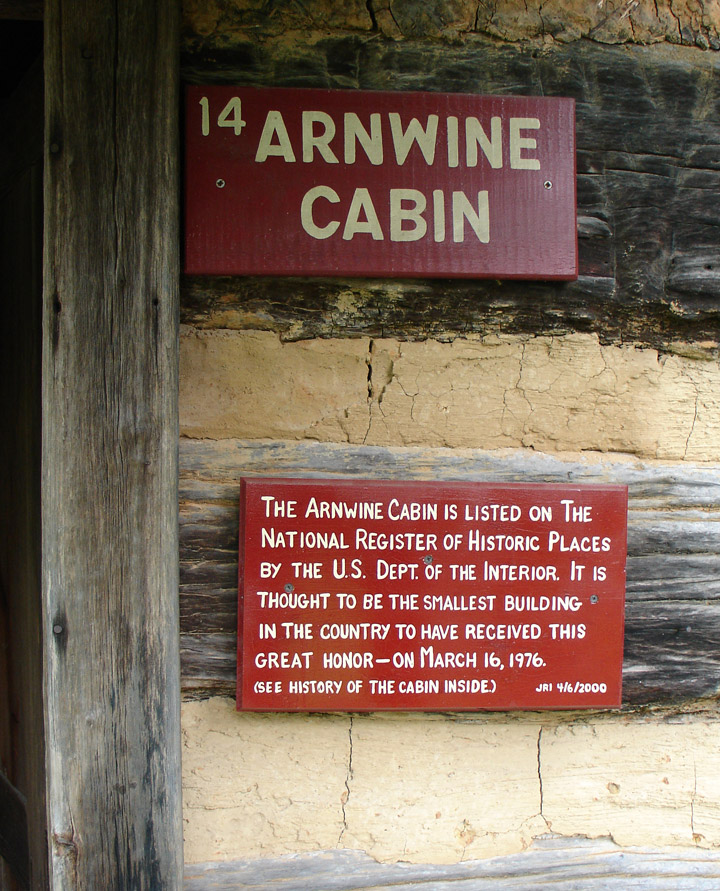 The Blue Ridge is made up of igneous and metamorphic crystalline rocks and includes the highest mountains in the eastern United States. In North Carolina, Mount Mitchell, in the Great Smoky Mountains, is the highest point in the region at 2,037 m (6,684 ft) above sea level. Because of heavy rainfall and warm temperatures, the Blue Ridge area is covered with an impressive forest. The ridges vary in shape and size, but the valleys are mostly flat, narrow, and cleared for agriculture. 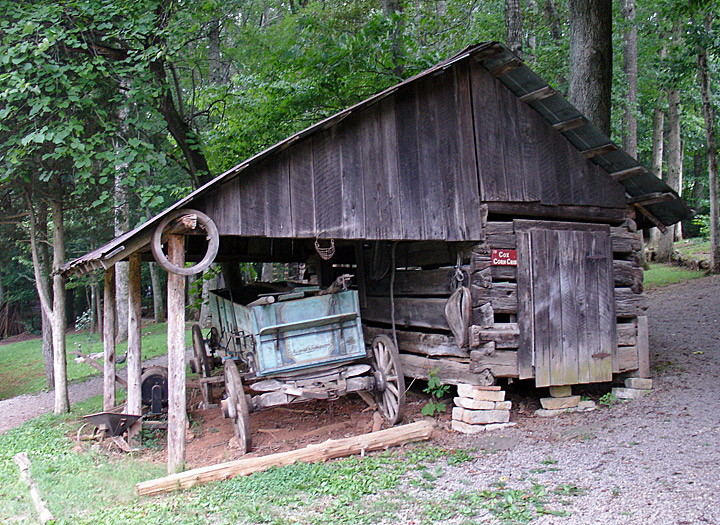 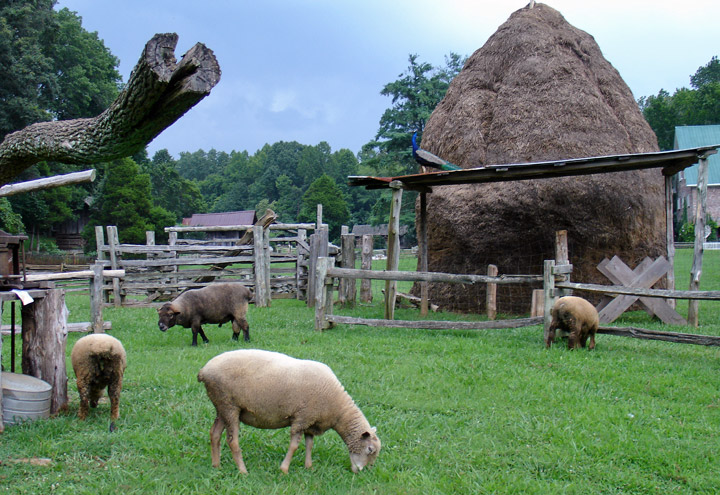 the farm with the sheep and the hay stack

Other Photos from the Appalachian Farm

Just west of the Blue Ridge is the Great Valley, a natural lowland route running northeast-southwest. The valley is known locally as the Cumberland Valley and the Shenandoah Valley. To the west of the valley, the Appalachian Plateau is chiefly hill country. 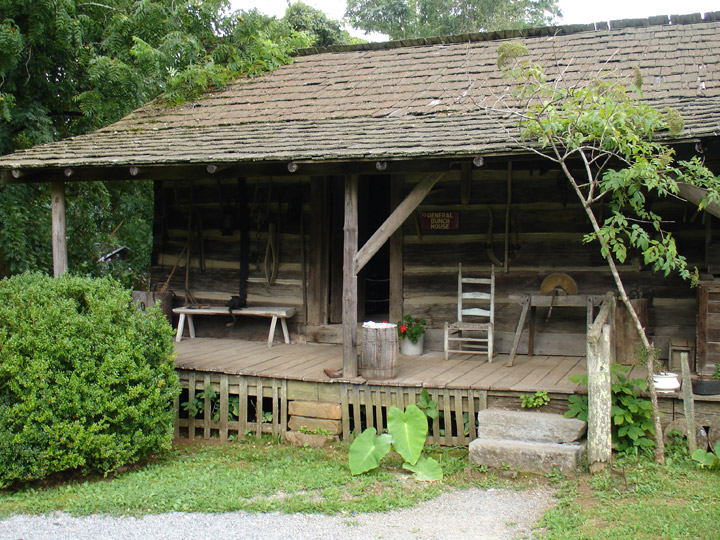 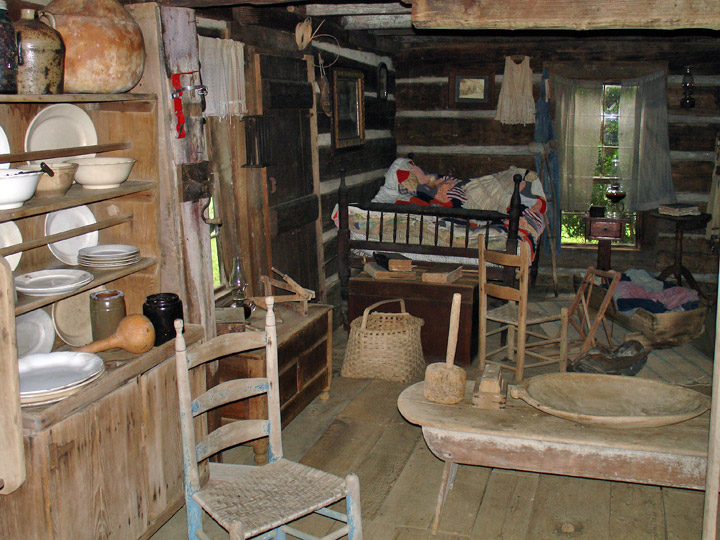 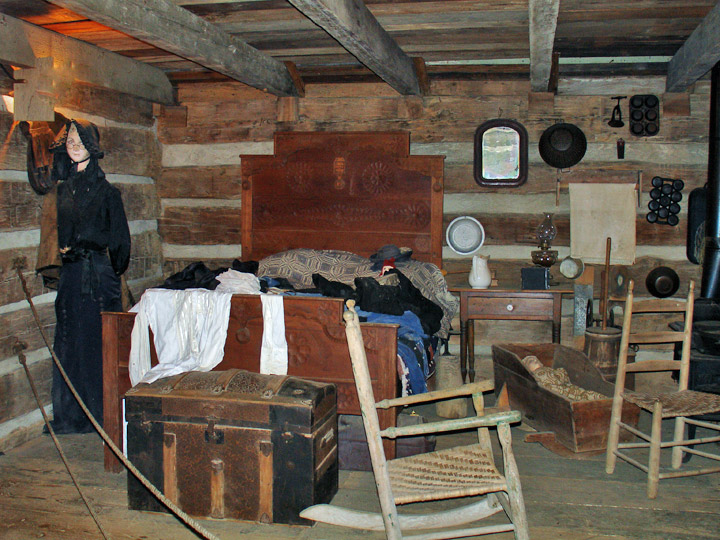 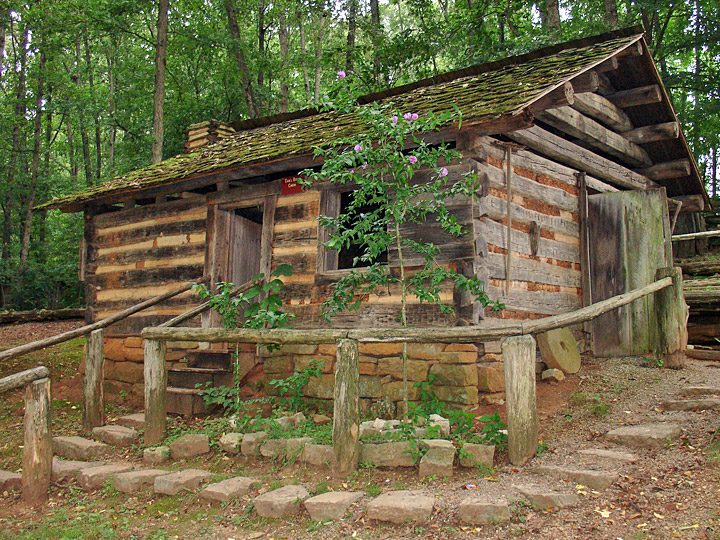 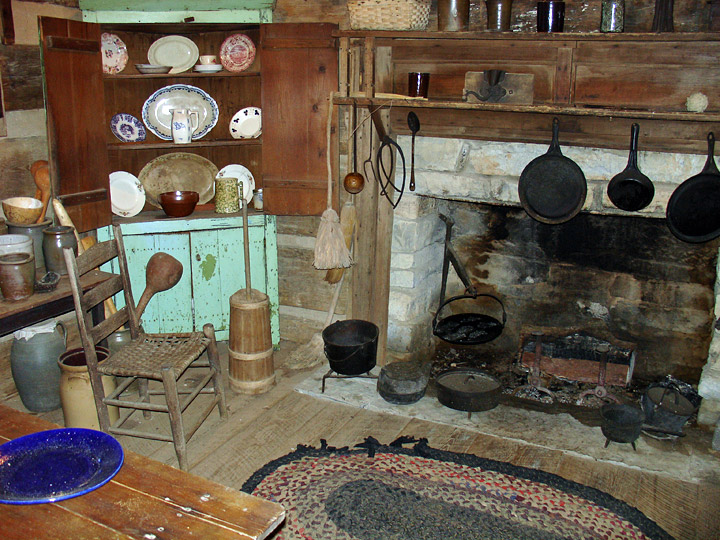 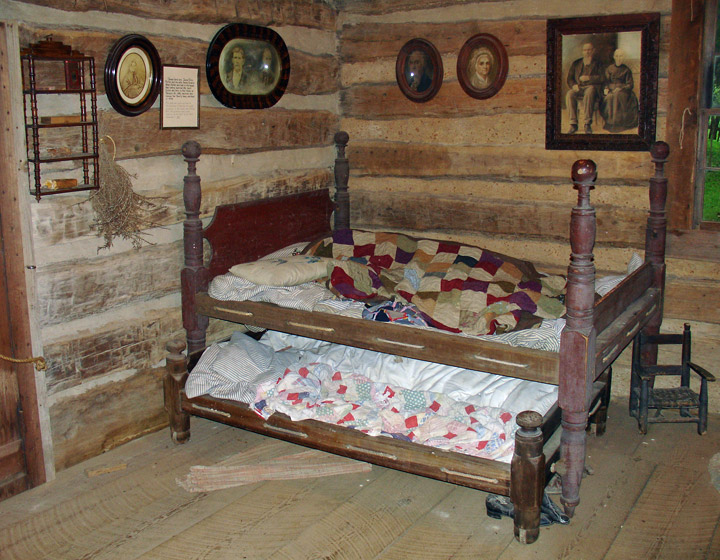 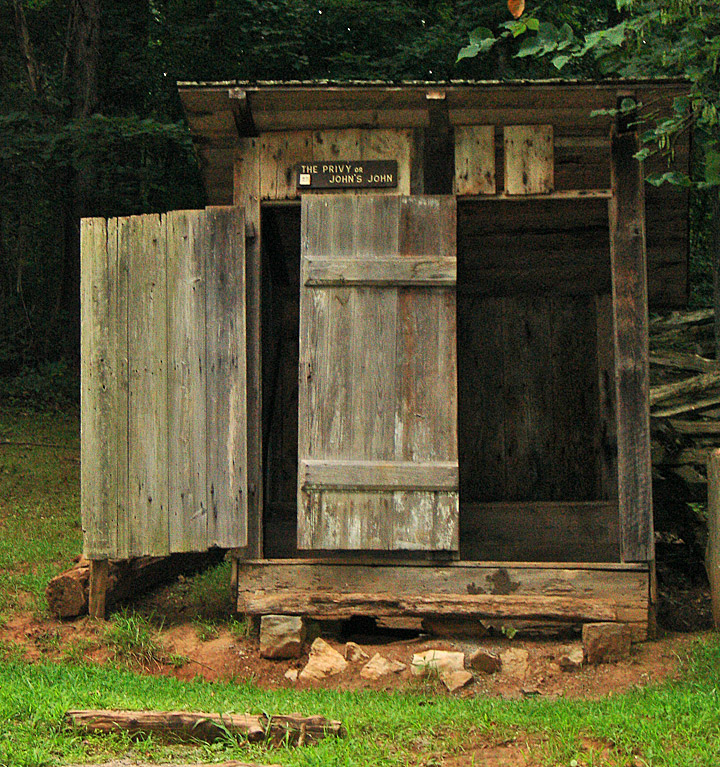 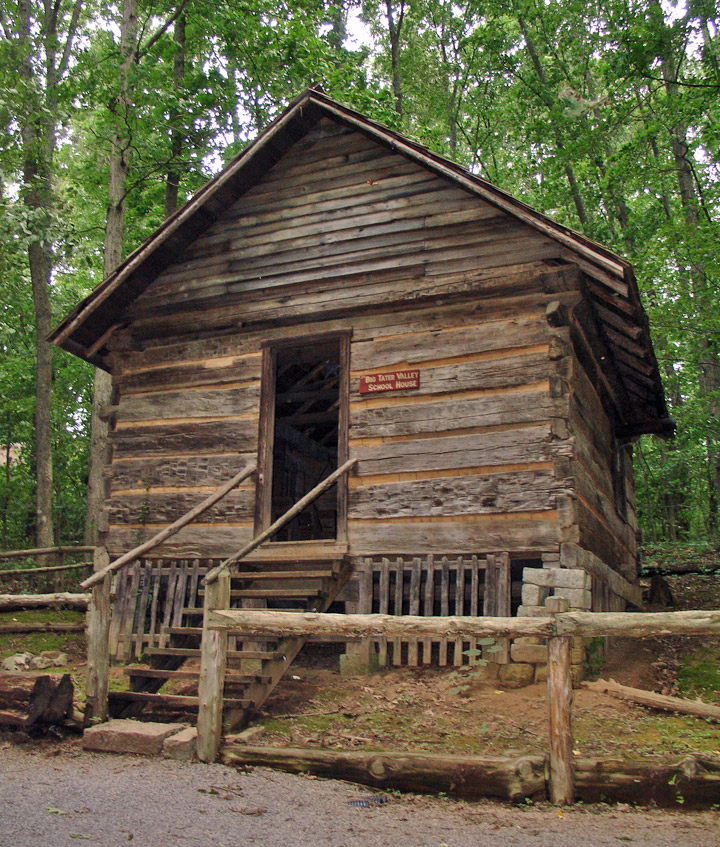 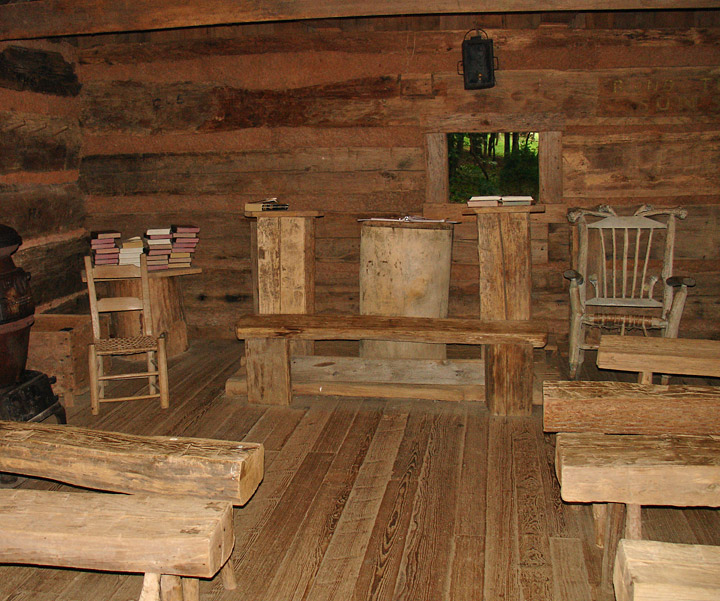 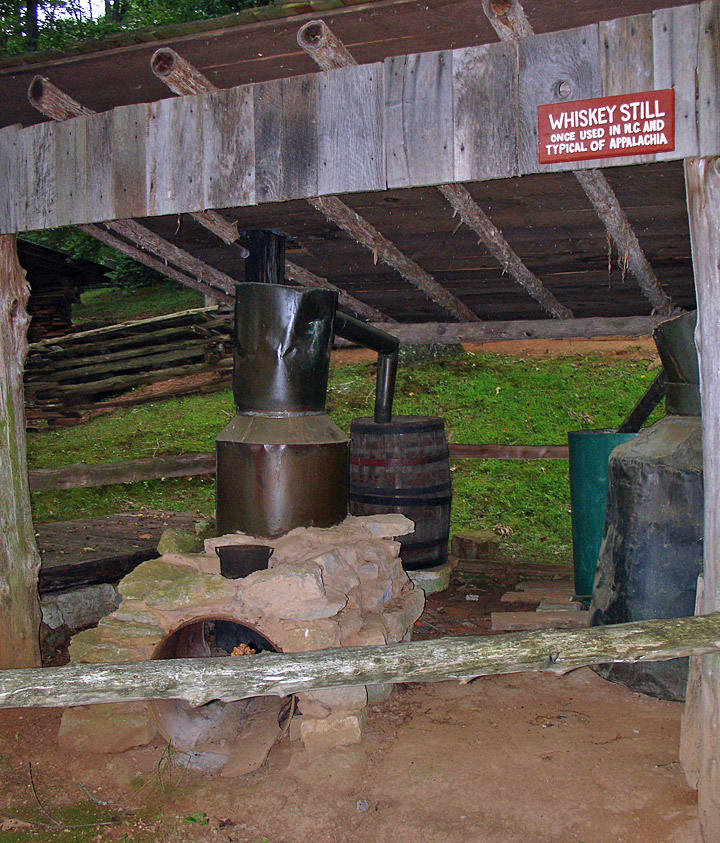 detail of the still 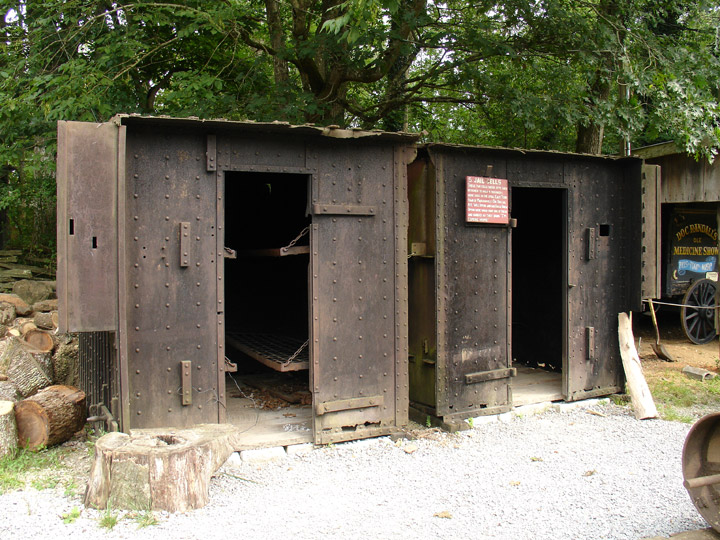 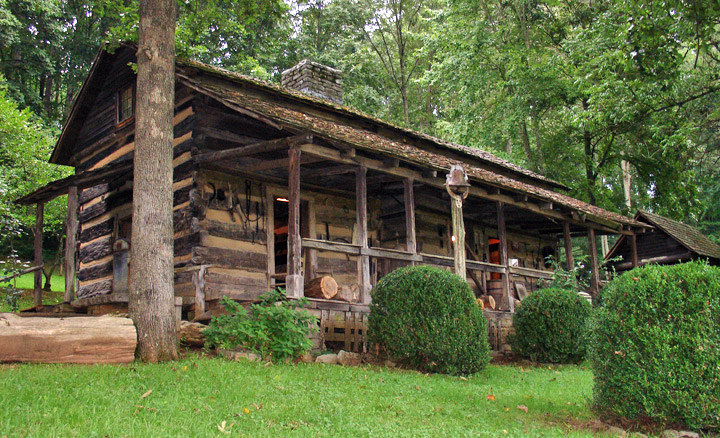