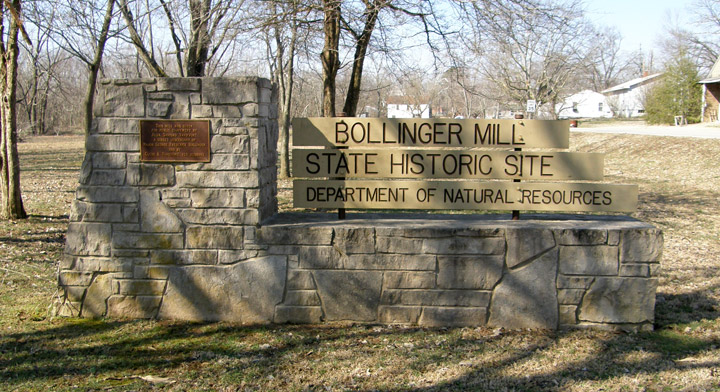 Bollinger Mill State Historic Site, the 19th-century mill and its neighboring covered bridge offer a glimpse of now-rare Americana that once might have been expected around many turns in a Missouri road. 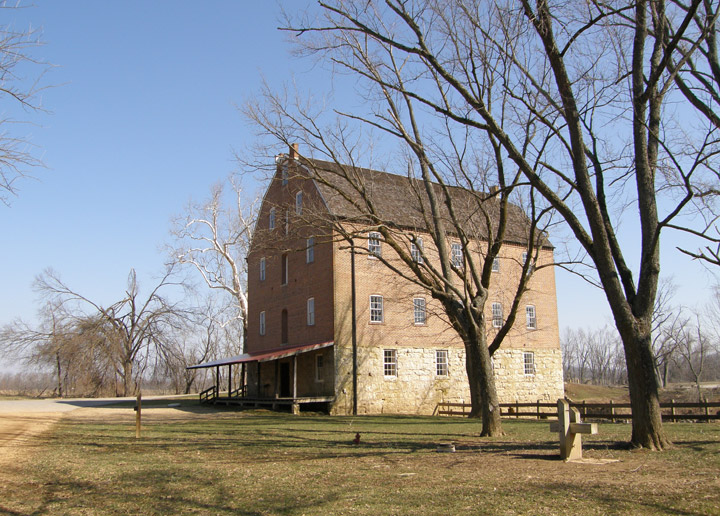 The present mill, dating to the Civil War period, is a massive four-story stone and brick building where visitors can still observe corn being ground into meal by water power - just as it was done long ago. The succession of three mills that have stood on this site represent more than 200 years of milling history. The Burfordville Covered Bridge standing alongside stretches its 140-foot span across the Whitewater River, which powers the mill. Begun in 1858, it is the oldest of only four remaining covered bridges in Missouri. 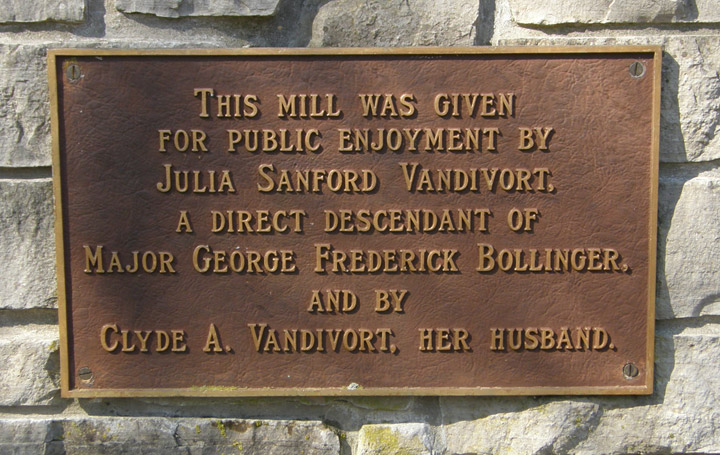 In early America, a water-powered mill usually precipitated the creation of local townships. In Missouri, the cool, clear streams of the Ozarks were ideal for water-powered mills and the communities they spawned. Farmers would camp with their entire families near the mill while waiting to have their grain ground into meal and flour. These gatherings often became the social focus of an area. Bollinger Mill State Historic Site provides a glimpse into this 19th-century way of life. 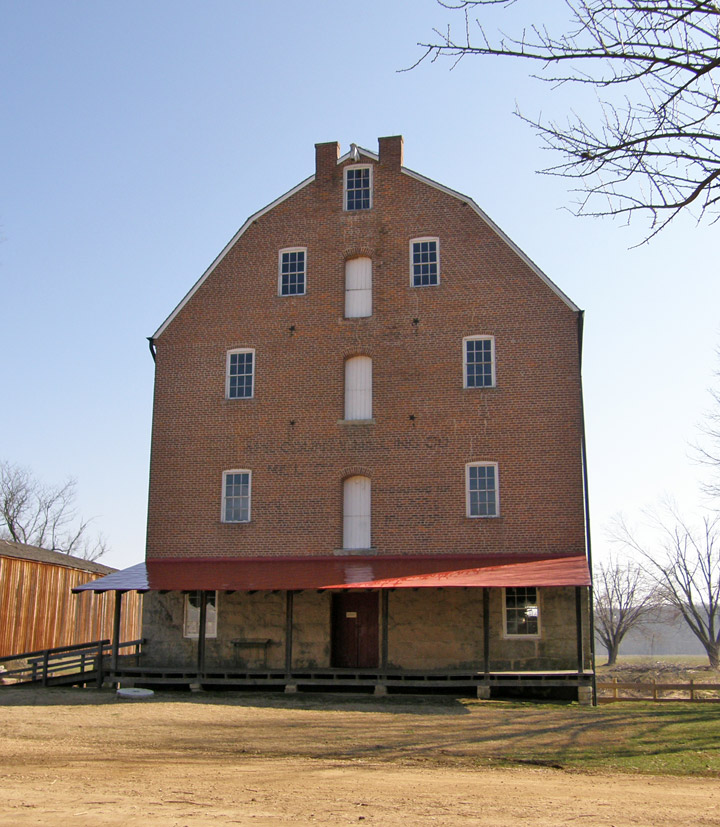 After receiving a Spanish land grant, George Frederick Bollinger led a group of families from North Carolina to this area and in 1800 began construction of a mill and dam on the Whitewater River. The mill quickly became successful and by the 1820s, a road linked Bollinger Mill with surrounding communities. Bollinger himself became well known, entered politics, and served as a senator in Missouri's first general assembly. 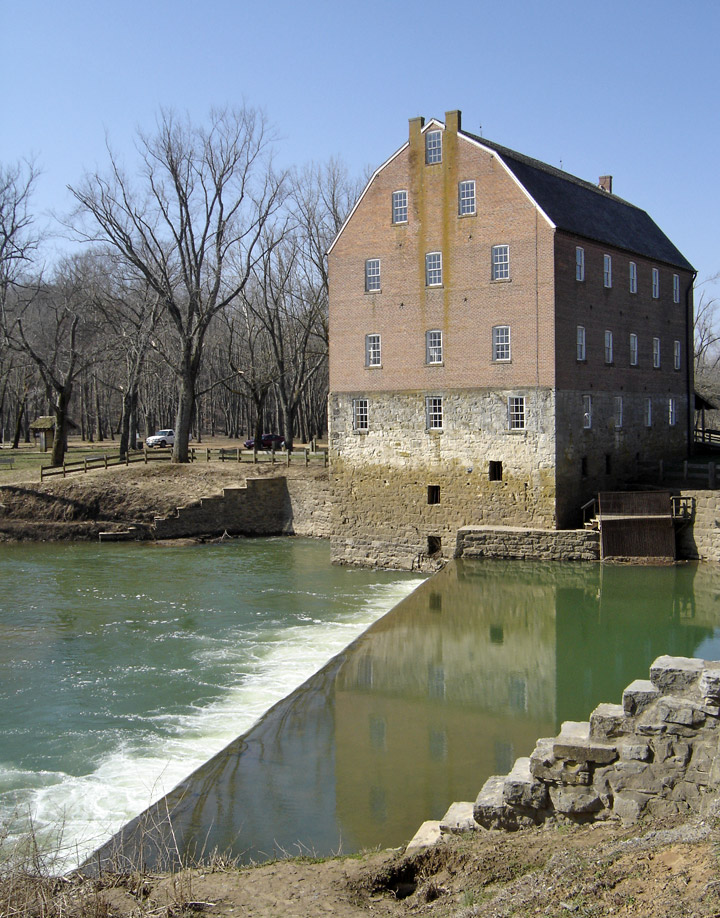 The mill and dam, originally constructed from logs, were rebuilt in stone in 1825 and this limestone foundation and dam are still visible today. When Bollinger died in 1842, his daughter, Sarah Daugherty, and her two sons continued to operate the popular mill. 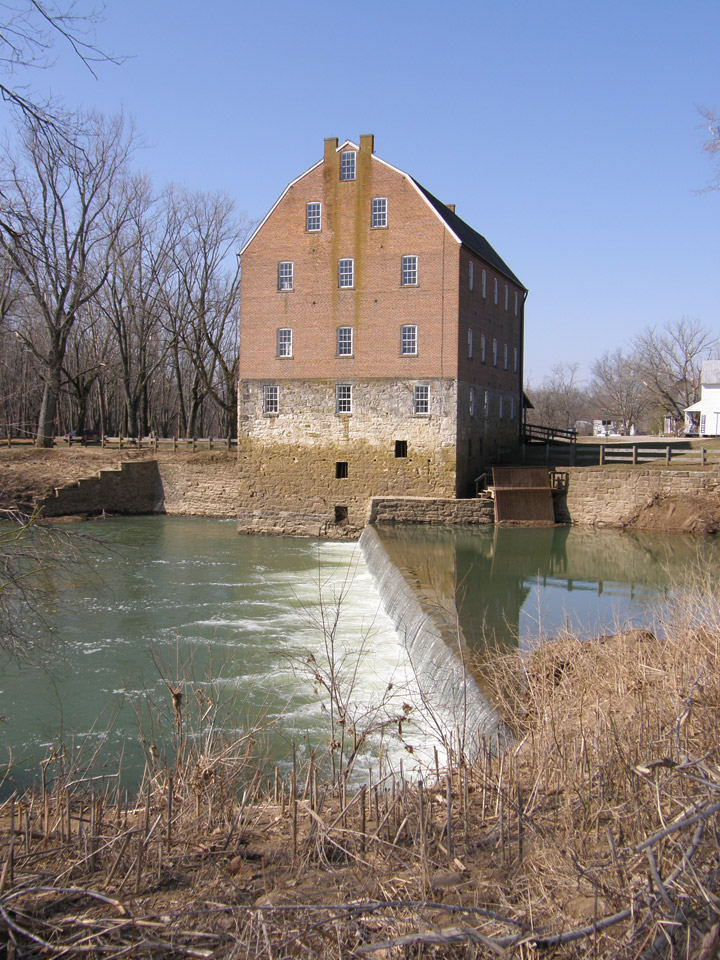 During the Civil War, Union forces burned the mill to prevent the passing of flour and meal into rebel hands. Only the stone foundation survived. 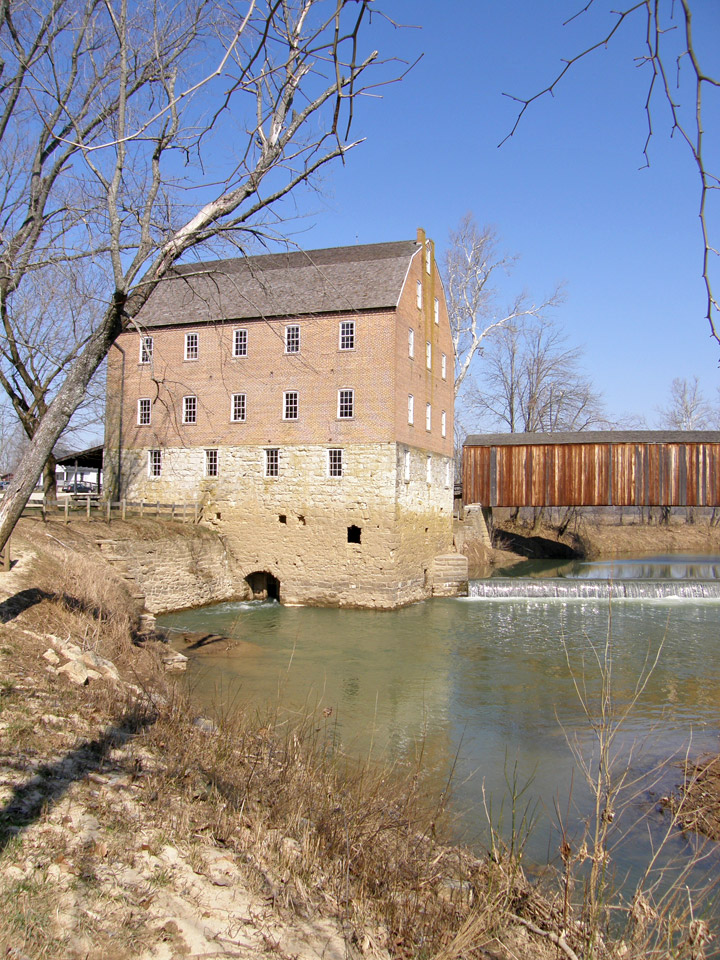 After the war, the family sold the mill and 640 acres to Solomon R. Burford, who rebuilt the mill of brick upon the original stone foundation. The present-day, four-story stone and brick mill was completed in 1867 and Burford's initials are still visible on the wall inside the front door. It was probably at this time that the method of powering the mill was changed from a water wheel to a more efficient, water-driven turbine. 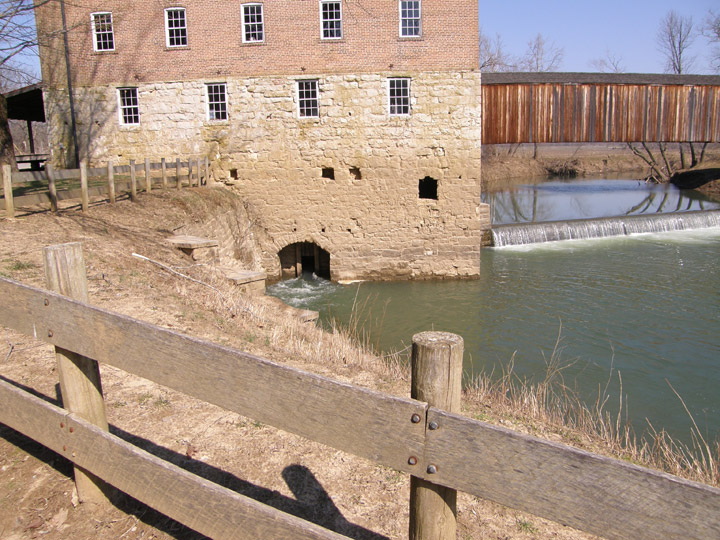 It was also at this time that the town of Burfordville came into existence. Construction of a covered bridge, begun before the war, was completed in 1868 and linked Burfordville to the main road. Made from nearby yellow poplar trees, the bridge was built by Joseph Lansmon, a well-known builder from Cape Girardeau. He used a Howe truss design, wherein diagonal wooden compression members are used with vertical iron rods in tension to form trusses. Historical records show that there was a toll house on the east end of the 140-foot-long bridge. 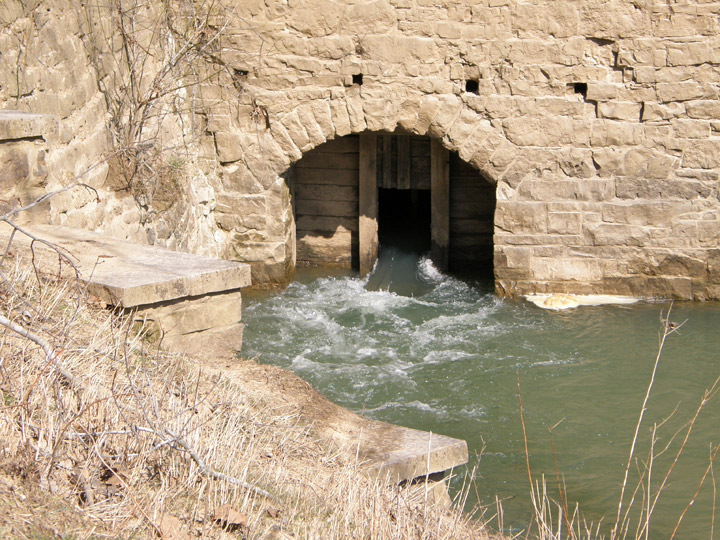 effluent from the mill 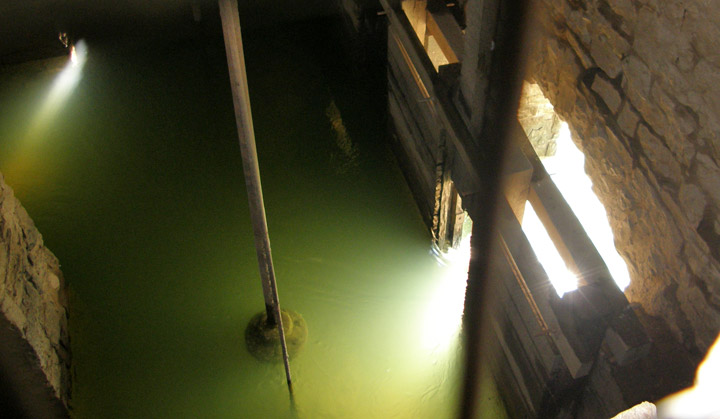 in the mill waterway

From 1897 to 1953, the mill was owned by the Cape County Milling Co. After the milling company went out of business in 1953, the mill was sold to the Vandivort family, relatives of George F. Bollinger. The Vandivorts, interested in seeing the mill preserved, donated it to the Cape Girardeau County Historical Society in 1961, who in turn donated it to the state in 1967. That same year, the Missouri legislature authorized the state park system to maintain all four of Missouri's remaining covered bridges. 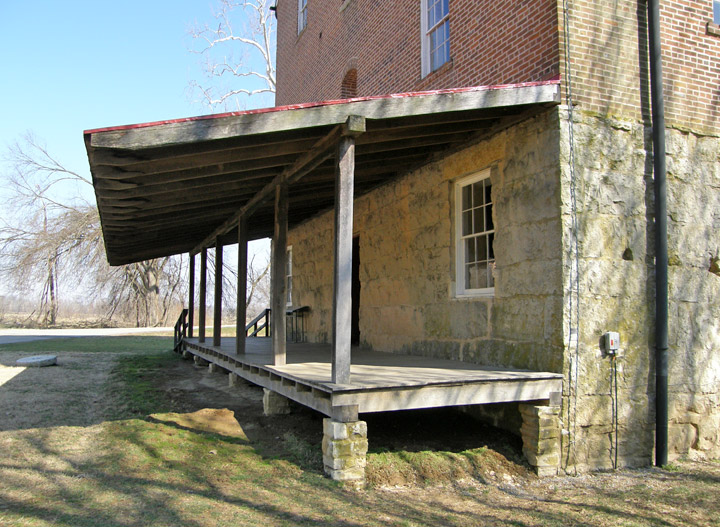 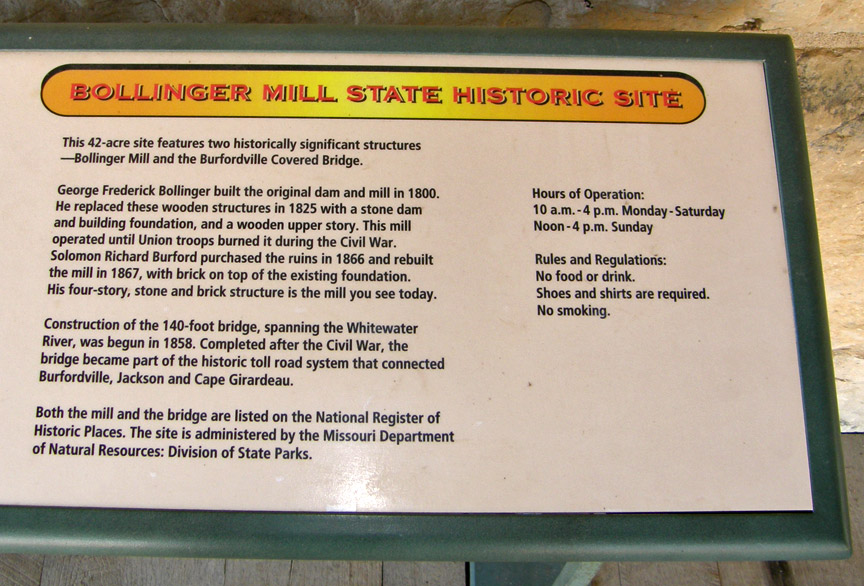 Bollinger Mill has been restored as an operating, water-powered grist mill. Water from the millpond is diverted through the limestone understory, where it must pass through, and power, the turbine as it leaves the building. The mill contains examples of milling machinery such as separators, scourers, roll stands, millstones, bolters, purifiers, bran dusters, conveyors and chutes. Live demonstrations of making stone-ground cornmeal - as well as museum exhibits - interpret the evolution of milling in the 19th and early 20th centuries. Bollinger Mill State Historic Site is unusual in featuring both a working mill and a covered bridge, side by side. The 43-acre site also has a tree-shaded picnic area, a quarter-mile of stream bank and the historical cemetery where the remains of George Frederick Bollinger and members of his family rest. 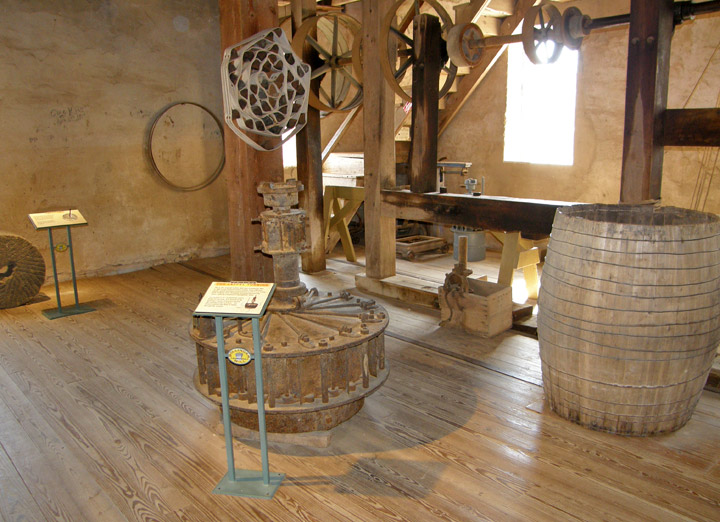 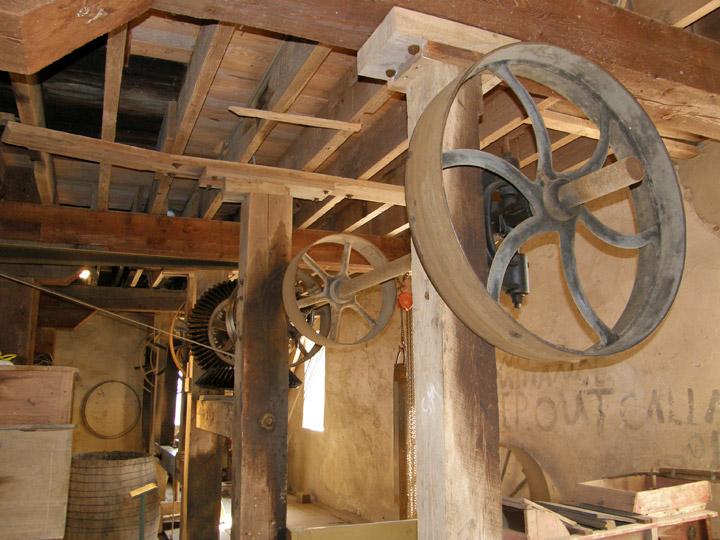 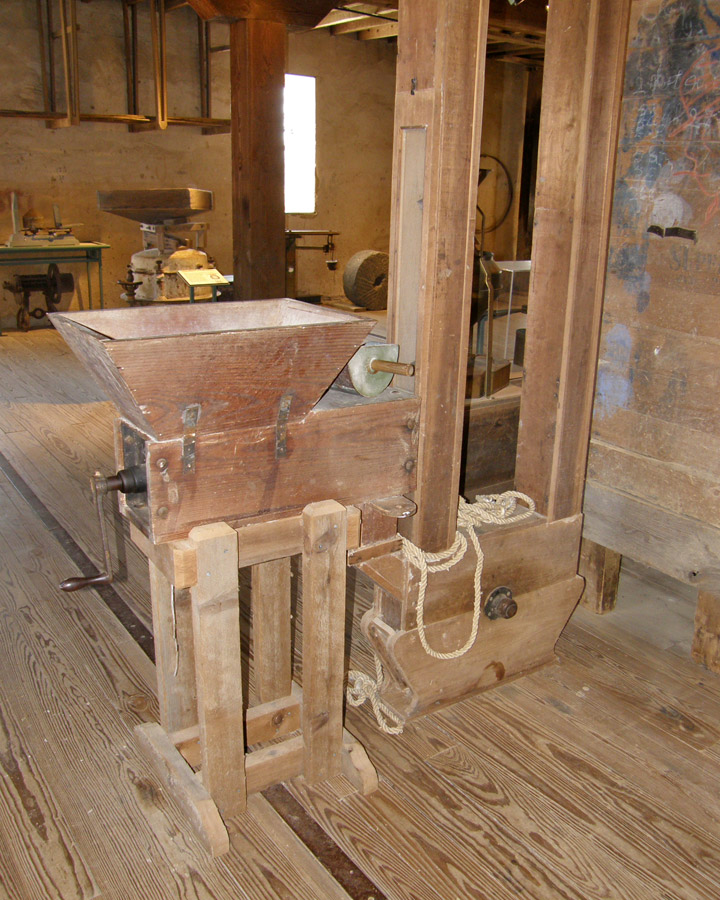 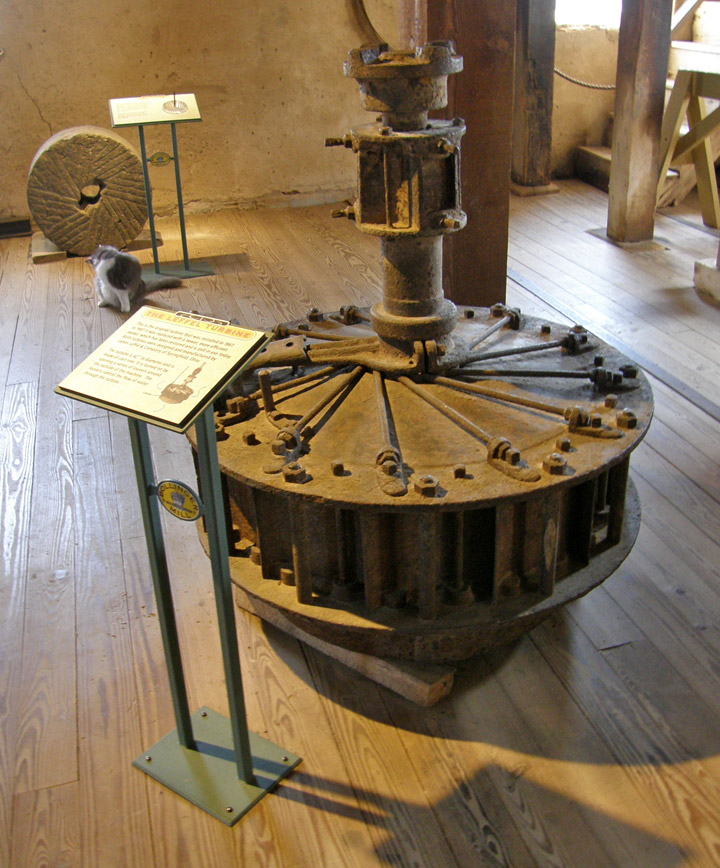 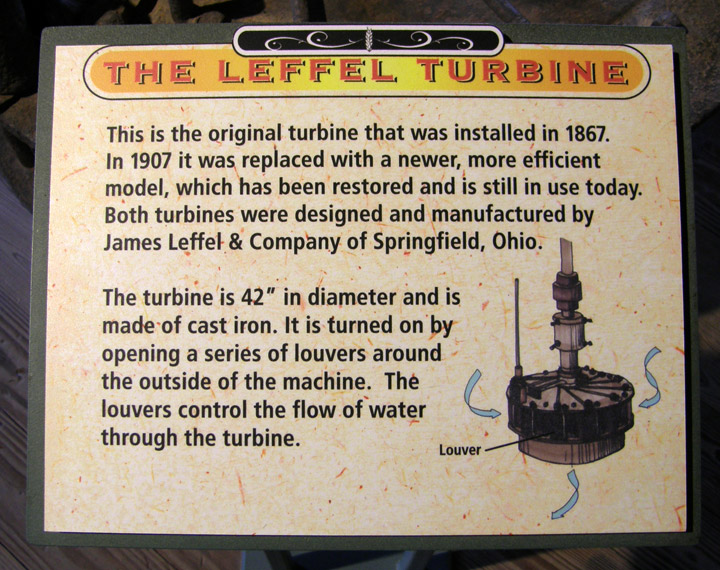 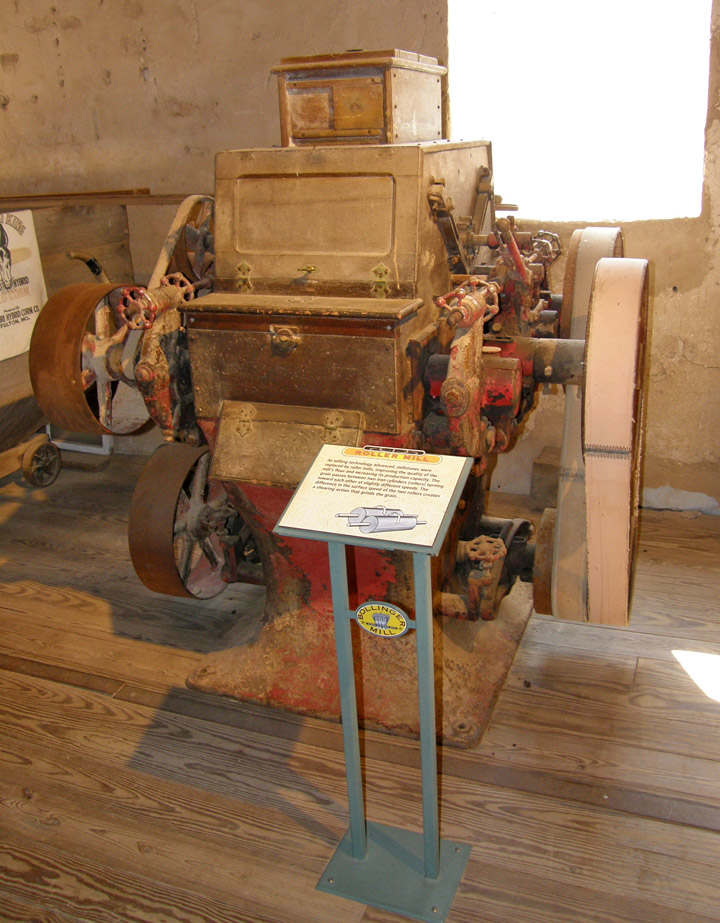 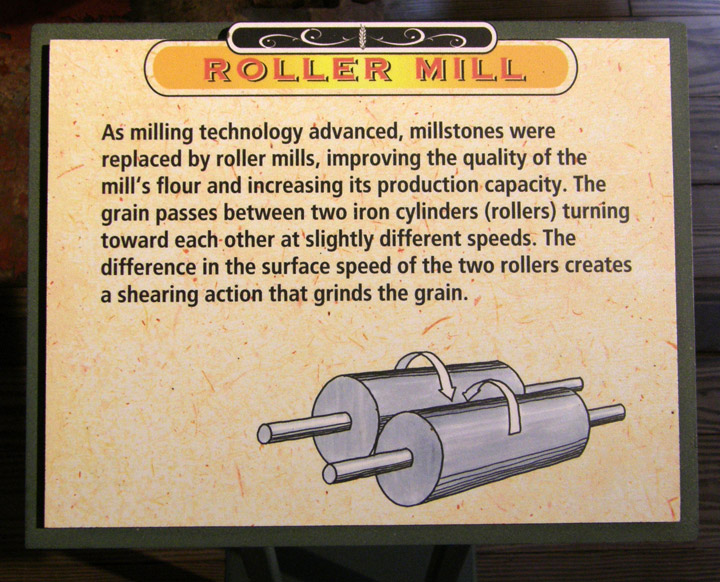 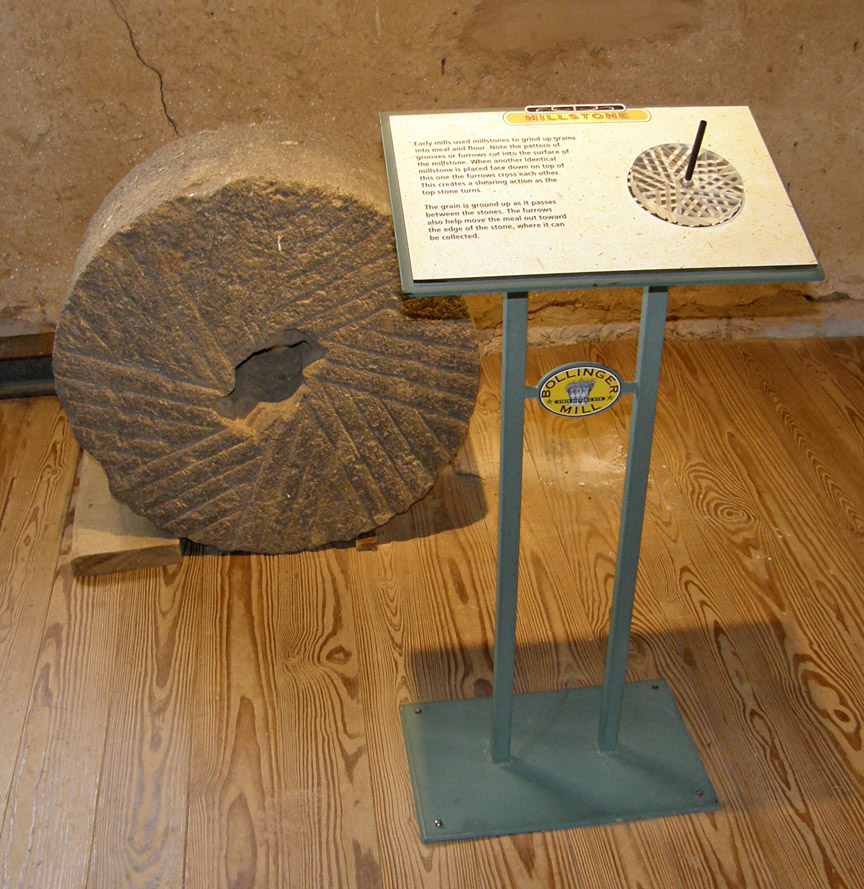 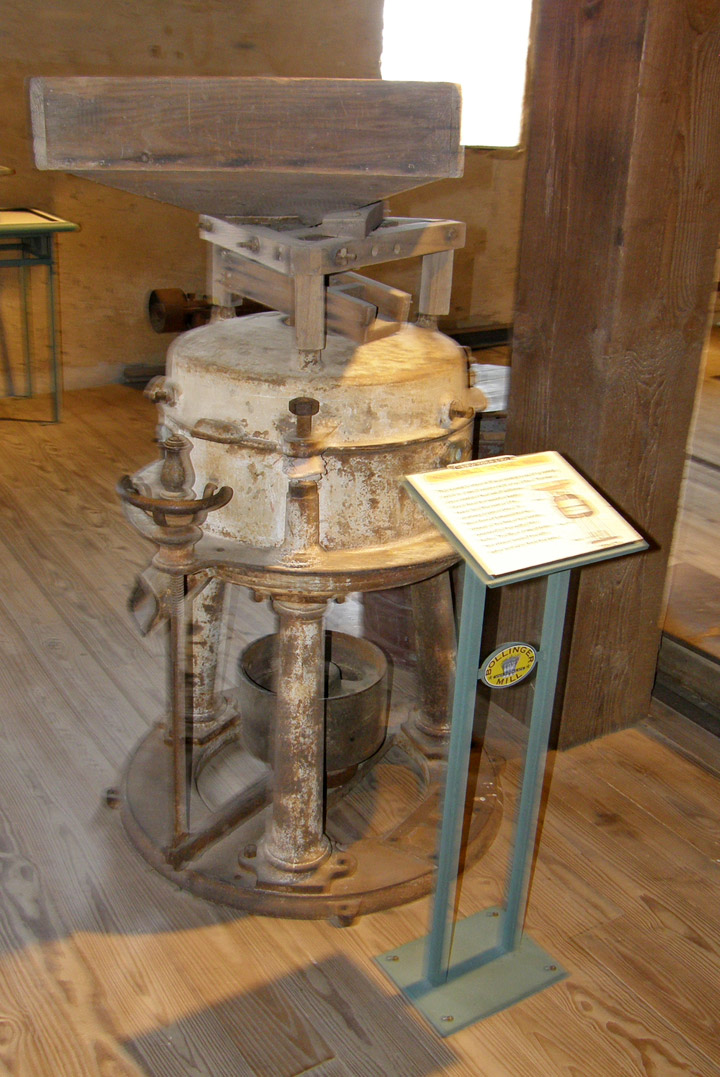 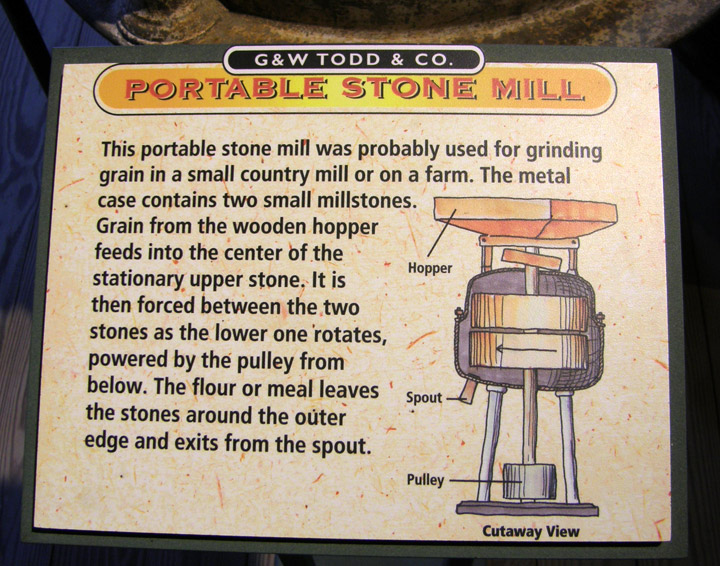 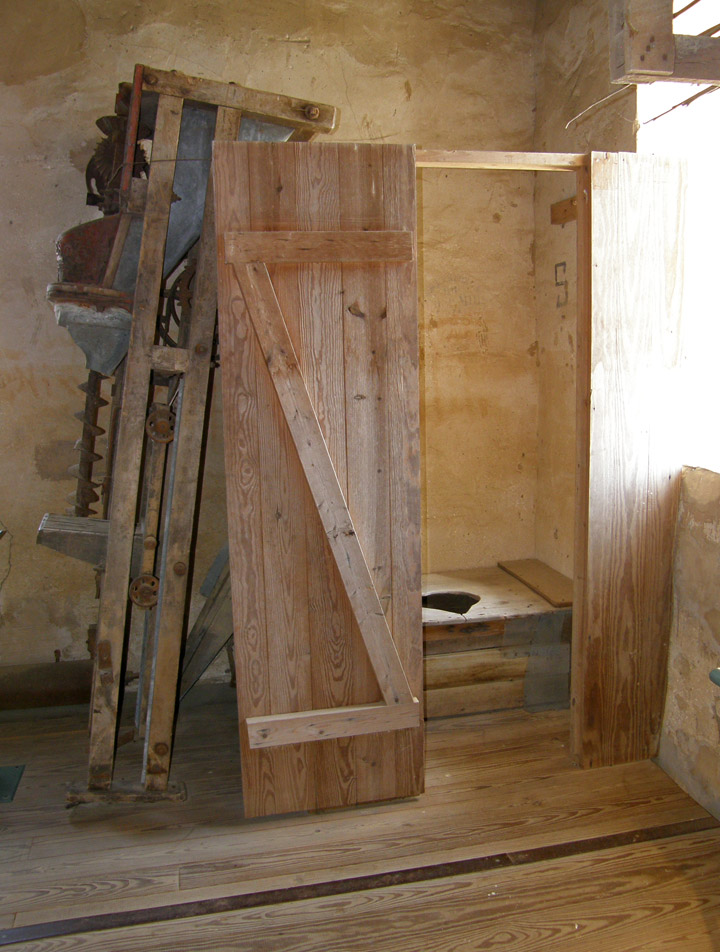 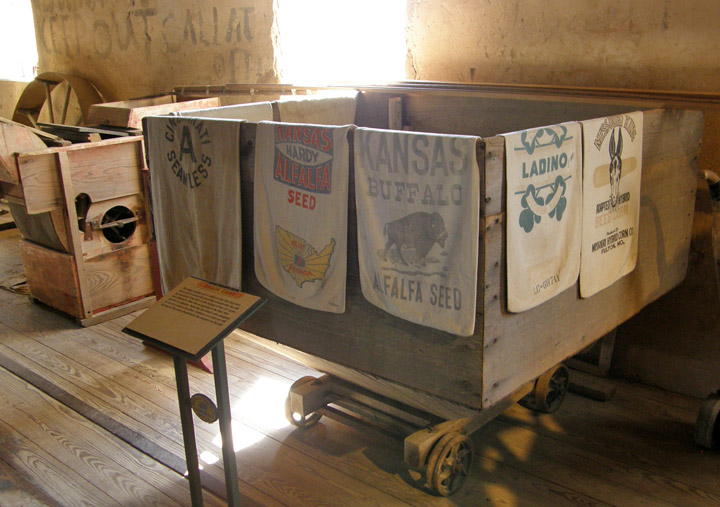 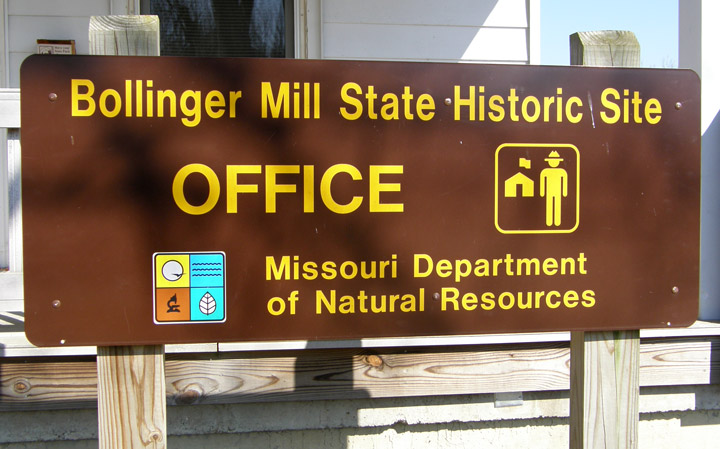 tours available at the office